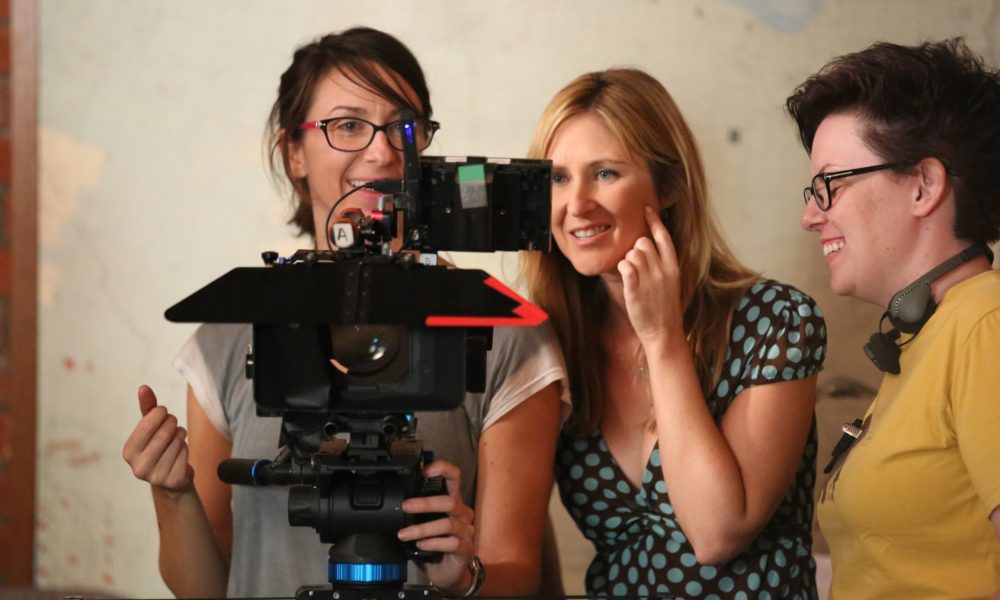 Today we’d like to introduce you to Rainy Kerwin.

Rainy, let’s start with your story. We’d love to hear how you got started and how the journey has been so far.
I started as an actress in Los Angeles and was frustrated with the lack of funny roles for women. So, I began writing. Producing was also born out of necessity. I had projects that I wanted to move forward, so I needed to get them out there. It’s Raining Films was formed in 2008. It was the production company behind the film “The Wedding Invitation”

Overall, has it been relatively smooth? If not, what were some of the struggles along the way?
It’s been a long road and not a smooth one. The biggest obstacle has always been accessing. Getting access to the levels and the people I need to move projects forward. I’ve had projects that have been almost fully funded and fallen apart. And when a project falls apart, you’re back at square one. Attachments are key to getting a film financed. And without access to name actors, high level producers and production companies, it’s a hard road. I’ve found that the solution for me has always been to create my own. With “The Wedding Invitation,” rather than continue knocking on doors, I realized that I needed to do it myself. So, I stopped waiting for someone to permit me to make this film and I went out and funded it myself with three investors. It was not an easy path–forging a path never is. But it was the right move for me and the project, at the time. I needed to get a feature film under my belt. Also, I was aware of what I was capable of. And doing it myself gave me the freedom to bring the story I wanted to tell to the big screen.

We’d love to hear more about your company.
It’s Raining Films is a film production company. We are the production company behind the feature film “The Wedding Invitation” which is currently streaming on Amazon Prime. We have several projects in development. What we’re most proud of is that the film, “The Wedding Invitation” was the first ever film shot with an entirely female crew.

What is “success” or “successful” for you?
Happiness is my barometer for success. I have to enjoy what I’m doing. And I do. I love this space and the creative people that I work with. My day-to-day routine is constantly changing. And that’s something I love most about being a writer-director-producer.