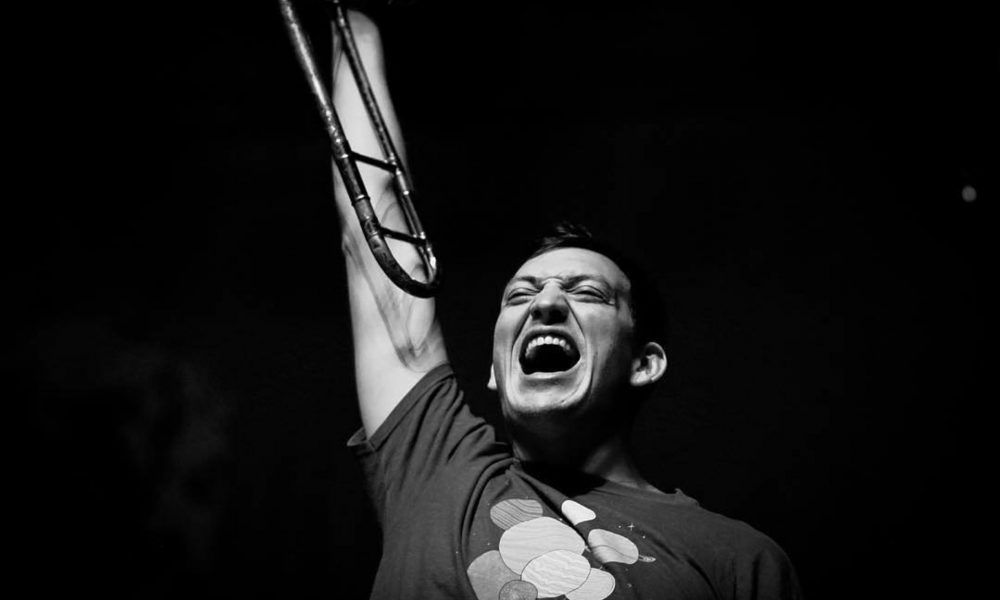 Today we’d like to introduce you to Quinn Carson.

Quinn, before we jump into specific questions about your work, why don’t you give us some details about you and your story.
Well, the trombone has been apart of my life for 20 years now. I was born in Arkansas and when I first picked up the instrument, I watched both my old brother and sister try band and orchestra as a hobby and quit when they lost interest. So I thought this was something I could try and later give up when it got stale.

But as I kept it up, I tried to play the horn better each day, and I got really into the sound of the trombone; the sound of great trombonists, like Joseph Alessi, Christian Lindberg, JJ Johnson, or some of the newer musicians like Marques Young and Michael Dease, and on their own corner of course in New Orleans was Trombone Shorty and Big Sam Williams.

In high school, I visited New Orleans with my mom and fell more in love with the trombone, and I fell in love with jazz music. New Orleans is a magical place for music. That summer, I visited the Berklee College of Music for the first time and started a band, which really shaped my preparation for getting into college, and moving out of Arkansas to Boston.

I got to go to one of the best music schools in the world, and at the time, Berklee had twelve trombone instructors on faculty teaching everything from private lessons to composition classes, classes on acoustics, songwriting, and production. It was an amazing place then for a trombone player to study, because of its wealth of knowledge about my instrument. I had a wonderful experience in college, and I learned skills there that have allowed me to carve a spot in this new era of producing music. I always describe Berklee as a place where you gained access; access to teachers, facilities, talented students, and an endless amount of information.

I got a Masters degree down the street at the New England Conservatory, wherein a different way, I was able to grow as a writer and compose more music than I ever had before, and at the end of my time at NEC, I joined Spiritual Rez, a reggae band signed out of Boston. We made some albums and spent four years traveling after school living on the road and playing shows.

Touring with bands, like Spiritual Rez & Badfish, became a big part of my life, but one of the big catalysts to move out of Boston was getting a job with Dan Gross on the music team for Comedy Central’s show “Drunk History.” I had the opportunity to join Dan in Los Angeles and produce brass tracks for his music score on the show. During production last year, I was in LA working with the team each week on sixteen episodes recording the trombone parts, and even some trumpet cues. I was able to join ASCAP and get my first credits for writing towards the end of the season. They even tapped me to organize some music cues for the show, which was a surprise opportunity and something I didn’t expect I’d ever been doing. Great experience.

Great, so let’s dig a little deeper into the story – has it been an easy path overall and if not, what were the challenges you’ve had to overcome?
I’d say that no one’s road is ever smooth. But, for me, I wouldn’t have gotten anywhere without the help from my parents and my family. I feel like my mom is the person in my life who knows the entire story, who’s been apart of my personal journey from a young trombonist to becoming a career musician.

I think one of the struggles for a musician or a band, who tours year-round, is trying to make the best business decisions. There was a moment when Spiritual Rez joined a national booking agency, and the first opportunity we were offered was to go on tour supporting a bigger band. The offer took place between two tours already booked by our old smaller agency, and we would have been stretched very thin if we took it. Thinking that we could assume this new agency would have more offers like this, we declined it and ultimately didn’t get another offer similar. It kinda put a damper in our momentum, so seeing opportunities and trying to make the right decisions is probably one of the hardest things to do in the music business or as a freelance entrepreneur. But as I spend time examining the situations my friends and I have been apart of, I feel like I get a better understanding of how to navigate this world.

Can you give our readers some background on your music?
I’ve lived full-time in LA as a freelance musician for a year now, playing trombone and producing horn parts at my house in Echo Park. I record music with bands, arrangers and other horn sections, play private gigs, and I’ve spent time teaching music theory to producers around LA, who want to learn more about their own productions and the fundamentals of music. I’m working on a new project now with Jake Knox. He’s a good friend from college producing EDM/pop music out here. I’ve been playing trombone through FX pedals for the last few years, and this has been a great project to explore new sounds. We’re playing in New York, Philly, Jersey & Boston for the first time in November, so we’re excited for the upcoming year. I also have some of my own work coming out soon that’s SUPER trombone heavy.

I’m proud of the work we do on “Drunk History.” It’s a great experience working on a music team and creating something together that’s headed for air. I tune into a network, like Comedy Central, that I’ve followed my whole life, and hear my own trombone playing behind some wasted actor. It’s bliss, haha.

I’m also proud of some of the opportunities I’ve already had to perform with fabulous musicians in LA. Phil Lassiter is a great band-leader and arranger. It’s been beneficial to play within his band, Philthy, record horns for him at Capitol Records, and to play in Rickey Minor’s band at Clive Davis’ Grammy Gala. These opportunities blow my mind sometimes because of all the killers onstage. Its forever a learning experience and I am grateful.

And of course I’ve had my fair share of “Almost-happened” gigs; ones I wasn’t available for or that fell through. And that can be a tough moment! It’s challenging for yourself to see possibilities lost, but I use these situations to reenergize my passion for music, for the trombone, and where I want to be because it is reassuring and wonderful to get a call. It means you’ve put in work to make that happen, and it shows how important it is to keep working and building inch by inch every day.

I believe a big part of my trombone playing is the idea of teamwork. In a horn section, I like to provide consistent support and foundation for the lead instruments, like trumpets and saxes, and I love to create horn lines that do that. I feel like from certain positions in the band, or from certain positions in the orchestra, you have to have a team-first mindset. You need a mindset in which you want to help your bandmates play better. I want to make your band a better band by how I support them, and to create musical moments that can elevate their artistry.

Using energy, and a thoughtful way of approaching musical situations, I can be someone a band counts on to add value to their music. I spend Monday nights in Hollywood at Tha Juice Joint playing with the house band, and I make up improvised horn lines on the spot to support the singers onstage. From a horn player’s perspective, it’s a great jam to work on balance and the teamwork-oriented aspect of music. It’s a place to work on passing the ball, and it definitely has a family vibe.

Is there a characteristic or quality that you feel is essential to success?
Here in Los Angeles, it’s important to have a real understanding of how to connect with people and to be truthful and open to everybody you meet. It’s something to work at. For me, I think it’s important to be apart of the music community in LA. One thing I appreciate is meeting other musicians, who have dedicated themselves to being involved in the actual music community, and I’m happy thinking this is a quality way to create opportunities for yourself and meet people in this business.

I’m here to try and accomplish my dreams of performing for anybody and everybody in the music industry and to be apart of one of the best music communities in the world. My desire to improve and add value to people’s projects has given me chances to join bands and create horn parts or background parts in their music, and to help produce the final stages of their creative process in making an album. I want to become more involved earlier and earlier in the production phases with artists to help create more music with them at the start, and I think that only happens if they think you can improve and bring something special to their ideas. 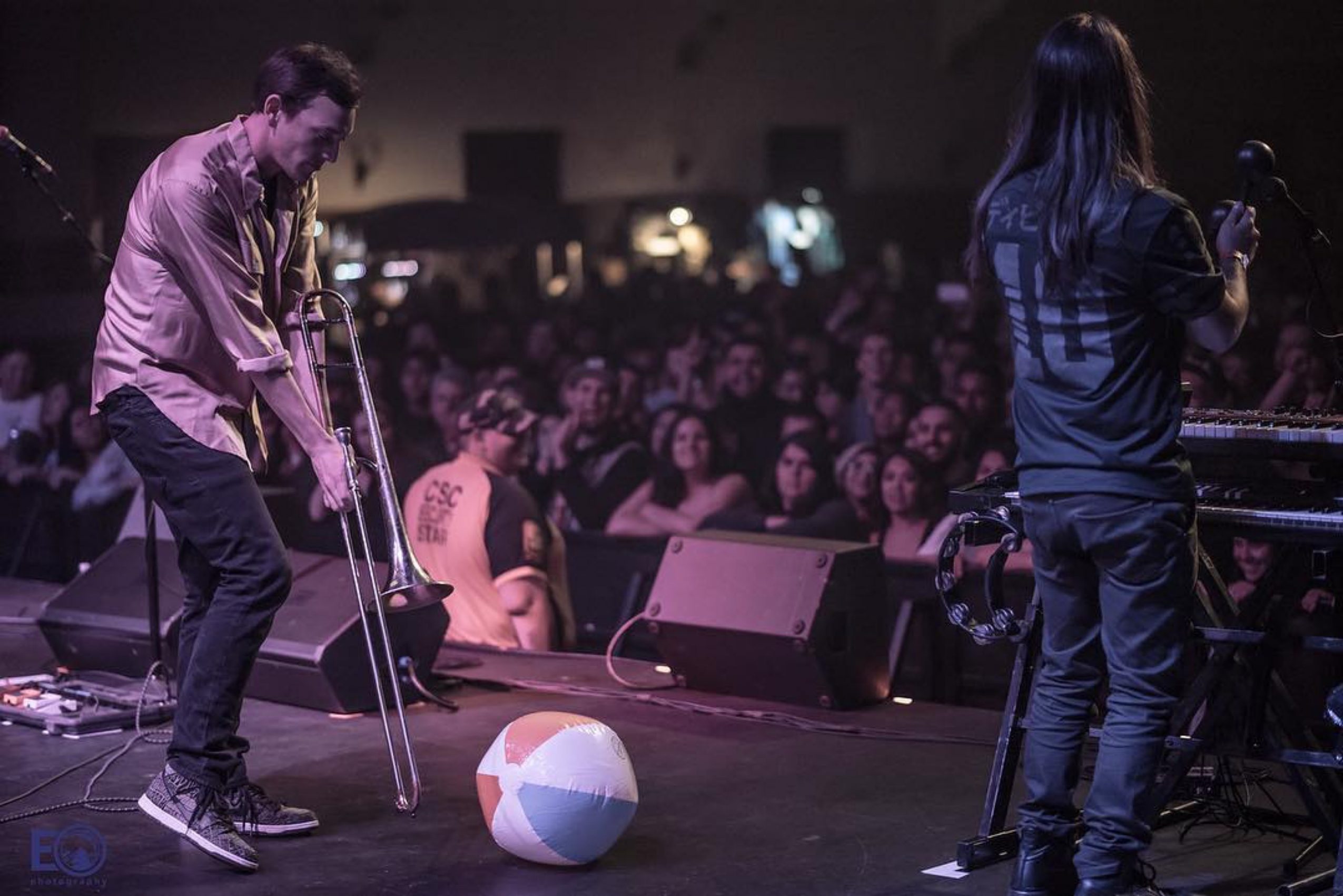 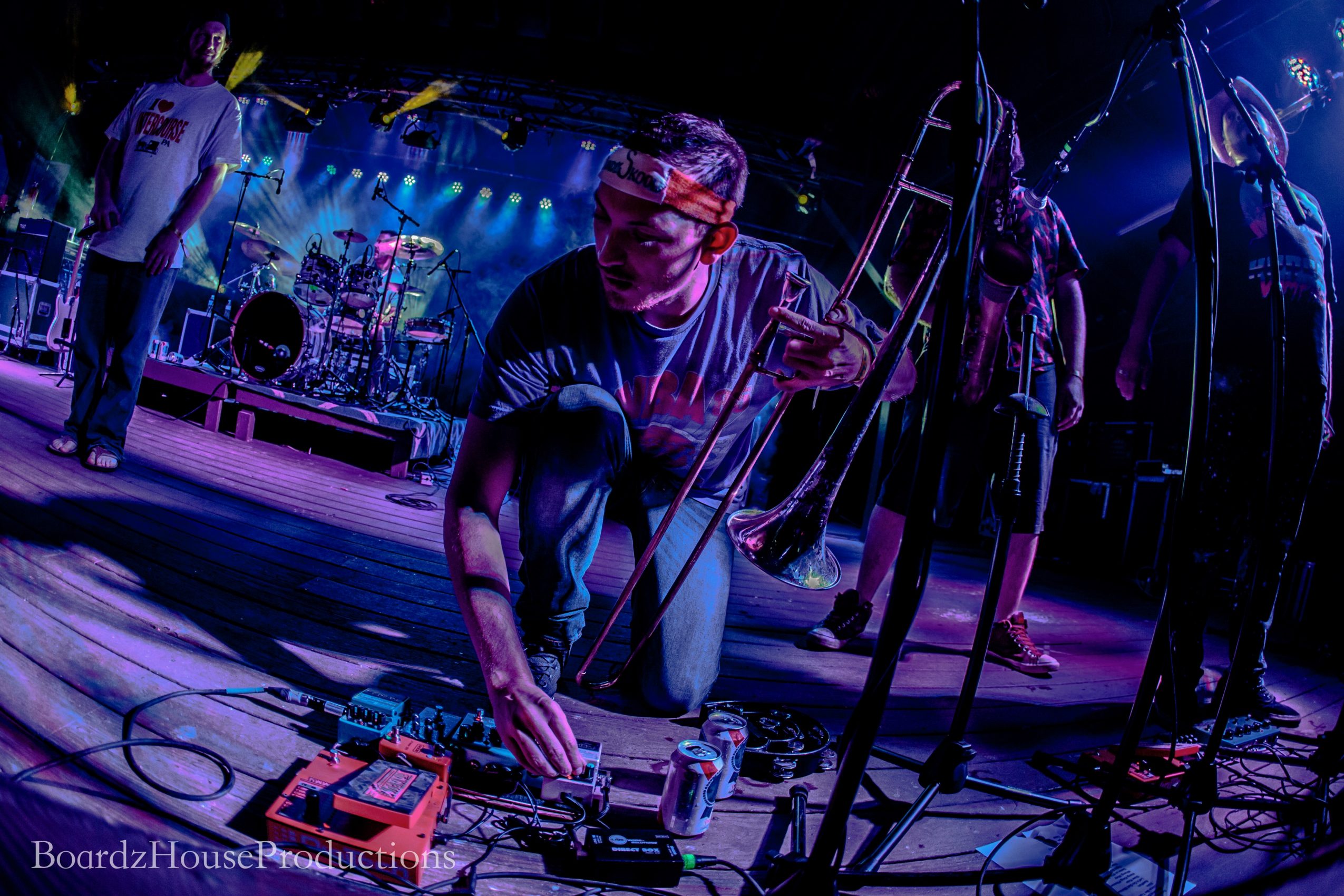 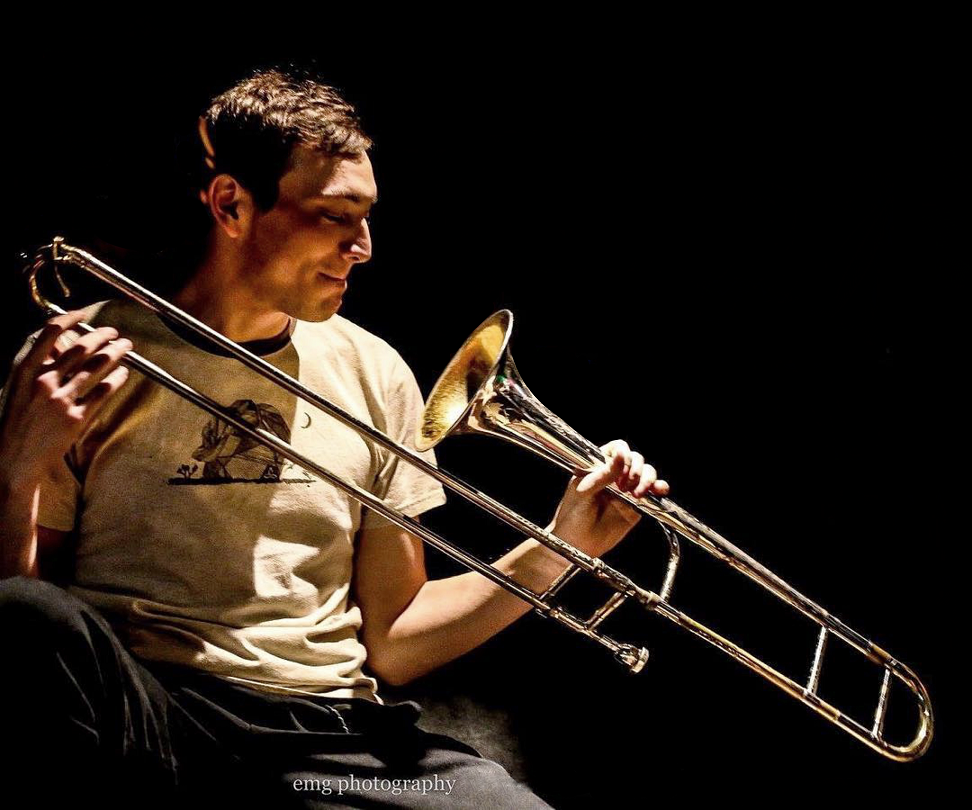 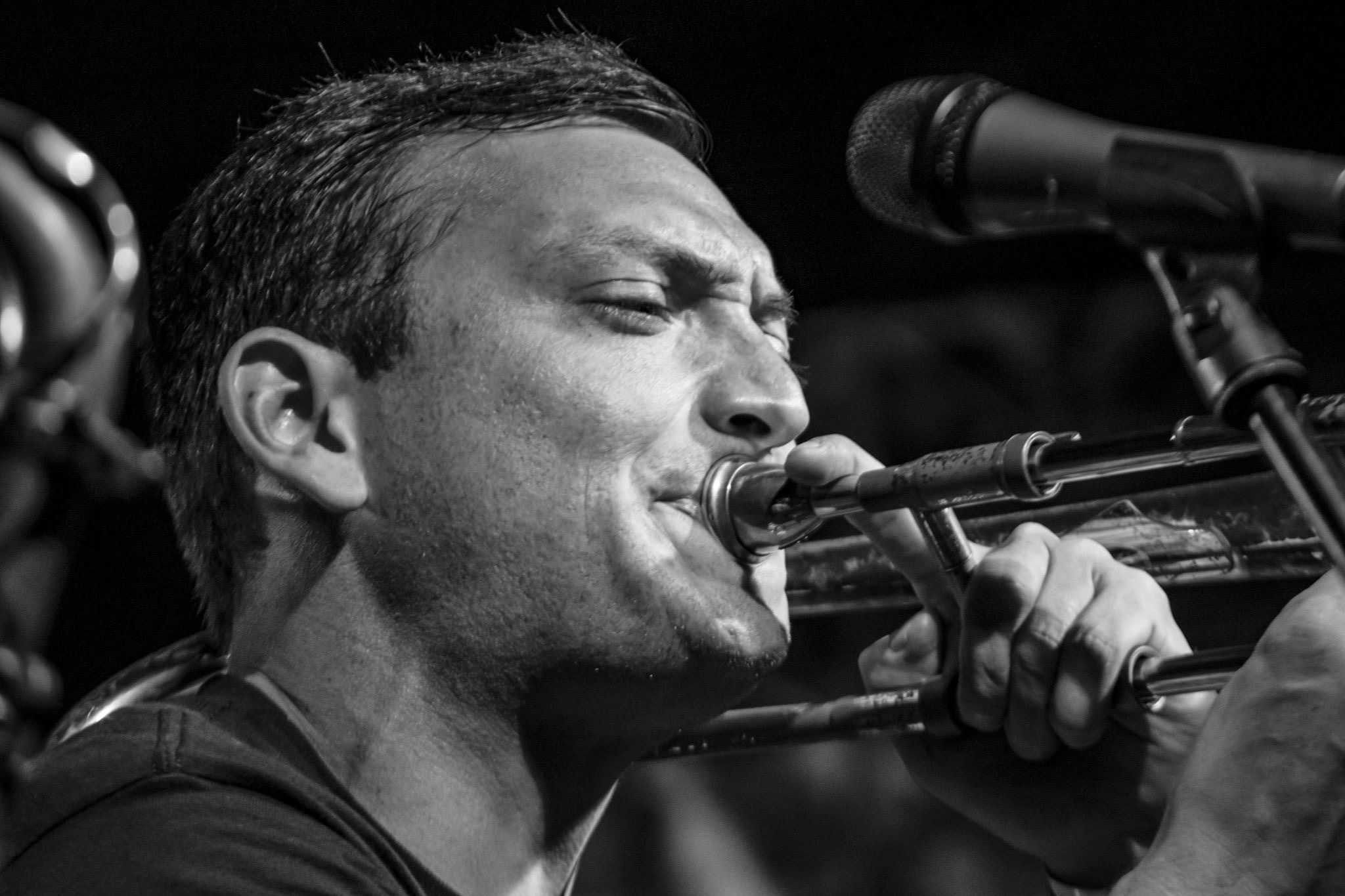 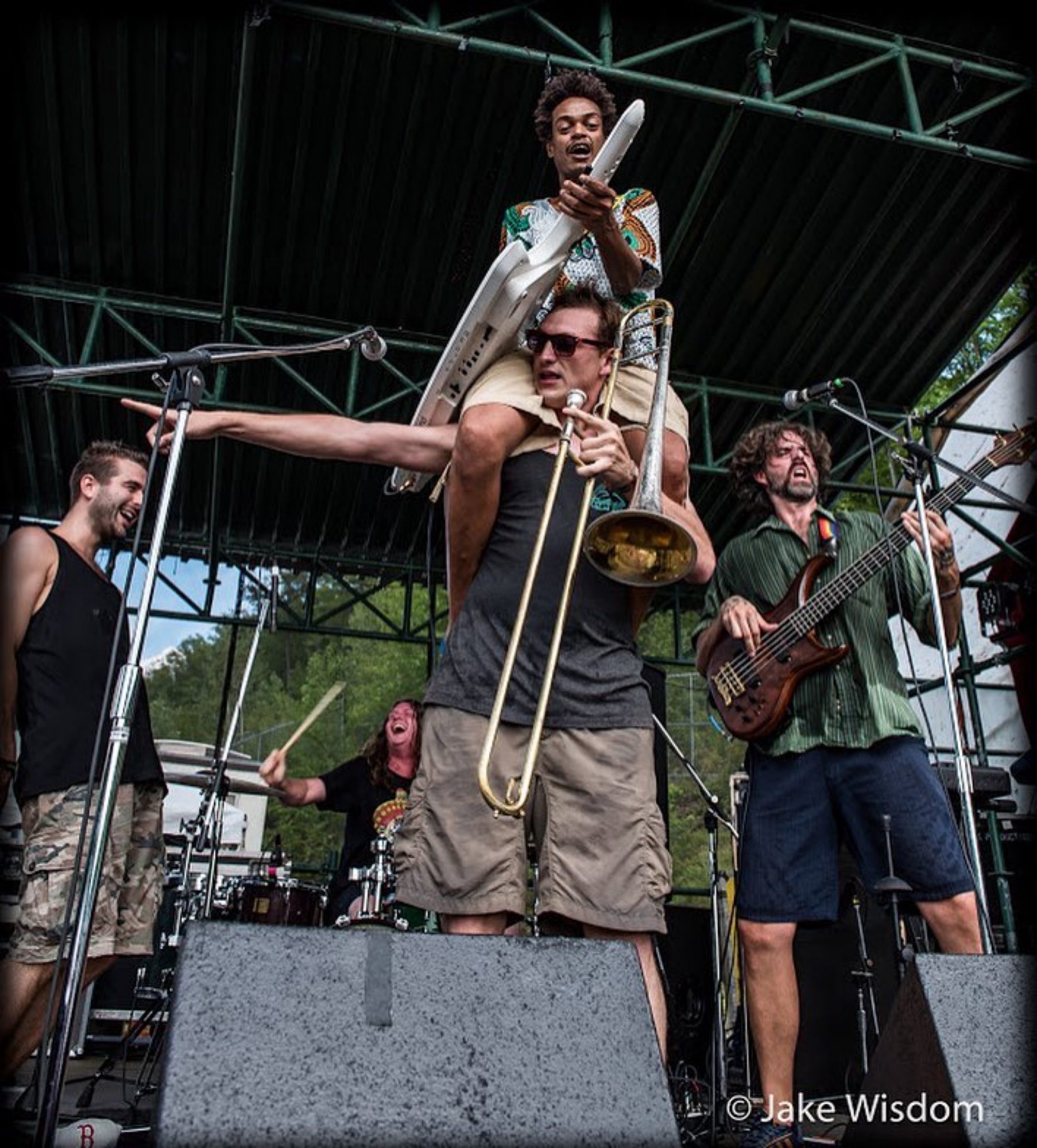 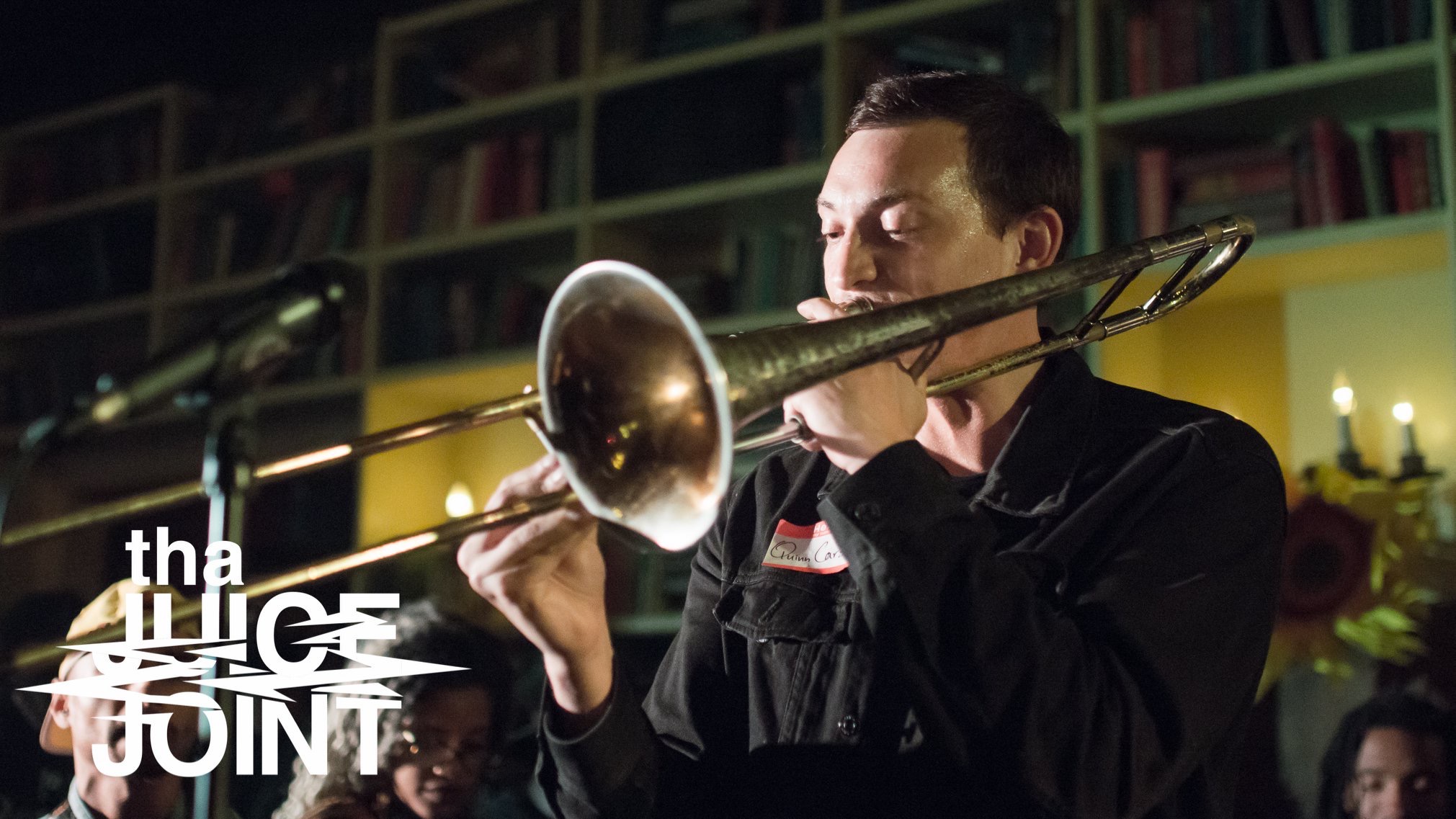 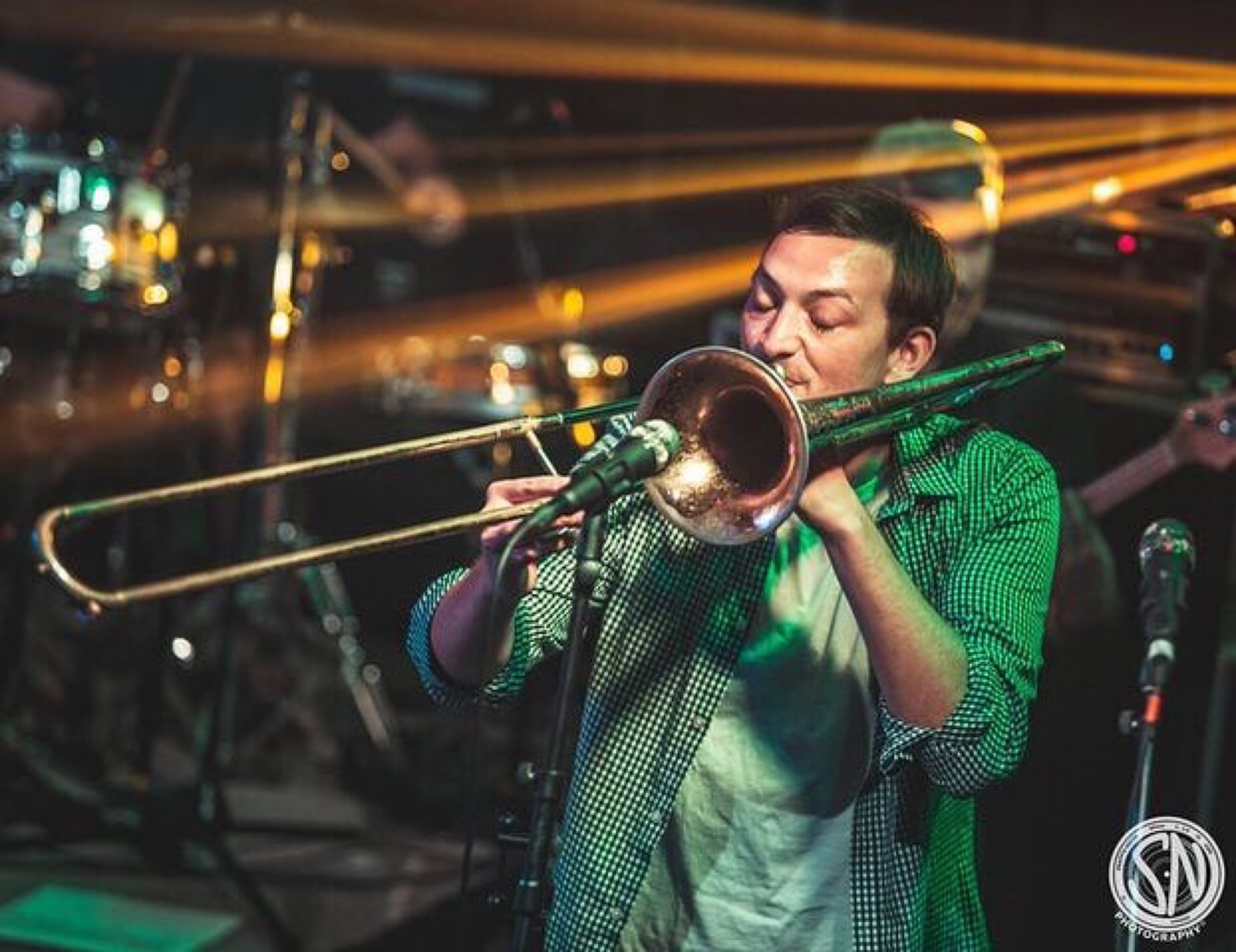 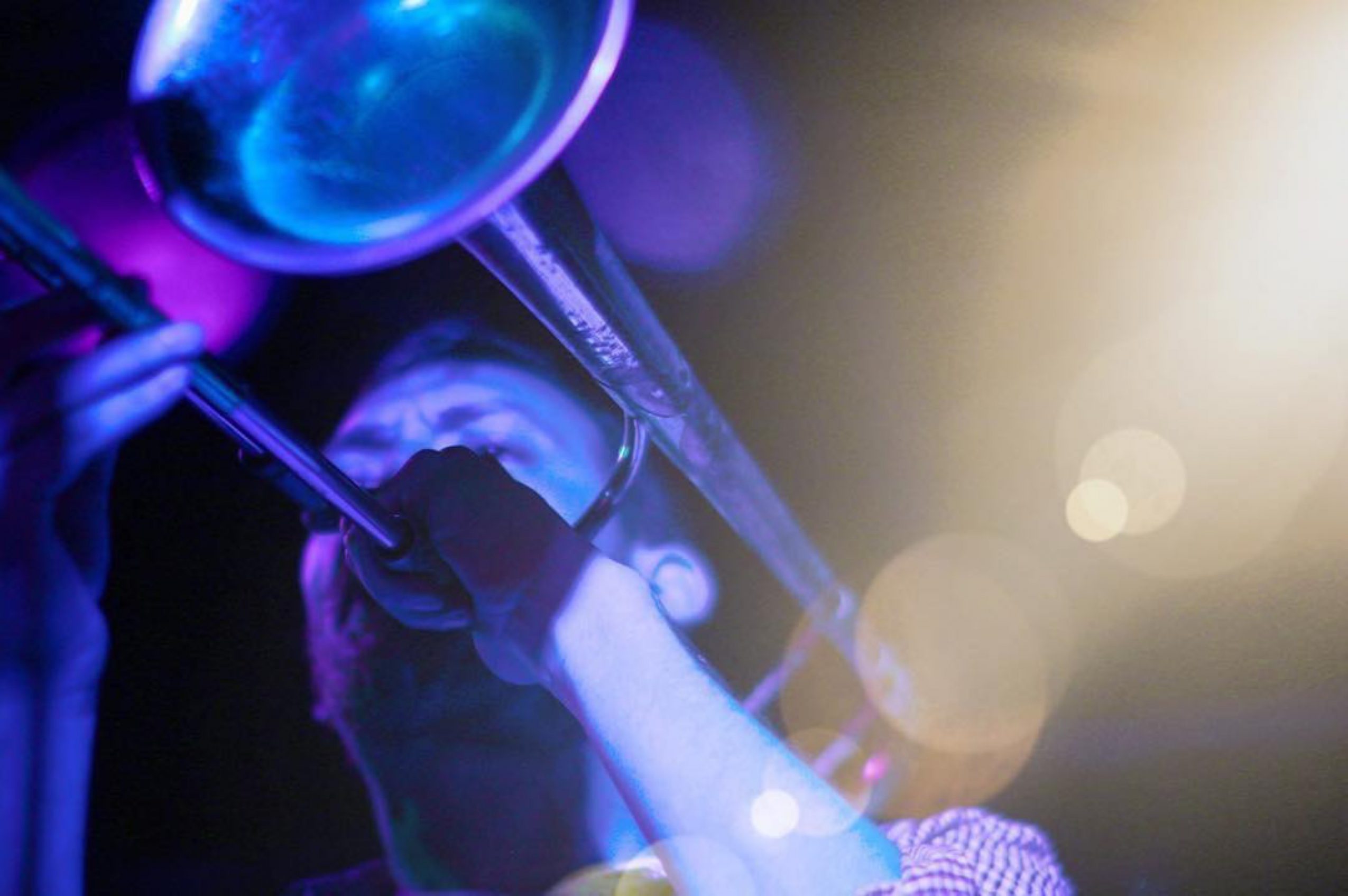