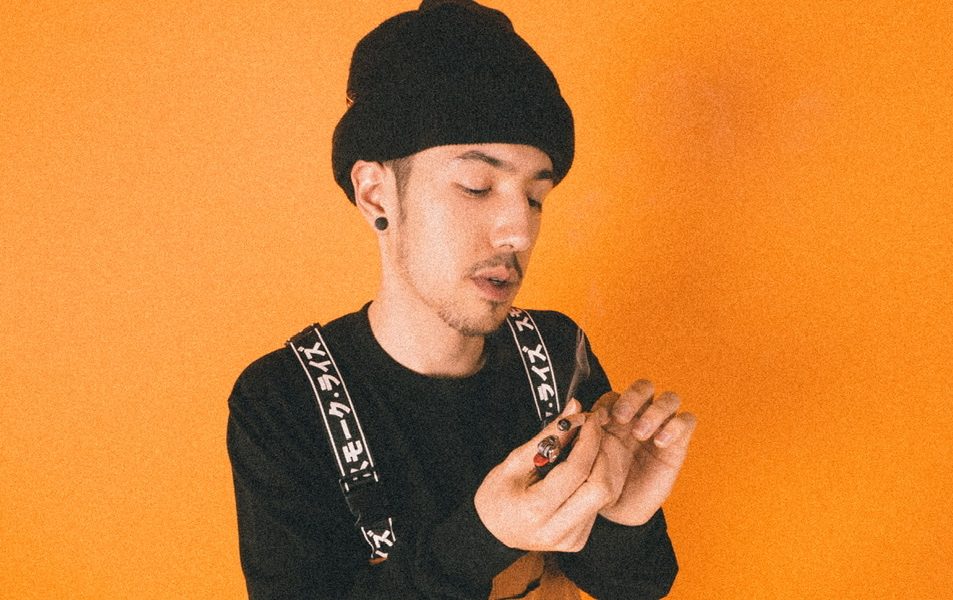 Today we’d like to introduce you to Prod. by NugLife.

Prod. by NugLife, please share your story with us. How did you get to where you are today?
My musical story seemed to all start through skateboard & grafitti culture as a young teen. Also, playing the guitar a lot as a kid, eventually growing up to discover hip hop and marijuana in my mid-teens, it all seemed to connect right around that time… Around the age of 15, I had gotten my first copy of “Reason 5“ beat/recording software (DAW) and was making dubstep sounds out of my bedroom (some you can still find at the bottom of my SoundCloud). Inspired by my friends in the graffiti scene, I also made some of the first “NugLife” sticker slaps around this time. Another pivotal moment around the age of 15 was when I met a songwriter by the name “J Peso”. He is a part of Ruff Ryders & the uprising of East Coast legend “DMX”. Now I randomly met him while hanging out by the community pool at my big sister’s North Hollywood condo complex. After I had explained to him I was only 15 years old, starting to make beats, a pretty good skater, and I was willing to put in the work necessary to expand in those avenues, Peso took me under his wing. Roughly from the ages 15 -17 years old, I would join him at numerous studios and recording sessions on the weekends after school, meeting a plethora of high profile artists, producers, & writers during this time. I realized at a young age that it was possible to have a career in music since I had witnessed it first hand. Even more important was the mentoring and heavy discussions that Peso and I would have at a young age. Pure priceless information that has equipped in music and life for many years.

After graduating independent high school studies early (for being expelled from public school for weed, yet I had extremely good grades), I would eventually attend music production school in SF which helped me to network with some of the key musical artists and people I still work with till this day. People like Rocky G (Artist), King Yazid (Photography), Nite Owl (Graffiti Artist), Hella Positive (Apparel), and Jetpack Jones (Artist) are all great examples of figures who I met in the Bay because of college. After the Bay Area saga, I came back to LA where I would get a BA in Entertainment Business and re-connect with some of my folks from high school (Mike Pro & LAF). By the end of my business studies in Los Angeles, I was meeting new folks & ready to truly introduce myself into the underground scene with two albums, “The Beat Dispensary” and “The Majestic Travels of Orcamane & Ogie” (w/ Noa James). Applying everything I had learned up until then, taking a major leap into the creative realm, also opening up one of my first studio recording spaces near the South LA /USC area. In more present time, I’ve been releasing producer & collaborative projects, achieving placements, and extending a hand to artists I seek out stylistically, both underground and high profile. In 2020, I have have been blessed to work with artists like The Underachievers, Vel the Wonder, Yung Simmie, Planet Asia, Blu, MED, as well as growing with my “day one” artists and friends like Rocky G, Don’t Sleep!, Billy Lo, Frankie OG & more.

Has it been a smooth road?
Overall it’s been a blast, of course with its ups and downs, as everything in life goes. I feel like the obstacles & low points are necessary lessons for future success. Some of the struggles can be a balance of work and family life, supporting yourself financially, and overall, mental peace on the roller coaster ride it takes to get to the top. In my earlier days, I’ve hosted and performed at shows that we’re near empty, I’ve scraped by on negative & overdrafted bank funds, and invested the blood, sweat and tears paying my dues. More recently during the pandemic, I’ve experienced some underlying health conditions that have really opened my eyes to seek out a brighter and healthier future. I was diagnosed with having heavy metals (lead, iron, Cadmium) in my body, blood, & hair, etc…After months of pain and suffering behind the scenes keeping my company in autopilot, I eventually found a holistic healer who identified my condition and has been helping me cleanse the toxins out of my body. It has been a wake up call and a blessing in disguise to experience the health battles and hidden lessons at the age of 24, rather than later in life. I know that I’ll come out of quarantine a stronger man and an even more vibrant artist than ever before.

My new main goal to make my journey a smooth road is focusing on shelf life & longevity to myself as an artist and person. I’ve completely changed my diet and lifestyle during quarantine 2020, cutting out processed foods, fast food, and genetically modified foods. Replacing my diet with natural and organic foods, smoothies, and a hybrid vegetarian diet (Also eating high-quality meat dish every 1-2 days for balance ). I’ve been using different herbal remedies, teas, and Irish sea moss (recommended by Dr. Sebi’s studies) to give my body the healing nutrients it needs. Another secret supplement I take is lions mane, turkey tail, and a variety of other mushrooms from Paul Stamets company… Now I don’t mean go off on a health kick for my fans, but real shit, it’s better to spend extra money on your health and diet on the front end, instead of going broke and dying in a hospital bed on the back end, wishing you had cared earlier.

Can you give our readers some background on your music?
As a musical artist, producer, and creator in the scene, I like to present NugLife not only as my producer name but also as a utopia, entity & platform for creatives. It all starts with the beat production from my end, from there I deliver those tracks to a variety of artists for recording, eventually releasing those tracks after final polish. This process of making music leads to shows, merchandise, music videos, and overall building of an experience with artists for our fans, investing myself throughout the entire process. As an underground super producer, I separate myself from other beat-makers, producers, music entrepreneurs, and moguls by simply catering to my recording artists high-quality production & offering the same services an independent label would, working deeply within a project entire roll-out. I enjoy snapping in-and-out of the creative “Picasso” mindstate, also just as quickly snapping into the business “Bill Gates” mindstate, then back and forth all day, seeing projects through to the end.

My proudest moments come when I remind myself that I’ve really just followed my own path of doing what I want stylistically and what feels right. Never overthinking too hard, just creating fearlessly whether I’m by myself in the studio or alongside my peers. From the jazzy samples I’ve used to the psychedelic guitar riffs To the boom bap, trap sounds and other instruments involved, I’ve converted all of my musical inspirations into beat chops and sequences.

Let’s touch on your thoughts about our city – what do you like the most and least?
I love LA for its diversity, the music, skateboard & graffiti culture. Of course, the women, weed, weather ahaha. But really…This city has molded legend after legend, from the rugged inner-city gutter stories to the dreams achieved in the Hollywood hilltops & Malibu beaches. Los Angeles is a city that has a place and space for everybody, every genre, in any category, to all co-exist comfortably together and still have room for the city embrace its own signature twists. This city motivates and inspires me daily, also reminding myself how blessed I am to be born and raised in California…

Now aside from all the unconditional love, I’d say some of my pet peeves would just be the smoggy air quality and traffic, but a lot of major cities seem to deal with those same issues & more. Due to COVID, we all also have some major sanitary adjustments make as a city and learn as a community. Even more importantly, with B.L.M. & other positive revolutionary movements, our city’s police training force needs obvious adjustments & financial regulations, guided to help better protect innocent & wrongly profiled minorities. Just some negatives to take in consideration within LA & cities worldwide, hoping and aiming for a more peaceful future. 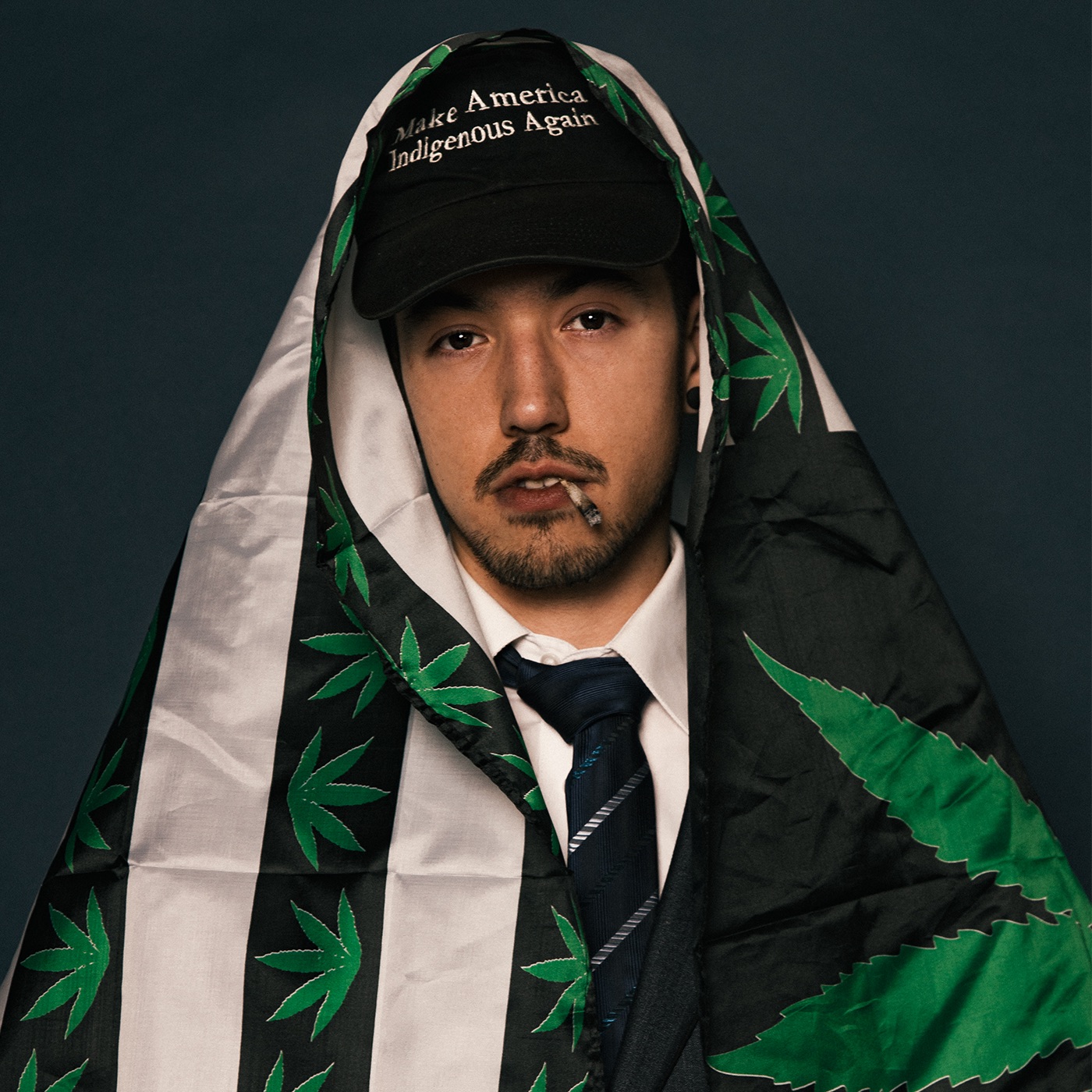 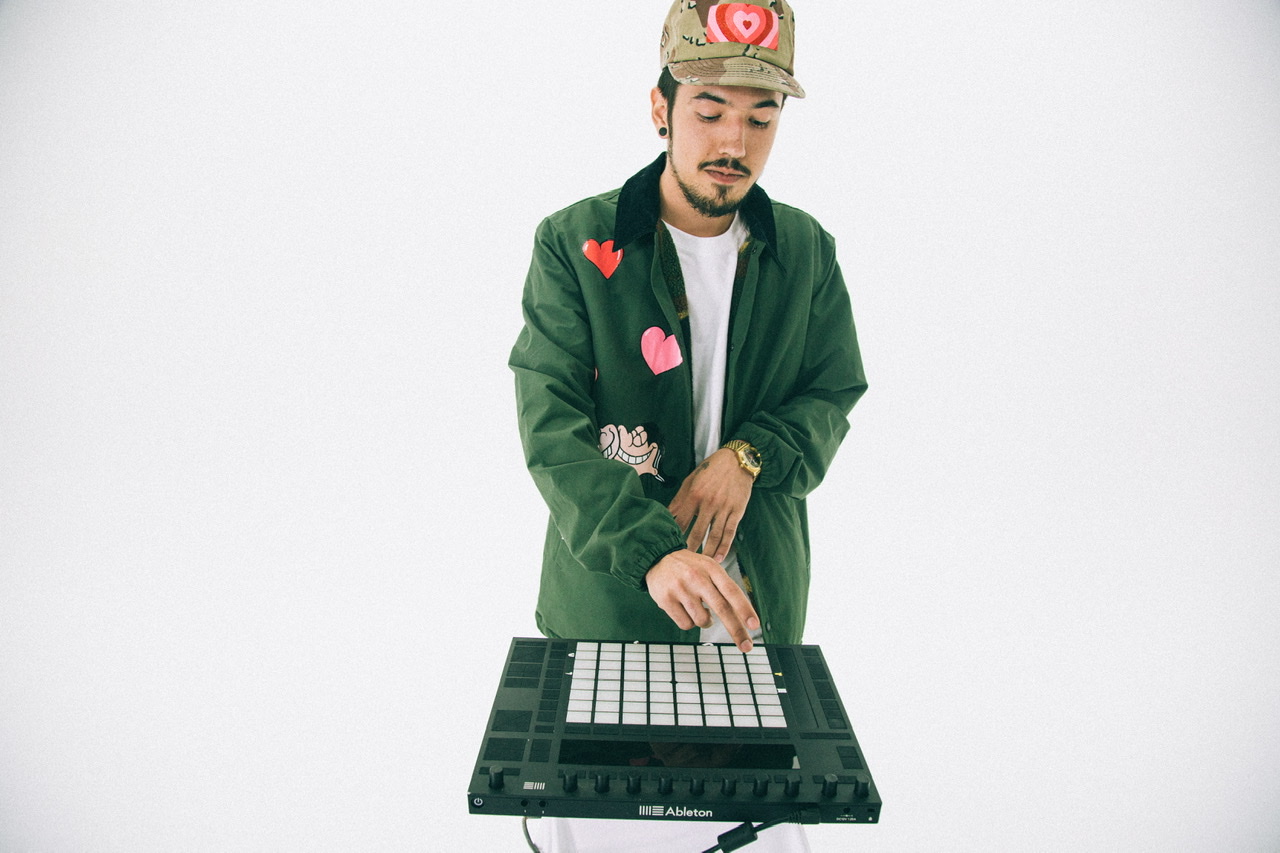 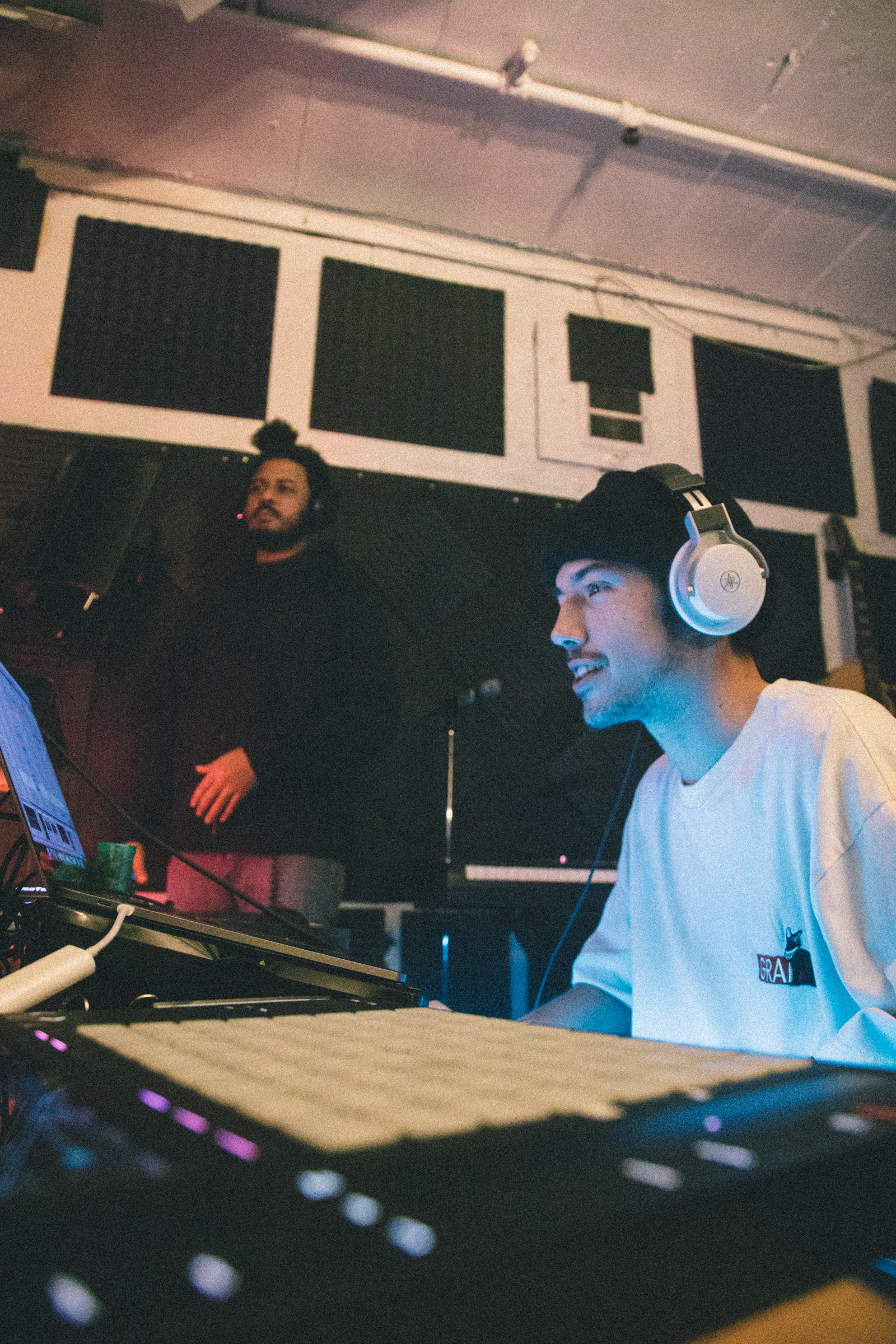 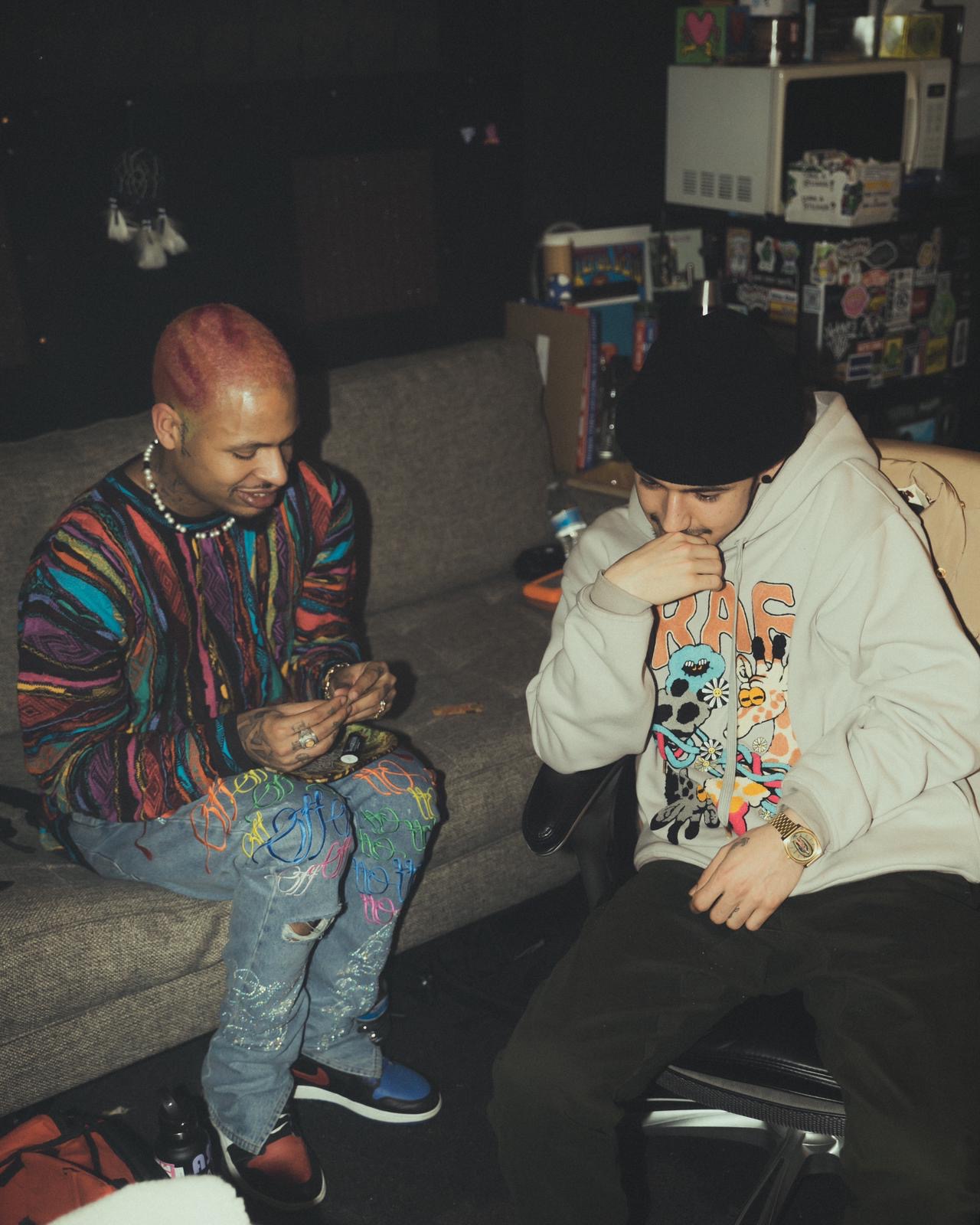 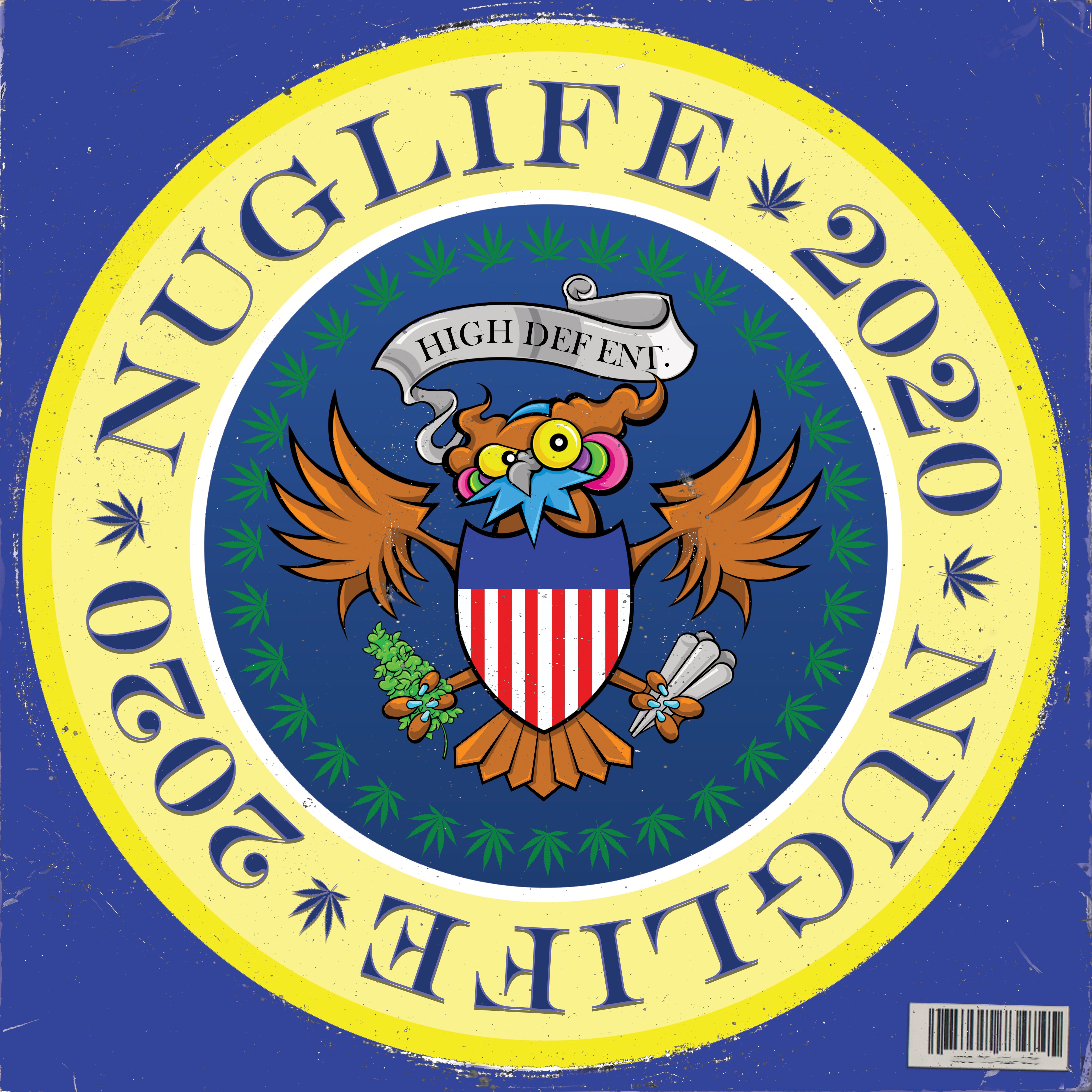 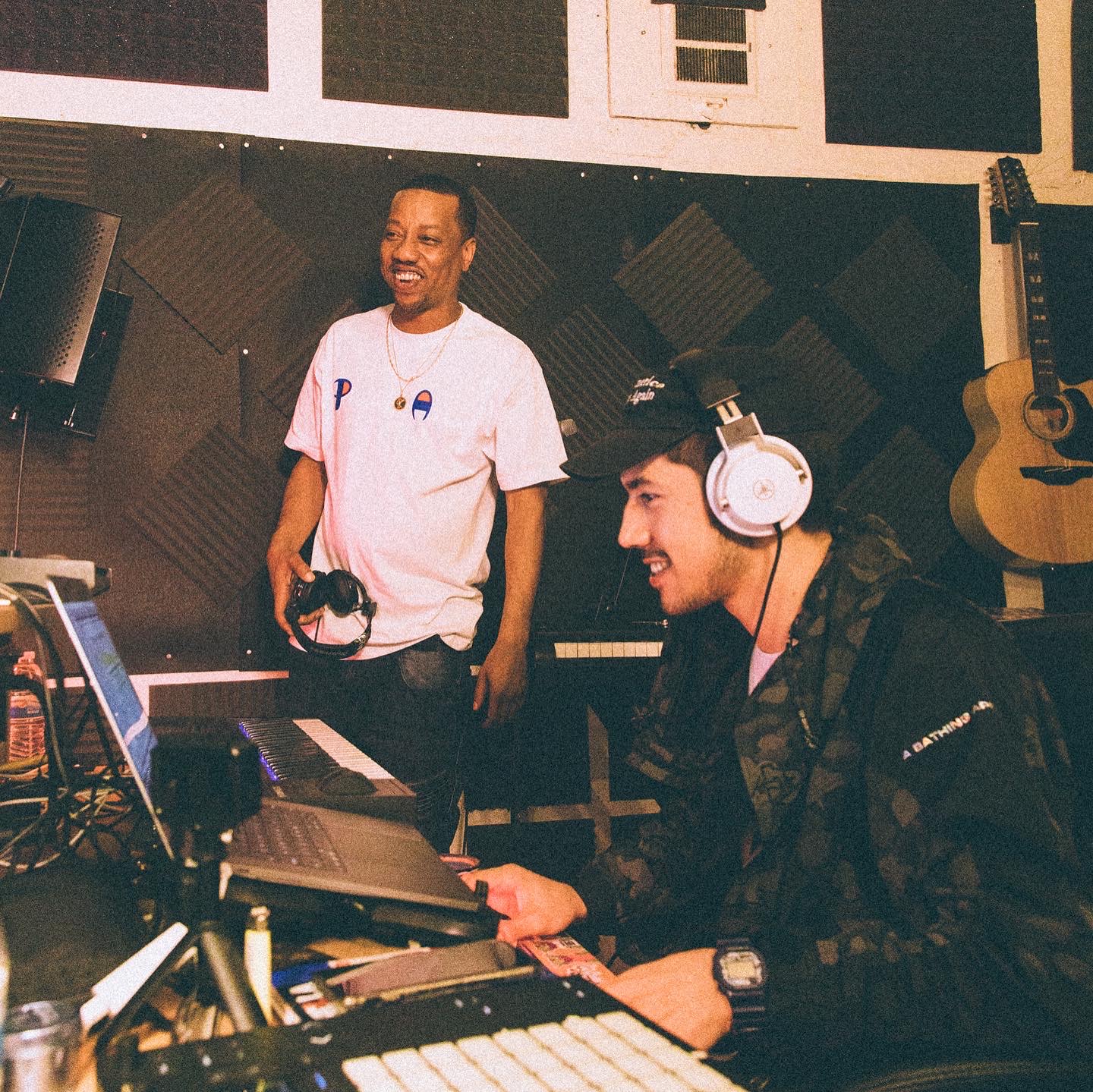