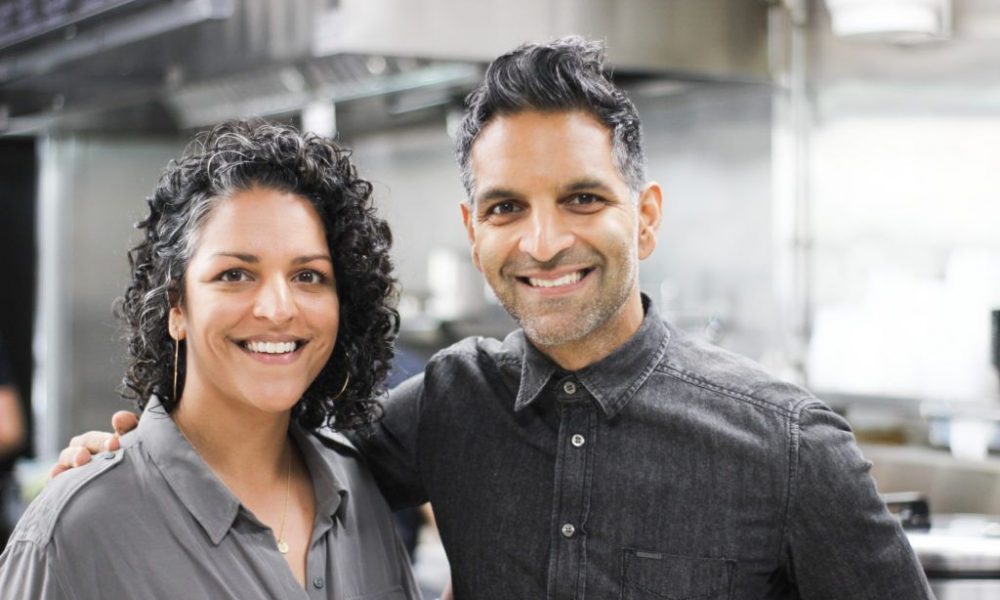 Today we’d like to introduce you to Priyanka and Hiram Mac.

Thanks for sharing your story with us Priyanka and Hiram. So, let’s start at the beginning and we can move on from there.
We really felt like Indian food in LA was far too underrepresented and we wanted to do something about it! Sure there are some fine dining spots and the myriad buffet offerings but how about something more quick serve without the quality compromise? Well, that’s where the perfect storm of events occurred. Our family friend and now chef Kamaljit had just lost the leases at his longstanding Indian restaurant establishments, so he approached our dad for the ‘next thing’ to do. Dad directed him to us where after some long talks about the direction we’d need to head in, we came up with a concept centered around street food. Minus the stomach discomfort and prevailing curry shop stigma that seems to be attached to Indian restaurants!

We’re always bombarded by how great it is to pursue your passion, etc – but we’ve spoken with enough people to know that it’s not always easy. Overall, would you say things have been easy for you?
At first, we didn’t think we’d make it past the first year. Things would move along and our fan base steadily grew but we did make a lot of changes in the first six months to constantly inject life into the business and concept. Then there was the relationship between us as siblings along with business partners that really got tested with respect to division of roles and the stepping on toes we were trying to avoid. We both have a huge amount of love and respect for each other but being 50/50 partners in this endeavor, we really had to define boundaries. In the end, we’re much better for it and now have a stronger relationship than had we not ventured down this road.

We’re huge fans of the Shahi Paneer and the Aloo Gobhi Frankies.  For our readers that might not be as familiar with brand and your offerings, can you tell them more about the business. What are you most proud of?  What sets you apart from others?
We’d like to think of our concept as being the ‘Home of the Indian Burrito’ but that’s really only half the picture. One on hand, sometimes you need a quick way to sum up who you are so that it can be relatable to a market that’s scared of the type of food you’re dishing up. But on the other, your ethos has to be much bigger than a soundbyte or tagline. So for us, most importantly, we have a relentless passion for Indian food that so needs to be appreciated and celebrated as much as its Asian counterparts. While we’re most certainly known for our Californian take on the Bombay Frankie, we also offer the staple North Indian (Punjabi) curry dishes like Chicken Tikka Masala (Butter Chicken) and Saag Paneer–both of which can be Frankie fillings.

We’re most proud of the fact that we’ve garnered somewhat of a cult following. People love us even to the point of wanting to wear our swag in the form of shirts and hats!

As for setting us apart from others, we’re more niche focused diverting almost all of our energy to our Frankie menu item than say another Indian restaurant which will serve many dishes from multiple regions in India.

What were you like growing up?
At the root of it, we’re quite similar but our career paths took us down vastly different paths, Priyanka worked in the fashion industry while Hiram ventured into the tech and finance space. But we’re both really creative as Priyanka is an artist while Hiram is a musician. The division of roles in the restaurant naturally fits with our personalities too. Priyanka is more operations and HR-focused while Hiram takes on the financial and business development. But we both love to roll up our sleeves in the kitchen to work on new recipes and dishes!