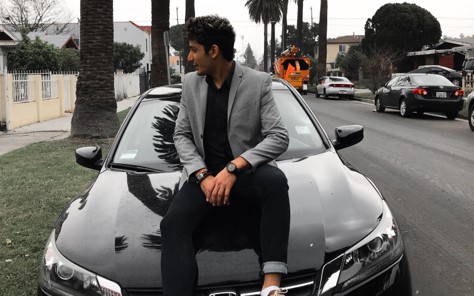 Today we’d like to introduce you to Priyank Thakkar.

Priyank, let’s start with your story. We’d love to hear how you got started and how the journey has been so far.
I’m not one of those people who was born to be an Actor. I was a science student. I was fascinated by human anatomy and physiology, physical cosmology, science of deduction.

Those were some fields I really wanted to have a future in. My left brain had a strong hand on the table compared to my right brain. Just like everyone else in my family. They are a bunch of high IQ geniuses. Although, I had been an amazing dancer since the day I was born. That talent grew in me with time. I knew about it but was never aware about its contribution towards my life. I was always a fan of Bollywood and my brother, on the other hand, a fan of Hollywood. I remember I was 13 years old and I was sitting on the couch with my brother while he was watching a movie.

As usual, I was jolted with a feeling of boredom when I peeked at the screen. The movie was “Hancock.” It was just about to start. I told my brother to change the channel and put a Bollywood movie instead, and he politely said nothing and continued watching the movie. We sat there in silence for a minute and then I decided to leave the room, but he stopped me. He said, “Piyu, give this movie a shot. You might just like it.” I had nothing else to do, so I didn’t mind watching it. 1h 42mins later, I was greeted with the first biggest change of my life. I fell in love with Hollywood.

Thanks to my Brother who is also now my mentor. After that day, I started watching as many Hollywood movies as I could and started dreaming about being in one someday. A seed was planted in my subconscious that day, which grew for a long time and I got aware about it when I completed my 12th grade. I still remember completing my 12th grade and thinking what to do next. My parents suggested me to do medicine, as my older brother was also in medicine. I didn’t say no, but I told them that I am only doing medicine out of respect and love I have for them.

Once I become a doctor, I’ll start pursuing acting. I studied medicine at the DY Patil Medical College, Mauritius, but due to college issues with accreditation, my batch had to leave after a year. We all were left baffled, and we didn’t know what to do next. Many of my friends went to another medicine college, but I took this as an opportunity to ask my family if I could start something in the creative field. My Mom agreed as she was the first person to notice the creative potential in me.

My Dad couldn’t agree with me at the time though, considering my age as I was only 18 and I was one of the best in my college. So he asked me to try for other science fields. We took admission in Physical therapy, but it didn’t work out as I already had a taste of medicine. My mind couldn’t settle for less. I remember my dad driving me to Pharmacology college here in Surat, and then something clicked with him, and he took a turn and we drove out of college. He stopped by the curb, and he asked, “Okay son, I think all these things are not working out for a reason.

Tell me what you want to do?” I was perplexed, as I never imagined such a moment. Only one thing clouded my mind, and that was Acting. So I enthusiastically replied, “Acting!” He nodded yes at that time, and today I’m an Actor/Producer in Los Angeles.

Has it been a smooth road?
Oh, the road has been nothing but full of thorns during the initial stage. I got enrolled in an acting school when I came to LA. The first day, I entered the classroom, and I was surrounded by people who had been acting for ages. That day was nothing but a train wreck. But I didn’t give up because there was something pulling me towards acting.

A few weeks later, we were supposed to audition for a class of filmmakers who needed actors for their upcoming projects. I gave my life’s second audition, and boy was I terrible. I didn’t hear a single word from them for the first few months, while all my friends were being flooded with opportunities. I talked with my Mom about this as I was feeling low. She told me to start learning the art first before expecting anything. She told me to learn from the struggle.

“Success that comes easily without struggle doesn’t stay for long.” I believe in that. So I put myself back to gather and started concentrating on learning the art. A year passed by, and I still heard nothing from any filmmakers. I got an opportunity to audition for another group of filmmakers later on. Filmmakers who were already established and had a decent production budget. After the audition, I was nervous until I got a reply from one filmmaker saying that she loved my audition and would want me to be the lead in her film.

I was filled with joy after hearing that, but I didn’t know that was just the start. Days went by, and I started hearing from other filmmakers that came there. I was offered the lead role by 90% of the total population that auditioned me and other actors. That was the start of my acting journey, and somewhere in the middle of that one rough year, I fell in love with this art.

We’d love to hear more about what you do.
I am mostly an Actor and Writer. I also do producing on the side only if I find a project worth producing. In terms of acting, I’m more seen as a comedic person, but somehow I end up getting a dramatic role. That’s funny. In writing, I am more into narrations and poems. My personal blog has an audience of over a thousand, and I’m currently writing my own book of poems.

I recently starred in an Indian web series shot in Los Angeles called ‘Varta re Varta- season 2’ directed by an award-winning director, Jay Parikh. This web series deals with issues of homosexuality in Indian culture. The web-series is out on youtube bagging views and likes in thousands. It was also nominated and screened at the Jaipur Film Festival a few weeks ago.

Also, I recently wrote, produced and starred in a film called ‘World as we know it’ and the short version of the film was screened at Warner Brother’s studio in Hollywood, earlier this month. The film deals with the issue of vulnerability of Indian men in a relationship.

Currently, I am working on the post-production of another version of that same film with an award-winning editor. This version of the film is getting ready to be sent to film festivals of the world. Overall, I have also worked on seven to eight different short films like “Checkers club, Hope, five mins from Burjwar, etc.” and they have gained quite some popularity in Hollywood.

The thing that sets me apart from others is my behavior. People enjoy my company in personal life and on film set. If I have been on a set once, it’s most likely they will call me again to audition for a different project because of my behavior. I’m proud of that, and I always make sure I keep my feet on the ground no matter what.

Let’s touch on your thoughts about our city – what do you like the most and the least?
The thing I don’t like about this city is its food. I miss home. I miss India when it comes to food. But other than that LA is my new home. The calm weather, lavish green fields, minimal noise pollution. No doubt it’s busy, and the traffic is a ride to hell and back, but the ride itself is somehow enjoyable.

I will sometimes go out for a walk in the night and watch cars go by, write a few poems in my book, shed a few tears out of happiness as I would see the clear dark sky gazing back at me with love. I fell in love with the peaceful feeling the city has to offer. Some may say, “How in the world could you find LA peaceful?” I would say that you could. You just need to look at the right place. 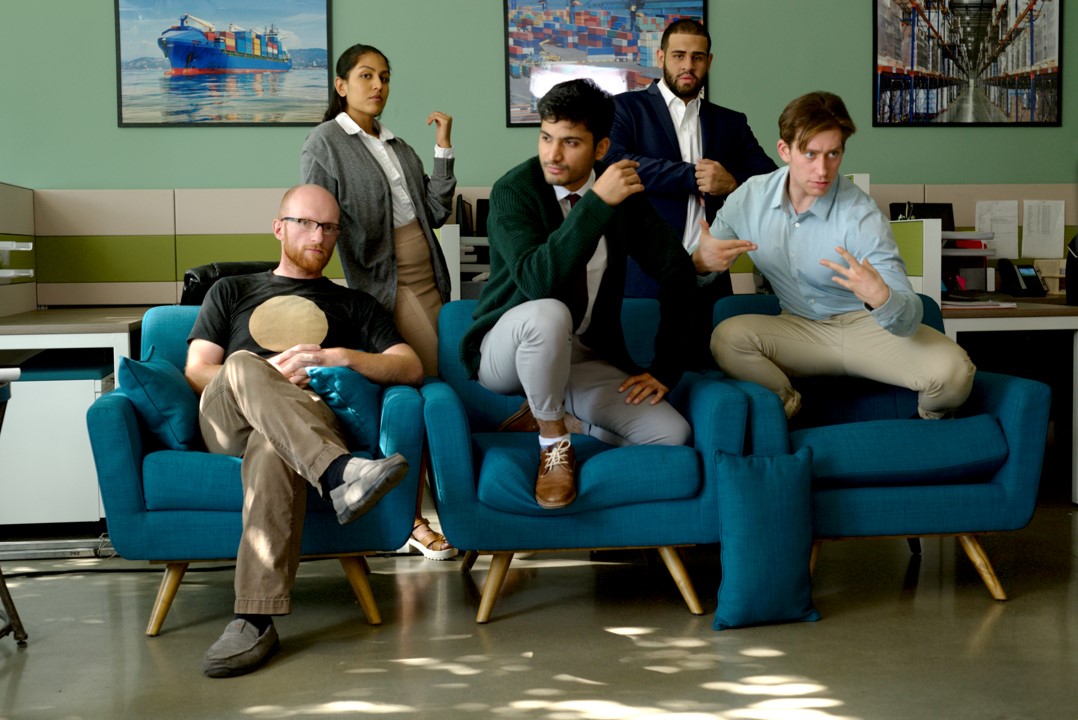 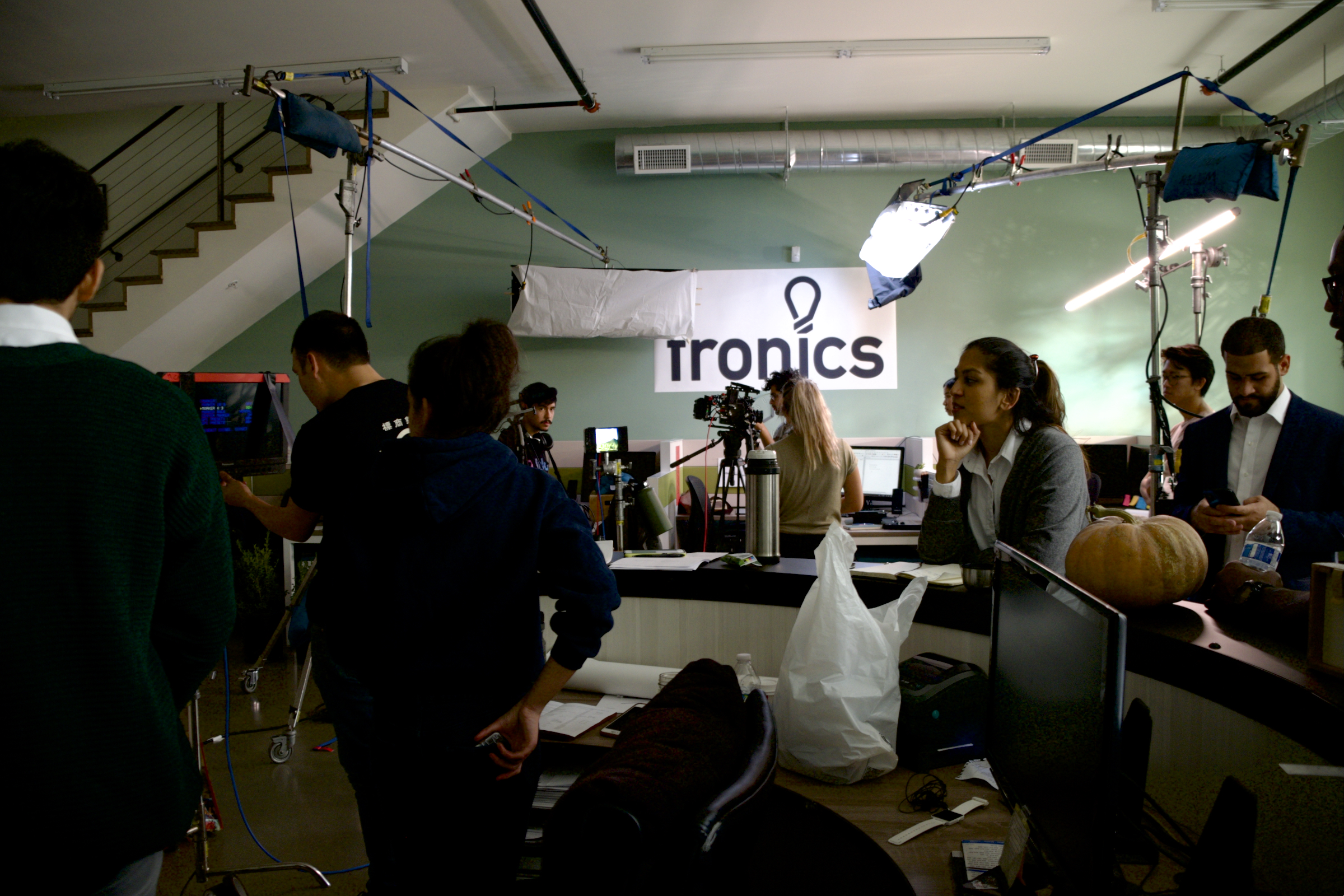 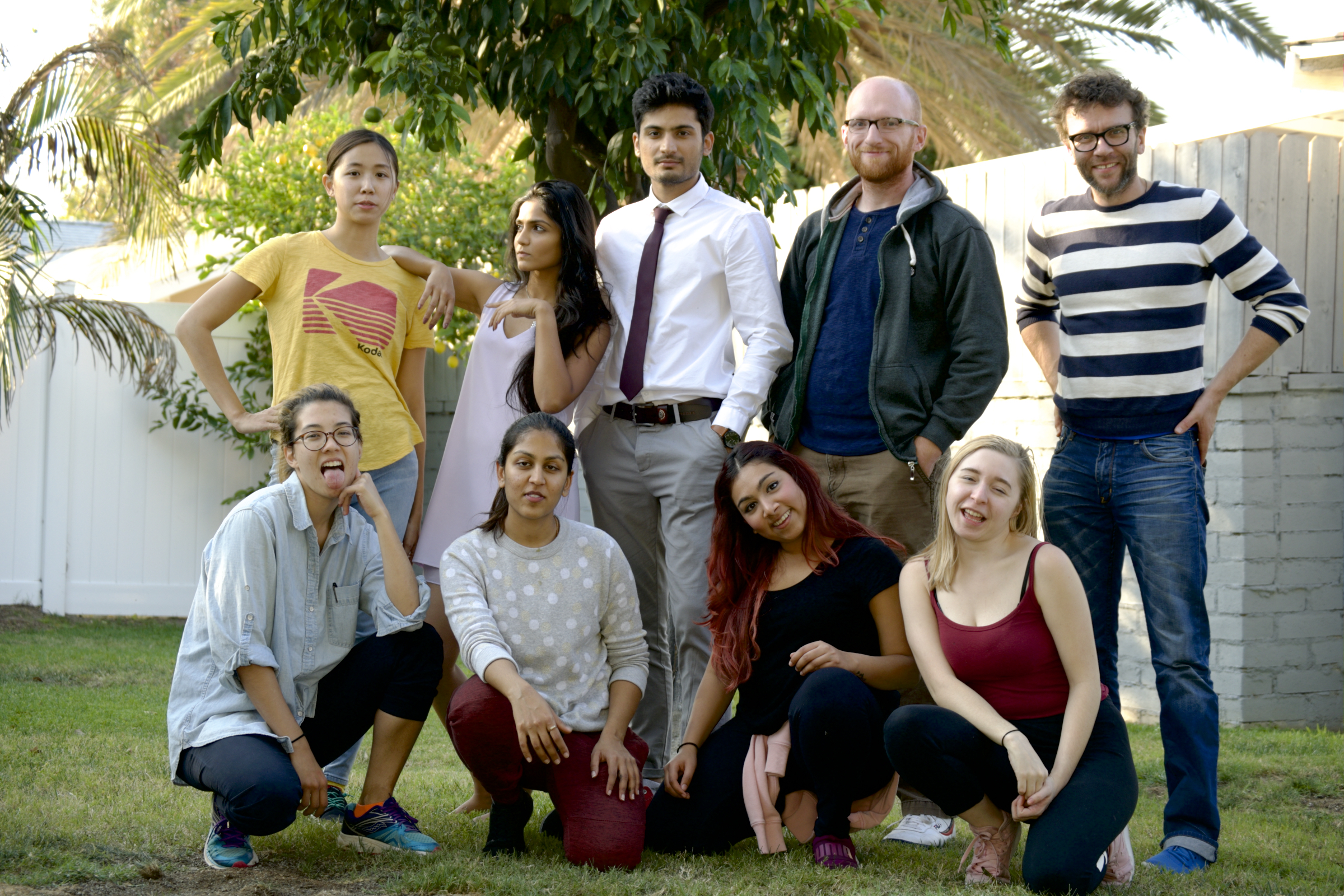 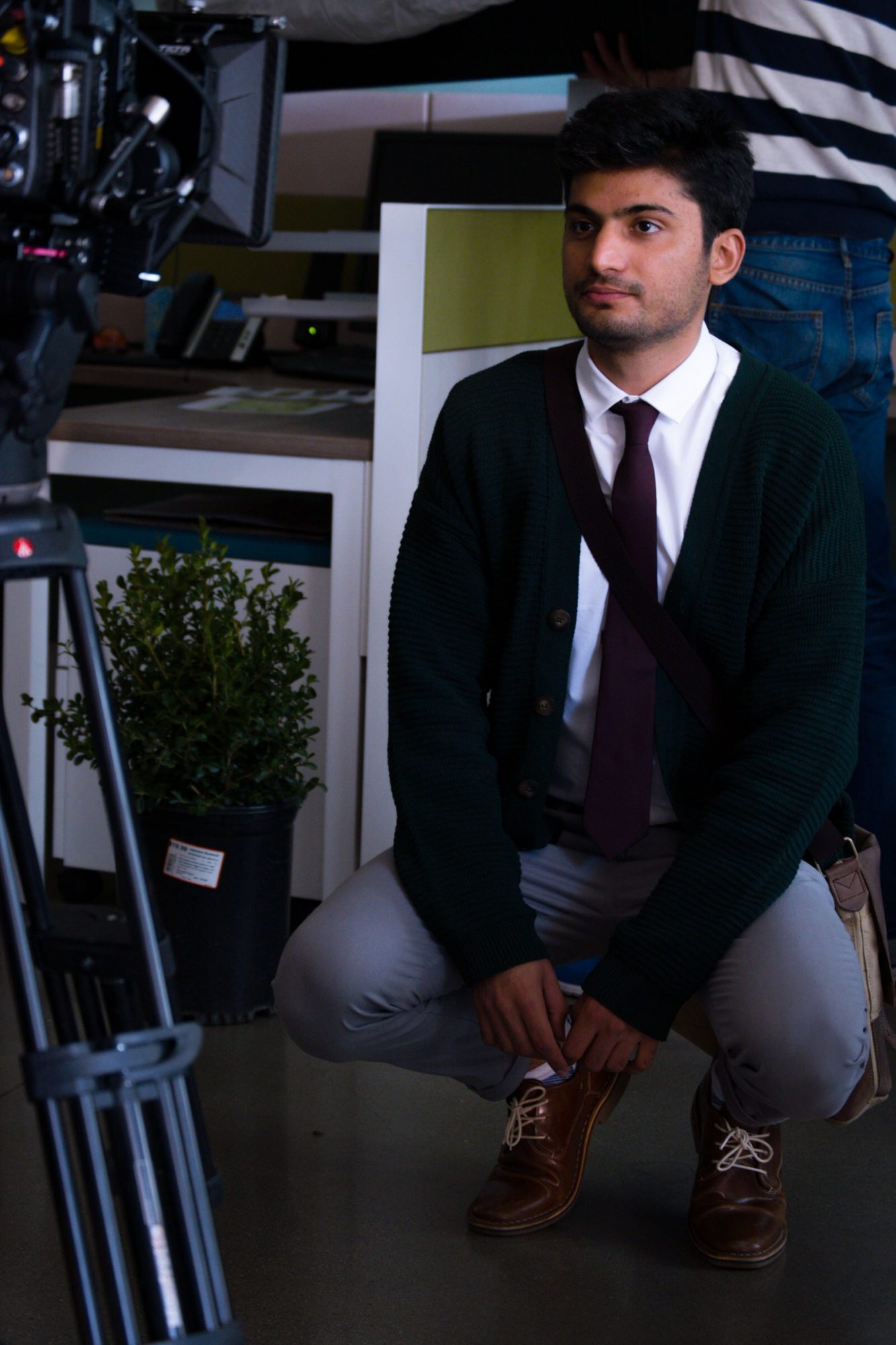 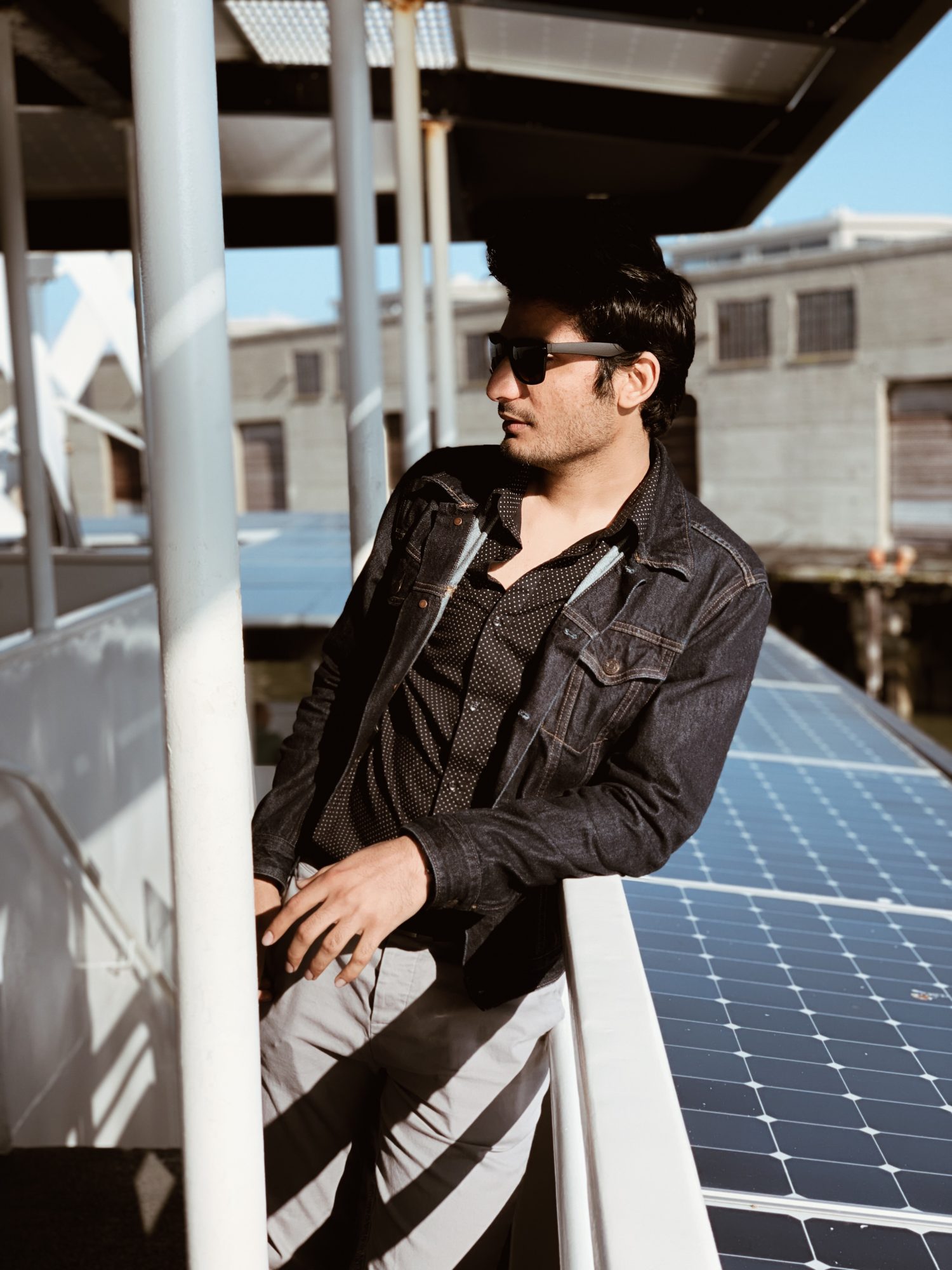 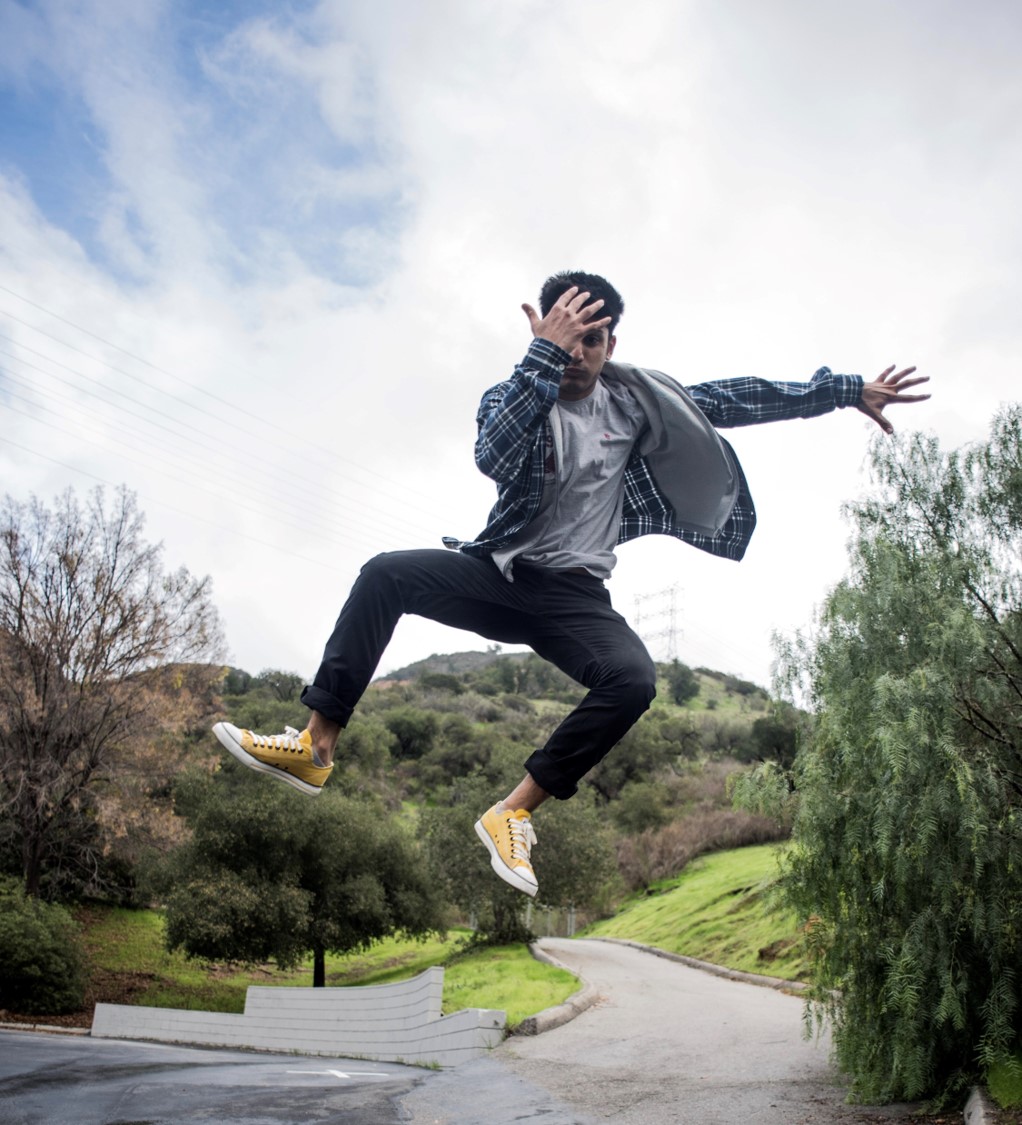 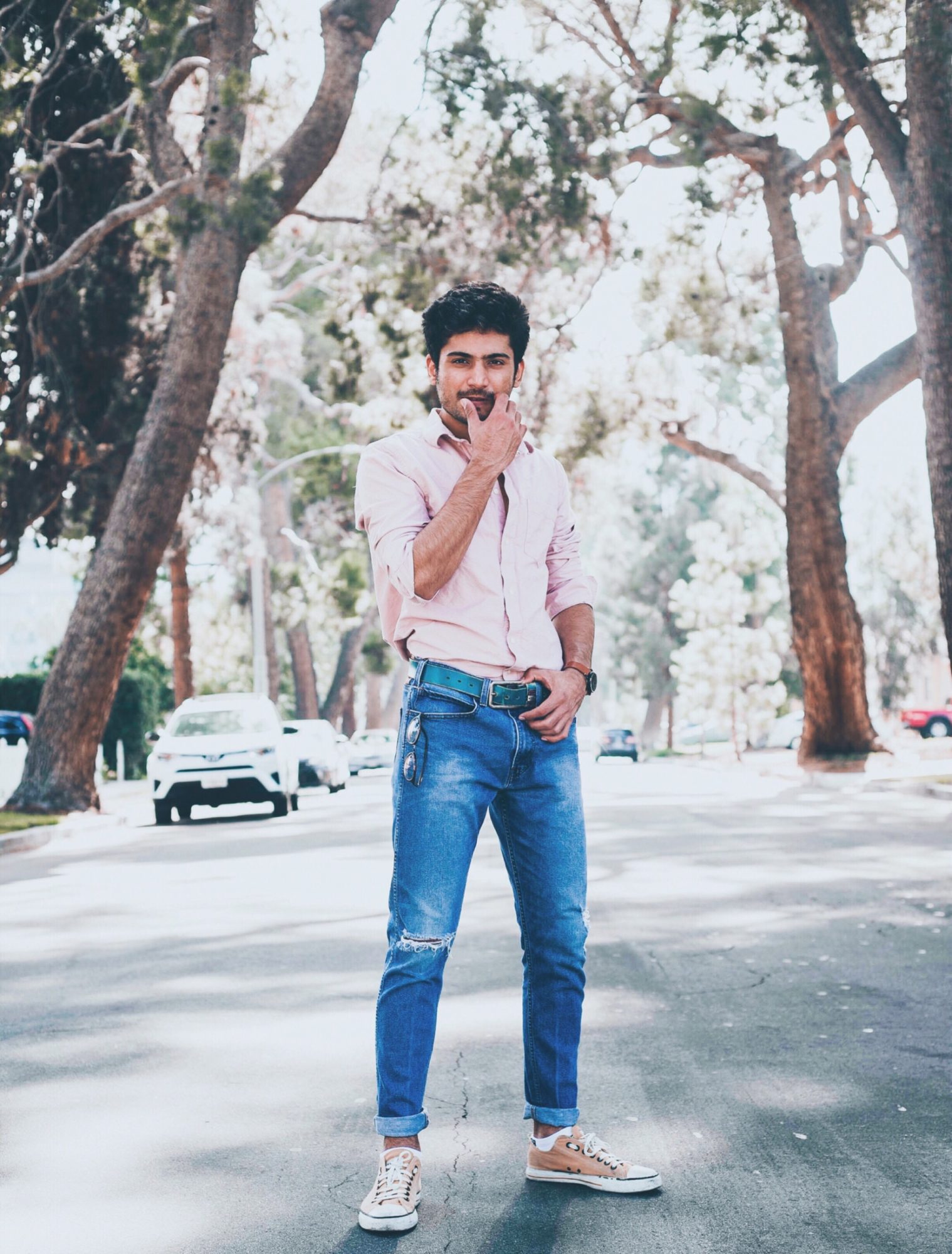