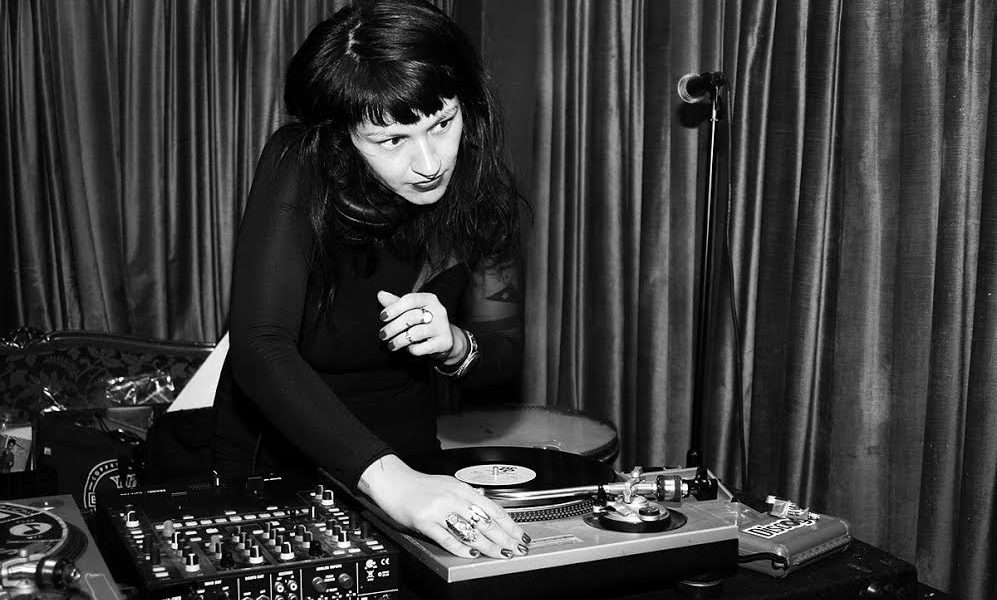 Today we’d like to introduce you to Priscilla Martinez aka Jazzabella of Girls Gone Vinyl LA.

Priscilla, can you briefly walk us through your story – how you started and how you got to where you are today.
As a kid I grew up listening to 80s new wave, disco, and Chicano oldies because of my mom. I love music just as much as she did. When she suddenly passed away in 2009, I was 19 years old at the time. I think that’s when my journey really started for me because my life changed drastically after that. I was going to college part-time, working a corporate full-time job to pay off a new car… dealing with the loss of my mom while trying balance everything else going … I fell into a very hard depression to the point where I became suicidal.. my mental health was at risk… I had to leave my job, stop going to school, let go of my car. I had to move out of my family’s house because my relationship with them was falling apart… I felt that they were unable to support me emotionally at that time. I also didn’t have my father around because he was in prison when my mom died.

A good friend of mine offered me a place to stay which really saved me from being homeless, during that time I slowly started to get back on my feet… I had got hired as a cashier at record store in Hollywood, that’s when I started collecting records.. reconnecting with the music really helped me get thru the depression I was dealing with. While working there, I had planned to save up enough money to move away. For my 21st birthday, I went to New York for the first time so I moved to the east coast a few months after. I lived in Philly for a whole summer… I didn’t have much when I got there.. didn’t know anyone and I was living at my friends moms house while I tried to look for a job, get my own place, and tried to make friends.. it was rough.. things really weren’t working out for me while i was there.. After the summer, I found room for rent thru an ad on craigslist… I was desperate to start my life over so I took another chance and moved back to the West Coast .. I took a greyhound bus across the country and ended up living in Seattle for three years… that’s when I was collecting more records and first got into DJing. When I was living up there, I would go to the local record shops almost everyday, go to shows, and made friends who were into music too. The “vinyl party” thing wasn’t really a popular there but whenever something would come up I would always check it out.

I went with Jazzabella as my DJ name because Jazz music is what I got into collecting first.. when I discovered it, it affected me in a special way… I learned to listen & appreciate music differently after that. Eventually, I started volunteering at a radio station up the street from where I lived called Hollow Earth Radio. That’s where I learned a lot about proper DJ equipment use and hosting shows. I meet a lot of cool local artists and DJs there. I became inspired to buy my own set up to start practicing.. so I bought two used turntables and mixer off a someone I found online. I started networking everywhere I went. I got hooked up with my fist couple of gigs thru the radio station and thru friends… I took every opportunity I got while i was living there..that’s when I started to realize how passionate I was about becoming a DJ. I moved back to LA about 7 years ago because I missed my friends and family. After settling in, I started checking out all the parties that were going on. I met a really great DJ from Chicago and we started building our own Jazz night at a bar in Koreatown. Around that time, the Beat Swap Meet was happening outside the Grand Starr Jazz Club in Chinatown and I got asked to play jazz sets there a couple of times. I’m so grateful for that because that’s where I met so many other amazing DJs in the community… some who I’m still good friends with. After being around some Veteran DJs in the game, trying to build a name for a myself, spinning jazz music anywhere I could… I achieved three big things, I bought a pair of technics 1200s, started my own first Jazz radio show “Love Supreme Radio” at a radio station in my neighborhood (Boyle Heights) called Radio Sombra, and traveled to Europe to DJ at a Red Light Radio in Amsterdam for the first time.

After that, I decided to get back into school… I started studying music and taking piano classes at Pasadena City College. This was around the same time that I started a monthly party called Girls Gone Vinyl LA at Footsie’s in Highland Park. I wanted to specifically book female DJs who were record collectors and were interested in being a part of a DJ crew representing women of color. Since then, I’ve kept it going. This year we celebrated five years. After going thru a very hard break up about three years ago, I was at a point in my life where I felt like I wanted to do more as a DJ… I wanted to get outside my comfort zone and reward myself for it in some way… I worked a corporate job and DJ’d full time… I had no car at the time so getting around LA on the bus and playing gigs was a real struggle.. but I went thru it because I wanted to save enough money to be able to go back to Europe. It was one of the best decisions I ever made. I created some of my most memorable experiences while i was out there. I played at Soho House, Discos Paradiso, Dublab Radio in Barcelona. Hill Street Blues Cafe, Cafe Belgique, and Red Light Radio again in Amsterdam. When I got back to LA, a few months later I had the honor of playing a vinyl set at the legendary Low End Theory at The Airliner in Lincoln Heights. I’ve recently traveled back to Chicago and New York. Now I currently hold a few residencies in LA, play guest sets around town, host a radio show twice a month at KQBH 101.5 FM in Boyle Heights and every second Tuesday of the month at Halfmoon BK Radio in Brooklyn.

Great, so let’s dig a little deeper into the story – has it been an easy path overall and if not, what were the challenges you’ve had to overcome?
It has definitely has not been a smooth road for me for so many reasons. However, I’m grateful for all obstacles I’ve had to face in my life so far. All the growing pains I’ve dealt with on my journey have made me a stronger and wiser person. A big lesson for me was realizing that having expectations can backfire on you so I strive to be more open to what comes my way no matter what it is and just have faith. I believe in trusting the timing of things, remaining positive, and being persistently me while doing what I’m passionate about. I know the universe always rewards those who are willing to do the work. One thing I tell myself is that the journey is the destination so just enjoy the ride and not be so hard on myself. I think I become more self-aware and independent each day going thru my challenges.

Honestly though, not having that love and support I wish I had when I really need it gets me down. I believe having a strong support system is crucial to our well being. I’ve had to live my life on survival mode mostly.. but I just count my blessings and try not to be a victim of my circumstances. Dealing with the loss of my mom, my mental health, family issues, financial setbacks, toxic relationships, procrastination, white supremacy, patriarchy, misogyny are just some of the things that hinder my focus at times. Another thing is that social media is a big part of people’s lives nowadays… I understand that people see it as a tool.. but we have access to so much now and it becomes overwhelming… People tend to want to compete, compare, and seek validation .. all that stuff can really distract and divide us which is what “society” wants us to do… of course, everyone’s opinions and experiences are different on that topic.. Overall, I think it’s important to find happiness, stay focused, and be your own biggest fan in order to succeed.

Alright – so let’s talk business. Tell us about Girls Gone Vinyl LA – what should we know?
When I started doing Girls Gone Vinyl in 2015… I thought it was something really special because at the time hardly any parties were around for womxn in the DJ community to be able to do their own thing. My intention was to create a safe space for female DJ to connect. Within three years of throwing vinyl parties, promoting, and booking guests, we had built a reputation as a crew and we had a following. We created an official logo, printed Girls Gone Vinyl shirts, stickers, zines, mixtapes, started residencies around LA, played in Chicago, San Diego, Palm Springs, and up in the Bay. We also got to DJ alongside other WOC all vinyl collectives that started doing their own thing such as Chulita Vinyl Club, B-Side Brujas, Honey Power Club, and Cookie Crew. In 2017, we were all featured in a LA weekly article which I feel really showed that we all had made a name for ourselves in the scene. This year we celebrated the five year anniversary of Girls Gone Vinyl LA at The Monty Bar. I think what sets us apart from others is that we play all vinyl, we’re all womxn of color DJs with diverse styles/backgrounds, we empower others, and we represent LA. I can definitely say that no matter what challenges come along… I’m proud of starting GGVLA because it definitely changed my life in a better way. I feel that it set me on the right path, it allowed me identify with other womxn who are passionate about being a DJ, motivated me to improve my skills, better my confidence, and it’s brought lots of great opportunities.

Is there a characteristic or quality that you feel is essential to success?
I believe that if I really want to make something of myself or make the most out of my life, I have to be dedicated no matter what. I definitely feel that having that love for music, following my passion, and staying true to the craft is important. I like to think of myself as a creative, strong, and determined person. I love being able to connect with others with similar aspirations and tastes in music too.. It’s exciting and motivation. I think it’s important to set high standards for yourself and try to achieve them as you go along your path. To me, being successful in what I do means putting in the work, having self-confidence, and believing that I do deserve to live my best life unapologetically. 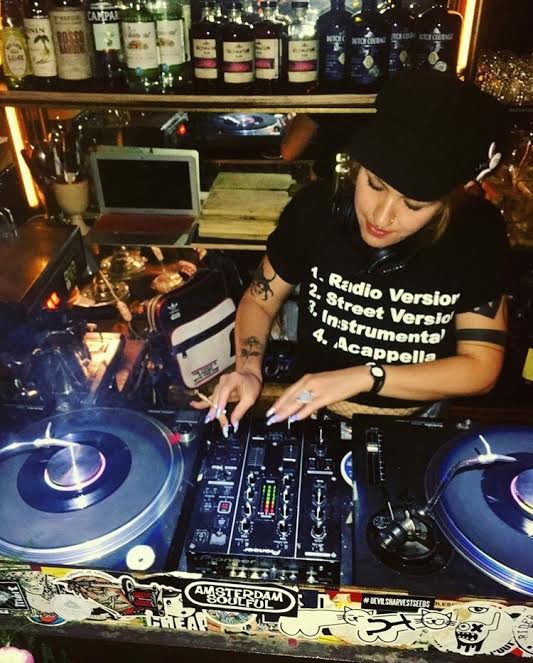 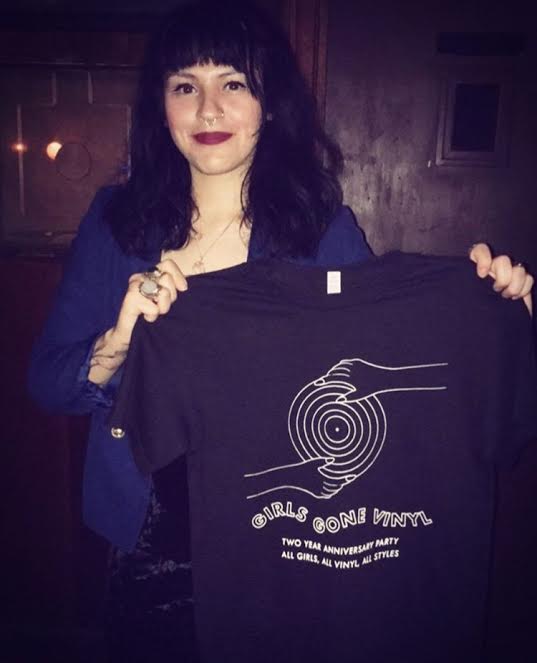 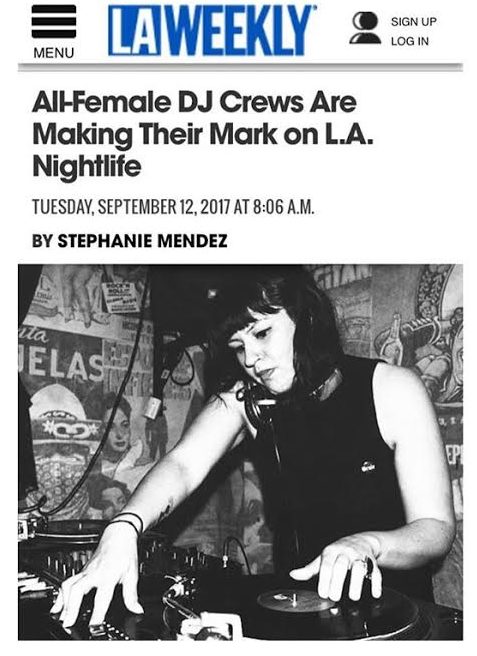 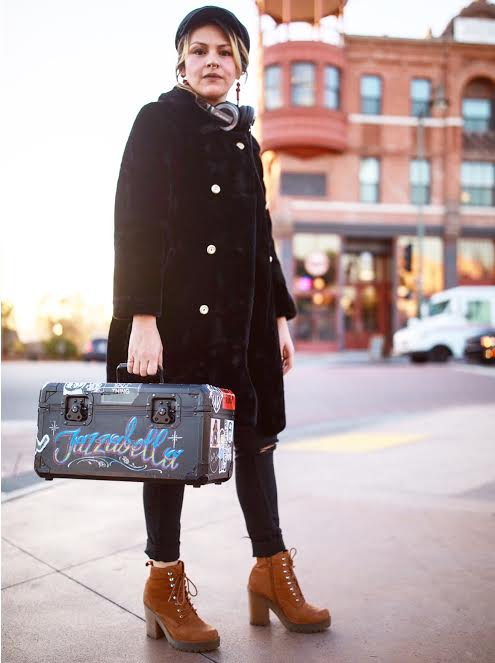 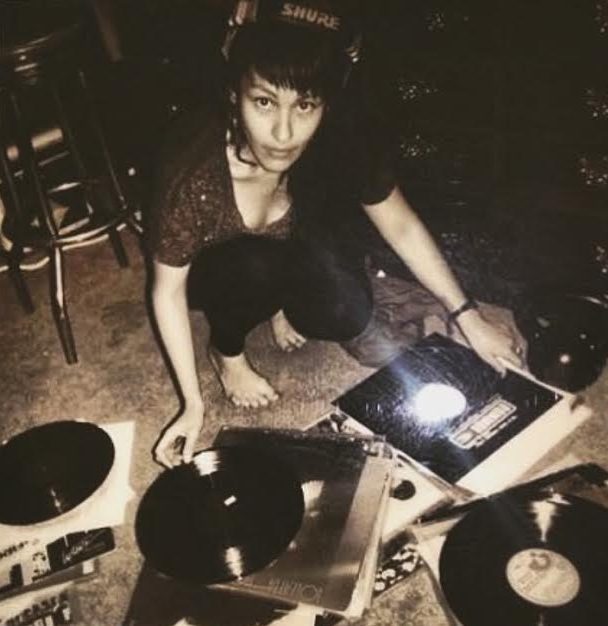 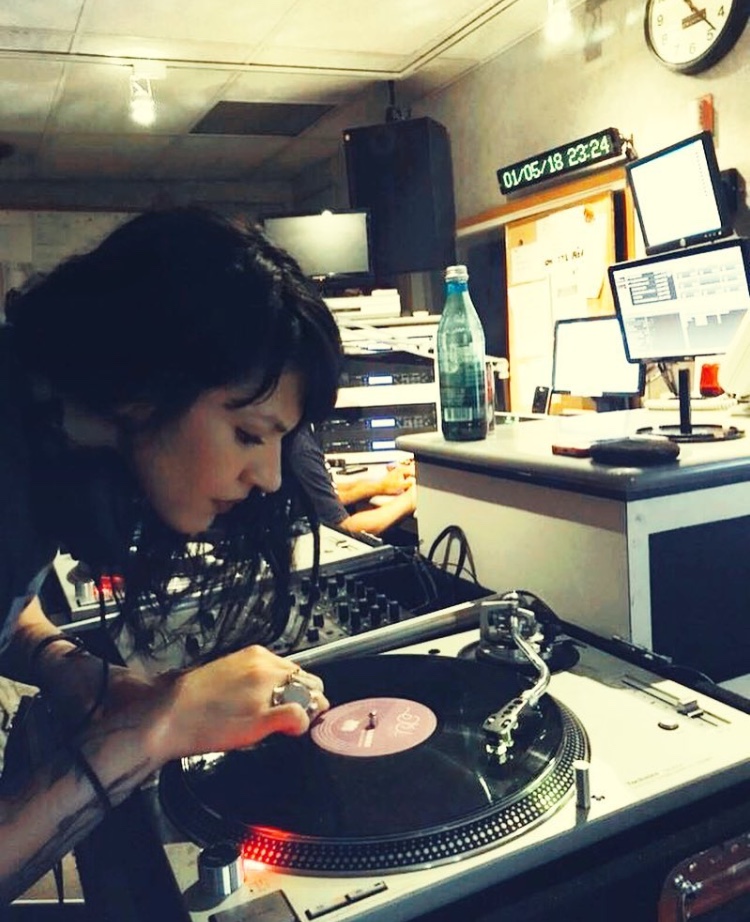 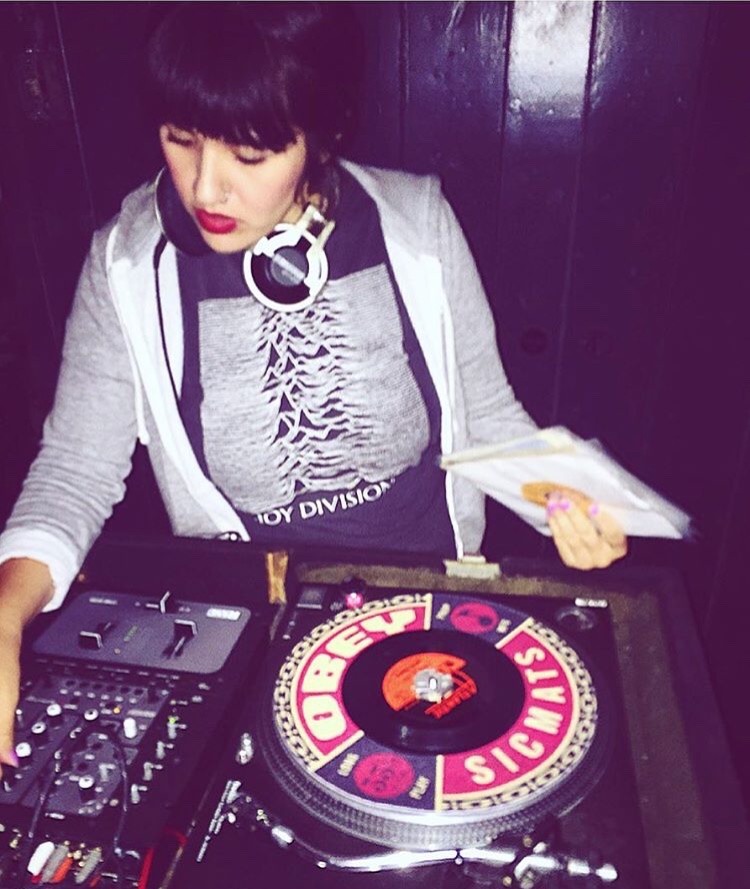 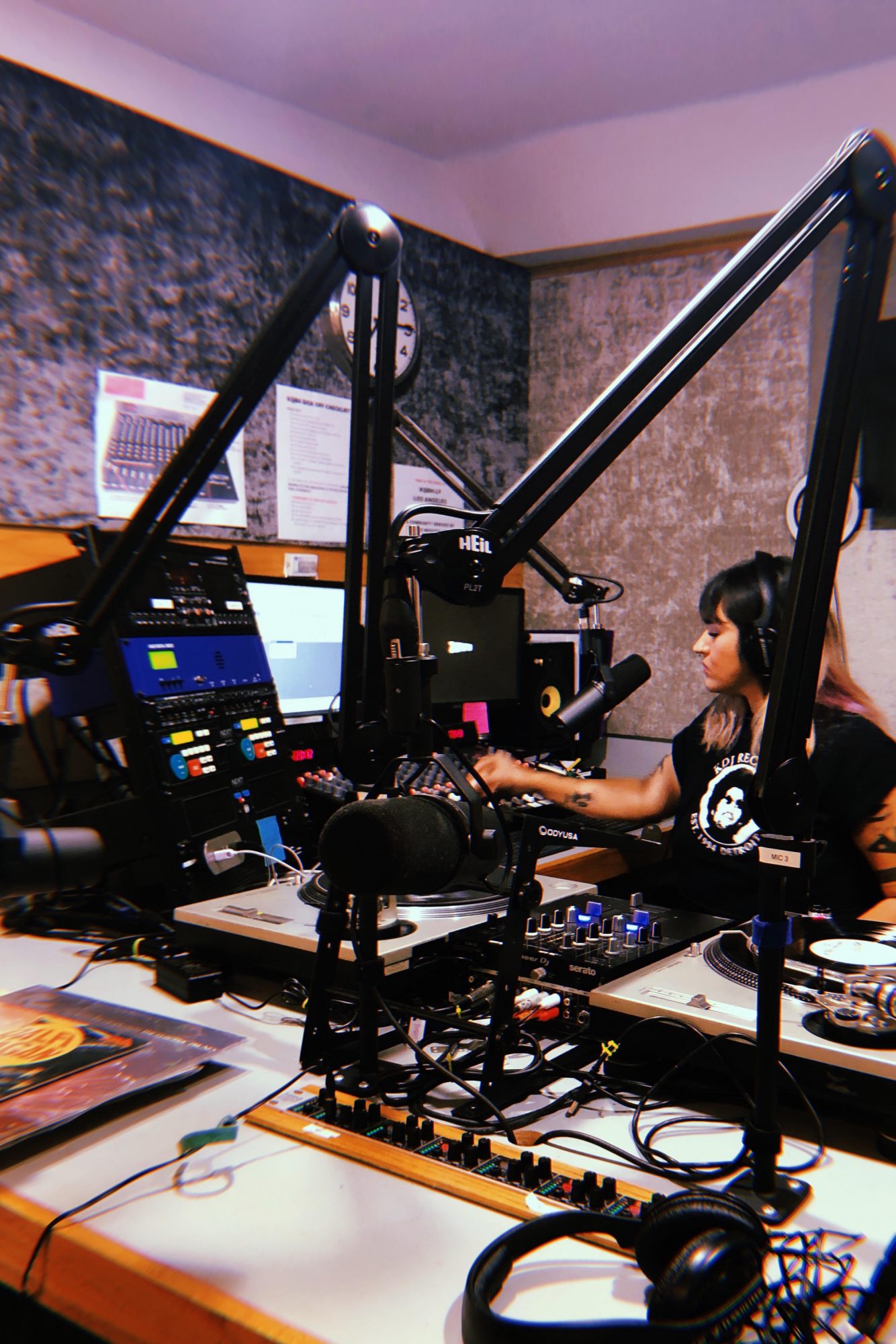 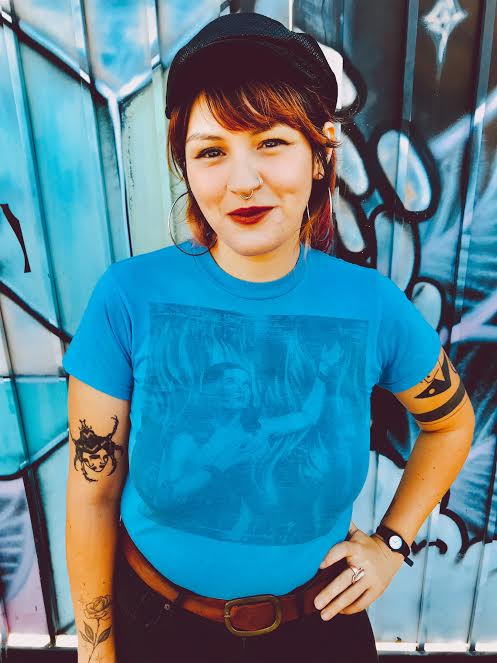