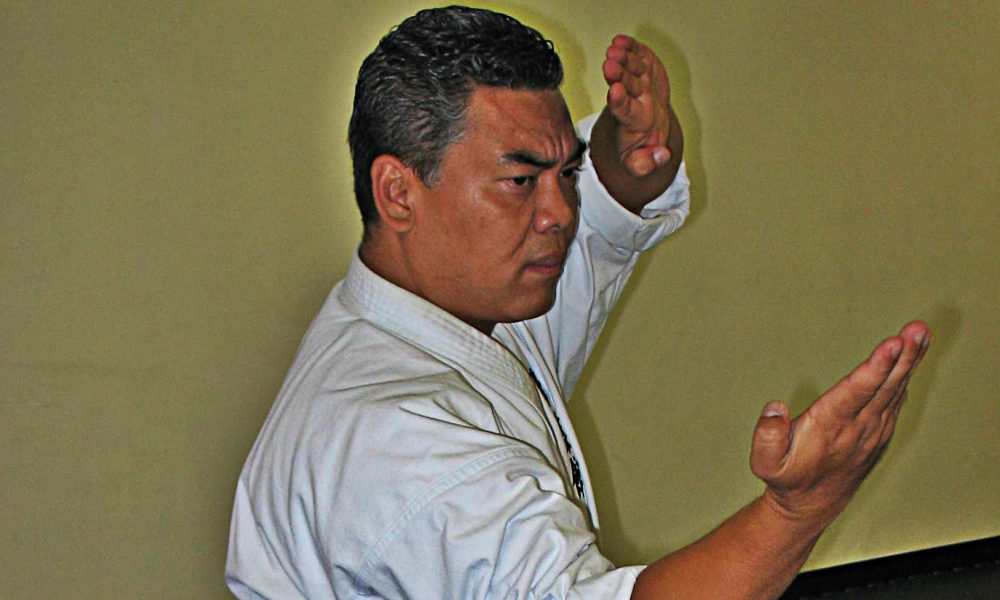 Today we’d like to introduce you to Prince Loffler.

Prince, let’s start with your story. We’d love to hear how you got started and how the journey has been so far.
The Shugyokan was founded in 2005. I chose the name as it better represents the heart, the spirit and the strength of the dojo.

The word “Shugyo” may be defined literally as “conducting oneself in a way that inspires mastery”. While the meaning of the kanji used in “shu” was originally translated as using a brush to strike away the dust that obscures the viewing of a person’s original elegance, the combined kanji of “shu” and “gyo” (carrying out, walking along) is now generally translated as simply “severe or austere training”. The word “KAN” in SHUGYO”KAN” means house, therefore SHUGYO “KAN” is translated “AUSTERE HOUSE OR HOUSE OF AUSTERITY”.

Great, so let’s dig a little deeper into the story – has it been an easy path overall and if not, what were the challenges you’ve had to overcome?
The path was bumpy and often time impassable. After failing twice on this type of business. I refused to quit. My own sensei once said, being a dojo owner is not for everyone. When I lost the first dojo, I had 10 students. I made a promise never to abandon my students, I decided to give it more try, and he we are 50-60 students later.

Please tell us about Shugyokan.
The Shugyokan dojo is one of the very few schools is Los Angeles that has an unbroken and verifiable karate lineage  that can linked itself directly to Okinawa, Japan.     Our style is called Matsubayashi Ryu Karate, founded by Shoshin Nagamine Sensei in 1947.    Matsubayashi Ryu karate is considered to be one of the three major Shorin Ryu style from Okinawa.

The ultimate objective of the Shugyokan Dojo is to achieve the unity of body and spirit through the spirit of Oshi Shinobu, which means to push oneself to the limit of one’s ability and yet be able to continue to persevere under pressure during the rigors of training.  Students of the Shugyokan Dojo are taught the non-quitting attitude of striving against all odds on the road to physical, mental, and spiritual strength.
We believe that forging the body is also to forge the mind. The practical and philosophical aim of the Shugyokan Dojo is to bring the mind and the body together as one. We cannot concentrate the body without concentrating the mind. Conditioning our movements to the correct standards of execution require tremendous physical effort and concentration of will. To truly develop Karate we must call upon our deepest resources as mastery does not come in a day, a month, or a year.

Shugyokan Dojo Karate training demands that we overcome discouragement and discipline our emotions in the face of fear, only then can we begin to analyze what it means to commit to a pathway until success is assured. This dedication brings with it a sense of integrity where ethical action and moral certainty naturally evolve within a practitioner. The pathway of inner development that grows from the study of this endeavor science is called  Matsubayashi Ryu  Karate-Do.

The Shugyokan is proud to have produce many outstanding kids and teens. Many  of the students  are world champions not just in sports but in their personal life as well. We also pride ourselves of having a majority of these students adhere to the main belief  of  the dojo about having a perservering mindset and  attitude.

We have had kids as young as 18 months that are now in their teens and closed to adulthood.   Many of my kids that now in colleges from several states still maintain contact with the dojo.

We have adults who comes to train here at the Shugyokan lives as far as Simi Valley,  Monrovia San Diego, San Fernando and Santa Ana.

There’s nothing fancy about the Shugyokan, all we have is simply real karate with real tradition.

Image Credit:
All images belong to the Dojo