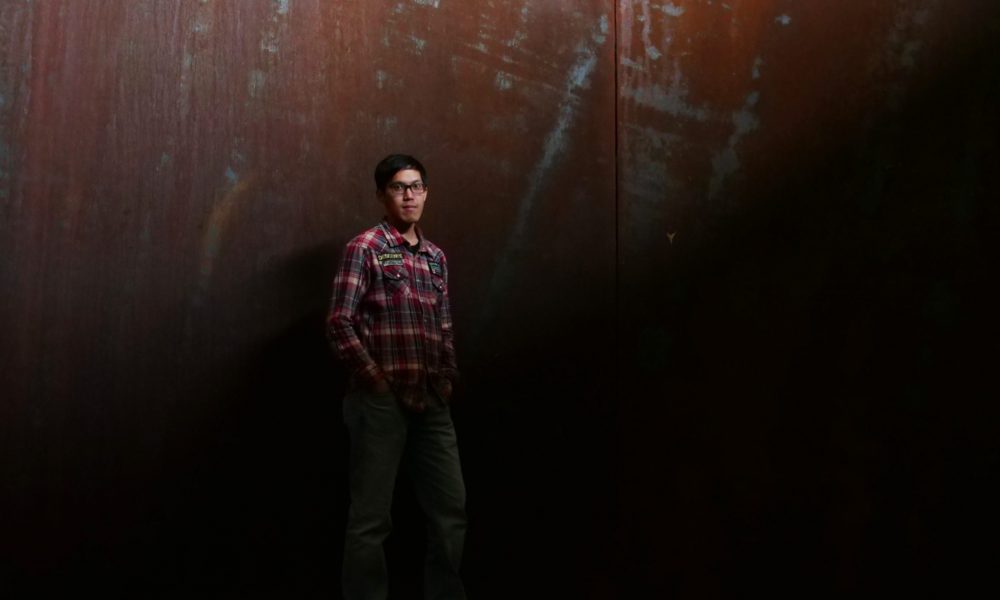 Today we’d like to introduce you to Po-Yu Chen.

Hi Po-Yu, can you start by introducing yourself? We’d love to learn more about how you got to where you are today?
Growing up in a traditional family in Taiwan, I never thought about being a filmmaker when I was young until my university years. I majored in Drama and Theater in Taiwan and that was when I had an encounter with film, learned how the media was such a strong medium that can tell the story to express what I care about most at that time- social justice. And that was the time I learned that films can have so many different formats including breaking the fourth wall, facing audiences and through editing, the linear time can be played, transformed that thoroughly. That was the first time I felt the passion of creating something and I embarked on the idea to study film production.

After serving one year as a firefighter in Taiwan, I started trying to get into the film industry in Taiwan, but it was small and exclusive, I was far away from it. What should I do? I got a chance to work in <Silence>, the Hollywood film production that came to Taiwan in 2014, and even I was working as a production PA, I was still able to have a glance at film production and I could feel the passion working in the film industry from then on.

Luckily enough, I was able to come to study film production in the US, learn the craft of storytelling, and stay in the industry working for years after graduating. With the ability and knowledge of being a film writer, director, editor, I am right now working as a professional director editor and developing my new films TV series in Los Angeles.

We all face challenges, but looking back would you describe it as a relatively smooth road?
It wouldn’t be a journey if it was too easy and smooth :)) The creating journey was always not easy and full of struggle. Especially as a film writer, director who lives, creates works in an exotic country. The alienation did give me some hard time fitting into the society and in the first year, the topic of my works mainly came from the life experience I had in Taiwan and that lasted for about two years, making me wondering my creative direction, how to make myself able to tell the story reflects my life living here in the US, and create works that can only be told by myself. Then I start trying to shift focus to the city I lived in, people, lifestyle, the problem I was able to see, feel directly in person so the story would have a stronger connection to nowadays.

The other big obstacle was on the journey of creating works, how to keep the passion on specific one project since for a film project, the creating process is always so long and the helplessness and loneliness and hesitation would come up all the time. As a creator, learning how to deal with these emotions and maintain a regular, healthy, clear mind on creating routine is so important. I have a group of filmmaker friends, we would meet up regularly, share the work we are writing, developing, and also exchange info about grants, labs, any opportunities with each other. All my works were made and developed with feedback from friends, mentors; so I think it’s very important that I have a company on the process, otherwise, the route would be more bumpy and rocky.

As a professional independent filmmaker, the other hardest part on this journey was getting funds and finding a good balance between supporting life and developing passion projects. Being able and willing to work as a professional videographer, editor and commercial director is something that would help a lot since filmmaking is a craft that needs practicing, and working in different formats of filmmaking doesn’t bother me, even helped me to broaden my horizon, getting familiar with my crafts.

Can you tell our readers more about what you do and what you think sets you apart from others?
I’m always a filmmaker who interested in telling a story which can explore characters’ inner anxiety reflects the keep-changing society. As a writer director, I believe I have the responsibility to understand and feel what is happening nowadays and tell an engaging story which can allow most common audiences to watch the film and receive the information I want to deliver. The most important is I want to raise people’s attention to certain topics, which could be various including global issues, political issues or even an individual existential crisis.

I believe through the well-written and directed narrative story, the message could be deliver well and powerful, and that’s what I’m good at and have been kept doing. I’ve made several narrative films including <Something in the Water>, which screened at Museum of Moving Image and won Alfred Sloan science foundation production grant; <Happy Birthday to Me>, selected to be part of Project Horizon by CineCina Film Festival and selected to be no. 1 of the best ten submit-your-film awards from Asian Movie Pulse review.

I think I’m always interested in topics other film directors rarely touch and the way I film it, in a realistic way, always allows me to explore the magic of time in one shots by seeing real person, actors breathing, acting and living. I always believe the realistic filmmaking is an iconic special trait for me and I’m willing to explore more on this track with imaginary visual ideas.

I’m always trying hard to find the topic of the story which I understand and care. The reason of making certain film always is critical for me and I’m proud of that. I can never imagine how I could write, direct, be with a story I don’t really understand and characters don’t attract me.

That’s why my next film, A Second Farewell, is a story set in LA and is about an Asian who has moved to LA with her husband for years and living a happy life. The plot is her journey to find the definition of her life again by visiting her other immigrant friends in California. Through the difference of their occupation, income, attitude toward the politics, the protagonist has some inspiring conversations with friends and has a clearer idea about her own life. The idea comes from my observation of life and as a Taiwanese immigrant in the US, I’m willing to explore a story happens to people like my friends and me and then using a cinematic way to tell it. The film now is under pre-production and ready to be filmed this winter / next spring.

Do you have recommendations for books, apps, blogs, etc?
There are many resources I would take to help me do my best in life. Films are necessary for me so MUBI is an iconic platform for me to watch masterpieces and absorb movie knowledge. MontagePlay is another rising streaming platform that shows many Asian independent auteur films that rarely could be found elsewhere.

Reading books is also important for me. I found different kinds of books help me in different ways. Recently I read an autobiography by one of my favorite actors, Matthew McConaughey and I enjoy learning a lot. I’m also learning meditation recently so I have some books discussing the relationship between meditation and science and our brain. That’s also inspiring. 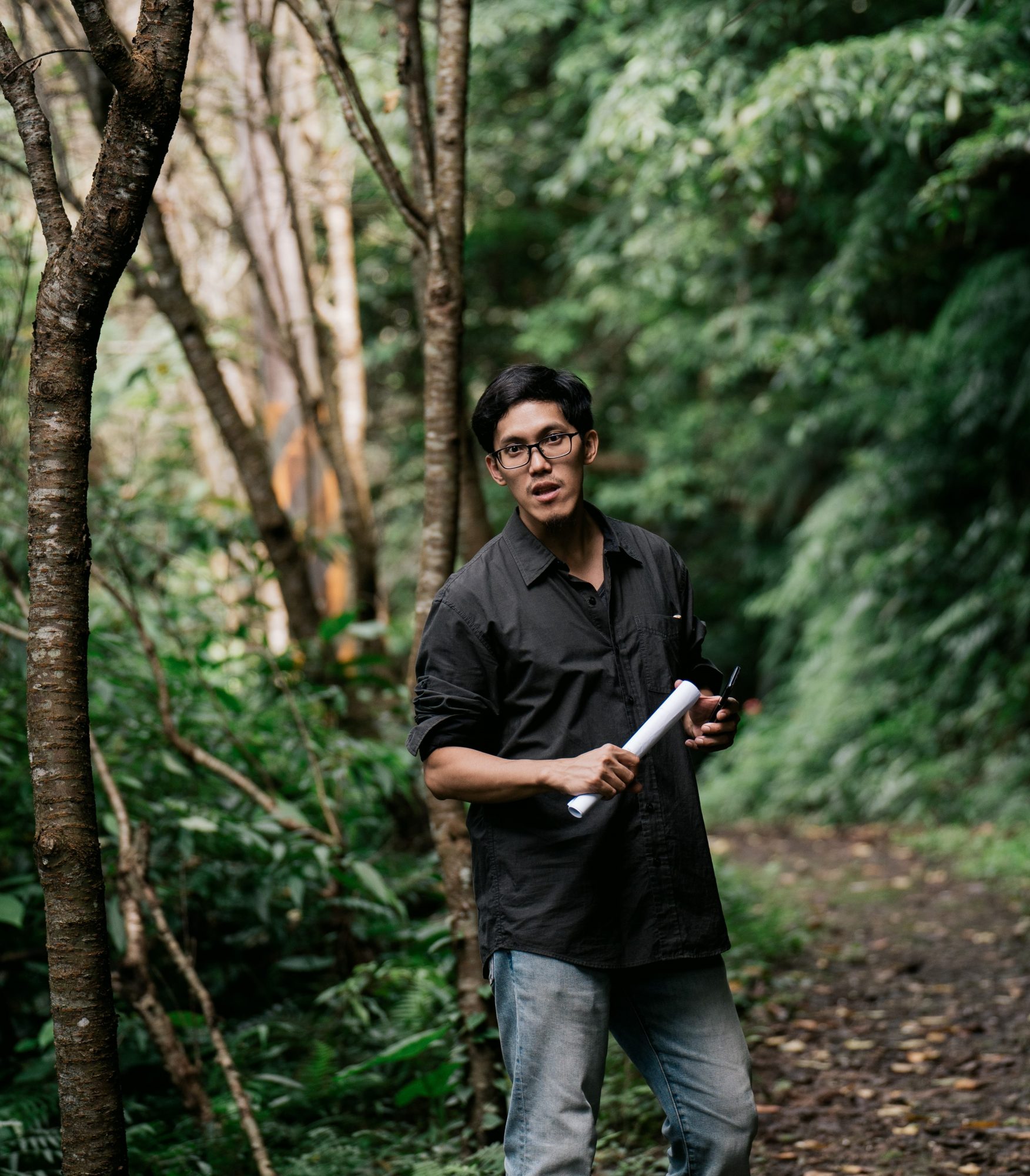 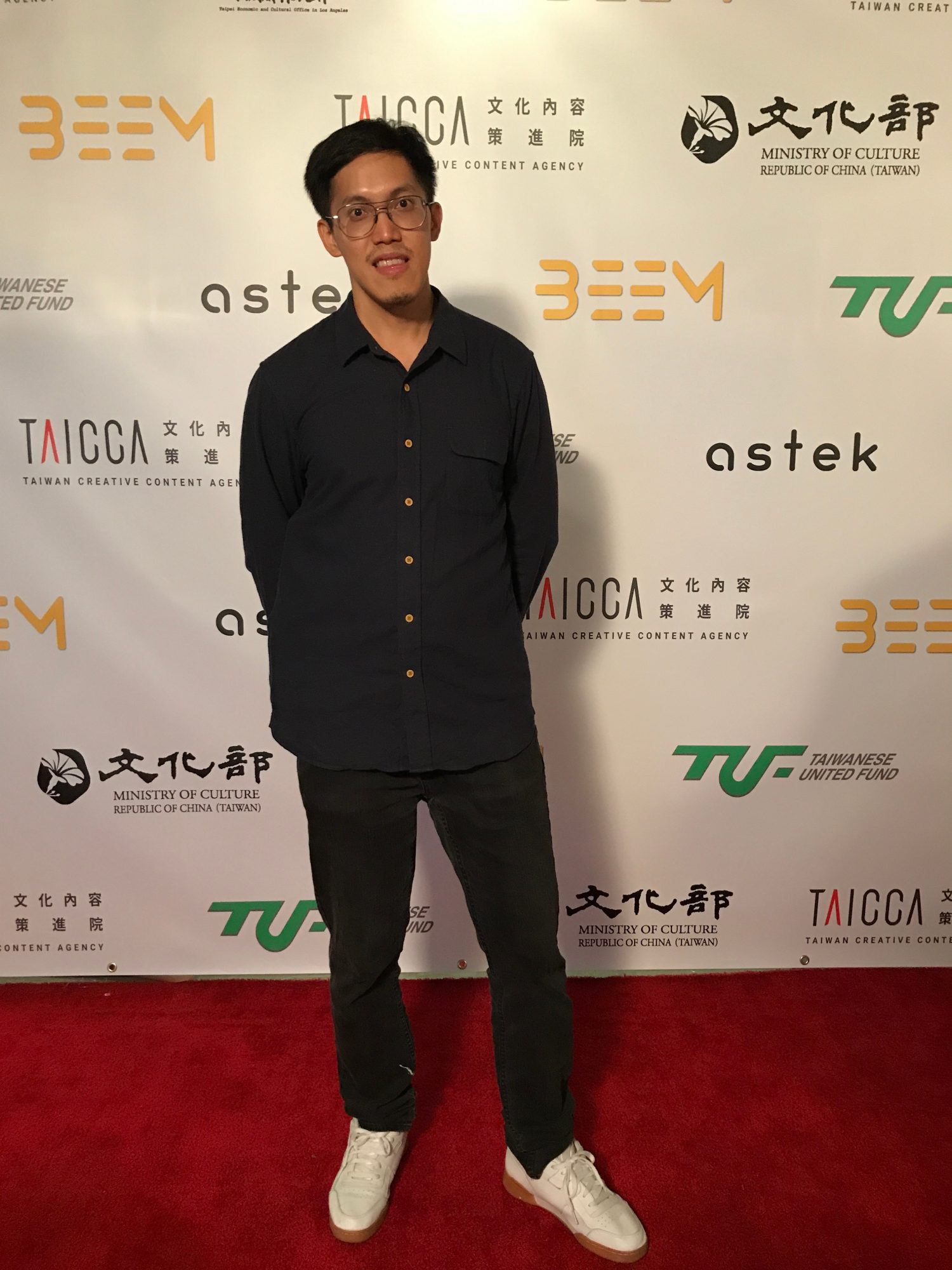 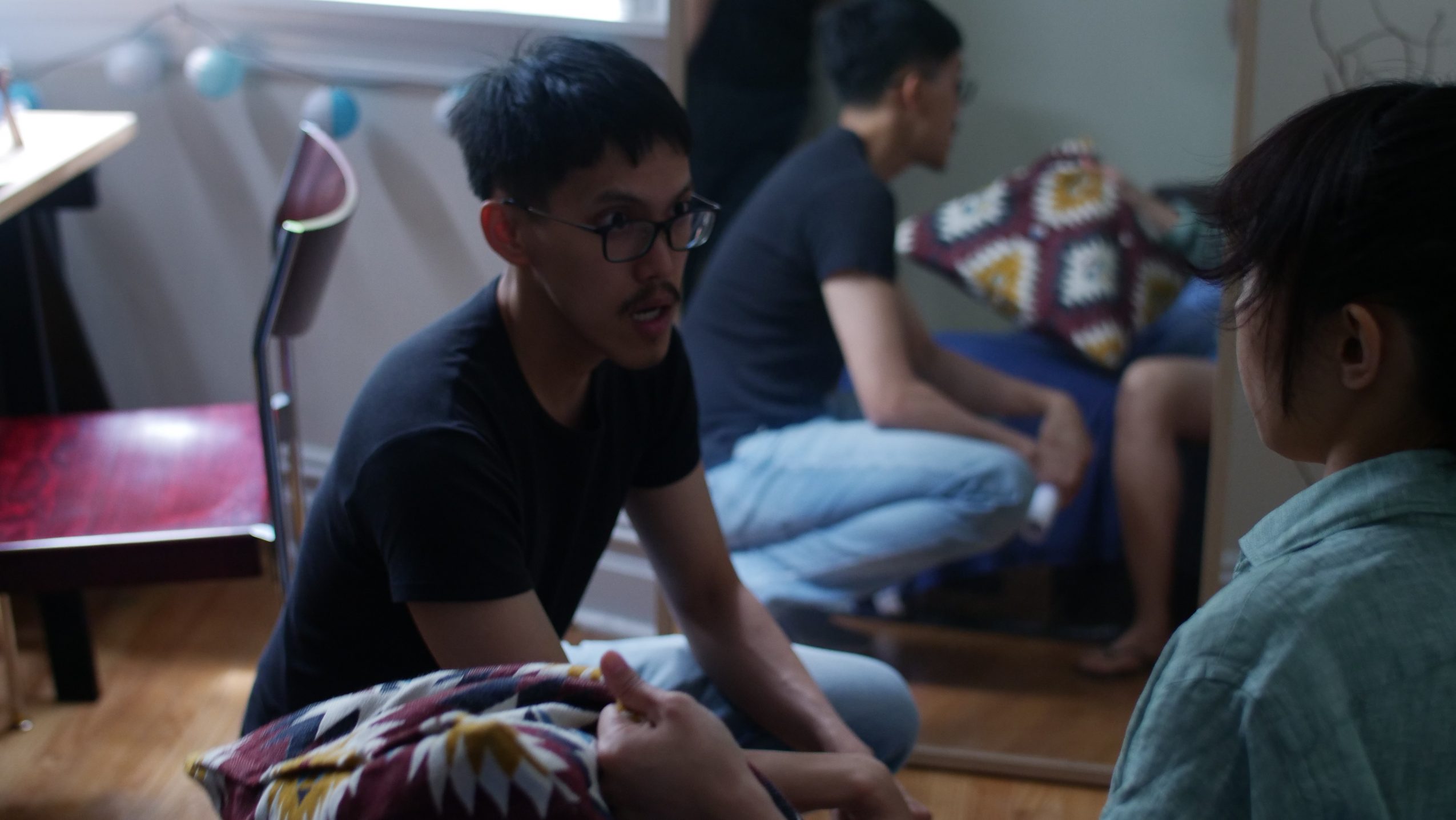 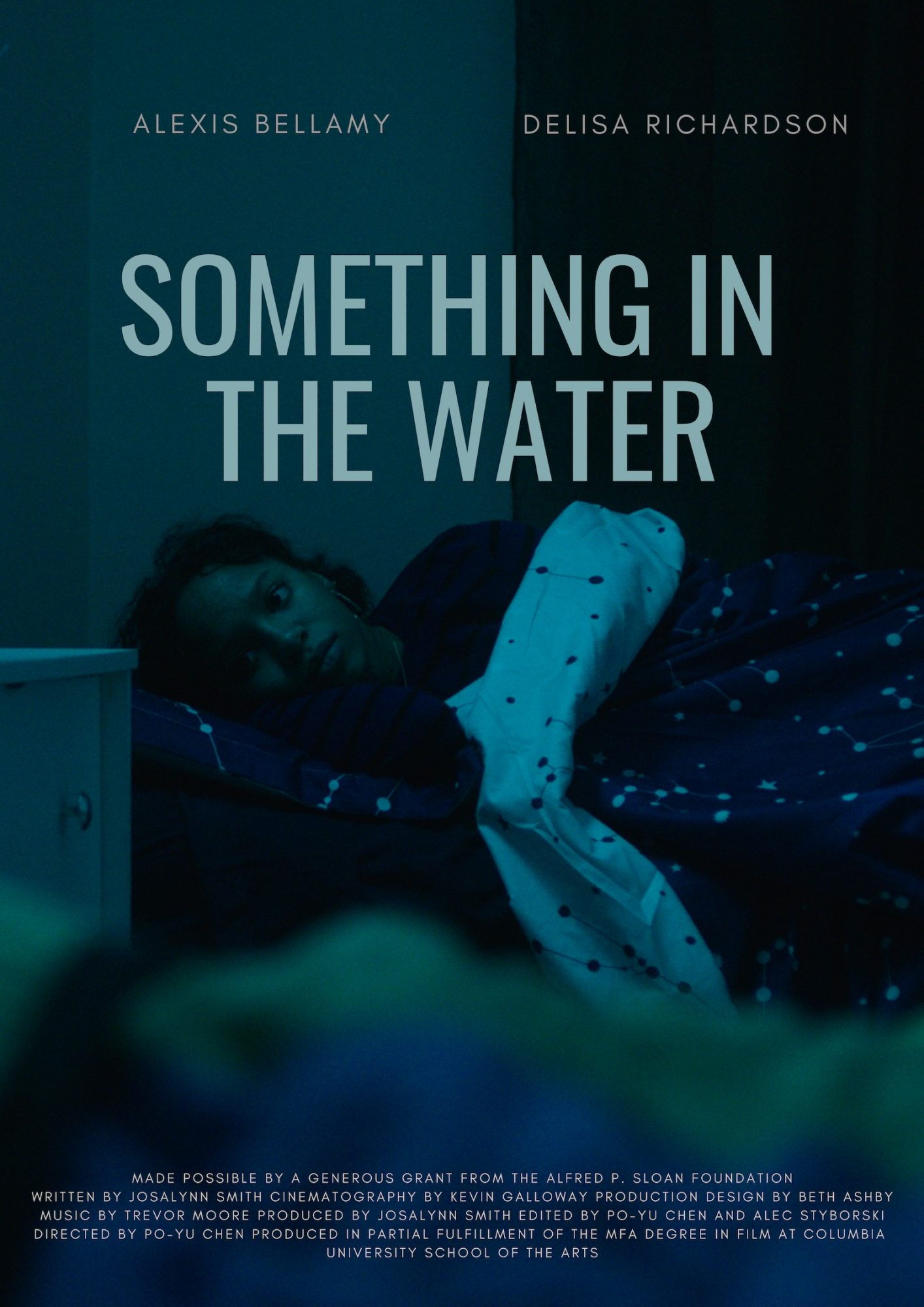