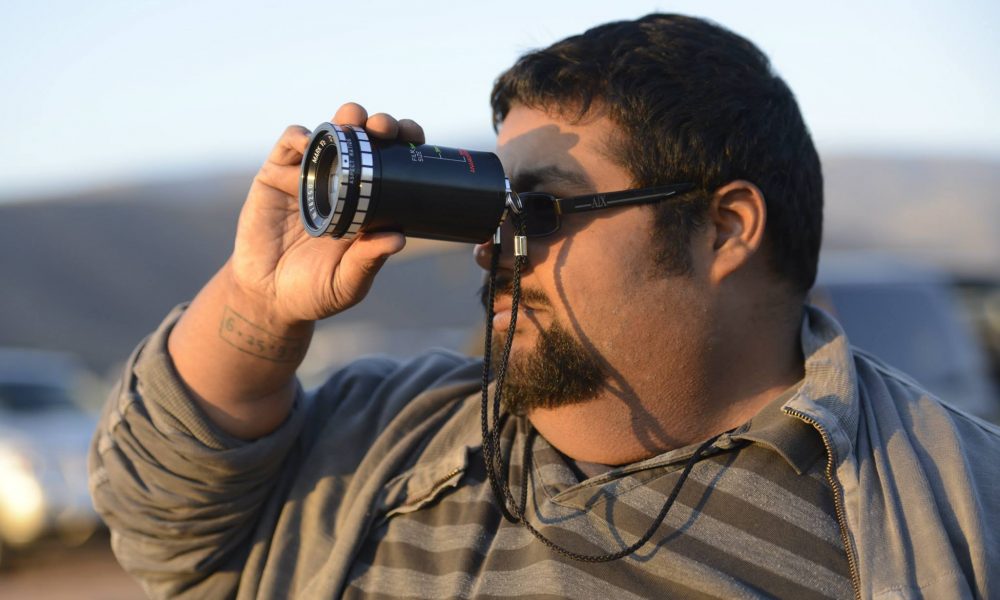 Today we’d like to introduce you to PJ Germain.

PJ, please share your story with us. How did you get to where you are today?
How I started in filmmaking is deep-seated in my childhood. I was born in New York City but grew up in a small town in the southern tier of New York State where you either played in the woods or you watched movies and tv. I wanted to entertain people as far back as I can remember and as a small child, I made movies with my family’s giant VHS Camcorder whenever I could get my hands on it. I have fond memories of watching films with my parents to the likes of Back To The Future, Star Trek, Indiana Jones and Ghostbusters.

I initially wanted to be a child actor. It was this glamorized escape from reality that I had always been drawn to. My parents would take my sister and I on a yearly trip to Orlando, where we’d be engulfed by the movies at Universal Studios and Disney World. In retrospect, they are just theme parks but to a kid at the time, they were magical gates to a world you couldn’t touch in Upstate New York. It was there in Orlando that I got my first glimpse in how movies were made; my dad signed us up for the Universal Studios “Star Trek Adventure” video and I was hooked forever.

At age 11, I was diagnosed with a rare bone disorder in my left leg that required immediate surgery or I’d lose the ability to walk. While in recovery at the hospital, I went into cardiac arrest and died from an untested allergy to the morphine. I was dead for about 2 minutes before being brought back. That experience, passing through thresholds of life and death, is a story for another time. However, it did instill a need for fulfilling the things I wanted to accomplish in life. After leaving the hospital, I spent the next six months re-learning how to walk. It was a grueling, uphill battle of an experience but it gave me the time to start studying the men and women behind the camera. The directors and cinematographers, the editors and designers; how a movie was made had become more interesting to me than acting in them.

As I grew into my adolescence, I started playing drums and guitar in bands around my town while still making short films with friends. When it was time to decide on college, my Theatre Arts teacher suggested filmmaking as something that I could actually pursue as a career. Being from a small town, I always thought it was a pipe dream but it wasn’t until that conversation that I realized filmmaking was what I needed from life.

I attended the film program at Hofstra University in Long Island, NY and it was there that I met talented people that would later become my friends, colleagues and business partners in my pursuit of professional filmmaking. I did a deep dive into learning as much as I could about film production, while also writing and directing shorts as often as I could. Upon graduation, I moved to LA with those friends and never looked back. I think having a support system with you during such a big life change is incredibly important. Los Angeles can be a lonely place but having friends going through it with you is invaluable.

I spent the first few years of my time in LA following the typical route of Production Assistant but then decided that I had to branch out on my own and make my own stuff. I needed to create, not be a small cogwheel in a machine. I started making music videos for indie artists in LA and partnered with friends to make shorts and spec commercials. I just tried to fill my time with constantly making content. I eventually realized that I needed an outlet for my creativity and in 2011, I applied to the Directing Program at the American Film Institute Conservatory.

While attending the AFI Conservatory, I met a lot of people, both established in the industry and peers that have since gone on to do great things. It was a humbling and also mind blowing experience to spend almost three years engulfed only in the art of storytelling, surrounded by writers, cinematographers, production designers, editors and other directors from all around the world. It’s there that I realized what my part of the filmmaking process actually meant. I made four films there, some better than others and came out with a newfound appreciation for filmmaking than I ever had before. It takes a little bit of readjusting to the real world when you leave a place like that, but the lessons and experiences stay with you like it was yesterday.

Since then, I’ve worked on numerous projects as a producer, director, editor and visual effects artist. In 2018 I opened Laurelwood with the friends I made from my time at Hofstra University. We’re based in Burbank and are a creative production/post-production company. We’ve had the tremendous opportunity to work on some great projects and look forward to what the future holds.

We’re always bombarded by how great it is to pursue your passion, etc – but we’ve spoken with enough people to know that it’s not always easy. Overall, would you say things have been easy for you?
No road into the arts is ever smooth! However, your outlook and perseverance is what gets you through the toughest of times. One of the biggest challenges of working in the industry, especially when you’re just starting, is figuring out your path. Directing, as much as I’d love it to be, is not a 9-to-5 you can just apply for.

Because of that, there’s no definite paycheck waiting for you at the end of the week. Where will your next paycheck come from? What do you need to do or learn to do to get through the month? I’ve had to learn and elaborate on skills outside of directing in order to survive. I’ve worked as an editor, as a visual effects artist, a sound designer, a writer, a cinematic quality control representative and more, just to live. I’ve been lucky to at least keep it within the entertainment wheelhouse but as a creator, this often times leaves little room for your own work.

Not only that but being a person of color, I’ve had to work harder to prove my worth. The opportunities for advancement are held by gatekeepers who more often than not, see diversity as a quota to be filled. Until that changes, people like me will slip under the radar and continue to grind in order to be seen.

Living in LA as a transplant from another state has its own struggles. Pursuing a career in this city becomes your life. You miss out on the important events and happenings with your own family. I used to travel back to New York as often as I could but eventually, as I started my master’s degree program and then I got married, it became harder to go back for a birthday or a holiday. You realize you sacrifice a lot to pave this path for yourself.

These things drive the notion that you can’t give up, you can’t quit, or else all of it was for nothing. So you persevere and continue moving forward, taking in all the successes with all the failures.

So, as you know, we’re impressed with Laurelwood – tell our readers more, for example what you’re most proud of as a company and what sets you apart from others.
Laurelwood is a boutique entertainment company that offers creative Production, Post Production and Rental services.

As a multi-talented team of filmmakers with years of feature and network experience, we aim to provide a complete production approach, guiding our creative clients from development all the way to finishing and even guidance in the distribution market. With a roster of Producers, Directors, Cinematographers, as well as Editors, Visual Effects Artists and Digital Colorists, we can join a project at any point of the process and give it the care and attention to detail it deserves.

Our work has ranged from music videos and docs to narrative shorts, series and feature films.

We have a storytellers approach with the multi-faceted experience of physical and post-production to provide informed decisions in the process along the way.

So, what’s next? Any big plans?
My plan for the future is to continue pursuing my craft while growing my business. I’ve been developing features for Laurelwood with the aim to roll them out as we gain funding. I’ve always been driven to tell genre stories and we have such a great filmmaking voice at Laurelwood that I’m excited to show the immense creativity, hard work and value we put into what we do. In between that, I look forward to meeting new clients, filmmakers and providing the service and assistance that we have for the past few years.

In the short term, there’s a lot keeping me busy! Laurelwood was on a show right before the COVID-19 outbreak and unfortunately the entire industry shut down before production finished. So I’m itching to get back on that. I’ll also be directing a short film based on a story by Edgar Allen Poe once we’re able to get back to work. We’ll be doing that in collaboration with my friends at Black Castle Productions whom I recently directed a short comedy for back in February. I also directed and produced a series pilot that I’m hoping gets picked up for series, but we shall see! It premiered last year on the festival circuit. It’s a quirky but heartfelt female-driven comedy that I think people would really appreciate right now, given the times we’re in.

I’ve always liked to challenge myself and step outside of my comfort zones, so I’m looking forward to doing that with every new project and client that comes through the Laurelwood office. 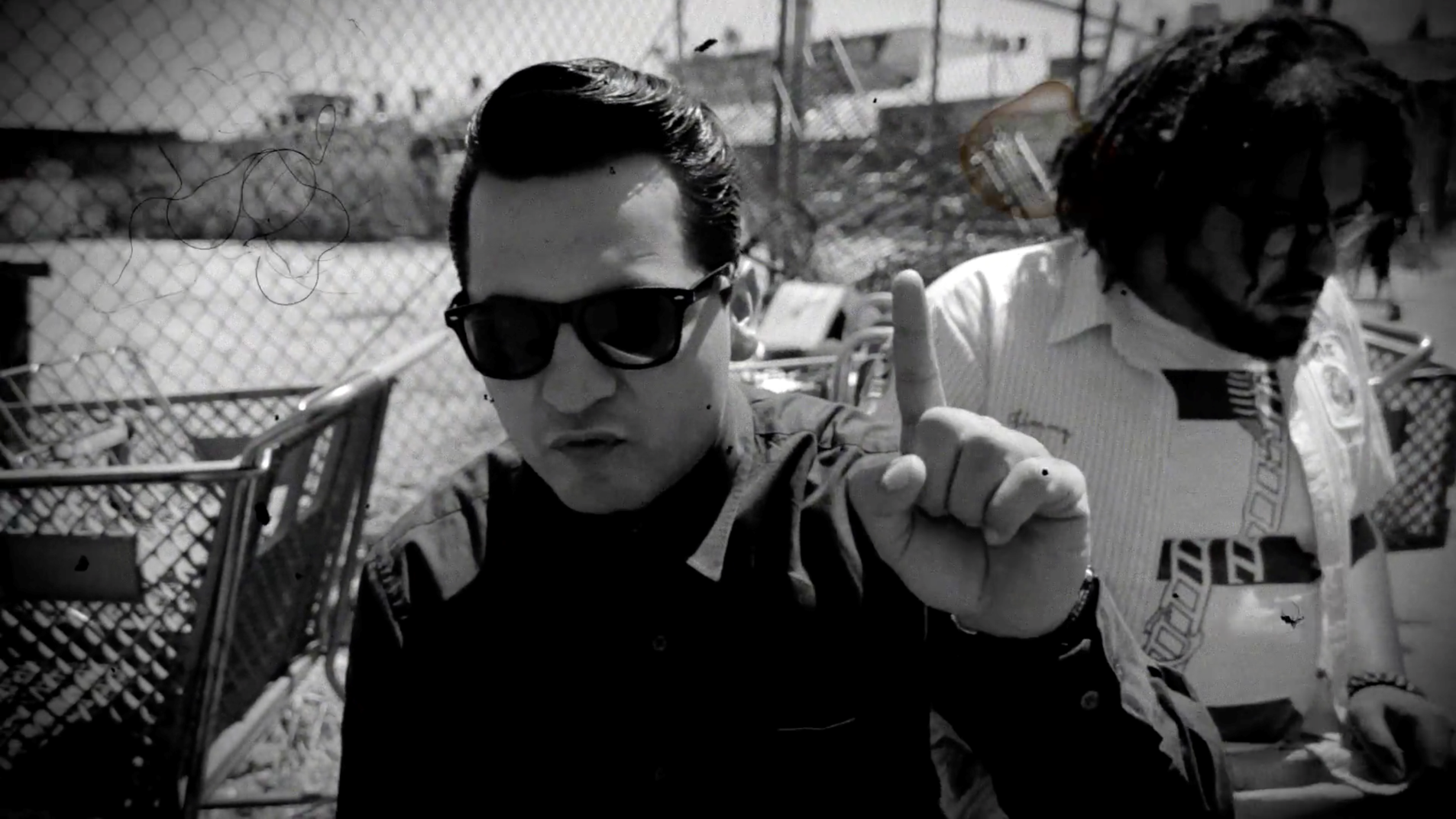 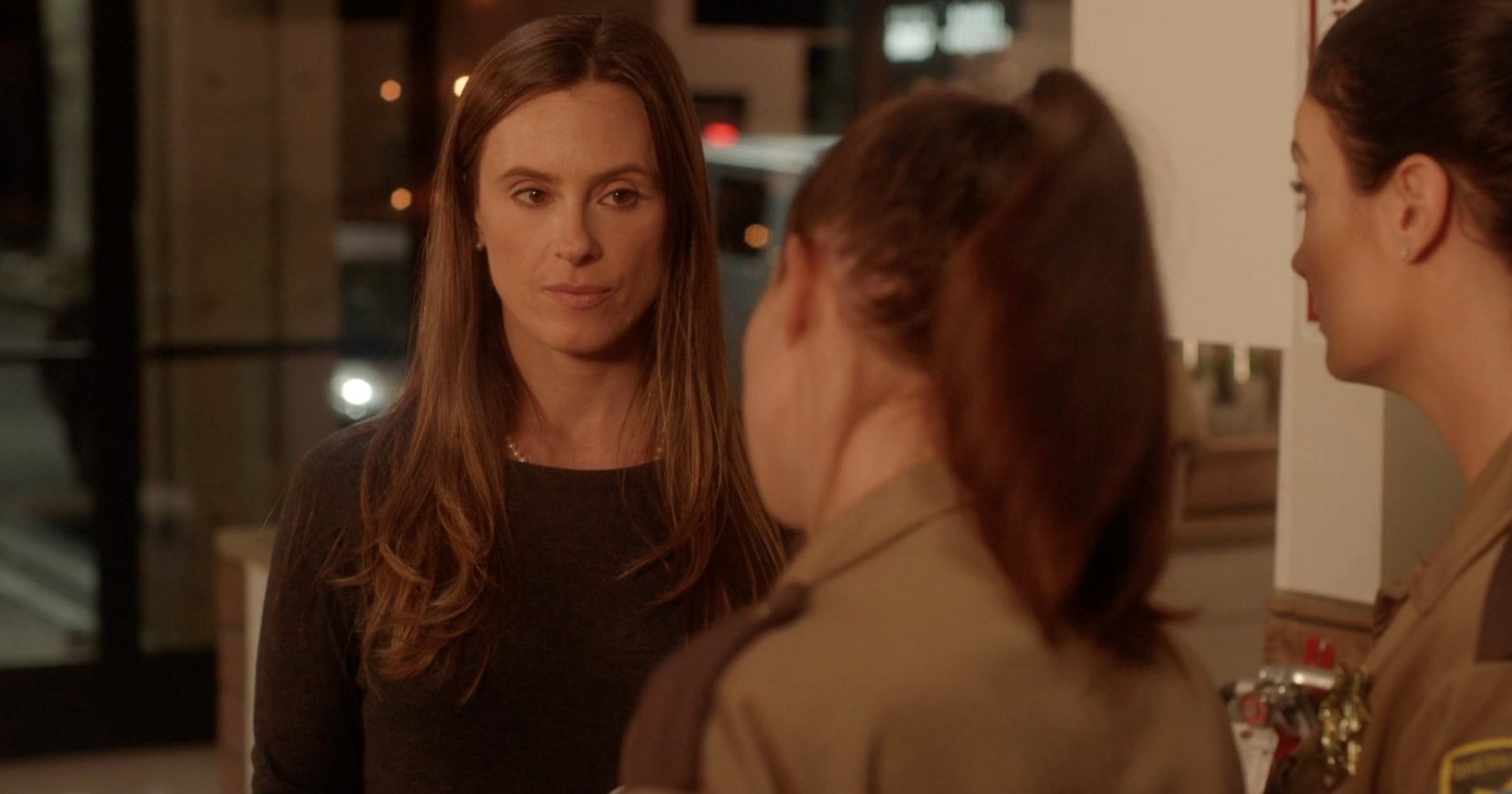 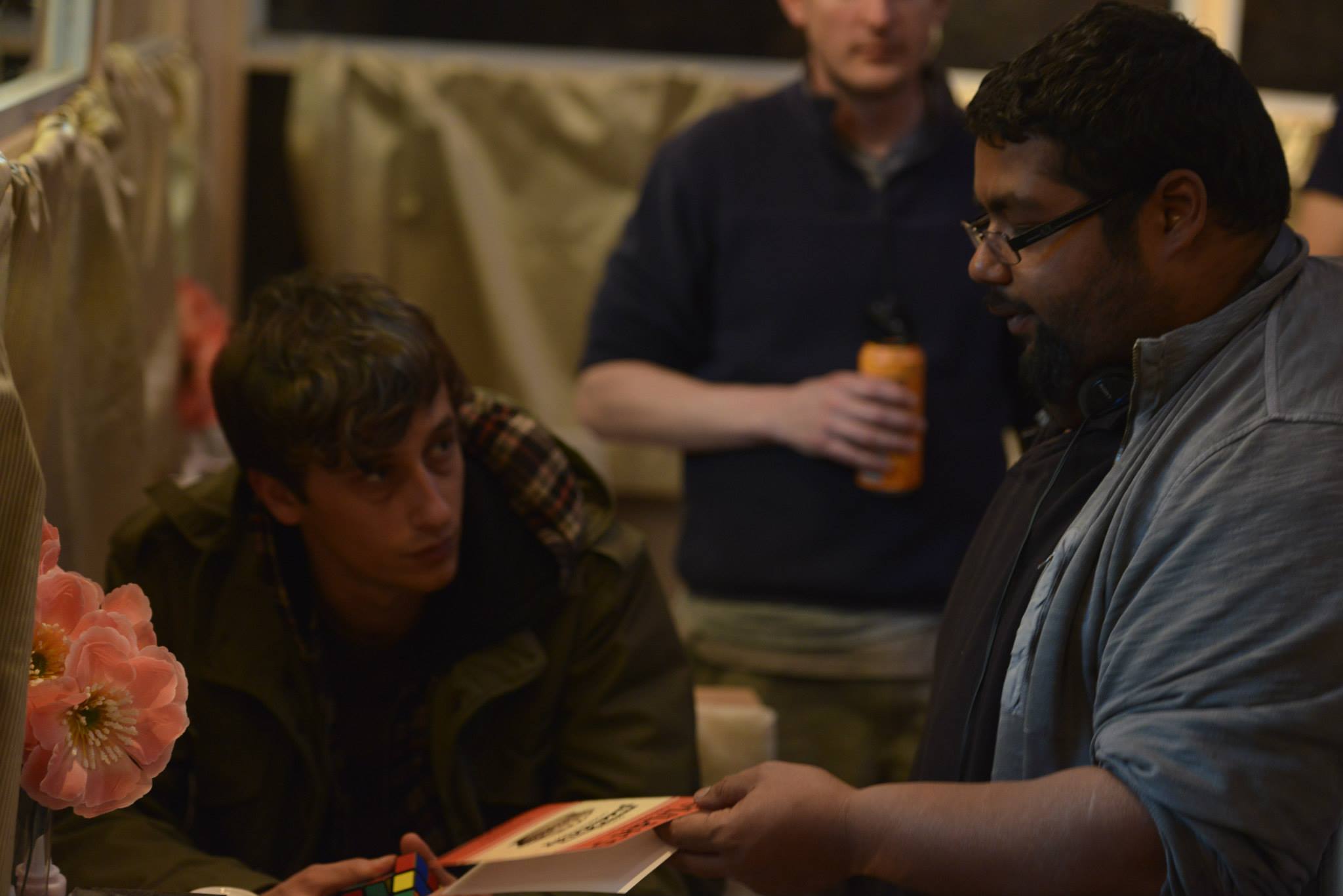 Image Credit:
Screen shot images are from projects I’ve directed, photographed by myself as well as cinematographers Jeff Billings and Tim Kang. The production still is by photographer Alex Lombardi.