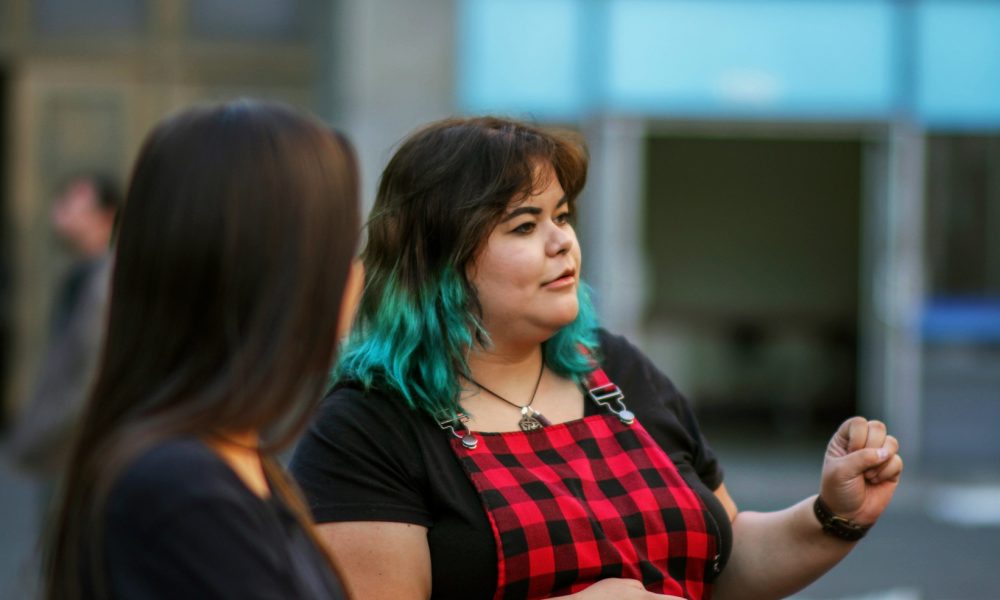 Today we’d like to introduce you to Pimvenus Clark.

Pimvenus, please share your story with us. How did you get to where you are today?
I grew up in Bangkok where parents pushed kids to pursue a STEM career and that wasn’t going to work for me. I naturally leaned towards the arts, which made my life in Thailand pretty difficult. When I turned 14, it got so unbearable that I convinced my parents to let me drop out for a year. I spent that year trying as many art fields as I wanted with the promise that if I didn’t find my passion within that time, I would move to the US for school. A year passed and nothing truly clicked so off to America, I went.

Everything changed in my junior year when I joined Hart TV, the student news broadcast at my high school. I had an amazing teacher named Mr. Howard who made that classroom feel like my second home. I spent more time in the studio than I did at my house during those years. We were encouraged to use the film equipment to shoot anything we wanted as long as we kept Hart TV running smoothly every day. My friends and I ended up making a lot of short films together on Sony camcorders and janky tripods. It was the first time that I felt like I belonged somewhere and as the girl who spent most of her childhood trying to find out where she fits in, it became everything to me.

After I graduated, I went to community college but the film department there didn’t feel the same so I ended up in the theatre department for a couple of semesters. It ended up being a very good detour because I learned a lot about directing actors and dramatic story structure. I still use the things I learned from that period in every project that I do. The biggest problem was that I just really missed filmmaking so when it came time to transfer, I only wanted to apply to film schools. Unfortunately, I didn’t have enough money to pay for all the application fees to every film school that I wanted, so I only applied to one, which was USC’s School of Cinematic Arts.

Thankfully, it panned out and I was accepted as a Production major with a screenwriting minor. I was very lucky because I became friends with filmmakers who wanted to make as many short films as possible. It’s rare to find people you don’t have to push very hard to do something. One of my favorite memories at USC was walking through a church on campus and texting a friend that I thought the location looked cool. I told him I would love to shoot a horror short film in it. He immediately texted back ‘let’s do it’ and within seconds, we were already planning everything out. We split the location fee, wrote a script together, and made a short film. I remember my portion of the location fee came from returning makeup to Sephora and he was also very close to his last dollar. It felt like creating art with reckless abandon and it ended up being a very fun project for us.

Overall, has it been relatively smooth? If not, what were some of the struggles along the way?
Rejection is something that people tend to gloss over when it comes to pursuing your dreams. Everyone wants to be the overnight success so bad that they hide all the parts that lead up to that. It ends up feeling as if you should give up if you don’t immediately succeed. As a kid, I took every rejection very seriously. The turning point was when I was 16, I applied to an expensive summer arts program through CalArts and I didn’t get in. I remember crying next to my mailbox because it just felt horrible. Three days later, I heard about CAPSA, which is a program taught by CalArts professors and students. It was very similar to the program I had applied to, but it was completely free. I got accepted into CAPSA and it became one of my favorite high school summers. I realized that if one opportunity doesn’t work out then I should keep looking for one that does.

At USC, that became so much more important because it’s a very competitive school. In our junior year, everyone gets to write and direct a short film. It’s a grueling semester but you come out of it with such love for your cohort because everyone is willing to help each other. However, in our senior year, it drastically shifts as everyone competes to direct a 480, which is what we call our senior thesis. It goes from 54 short films in a semester to 4 and that gets very intense. I have friends who wanted to be directors and completely shifted gears because they didn’t make the shortlist to direct a 480. It’s easy to feel discouraged if you’re taught that directing a senior thesis is the be all end all of your schooling. It definitely made me question whether or not I could be a director. It wasn’t crying at my mailbox level pain, but it was up there. In the end, I realized that I could let that rejection define the rest of my time at school or I could just reject that rejection to keep doing what I wanted. I ended up making 15 short films by the time I graduated.

I don’t let rejection affect me as much anymore. I once got rejected every day from a film festival or screenwriting competition for an entire week. Admittedly, it was a terrible week but a short while later, two short films I made got into film festivals and one of my feature scripts was a finalist in a million-dollar screenplay competition. Sometimes you have to put blinders on and disregard every rejection and focus on just doing what you love.

We’d love to hear more about your work and what you are currently focused on. What else should we know?
I am a writer and director. I make very stylized narrative short films with an emphasis on whimsical stories. A lot of my films deal with fragile familial bonds with hints of a darker fantasy element. I have a knack for taking a tragic situation and turning it into something light. There’s nothing quite like taking a dark story and adding some wholesomeness into it.

If you had to go back in time and start over, would you have done anything differently?
I used to have really bad imposter syndrome. I was comparing myself to the greatest writers and filmmakers in history and it felt impossible to compete. I wouldn’t even call myself a writer and a director, I would say that I was an aspiring filmmaker because that seemed safer. It’s honestly the most toxic trait an artist can have because it prevents you from taking every opportunity you find. Imposter syndrome is rampant in art fields because everything is so subjective. If one person doesn’t like your work, it’s easy to think that it’s not good enough. I’ve been working really hard to train that out of me. It helps that everyone I’ve talked to seems to have gone through it too.

If I could go back, that would be the first thing I would change. I would focus on just honing my skills as a filmmaker and not questioning if I’m qualified to make something. It doesn’t benefit anyone to worry about whether or not they deserve to be somewhere. You’re already there so you might as well take up that space. 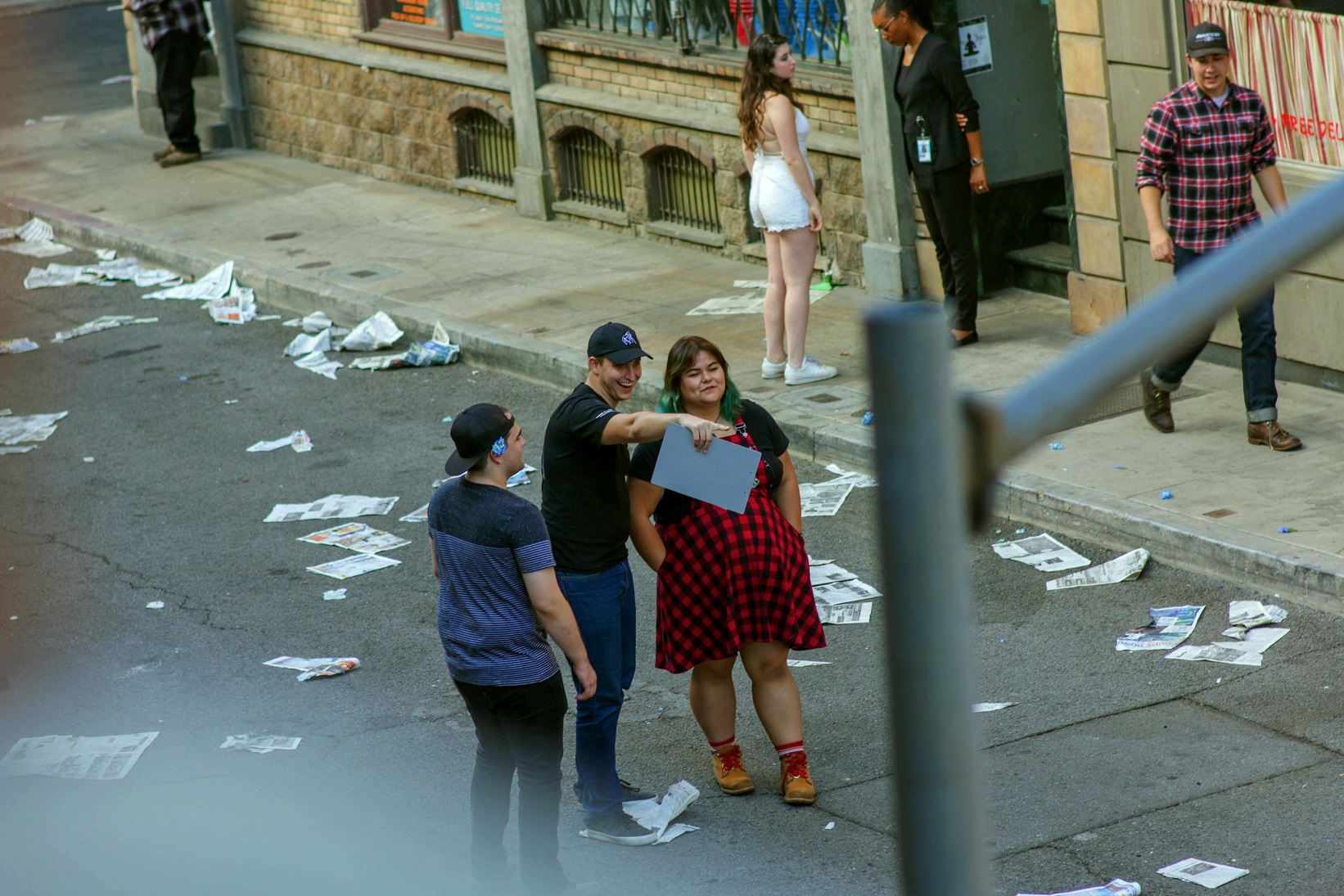 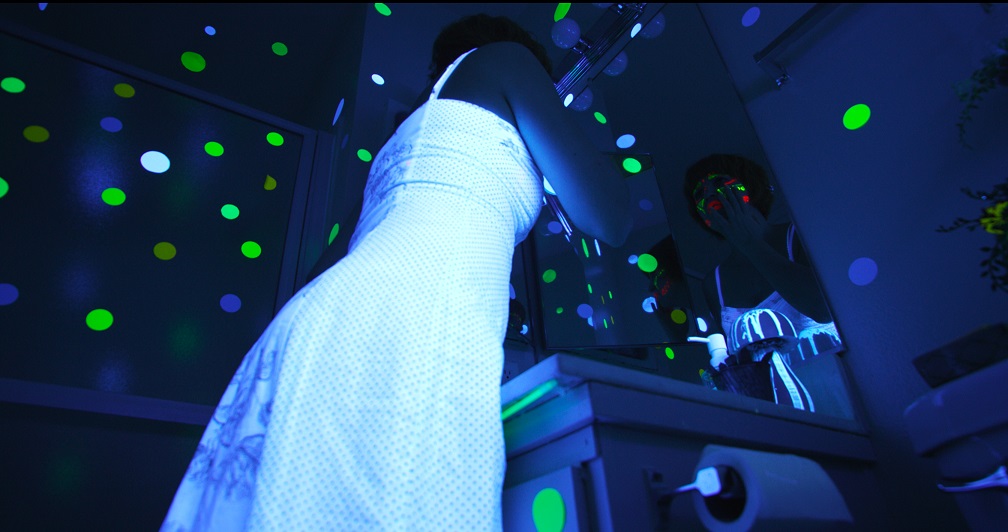 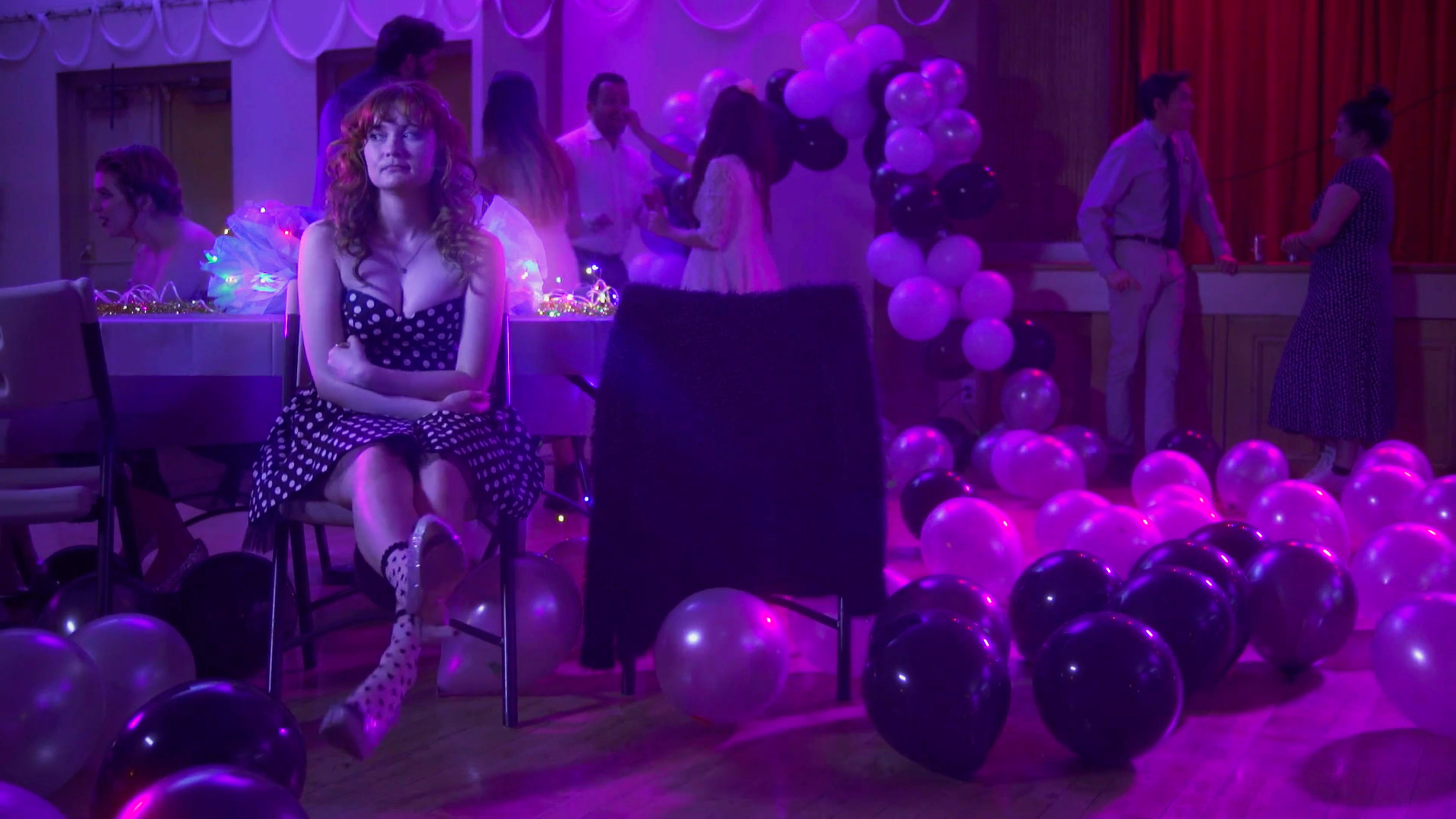 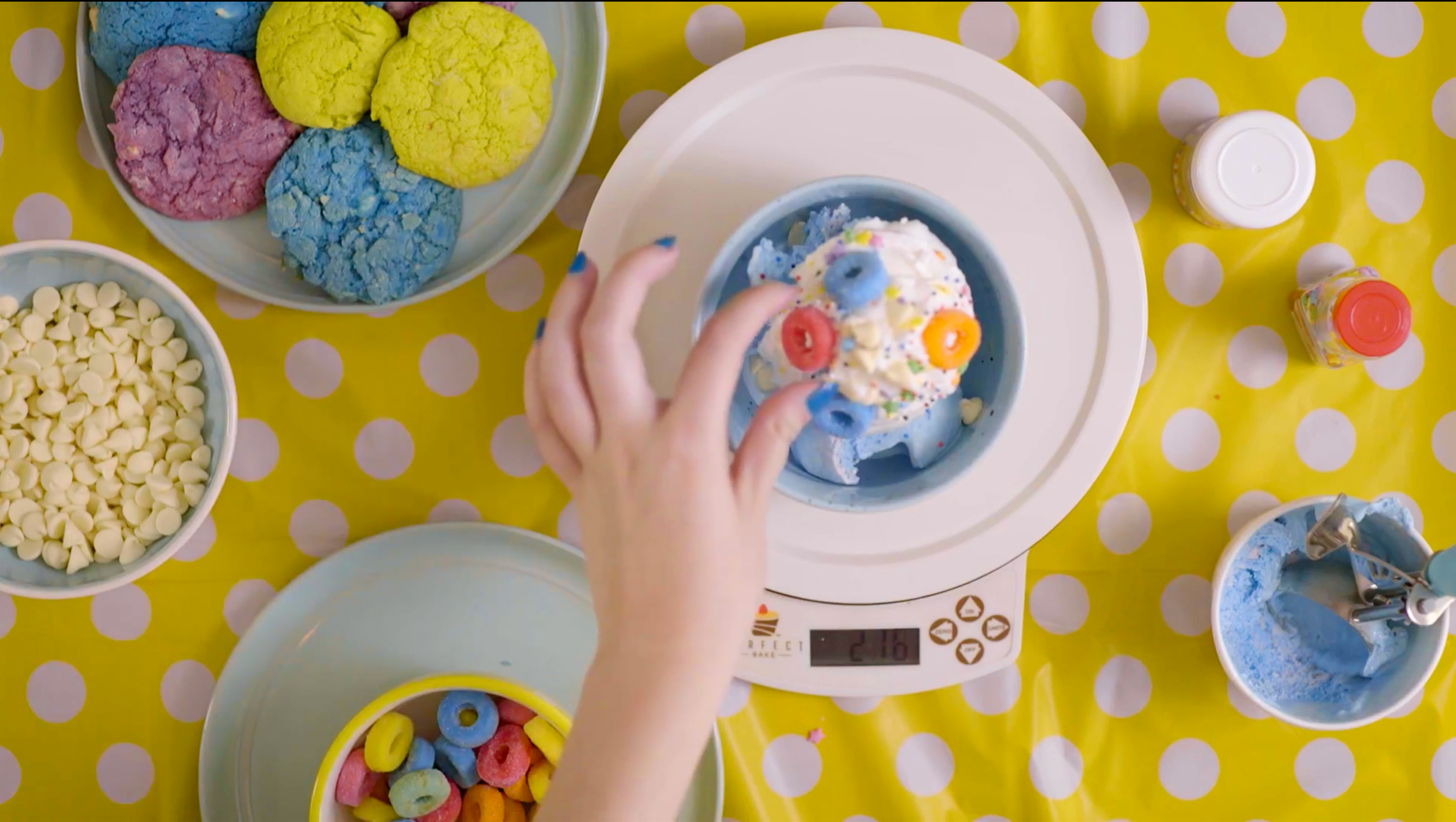