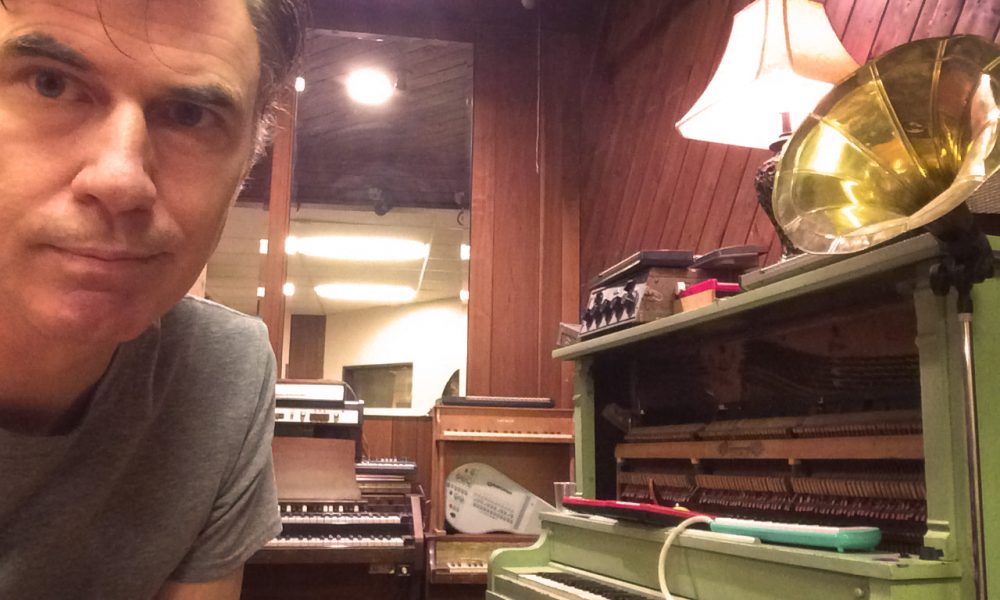 Today we’d like to introduce you to Pierre de Reeder.

Pierre, can you briefly walk us through your story – how you started and how you got to where you are today.
Keeping it short and sweet, I’ve been involved in the greater business of music for over 20 years in a number of capacities… as a musician, as an owner and operator of a record label, as someone who produces and engineers’ records, and as owner and operator of recording studios… most notably, 64 Sound. A recently opened, fully restored studio in Highland Park. One that I founded and opened with my partners Dave Trumfio of Kingsize Soundlabs, and Curt Anderson.

We’re always bombarded by how great it is to pursue your passion, etc. – but we’ve spoken with enough people to know that it’s not always easy. Overall, would you say things have been easy for you?
The road has always been interesting. Always needing a good engine of ambition to traverse it. A lot of hard work and time dedication… a lot of it. Not an uncommon story, of course. I suppose one of the biggest struggles along the way was a personal one… one that pre-dates my current situation of being a music producer/studio owner… when I was a touring musician while have a family at home, with a young child. Always was difficult for me to ultimately justify what I was doing, justify to myself perhaps most, leaving for long periods of time. Just for a young kid, I was very aware that she had no way to really conceptualize why I wasn’t around. Not to mention leaving all the responsibility to my very supportive wife. I was always on the ready to fly back from where the hell I was if I had like 48 hours between shows. All worked out of course! Just out there playing music, not deployed to a war zone or anything.

But struggles for this specific business asked about in this article? I wouldn’t really say struggles. I’d say just more hard work and dedication to understanding this business and what people want, building a reputation, getting loyal customers by offering a place that they want to work and listening to their feedback to make the place even better, step by step.

So, as you know, we’re impressed with 64 Sound – tell our readers more, for example what you’re most proud of as a company and what sets you apart from others.
We are a recording studio… a recently fully renovated classic Los Angeles studio in Highland Park. Restored in appearance to much how it looked when originally built in 1975, and appointed with a vast collection of vintage recording gear, microphones, and instruments. The studio’s history included early works from Devo, later works by Artie Shaw, much of the Dr. Demento show was done here, and others. It is now plays host to many notable musicians, bands, producers, film projects and such. We’ve really been building a reputation for a being a sought after, comfortable with a good vibe, well equipped, and affordable recording studio on the east side with a great sounding live room that’s large enough to accommodate most any size project.

So, what’s next? Any big plans?
We plan on doing what we’re doing, and ever improving our recording environment, though our ever-growing collection of gear and instruments. As well, we are soon to start work on our “B room”, a secondary space for recording, mixing, analog tape transfers, etc. We also have built a series of smaller “personal use” studios for long term rental in Glassell Park called Remo Music Studios. We are ever expanding that venture as well.