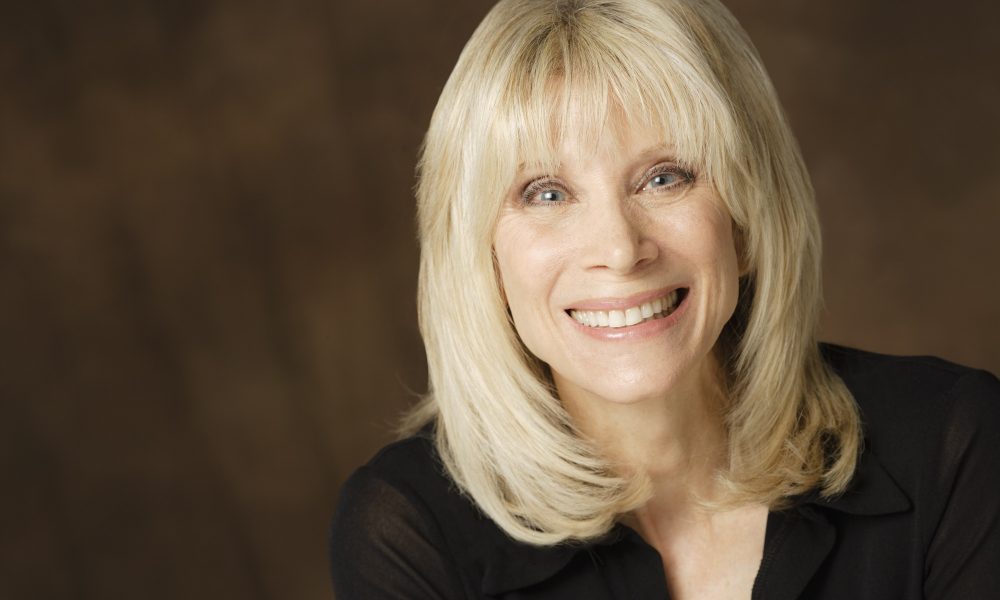 Today we’d like to introduce you to Phyllis Katz.

Phyllis, can you briefly walk us through your story – how you started and how you got to where you are today.
The night of my senior prom, my date took me to Second City in Chicago, to see their sketch show. At the end of the first act, the cast took suggestions from the audience. The entire second act was improvised, based on what we’d given them. I’d never seen anything like it. It was exhilarating. Dangerous and joyful.

Four years later, I was working as an editorial assistant at McGraw-Hill and writing in my spare time — something I’d done since I first held a pencil in my hand. One day after work, naively –and I still cringe when I say it — I walked into Second City to see if they were interested in buying any song parodies.

When I entered the building, Joe Flaherty was coming down the stairs on a bicycle. He asked if he could help me, and when I gave him my pitch, he told me that they don’t buy material, they write their own. “But we have classes here,” he said, handing me a brochure from a nearby table. That was the beginning of a lifelong love affair with improvisation.

I went to my first class after work, in a mini-dress and high heels, because I had no idea we’d be crawling all over the floor. After about three weeks, in the middle of a scene, I got a huge laugh. I wasn’t going for it. In fact, I had no idea how submerged I was in the moment until I was startled out of it.

I continued classes there with Jo Forsberg, who was my first mentor. Soon classmates and I started our own offshoot groups that performed around the city. I was briefly in The Second City Touring Company, and then with four friends, moved to Los Angeles.

We began working at The Comedy Store, opening or closing sets with sketches. Then one of our members told us about a brand new group he’d seen – The Groundlings. Bill Steinkellner and I attended a show. Instead of five men and two women, there were about 10 women (and maybe as many men) doing a variety of characters – not playing just the wife or the girlfriend. I thought, “This is where I want to be.” So Bill and I spoke with Gary Austin and he accepted us into the company. It was so early into the formation of The Groundlings that Gary ever after introduced me to people as one of the founders.

Over the years, in addition to being an active writer/actor in the company, I became a teacher, director, a co-creator of The Groundlings School (with Gary, Tracy Newman, Tom Maxwell, Steve White, and Archie Hahn), and a member of the Board of Directors.

From the Groundlings stage, I got many of my acting roles and writing jobs, as well as lifelong personal and professional friendships and collaborations. And I had the honor of being a member of other popular LA groups, including Funny You Should Ask, and a recurring guest at Off The Wall.

Throughout all this, the core of improv – collaboration, mindfulness, listening, respect for the other – I could go on endlessly – became a way of relating to the world.

Overall, has it been relatively smooth? If not, what were some of the struggles along the way?
A life in the arts usually isn’t smooth, and mine has been no exception. You’re constantly being evaluated, and that can get in the way of your growth if you’re not careful. With work coming at irregular intervals, you take a variety of jobs. There are disappointments, to be sure, but the rewards eclipse all that.

The teaching has been smoother because there has been a natural progression to it. I’m the youngest of three, so I have this compulsion to share what I learn.

We’d love to hear more about your business.
It’s difficult to narrow this down. Acting, writing, songwriting, improvising, teaching, directing — all of these things are interconnected. Each one nourishes and enriches the other. In terms of teaching and directing, I think I’m best known for musical improv and character work, and also for creating and collaborating on new ways to present that.

For example, I’ve been doing a show called “A Bunch of Losers Reading Their Essays,” that I just love. We have a rotating cast of great writer/improvisers who play terrible writers. Based on audience suggestions, we improvise ostensibly pre-written essays and have a group discussion and then a Q&A with the audience. Also, I’m currently working on a themed musical improv show, which I don’t want to spill the beans about just yet.

People also come to me for guidance with their material — generating ideas, finding their original voices, and deepening characters,

I like to keep the exploration going, to keep discovering new ways to get the information across. If students are struggling, I want to get to the core of that and find a space or a game that will help them resolve the struggle. In my own acting and writing, I do the same.

I’m brought in by a variety of schools and organizations to help people think differently and approach problems more playfully, to collaborate, to listen and really hear others. I love to design programs to fit the need. When the light goes on in someone’s eyes, it’s hugely rewarding.

Let’s touch on your thoughts about our city – what do you like the most and least?
I love LA’s diversity, the creative community, the avocados, seagulls, canyons, vegetation, the variety of great restaurants, and of course the ocean, though I don’t get there often enough. It’s an especially great place to live if you’re a dog.

My biggest dislike is how the city is changing in the hands of developers. Beautiful little bungalows go down, to be replaced by soulless new buildings. We’re losing great, affordable apartments and fabulous mom & pop stores. There are fewer places that have their own personalities and more franchises that make Los Angeles look like any generic city with a population over 50,000. 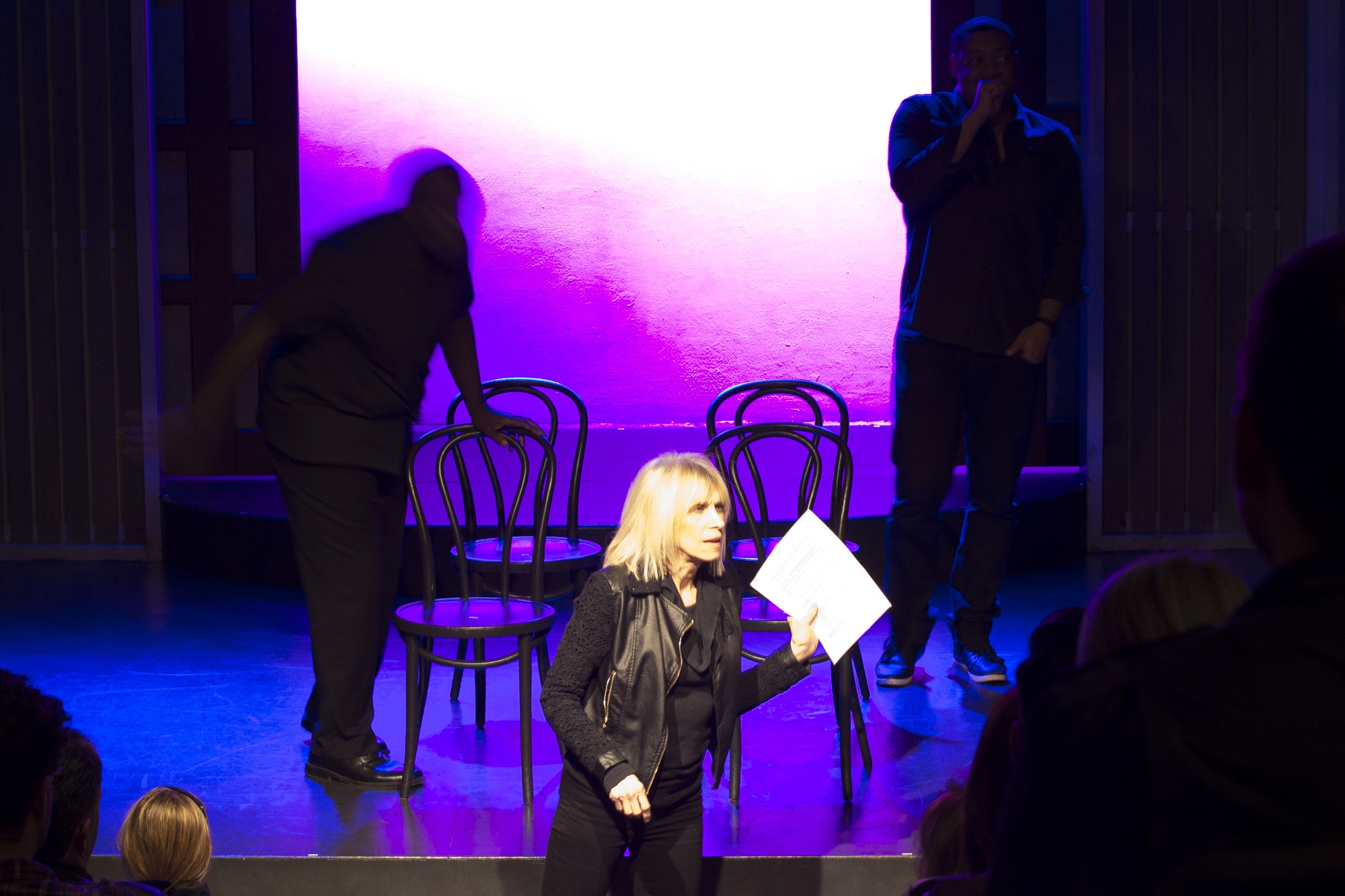 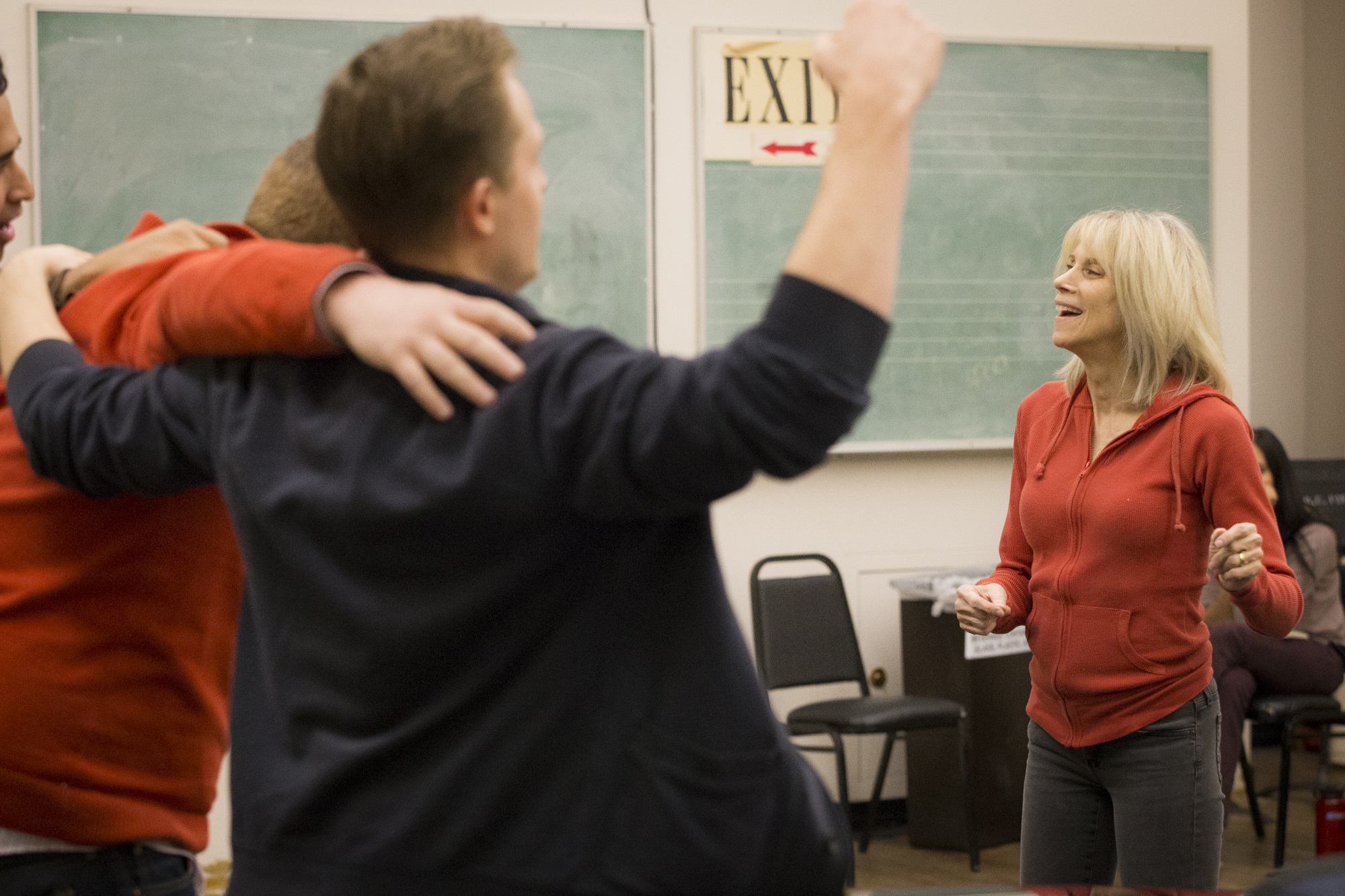 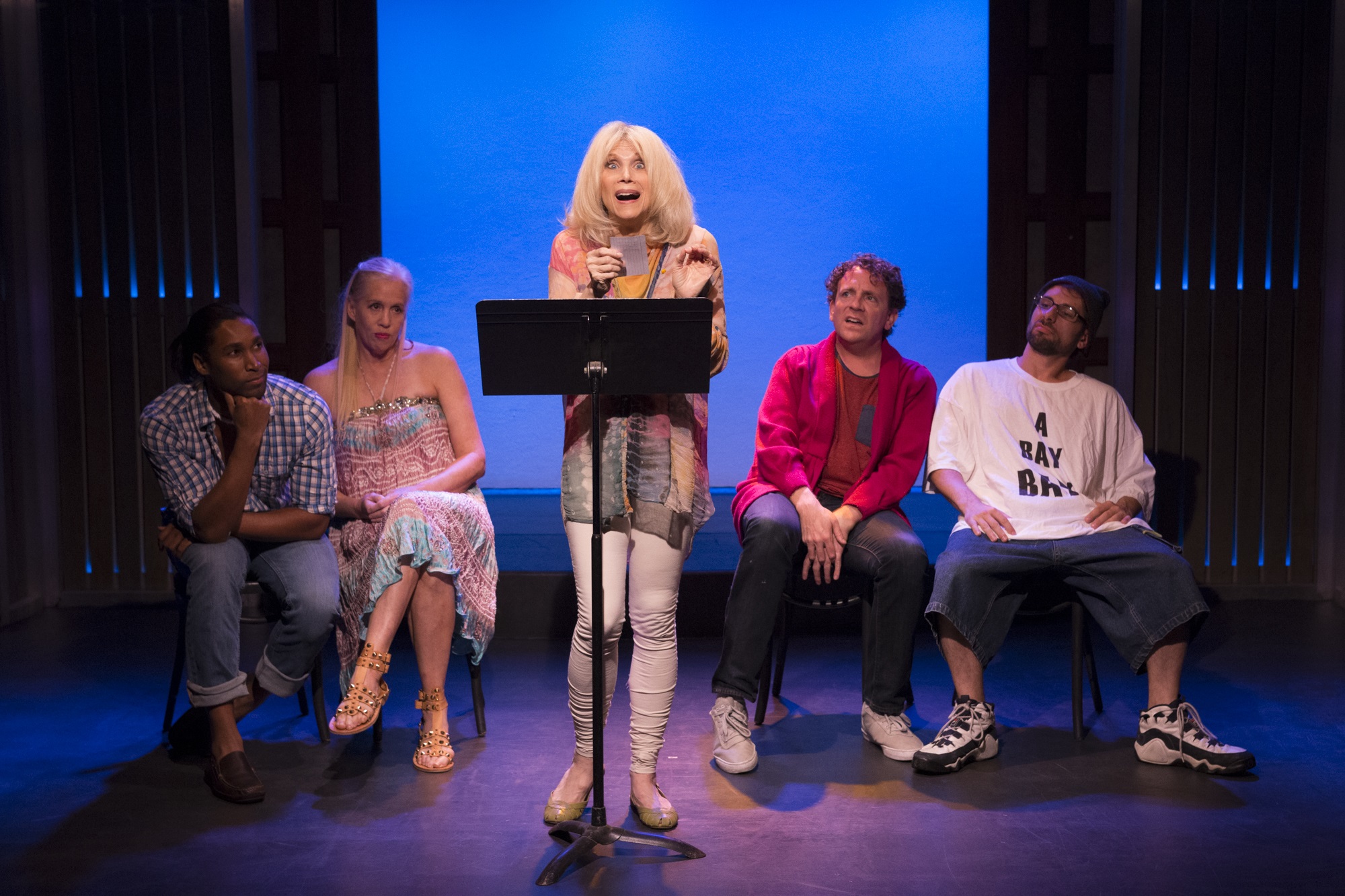 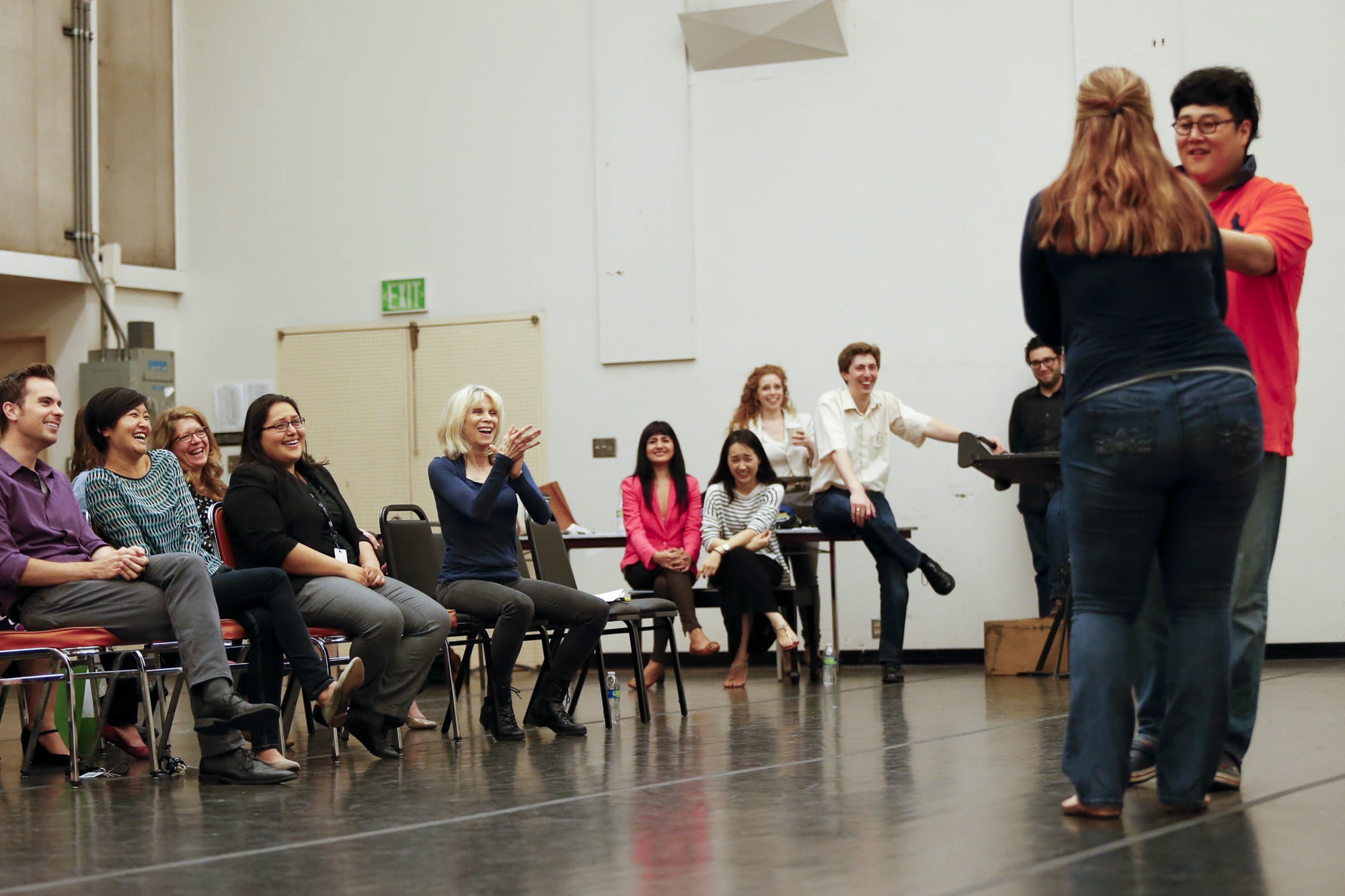 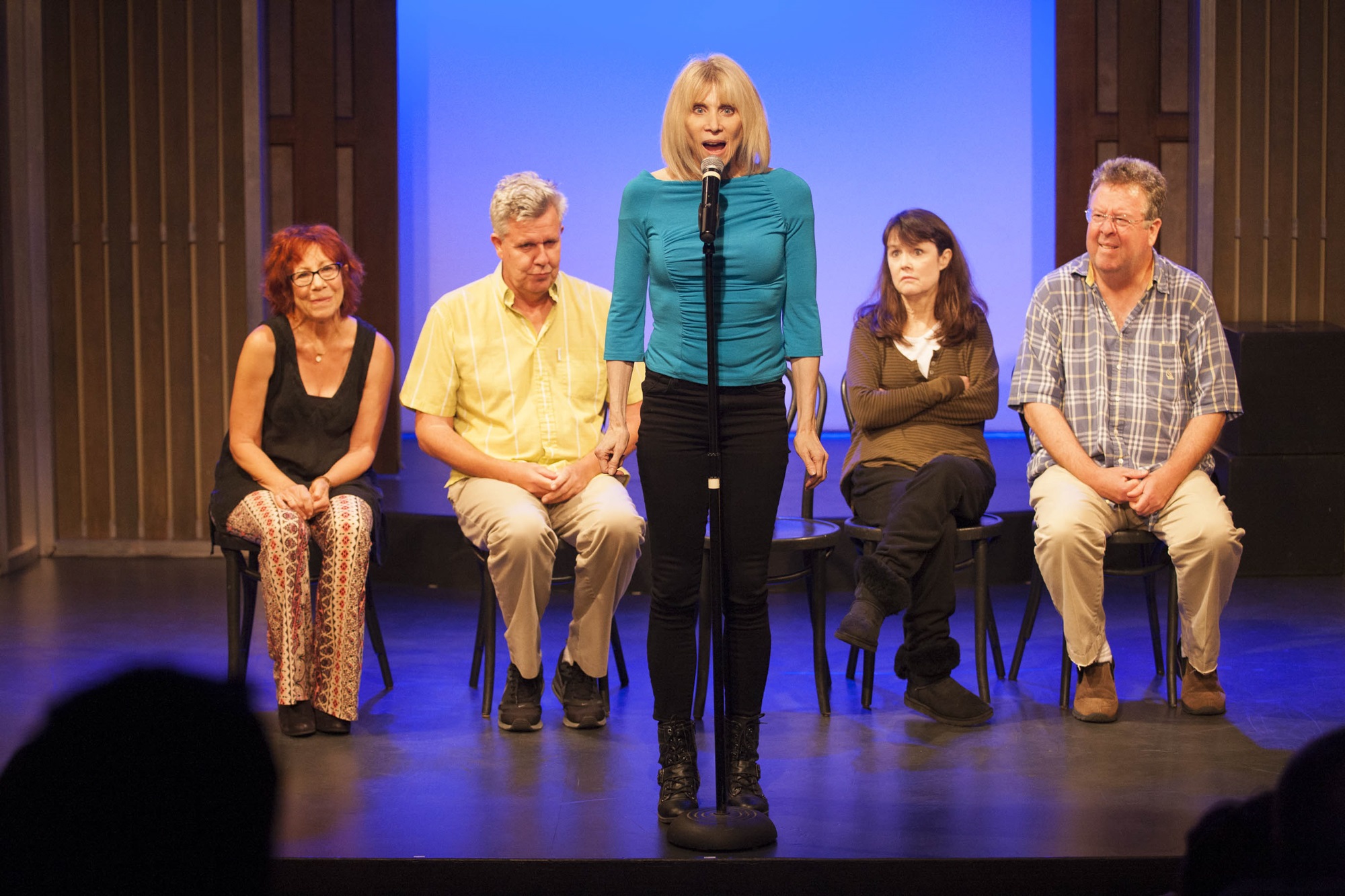 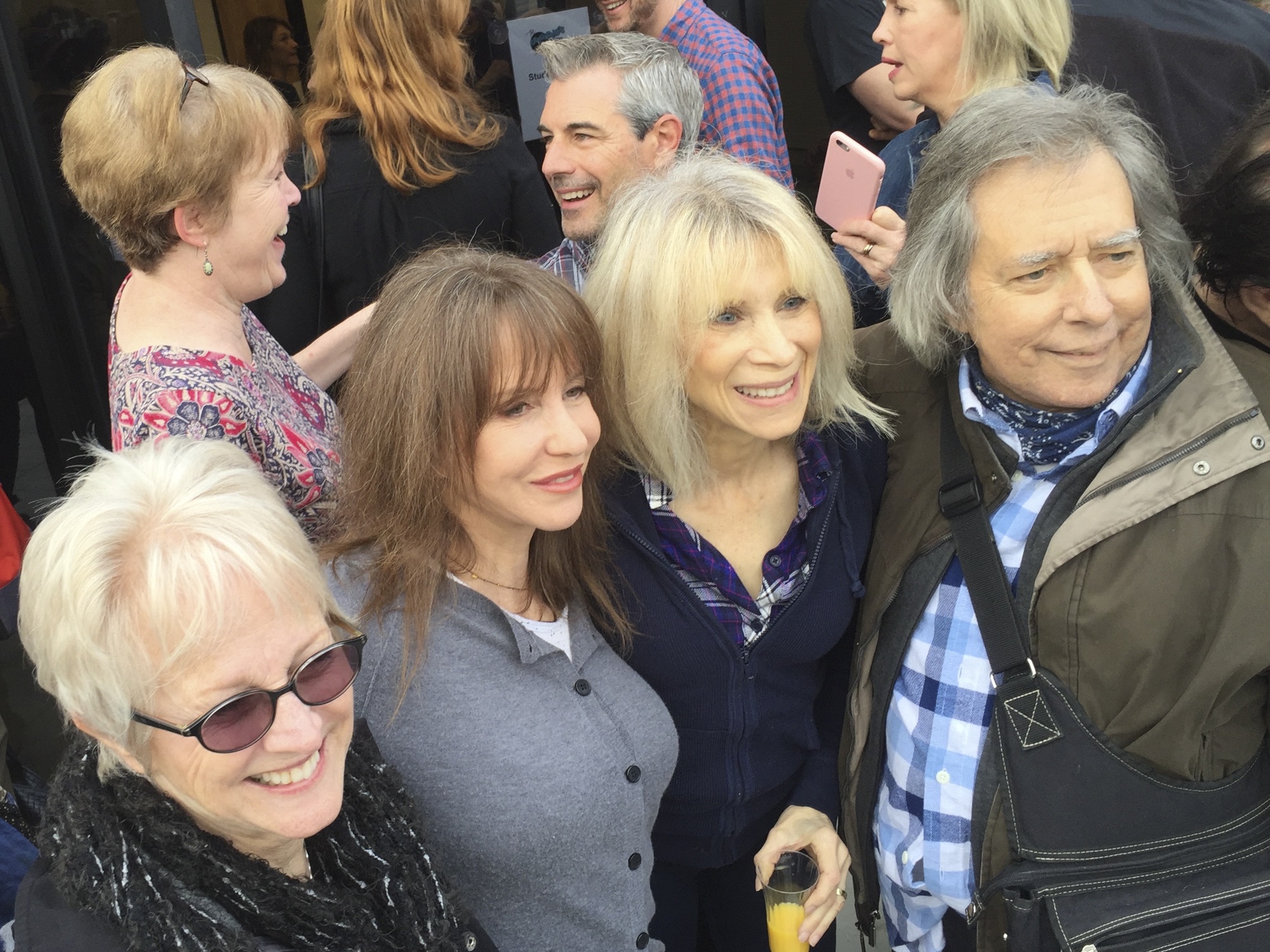