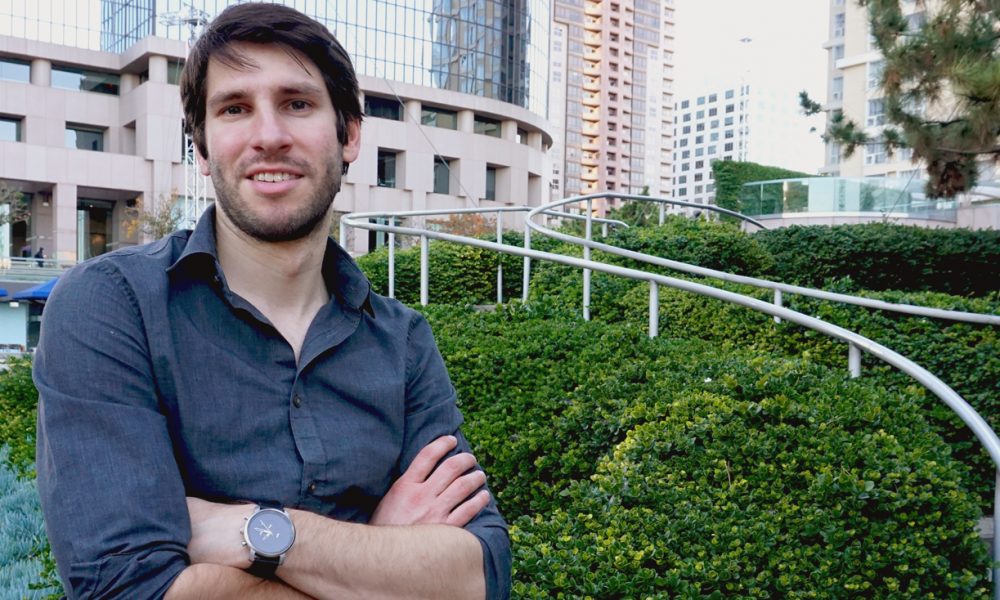 Today we’d like to introduce you to Phil Svitek.

Phil, let’s start with your story. We’d love to hear how you got started and how the journey has been so far.
Before College:
An overachiever before I got to Hollywood, I excelled as a rare blend of athlete, artist, and scholar. I was All State in track and captain of the varsity soccer team. The Phil Svitek Heart and Hustle Award was created in my honor and is awarded annually to this day.

I biked 180 miles in one day and one summer averaged 50 miles per day.

From age 15, I worked at the Connecticut Hospice, the first hospice in America, for four years. There, in addition for caring for the terminally ill, I filmed and edited the hospice’s 30 year anniversary documentary. The doc aired on ABC and was #1 in its time slot.

At College:
In college, I played under coach Jared Scarpaci for the men’s soccer team at Emerson College. While playing, I bonded with teammate Erik Osterholm for whom I edited a documentary on New Hampshire’s back-country skiing at Mt. Washington called Intrepid Descent. (I still collaborate with my various teammates on creative projects, something I value deeply). Later, my film professor Robert Patton-Spruill hired me during the summer where I produced over 500 videos for Garden Girl TV which highlights gardening and urban sustainable living. In my junior year, I was privileged to take a TV pilot production class taught by Kevin Bright, former executive producer of the smash show Friends, where I edited the final project called Ground Floor. Both Intrepid Descent and Ground Floor, the class pilot, got nominated for Emerson College’s prestigious Evvy awards.

My teacher Pete Chvany recommended me to past student and Emerson College alum Maria Menounos who was making a movie in the area. The movie was Adventures of Serial Buddies and I did more than prove my worth to Menounos and partner Keven Undergaro – I edited and co-produced the successful indie comedy.

When the movie wrapped, Undergaro felt a debt to me and was determined to keep me employed. It was one of the driving forces that helped inspire the creation of AfterBuzz TV. Currently, the network is the world’s largest online broadcast network and has been dubbed “the ESPN of TV talk”.

Launching AfterBuzz:
Undergaro introduced me to Adam Carolla and the world of podcasting. I was hooked. Next, Undergaro outlined the plan to build studios and to create a bonafide worldwide, digital platform solely dedicated to producing TV after-shows. No such outlet existed at the time. As Undergaro often told me in his usual odd cryptic manner, “There is no Coke to our Pepsi, no Cadillac to our Lexus. We have to start from scratch.” And start from scratch we did.

The technology was in its infancy and so we read tech manual after tech manual and drafted plans after plans. There was very little sleep and much trial and error but we got the network up and broadcasting. We created an innovative platform and technology that was the first of its kind. In a matter of months, the AfterBuzz TV network was broadcast in over 70 countries to 100’s of thousands of fans.

When AfterBuzz TV fans demanded movie discussion, the Popcorn Talk Network was formed. Book Circle Online was created next, featuring author interviews and book discussion. I managed all four networks and thus was named Chief Operating Officer for each of them.

And nearly after a decade of growing AfterBuzz TV and the other networks, I realize I had a passion for mentoring as well. I love educating aspiring artists so that their journey could be easier than mine. Thus, I decided to leave AfterBuzz and pursue that goal while continuing my own growth and creative passions. I’m able to take my teachings and expand them, molding them with my experiences in order to bring not only my unique voice into the world through my projects but also further the careers of others. With everything I do, I now take a 360 approach – combining best practices along with personal development skills. This is why I call myself the 360 creative coach.

I believe I have far more to learn and achieve – just like you. Find out how we can work together.

In what little time I have, I enjoy movies, TV, reading, playing soccer and caring for his two rescue dogs, Sparky and Chloe.

We’re always bombarded by how great it is to pursue your passion, etc – but we’ve spoken with enough people to know that it’s not always easy. Overall, would you say things have been easy for you?
It has not always been a smooth road. Some of the challenges I’ve faced have been technical and financial, but mostly the struggles have been mental battles. It takes real mental strength to go after your dreams each and every day. It takes a lot of will power to work long hours for years on end, knowing that you’re building towards something great but not always seeing the results you wish you could see. (I’m a very ambitious and impatient person by nature). Hence, why I now preach mental fortitude for all artists as a necessary component to achieve success.

Through my work, I’ve gotten to coach a lot of aspiring artists and seen firsthand their mental struggles, whether it be in the form of comparing themselves to others and/or beating themselves up for not being where they “think they should be”. Because I got to witness their experiences, it allowed to see certain traits of myself. By seeing those traits, I could both help them as well as myself.

We’d love to hear more about your work and what you are currently focused on. What else should we know?
I am a content creator at heart, so most of what I do is create content with other artists – whether it’s podcasts, music videos, TV pilots, sizzle reels, documentaries, and feature films. I love to see people’s creative visions come to life and therefore I love being part of the process to help make that happen for them. I’m most proud when they achieve the success they seek. It brings me great joy.

Sometimes, I can’t work on certain projects directly but I’m always happy to help those who I can. I found that a lot of us artists just need encouragement. But not just “keep going” or “don’t give up”. It has to be advice rooted with some tactics they can use. For example, negative visualization is a technique where one can convert negative thoughts into useful insights. So I try to be there for all my friends when they need me. Also, a year ago, I began to share the insights I share with my friends to the masses via my podcast series called “A Phil Svitek Podcast.” I think ultimately, that’s what separates me from many other people. I can combine practical knowledge and skills with mental grit. If someone is stuck story-wise with their film while they’re editing or don’t know how to use a certain camera, I can teach them. But also, when fear and doubt creep in, I can console them and get them through it.

Has luck played a meaningful role in your life and business?
I remember one day I was walking with a friend who turned to me and asked, “Why you?” The friend was referring to the fact that I had just been hired as an editor for a Hollywood feature film (Adventures of Serial Buddies) and I was only 19 at the time. My friend was shocked that was possible, mainly because we knew hundreds of people that were more deserving of the role. However, the difference was, none of them saw the opportunity. They were literally offered a role on the movie but didn’t take it. I did. So my luck has come in the form of others not seeing the opportunities they’re presented with which allowed me a foot in the door.

Through this experience, it has made me tell all aspiring creatives to take any opportunity that is presented to them because my experience of editing the movie led to a life-changing moment. That moment was being offered a role by Keven Undergaro at AfterBuzz TV, which was at that time just a concept. Keven foresaw the future of podcasting and digital content and I was lucky enough that he wanted me involved. One could say I was lucky to be at the right place and time to be at the forefront of the podcast industry. And I was. But again, I took the opportunity. The lesson for all artists is luck comes in many forms, but you have to step into the moment and see that you’re being lucky. 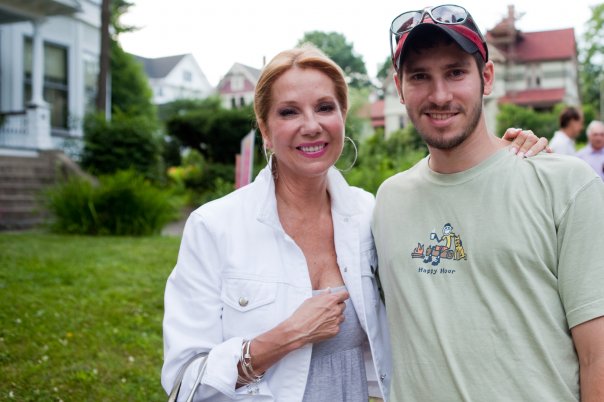 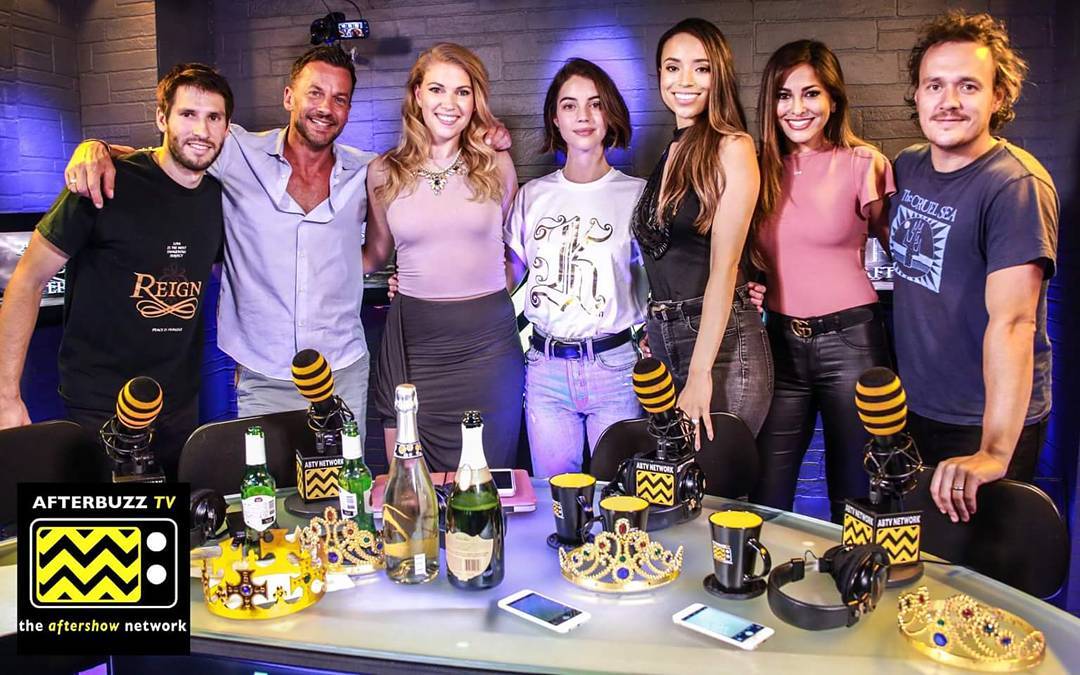 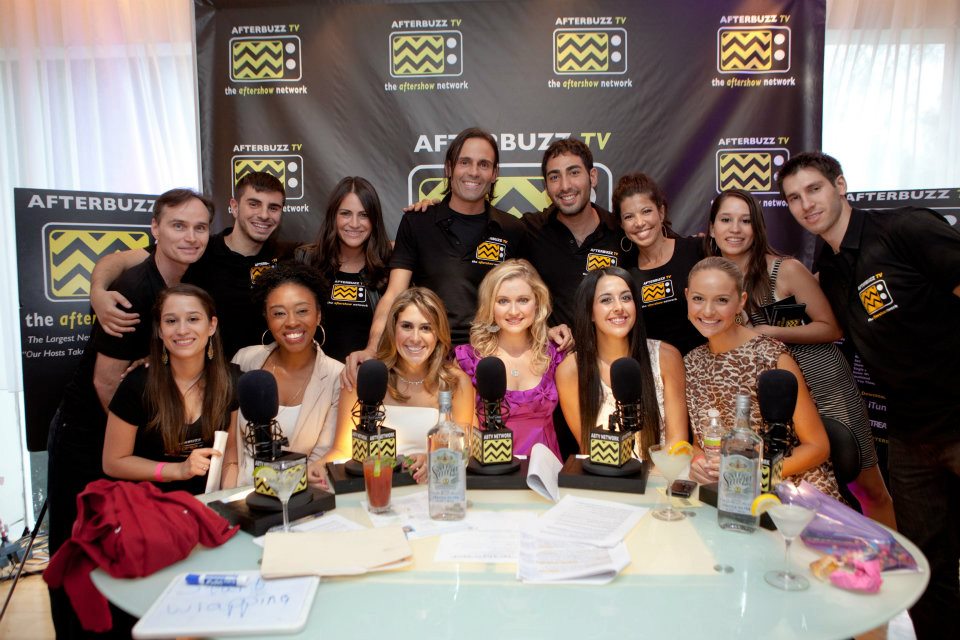 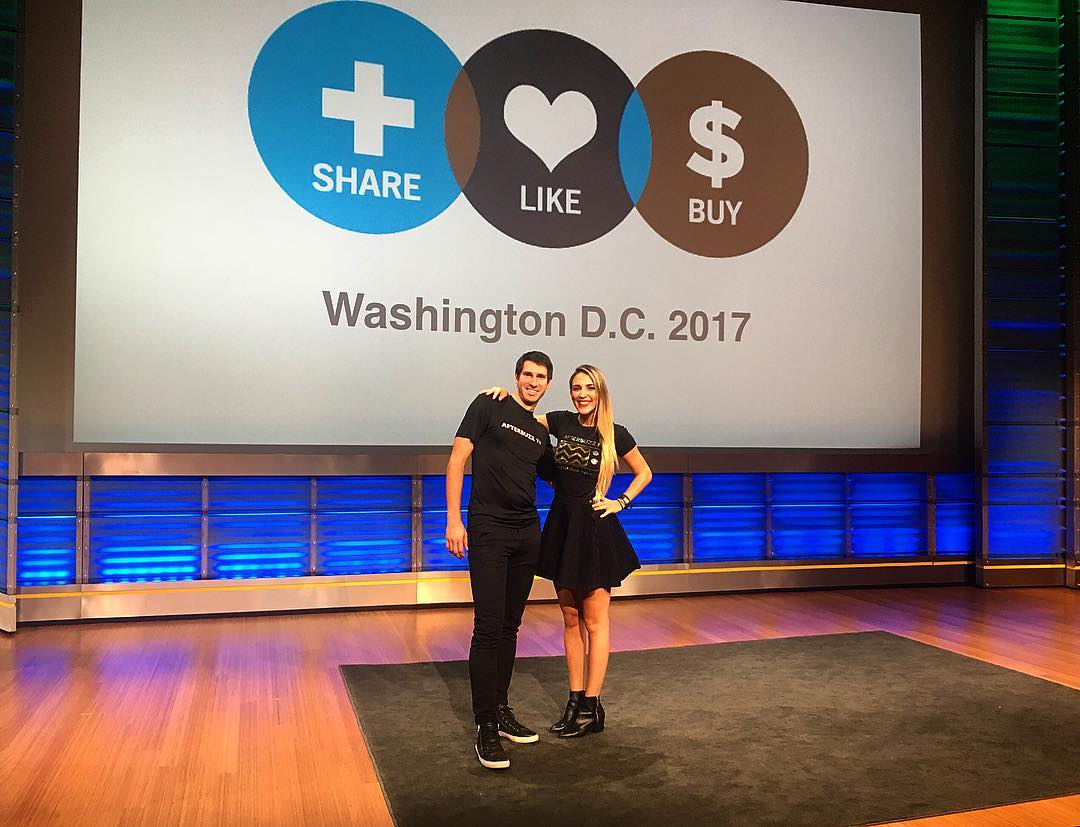 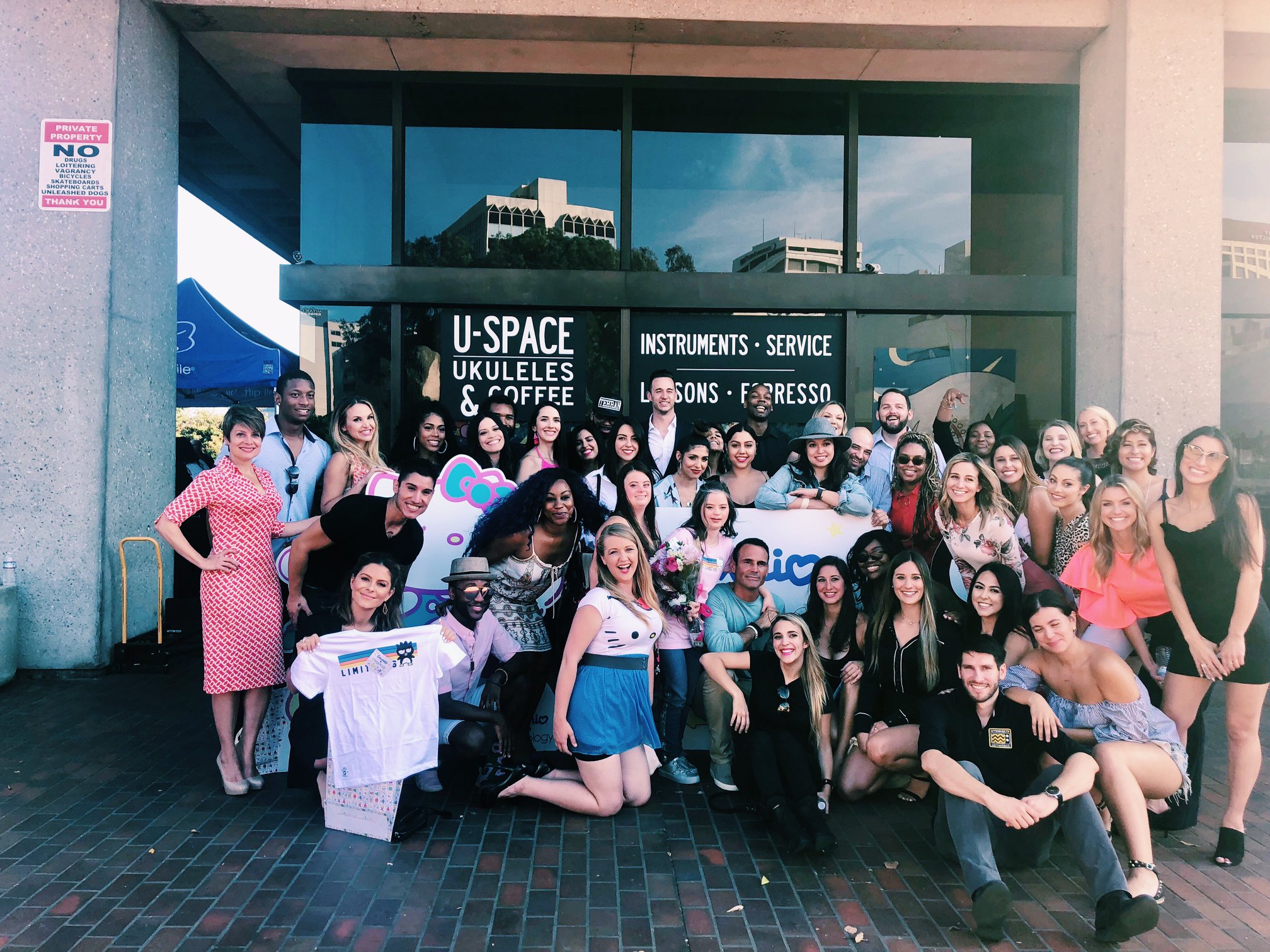 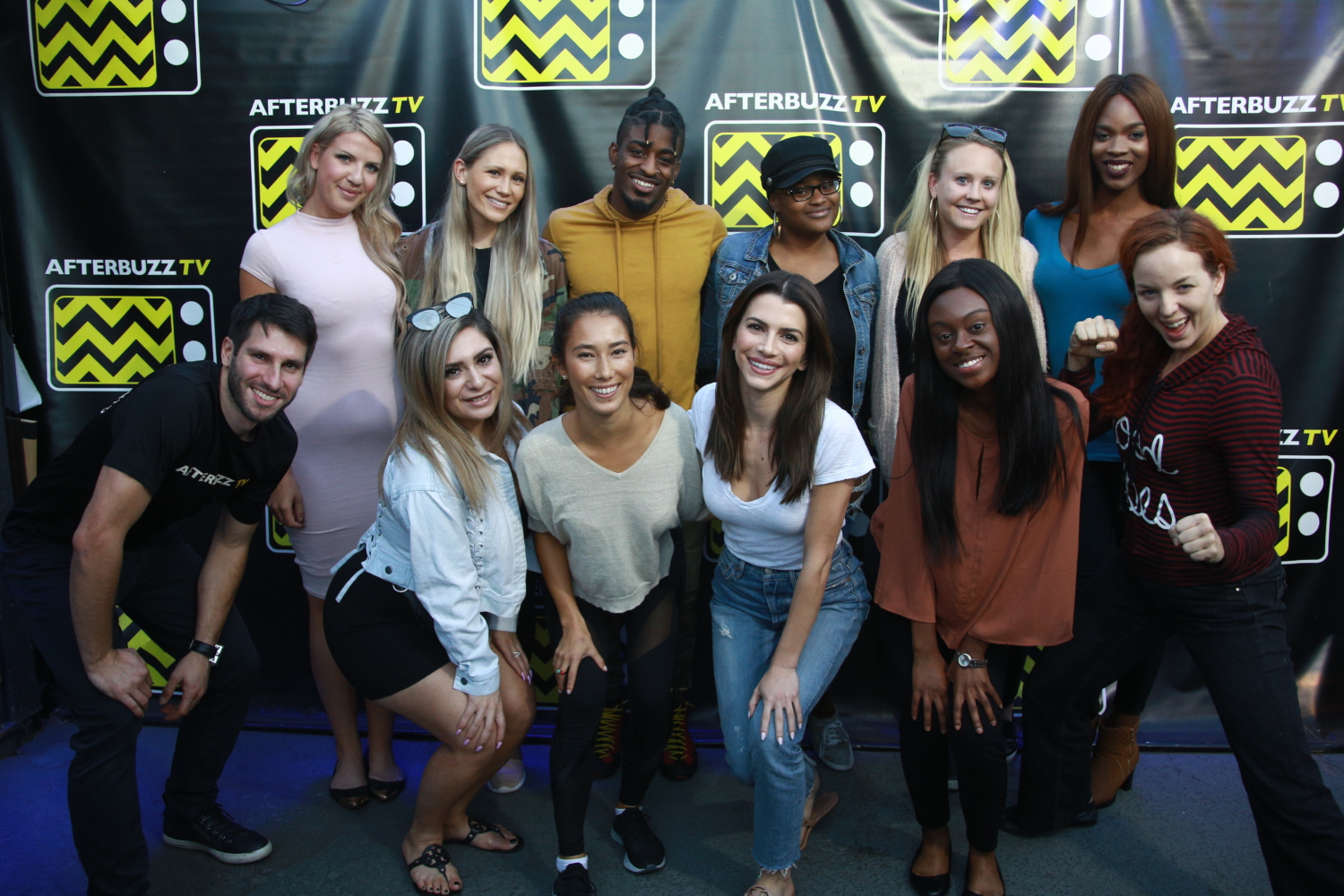