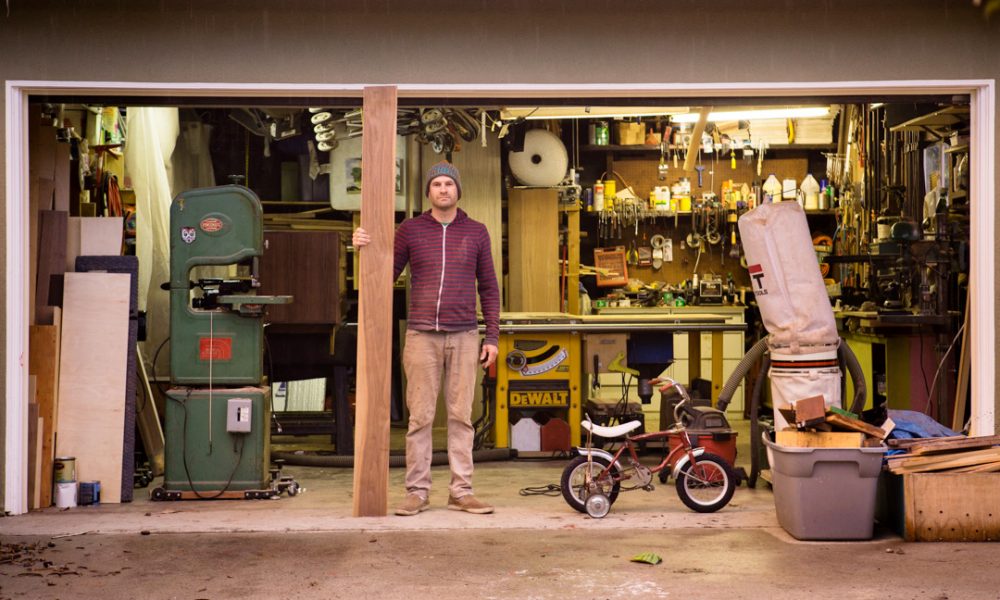 Today we’d like to introduce you to Peter Deeble.

So, before we jump into specific questions about the business, why don’t you give us some details about you and your story.
I’ve always loved building things, even as a little kid. My friends and I used to build skate ramps and I took on various other projects with my dad and always had a fascination with tools and creating useful objects from raw materials. My first of piece of furniture was a table that I built for my girlfriend (now wife), and that was my first time using hidden joinery. When we got married, I continued thinking of things to build and eventually built a credenza, a wall unit, and a bed. It was at that point, that I started thinking that I might be able to build furniture for others.

I starting teaching high school math in 2004 and sometime around 2006, I was teaching a summer school class that got canceled due to low enrollment. I realized that I needed to figure out a way to earn another $1000 or so to pay our bills for the summer and that’s when it all started. I built a bed, took pictures of it and put it on craigslist for $650. I eventually sold it for $600 and made $300, which was incredible to me at the time. I immediately built another one, and this time built nightstands to go with it. I started a blog and continued to sell beds and nightstands through craigslist. I came up with a storage drawer concept to go with the bed that became a major selling point and before long, I had a small queue of customers.

My two biggest breaks came around 2012. First, a writer from Apartment Therapy contacted me about covering my furniture, an article that posted, as a result, brought an incredible torrent of interest to my business, and at one point I found myself with an 8 month lead time because of the massive queue of customers who placed orders. The second break was that I ran into an old friend, Matt Wignall, who is an incredible photographer and artist in general. He took an interest in my business and took a series of amazing photographs and built an actual website for me.

The business continued to grow for the next five years until, finally, I quit teaching in 2017 and made furniture my full-time occupation. I have moved my shop from a dingy church basement to my garage, to a dingy shed and finally now to a really nice industrial space in Long Beach. I currently have three people who work with me and/or for me in one capacity or another and I’ve never been more optimistic about the future.

Great, so let’s dig a little deeper into the story – has it been an easy path overall and if not, what were the challenges you’ve had to overcome?
I have lots of horror stories like any other business, most of which involve shipping mishaps. One time I had two beds built, one was a king headed to San Jose and the other a queen headed to Canada. I got the rails mixed up and sent the queen rails with the king headboard to San Jose and the king rails with the queen headboard to Canada. I thankfully caught it in time to drive two hours to the terminal where the queen bed had not yet left for Canada to retrieve the rails, ship them to San Jose, and my customer shipped his rails to Canada. Another time, I built two dressers and sent them to New York with an independent shipper I used all the time. I told him I wanted to put the dressers on blocks so the legs wouldn’t be stressed but he assured me it wouldn’t be necessary. He then proceeded to pile a bunch of other furniture on top of the dressers. He unstrapped everything to make a delivery somewhere in Pennsylvania and got hassled by the police about where he was parked. He had to move his truck without strapping everything back up, and both legs completely shattered in the process.

Also, I’m not the most organized person in the world, so I’ve to build beds to the wrong sizes, used the wrong type of wood, etc. Also, in the early days, I made some mistakes putting too much faith in hardware that was inadequate for the task at hand. One time I had a potential customer come to my shop to look at a bed. He asked me about the joint connecting the headboard to the side rail and I told him how it was connected. He asked if he could check its strength and agreed. He proceeded to pin the rail with his foot and push on the headboard with all of his strength and the joint completely ripped out. It seemed like a really mean-spirited move on his part but ultimately it exposed a design weakness that I soon fixed. It was a good lesson. I’ve learned to look at all of these sad moments as opportunities to learn and grow.

Pete Deeble Furniture – what should we know? What do you guys do best? What sets you apart from the competition?
I design and build furniture, and manage a small team of guys who help me build my designs. I’m known for a mid-century modern sensibility and I’d like to think that I’m known for being honest and diligent. I’m probably most proud of the fact that I’m building my own designs and people seem to like them. It’s an incredible feeling to dream up a piece of furniture than to actualize it and see that it actually was a good idea. Then to have others spend money to buy that idea from me gives me an incredible sense of validation. I mostly take it for granted now but when I step back and think about it, I’m really amazed and thankful.

I’m honestly not sure what sets me apart and I’ve thought about it a lot. I think that when I first started out I had found a niche that wasn’t really being filled in building handcrafted, mid-century modern inspired beds, and my approach to adding storage to the beds was novel and a huge appeal to people in small homes. Now there are a lot of guys doing this same thing so I don’t stand out as much. My best guess is that there’s something about my design sensibilities that continues to appeal to people, which is great. Also, I build a vinyl storage bench that is pretty unique and vinyl is so huge right now, so a lot of vinyl enthusiasts seem to be attracted to my work.

What moment in your career do you look back most fondly on?
Probably, when I quit teaching in June of 2017 to pursue furniture full time. I should have made the jump sooner, but regardless it’s been so invigorating to really pursue my passion to its fullest extent. And in some sense, the move validated that I have built a real company and not just a side hustle. It’s so much more fun to explain to people what I do now. 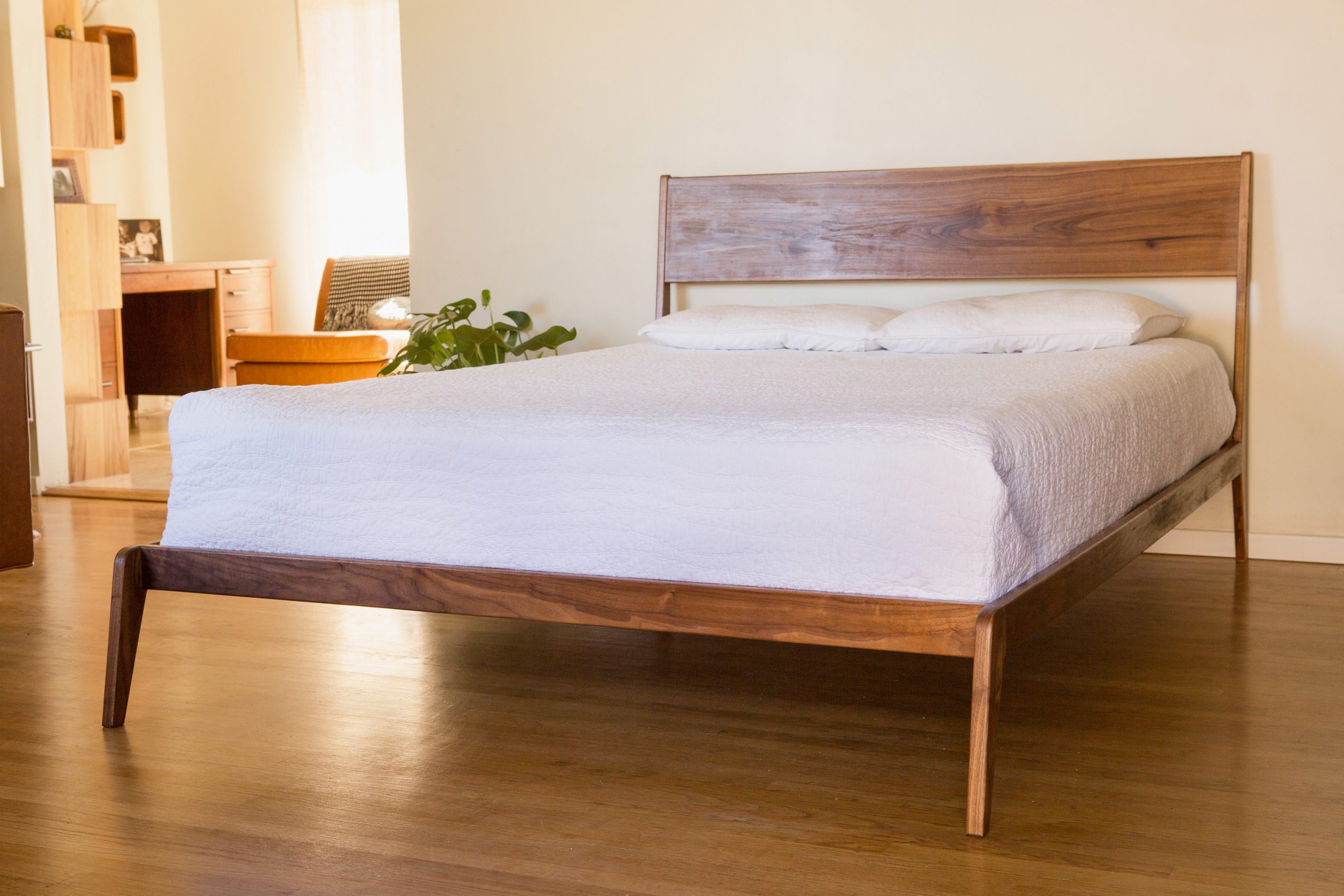 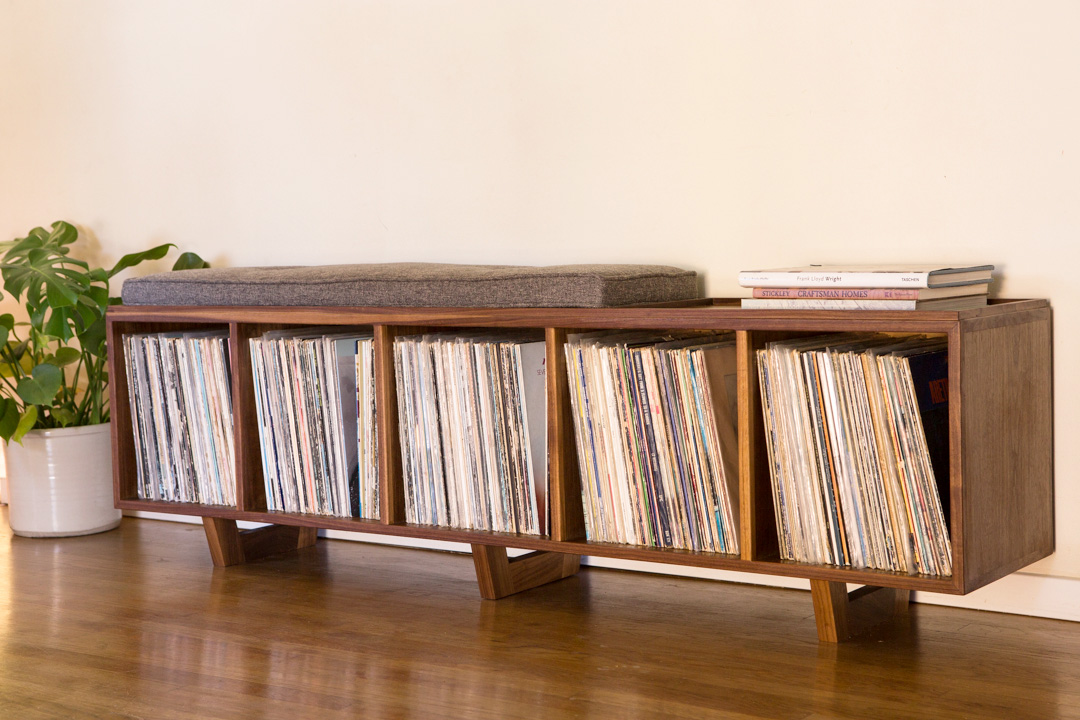 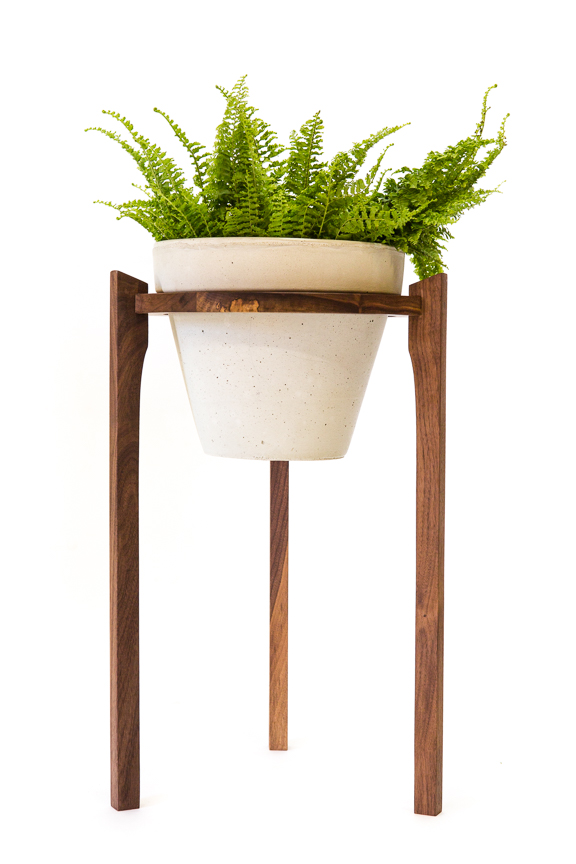 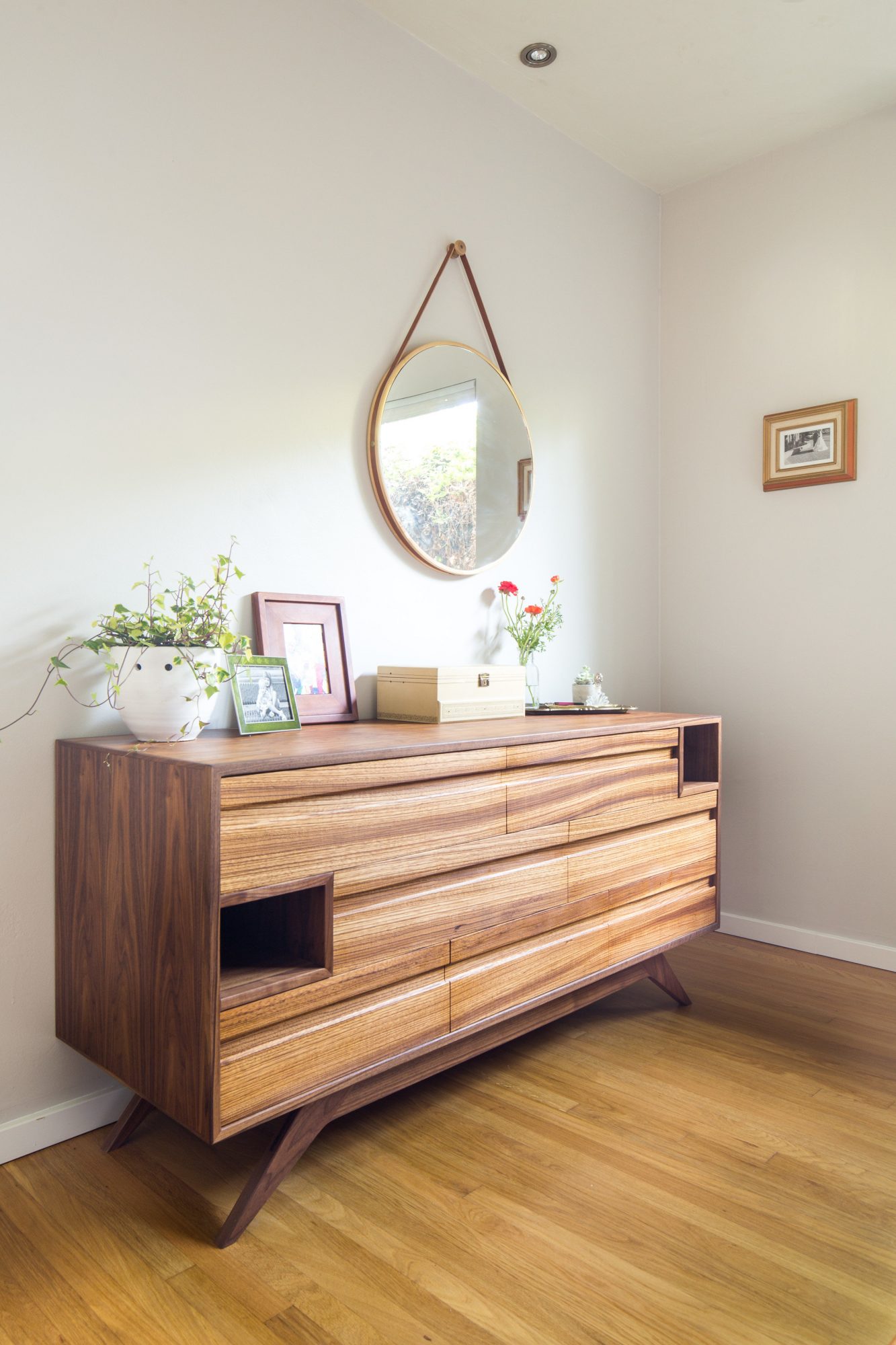 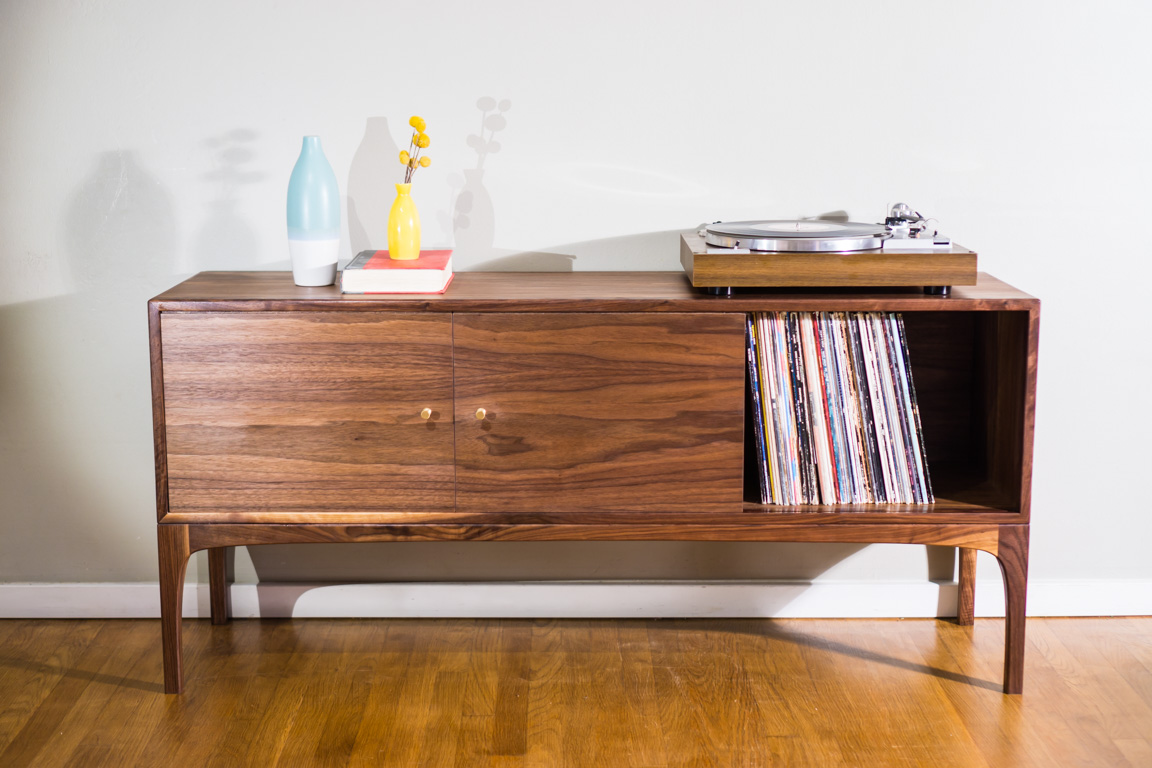 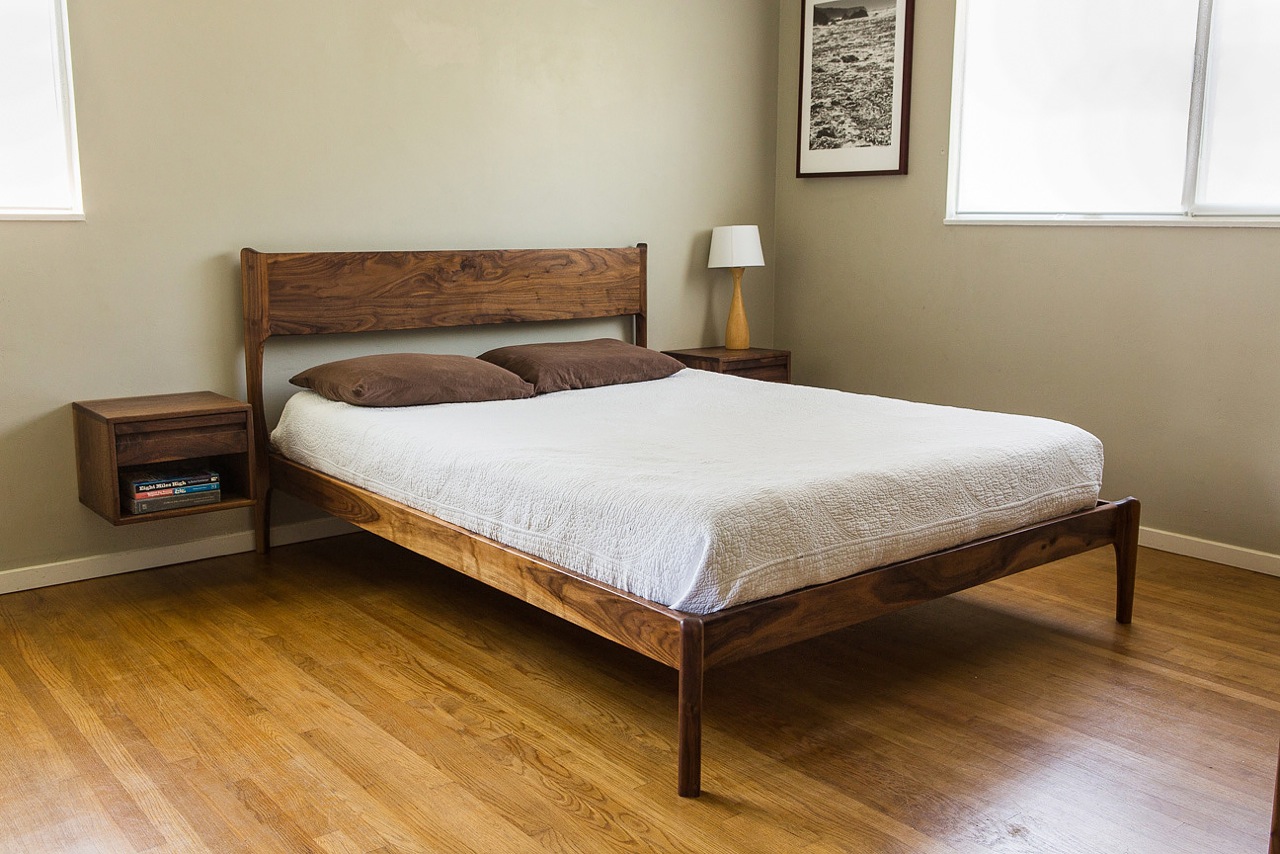 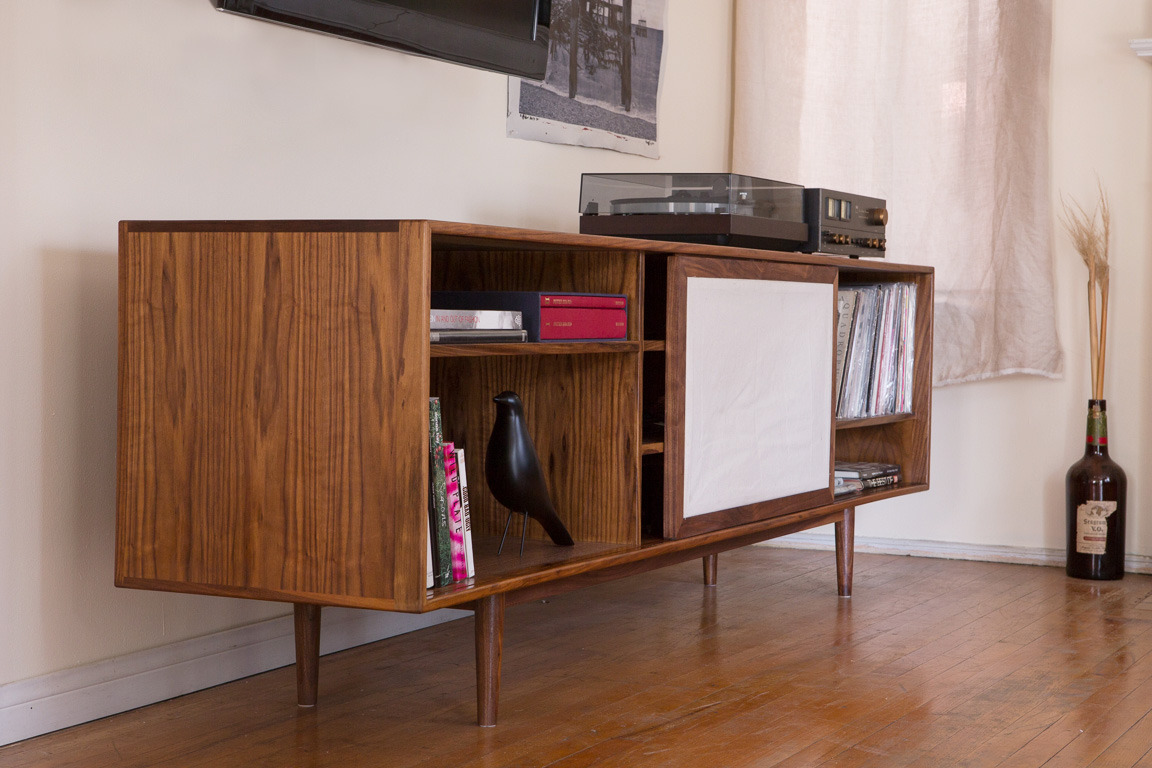 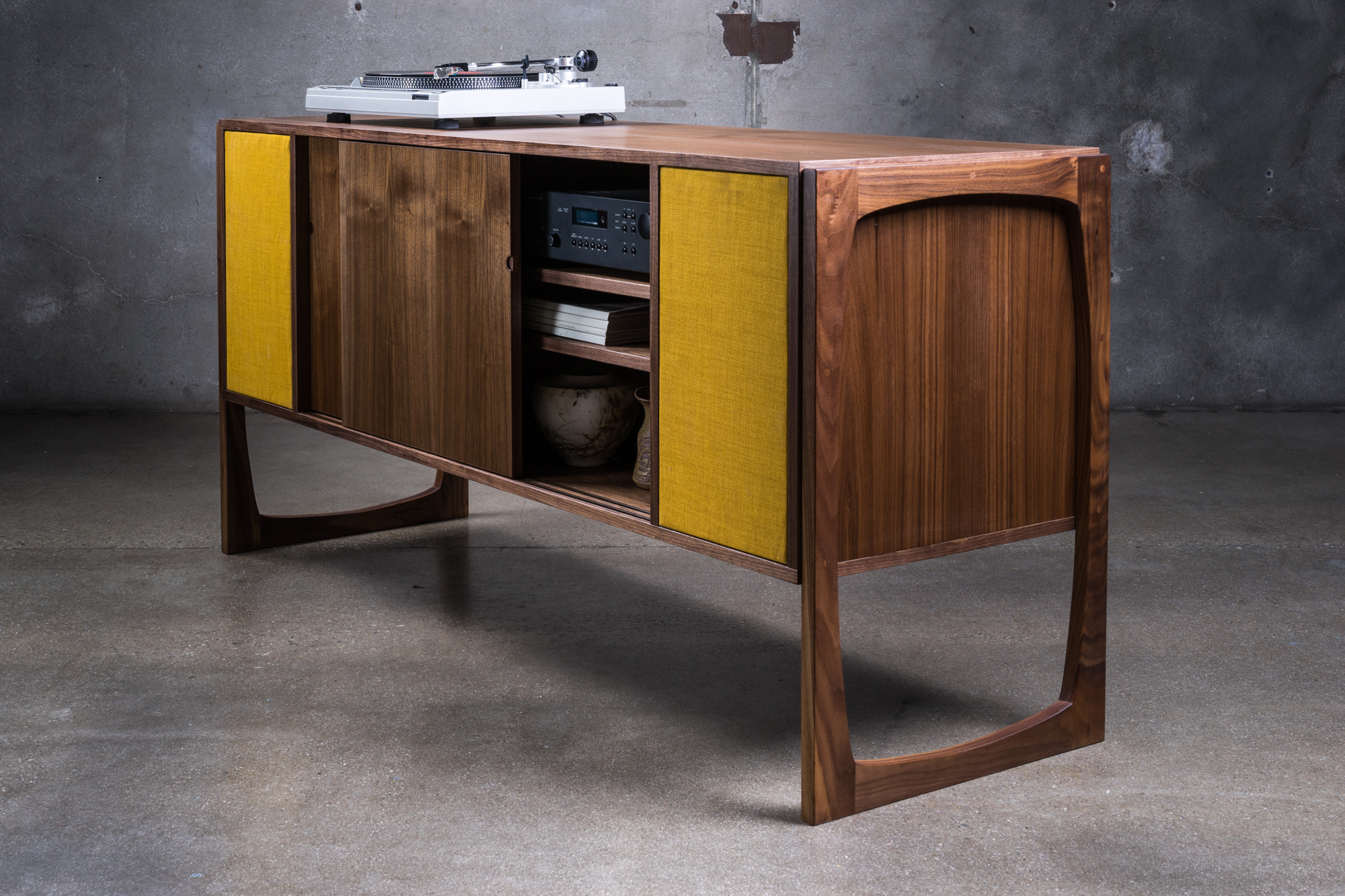