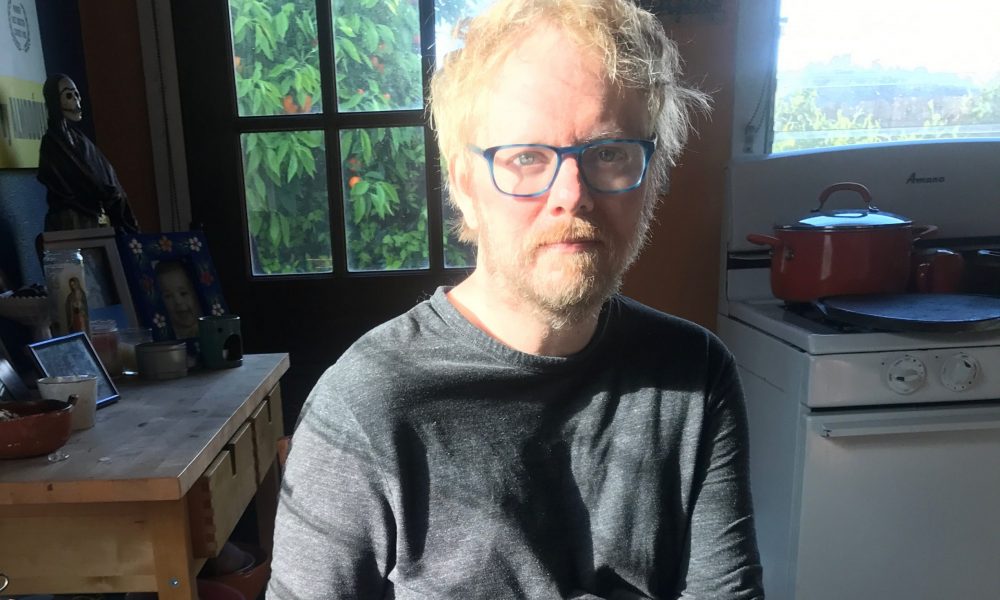 Today we’d like to introduce you to Peter Adams.

Thanks for sharing your story with us Peter. So, let’s start at the beginning and we can move on from there.
I grew up in Lexington MA and I’ve always been a musician. It was never something I wanted to be someday, it’s just what I was from the very beginning. When I was seven years old, I was playing guitar, keyboards and any instrument I could get my hands on. All of my family members are musical to some degree, but it was my older brother’s guitars and record collection that really solidified my trajectory. I’ve always been into all kinds of music; rock, electronic, pop and jazz. I didn’t play classical piano as a kid because I couldn’t understand why you’d spend so much time learning how to read “dots on lines” that someone else composed when you could just sit at the piano and improvise your own music. Of course, now I wish I had put in the time because I absolutely love classical music and wish I could sit down at the piano and play Debussy.

My early teens were spent with my four track cassette recorder, a Roland JX3P synthesizer and various drum machines. I was emulating all kinds of early 80s British synth pop like Depeche Mode, Kate Bush and the band Japan (my greatest influence). I was into some more experimental electronic stuff too, like Art of Noise and Kraftwerk. It wasn’t until high school that my focus shifted to jazz piano, and with that, I began to gain the skills needed to earn a living as a musician. I went to Berklee School of Music as a jazz composition major, but after two years, I decided I didn’t need to pay someone to teach me how to be a professional musician. I already was one. I was already paying my rent on a three bedroom apartment I shared with three other guys and was able to put food in my mouth as well. That’s really all you need when you’re in your twenties. (No cell phone or internet bills to pay back then!)

I continued that frugal, simple lifestyle when I moved to New York City. I was 23. There I made a living playing keyboards mostly in smoke filled bars. I played with so many incredible musicians night after night and many of those relationships carry on to this day. Mostly I played blues and R&B, but sometimes jazz and occasionally with singer-songwriters. Almost always though, we were playing covers. I wasn’t playing the kind of music I liked. I wanted to play original, creative music that meant something to me. Eventually, some doors would open; I met Tracy Bonham through some friends. Her Grammy-nominated 1996 album Burdens of Being Upright was one of my favorites, and I was determined to play with her. After a lot of perseverance, she had me audition and I got the gig. I was on my way! For a few years, we played all around Europe and in the US, but eventually the touring slowed. The record label wasn’t being supportive anymore.

I returned to the tiny room I rented in NYC and my cover gigs. In the summer of 2001, three months before the world trade center came down, I decided to leave NYC and return to Boston. My friends all thought I was crazy. It was only seen as a step back in their minds, but I quickly made my home in an entirely new scene; the Boston rock scene. I loved it! Immediately I met Kay Hanley of Letters to Cleo and she asked me to play in her band. Soon I was making albums with Kay, Juliana Hatfield and others. I began to learn how to create interesting keyboard parts in the studio, how to play rock and pop music. Ultimately there weren’t enough paid gigs though. I couldn’t make a living as a musician in Boston, and many of my friends began talking about moving to LA. I joined them, and packed up my 1995 Toyota Corolla with a bunch of keyboards and my clothes and drove across the country. I began a whole new chapter of my life in Los Angeles. That was fifteen years ago.

Great, so let’s dig a little deeper into the story – has it been an easy path overall and if not, what were the challenges you’ve had to overcome?
All of us freelance musicians are continually looking towards finding “the next gig”. That can be a challenging; the not knowing. To some extent you can direct your career, but a lot of it is just taking what opportunities come to you. It can often be a struggle to stay creative and inspired too, especially if you are sitting at home waiting for the phone to ring. Being a musician really is a lifestyle more than just a career. I’ve made many compromises and hard decisions in order to keep doing what I do. The music is always what comes first, and that can be a hard way to live but it’s also an extremely fulfilling life.

Please tell us about Spotlight Floodlight.
I am a freelance musician. I play piano, keyboards and modular synthesizers. I compose and record my own music, sometimes under the moniker Spotlight, Floodlight. I thrive in the music scene in Los Angeles, and I love being part of the diversity of musicians and artists. One of the main things I do is record with producers, songwriters and bands in the studio. I’m someone they rely on when they don’t know exactly what they want keyboard-wise but are open to possibilities. I bring original ideas and creativity and play many different styles. I’ve recorded with many artists including; Michael Penn, Gaby Moreno, Rickie Lee Jones, Kay Hanley (Letters to Cleo), The Submarines, Nina Gordon (Veruca Salt), A Fine Frenzy, and many others. Also, I work with film composers. Most recently with my friend John Dragonetti. He just had me play piano on his score for The Trials of Gabriel Fernandez on Netflix. I love working in the studio with other musicians, but I also frequently record from home and send my tracks over the internet. Something we all have been doing more and more. Still, my bread and butter has been touring, and I love the adventure of traveling, staying in hotels, and getting to see different cities and places around the world. It’s a real privilege. I’ve toured with Michael Penn, Rickie Lee Jones, Tears for Fears, Josh Groban, Justin Currie (Del Amitri), Ottmar Liebert, John Oates (Hall and Oates), Belinda Carlisle, Gaby Moreno, Macy Gray, and South Korean pop singer Jeff Chang.

Three years ago, I discovered modular synthesizers, and I am increasingly using them in my music. They have been a real source of inspiration and continually give me new ideas. They even teach me how to listen, which is something we often take for granted. We get caught up in the technical side of our instruments and forget to simply listen to the sounds we’re creating. These machines will do only what you tell them, yet somehow they are always surprising and magical. It’s very liberating to create music entirely for my own enjoyment, the way I did when I was a kid. My latest album Landscapes is a five song mini-album made entirely with the modular synthesizers and piano. It’s ambient and minimal, but also has an emotive romanticism about it. Often electronic and ambient music is kind of flat, but I strive to bring emotion to everything I do. Landscapes combines the textural ambience of modular synthesizers with minimal improvisational acoustic piano. You can find it streaming on Spotify, Soundcloud, and on my website www.spotlightfloodlight.com. I recently played modular synths at the Echo Park Rising music festival and in the Rhythms of the City art installation at Art at the Rendon, a great art space in an old hotel downtown.

Do you look back particularly fondly on any memories from childhood?
I grew up playing in the woods in Massachusetts. 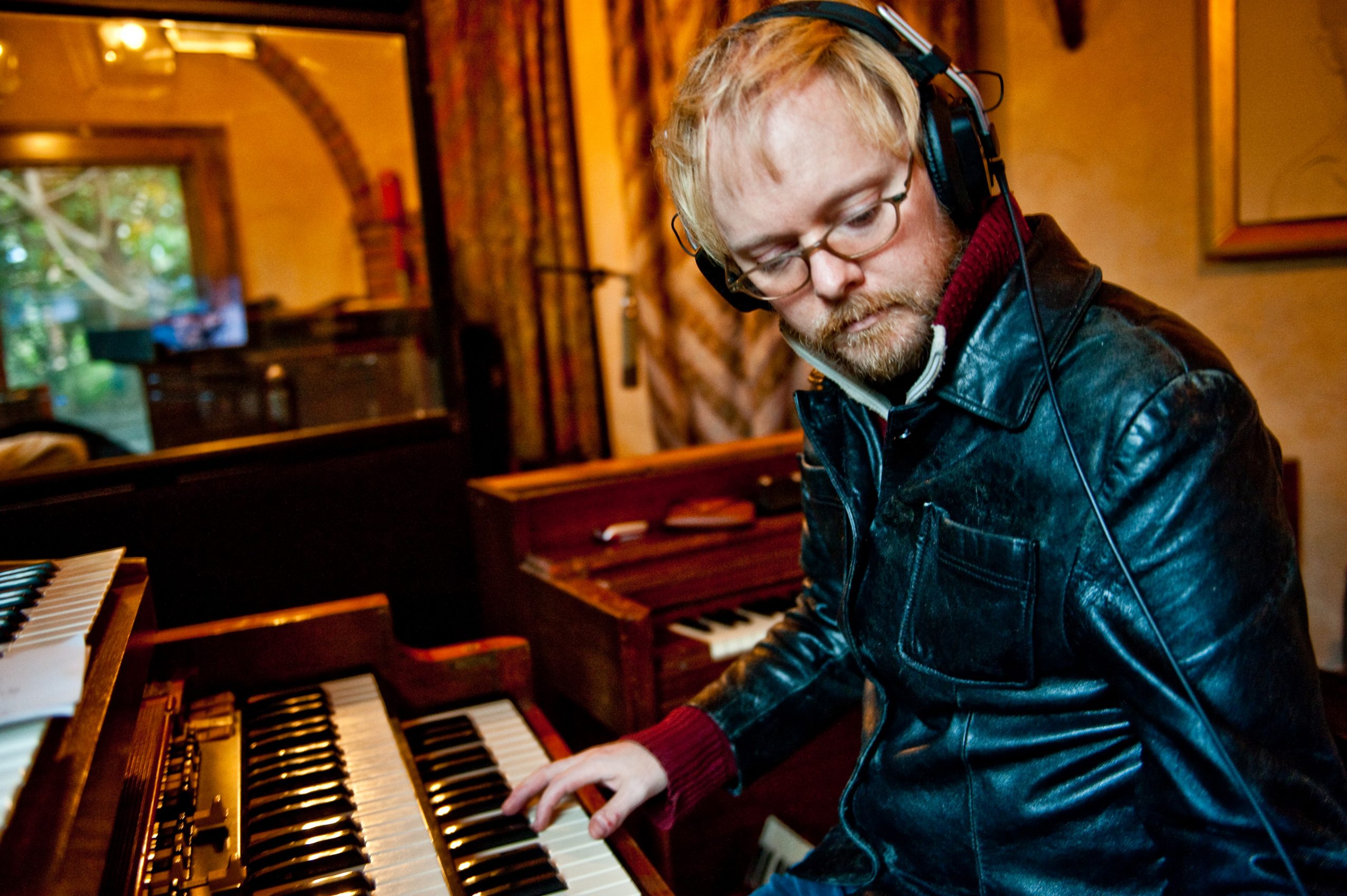 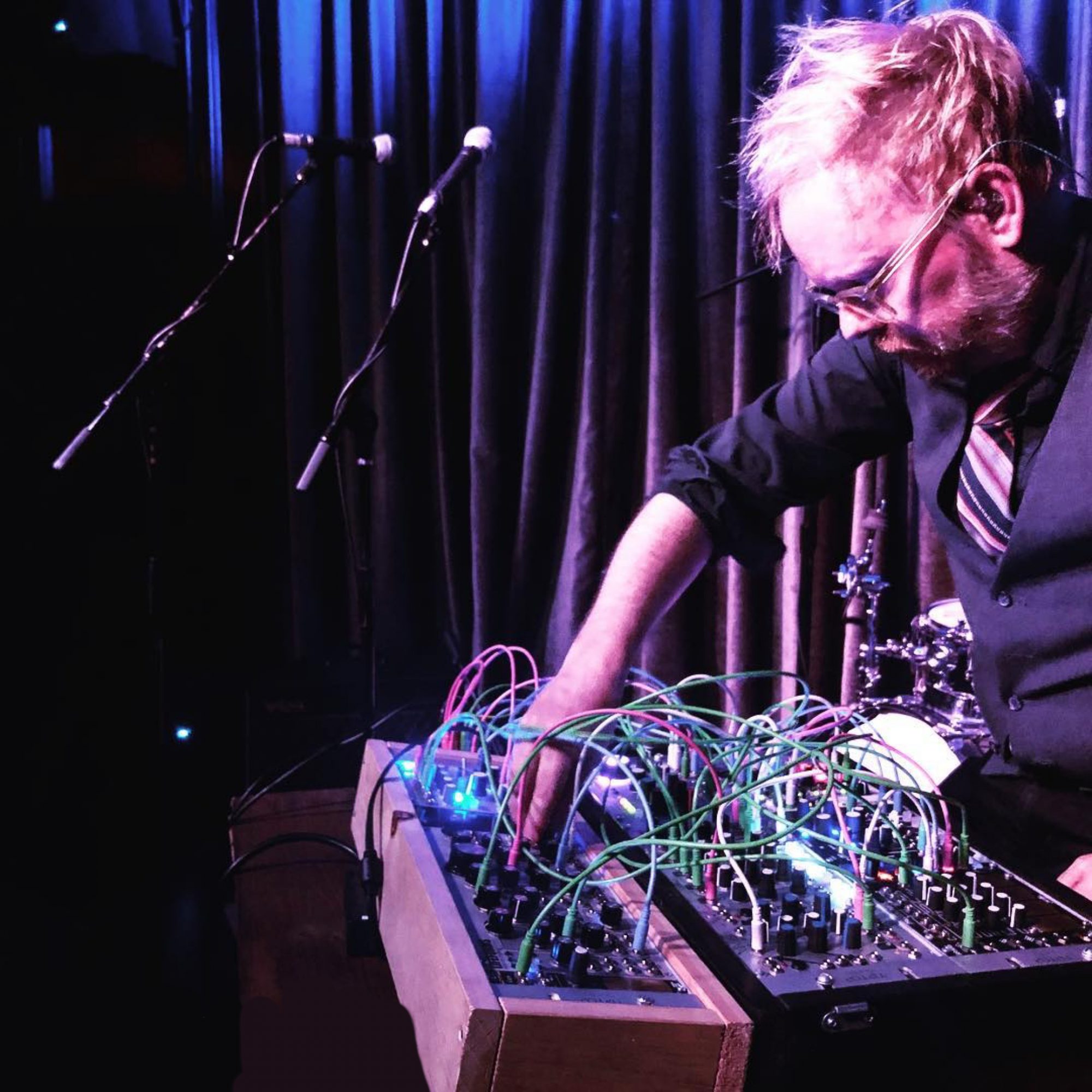 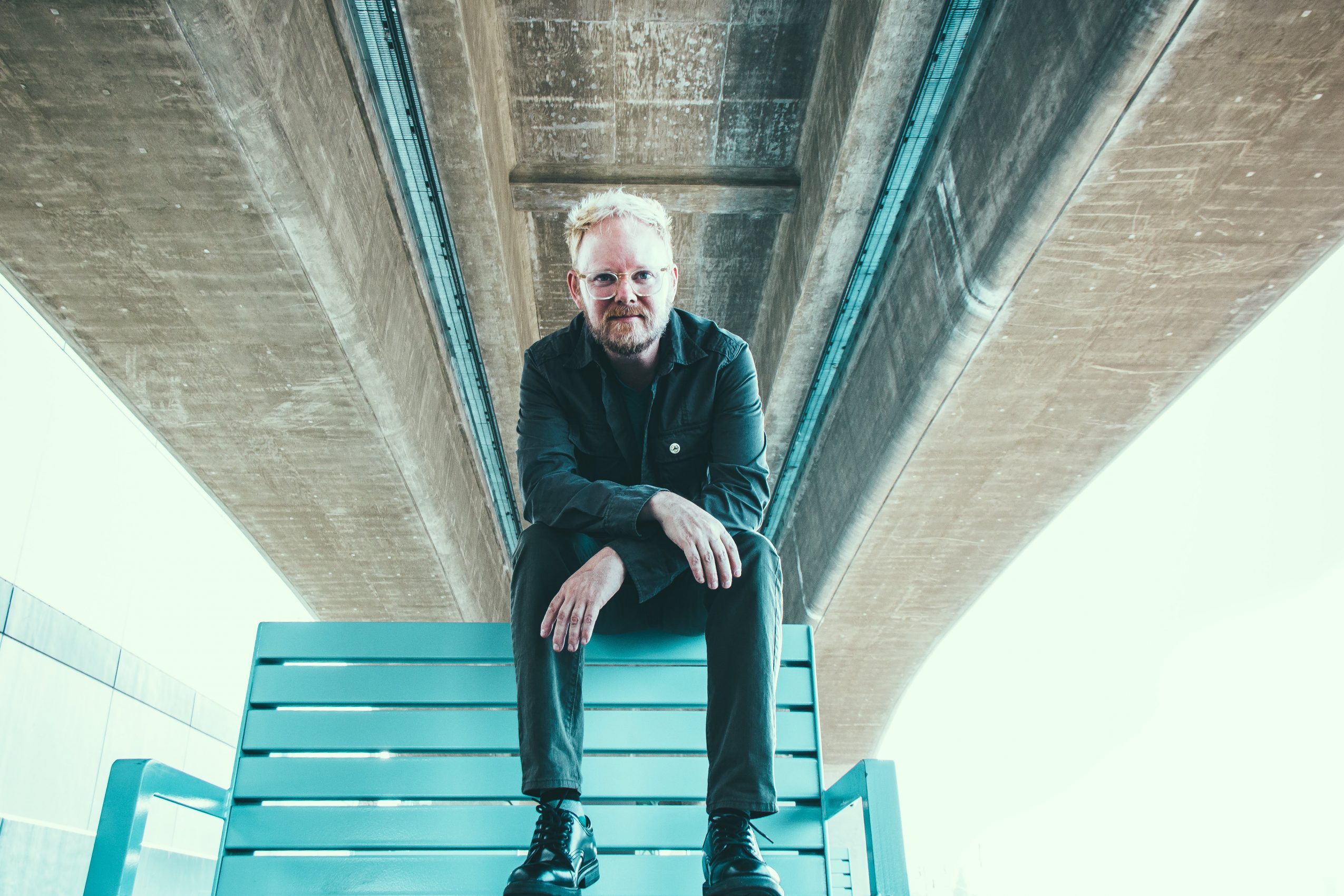 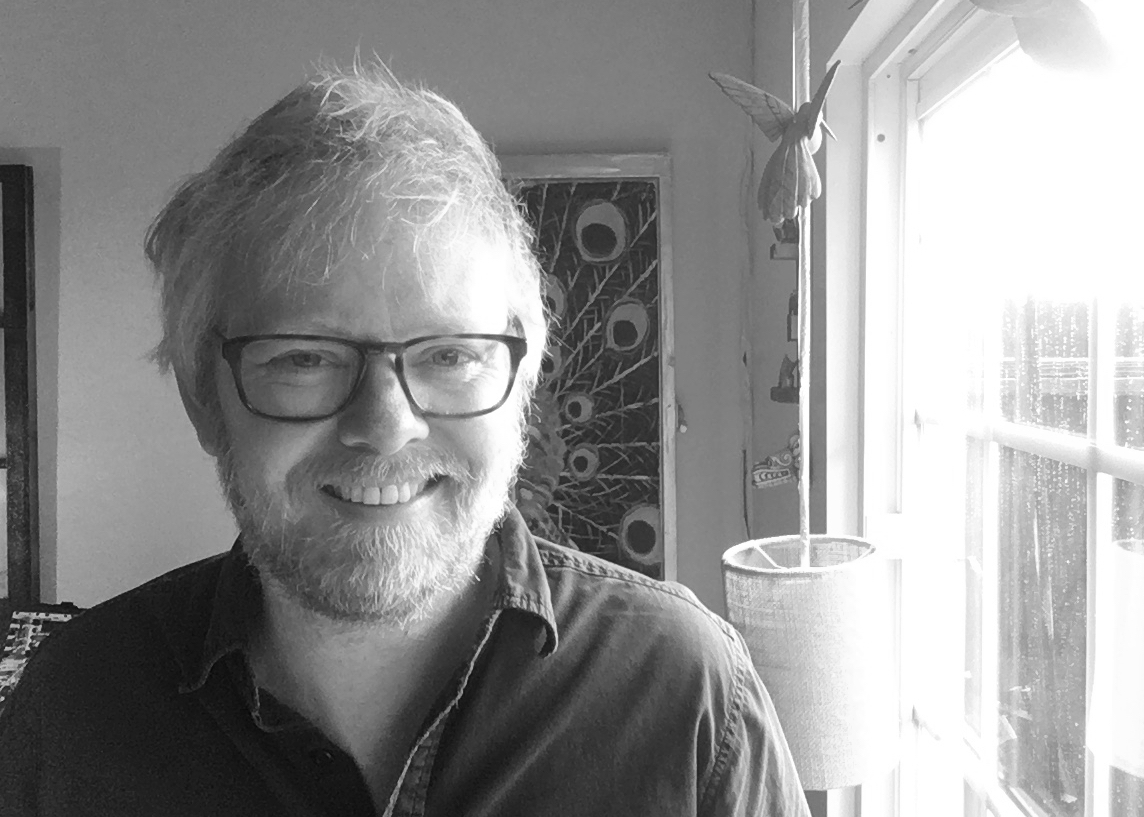 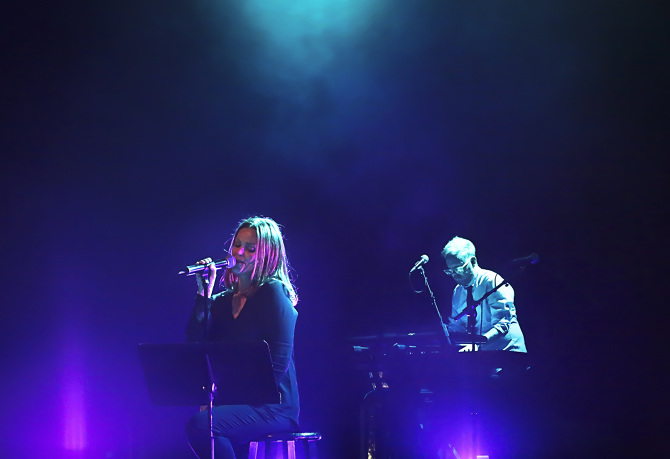