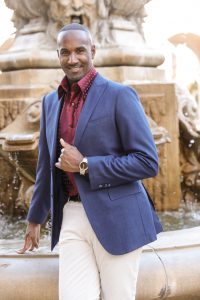 Today we’d like to introduce you to Perry Jones II.

Born William Perry Jones II. His Dad wanted him to be called Perry because he was Perry Sr. He was born & raised in St. Paul, MN. As a little boy, he loved to draw everything. Perry was put in art school around the age of seven. He got introduced to modeling from a lady friend in his early 20’s.

The Photographer thought he had a nice look. For the next 12 years, he did Print Ads for Target, Fingerhut, Best Buy, Tetris & Best Buy Commercials, Fruit of the Looms, Select Comfort and many more Ads that would be shown around the world. At the same time, Perry also did some acting in Hollywood with roles on ER, Veronica’s Closet, Jag, Ally McBeal, NYPD Blue, David Spade Show and more. He was featured in print for Nike with Basketball Hall of Famer Kevin Garnett. He got his start in runway and wedding expos in 2003 modeling for Valentino and more.

Perry moved out west to Arizona in 2007. After a few years of styling & personal shopping for locals & co-workers, Perry knew there was a higher calling. Late in 2010, he got his business Perry Jones II LLC going; But did not officially start advertising his Paris Homme Collection brand for another six months. After a couple of years of going back and forth from Arizona to Florida to promote his business even putting it off so he can focus on putting the right team around him, Perry settled back in Arizona and started focusing his time & energy on the LA market particularly the Celebrities and people in the know. Perry’s client list grew more and more, once he started going out to the Los Angeles area in 2014 consistently.

He eventually moved out to the LA area in the Spring of 2016. Celebrity clients that Perry has designed suits for are Grammy Award winner Skip Martin from The Dazz Band & Kool and the Gang. Actors Sean Faris, Andrew Keegan and Patrick Faucette from the show “The Haves and the Have Nots.” He also styled him in 2016 for the Oscars. Actors Geno Segers & Vincent Ward from the show “The Walking Dead.” His Garments have been Nominated for best dressed on the BET Awards Show in 2015 with Supermodel/Actor/Rapper Sam Sarpong wearing his suit on the Red Carpet & also hosting the show giving out an award on stage. Actress Lala Milan of “Boomerang” wore his Women’s Tux on the Jimmy Kimmel Show in May of 2019.

Perry also had his suits worn by Actor Darius McCrary from “Family Matters” in his video in 2017. Articles written about his brand has been featured in LA Weekly, California Apparel News, Los Angeles Post, Latino Weekly, and many more. Magazines he has been featured in, Elements Magazines, IHeart Entertainment, Boss Mann Magazine & Cool Singapore magazine 2020 Jan/Feb issue. Perry’s future projects consist of having his own Fashion Shows & Stores in the Pasadena, LA areas Sometime in the next couple of years. Perry is currently working on several stores to carry his Brand.

Perry Jones II loves to give back to Charity as he has done shows for the Epilepsy Foundation, High School Proms, speaking at High Schools & Elementary Schools as well as donating to the Goodwill & Salvation Army. He also teaches models that it’s more than the walk & clothes itself. Looking right is the part of life. His motto in life is “Let the glow shine from within!” It’s because You make the clothes, not the clothes make you. The clothes look great; But what makes them great are the ones in them! Fashion starts from the inside out.” He stresses that Style is your Success!

Overall, has it been relatively smooth? If not, what were some of the struggles along the way?
It has not been a smooth ride. When I started my business in late 2010, I had so many people promise me that they would help me out financially, and their stores (business owners that rejected me not being in their store). I had a business owner that was very nice to me when I was purchasing from him. But once I told him I’m starting my own business line he kind of went cold on me. Even ridiculed me when I showed him some sketches of my designs which I shouldn’t have. Then a partner that was helping with my website starting getting greedy and wanting more money. It doesn’t stop there. I had a family member take advantage of me and she used to be in the business a long time ago. She had me move out to Atlanta so we could work together.

But I didn’t know she was in a bad place and I felt like I was her ticket back to getting Her on her feet 3 weeks later. That didn’t last long as I moved from her in three wks. But my situation got worse. I wanted to stay on the east coast and I moved to Florida seeking a change. East coast style and I did like the sunny weather and Miami for fashion. I needed a job but nothing paid well. It got so bad I had to sleep in my car for 29 days. Very hard to keep positive. But you couldn’t tell cause I kept dressing up in my suits as I was washing up at LA fitness and sometimes at the job I was working at. I decided to move back to Arizona and this is now late 2012 two years after I started my business. I felt like it was too much in two years of time what I went through so I stopped pushing my business for a year. I even enjoyed life more than ever. I got rid of all my social media handles. 2013 was stress-free for me. I still had my website up but I didn’t care anymore.

Something changed in December 2013, I heard a voice in my head as I was jogging early morning on a cold Phoenix day. It told me “it’s time!” I’m like feeling this rejuvenated energy cause I heard it again & again. So I knew it was time to go back to business. 2014 January I laid out a new plan & did everything solo and my way. I was hands on no help. I slowly started doing shows & got a major boost when I was part of a group selling insurance when a fella asked me about my suits cause we had to wear suits at meetings. I told him I make my own & he said he knows someone that is an owner of a suit store and he might like my look so he connected us. That door lead me to where I’m at to this day. His name is Rob & he liked my suits & put my suits in his store in Phoenix.

Rob also was really into showcasing & going to Las Vegas for the magic convention so I went with him. It’s the Super Bowl of fashion. I read up on these events and I came across some LA fashion week articles & started calling people & businesses. One production was interested in me showing and I took him on showcasing my line. But I didn’t know he was kind of a scammer to some people & manipulated others like he’s been doing this for awhile. He acted like he was also LA Fashion wk. But he was nice to me & respectful & I met more people in LA and slowly started making a name for myself from that show shortly after that. But more obstacles were coming once I moved to LA area.

Setbacks with production & people in the industry that wanted a “free” suit cause they’re in the know. I was gullible so I did it a couple of times. Later on, it was fashion show productions that were unprofessional and I almost walked out of a couple of them. A model here and there that was trying to hurt my brand I had to let go. A showroom that I got into in 2018, the main owner wasn’t professional & they lost one of my garments and he wasn’t going to pay up. His partner did actually paid me. So yes a lot has happened to me. Thru all of that, I’m still standing and now I’m in a salesroom in downtown LA about to be in stores here & more in Orange County. I’m about to showcase my Paris Homme Collection line at the Magic Convention in Las Vegas the one that my mentor Rob introduced me to back in 2014. So yes it all paid off in the end.

We’d love to hear more about your work.
I’m a fashion custom suit line for men’s & women’s. My line is called Paris Homme Collection. We tailor your body the way it’s supposed to be. What sets us apart is our cut and detail & designer for your look. You’re not just a body. You make the clothes not the clothes make you. You look great, but what makes them great are the ones in them.

Any shoutouts? Who else deserves credit in this story – who has played a meaningful role?
Yes! Rob Hartwell as I mentioned earlier really boosts my business & gave me confidence in what I’m doing & really the first one to believing in me that I can make it. He’s a mentor as well. He’s the one that got me to go to the Las Vegas convention & I got my connections from there. I’ve had many supporters & cheerleaders but his name sticks out. My manufacturers helped in my business & confidence as well as I have seen my baby come to light. Especially my new manufacturer & tailor from the past four years. 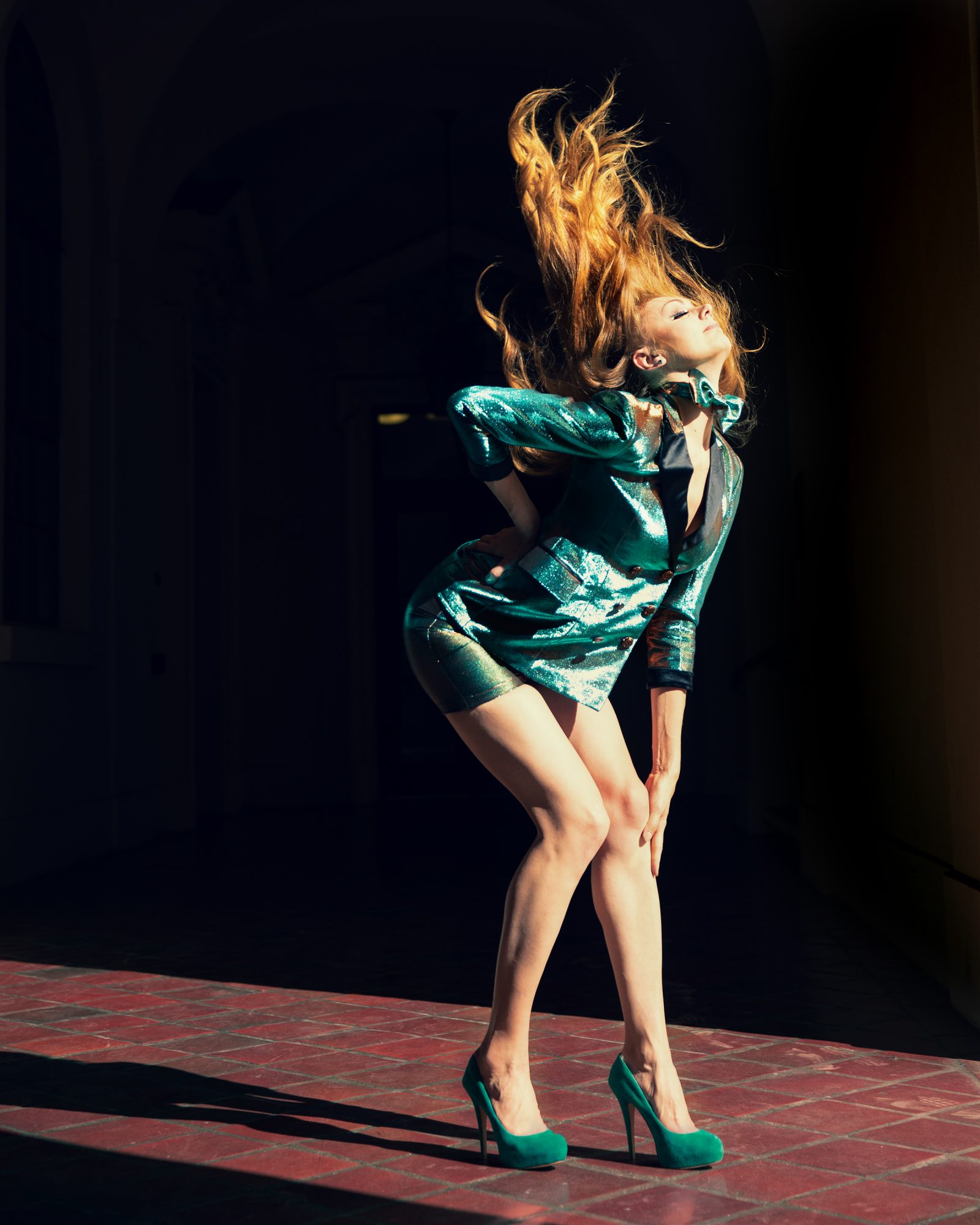 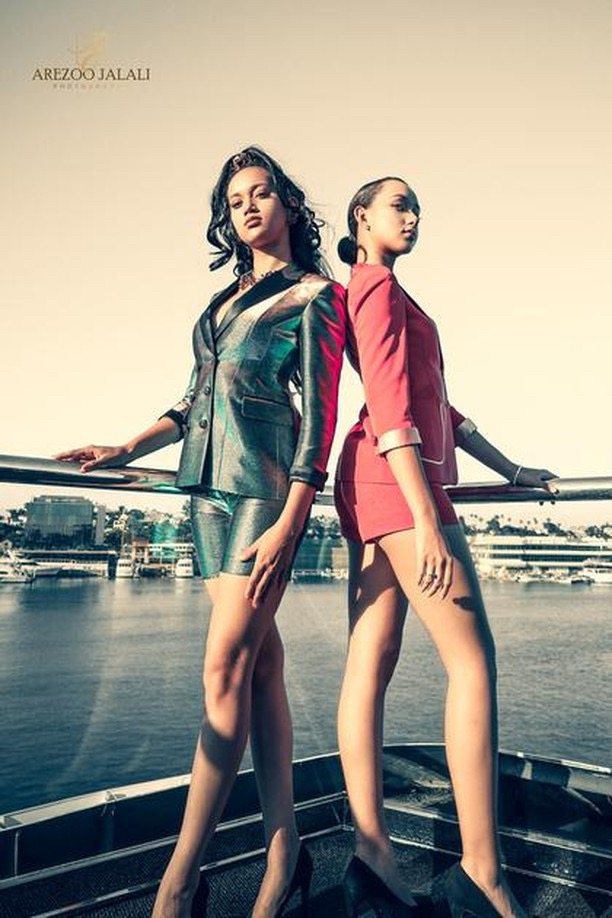 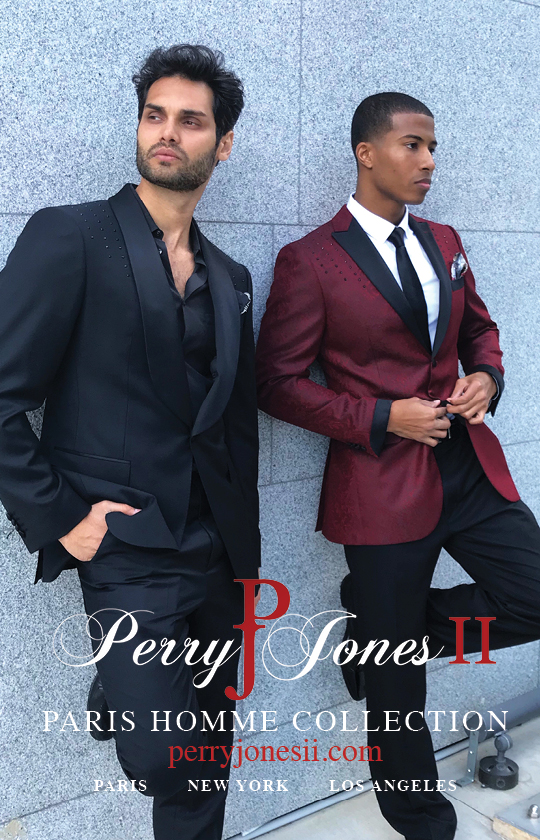 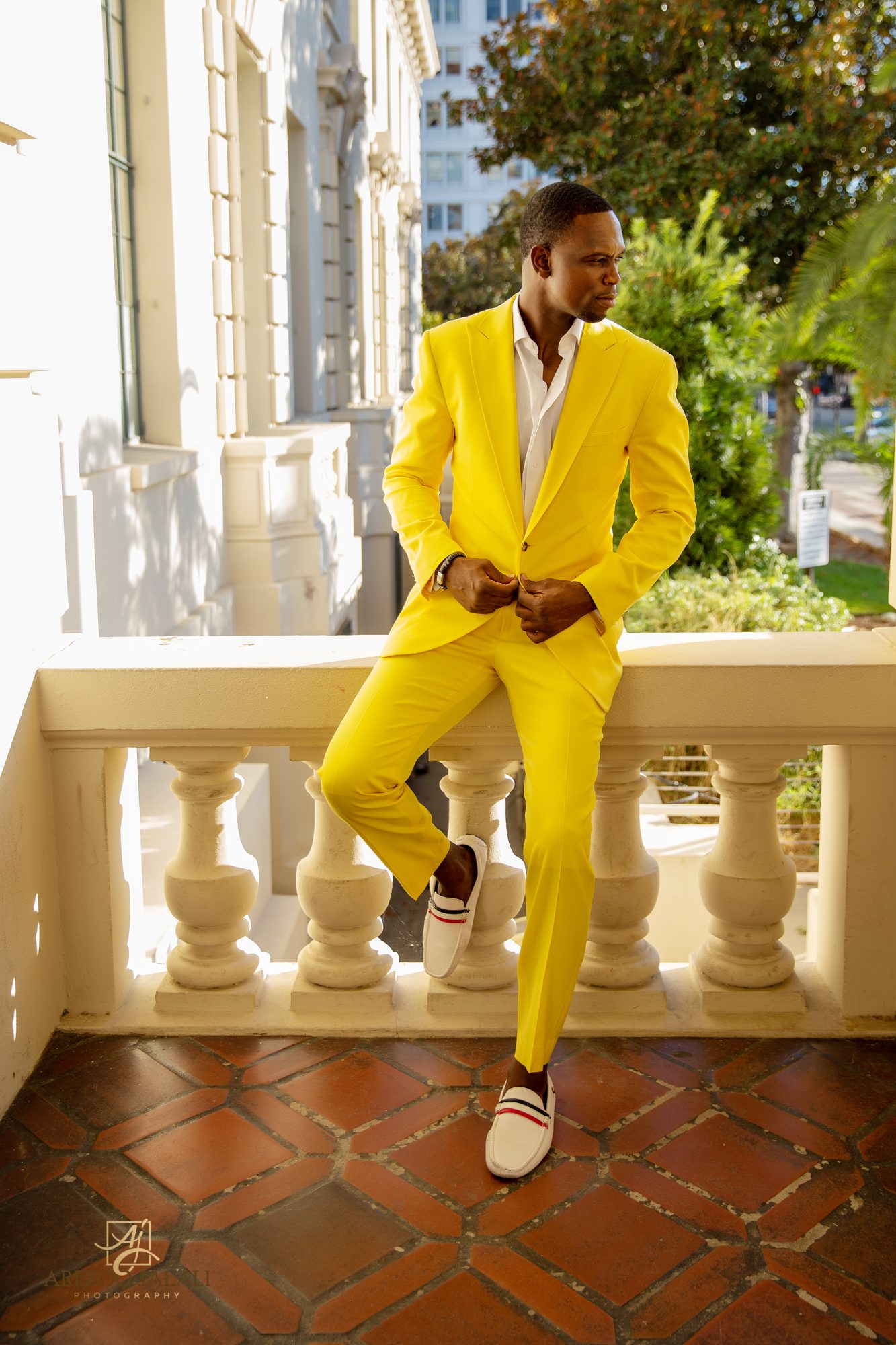 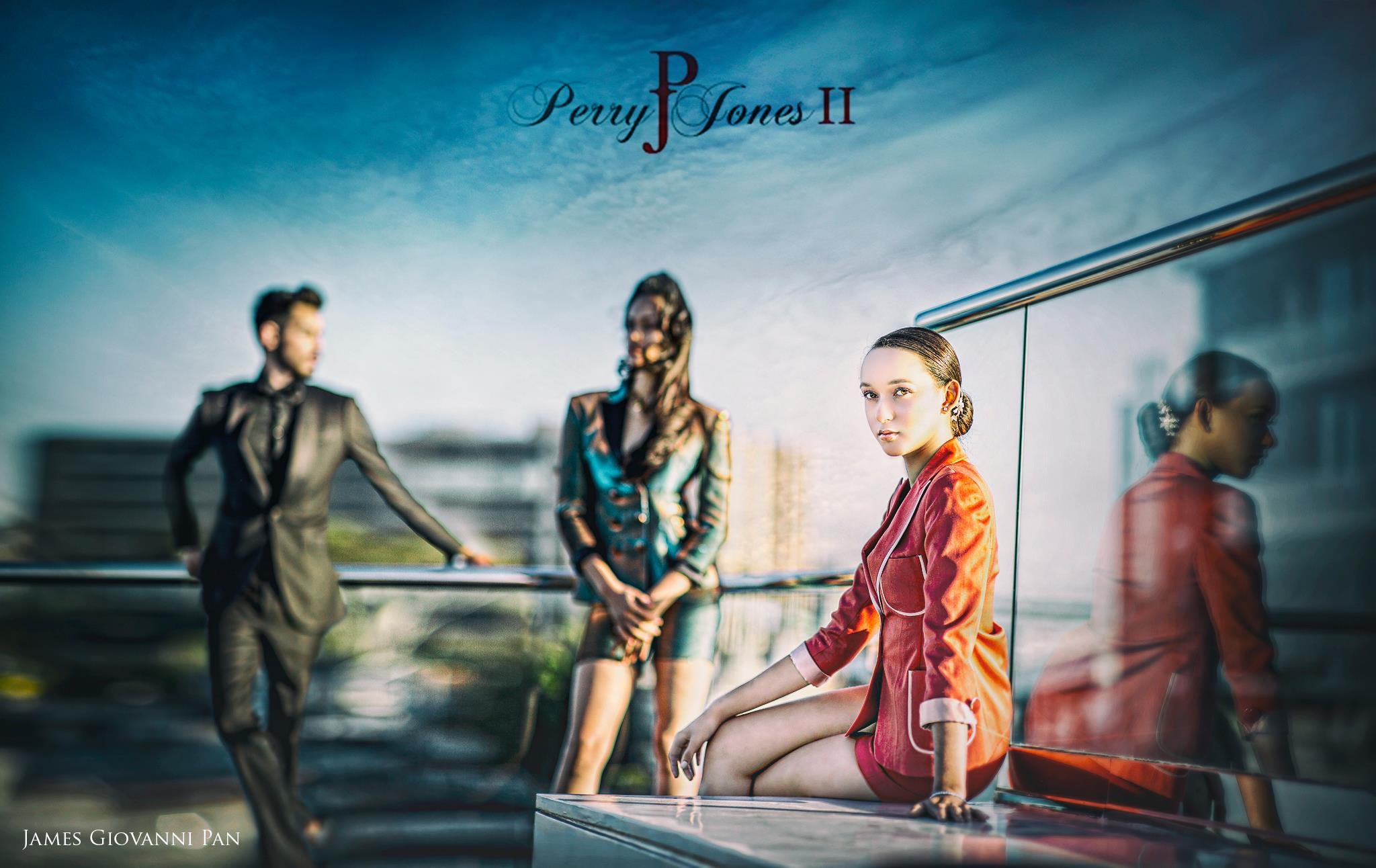 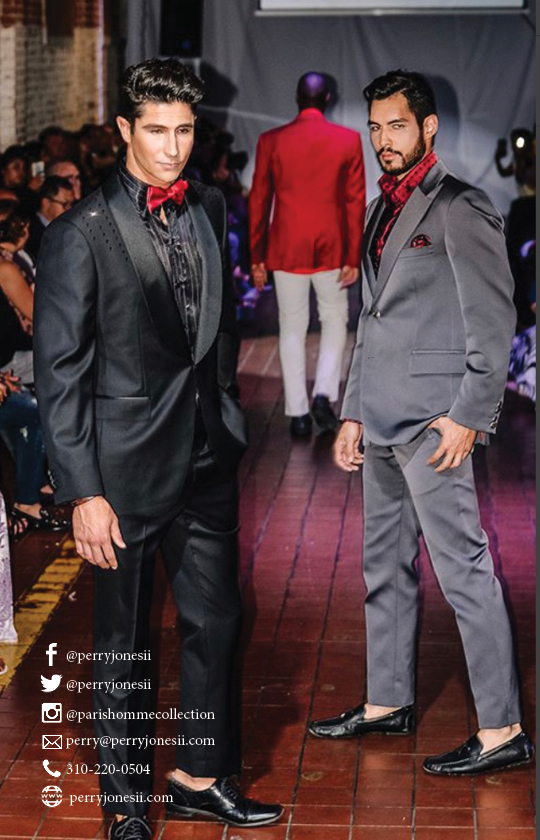 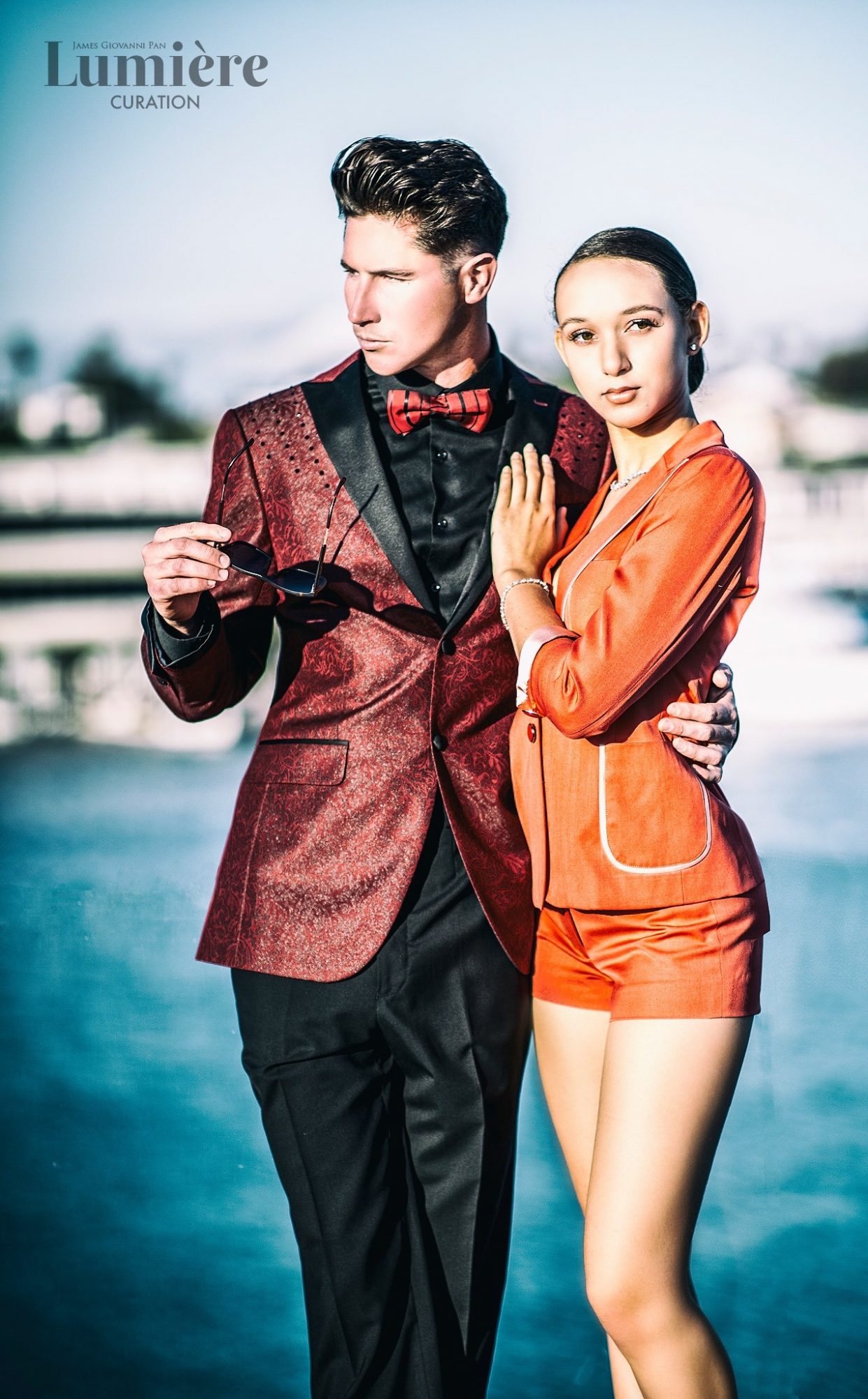