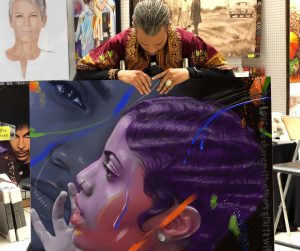 Today we’d like to introduce you to PeQue Brown.

PeQue, please share your story with us. How did you get to where you are today?
Fine Art is my vehicle; creating messages of hope is my life. The youngest of thirteen children, I was born and raised in Gary, Indiana. I always had a passion for the arts, but I got discouraged from pursuing it when my dad told me that art was not a viable career choice. Instead, I joined the United States Navy and became a Hospital Corpsman. Six years into my career, and several accolades later, I had a life defining moment. Jose, a colleague, asked me, “what’s your passion?” He specifically meant in the medical services fields.

As a result, I was at a loss. Although I was good at my job, I wasn’t passionate about the world of medicine or medical services. In the ensuing days, I began a long introspective expedition that brought me back to the arts. After months of tireless hours preparing an art portfolio, a plethora of explanations and documentation for board review, I was allowed to make the unlikely cross-over from Navy medic to Navy illustrator. I went on to complete my military service and then on to a life as an artist. Little did I know then, it was only the beginning of a very long, challenging yet rewarding journey. Through the years, I’ve learned to use art as the vehicle that gives me access to reach out, teach, and share with people the gift and importance discovering their own passions and purposes in life. The struggles of my journey led me collaborate with other artists and create LIQUID, an arts collective designed to help people discover meaning for their lives and provide solutions to finding fulfillment.

Great, so let’s dig a little deeper into the story – has it been an easy path overall and if not, what were the challenges you’ve had to overcome?
My road has been anything but smooth. But anything worth having is worth fighting for; and I’ve had to fight at every turn. When I got out of the Navy, I thought the five years of experience as an illustrator were sufficient enough to get me hired by an ad agency, newspaper, or publishing house. I was wrong. I could hardly get an interview. So, I leveraged my veteran status to get into an advertising art school. There, I learned the industry standards of graphic design, gained confidence in my creative abilities and reinforced my illustration skills. But when I graduated The Advertising Arts College (now Art Institute of San Diego), I still was unable to find work. So, having a wife and five children by this point, I began working several random, low-skilled part-time jobs just to make ends meet. Periodically, I would attempt to get my artwork into galleries. But I had no understanding of what the galleries were looking for nor did I have a clear artistic voice to be heard and build a significant following. Eventually, in response to an ad in the paper, I took up the discipline of caricatures and later airbrush painting and then began working the theme park and events circuit. In time, I became a production artist for film sets, trade shows, and special events. Years of honing my craft through a host of commissioned jobs later, I found my artistic voice, attracted a following, and discovered a clear purpose to use art to help others fulfill their purposes through expressing themselves.

Liquid Arts & Productions – what should we know? What do you do best? What sets you apart from the competition?
As a fine artist, I’m always experimenting with styles, media, and subject. Primarily, I paint in traditional acrylic, airbrush, and digital media. For the most part, I’m known for creating inspiring paintings and detailed figurative realism. Within each painting, there are “goodies”. My friends, collectors, and fans make sport of discovering all of the hidden messages that I carefully weave into each piece. With each painting, my goal is always to create narratives that make a difference.

The group I founded in response to my own challenges, LIQUID Arts & Productions is a collective of artists from a variety of art disciplines and genres that are dedicated to arts education and making a positive impact on underserved communities. Individually, each of the LIQUID artists are accomplish d in their own rights. Collectively, we produce films and performances, put on workshops and classes, and lead community mural projects, all with the intention of helping to build community, confidence, and connection among youth and young adults. We are known for thinking outside of the box to create experiences that are fun, innovative, and inspiring. I am most proud of that and the fact that over our 13 years of existence, we have continued to evolve in response to the ever-changing world around us effectively meeting the growing needs in the communities where we’ve worked.

In correlation to my work with LIQUD, I’m currently completing a series of paintings, “How Beautiful… the Feet.” It highlights ordinary people that extraordinarily impact their communities through unassuming means. Each subject in the series is depicted symbolically doing their work with the unique and sometimes strange caveat (depending on their craft or function) of being barefooted.

What moment in your career do you look back most fondly on?
In September 2017, the LIQUID team and I completed a documentary film project that included multiple phases of the arts. The premise was to create a mural with community participants in Watts of all ages, ethnicities and walks of life. We allowed youth and young adults to take lead roles and guided them in producing the film. We were merely hoping this would give the community an opportunity to learn various art disciplines of the arts and allow them to express themselves. However, we submitted the project into a few film festivals and began receiving awards immediately. The film has been on a two years festival run and received over 12 laurels and awards. We are currently in talks with influential partners to do similar projects across the country. The look on the faces of the kids who helped produce this film after they learned it had won its first award is one of the proudest moments of my arts career. 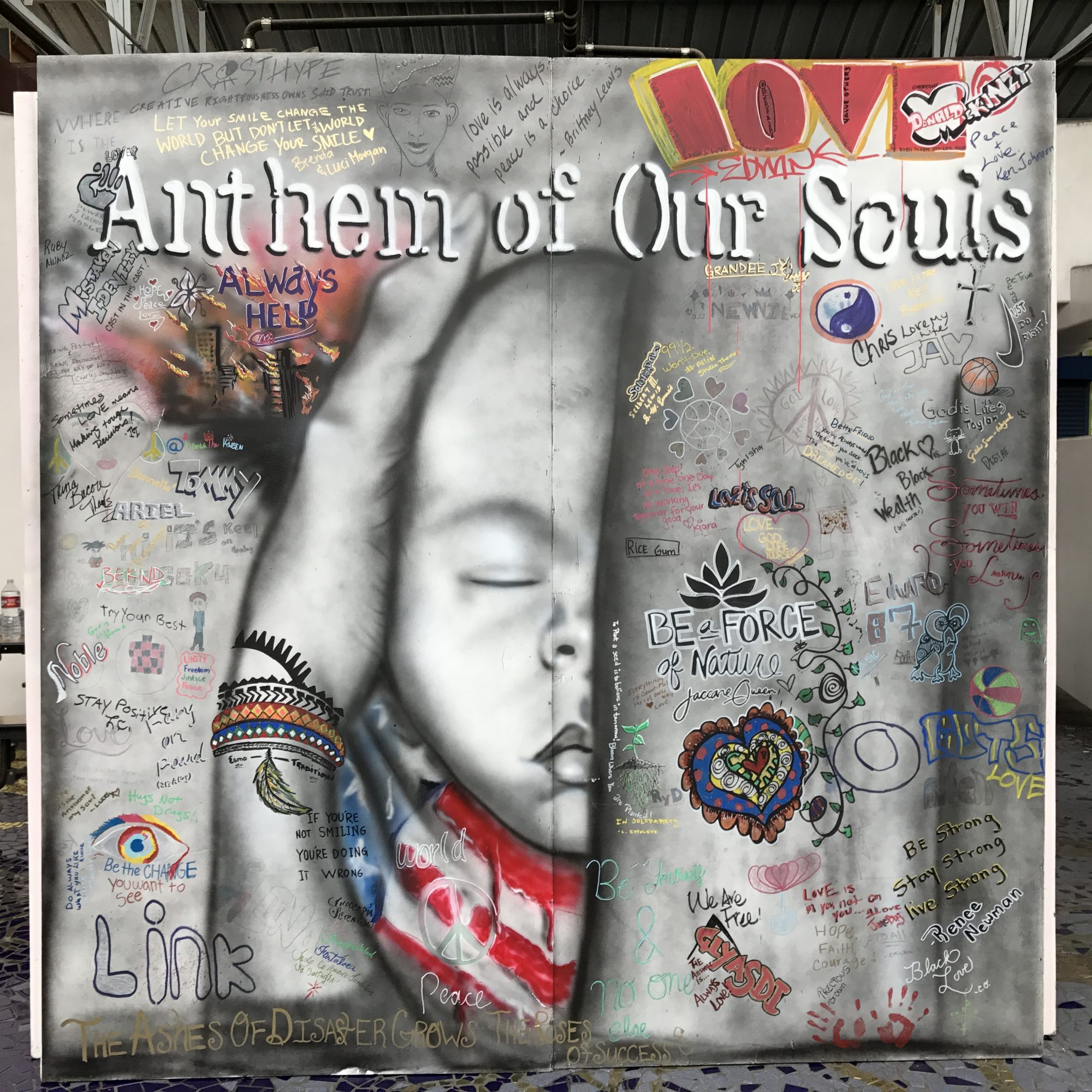 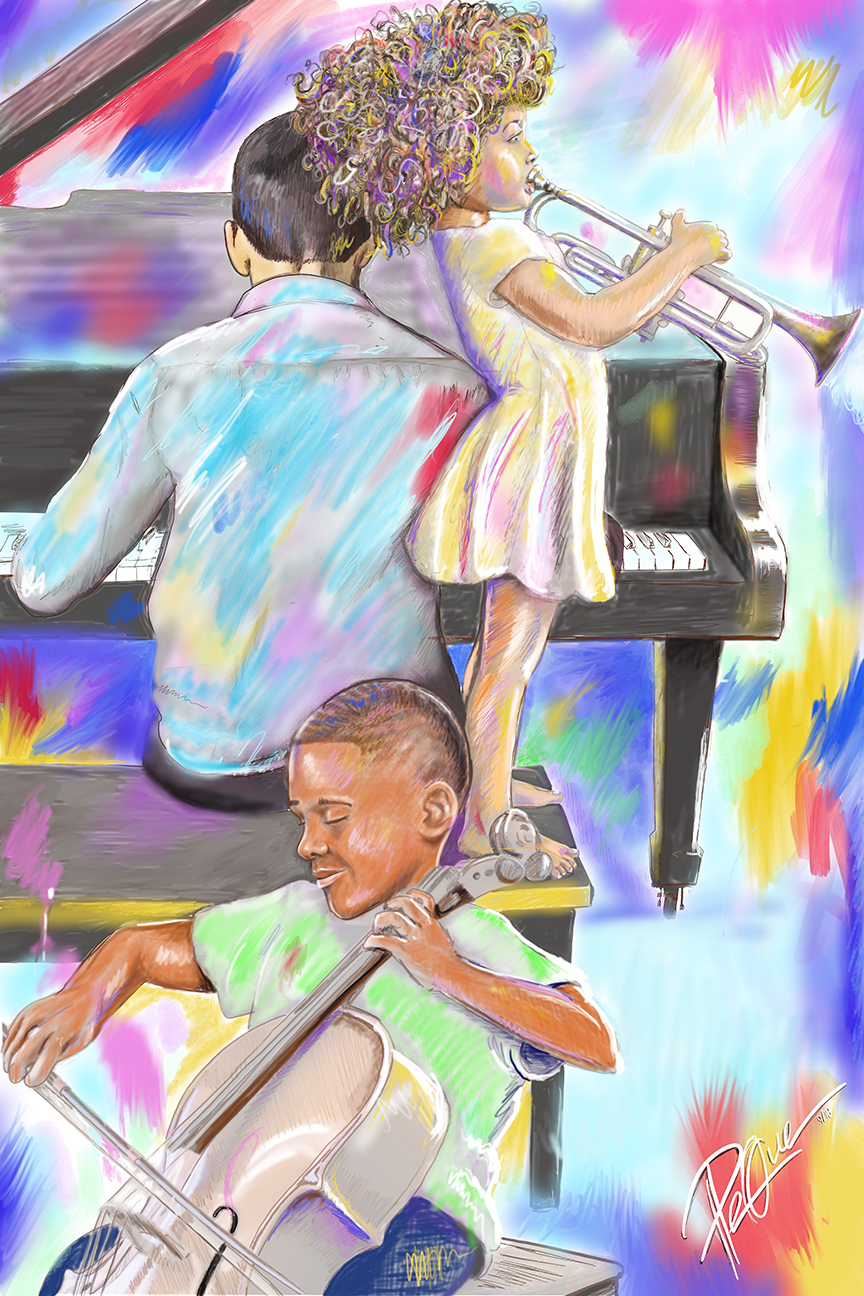 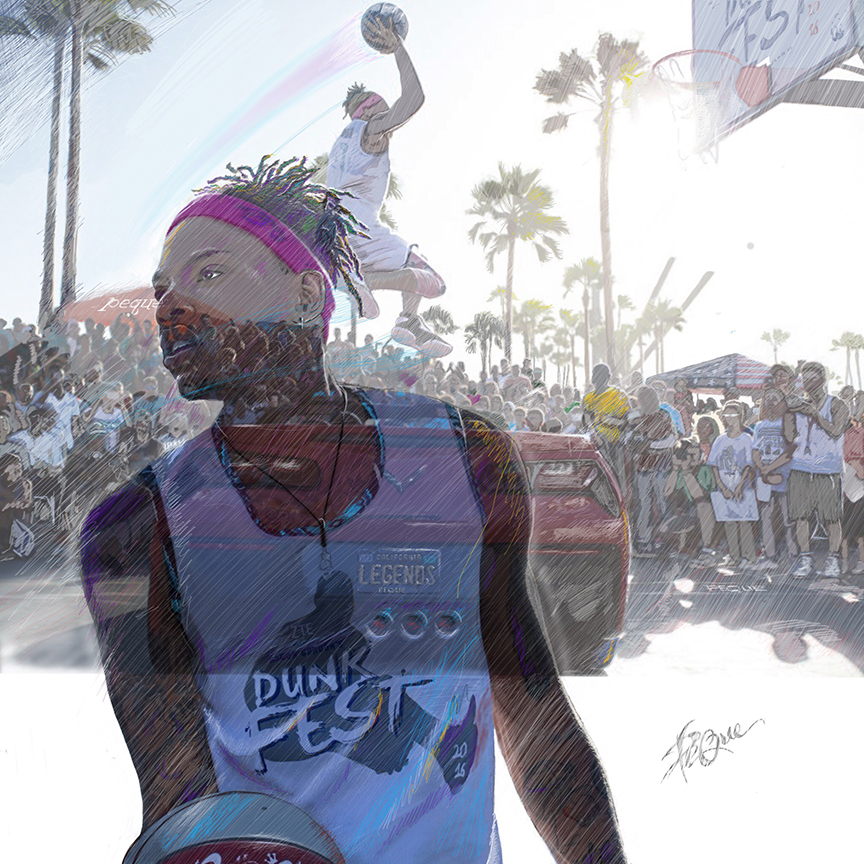 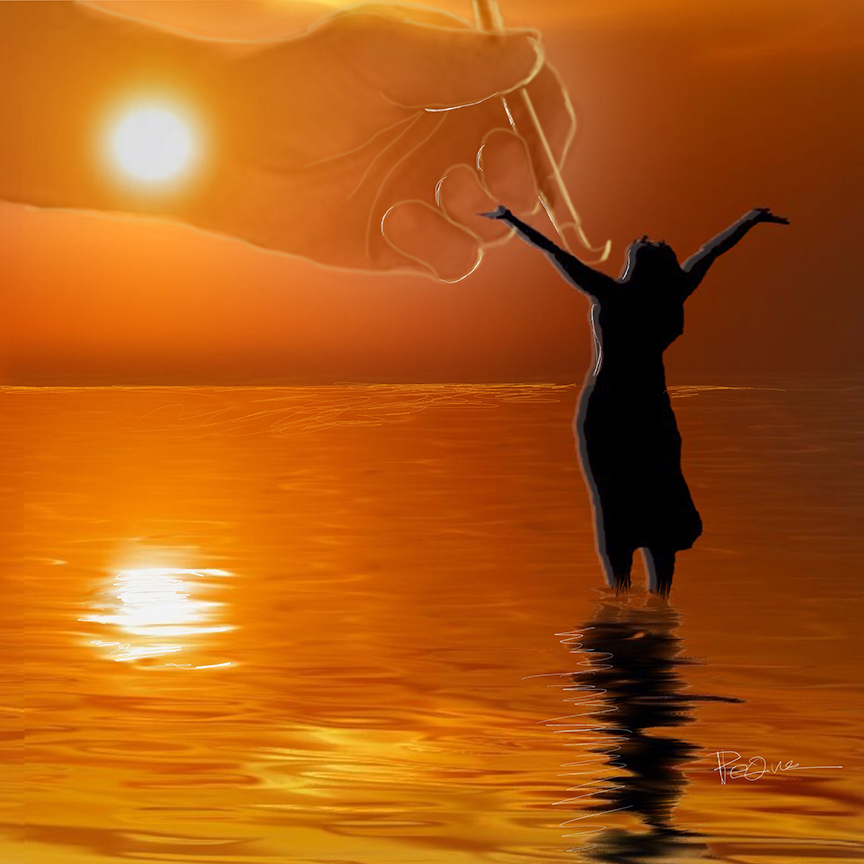 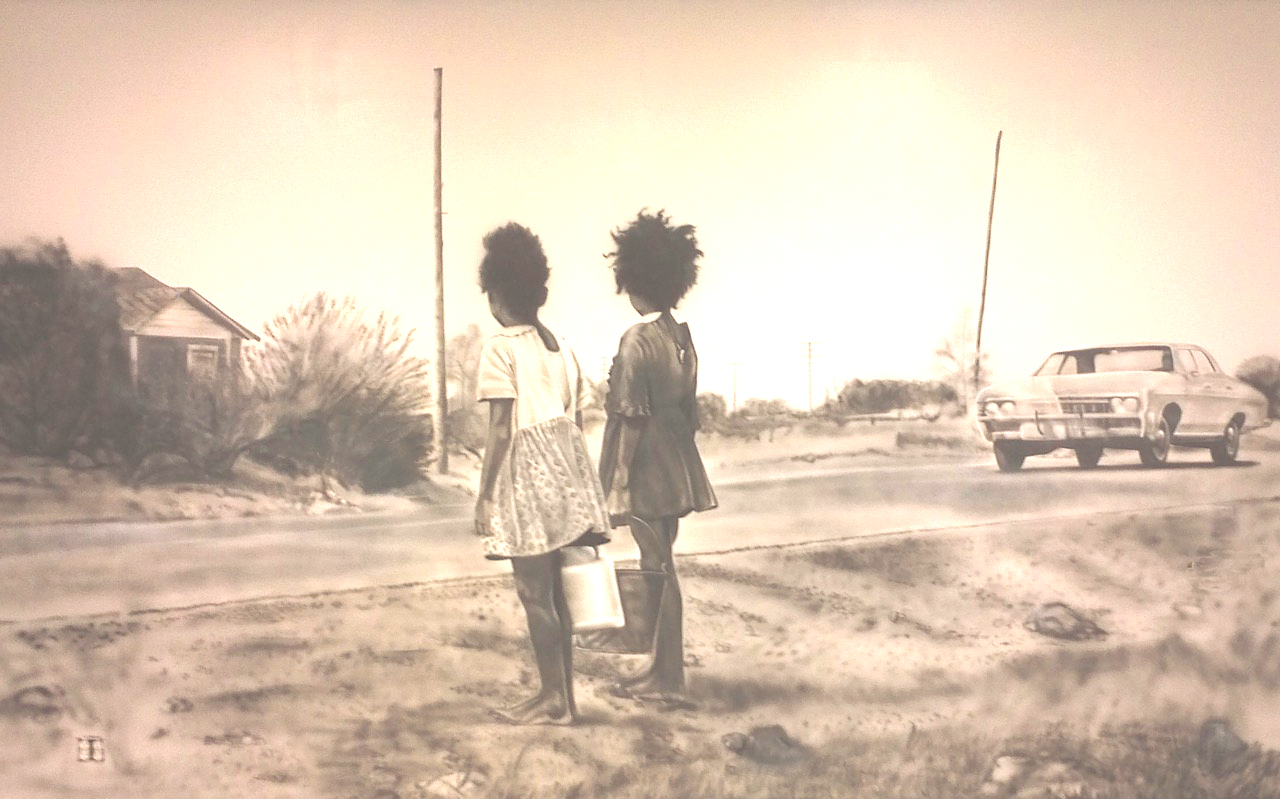 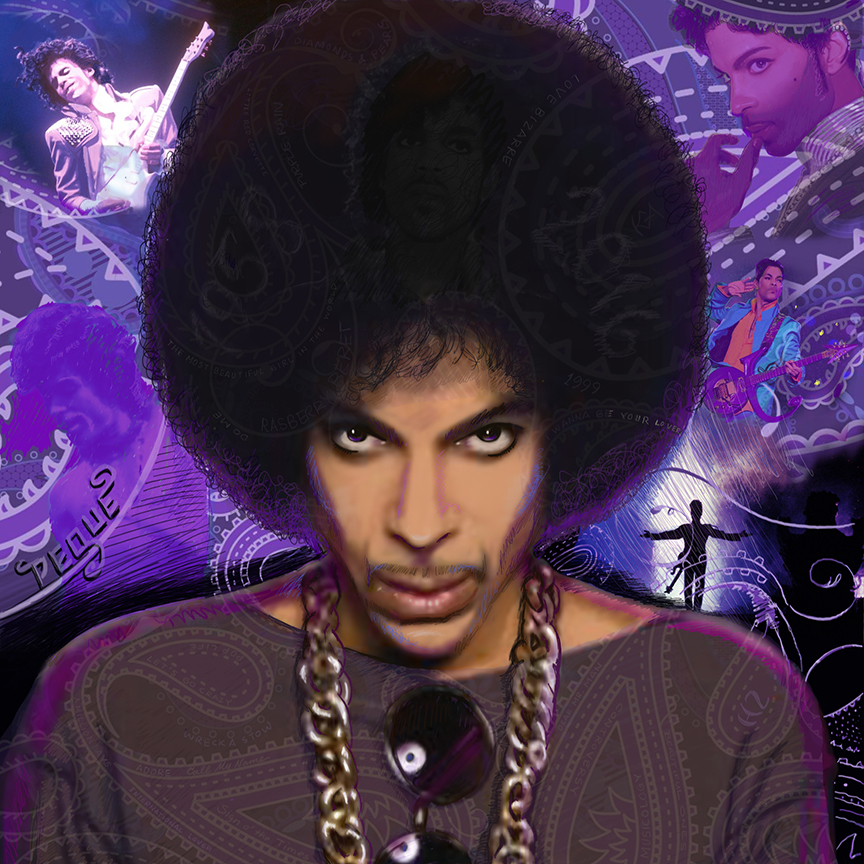