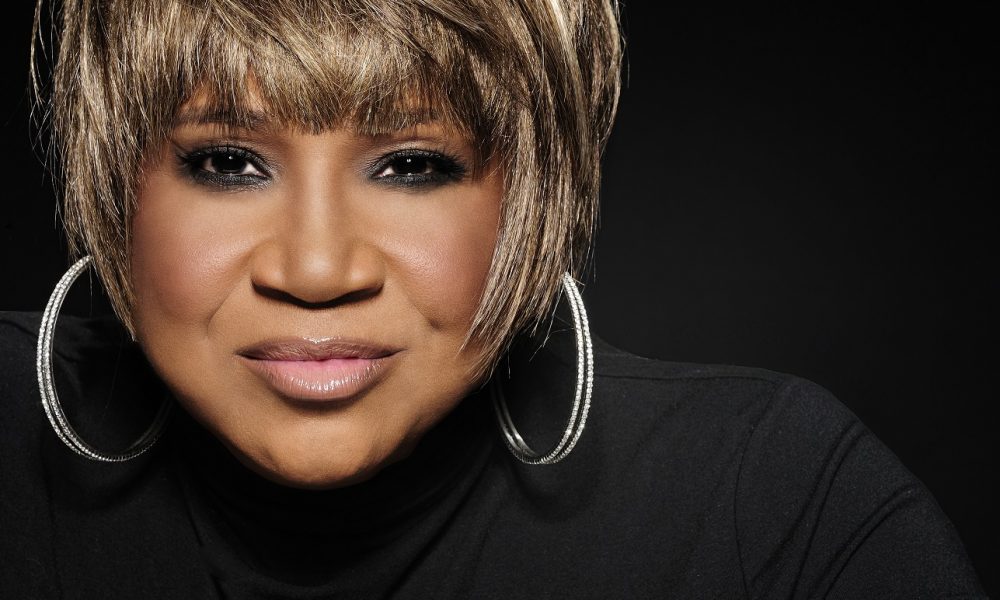 Today we’d like to introduce you to Pepper MaShay.

Thanks for sharing your story with us Pepper. So, let’s start at the beginning and we can move on from there.
I started singing professionally in 1973 when I did my first radio commercial for a waterbed company in Monterey, CA. From that job, I got a paying job singing as a background singer for a recording studio called Super Sound Studios located in Monterey. I was able to make a good living while my husband at the time worked at a small airport in the area. I was able to sing for a lot of Music Artists who were well established in the recording world. I got my first opportunity to be featured as a singer on an album for the Mark-Almond Band(British Artists), and Ken Corday, who at the time was wanting to write songs, but later had to take over his mother’s production company that produced “Days Of Our Lives”. He had me sing on 7 to 9 songs he’d written. I really liked doing his project. From there, I mainly sung for Singer- Songwriters in the area.

In 76, I was approached by the Studio to do my own record by the owners who in exchange wanted to have me help them promote the Studio to a broader audience. They came up with the idea to buy ad space in Billboard Magazine and place a record insert in between the pages. They allowed me to write and sing the song which was called “When You Got Love”. Somehow, a production assistant who worked for Billy Davis and Marilyn MCoo (of The Fifth Dimension) came through Monterey and somehow ended up at Super Sound Studios looking for a place to work on Billy and Marilyn’s new recordings. The head engineer at Super Sound played him some of the work I had done for other artists and he liked what he had heard.

I got a call from him saying that he wanted to talk with me about possibly signing with Billy and Marilyn’s new Production and Publishing Company. Billy and Marilyn were on the rise because of their winning a grammy for the song “You Don’t Have To A Star”. From that opportunity, They signed me, sent me and my guitar player to Las Vegas for performing experience and it set me upon a path to what I had always wanted to do which was to write songs and perform them under my own name. To this day, I’m one of the lucky ones who still has a career singing for others and myself. The artists I have sung for are truly amazing such as Tina Turner, Cher, Celine Dion, Michael Bolton, Mick Jagger, My friend Keb Mo, Tom Jones, Olivia Newton-John, Hugh Laurie, Bobby Caldwell and Dianne Warren.

In 2019, I have mainly been on the road going from city to city doing what is called Pride Festivals for the LGBTQ Community. I’m widely known to them as their Diva. My song “Dive In The Pool” was the theme to their first series about gay people called “Queer As Folk”. It brought a lot of attention to the community in the early 2000’s.

My song is listed as being the 2nd most profiled song under “Its Raining Men”. I took a break from the road after I got married to my wife Ellen. She showed me I could have a real family and still be able to do my road gigs. She goes everywhere with me and I must confess, it beats being out in strange cities all by yourself. I can’t believe I did it for 15 yrs alone. I’m so lucky to be loved by such a wonderful person and still have a career that I can share with her. It doesn’t look like I will have to give up my dream.

Overall, has it been relatively smooth? If not, what were some of the struggles along the way?
The road has had its ups and downs but I wouldn’t trade them in for nothing in this world. The experience in being able to sing by yourself and in groups of three or more have really given me the ability to be a Team Player. I can truly say my struggles early in my career were pretty much handled by my mother who was living with me at the time. Having children while in a pressurized career can be debilitating sometimes. My Mom was a blessing to me and my family. She was my rock and for that, I have a great relationship with my 2 sons Trey and Bryan. Unfortunately, my marriage didn’t survive but I was able to keep an amicable relationship with my ex-husband. It’s really awesome to know my greatest career movements happened after my divorce.

We’d love to hear more about your work.
JM Music Prods. revolves my Record Label Freckle Bandit Records, my Publishing Company Freckle Bandit Music and me as an artist. I have two personas known in the recording industry.

First as: Pepper MaShay-International Dance Music Diva, I handle all of my recordings through the production and publishing company. I distribute my music thru CDBABY.com.

I hire DJs who know production, to write songs with me.

My second persona is:

Sista Jean McClain-Blues Singer, I and with my guitar player Carlyle Barriteau, have an Acoustic/ Blues Duo partnership. We’ve released 2 CDs: Back To The Root and Requiem For A Heavyweight(Tribute To Odetta) on my record label Freckle Bandit Records. I also have a band called Sista Jeans Blues Machine. We play around the Angeles and South Bay Area.

As a recording artist under Pepper Mashay, I’m a five-time Top 10 Billboard charting artist with such songs as Dive In The Pool, and I Got My Pride,Lost Yo Mind,and You Stop Breakin My Heart etc. I”ve won the USA Songwriting Contest under the Electronica category 2x.

I won The 2012 South Bay Blues Association” Battle Of The Bands.

Sista Jean & CB placed Their song “Love Is Callin’ in 3rd place R&B category in the John Lennon Songwriting Contest in 2016. Their Song “All Wrapped Up For Xmas” will be on the USA Xmas Songwriting Compilation in Nov.2019.

Any shoutouts? Who else deserves credit in this story – who has played a meaningful role?
My Biggest Supporter is my wife Ellen Osborne.

She had me do an A One Woman Show called “Both Sides Now”.

I didn’t think I had it in me to do such a performance but I did it.

We performed it at the Barnsdall Theatre during MLK week in 2014. She goes to all of my shows around the USA, and doesn’t complain one bit.

I’ve been living a Blessed Life since we met at an Aids Benefit I was performing for in 2011. And we’ve not been separated since. I thought I would never get married again but I was wrong. I truly feel I’ve found my SoulMate.

My BFF For Life Is Charming Evelyn.

She has seen me grow in so many ways and I have a lot to be thankful for her being in my life. Not only does she encourage a lot of my ideas in what I want to do as an artist, She’s always a cheerleader when it comes to my music. Our friendship knows no limits.

She instilled in me to keep going even thru tough times when I felt I was all alone in what I wanted to do as a singer.

She kept pushing me by having me sing on her award-winning songs for whom she was writing for. I owe a lot to her kindness.

I thank Him for giving me an opportunity to sing with some of the great recording artists in the world. For at least 15 yrs. of working with him on his productions as a Background Singer, I truly can say he’s been very, very good to me. 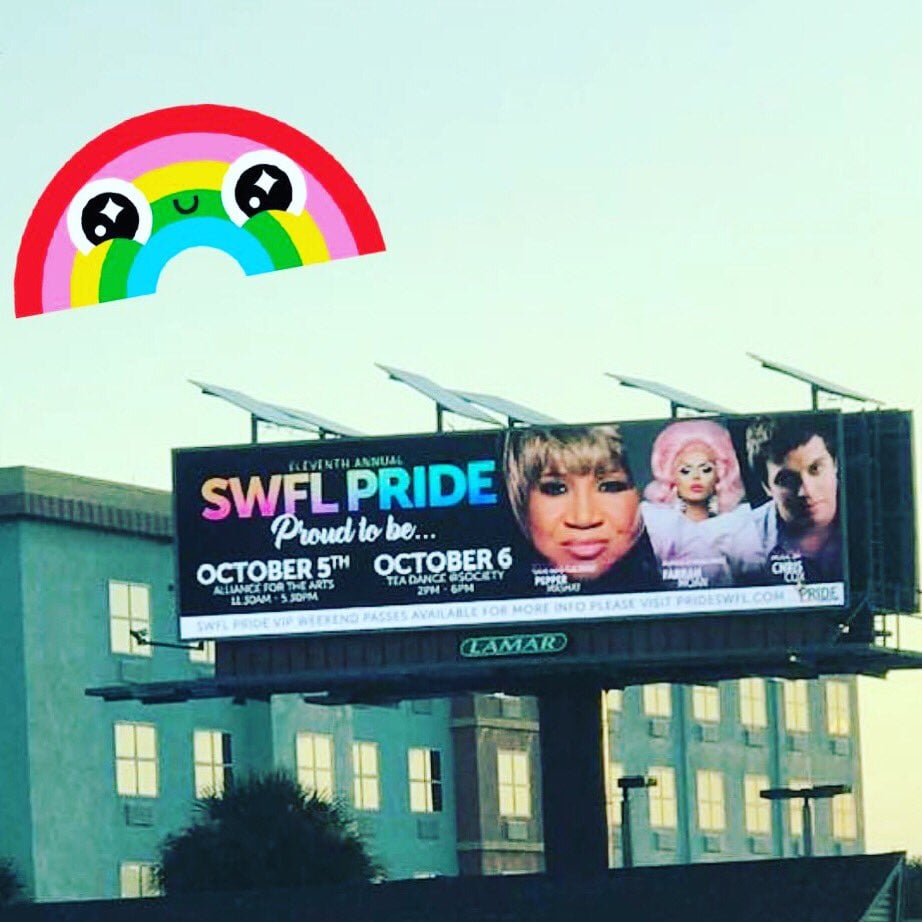