Today we’d like to introduce you to Pedro Asfora.

Pedro, before we jump into specific questions about your work, why don’t you give us some details about you and your story.
I began playing guitar ten years ago, in my hometown São Paulo, in Brazil. I was only ten years old when I convinced my dad to give me an electric guitar, after two years of inactivity with a student model acoustic. He agreed, but with the condition that I would study for six months before deciding if I wanted to keep it going or not.

I got a teacher’s number from a local music store, and he would become a very close family friend until way after I stopped my lessons with him. After a couple of years, he saw that I had more dedication than the average pre-teen boy and suggested to my father that if I pursued a college education down the road I could have the chance at actually being successful at this thing!

While I started to develop a talent, my father would sprinkle wisdoms and tips around my life that would permanently tattoo my mind, like “always do your best to be easy to work with”, “if possible, deliver more than is required”, and the big one: “Luck is when Opportunity meets Preparation”. Without these tips and his guidance, I wouldn’t have achieved half of what I have already. My mom has also always supported me, constantly asking about my interest to learn what excited me in order to be able to participate in my world. She has a different “love language” as my father does, but both of them complement each other very well. I’ve been very privileged to never have encountered hardships in terms of family support in relation to music being my life, and my gratefulness towards them is immeasurable.

After 5-6 years of being a musician, I’d already decided that the rest of my life would be dedicated to music. Along with playing in the band that I’d joined and gigging regularly around the São Paulo alternative scene, I began a long saga of going after a scholarship to Berklee College of Music. I completed their Five-Week Performance Program with a scholarship twice (2015 and 2017) in order to perform an audition at the end of it, but to no avail. The experiences, however, of living in a foreign country, playing with many different people and finally performing live both times at their 1200 seat concert hall, were incredible, and I have no regrets regarding that time in my life.

In 2018, I spent the year in a Preparatory Course directed to the Scholarship and auditioned again, still yielding no result. At that point, I aimed at being a session musician and mainly focusing my work in Gigs and Recording sessions. I knew I had what it took, but because of High School grades, I wasn’t awarded the money I needed to attend Berklee. It was one of the milestone periods in my life that I evolved the most, and I enjoyed every second of it. That year was amazing, but I knew it was only a rite of passage. I turned then to another option I’d considered before Musicians Institute. I applied and got awarded a scholarship to attend their Associate Of Arts program in Guitar, a 1.5-year course.

Eight months before classes began, in 2018, I moved to Belo Horizonte to work at one of the best recording studios in Brazil, Sonasterio. There, I was an intern and learned about the day-to-day life in a studio, as well as got the opportunity to record my own 3-song EP, Into The Dream, on the day of my birthday. You can watch the videos on my YouTube channel (look up Pedro Asfora on YouTube) or stream it on any platform you’d like.

Arriving at MI, I had to change to the one-year-long Certificate Program because of financial hardships, but I managed to graduate and continue on my OPT. My year in MI was the most incredible experience I’ve ever had. I learned with my idols, the absolute best people in the business and people that I looked up to as a kid. I discovered that I wouldn’t be fulfilled as a working session musician, and now the tools I’d developed to succeed in that area are what give me my advantage while working with different artists and searching into my own artistry. I played with over ten different artists over one year and did as many recording sessions as I could. Even though that wasn’t going to be my main thing, I definitely learned to love it.

Another thing that completely changed me was learning to live by my own rules. Being in another country without your family, you can really do whatever you want, and you alone will suffer the consequences. The importance of family and having that kind of support system was highlighted, as I went through different experiences that I’d never gone through and needed someone to give me advice. I made friends with people that have become my family away from home, and with them, the challenges of life, big or small, are nothing but temporary. Without these people, I have no doubt that I wouldn’t have been able to continue living in the USA until now.

My highlights from MI were playing for Stanley Clarke, Frank Gambale (Chick Corea, among others) and Stewart Copeland (The Police) and being awarded a scholarship by him, having graduated with honors from the Outstanding Player of the class award, playing onstage for Barry Squire (A&R that worked with Gun’s and Roses, Justin Bieber, etc), having lessons with Scott Henderson (Chick Corea, Tribal Tech), and meeting over five of my personal heroes over the course of a year, including Oz Noy and Mark Lettieri (Erykah Badu, Snarky Puppy). What a year!

Currently, I’m in my OPT working with as many people as I can, gigging and recording with great artists and developing what might just be my next album. In the next six months, I intend on forming my own band and playing music that I’ve written around the US.

Has it been a smooth road?
The big struggle has always been self-doubt. The music industry is filled with “No’s”, and not many “Yes’s”. I’ve been extremely lucky to meet extraordinary musicians, but personally, I’ve had to overcome comparing myself to those better than me in a negative way.

It creates strength in you when you realize that every musician that is better than you is merely an opportunity to find something in yourself to improve. It’s not a competition, people can listen and enjoy more than one artist at a time. No one cares that he/she can play cleaner, faster or funkier than you. It takes a lot to be able to let go of the necessity of satisfying your ego by knowing that you’re better than everyone else because it’s just a lie.

After getting about 5-6 “No’s” from Berklee, I started having doubts if I should’ve applied in the first place. The audition process for Musicians Institute was easier for me, so I thought of it as the easy way out. In the end, I know I would have never been as satisfied in Berklee as I am now in LA.

I’m not a particularly spiritual or religious person, but I do believe that whatever happens, we can make the best out of that situation. I did everything I could to make LA my home, and now I love where I live, I love my gigs, I love my friends and I think everyday about how Lucky I am to live the life I do.

Can you give our readers some background on your music?
I am, artistically, a fusion guitar player. I specialize in jazz, funk, blues, and progressive rock (not to be confused with progressive metal! No 7 string guitars here 😉 ). I can say with some security that that in itself sets me apart from other guitarists since I like to be open to many different stylistical choices for a certain part. I do have an advanced level of technical ability on my instrument that I know I can rely on when the time comes. I’ve also been super happy to hear that my playing is recognizable enough to the point where someone can identify me in a recording without being told I’m the one playing.

During my time in MI, I’ve been fortunate enough to work with many people, and I don’t believe it’s my place to say what I’m known for, but the feedback that I’ve gotten is that I am easy to work with, I get things done in rehearsal and I do have a good professional work ethic. I work hard to isolate the role I’ve been hired/called to do, and unless I’m asked, I do everything I can within the confines of my purpose. For example, if someone hired me to be the guitarist, I won’t start acting like the Musical Director unless it is asked of me, which has happened before.

Sometimes the artist doesn’t realize they need a second person in charge to keep the logistics of the band in check while giving him/her the freedom to do what he/she feels like the music needs. An MD also acts like a translator many times, transforming the sometimes quite vague or “ethereal” definitions of the artist into instrument parts or arrangements. In that case, it’s part of the gig!

Is our city a good place to do what you do?
Los Angeles is an amazing place to work. There is no shortage of artists of all kinds, which may indicate that it won’t be easy, but as long as you know your definition of success and what you need to do to get there, there is nothing you won’t be able to do here.

I would definitely not recommend someone to move out here to start out, but if they are already here, it can be an advantage. If you are beginning to learn your craft, focus on it as much as possible until you feel the need to go somewhere more expansive. The sheer size and amount of everything here can be stifling, so I feel like one needs to have a good grip on him/herself to be able to productively get stuff done in LA without being overwhelmed.

I don’t feel like Los Angeles should change, though. If there is anything that I learned from the new series of Star Wars movies from Disney, it’s how to take something for what it is, instead of wishing for a change that won’t happen! LA will be LA, and if you can’t handle it, go back, get ready, thicken your skin, and come back ready to fight for yourself! If it’s just not what you imagined and you feel somewhere else is the right environment, go for that then. Don’t get caught up in the thought that “because it’s been here for everyone else I have to be here too”. Different people have different places in life, respect your own! 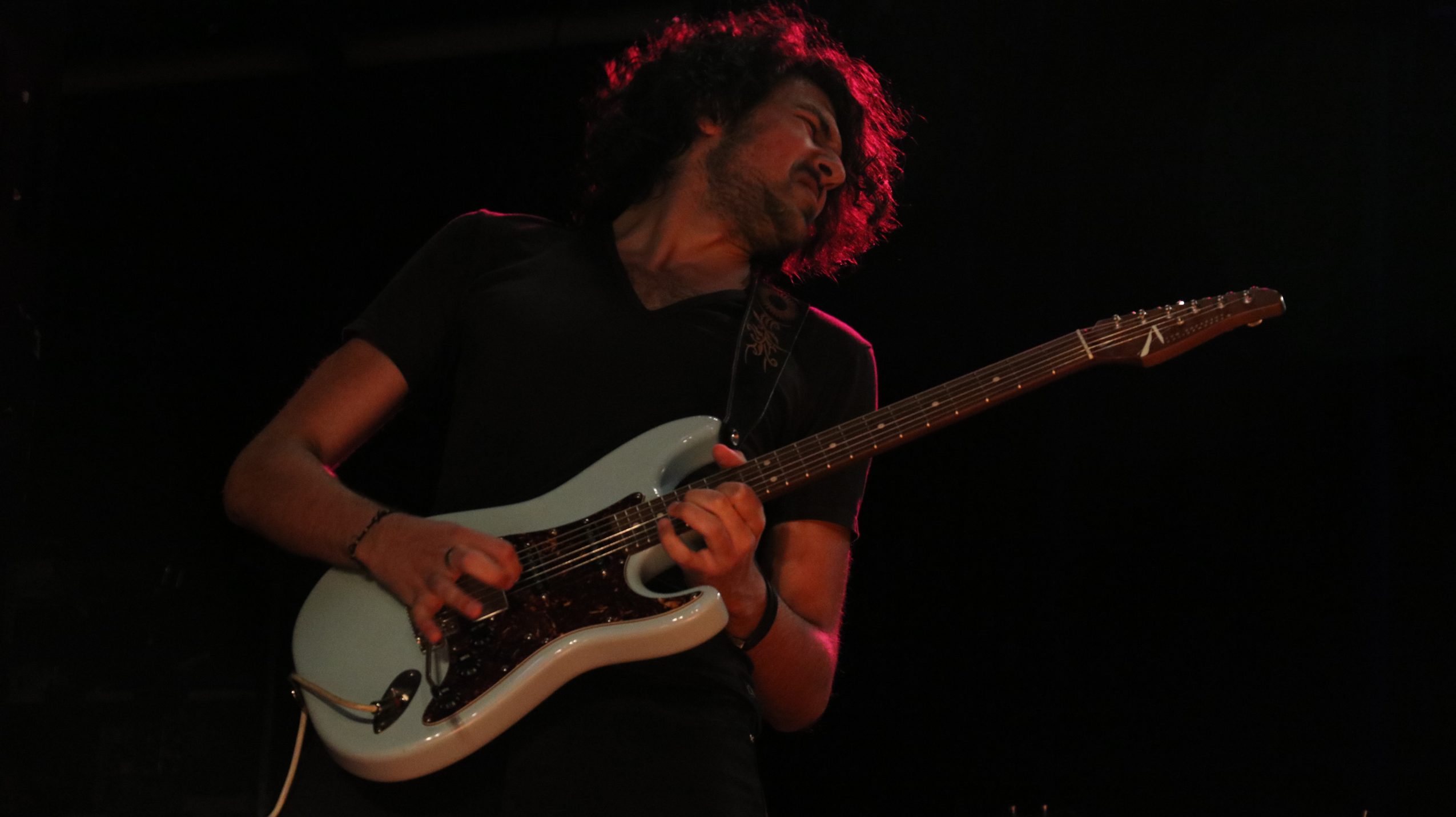 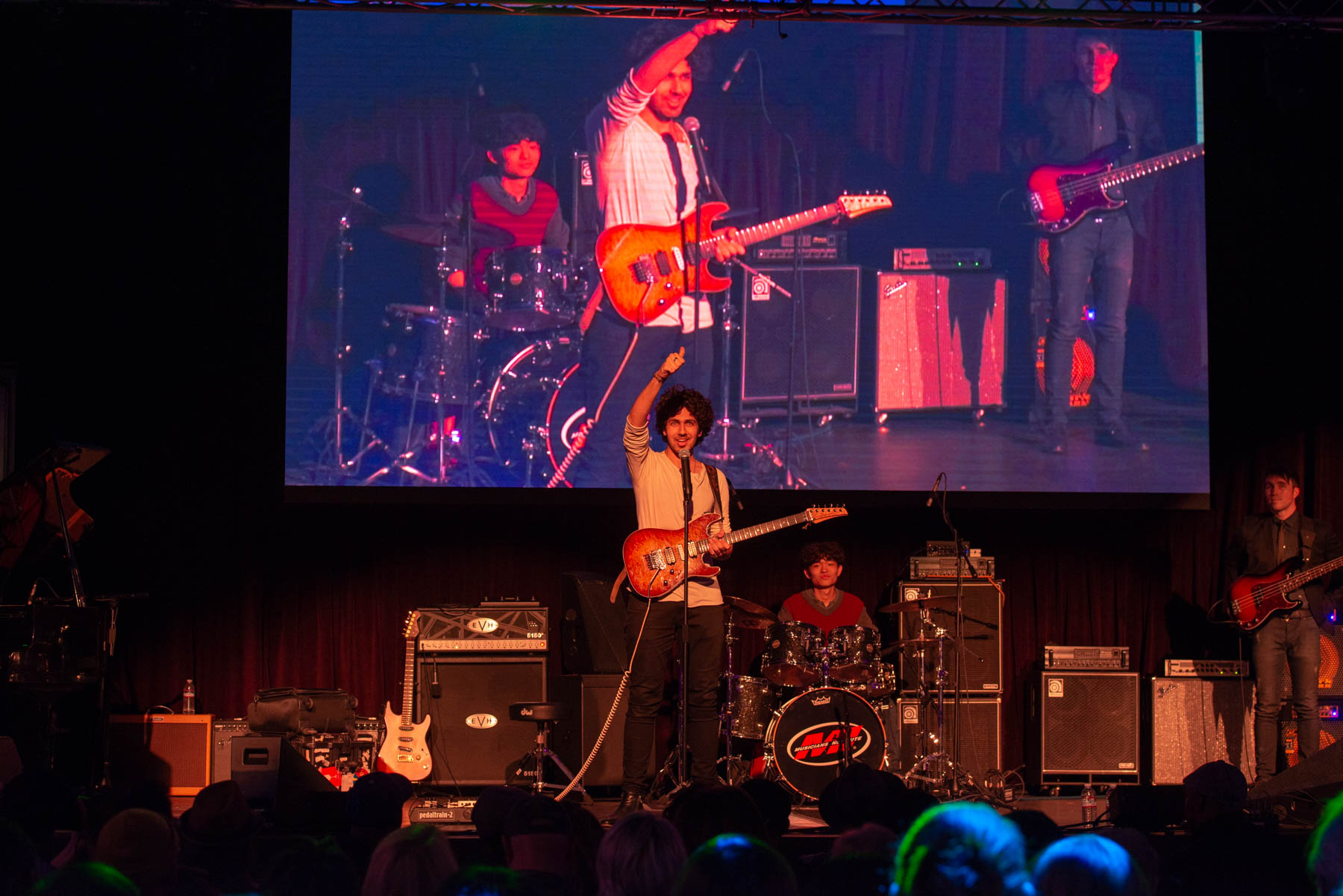 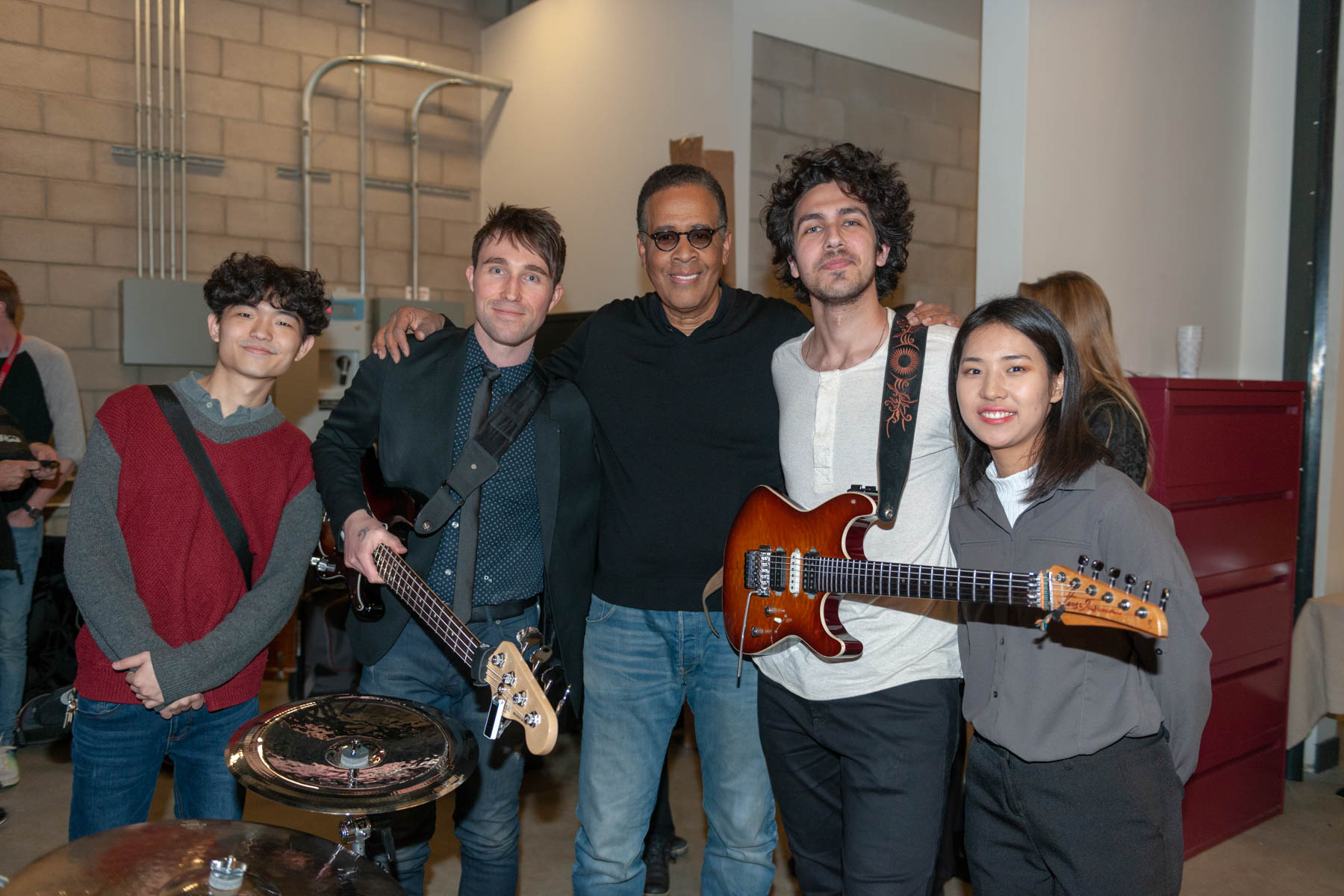 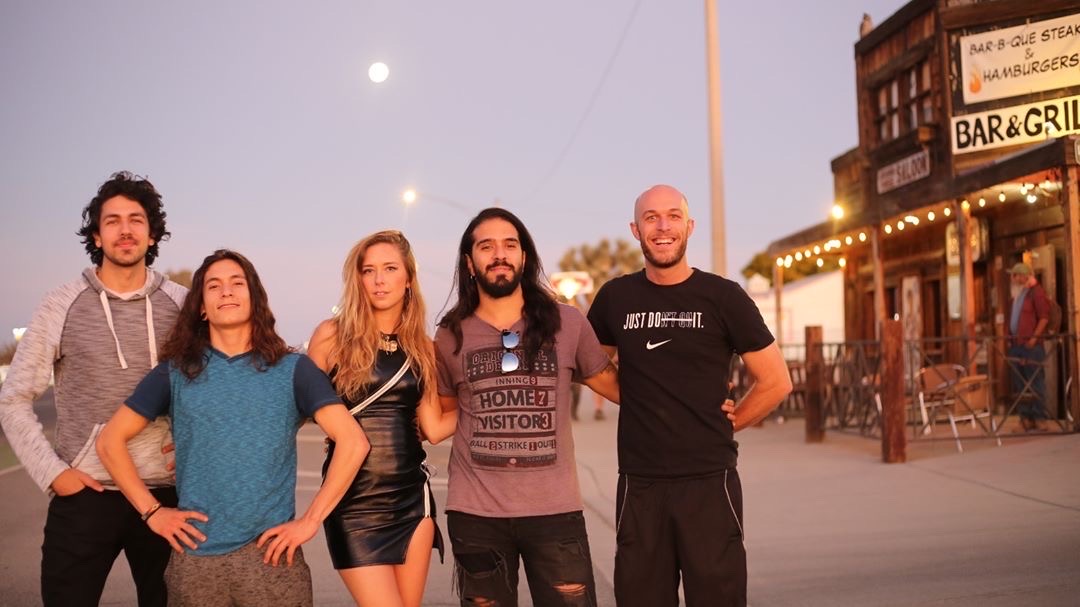 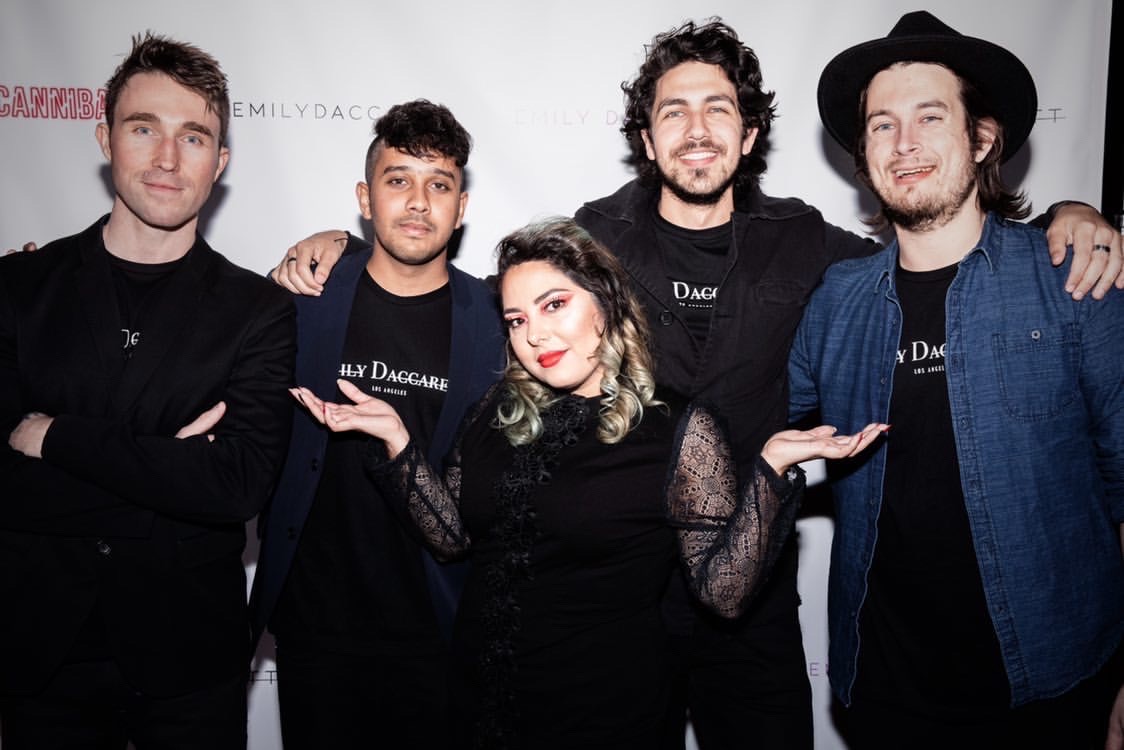 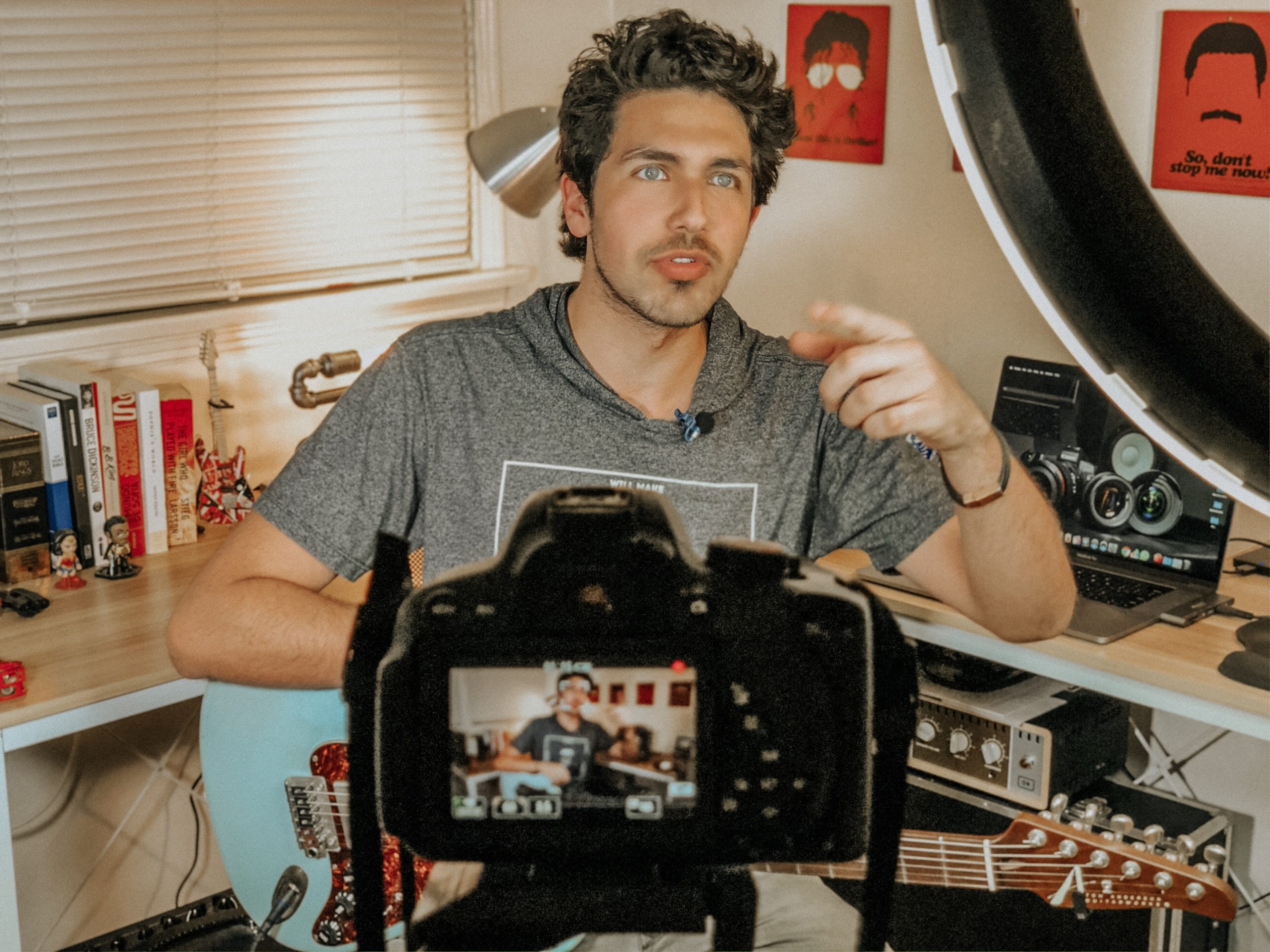 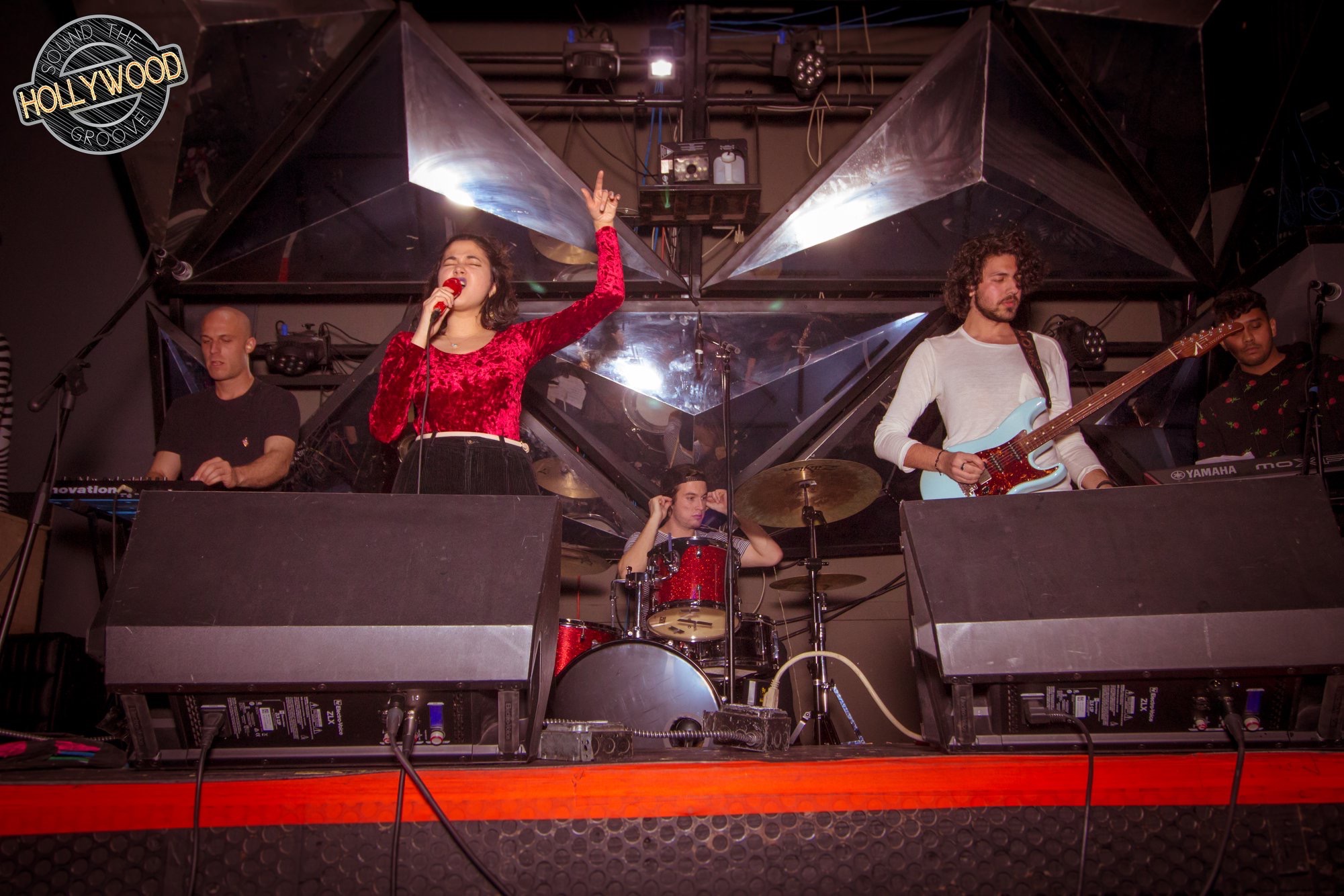