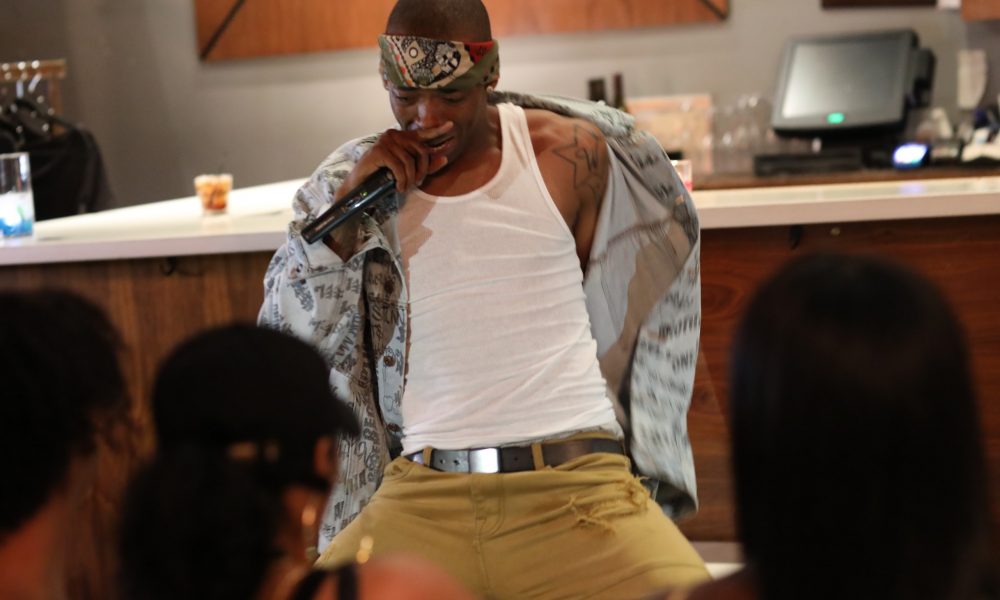 Today we’d like to introduce you to PC Babyy.

PC, let’s start with your story. We’d love to hear how you got started and how the journey has been so far.
Born and raised in the rough streets of South Central Los Angeles, Artist, Actor, Model & Songwriter PC Babyy, has made his mark on stage and wants to continue to apply pressure on the Hollywood Music Industry. From appearing at the biggest events in Hollywood to performing in front thousands, PC Babyy isn’t new to the game. Starting his music career fresh out of Highschool in 2009, PC never thought he’d be apart of such an entertaining and energetic hip-hop group that would change his life, a group called “One2Much”.

Managed and produced by The Chemist of CVP (Chemist Valor Productions) a former Chicago native, who had seen nothing but stardom in the young boy band’s future. The group O2M for short consists of PC Babyy, Tkay the Great, and Young Retro. After their very first performance in Hollywood, the world could see the spark in O2M. This led to numerous shows, appearances, radio interviews, school tours, parties and charity events around the Westcoast region. Known for their hit singles “Like Duhh” & “Ride the Boogie” and series of unique synchronized dance styles, this group was the talk of the town!

Losing a member, young Retro due to college, put the group in a brief standstill moment however, PC and Tkay knew they had to keep grinding and needed a new member quick. After a hosting of casting calls, Chemist found the artist who’d fit the group like none other, Yung Male. Blazing over 1000 shows and creating over a 200,000 buzzing fan base online at what use to be www.one2much.com. PC Babyy and the guys were ready to take things to the next level. After diving into thousands of emails, and recommendations, Chemist noticed an email from the offices of RNB sensation H-Town, a well-known group from Houston, Texas.

From there on, the group One2Much would have a taste of the limelight. Landing their first big-time tour with RnB groups Dru Hill and H-Town, the group knew this was where they wanted to be. With the respect of a few legends on their side, the deal had been sealed, O2M was headed for a 10 city tour called “The Friends and Unity Tour” with Pretty Ricky. ”I must say, my favorite memorable performance was in Bakersfield, Ca at The Fox Theatre. Look, when your group gets called out for an encore performance over the headliner, I knew music and entertainment was something that was going to change my life forever.” says PC Babyy.

Being signed to a third party label for two years (2010-2012), was something I’d never regret. It brushed me into who I am today. However, after all the fame and stardom the group found themselves broke. It was like what happened to New Edition all over again. With the effects of life and not meeting eye to eye with contract renewals, by the start of the year 2013, the group One2Much had broken up and moved toward their own musical paths.

Now, who would’ve known a regular Saturday visit to the Barber Shop, would be the spark of a whole new adventure for the former lead member of One2Much. There is where PC Babyy and producer Nate B met for the first time. With the experience of PC and hunger of Nate B, the guys came together and created a mixtape called “Loyal 2 the Crown” which would consist of multiple producers, but none would out beat the sounds of Nate B Music. Leading the 13 track mixtape was a single that got PC Babyy’s name back buzzing, but now as a solo artist. That track is called “I Love My City” released in 2014.

In today’s news, PC Babyy has become a true native of the culture. With his modeling and acting career-launching this year, you can catch this amazing artist on today’s The Tammi Mac Show on Fox, episodes on E! Channel, and the hood independent film 7th & Westlake. “Becoming a Male Model was something that just sprung upon myself”, says PC. He believes music, acting, and modeling all have similar traits that can be useful with one another. “Modeling has helped me meet some amazing designers and brands such as Cancer Diva, Burble Cloth Pipe Dreams Apparel and La Fitted Apparel.

Thankfully, I now represent these brands as their official Brand Ambassador, ayyee now you know what I’m rocking at my next show”, says PC Babyy. However, what made the artist respect the craft in modeling more than before, was at his first official encounter with Events Coordinator Edna CEO of Trend Fashion Show, in Los Angeles at her very first Runway Fashion Show. “Edna, pretty much helped sparked my modeling career, little does she know and is now a life long friend who I admire and respect dearly,” says PC Babyy.

Releasing his new single “No Worries” from his upcoming project “Balance” dropping 2020, this artist is on the rise. Be sure to catch PC Babyy and Nate B Music, coming with more exclusive interviews, appearances, music, and soon to be films. Being well polished Artist, Actor, Model and Brand Ambassador of multiple brands, (also in the cannabis industry for MMD shops) this hungry artist has his hands in everything. Spreading positive vibes across the world, PC Babyy looks to make a huge impact on today’s entertainment industry.

Overall, has it been relatively smooth? If not, what were some of the struggles along the way?
Coming where I come from, every day can be a struggle if you let it. Being a solo artist hasn’t been easy. Especially when your use to having everything you needed such as a recording studio, and other networking tools. Being a father of two also can have its effects on life, however, the hunger pain to be successful grows more and more every day. Having faith in the man above has opened doors for me I’d never thought would open.

Please tell us more about your work. What do you guys do? What do you specialize in? What sets you apart from competition?
The label I represent is known as, Nate B Music. Established in 2014 by producer Nate B, the company consists of three main artists by the names of PC Babyy, Tkay the Great, Jay Boogie, and Nate B being the beat maker. We specialize in songwriting, studio recording, original beat making, and grinding hard!

Nate B Music is known for packing out venues, big clouds of smoke, energetic performances, and a whole lot of amazing music. As a company we are most proud of the loyalty and brotherhood made amongst each other. Teamwork makes the dream work, SQUAD UP! We are pleased to be able to spread our creative projects with the world.

What set us apart as a company, we let every artist be there own. There isn’t a bad idea, no idea is the only bad one. Nate B Music is the new age of South Central excellence.

If you had to go back in time and start over, would you have done anything differently?
I don’t regret anything from the past, it shaped me into who I am, a true believer of everything happens for reason.

But if I had no choice but to start over, I would be more focused on the business aspects of music back then, rather than being the popular broke artist. 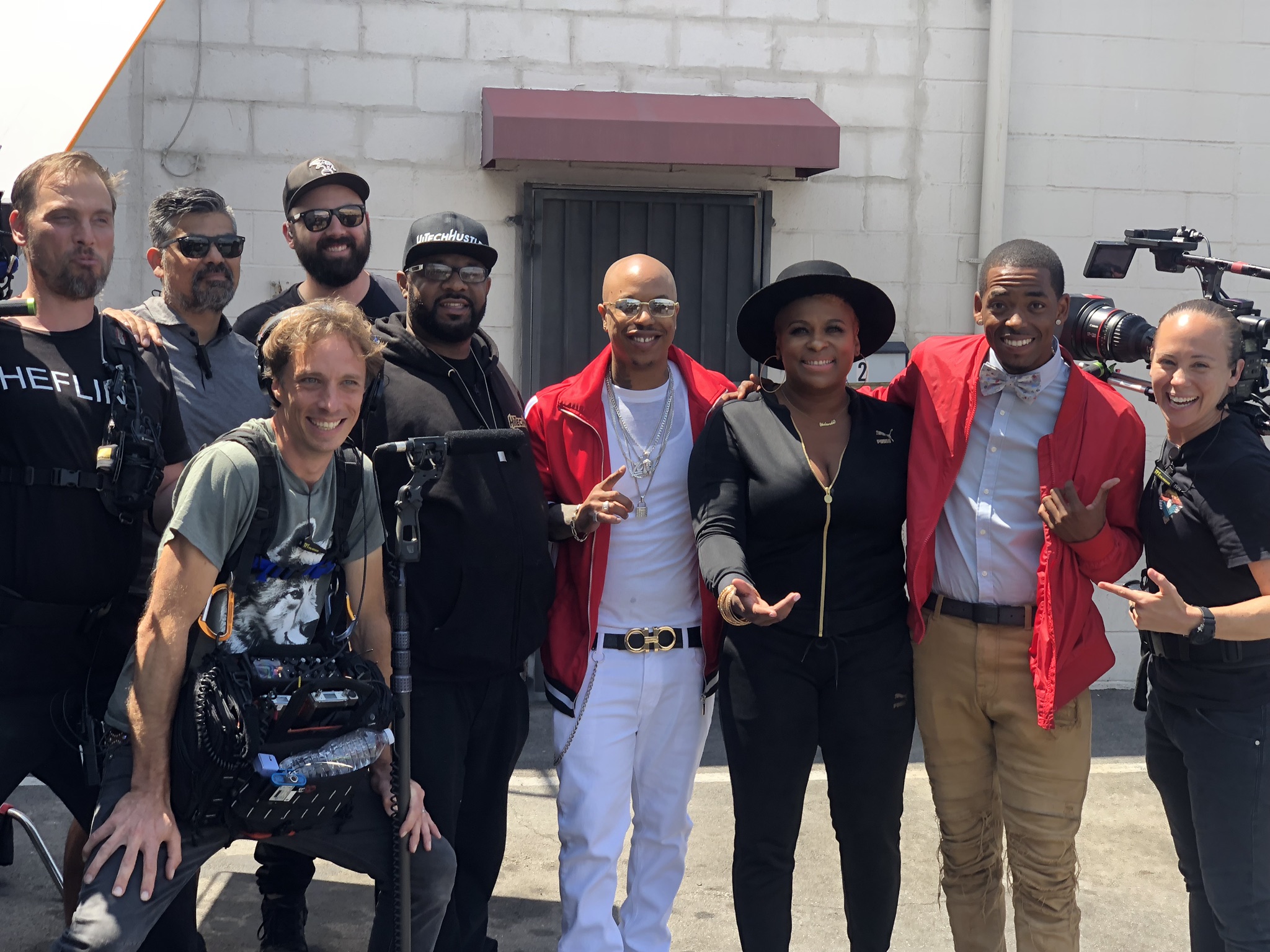 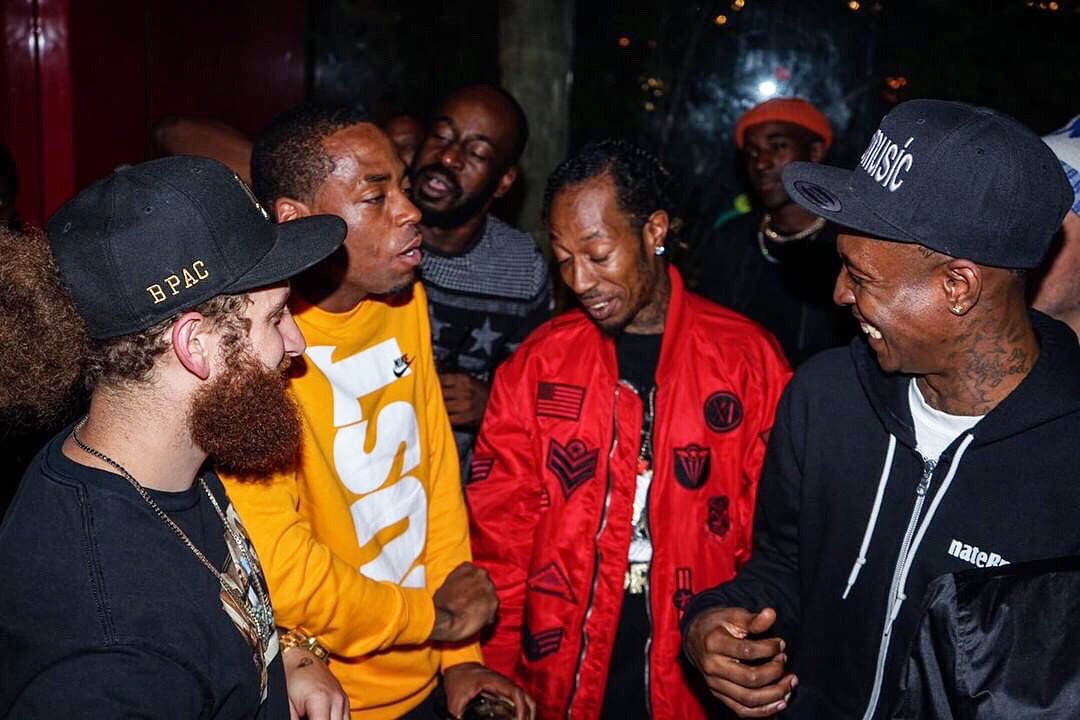 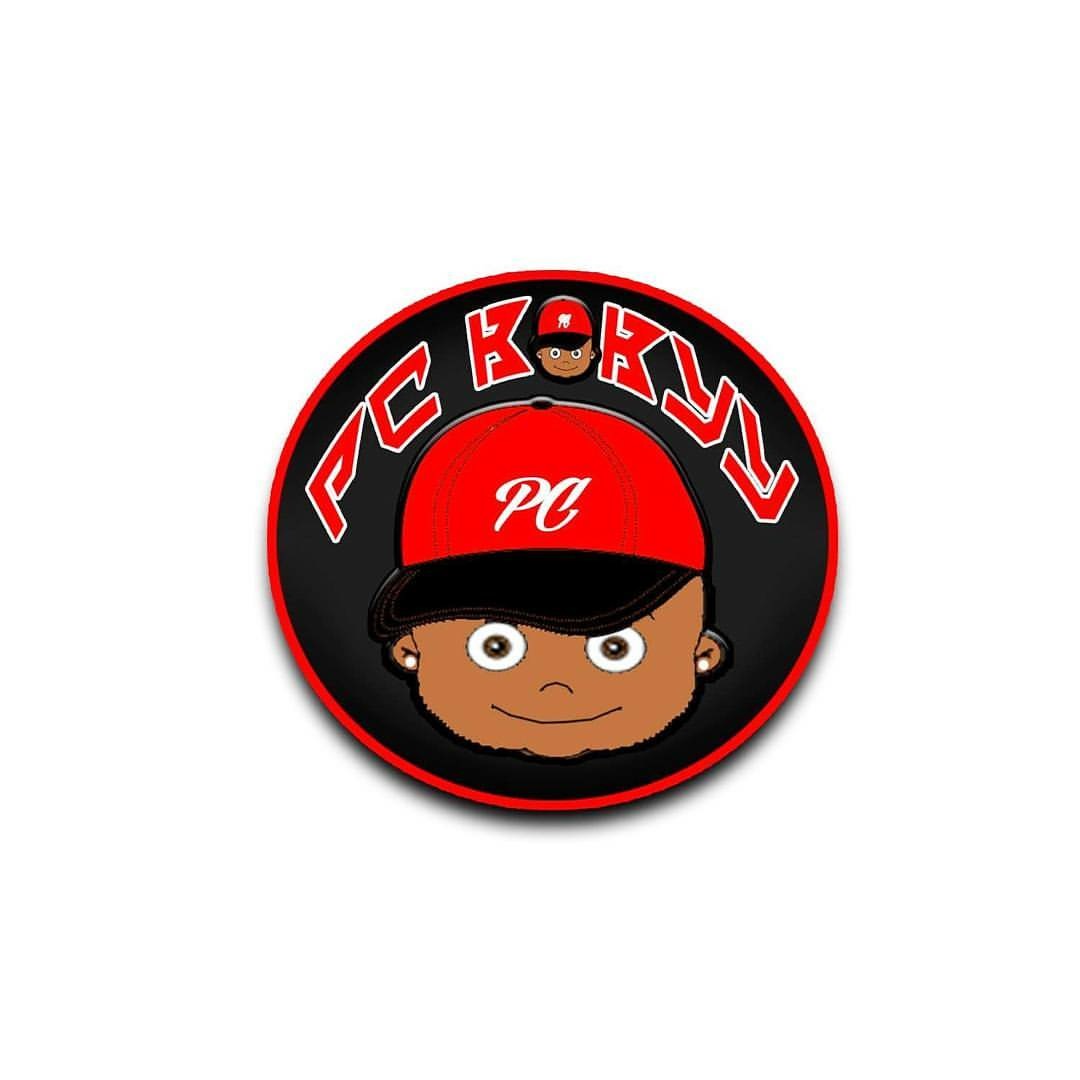 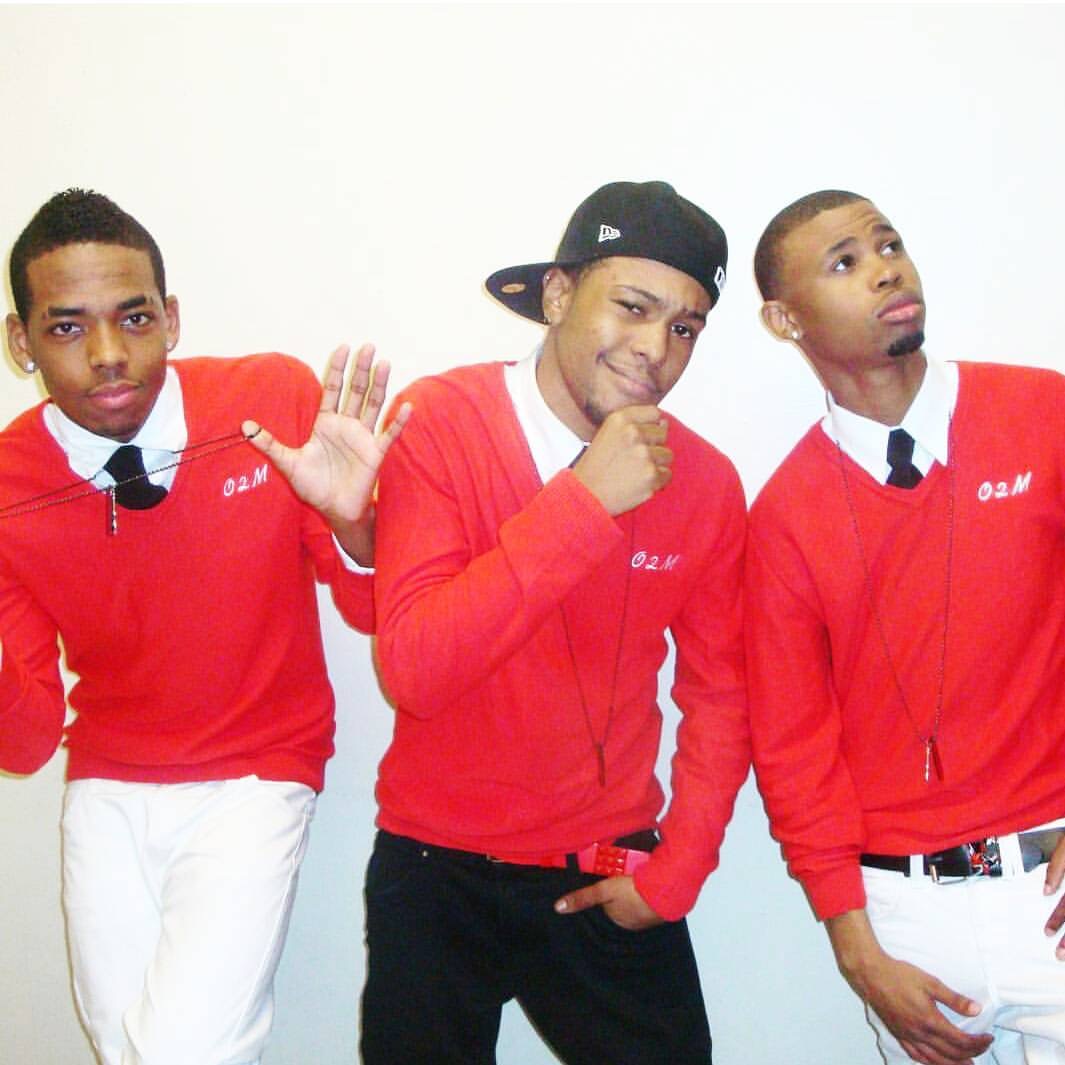 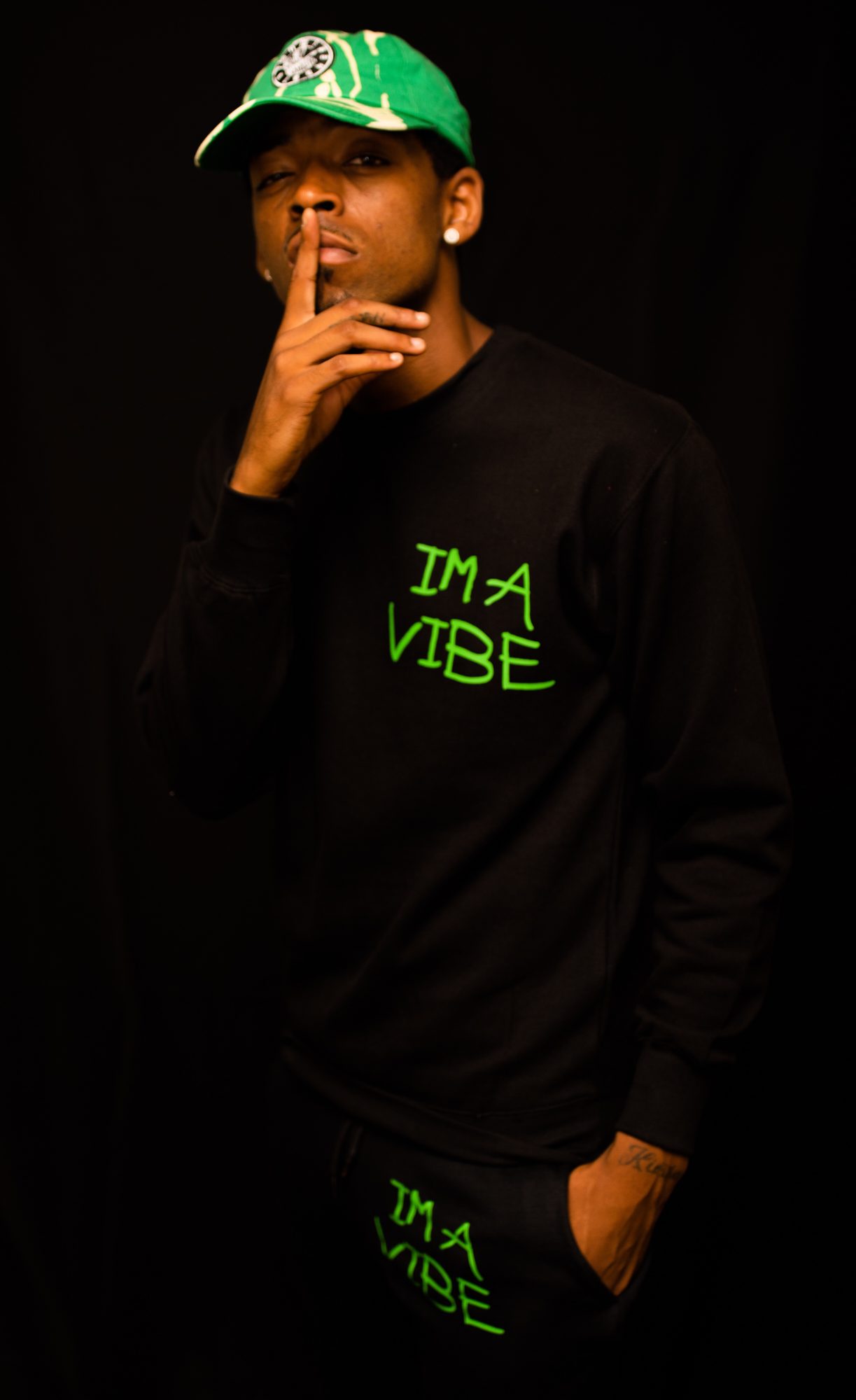 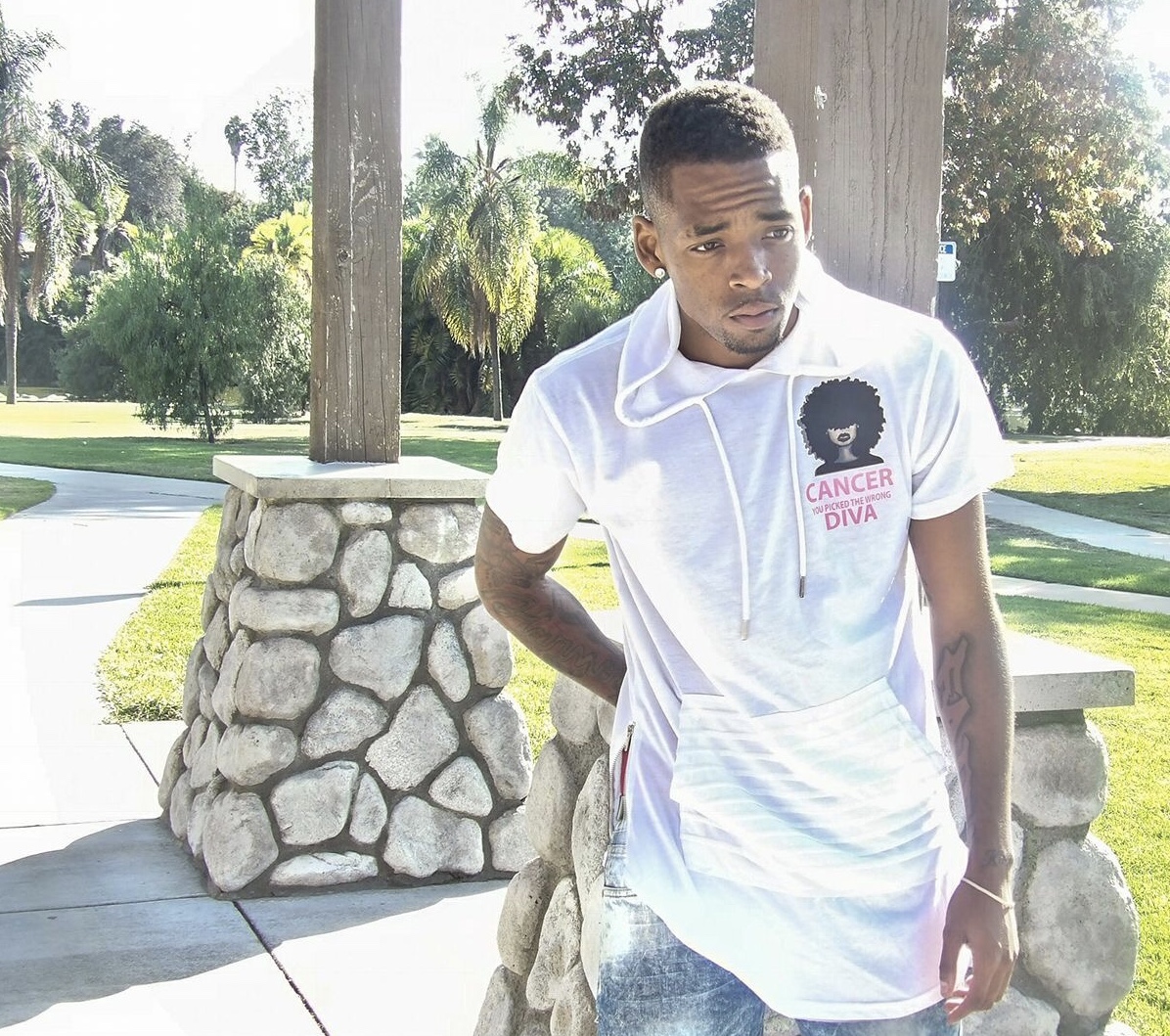 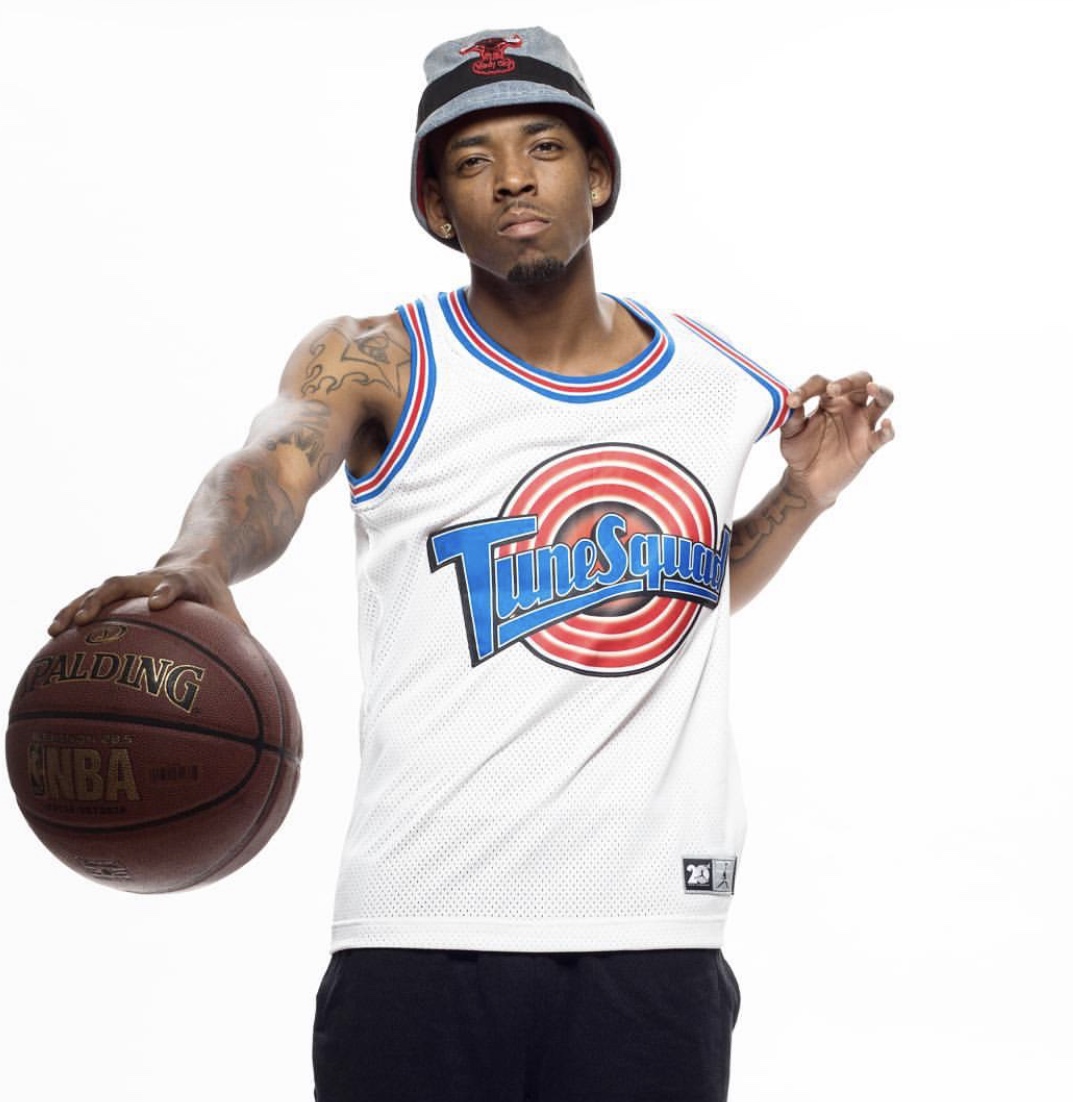 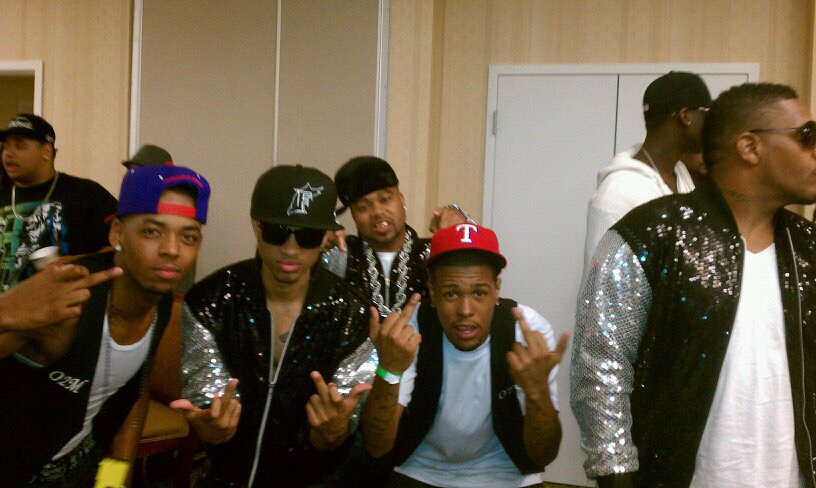 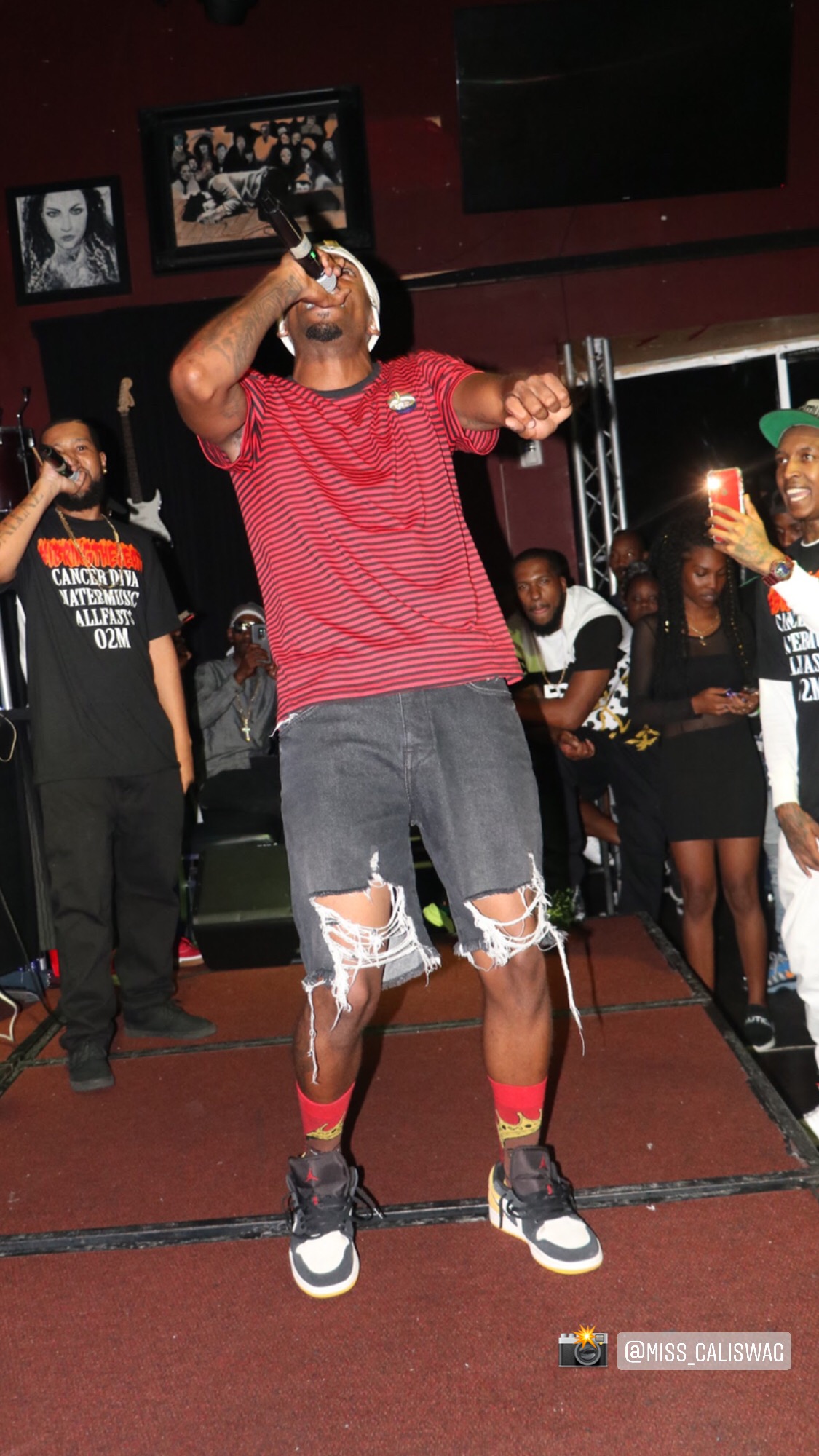 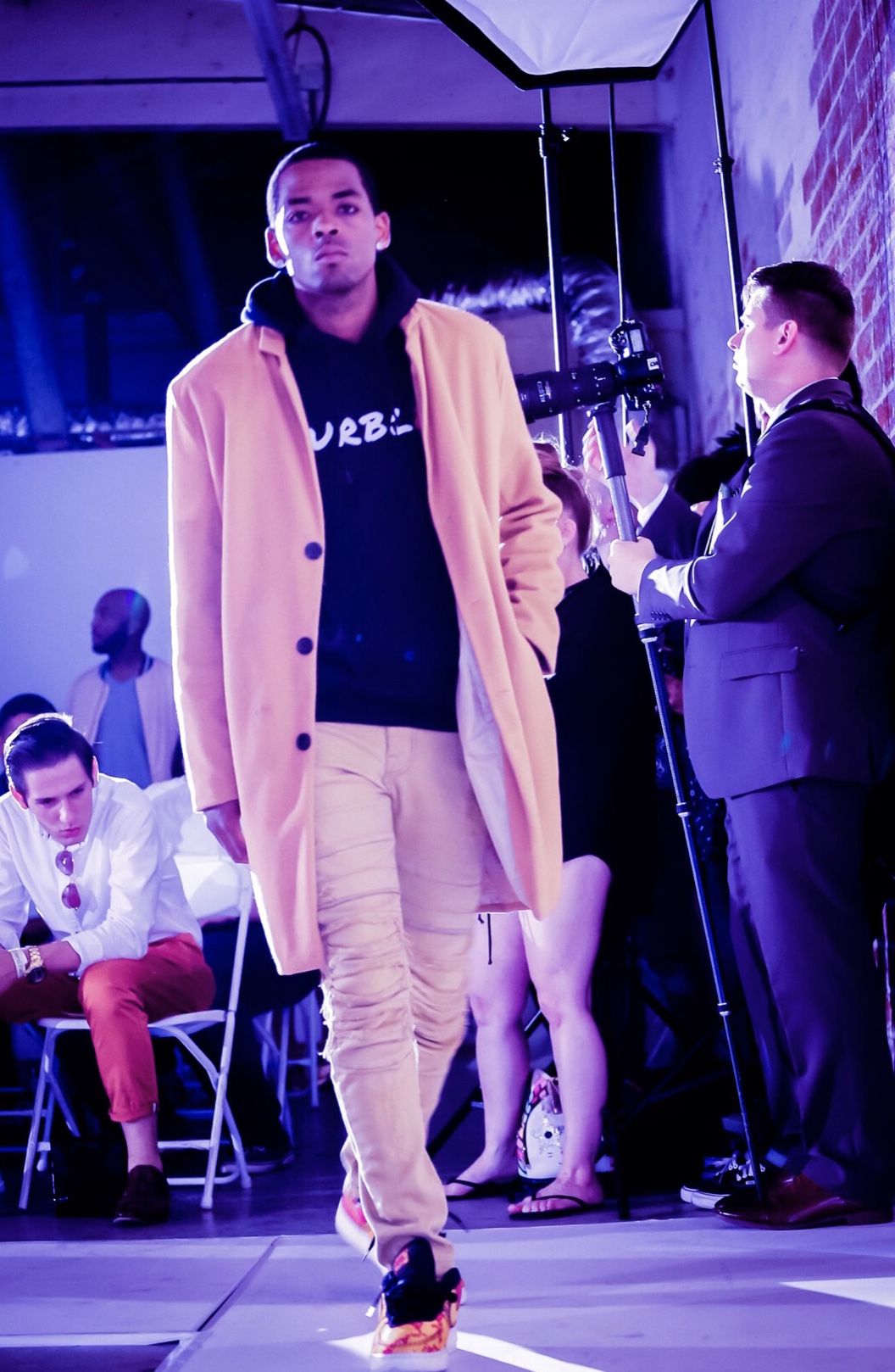 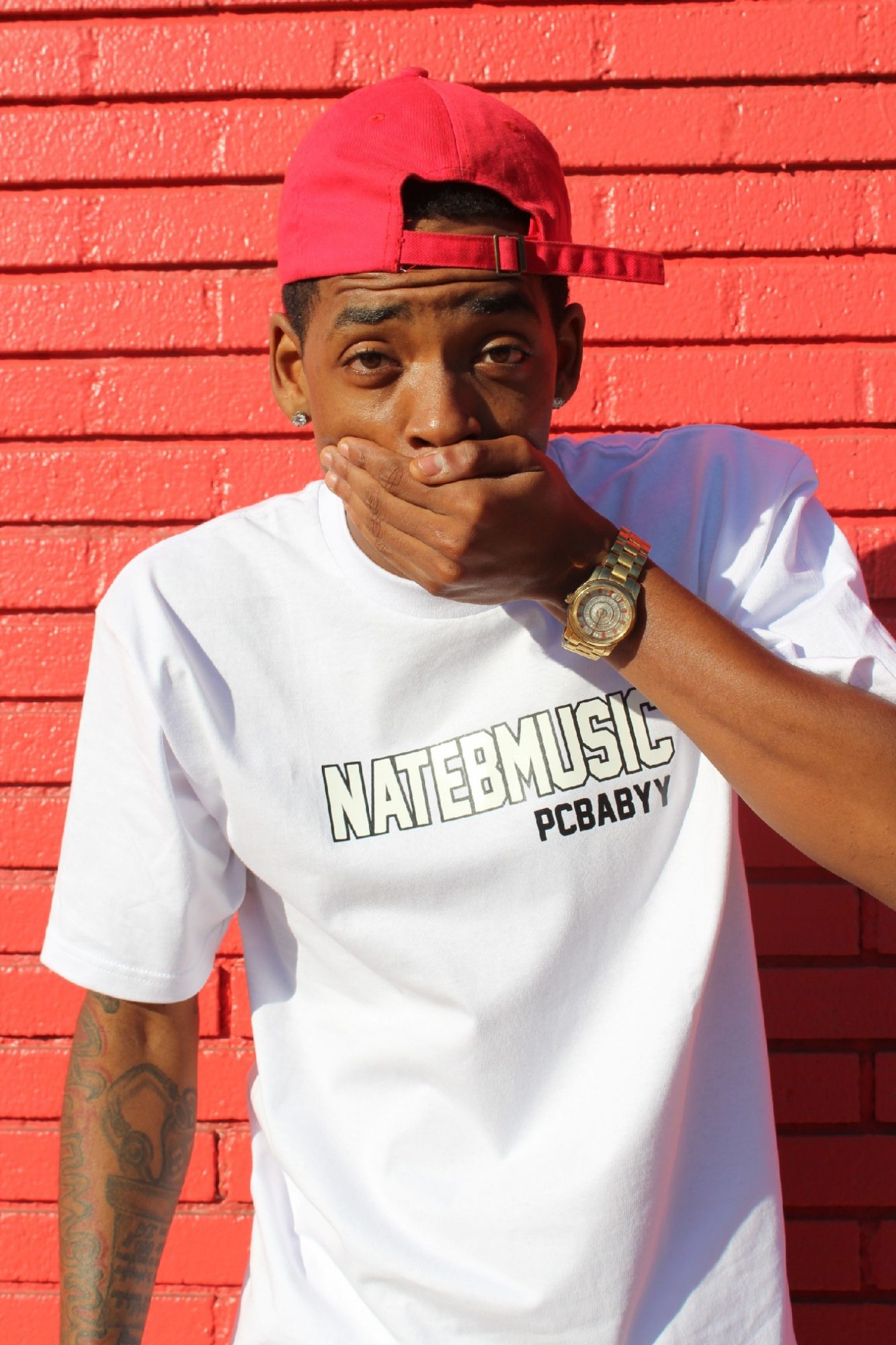