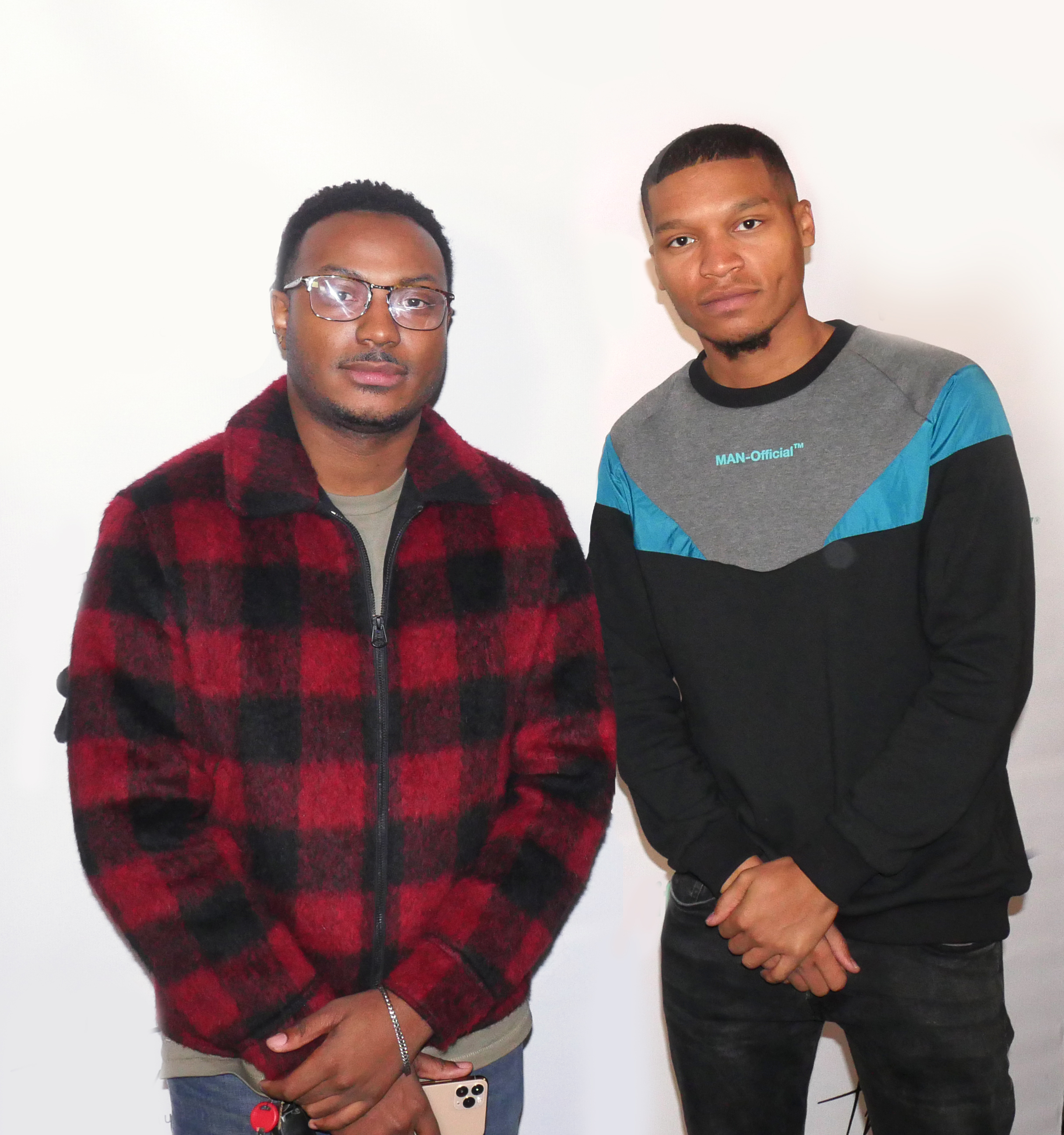 Today we’d like to introduce you to Pavy & Thomas “TPJ” Price .

So, before we jump into specific questions, why don’t you give us some details about you and your story.
Pavy: It’s honestly shocking to me sometimes. Maybe, my partner, TPJ had the vision all along but for me honestly, it was all about fun. We started our Podcast “Hoops N Brews” after the 2016 NBA playoffs. Me & TPJ watched thee entire playoffs in his studio apartment & would just drink and argue about the games or basketball in general for hours. One day, I told him “Yo, this is too funny. We have to record this”. So at the start of the 2017 season we started our podcast. Then one-day TPJ said, “Let’s do a video version”. Ever since then, the rest is history. Eventually, we got picked up by a 2 million subscriber YouTube channel. It didn’t have 2 million at the time but we were for sure part of the channel’s growth to be the biggest basketball highlight channel on YouTube. We used that to leverage covering the Los Angeles Clippers were they were gracious enough to let us do. Then once we started seeing actual money come in we decided to actually make it a business & take it a little more seriously & here we are today. Still growing, not even at the halfway point of all that we want to do but I’d say that we’ve come a long way since that day in TPJ’s apartment.

My personal story: I’m the oldest of four to a single mom from the southside of Chicago. My mother was a school teacher, which inspired me to want to help others learn. From an early age I always had a passion for filmmaking and creating visual things. I went to the Illinois Institute of Art where I studied film. During that time, I met my business partner, Pavy, and we began working on music videos for his music releases. Pavy was always the one rapper that I worked with that was always consistent with his work ethic and business. Over time we became friends and I convinced him and his manager (who I’ve known since I was 14) to move to Los Angeles.

I after graduating college moved to Los Angeles to pursue my dreams as a filmmaker and entertainment mogul. I worked at Fullscreen for 5+ years and I’ve spent the last 8+ years in Los Angeles consulting with entertainment companies, producing content and managing hundreds of digital and traditional talents. While at Fullscreen in 2017, I managed Richard “Richie Loco” Nevels, and was apart of his landing the role on HBO’s Insecure, which is an Emmy and Golden Globe nominated show.

During this time, Pavy, his manager and I lived in the same building, which lead to a lot of collaboration. One day Pavy came to me and asked if I was interested in starting a podcast with him. I asked him the name. He replied, “Hoops & Brews. We can talk about basketball and drink beer/review them while we do it.”

After that, Pavy and I began uploading our clips onto our personal Twitter pages, and the reactions were CRAZY! Tons of replies. So much so, that I told Pavy that we should start a Twitter page. We did, then the brand began to take off. All the while still working at digital management companies, I developed a specialization in digital optimization. Once I saw we had an audience I began leveraging my industry skills and network. I had also purchased a 4K camera, which I was not putting to use due to my desk job. I figured it would help me sharpen my film skills. We filmed a few clips and they started to gain a lot of traction on our now growing Twitter page.

Eventually, we would reach out to the owner, “MLG” of MLG Highlights and basically gave him permission to rip our videos. I figured it would help to legitimize our content if we had highlight channels stealing our videos as people do with ESPN shows. MLG however, declined and instead offered to feature a playlist from our YouTube channel. From there our videos on YouTube went from ‘No Views’ to 200+ and so on. Eventually, we would strike a deal for him to upload half of our content in exchange for promotion on his highlights channel, which was growing and around 100,000.

We began uploading 10-20 videos a week on both channels and our numbers began to take off and so did his channel. Eventually, his highlight channel would grow to 1.7+ million subscribers and hit 153 million monthly views that season with our content sharing in that with millions of our own, non-highlight, original content. After a while, we would part ways and go on our own to our Hoops & Brews channel. But once we notice the MLG channel, which eventually housed 500+ of our videos and thousands of highlights was dormant, we decided to purchase it from MLG.

We’ve been back running the channel formerly known as MLG Highlights, now known as YouTube.com/HNBMediaTV for a few months now and have amassed over 12+ million views in that span. We cover the LA Clippers, Sparks, WBC, WBO, Bellator and PBC boxing as well. We also have 10 partners that create content on that channel monthly.

We’re always bombarded by how great it is to pursue your passion, etc – but we’ve spoken with enough people to know that it’s not always easy. Overall, would you say things have been easy for you?
Pavy: I don’t know, I don’t really look at things as struggles because it’s been fun to me. This is something I never thought I’d be doing in this fashion. Obviously, certain things aren’t easy. It’s hard to gain access at times to coverage of teams especially as two younger black men who aren’t traditional media but that doesn’t discourage me. I’ve been doing music for a decade so I think a lot of the “no’s” you get with that prepared me for some of these moments. I’m just like as long as we have our audience and the will to want to do it, “they” can’t stop us.

TPJ:  No. I come from nothing. Generations of black Americans on welfare. Many of my family has been incarcerated, on hard drugs and victimized by the capitalist system. I was just lucky enough at a young age to understand how destructive my environment was. How uncomfortable it all made me. I’m in debt from going to college. But I’m blessed to say that I made it out of those circumstances and lived to see 30. A lot of my friends and family didn’t get to this point. — My only goal was to make it out and make my name mean more than what I saw around me.

Please tell us about HNB Media.
Pavy: We specialize in digital media not limited to sports. Yes, there’s a lot of sports-related content but we don’t limit ourselves just to sports. I think I’m most proud of the fact that we are two young black men from Chicago doing something positive the non-traditional way. I don’t think there were any other us’s before us. Maybe somewhere in the world but I didn’t know them or see them. I’m also proud of the fact that we’ve grown the business enough to be a platform for other young black or creatives in general that want to have a platform. I’m just proud that we can give opportunities to people that may not have those same opportunities without us but at the same time not sign them to some slave deal & take away all ownership of something they created. We just want to be a vessel to assist you to get to your destination.

TPJ: We’re a company that believes in authenticity as it relates to content. We don’t do fancy suits. Our people are real. We’re real. The partners we have are real people. Most started out as fans and became media personalities like we did.

Our content is conversational and not built around stats or analytics. We use them to strengthen our arguments, but usually we’re having discussions and looking things up as we go. I think that’s what allows us to be as strong and authentic as we are. We resonate with our audience, because they see themselves in us. Not people in suits. We also don’t put time constraints on our content because it’s built to flow. We want you to feel as if you’re sitting with us while we debate sports, music, etc.

From our content in sports to our content in entertainment to our lifestyle content this mentality shines through. We’re not un-refined, just genuine. Authentic. Not storyline driven.

What were you like growing up?
Pavy: I was always different, I knew I was different than everybody else & never felt I “belonged” anywhere. Not in my household, not in school, not anywhere. I didn’t know anybody that had the same set of circumstances as me. A lot of people call me a contrarian but my whole life is contrary. Interest wise, the only things I’ve really ever been interested in is Music, Sports & History. Growing up in Chicago in the 90s with my Grandmother who was like 60 years older than me the only thing we really had in common was Michael Jordan. He & the Bulls bought our household together it was the common ground that a 6-year-old could relate to a 66 year on, the love of the game. Music because I’m not a talkative person about things that actually matter to me so it gives me a chance to just express myself. I didn’t start doing music because said musician inspired me. I started doing it because I felt no artist was speaking to me & I knew there had to be other people like me in the world that felt the same. Even though I was the only me I knew, I figured that & still figured that there are more people like me somewhere in the world. The world is a big place.

TPJ: I always was very confident. When I was young between 7-14 I was considered a potentially fatal asthmatic, having been admit to the hospital 40+ times during that span. Life was rough. My mom was a single parent of 4. She had to quit her job to nurse me back to health. I literally missed two full years of elementary school due to my asthma from 4th and half grade to 6th and a half grade. During that time, CPS wasn’t the best. I was homeschooled for about 40% of those 2 years. So, a lot of my learnings came from my mother who was a school teacher and television.

When I was a child, I was known for quoting movies front to back. At 2, my favorite show was the Ninja Turtles. So, all of my sentences were lines from the show. Someone would say, “How are you little boy?” and I’d respond, “I’m good, but nothing to write home to mom and dad about.” — I’ve always had a flare for the camera and the stage. I took improv in high school at Curie, where we would perform on half days in front of the entire student body. The rush of performing in front of hundreds was intoxicating. My humor was always clever, dirty and loud. I think everything I did in my childhood led me here.

Without my mother buying me a Sony handycam after I graduated 8th grade, I would probably be dead, selling drugs or somewhere in the hood doing something not constructive. It changed my life. 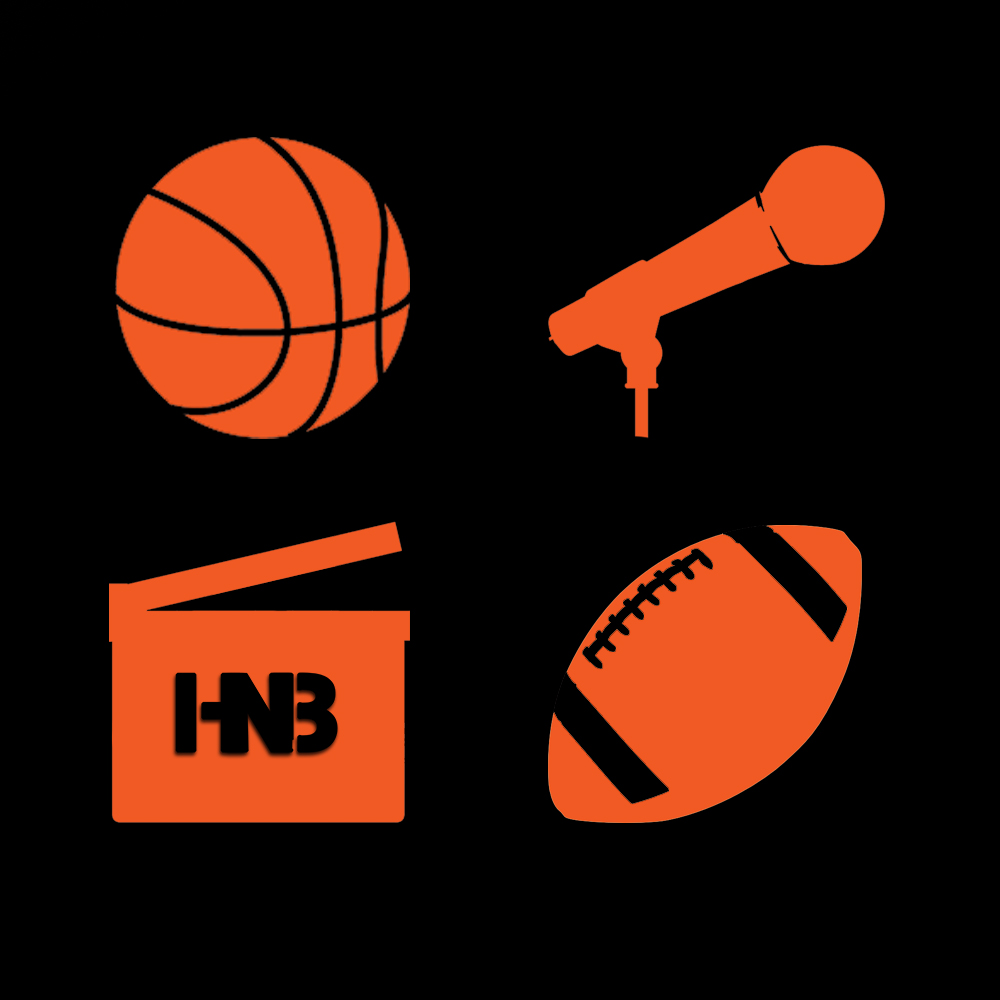 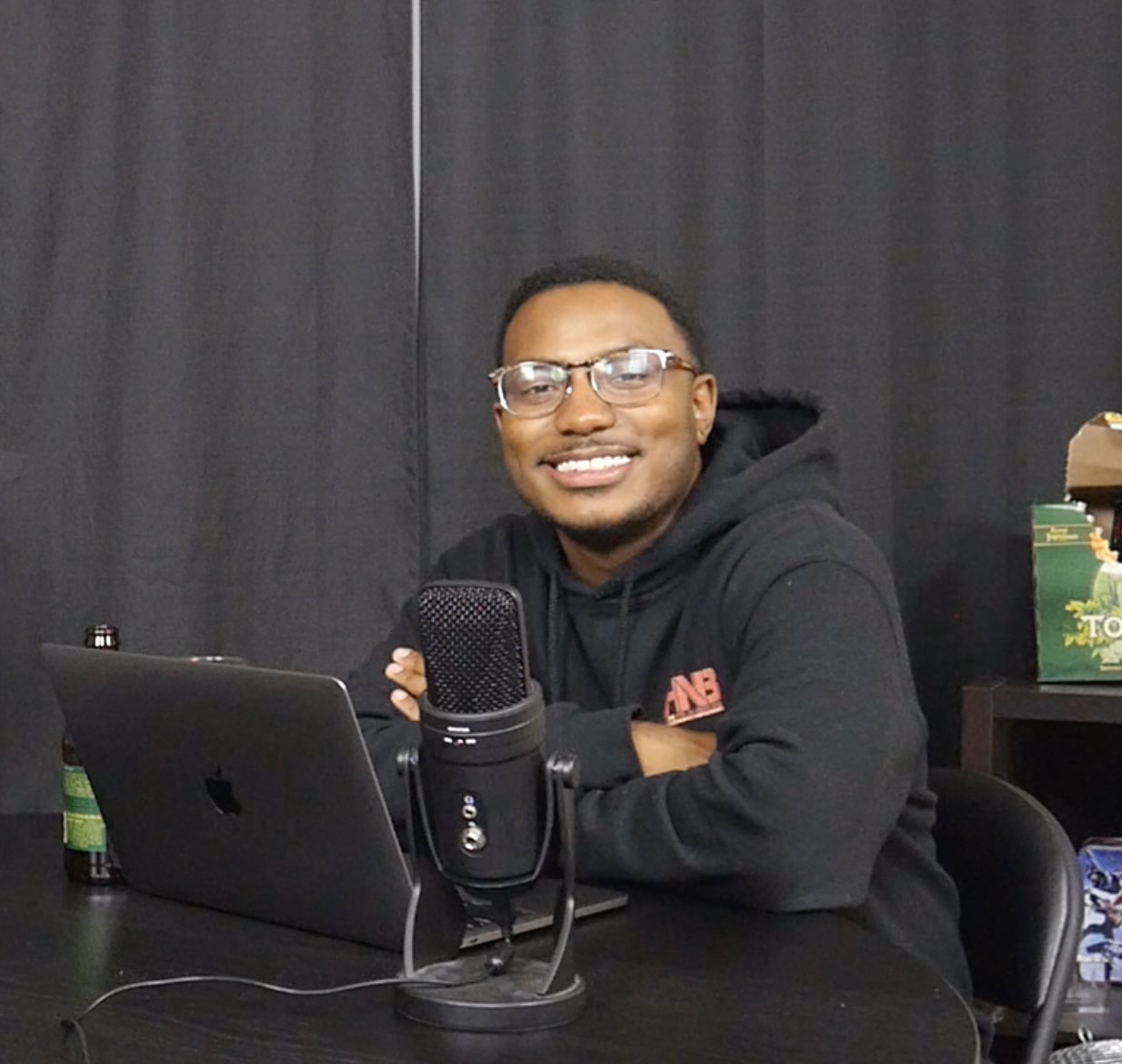 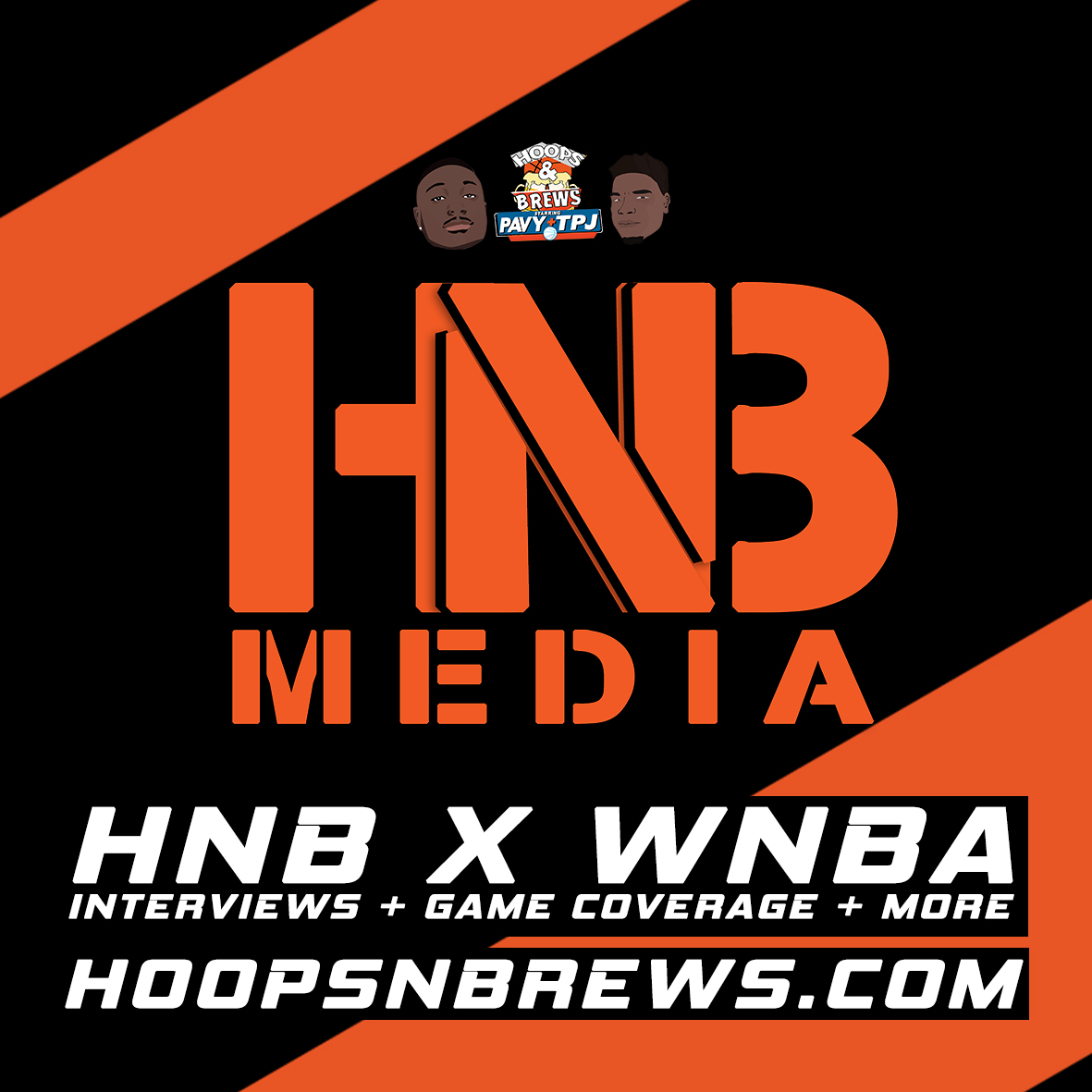 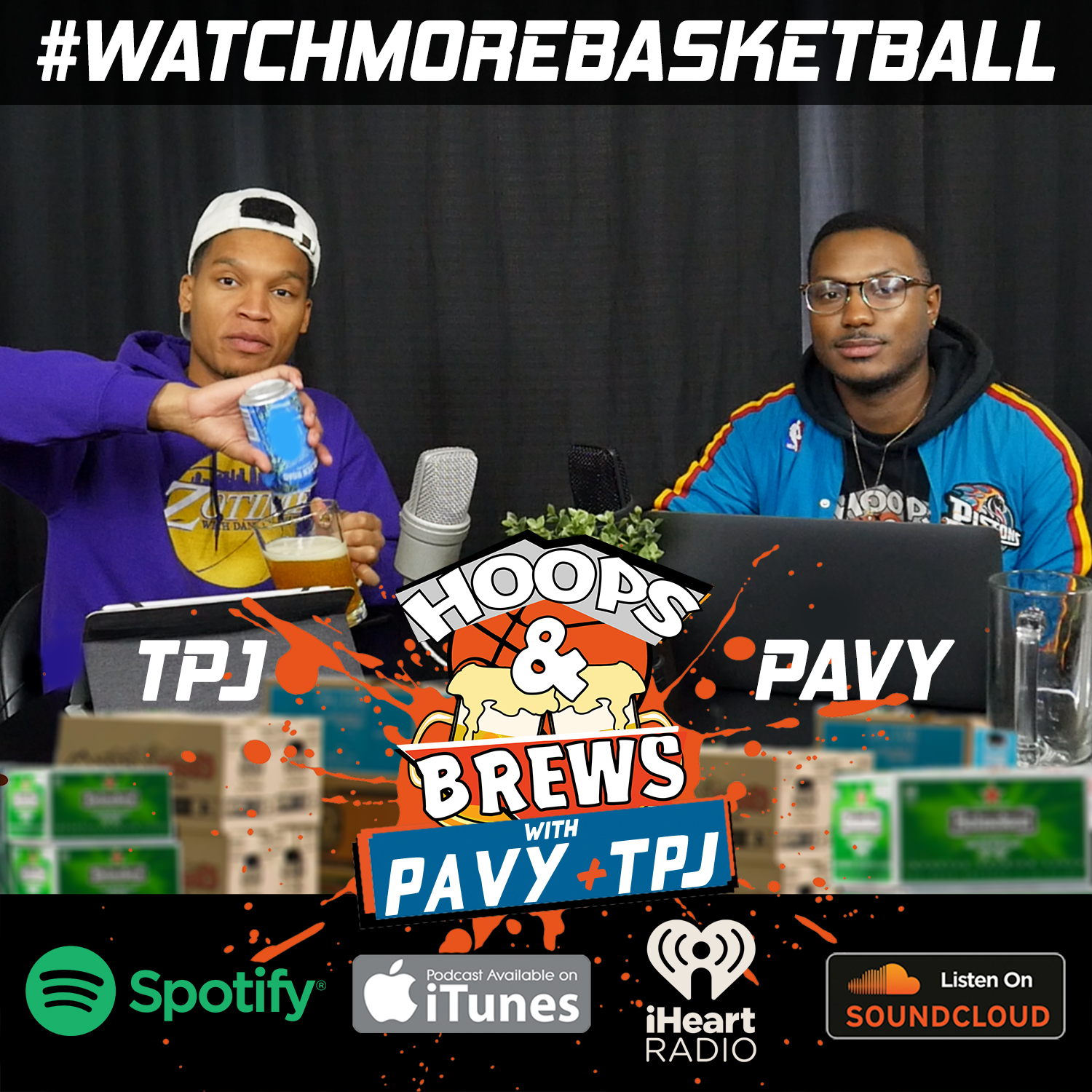