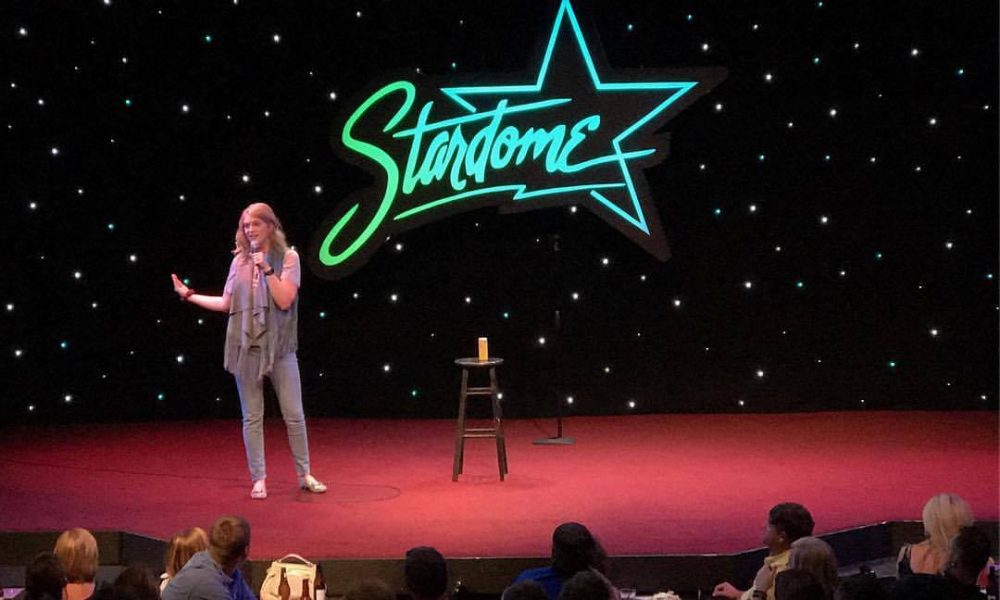 Today we’d like to introduce you to Paulina Combow.

Paulina, before we jump into specific questions about your work, why don’t you give us some details about you and your story.
Today I’m in the same strange position as a lot of people, unable to work, and unsure when and if my chosen profession will still be around. I grew up in rural Kentucky, on the border of Tennessee, which is also the place I escaped to wait out the quarantine. As the weeks, and now months go by, Zoom has become my friend and enemy, allowing me to connect with other comedians to write, chat, and give each other feedback.

Performing to a grid of faces with their mics muted isn’t exactly a roaring crowd, so it’s been an adjustment. I’ve gotten back into teaching online, by offering Stand-up Comedy for Kids class. I get to share the years of my comedy education with 8-12-year-olds stuck at home too. It’s been a great outlet and given me purpose. Plus, it’s really fun to share all the knowledge and experiences over the past nine years with kids the same age! I think the future of stand-up is online. There aren’t going to be full audiences for a while. As far as I can tell, people aren’t flocking to watch non-famous people like me do live comedy on Zoom. It’s going to be very interesting to see where live comedy goes. Even after there’s a vaccine, I’m not sure live comedy is where people will want to spend their money. I hope I’m wrong!

The main thing that has kept me afloat over the past few years and now in quarantine is other women. Women in comedy, women writers, women actors, it feels like we’re our own community. I’m in monthly writing meetings, daily accountability calls, Facebook groups, group chats, with all women. It’s made a huge difference. Before the lockdown, we did meetings in person, supported each other at open mics and shows, were each other’s plus one to industry events, a full-on support system. I’m honestly not sure where I’d be without all my female mentors.

We’re always bombarded by how great it is to pursue your passion, etc – but we’ve spoken with enough people to know that it’s not always easy. Overall, would you say things have been easy for you?
My first four years of stand-up were in the Nashville comedy scene. I did stand-up and storytelling shows, hosted and produced independent shows and mics, got to perform occasionally at the local club, Zanies. I felt I was on my way up. Then I wanted to make a big change. I wanted to make stand-up my only job. I attempted a cross-country comedy tour, which quickly unraveled.

I’d invested so much of my time and money into this thing that totally crashed and burned, I was crushed. I didn’t go back to Nashville, living in NYC briefly until moving to LA. My first year in LA seemed great. I was around the right people, I was opening at clubs with sold-out crowds, traveling all over, but I’m not sure I was ready for that. I thought I was a resilient person who could just get back on the horse, but my confidence was shattered. I had to learn the hard way that people who promise you the world on a silver platter usually have their own agenda, which doesn’t actually include you or your career.

So, I attempted to start from scratch – write all-new material. I wasn’t the same person in the jokes I was telling. I had to write jokes in my voice. I feel like getting back to basics, going to mics, hosting mics, doing writing groups, doing Roast Battles at The Comedy Store, even serving at a comedy club, all while surviving in LA was like stand-up boot camp. I’m not sure I’d recommend it, but it has toughened me up onstage and off.

We’d love to hear more about your work.
It’s still weird to think of myself as a business, but I’ve gotten involved in a few aspects of comedy that I didn’t know existed. I work with a non-profit called Laughter on Call where comedians are matched with seniors with memory-loss issues. They also teach comedy classes at nursing homes.

I’ve also performed with Comedy Cartel at luxury high rise apartments. This was a whole new world to me, but again, such a great crash course in two-man shows. That’s when the first comedian is the emcee and feature, warming up the crowd for the headliner. Sometimes there was no microphone or sound equipment, so I’d have to project my voice and really “perform” everything I said. By the end of a 30-minute set, you feel totally wiped out but also invigorated, because its comedy unplugged. Just you in front of a room of strangers trying to win them over.

I think taking on these types of comedy endeavors – hanging out with Alzheimer’s patients, teaching kids online, performing to residents at their condos – this is what makes me stand apart from other comics. From the beginning, I never had a set image of what a comedian has to be. I didn’t want to limit myself to just clubs and theatres, I decided that getting paid to make people laugh made me a comedian, no matter the venue.

What were you like growing up?
I’m not sure I had a personality until I was in high school. I just copied what I saw people do in movies and TV, forgetting I didn’t have a live studio audience or a laugh track. I was kind of a loner and teacher’s pet until my parents sent me to a conservative Christian school. A real fire and brimstone type place. After two years I was given the choice to stay or go back to public school, so I rejoined my peers in 10th grade. Everyone said I seemed like a different person after that, but I think it just pushed me out of my shell.

I thought I was always funny. I remember telling my 2nd-grade teacher I wanted to be a chameleon like Lucille Ball, and in 6th-grade I wrote a satirical sketch about Cuban immigrants coming to the US on rafts. I had no idea what being funny for a job meant. I didn’t know how to make it a career so I went to college for advertising. I wanted to be a copywriter who wrote funny commercials and ad campaigns. I ended up as a grant writer for a non-profit. I went on to work at a community college and then go to grad school. Turns out I really liked school. After that was the real fork in the road moment for me. I thought I can either dive into academia or try out this stand-up thing. The month before I received my Master’s degree in 2011, I did my first open mic. And the decision was pretty much made for me after that. 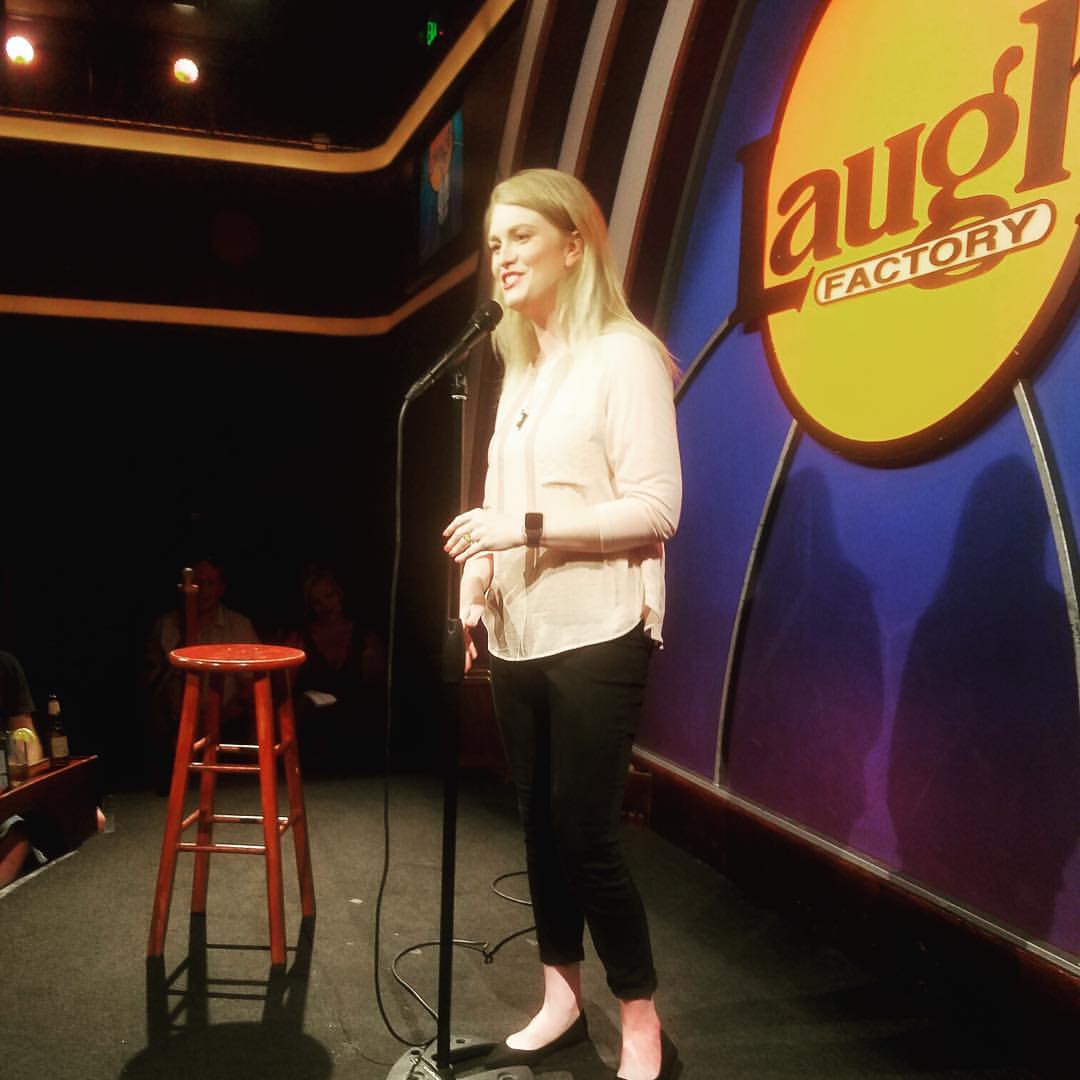 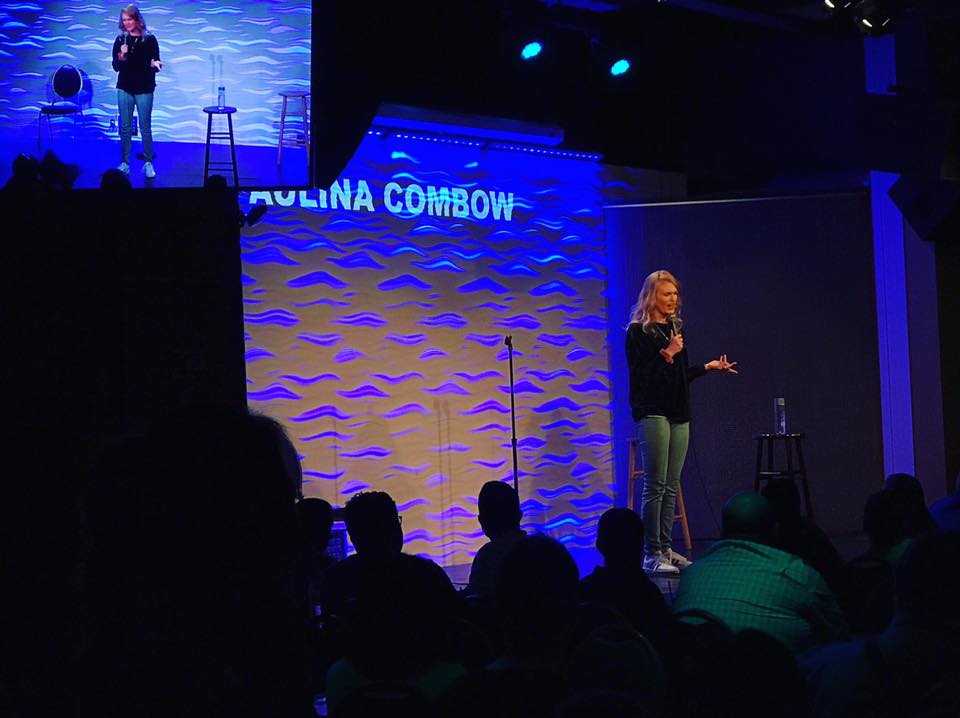 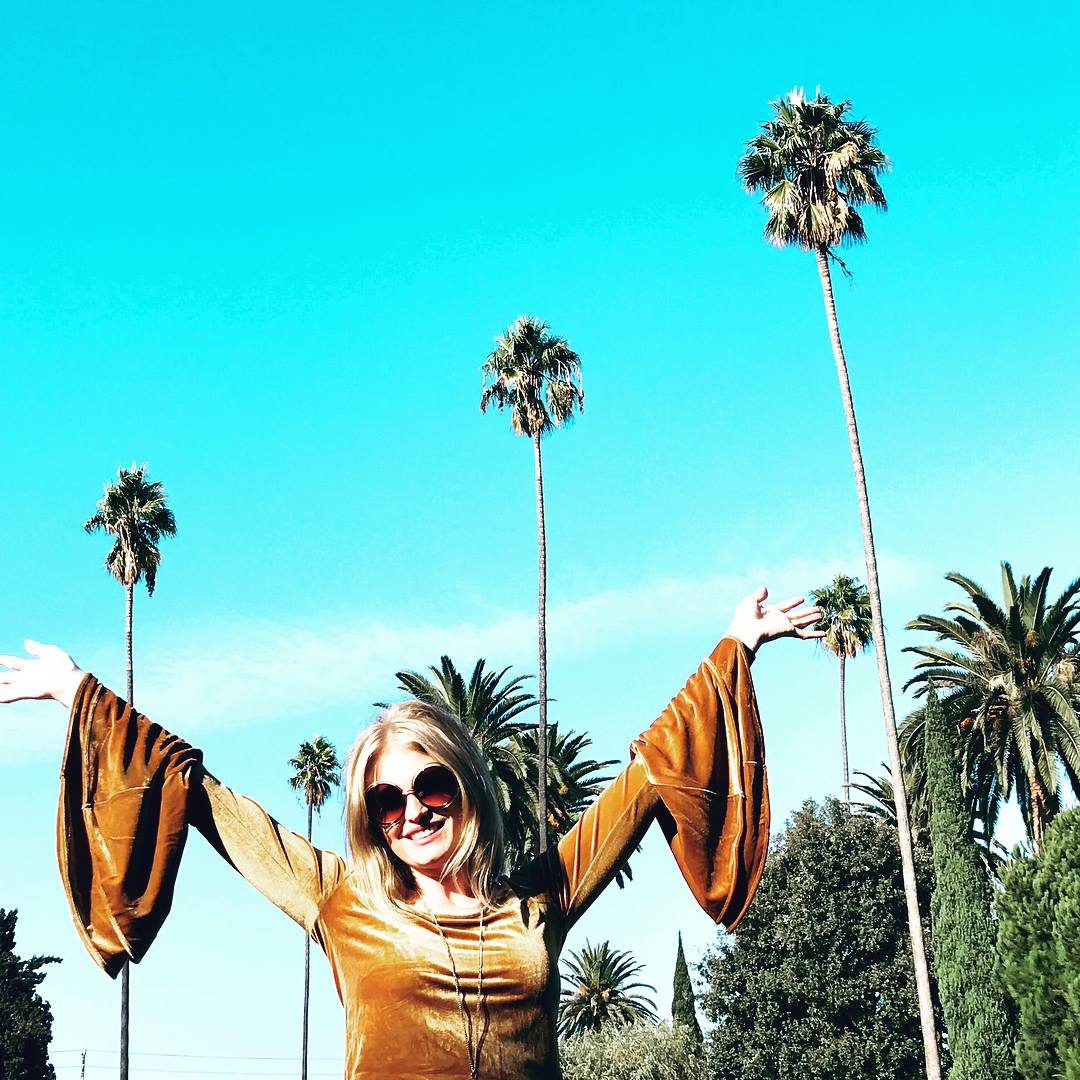 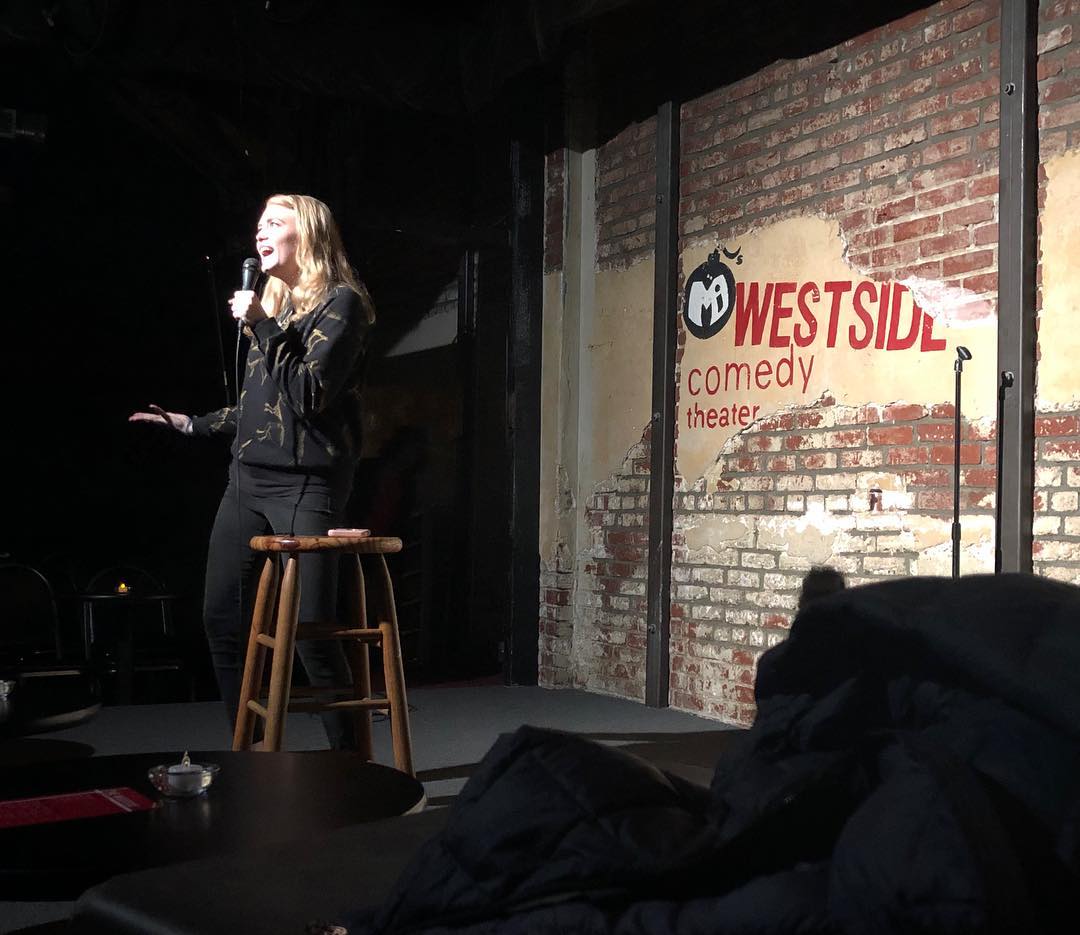 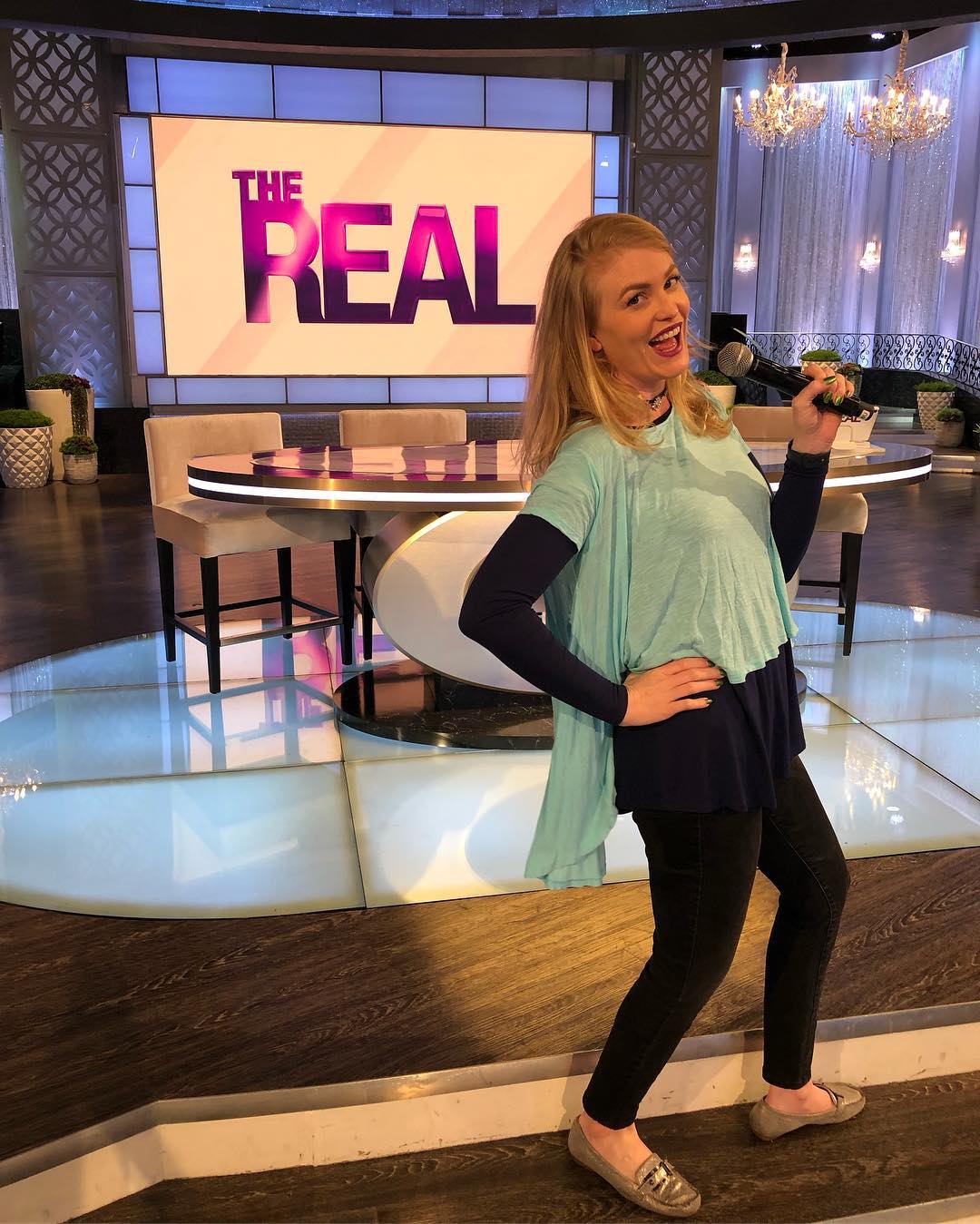 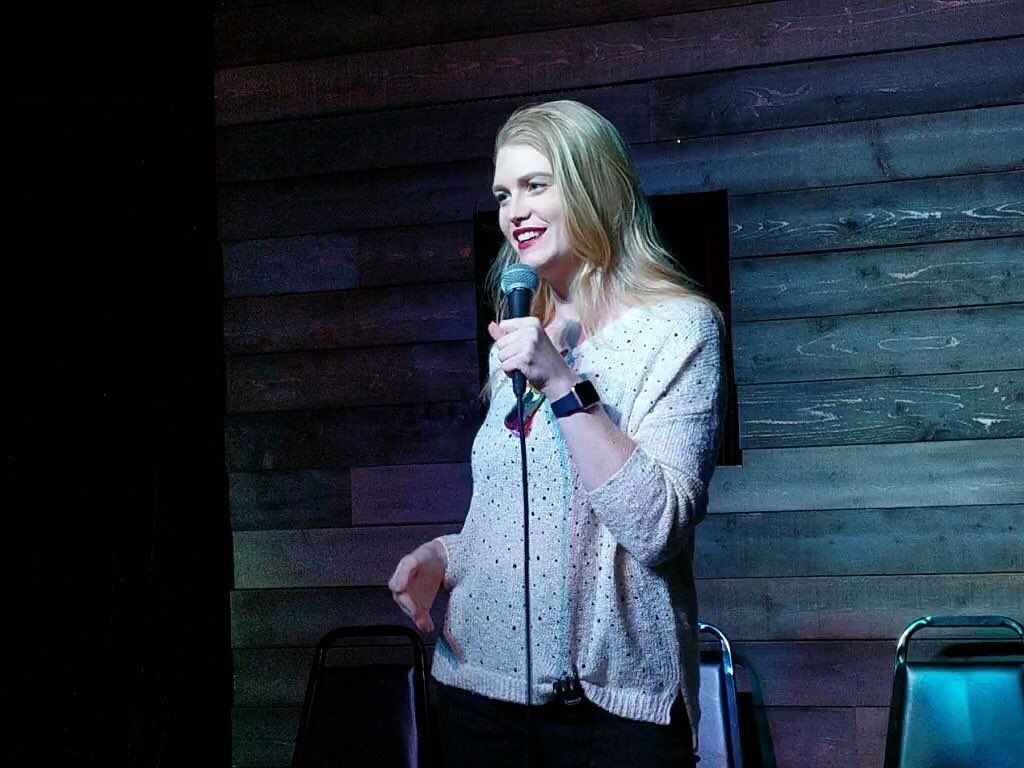 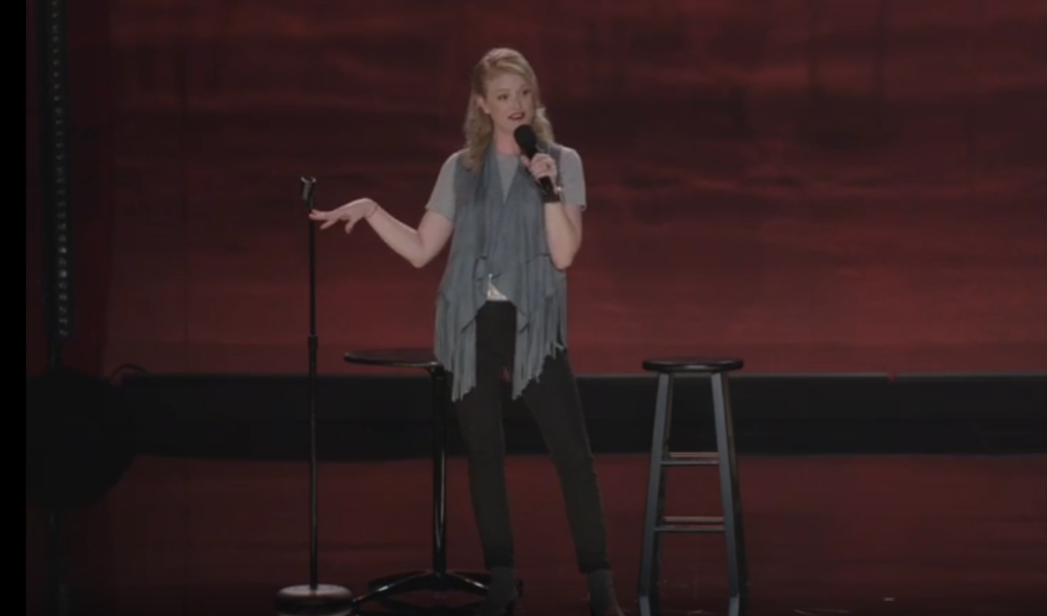