Meet Paula Tiso Voiceover and creator of My Take, a voiceover studio travelogue. 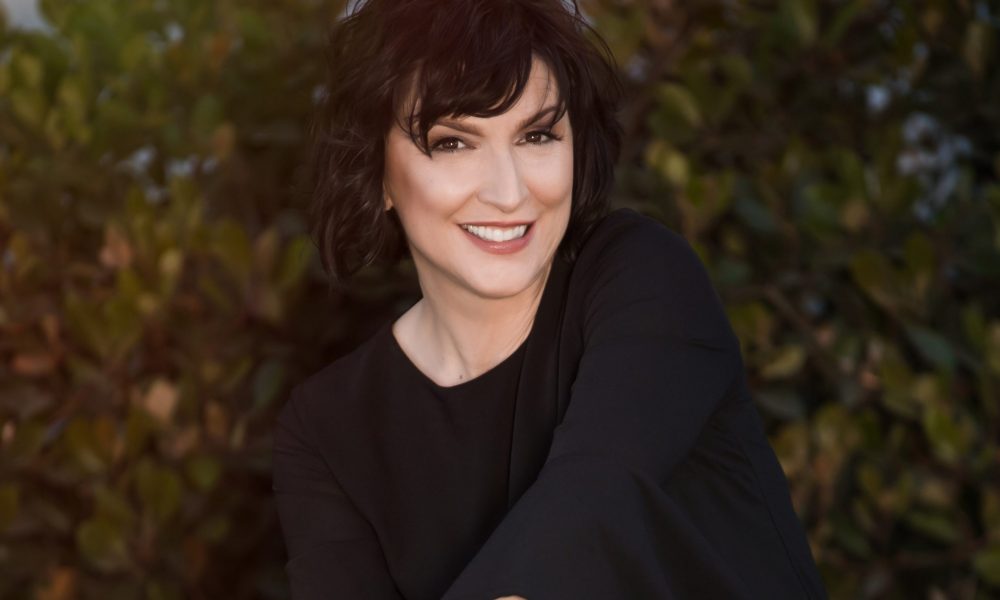 Today we’d like to introduce you to Paula Tiso.

Paula, please share your story with us. How did you get to where you are today?
I’m originally from Long Island, New York, and some people told me they doubted I could have a career in voiceover because my Long Island accent was too strong. But that’s what training is for folks. The first campaign I booked was for Wells Fargo, and the producer told me they hired me because of my Mid-West sound. Ta-da! From that day I have worked steadily and have had a career in voiceover for 26 years.

I have a degree in Theater. When I first moved to Los Angeles, I was writing and performing sketch comedy in clubs around town. It was truly a blast but it became clear in a hurry that I needed a little more job security, ideally without sacrificing the fun of performing. I decided to take a break from sketch comedy and got a desk job at a voiceover talent agency. After that, I moved into a booth director position and that was where I discovered my love of voiceover.

During the evenings I started training with some of the best in the VO biz, Pat Fraley, Charlie Adler, Kris Zimmerman, and Elaine Craig amongst others and 8 months later, an agent signed me and I booked the first three auditions I read for.

Today my focus is on narration, for stations like The Smithsonian Channel, and ID Channel, commercial voiceover, I have done so many commercial spots but as an example recently for FedEx, Holland America Line, and Qdoba, Radio Imaging, you know those voices you hear on the radio that aren’t the DJ, character work for video games, movies, TV and Film and scripts for affiliate television stations across the country.

I have also been voicing promos for Paramount network! My husband and I built a state-of-the-art, broadcast-ready studio in our home that I work in daily.

Great, so let’s dig a little deeper into the story – has it been an easy path overall and if not, what were the challenges you’ve had to overcome?
With any business, especially a freelance business, there are challenges. In the VO business, there are slow periods that can be difficult, for example around the holidays or during summer vacation months. There was a big strike in 2000 that changed the face of the VO industry in Los Angeles, and that was a really difficult time for all Union performers but I made it through working in other areas of voiceover.

I have found that keeping a positive outlook and staying busy updating demos, equipment, and maintaining professional connections keeps me sane, focused and ready for when work picks up again. As a freelance voiceover performer, it is a constant hustle.

It is a highly competitive field and there are new talent entering the business all the time. Training is essential. One thing I have found to be invaluable is to stay current and keep on top of the trends, for example, the conversational read for commercials, or knowing who the prototypes are when they are referred to as a direction for an audition.

For example, the director might want a Catherine Keener vibe for their narration. It’s important to always be available. I have had projects show up in my inbox that needs to be turned around ASAP. If I am not available there is always someone who is. I treat every project I am working on as my top priority.

All that said, I love my job. I love the excitement of not knowing what I will be working on next. Every day is different and that can be very exciting and energizing!

Please tell us about Paula Tiso Voiceover, Creator My Take, a voiceover studio travelogue.
As a freelance voiceover, I AM my business. I have found that as the years go by my areas of expertise widen and evolve. I work in so many areas of VO: commercial, promo, political, video game, voices for toys. One of my favorite areas are promos for affiliate TV stations across the United States.

As an example, one of the stations I work for is a CBS affiliate in the Dallas/Fort Worth area, producers there send me scripts and I have to send them back as soon as I can record them. Some of the types of work I record for my stations are contest spots, radio promotions, and news promos. I also work with stations in San Diego, Hartford, Indianapolis, Burlington, Biloxi and sometimes Washington DC. It is fabulous to be part of a team with these stations.

I also have recently stepped into long-form narration for TV shows. To me, the sustained focus required for these sessions is akin to meditation. Love it! One of my favorite gigs is that I am the American Announcer at Tokyo Disneyland I record parade announcements and safety reminders. Periodically, I go into Disney Imagineering to update any announcements. What fun! I have to mention my new Instagram series, My Take: A Voiceover Studio Travelogue that has become part of my workday. In the digital age, everyone works from their own home studio and I miss seeing my fellow VO actors at our agents’ studios.

So, in my Instagram series, I travel to other VO actors studios to showcase their talents and workspace. Reaching out and connecting with voiceover professionals has been an invigorating experience. I enjoy hearing everyone’s stories and love how diverse the VO community is. I am always looking for someone else to feature. It has been a very positive experience—which is not to say that it has been easy. Fitting this into my already full day is a challenge.

Leaving my studio to go to someone else’s carries the risk of my having to race home to record a script. Though if that did happen, since I’m already in a studio, hopefully, they’ll let me record a quick script! Posting on Instagram each day takes time and focus. I’ve found that I am capable of accomplishing a heck of a lot each day!

What sets me apart most is my absolute love for what I do combined with my expansive range and attention to detail. I’m always professional but I like to keep it fun.

Do you look back particularly fondly on any memories from childhood?
It was a different time, as my parents would say, and some of my favorite memories involve growing up on Long Island. There was a canal in our backyard that led to the Great South Bay. We had an old cabin cruiser named The Platypus that we used to take out to the bay. We would go clamming and dig up the clams with our toes. We also would fish and catch giant eels right in our canal. We had a small dingy that we would row up the canal and back.

My brothers and I used to run through the backyards of our neighbors and catch crabs with nets off of their canal docks. One time my brother slung a crab at me and cut open my face right above my eye, I still have the scar … not sure that was a favorite memory but the canal definitely was a good time. 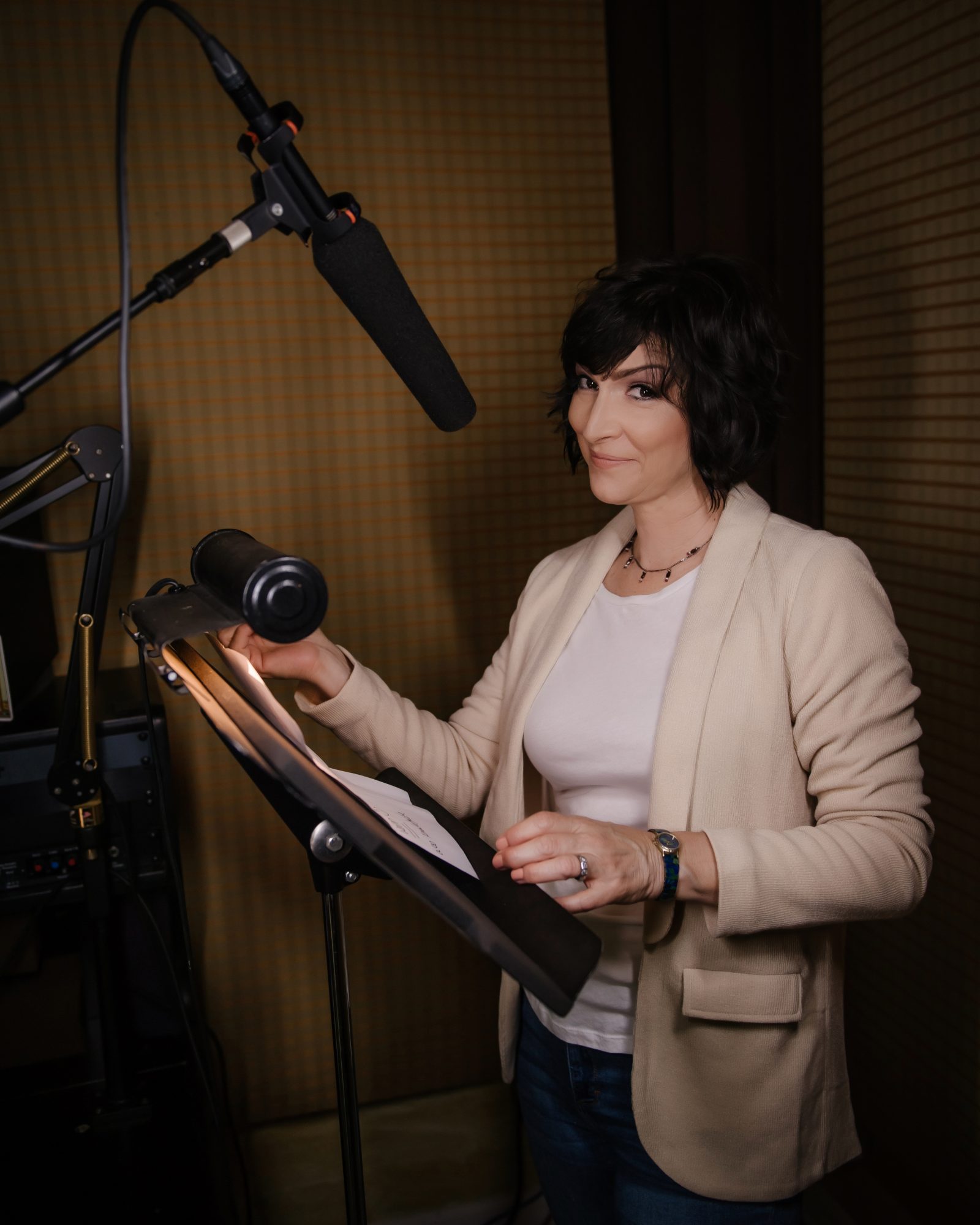 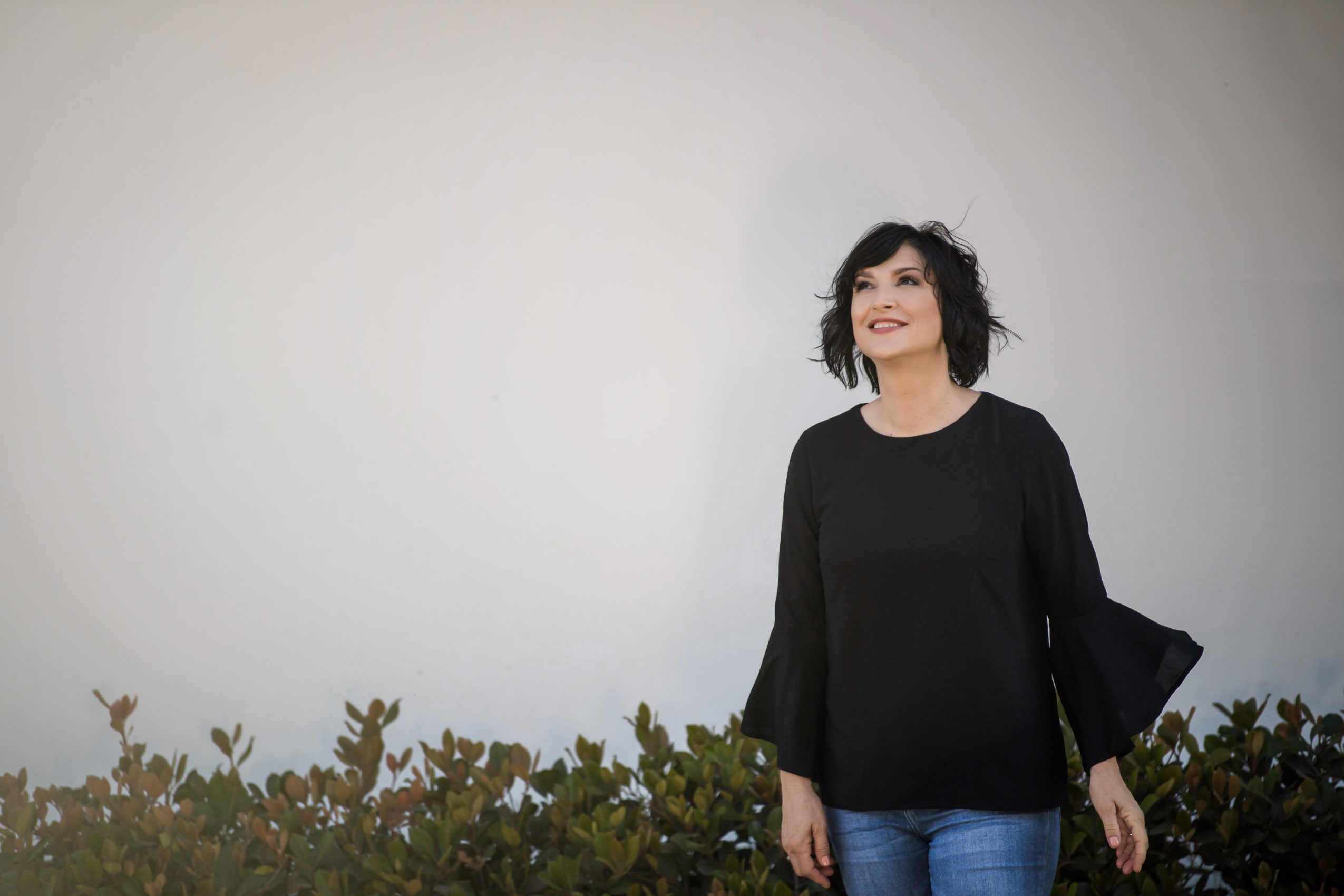 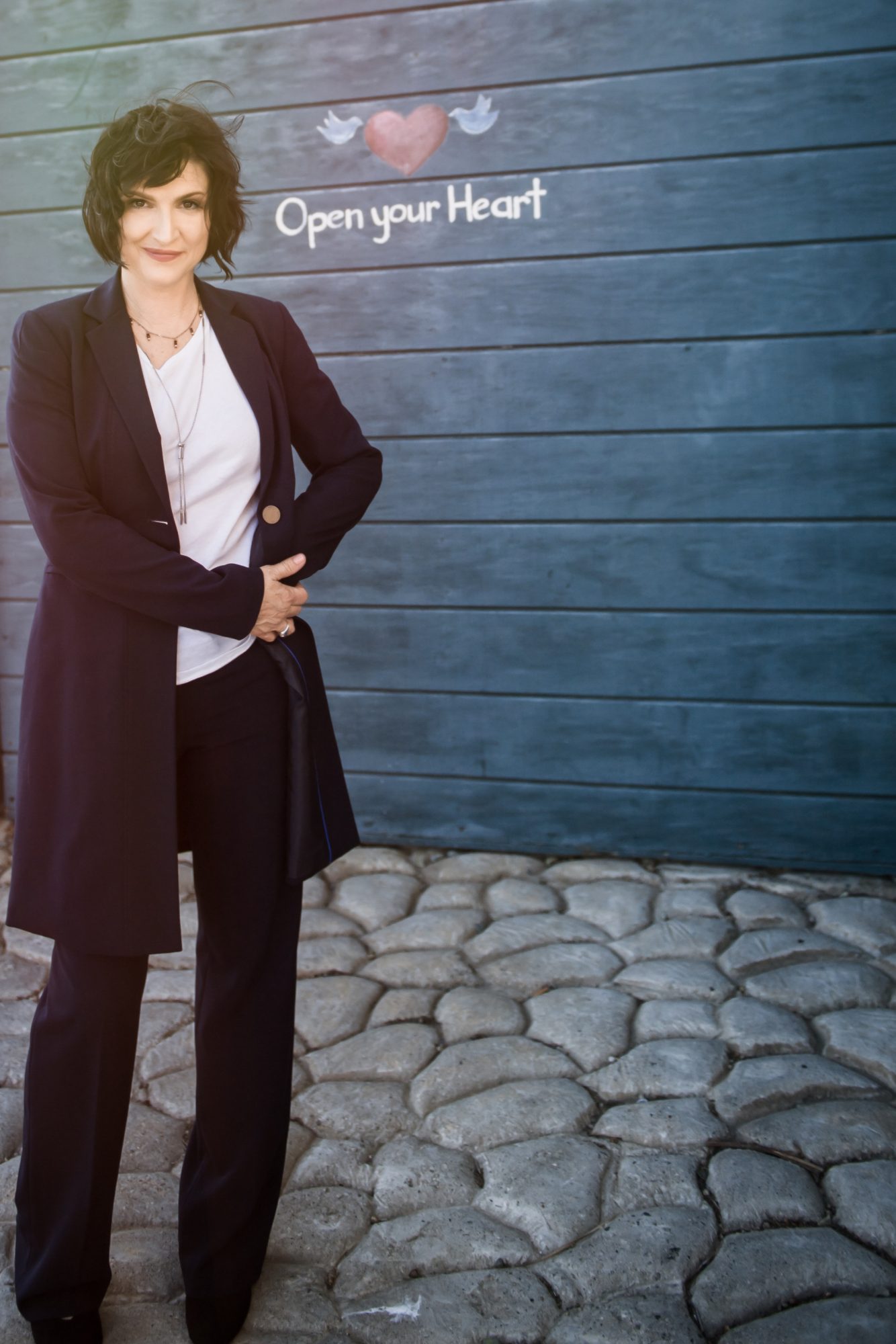 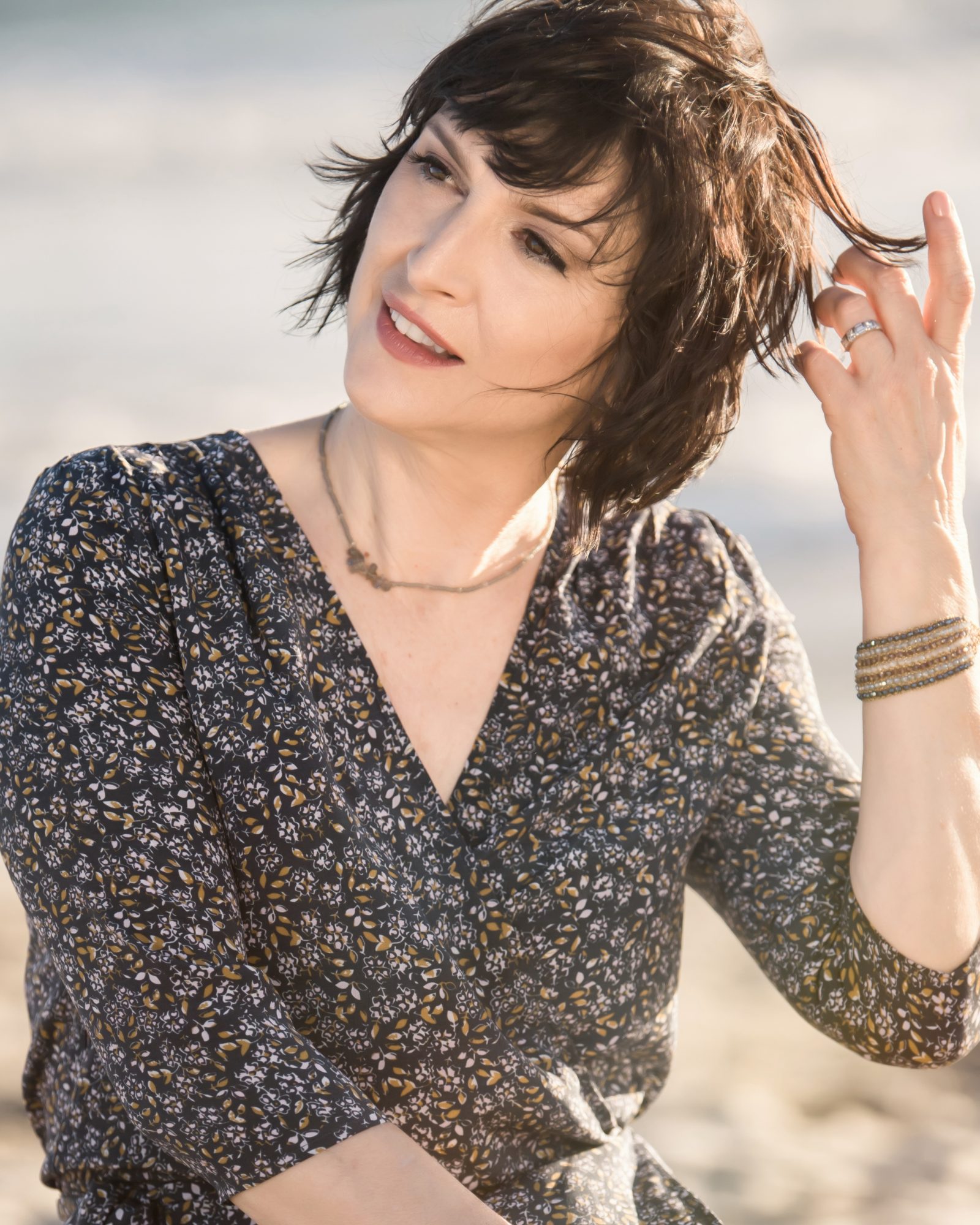