Meet Paula Tiberius of Be Who You Are 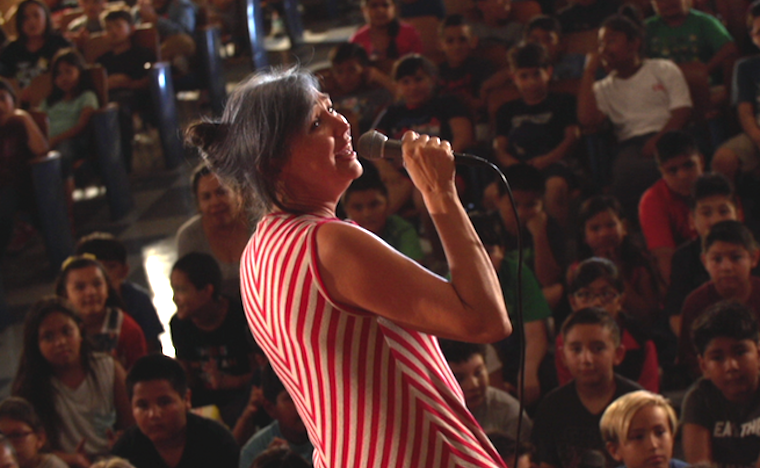 Today we’d like to introduce you to Paula Tiberius.

Paula, let’s start with your story. We’d love to hear how you got started and how the journey has been so far.
I’ve spent my life creating things – music, art, books, films – that’s what I do. I started making short films and music videos in the early 90s at the University of Toronto then made a feature film called Goldirocks in 2004. I was singing and playing guitar in Sticky Rice during that time too – that’s a rock band, not a cooking collective. And we were in the movie of course!

I moved to Los Angeles in 2005 to become a rich and famous screenwriter and director, but it turned out much better than that. I met my husband Richard Duguay and had a baby, which suddenly made it hard to make movies, so I wrote a novel (which is now a screenplay as well – I can’t help myself) and started a creative consulting business while Richard built our home recording studio Into The Black, here in North Hollywood.

Then one day my father sent me our ancient family vinyl collection because he was getting rid of his turntable, and I pulled out the 1970s kids’ album Free to be You & Me. It was one of my favorite albums growing up, and I thought it would be fun to play for our daughter, Violet. If you’ve never heard of it, it’s an album actress Marlo Thomas created to change expectations about boys and girls and subvert gender roles from their tired old clichés. I thought it would be a romp down memory lane to a time when women’s rights were still a new thing. I figured we’d made so much progress that most of the spoken word pieces and song lyrics would seem really dated.

Well, when the needle dropped on the record, I immediately realized that it was not old news at all – in fact, there was so much more than needed to be said, including LGBT rights and all the 21st-century activist struggles going on. Kids need art and music that teaches critical thinking now more than ever! So that was the moment when I decided to make a music and spoken word album that continues that conversation, called Be Who You Are, which is my latest passion.

We’ve just launched a new video campaign where we’re posting something new every Tuesday – May 1st was the first one with Violet doing a how-to craft video on how to make paper! Then there will be music videos for the songs on the album – there are some there already – as well as lots of bonus tracks coming up including an R&B song called “Ain’t no Thing But a Chicken Wing” that’s all about not beating yourself up when you do something wrong, which is a message most adults could benefit from as well.

We’re also very excited about playing at Nickelodeon studios for the Ahead With Horses gala. They are an incredible charity celebrating their 50th anniversary this year, and they do life-changing work with disabled kids through therapeutic horse vaulting. Dr. Ava Cadell who is on the board invited us to play and we plan to give it our all entertaining these kids on November 11th! It’s open to the public.

Has it been a smooth road?
Being an artist is a struggle. You’re constantly tortured with a barrage of ideas for projects, and you want to make them all, you want to just do art all day, write music, write stories. But then you get a bout of tendonitis in your forearm after ten hours of sitting at a computer and you realize – maybe I need more balance in my life? Kids are a big help with this. My daughter will just come to my desk and demand I stop working and do something fun with her. Ha!

Luckily, she loves creating too, so we’ve been making videos together about the fun stuff we do like homemade crafts. She actually wrote and performed a song of her own recently called Cotton Candy – video coming out soon by R.d. Cane! She and her dad were in the studio together for days getting that done, and she learned a lot about music recording.

Being a freelance person can be scary sometimes because you don’t always know exactly where your next paycheck is coming from, but my husband has a very good rule, which is that if you keep creating art, things will happen. So far it has turned out that way. In my experience, the expression ‘leap and the net will appear’ is definitely true. The universe rewards you when you get off the couch and put things out there.

We’d love to hear more about your business.
Be Who You Are is not your average kids’ music. Parents write us to say thank you because they love our “real” songs, and we’re going crazy listening to “The Wheels on the Bus’ a hundred times. And kids really respond to our music.

My husband and I created this record along with our partner Tara Samuel and some great singers, actors and artists like Krista Sutton, Cara Pifko, Kathryn Winslow and Jon Rannells. We all did three performances at Canterbury Elementary School in a north LA neighborhood called Arleta this fall and it was a huge success. The kids were going crazy – they loved it!

Richard and I also worked in the classroom with the first graders where they sang two songs from our album at their Christmas concert – the title track Be Who You Are and another song called FREE. It was so cute! And the kids definitely understand the message. They know it’s important to follow your dreams, and not bully others. It’s a beautiful thing to hear kids interpret the songs and plays, and talk about why it’s important to be kind and think for yourself.

The spoken word pieces on our album really set it apart from other kids’ stuff out there. It’s important to me because kids take in messages in different ways. Some kids will really ‘get’ a song and feel that message in their bodies with the music moving them, while others respond to storytelling or plays. Plus it gives them the idea that there are many ways to express yourself, and you can be free to find your own best mode of expression.

Is our city a good place to do what you do?
I absolutely LOVE living and working in LA. For someone like me, it’s just a gigantic palette to work from. You know, there’s a reason all those entrepreneurial filmmakers in the 1920s moved out here. You can shoot a Western in the desert, a beach movie at the shore, head up to the mountains for a view and even find snow in the winter – we have every kind of film set you could ever imagine. And in terms of creating music, there are world-class musicians everywhere you look.

You can connect with artists of every kind, and people are so motivated to create because usually, that’s why they moved out here – to “make it in the business.” Everyone has a different definition of what that means, but at Be Who You Are, the most important thing is simply to create. As long as you’re creating, you’re moving forward, and that’s what brings people together and makes the world a better place. That’s what it’s all about. 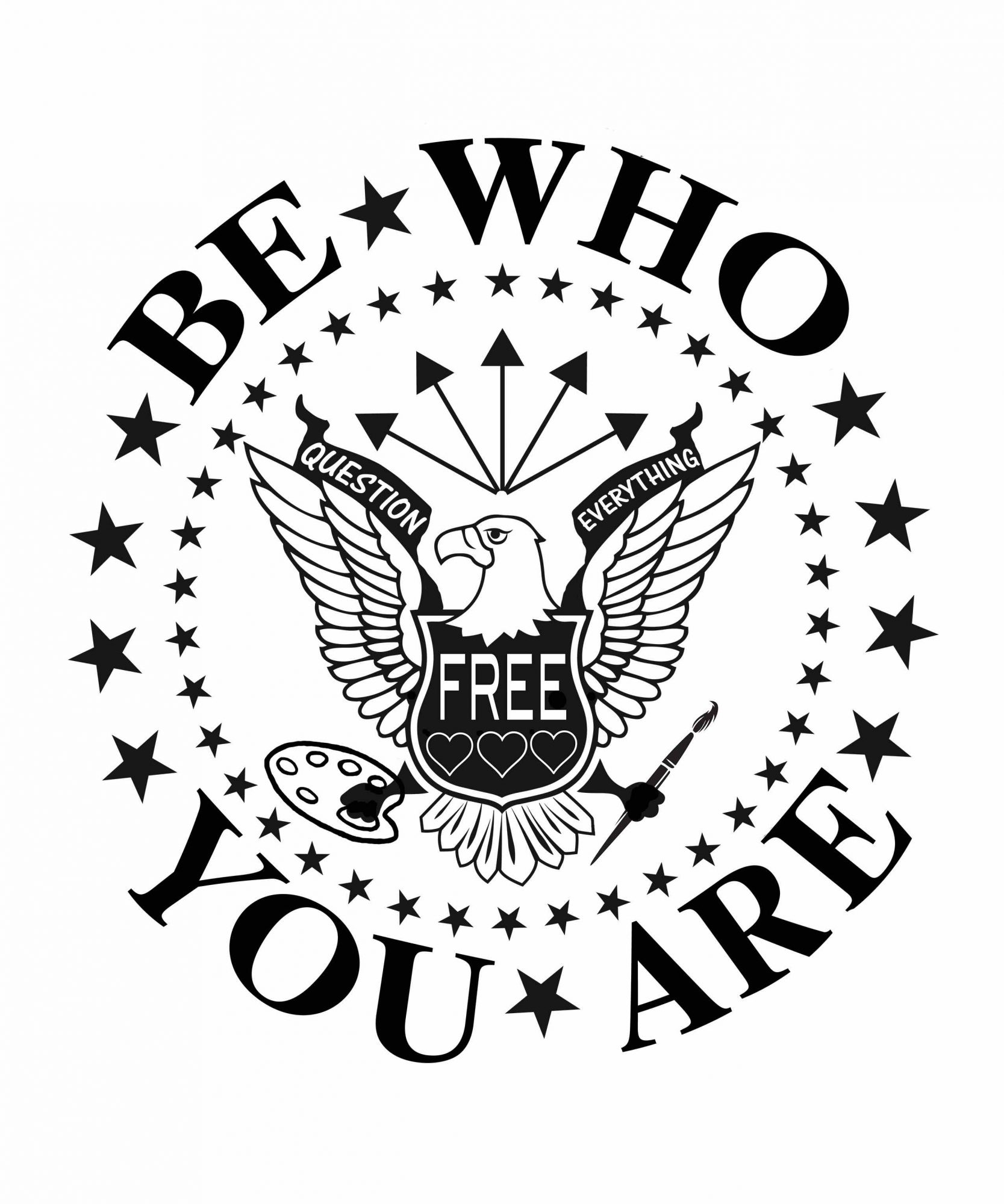 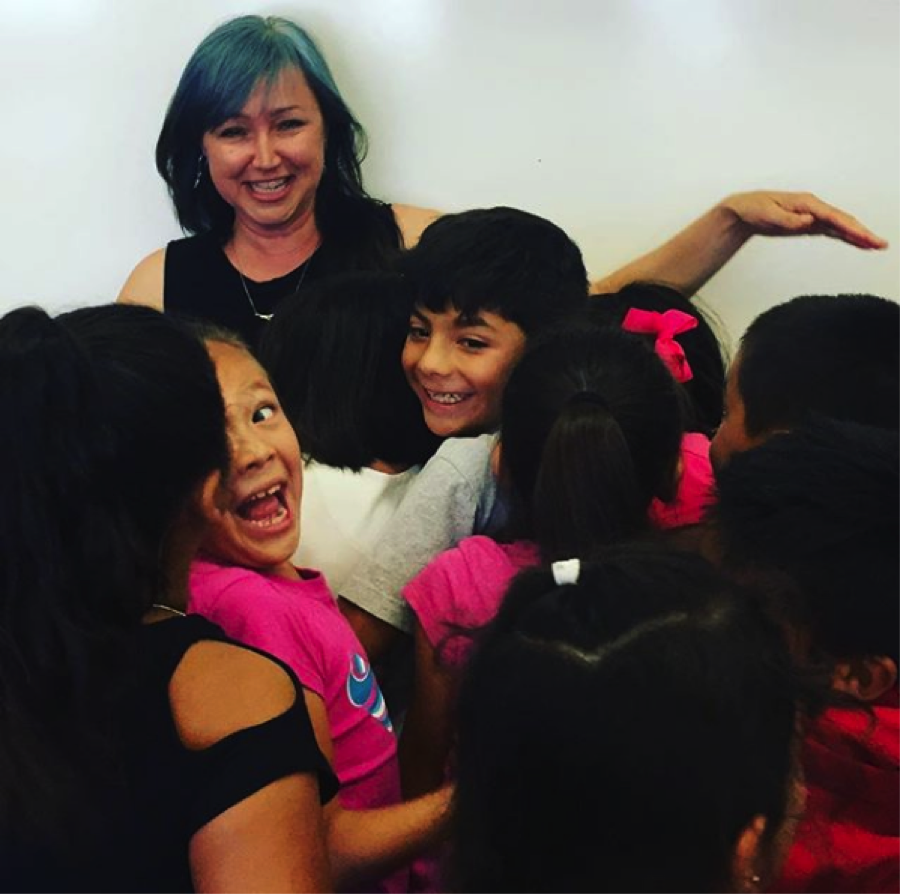 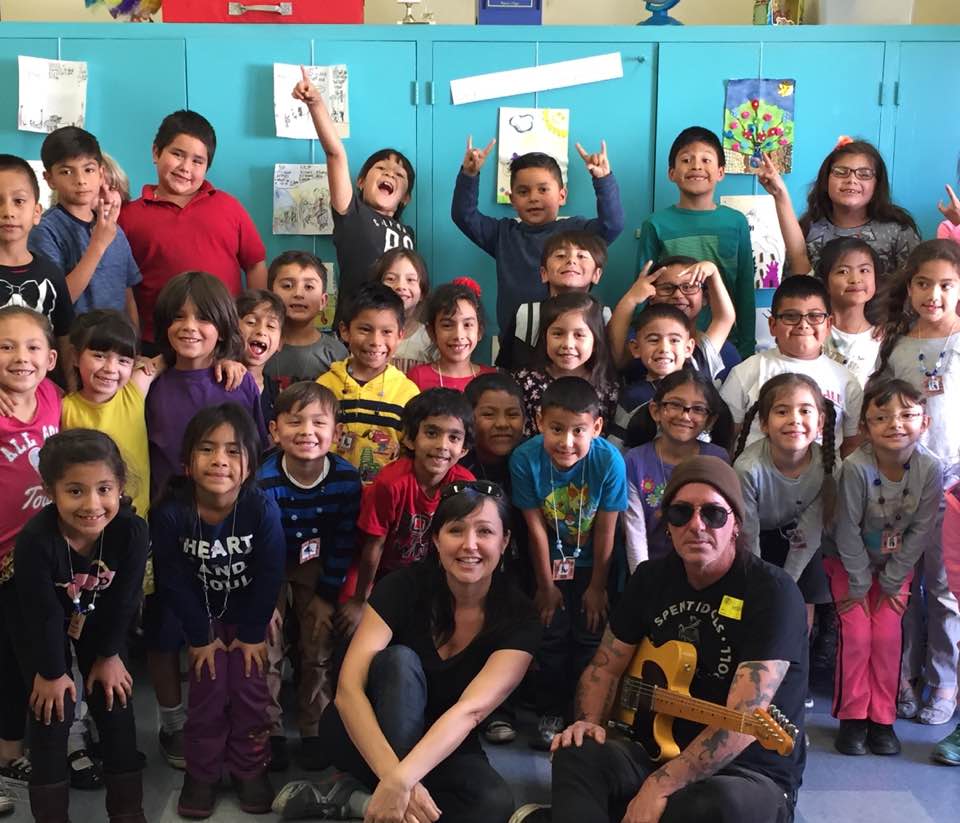 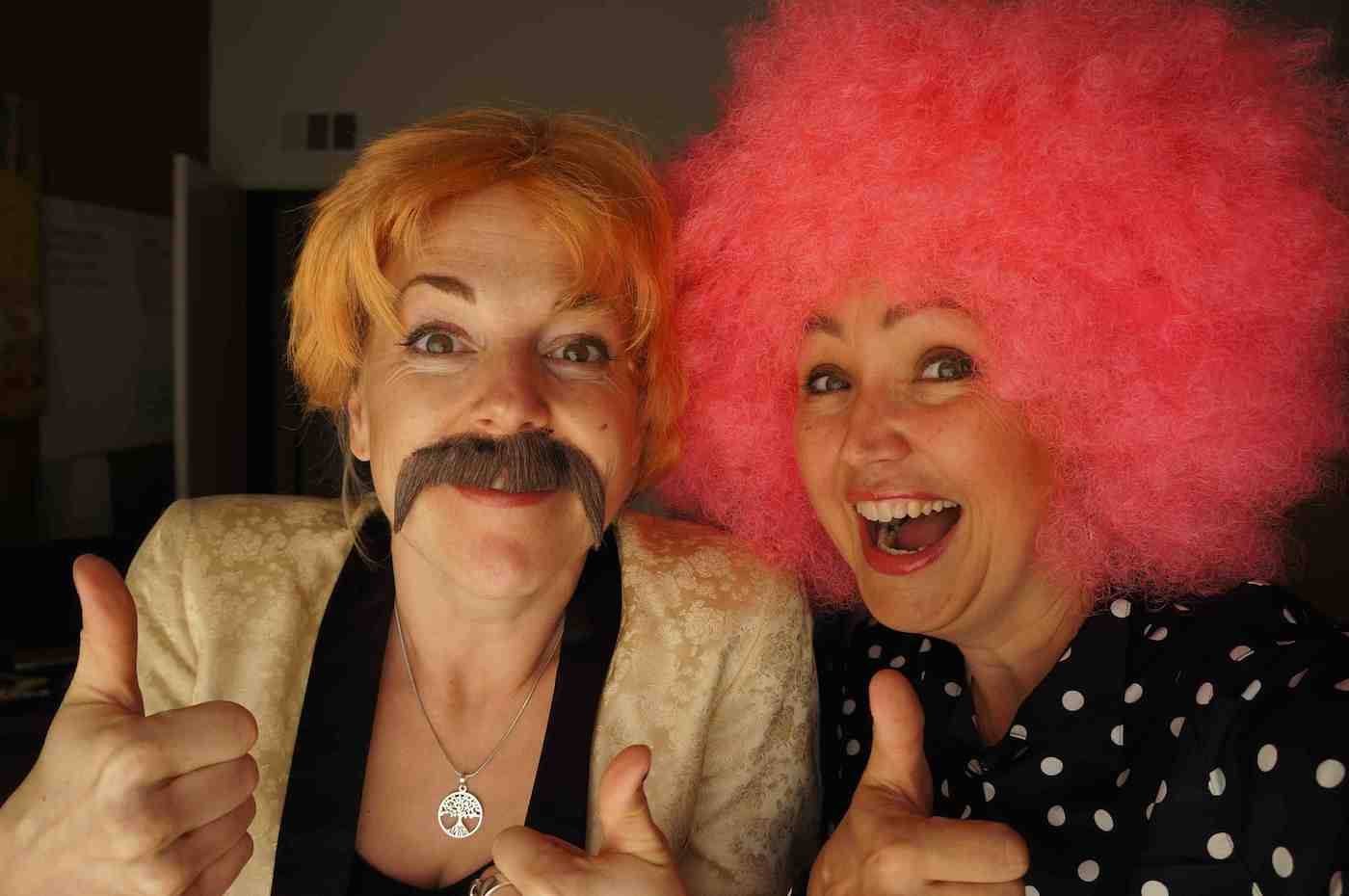 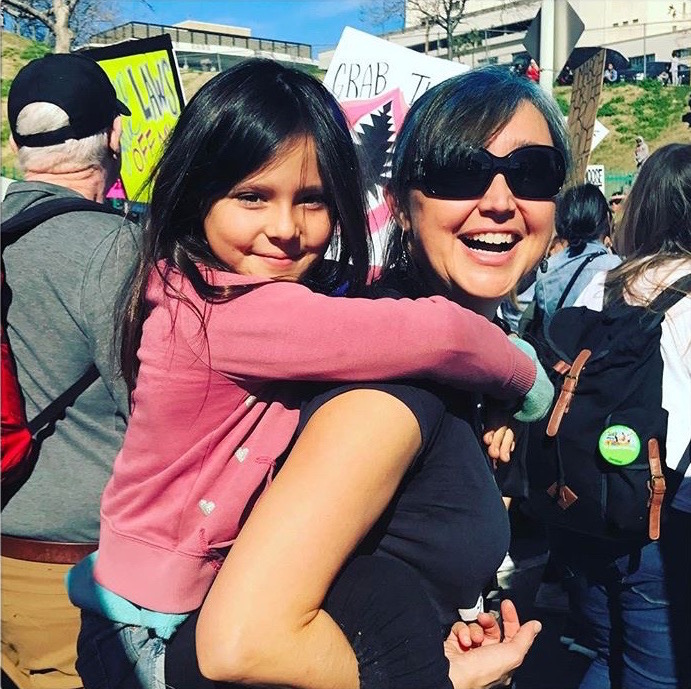