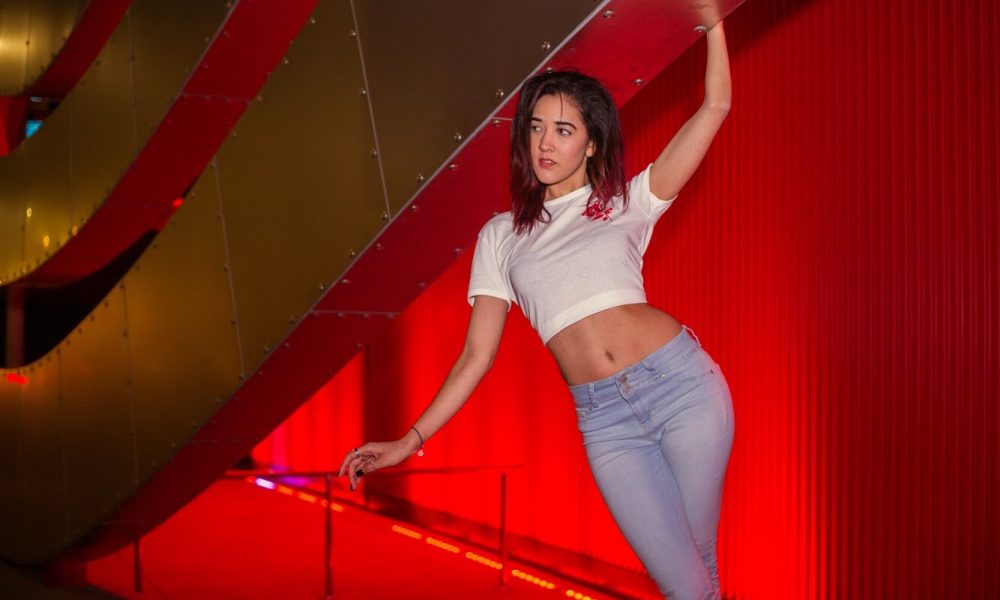 Today we’d like to introduce you to Paula Flores.

Paula, can you briefly walk us through your story – how you started and how you got to where you are today.
My name is Paula Victoria Flores. I am a 20 year old student, currently living in California. I moved from Puerto Rico, where I grew up, to California when I was 18 years old in pursuit of achieving my dreams of becoming an Actress. Ever since I was a little kid, I knew I wanted to do something big with my life, I knew I wanted to have a voice, make a difference and inspire people by doing what I loved to do the most. It started by me wanting to be Miss Universe. My mom always tells me this story of us watching the Miss Universe Pageant when I was about two or three and I stand in front of the tv as they are crowning the winner of that year and I say “Paula Victoria, Puerto Rico, Miss Universe” and I waved as they do. Once I got a bit older, I would say around the ages of five and seven, I had a dream of being a rockstar, probably because I was obsessed with Hannah Montana at that moment. But sadly I soon realized that while I loved to sing, I did not have the voice for it.

Finally, a few years later I found my passion and my one true love, acting. I remember it like it was yesterday. I was ten years old, and it was the summer time, I wasn’t in any camp because I honestly did not want to wake up early, I mean I was finally free from school, I wanted to sleep! One day my mom came into my room and told me that she had a friend that was running a theater camp for kids and asked if I wanted to go. At first, I said no because, one, I knew nothing about theater and two, I didn’t want to wake up early. Then she explained to me that the camp started at noon and that theater was a lot of fun and that she thought I would like it, plus it was something new for me to learn. I agreed to go since I didn’t have to be up early and I was honestly starting to get bored at home. I remember my first day of camp, I was extremely nervous but a little excited, I didn’t know what to expect. I certainly didn’t expect to fall in love with acting as much as I did. I do think a lot of it had to do with the amazing teacher that I had. Her name is Norwill Fragoso and ever since she has been my mentor and biggest supporter apart from my mom.

After that summer, I started going to theater camps every summer and participating in school activities that had to do with acting. When I reached adolescence, I started modeling to get comfortable in my body and practice what it was like to be in front of a crowd. My passion only grew more and more and I just knew that that’s what I wanted to do for the rest of my life, I can’t see my self doing anything else other than that. I always remember my teachers telling me, you need a plan B and C but what they never understood was that Acting was my plan B and C and D if necessary, there is nothing else in this world that fills me with more passion, joy, and pleasure as acting does. When the time came to start thinking about a college, there was no doubt in my mind that acting was going to be my field of subject, the question then was, where would I go. Naturally, my two biggest options were New York and of course Los Angeles. With that in mind when I was 16, I attended an Acting for Film camp in the New York Film Academy campus in Los Angeles, and not only fell in love with the city but also the school. So when it came time to apply, that was one of the first places I applied to. Now, I am on my seventh semester of my bachelor’s degree, at the New York Film Academy, anxious for the day I graduate.

Has it been a smooth road?
It has most definitely not been a smooth road. My biggest struggle, I think was the fact that there wasn’t a lot of opportunity for theater back home in Puerto Rico for kids, so it was hard to get practice and experience. I knew I had a lot of things to learn before I could start going to auditions and possibly booking roles, which was one of the biggest reasons I decided to attend college instead of just moving to LA and try to make it. I think a lot of people with this dream also struggles with the fact that everybody or almost everybody absolutely shuts you down. You always hear things like “Are you sure you want to do it, it’s a competitive field” or “It’s going to be really hard for you to make it, you should consider something else” or “You’ll need another plan for when that one fails”. It’s the type of comments that plays into people’s insecurities and fears, it certainly played into mine. It scares me to think that I might not be good enough and that I’ll fail. Thankfully I’ve had incredible support from my family and I’ve learned to push the fears and insecurities aside. Another struggle I’ve had is the language. Being from Puerto Rico, my first language is Spanish, while I’ve worked very hard on my English trying to perfect it as much as I can, I know it’s not perfect, and it has not been easy getting to where I am now with it.

When I first started to learn it, I remember my mom bought all these educational games and programs to help me practice. She would make me read and watch everything in English and would make me speak English around the house all the time. I’m grateful for it because it not only nurtured my love for books and reading but it really helped me get a grasp of the language. Moving to Los Angeles was also a huge help in my accent reducing as much as it has. Surrounding myself day in and day out with people who’s English is their first language helped me learned the correct way to pronounce things and it has made my accent almost none existing. I think my biggest struggle with the language was not wanting to be put in the stereotypical roles that Latinos are put in. I wanted to branch out and be an inspiration to kids who have the same dream as me to pursuit it. I wanted to show the world, but mostly Latinos, that just because English isn’t your first language, doesn’t mean you can’t perfect it.

We’d love to hear more about your work.
As an Actress, I am very focused on taking care of myself and doing what is best for me and my career. I have concentrated my acting in film and television rather than theater because there is something about being able to be so vulnerable in front of a camera that intrigues me. While theater is the basis of all actions, and I will forever be grateful and supportive of theater, film and television allow me to not only explore a character’s many different lives but also allows me to explore my vulnerability and limitations as a person. It allows me to push past my comfort zone and explore new ways to bring a character to life. I love to explore a character’s internal battles and fears and discover what makes them act the way they do and what motivates them to make the choices they make, especially with drama and horror. When it comes to horror, I love to play around with the aspect of fear and creepiness to bring a story to life, to make people feel what the character is feeling. And when it comes to drama, I love to play around with the vulnerability and insecurities of a character, what makes them tick, what makes them smile, what gets them angry, or sad and what fills them with absolute joy.

There is a richness in my opinion, into playing different roles and exploring new ways of how to be a different person than yourself, that no other career could bring you. People are correct when they say that acting is a very competitive business, but just like every other business if you have the hunger, the passion, the drive and the motivation for it, then there’s nothing that could stop you from making your business succeed. As an actor, I’m always looking for new opportunities to grow, meet people, make connections, and just practice doing what I love. One way I found I can do all of these and also have an amazing time was by working at Universal Studios, Halloween Horror Nights. I’ve done Horror Nights for two years now and it has been a wild, intense but amazing experience. As much fun as Horror Nights is, it also allowed me to push myself past boundaries I didn’t know I had. It allowed me to grow not only as an actor but also as a person. It allowed me to meet amazing people, and make incredible friendships, plus it is a great way of exercising. I love doing Horror Nights, and I hope that I can keep doing it as my career grows.

Is our city a good place to do what you do?
Los Angeles is the best place to come if you want to be an actor, especially if you want to be a film actor. Not only is this where most of the big studios are, but it is also a place to meet people just like you. People who want the same things you do. People who will help you, support you, inspire you and guide you in the right direction. 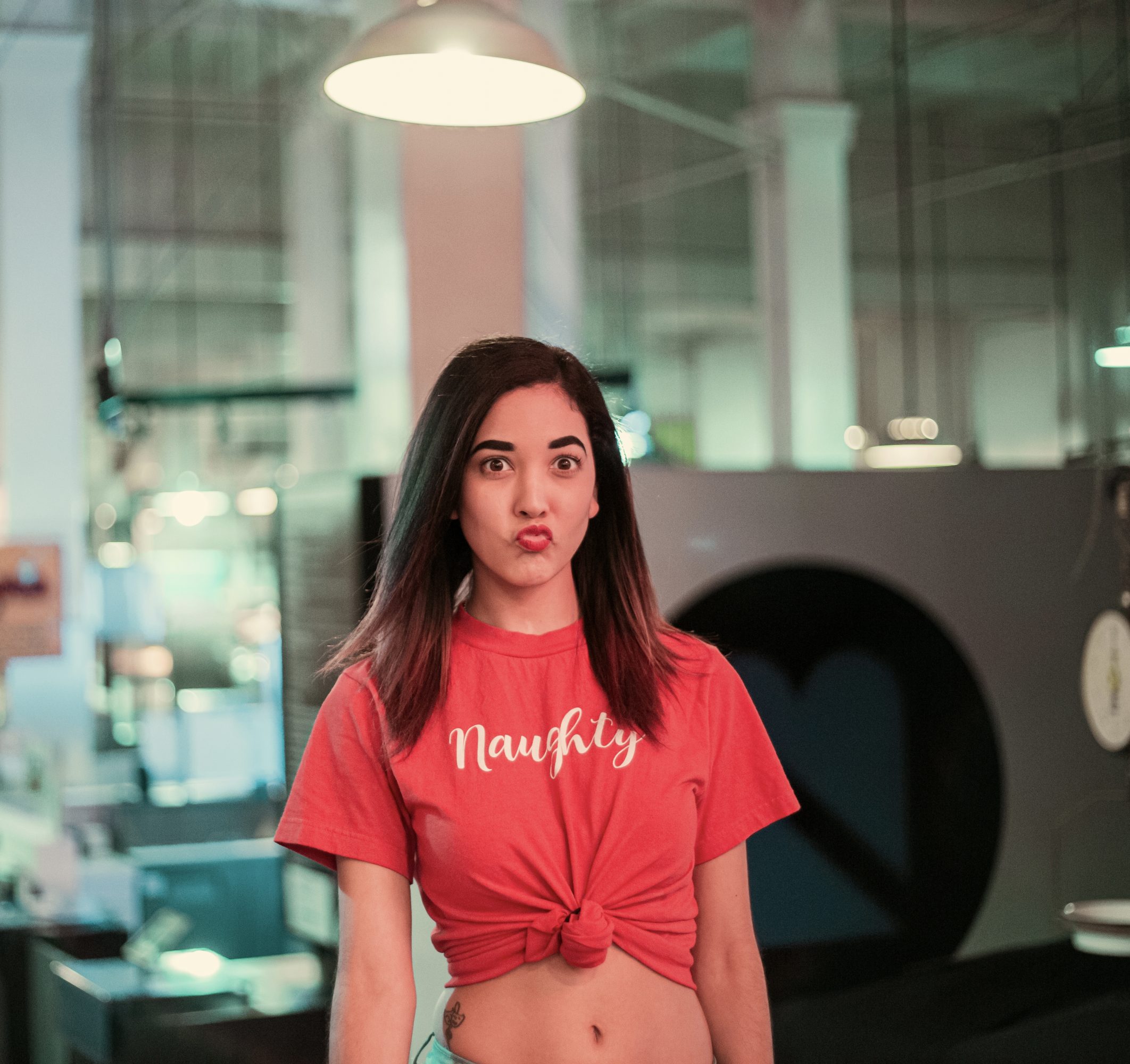 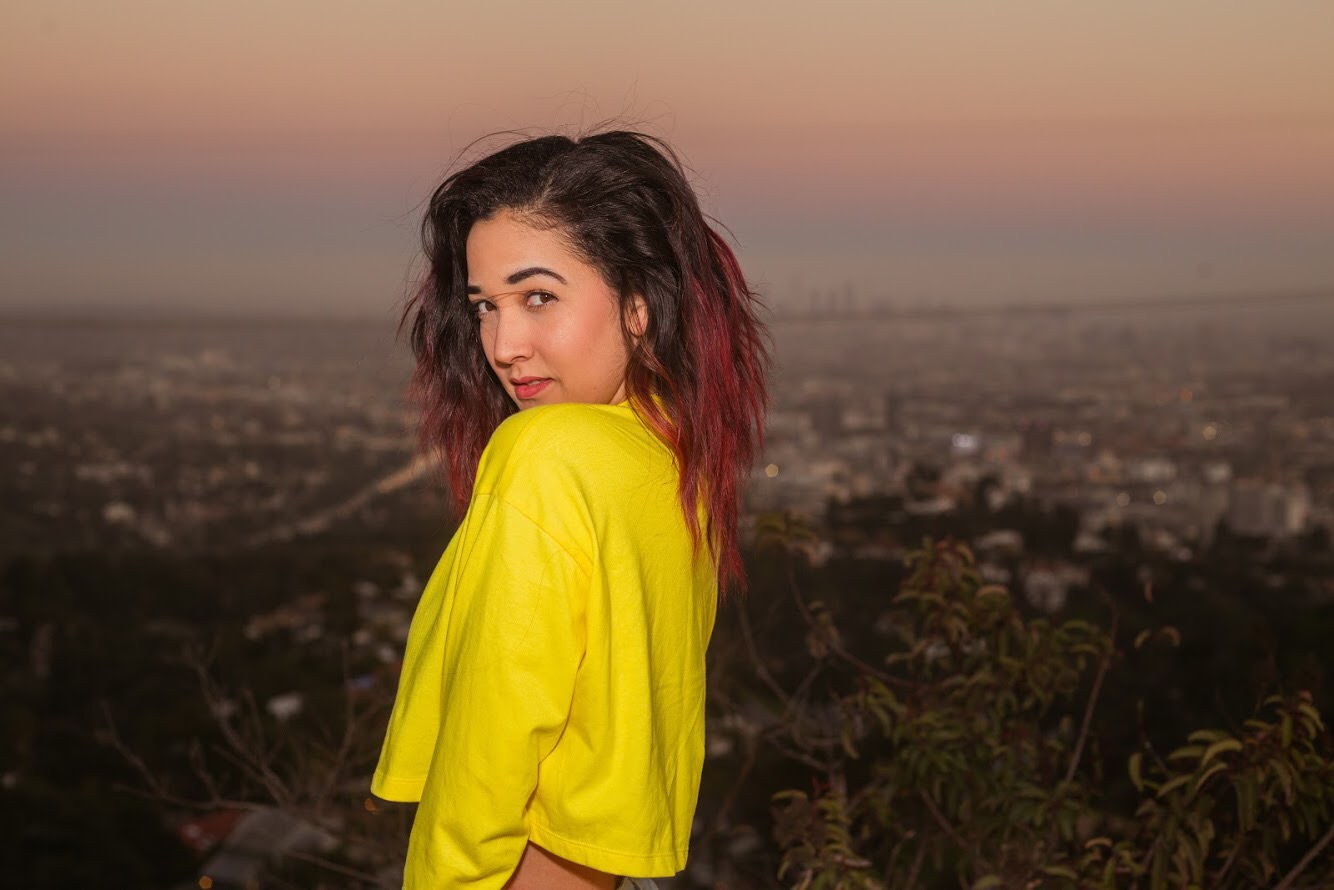 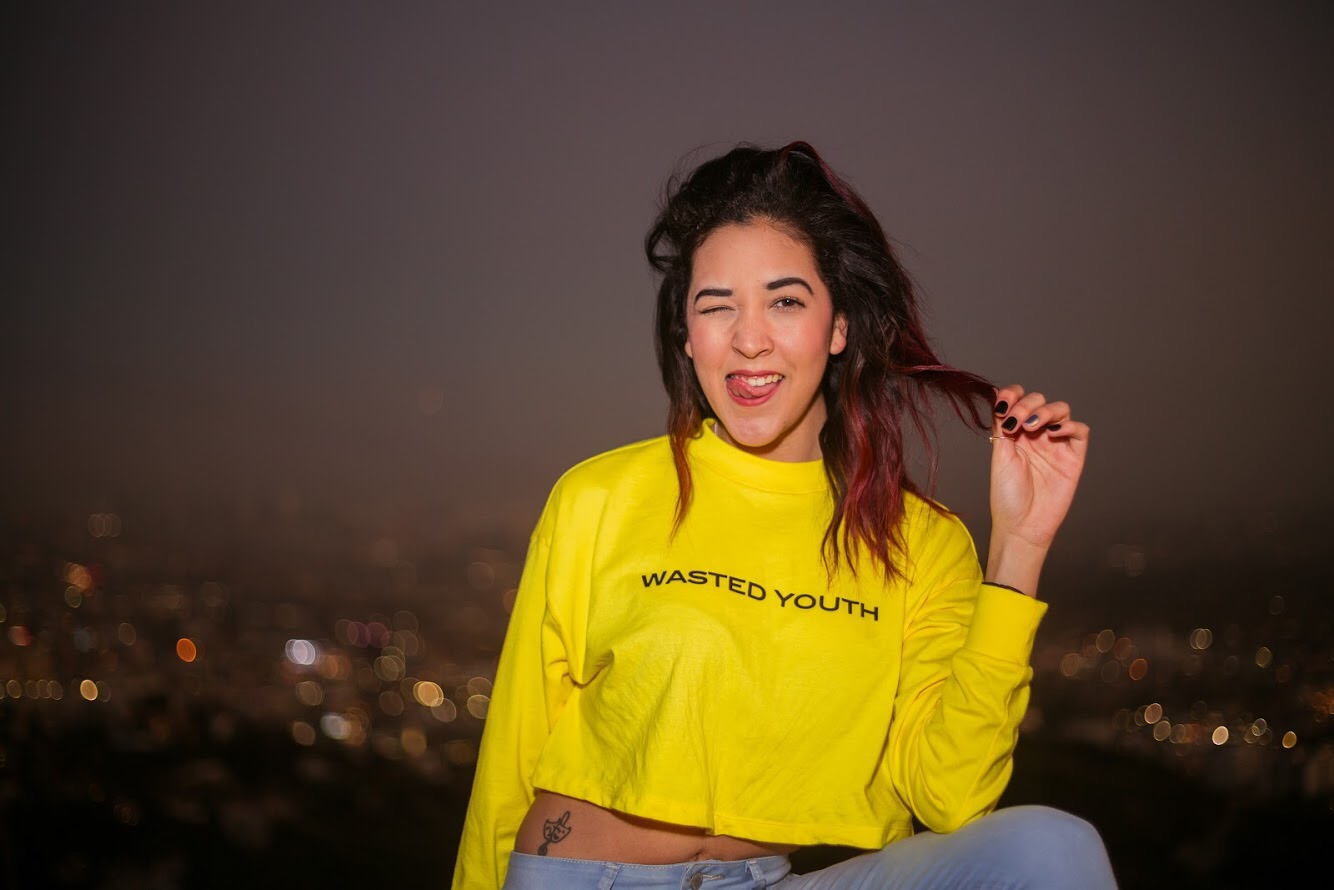 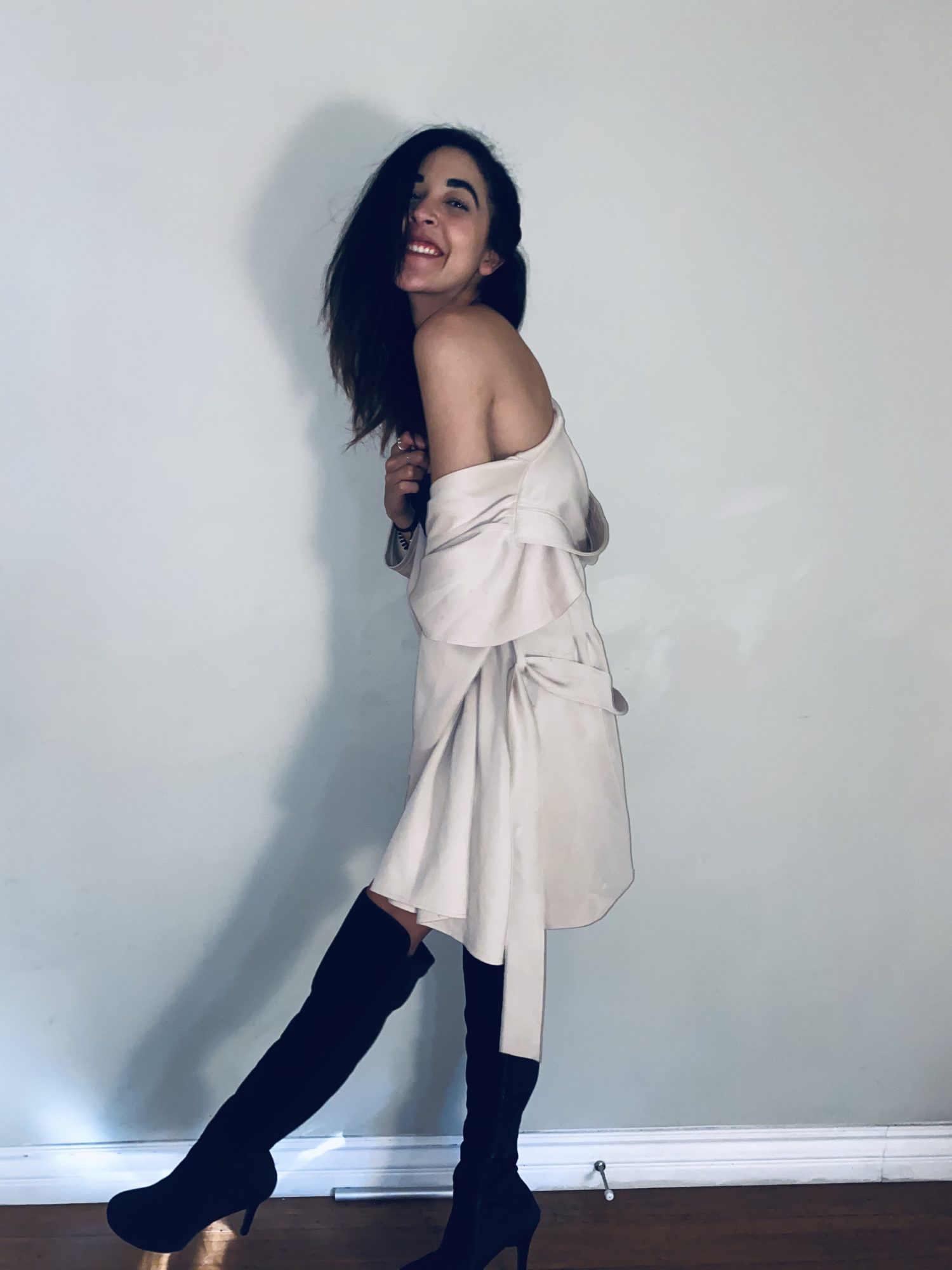 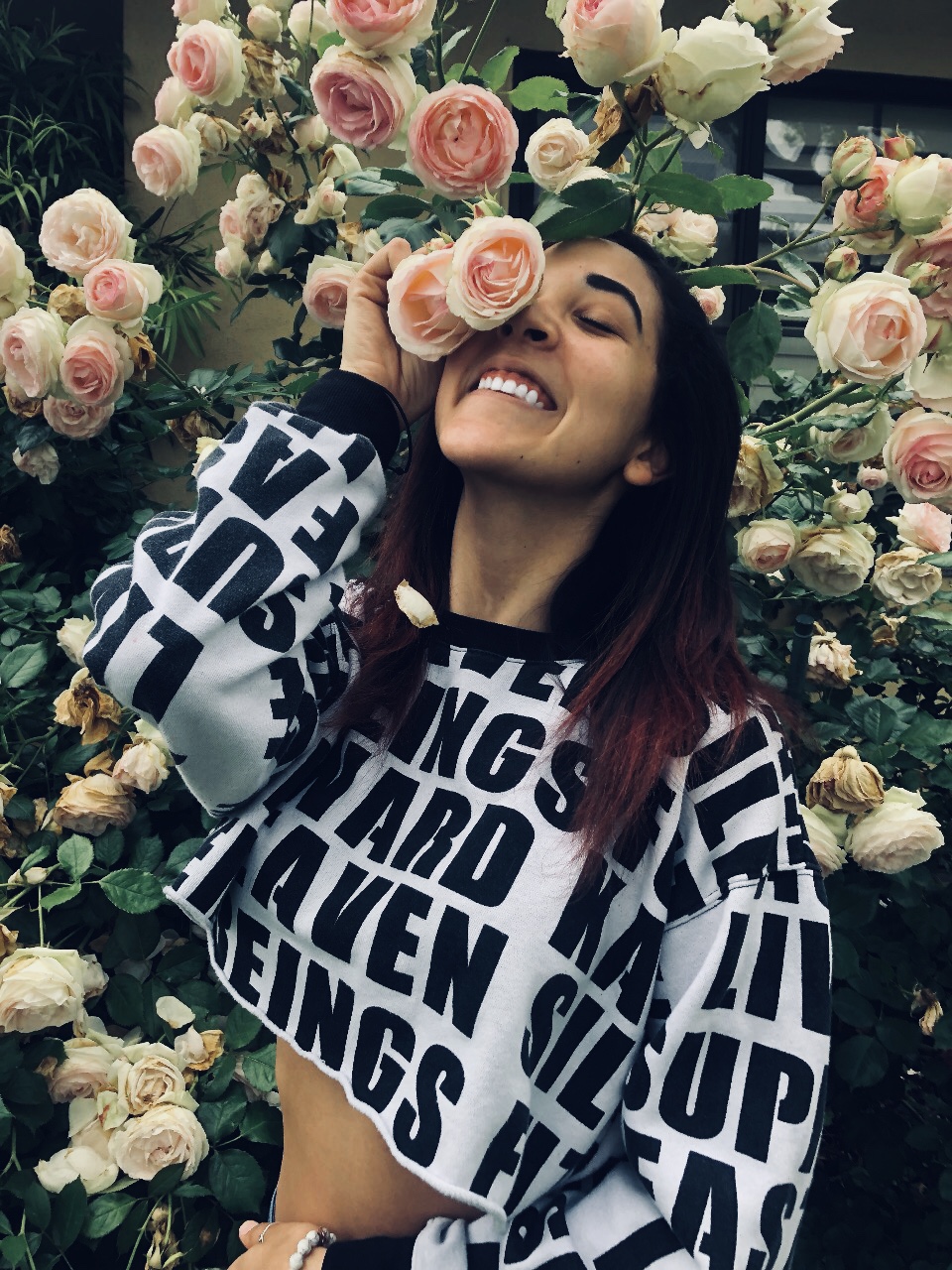 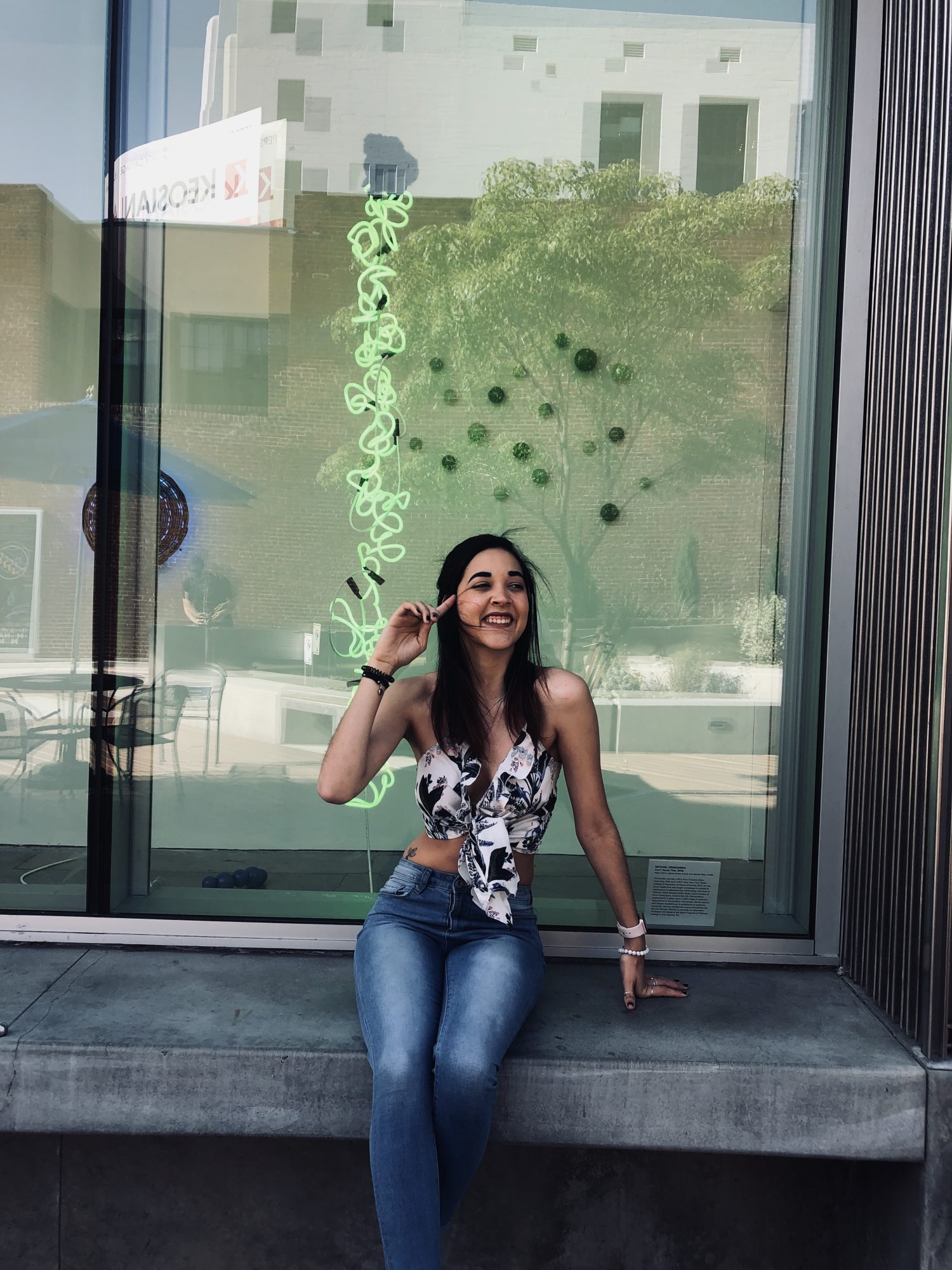