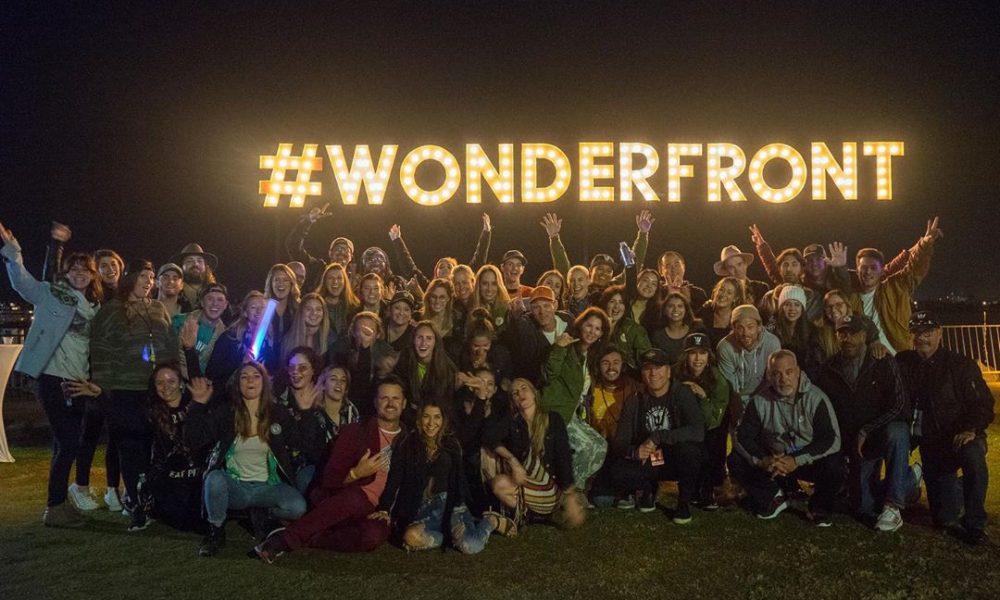 Today we’d like to introduce you to Paul Thornton.

Paul, let’s start with your story. We’d love to hear how you got started and how the journey has been so far.
I started by promoting spring break trips to Mexico, and college ski trips, for a vacation company called Ski Masters. I was living in Orange County at the time, as I grew up in Tustin, went to University of San Diego and Cal St. Fullerton and went to work for Ski Masters right out of college. All the entertainment I put on our trips turned in to working with bands and booking them into Southern California venues, and that led me to creating a company called Bravo Entertainment. After a couple of years promoting shows in Southern California, I saw a lot of opportunity in the Northwest and moved to Boise, Idaho. Within two years, we had become the largest concert promoter in Idaho and Montana, and over the next decade grew the company to be the 8th largest ticket seller in North America, the largest promoter in the Northwest US, doing over 700 shows per year across 19 states. We also opened up our own venues, created our own concessions company, our own ticketing company, and our own ad agency. I sold Bravo Entertainment in 2007 and started a company called TAG Presents, with a focus at the time of combining live entertainment into major sporting events. We produced the Honda Ski Tour, Jeep 48Straight and Jeep King of the Mountain events, and then moved the company to Austin, Texas to work on the Formula 1 United States Grand Prix at Circuit of the Americas “COTA”. At COTA TAG designed and opened the Austin360 Amphitheater (won Best New Venue in the World in 2013), did all the entertainment for Formula 1, created the Austin Fan Fest which drew more than 250,000 attendees, led the bid to win the ESPN Summer X Games for Austin and then produced the X Games with a new festival model which produced 5x more revenues and doubled their largest attendance to date, also created RedFest, as well as many other entertainment properties. TAG also led the acquisition of a professional soccer team bringing the Austin Aztex USL Pro soccer to Austin, as well as producing the City of Austin’s 2014 World Cup Watch party event.

TAG is also a founder and partner in Paragon Presents, an Austin, TX based company that promotes touring concerts in all size venues throughout the southwest, from theaters to arenas.

We’re always bombarded by how great it is to pursue your passion, etc – but we’ve spoken with enough people to know that it’s not always easy. Overall, would you say things have been easy for you?
Our industry never seems to be a smooth road, as it is inherently risky. Every event we do we are putting our money on the line. At the end of every quarter you hope you have more winners than losers, as not all shows are going to make money. However, along the way we have learned and grown our capabilities through our vast experiences to really know how to make the best educated decisions and have had a long track record of success in the industry.

And there is always lots of stress. In live entertainment there is no tomorrow for an event, it has to happen on that date or the event gets canceled. Especially with organizing large scale new festivals, like we did recently with Wonderfront in San Diego. This event was very unique to any other, in that in took over almost the whole downtown waterfront, utilizing parks, piers, boardwalks, lots and boats to create a 1.8 mile stretch of festival grounds. Organizing yacht parties, and water taxis, large boats with bands and bars moving people between parks, large activations, 10 stages, 129 bands, 29 DJ’s, for 56,000 people over a late November weekend was quite the feat to pull off. Working with the Port, City and Coastal to get all the permits approved, booking a big lineup for a first year fest, staffing the hundreds of team members to pull off the event, took a ton of work, and a lot of sleepless nights.

On top of that rolling out a new festival is always tough enough, even with a more standard single park venue. But couple the inherent complexities of a downtown waterfront event coming out at the same time the Fyre Festival documentaries hit on Netflix and Hulu, and Woodstock 50 Festival canceling (among some other large festival cancelations) and it created a public perception of fear about buying tickets to a new festival – especially one that sounded so massive as Wonderfront. We kept hearing over and over, “this is too big to be true, there is no way this will actually happen.” But we pulled it off, to rave reviews, and fans loved it. It was certainly a major challenge, but ultimately just fired up myself and our team to succeed.

So let’s switch gears a bit and go into the Wonderlust Events llc dba Wonderfront Festival story. Tell us more about the business.
At TAG Presents our company specializes in developing live entertainment events. We especially understand how to wrap the right live entertainment around sports events and teams to create a 1+1=3 success story, creating new revenue streams and broadening the sports fan base. It’s a fine line in how you utilize entertainment to celebrate a sport and not overshadow it, and that is something we have learned to do extremely well over the years. We also excel above our competition at creating participatory activations for events and sponsor brands that develop amazing touchpoint experiences for attendees that are real and lasting and highly marketable. Sponsors love working on our events as they receive a much higher ROI on their investments because we don’t just sell sponsor space like most events, we have a full activation team that works up the strategy of the activation and executes on it, so that a real benefit is created for the attendee, which thus creates a more emotional touchpoint for the brand to that consumer.

I am proud of the fact that we have never sold out, we have always stayed independent turning down the major conglomerates offers to acquire us and still been able to have strong success in a tight marketplace. We are one of the few independents left operating in live entertainment at the highest levels.

And with Wonderfront Festival, we are extremely proud of the first year event we put on in Nov 2019. It was a ton of work, but the experience and joy we gave people was incredible. The social posts from attendees, the media reviews, the artist notes to us, the sponsors excitement, it was so amazing to read all of it. When you launch a new project like this, to be successful you have to put your heart and soul into it, so when it happens and you give people a weekend of joy, that feeling is a high like no other. And that is what I love about doing this as an independent, and why I believe we have such success, in that we aren’t a conglomerate farming out the work in a ton of different directions, instead we are the ones with the vision, developing the action plans, and executing on it ourselves. We are able to look at a project like Wonderfront from the eyes of what does a true festival fan want, instead of being beholden to accountants on Wall Street worried about stock prices. We knew it would cost us some F&B sales revenues by letting people come and go as they pleased throughout the weekend, but overall it makes the experience that much better for the attendees and the whole city, as this integrates the whole downtown into the festival experience. And yes, it costs us a lot more money to create these yacht parties and water taxis and open them up to every ticket holder, not just VIP’s, but that makes the experience that much more amazing for every single attendee. Creating all the games and hands-on participatory activations costs more money, but it really enhances the guests full weekend. It’s more work, but the extra experience and that reward for our guests is all worth it in the long run.

The passion our team has for really thinking through everything we can deliver in every minute to a guest, to make their weekend absolutely amazing, and then executing on that – that is what truly sets us and our events apart from others.

Has luck played a meaningful role in your life and business?
I have a bit different view of luck. Obviously somethings can just be ‘lucky’, out of the blue happenings. But for the most part I think we make our own luck. Because luck actually happens to us when we have prepared ourselves to grab those moments when they arise. We have done the hard work leading up, so when that ‘lucky break’ arrives we are able to move on it and execute. There are millions of opportunities that present themselves to people that never get grabbed because too many times people hadn’t prepared themselves to even notice the opportunity, let alone act on it. Those are the lucky moments you never hear about because they weren’t grabbed.

I do believe Luck Favors the Bold because the bold are the ones putting themselves out there, doing the hard work, creating the right situations and opportunities to find luck.