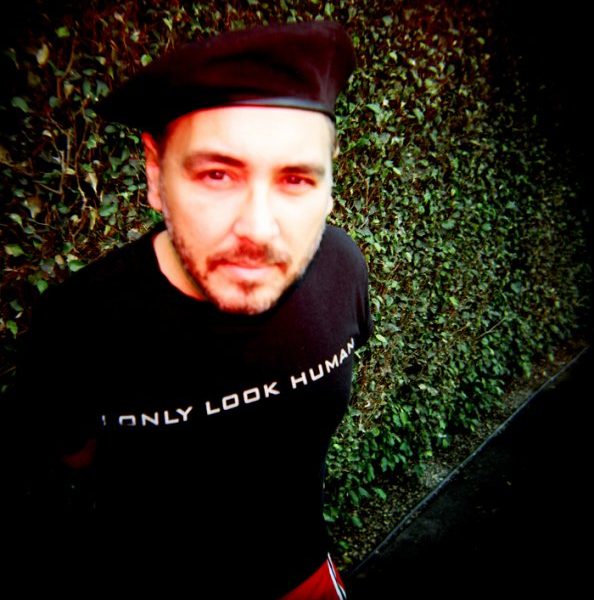 Today we’d like to introduce you to Paul Sanchez Yates.

So, before we jump into specific questions, why don’t you give us some details about you and your story.
I am an odd, genderqueer, Hispanic, Punk Rocker, filmmaker/artist/Surrealist, FROM the cisgender bastion of privilege, racism and homophobia known as Reagan era Darien….AND Due to my mom’s alcoholism—became homeless, did not graduate high school, lived on the streets of NYC and CT, but later got accepted to NYU Tisch for my photographs of my punk community…and, much later, graduated AFI. Let me explain —

So I grew up in Darien Connecticut. (Don’t hold that against me). If you ever saw Ang Lee’s THE ICE STORM—it is precisely the same time/place/era I grew up in…right up to the actual Ice Storm in the movie. That Ice Storm is the first weather event I can remember—it was beautiful and scary. I went for a walk in that newly ice-covered world and couldn’t leave my own driveway… this is when I was 6. We lived in that rich town, a rich white town, so white, in fact, that after my father took off, my mother changed our name from Sanchez to her Anglo name of Yates—to protect us from the inherent racism.

We were poor and lived in a two-room apartment over a rich lady’s garage. My mom sold sewing machines out of that garage. She then was a dental hygienist’s assistant. Then she was a secretary at an advertising company. She quickly became vice president of that firm and wrote a slogan to help Reagan get elected. She then started her own Ad firm as president. We moved into a very small revolutionary war era house, but it was ours—and I got an ATARI—we had BECOME! This was still in the MAD MEN style era of a boy’s club with 10-4 hours with 2 hours off for a martini lunch. Well…my mom had to keep up, unfortunately, her martini lunches turned into Jack Daniels days and nights. She lost her mind. She attempted to murder her children. We lost our house. She disappeared. I lived on the street. I was 15. I did not graduate high school. I was homeless for years. But wait, can I go back for a second?— I’ve been a filmmaker and photographer ever since I can remember. One of my first Christmas presents was a kodak 110 camera kit. It had like 100 pieces and when assembled it was a working camera, my first picture was a self-portrait in the mirror. On the film front, I also had a super-8 camera—I would force the other kids in the neighborhood to be in my war movies, other using giant Tinkertoys at weapons, but… then I saw Star Wars.

I was 10, and I was on the beach, in late May, with my class for field trip to look at tide ponds…when my Uncle Jimmy drove up and told me that he had seen the best film ever and that I had to go with him to catch the 2:30 show. I did, it was the 70s, the school probably knew him or didn’t care. We went to the local theater and saw STAR WARS. I was blown away. When it ended, we raced back to my house to pick up my younger brother and my mother and we saw it AGAIN that night. I immediately wanted to make STAR WARS on super-8 – scraping the film to make laser blasts. Star Wars made me want to be a filmmaker—Punk made me an artist.

Just when my mom’s, and my, life was falling apart, I discovered Punk Rock and then Hardcore. Punk was a community of likeminded wierdos, who would be beaten up on a regular basis for just wearing a safety pin for an earring…woe be it the Punk who had funny hair or dark skin or who was flamboyant about it. In my scene, we were an intelligent, inclusive crowd, who’s essential motto was to “Reject. Assess. Accept.” Reject what society tells you, especially if it smells like B.S. Assess the world on your own terms. Accept what is morally acceptable….and be unique and weird while doing it.

So I lived on the streets of CT & NYC for several years, often helped by another member of my Punk community…but then I was accepted into NYU Photo based on my Punk Rock photos and self-portraits. (LATER the MOMA collected a book of my self-portraits into their library.) I was homeless while attending so I dropped out six months later BUT, I then put myself through the Film Conservatory at SUNY PURCHASE…then I toured with Moby as his keyboardist and documentarian. We played many shows including Lollapalooza ’95, Late Night with David Letterman and Woodstock ’99. One of my short films SPACE WATER ONION was in several festivals and had gotten some attention, and Iara Lee contacted me to shoot the first ever history of electronic music/techno documentary MODULATIONS. And on the heels of that, I made my first feature…the PG 13 musical comedy ALIEN SEX PARTY…which takes place in an adult video store on Christmas eve.

I then was accepted to AFI. Since AFI I have been, AD-ing, Directing music videos, being a husband to a former Buddhist Monk-artist-force-of-nature, and a dad. Writing like crazy. It seems, if you’re not the son of someone famous, you have to create your own project to direct. I’ve been writing scripts and pilots. I had a LIFETIME MOVIE on last year called THE LANDLORD aka FATHERLY OBSESSION…

We’re always bombarded by how great it is to pursue your passion, etc – but we’ve spoken with enough people to know that it’s not always easy. Overall, would you say things have been easy for you?
Having been homeless, I’ve seen that most people that have a safety net never really know what it’s like to be one moment away from homelessness. Homeless kids get kicked around a lot. They are often blamed for their homelessness–although the blame is often subconscious. And no one wants you around longer than a “polite stay”. Your life becomes cheap. Your life is often threatened. Your safety. Your health. That is also why I became a vegan 30 years ago. I figured if I couldn’t control my external environment, I could control what I put into my body…

We’d love to hear more about your work and what you are currently focused on. What else should we know?
My background, homelessness, poor P.O.C. surrounded by rich white WASPs (an outsider–who was inside–still looking in from the outside), combined with my Hispanic heritage, gives me a unique perspective, a deep sense of empathy, and a wealth of knowledge and experience that I bring to my work. It gives my writing voice a unique note of sincerity I don’t often hear in TV.

So, what’s next? Any big plans?
I have been writing like crazy. It seems, however, if you’re not the son of someone famous, you have to create/write your own project to be able to direct–and that’s fine as I want to create my own shows anyway. I’ve been writing scripts and pilots. I had a LIFETIME MOVIE on last year called THE LANDLORD aka FATHERLY OBSESSION…
But recently I’ve been getting a lot of attention/meetings for a Pilot/Series I wrote about an odd, Hispanic, Punk Rocker, ROMEO(15) in his search for Identity with his misfit band of punk-rock friends as they battle racism, homophobia and general assholery, when his White, single mother, Judy, aiming to settle a score with her estranged parents, moves their family back to her childhood hometown, an affluent, deeply conservative, lily white, cisgender, Regan-era, shithole known as Darien, CT. in 1982. (the actual home of the Stepford Wives). The series takes place 1982-1985. It’s really The Young Ones meets Mouchette.

Because a pilot and series is an expensive endeavor for studios, they want a tried and true director to direct the pilot. I don’t want my pilot directed by a cis-gender, white male…they’ve done that too much already and we’ve reached white male saturation in story-telling and that is why I am not represented on screen very much. So, I am trying to reach out to directors who are not cis-gendered straight white males…and who have the voice of the outsider in their souls. People like Gus Van Sant (who is from my home town btw) or Patty Jenkins who is also an AFI Alum AND, I hear, was a Punk/Hardcore kid at exactly the same time I was…she’d be a perfect fit, I suspect.

Strangely enough, I am also the singer in a retro-german-techno band. I sing in English and german, and we’re called SCHAUMGUMMI. There is a new single coming out this year and hopefully an album right after. 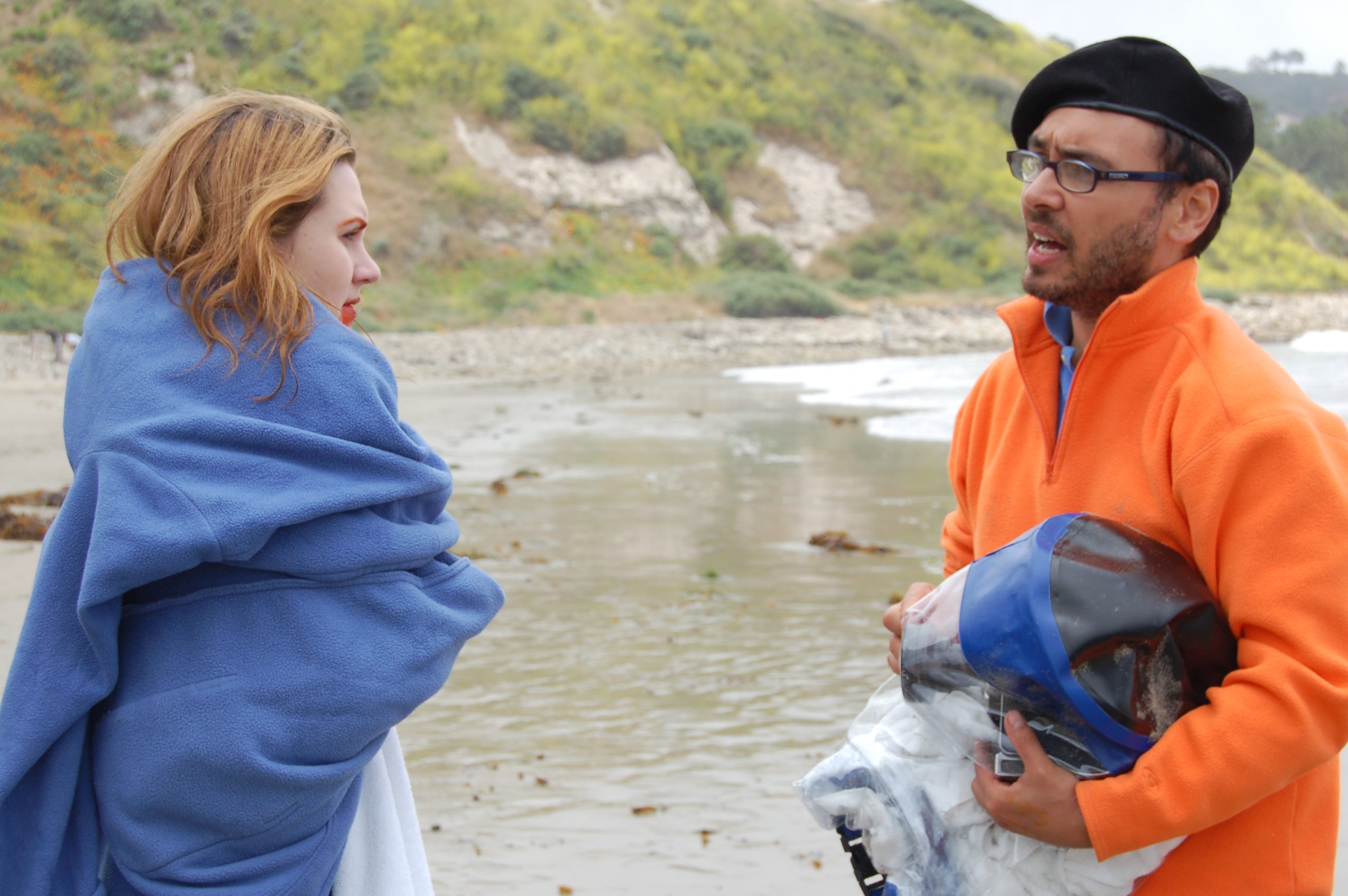 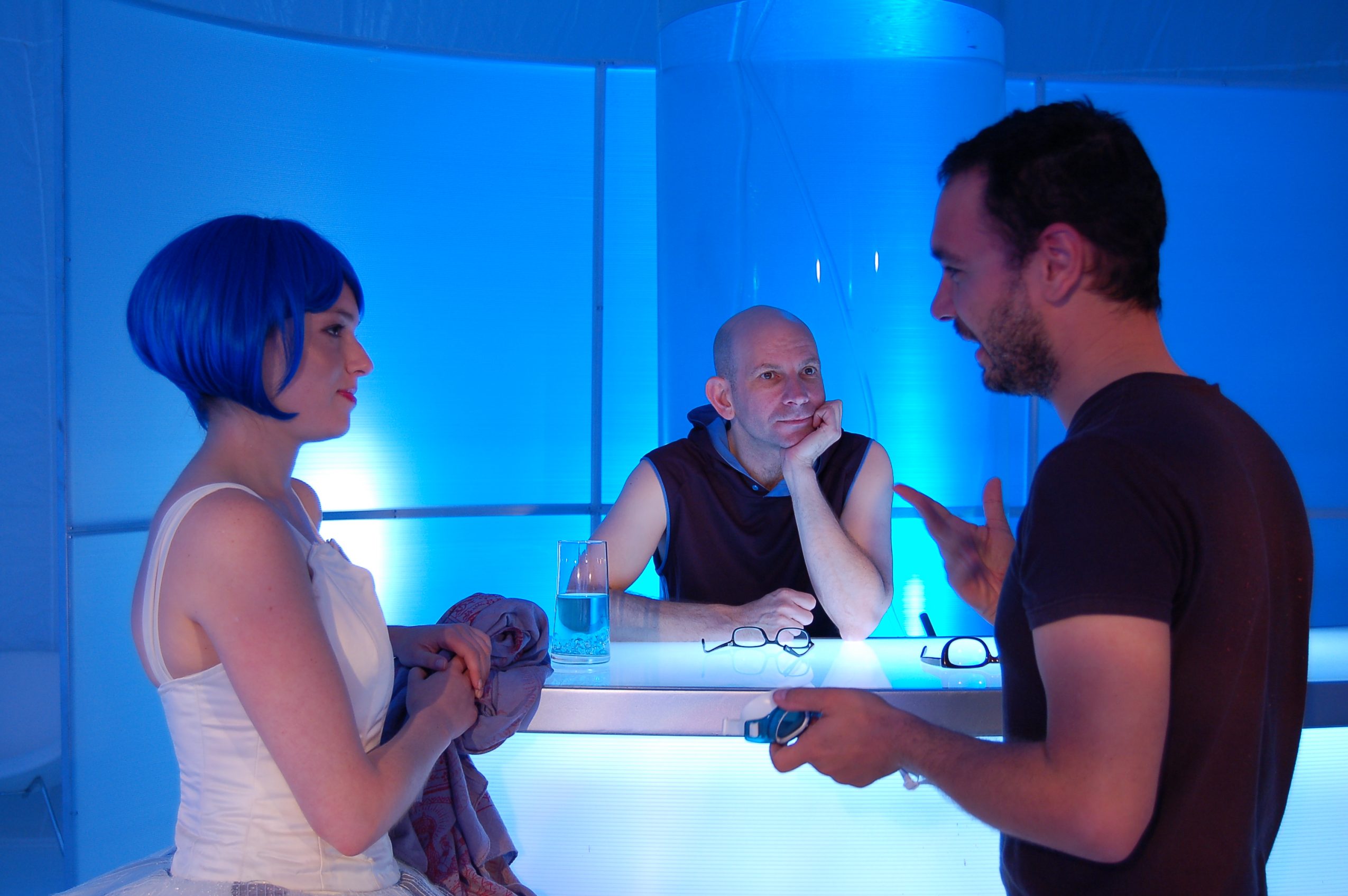 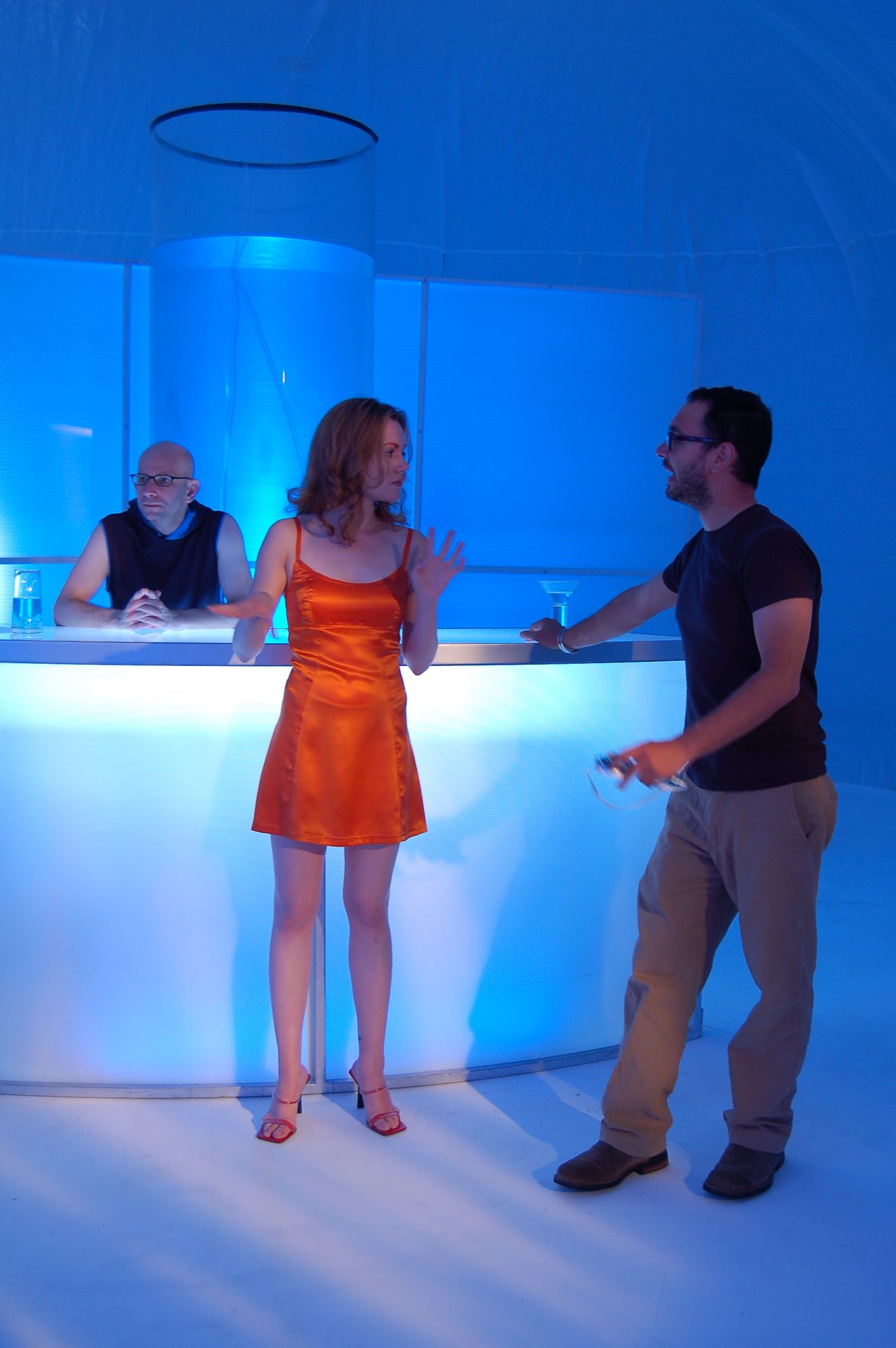 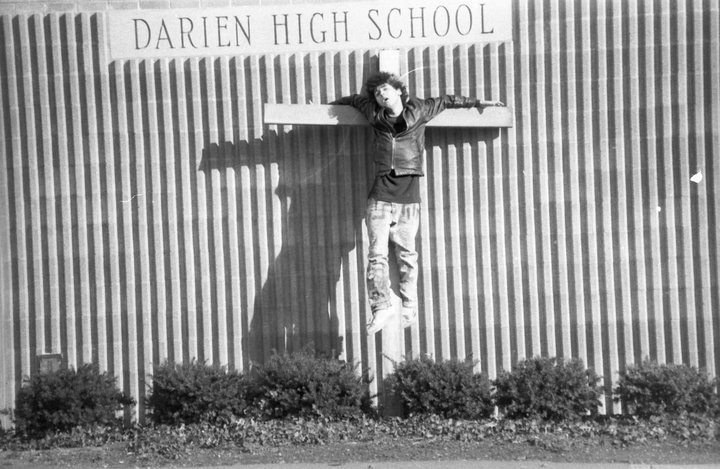 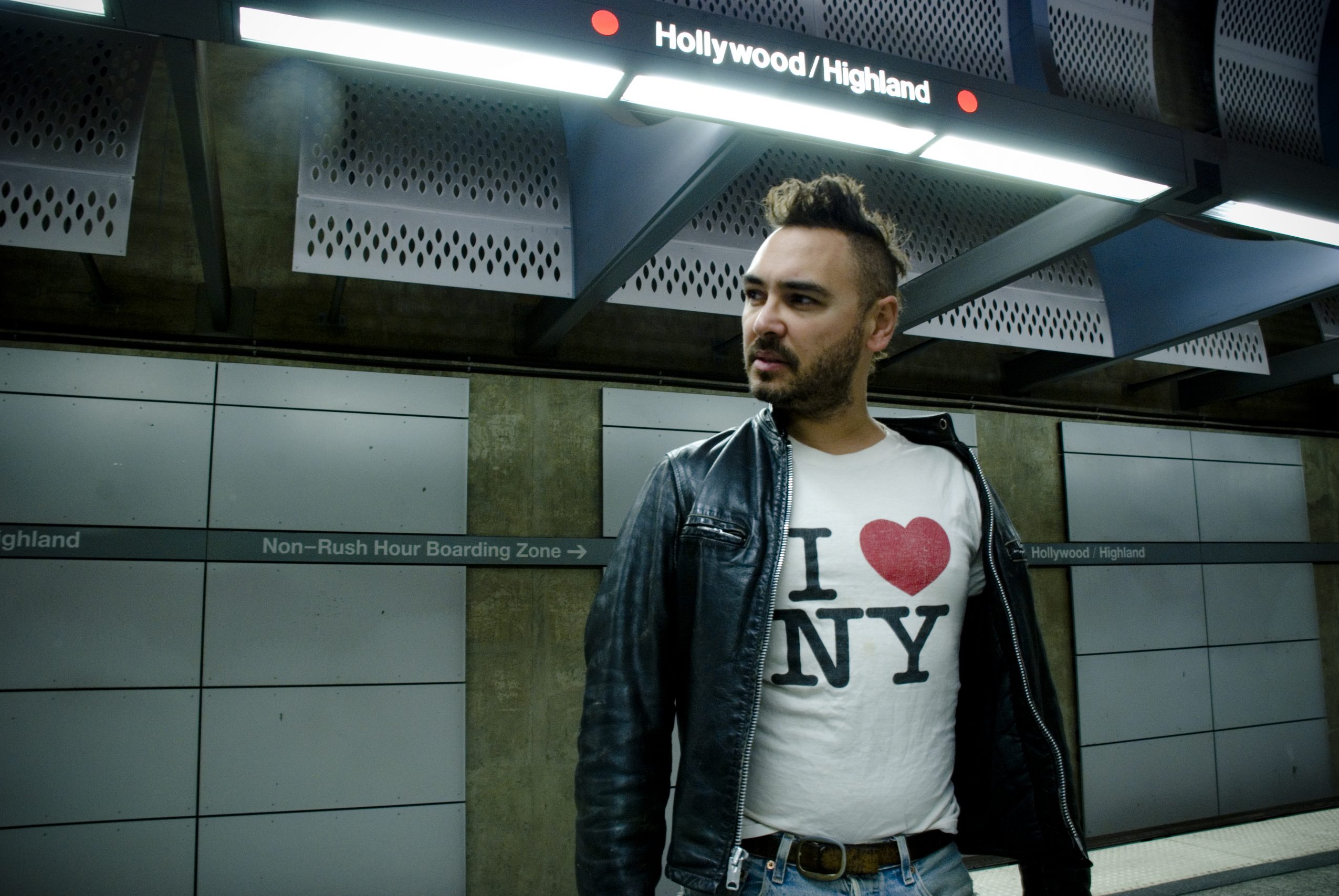 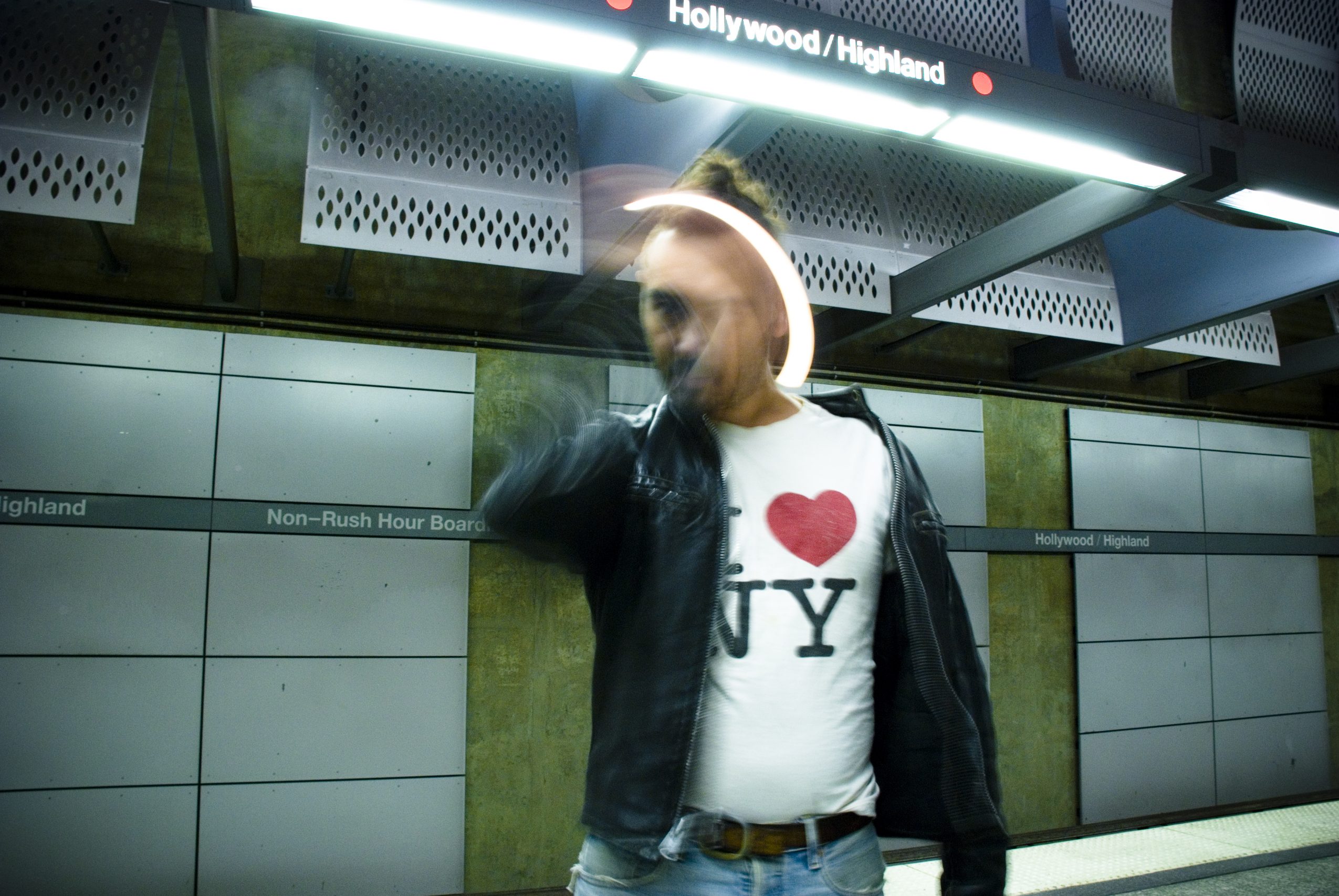 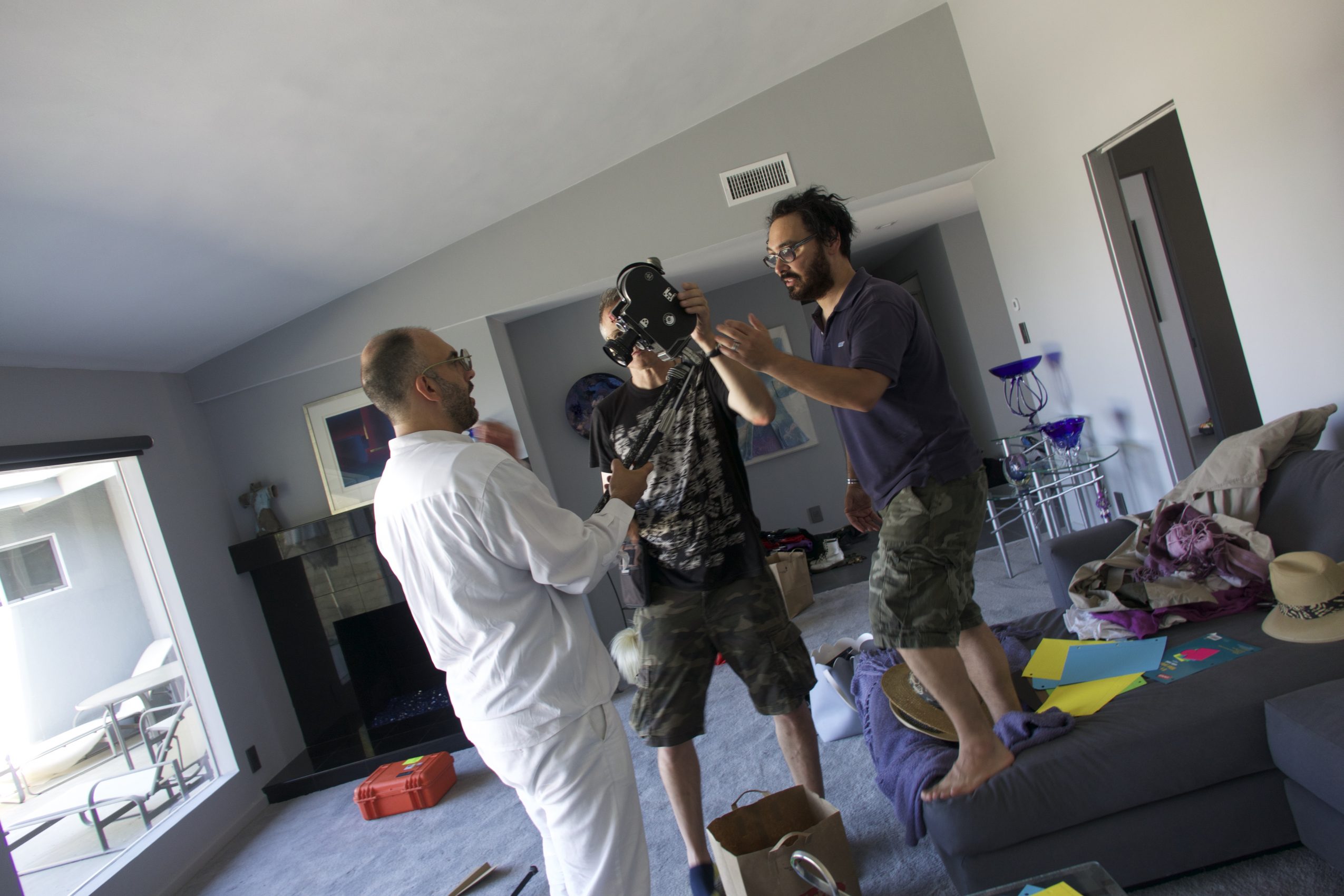 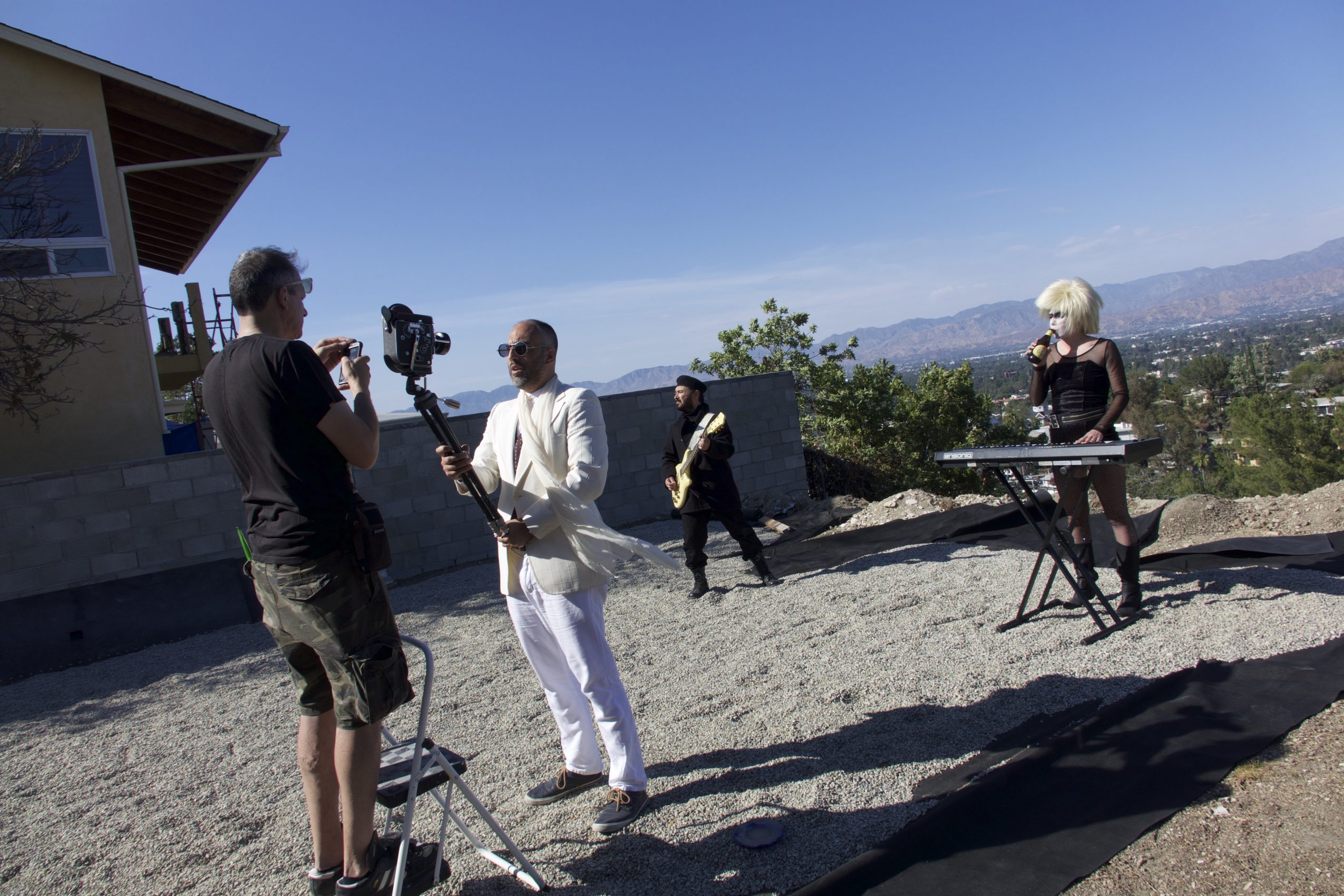 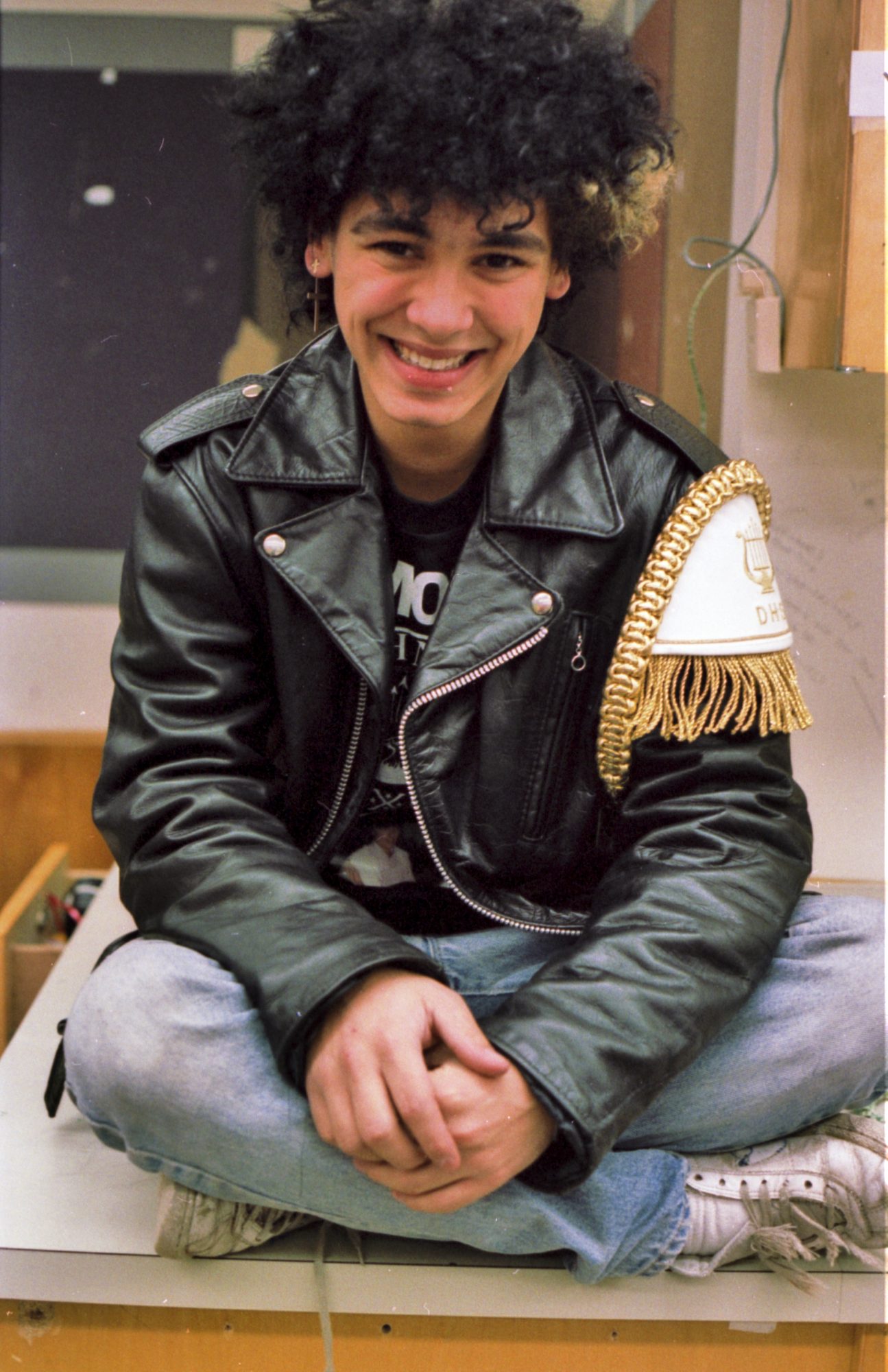 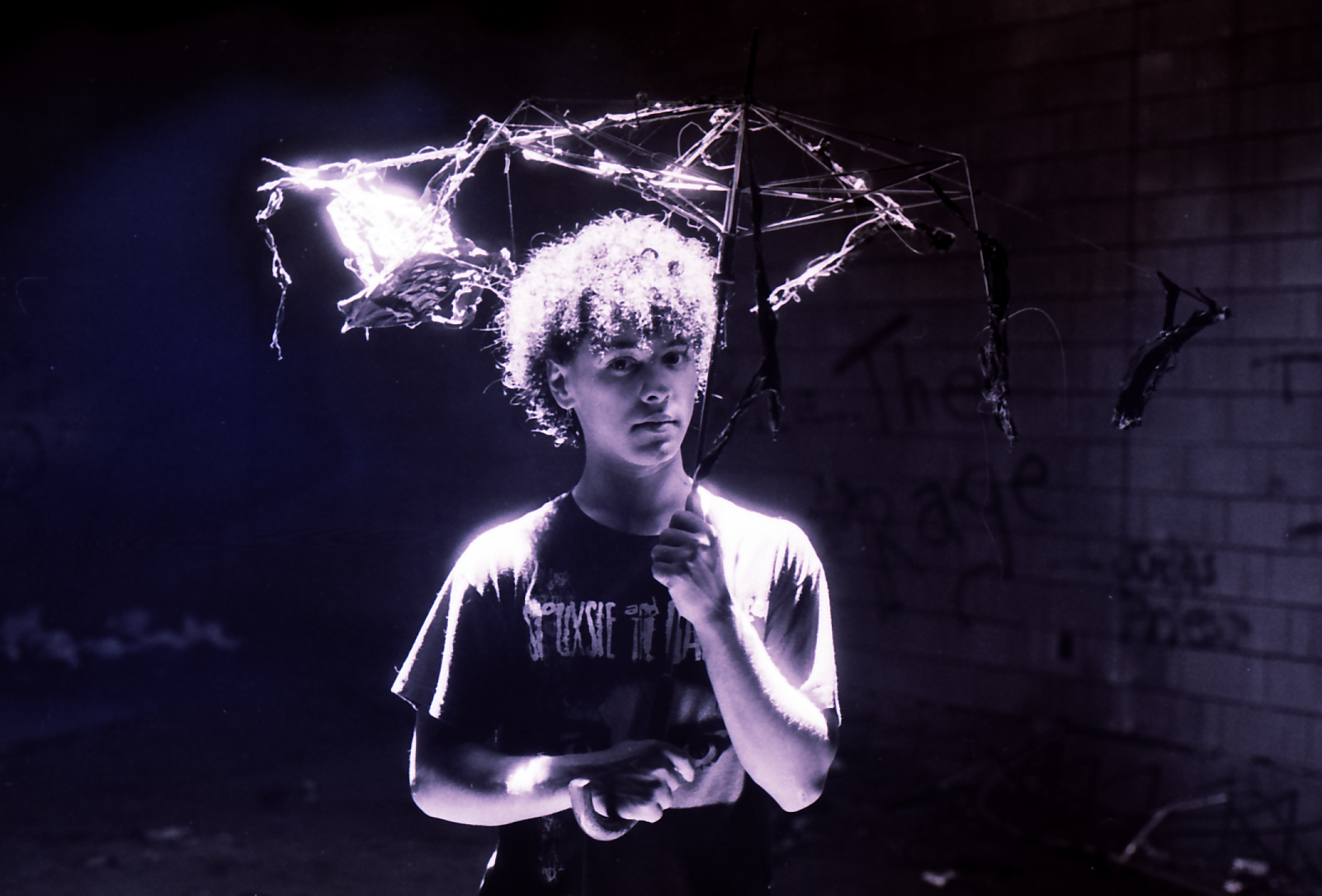 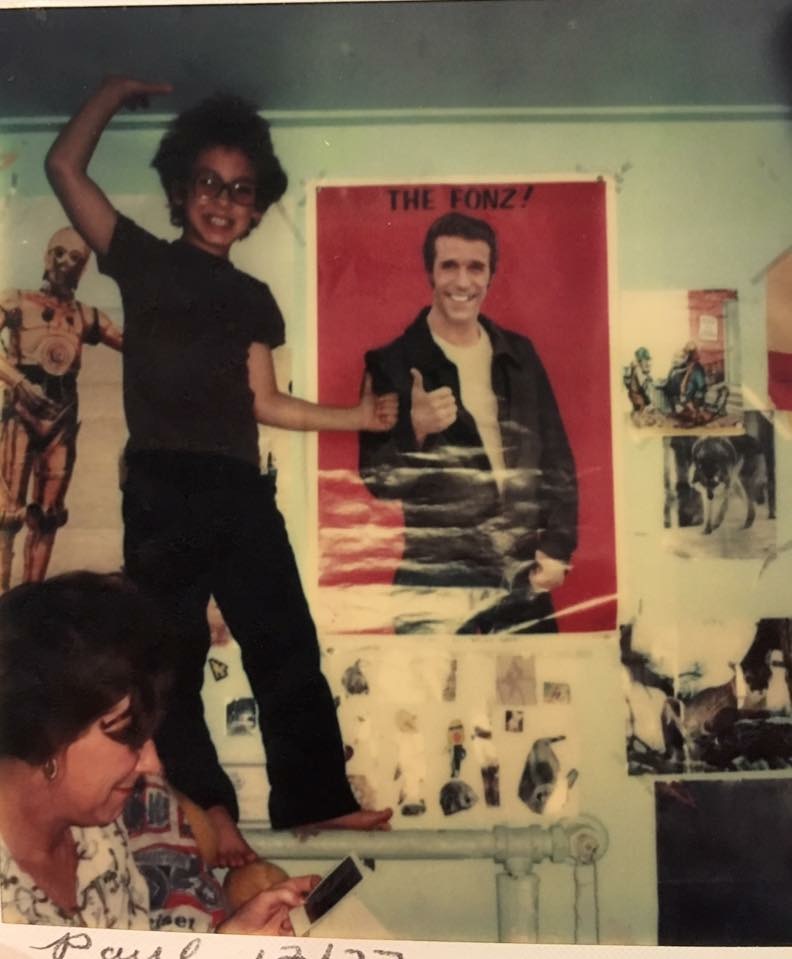 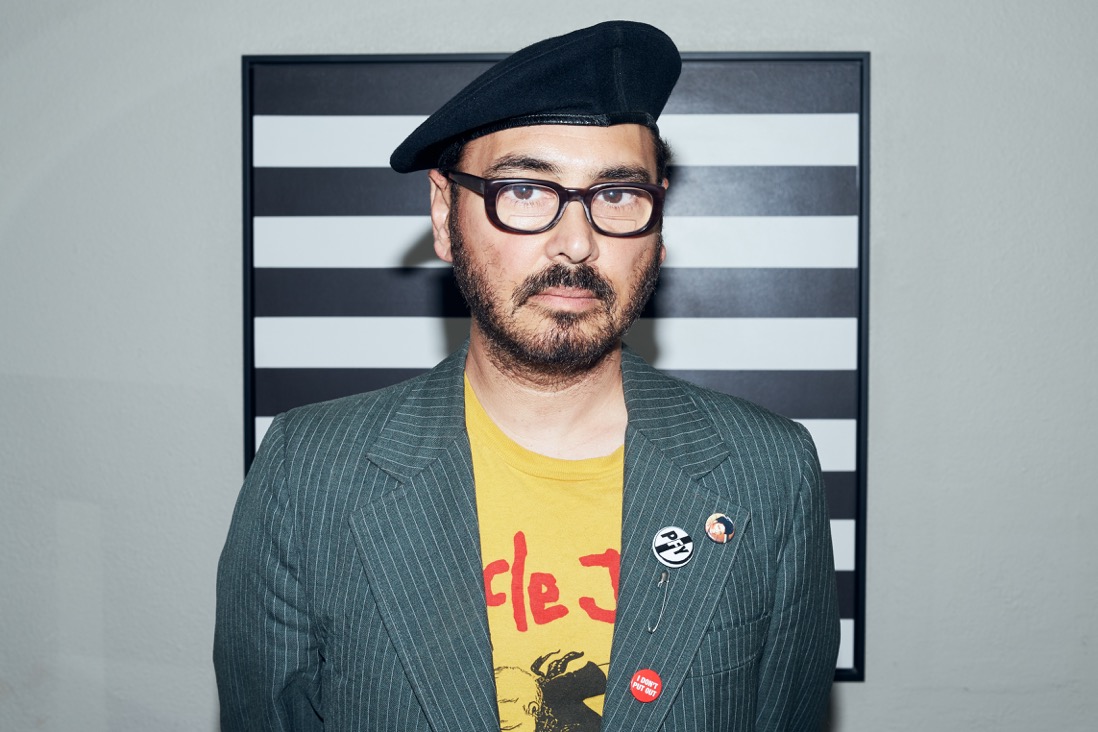 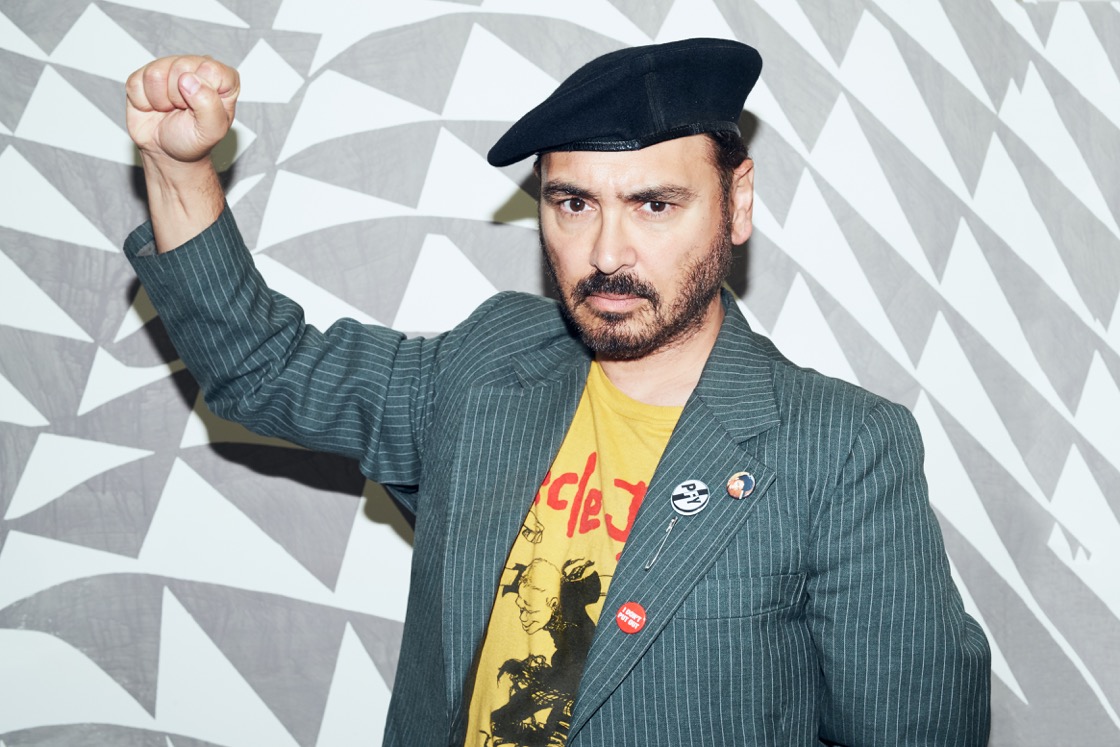 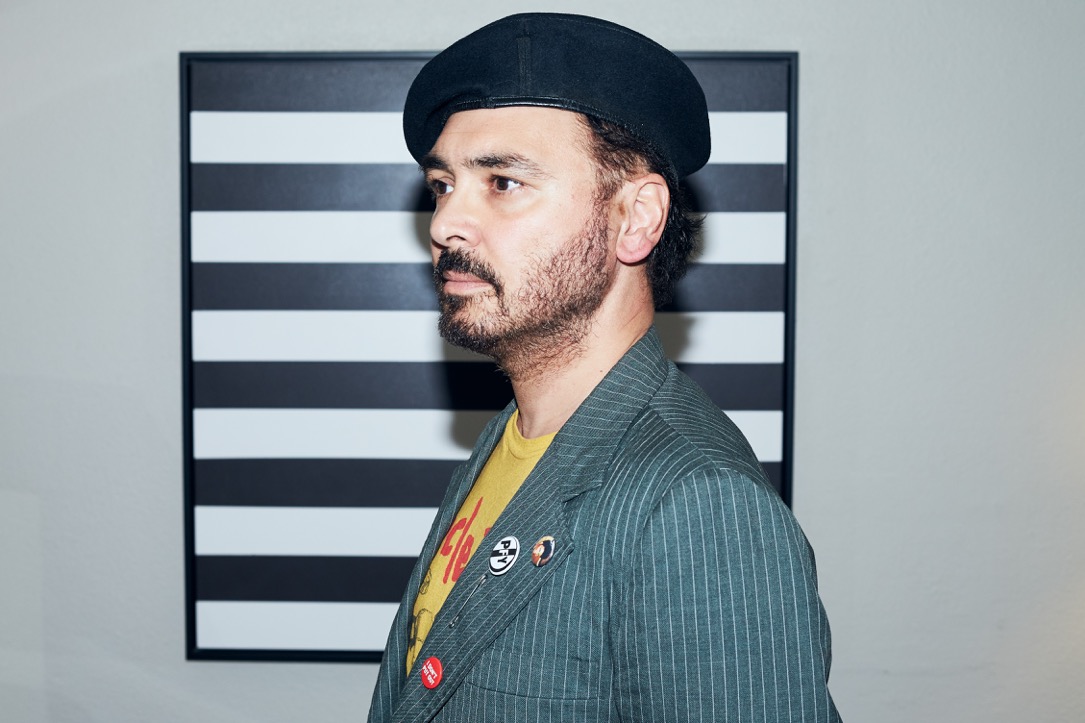 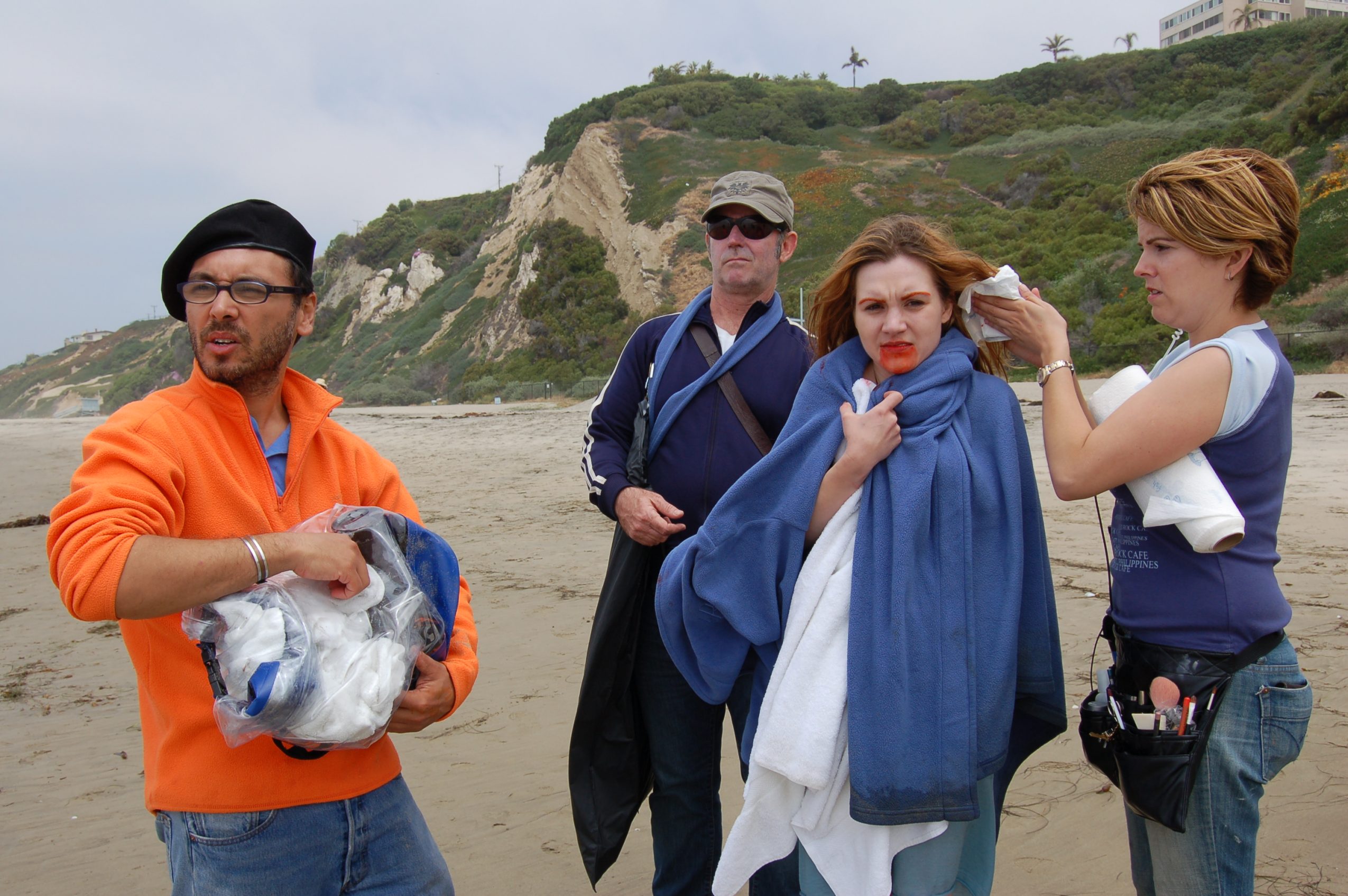 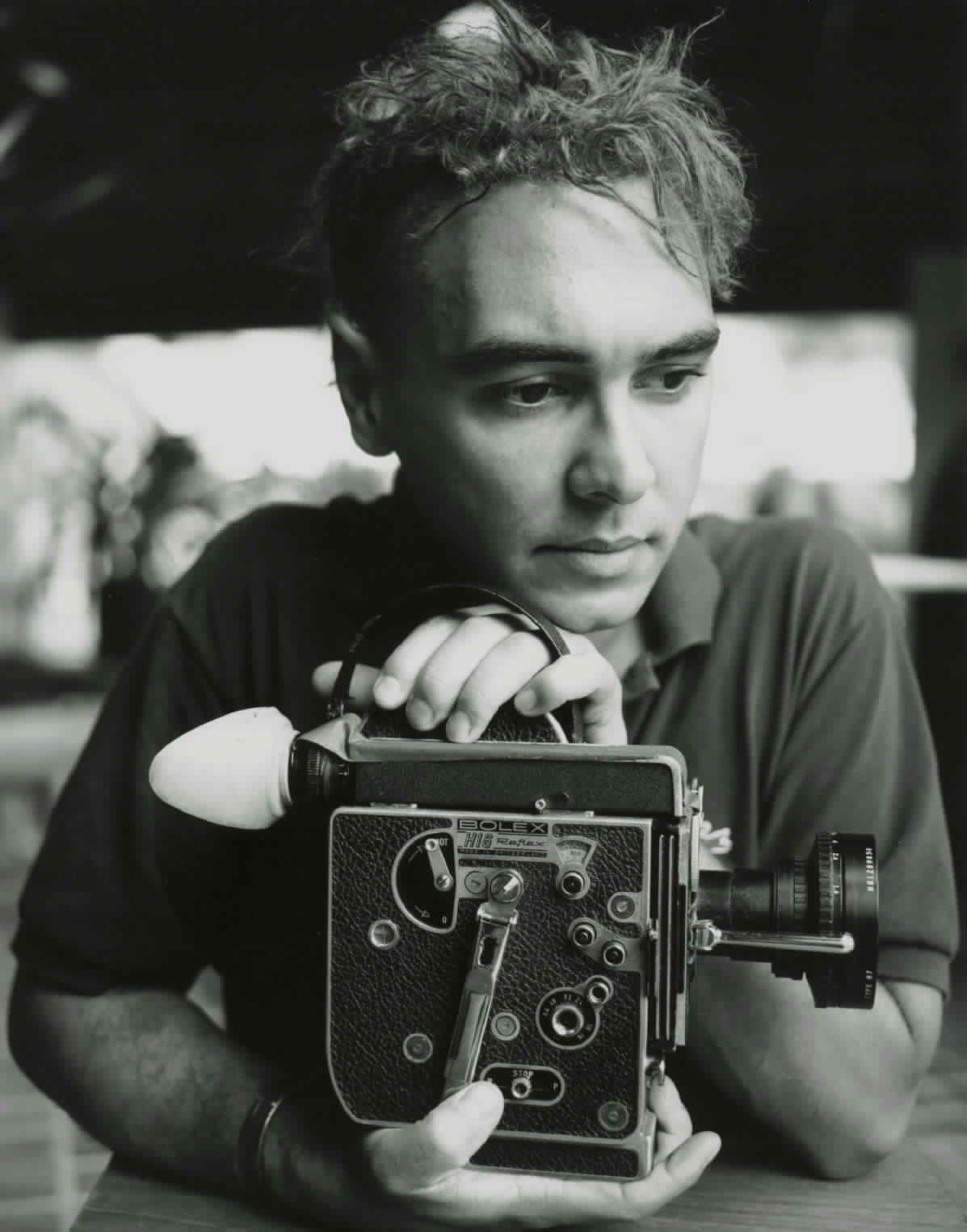 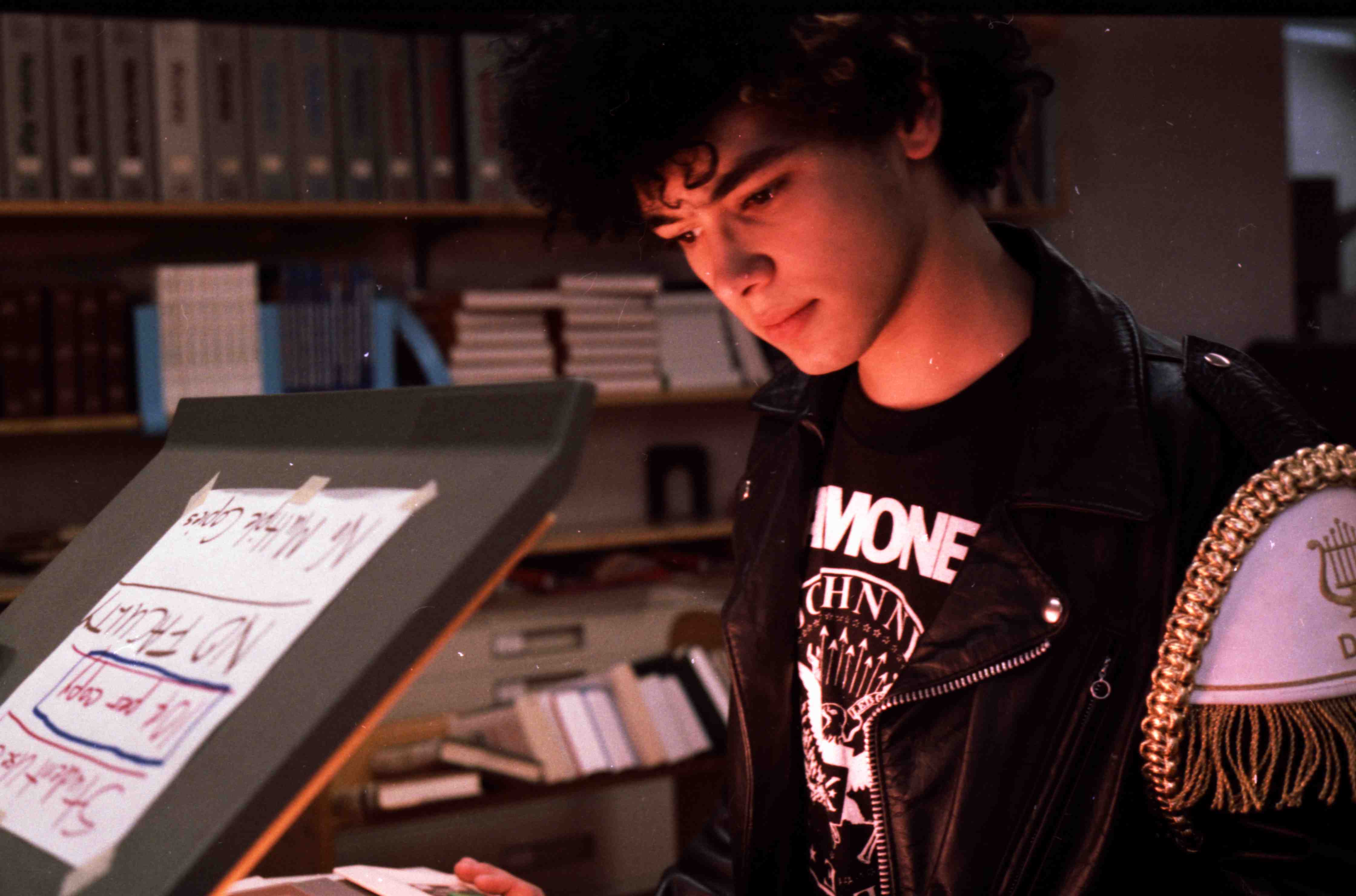 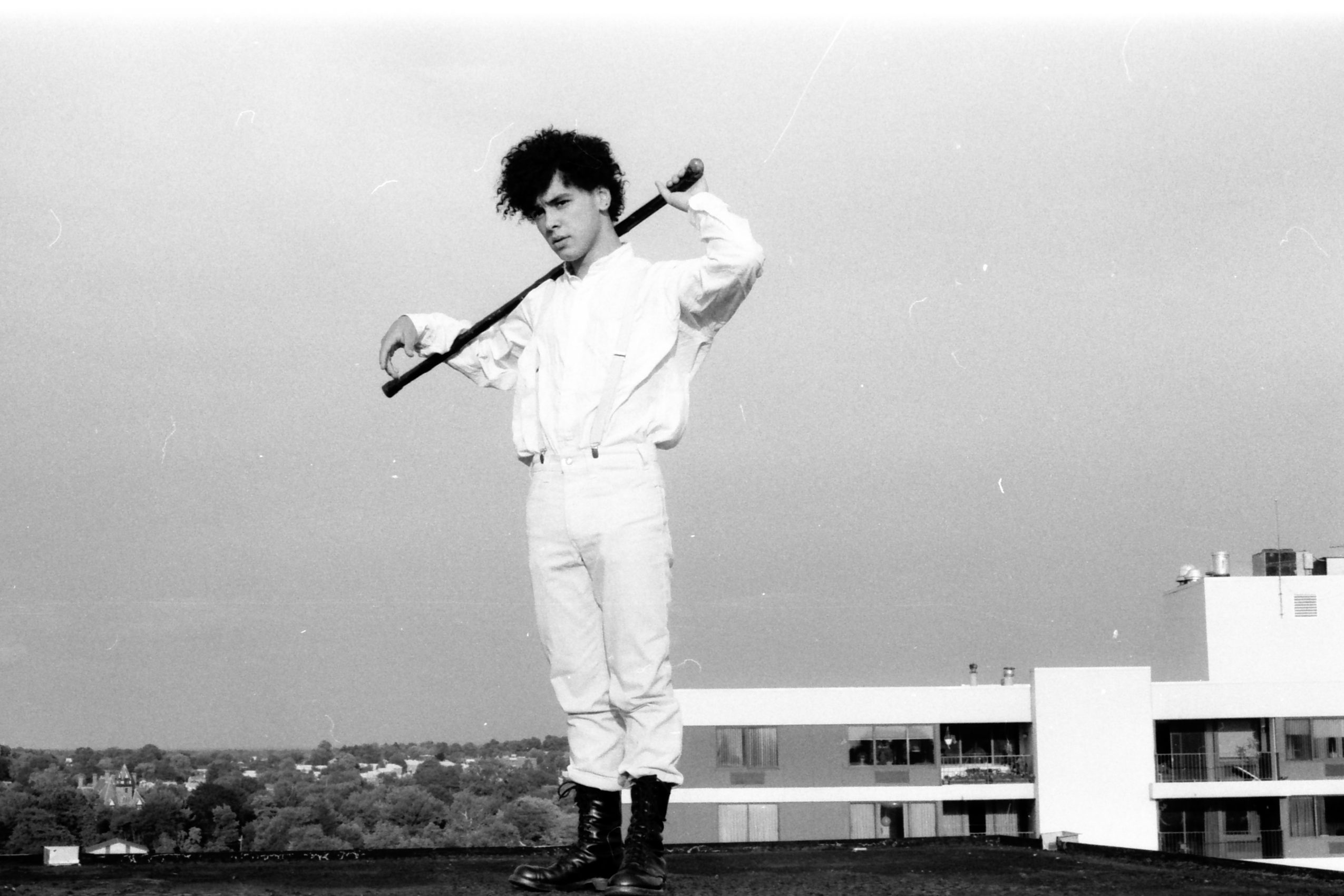 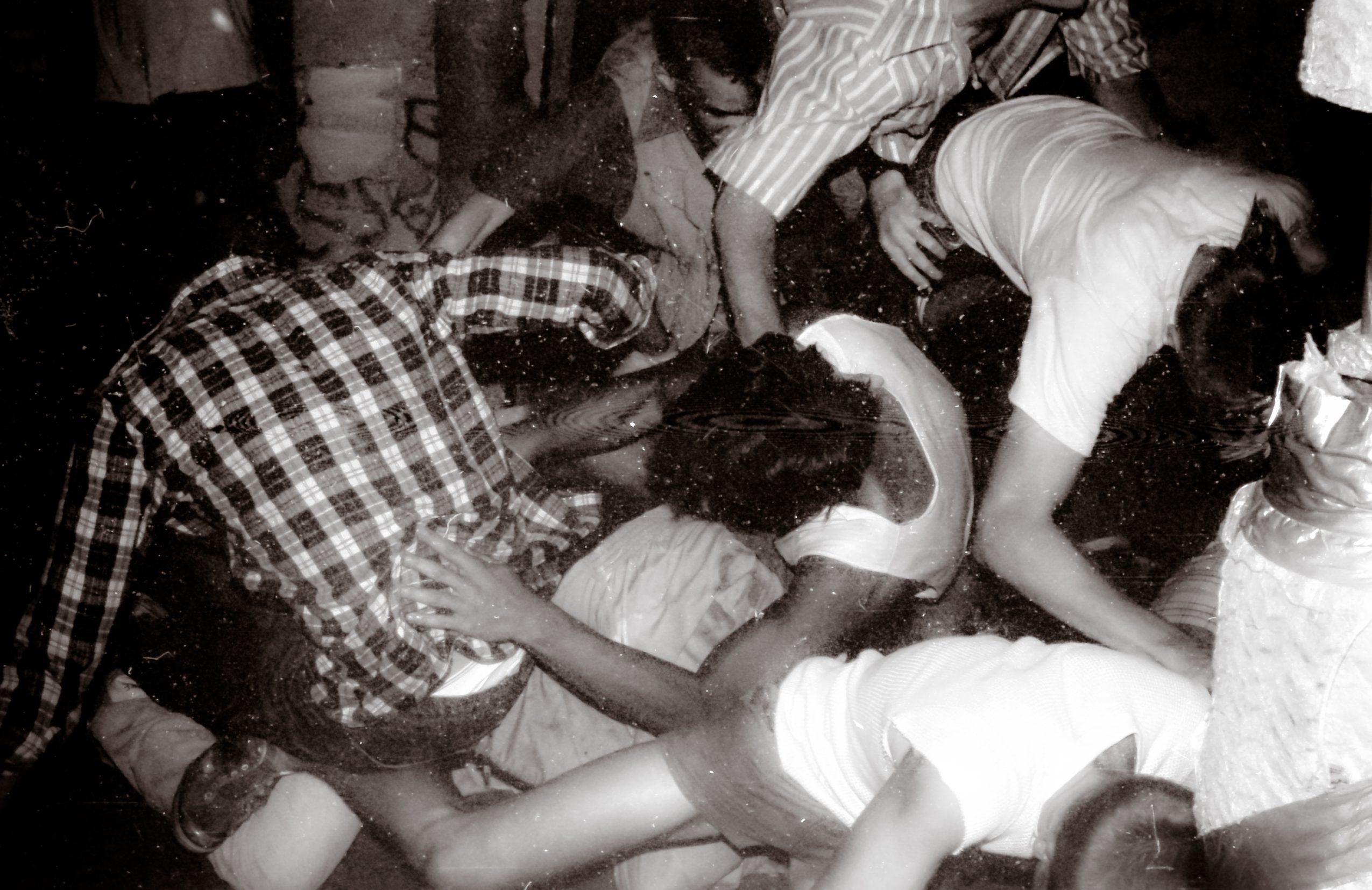 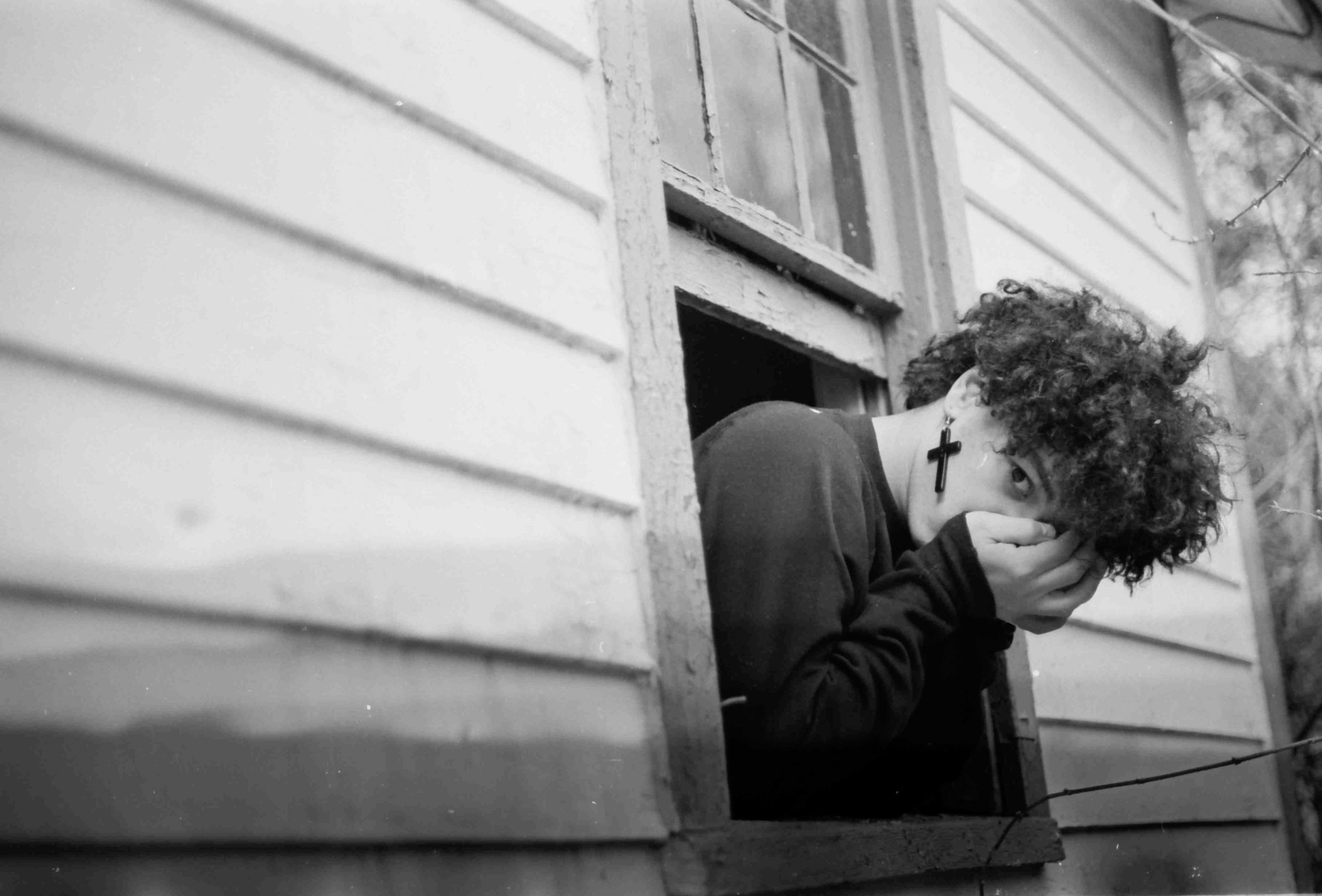 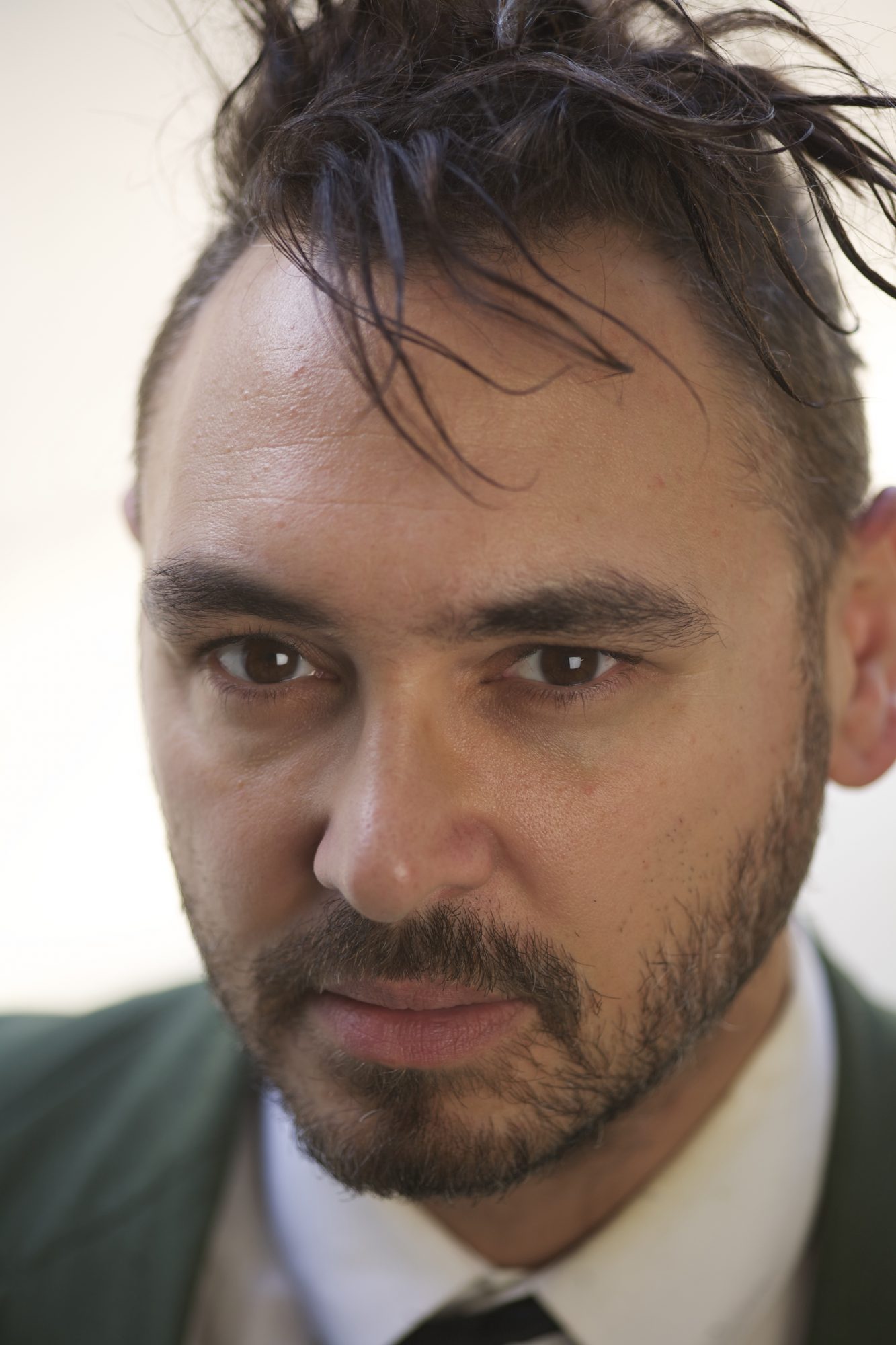 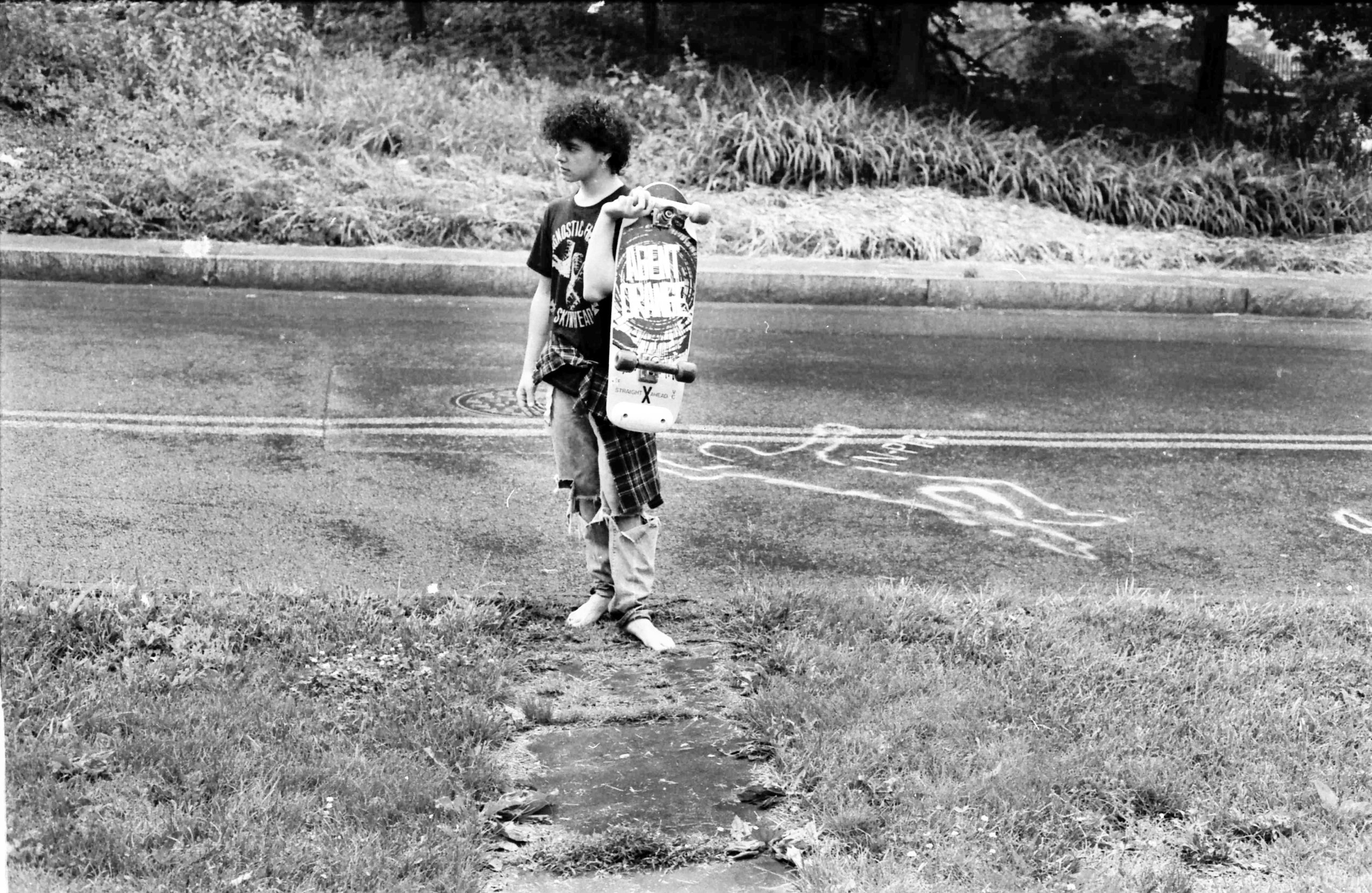 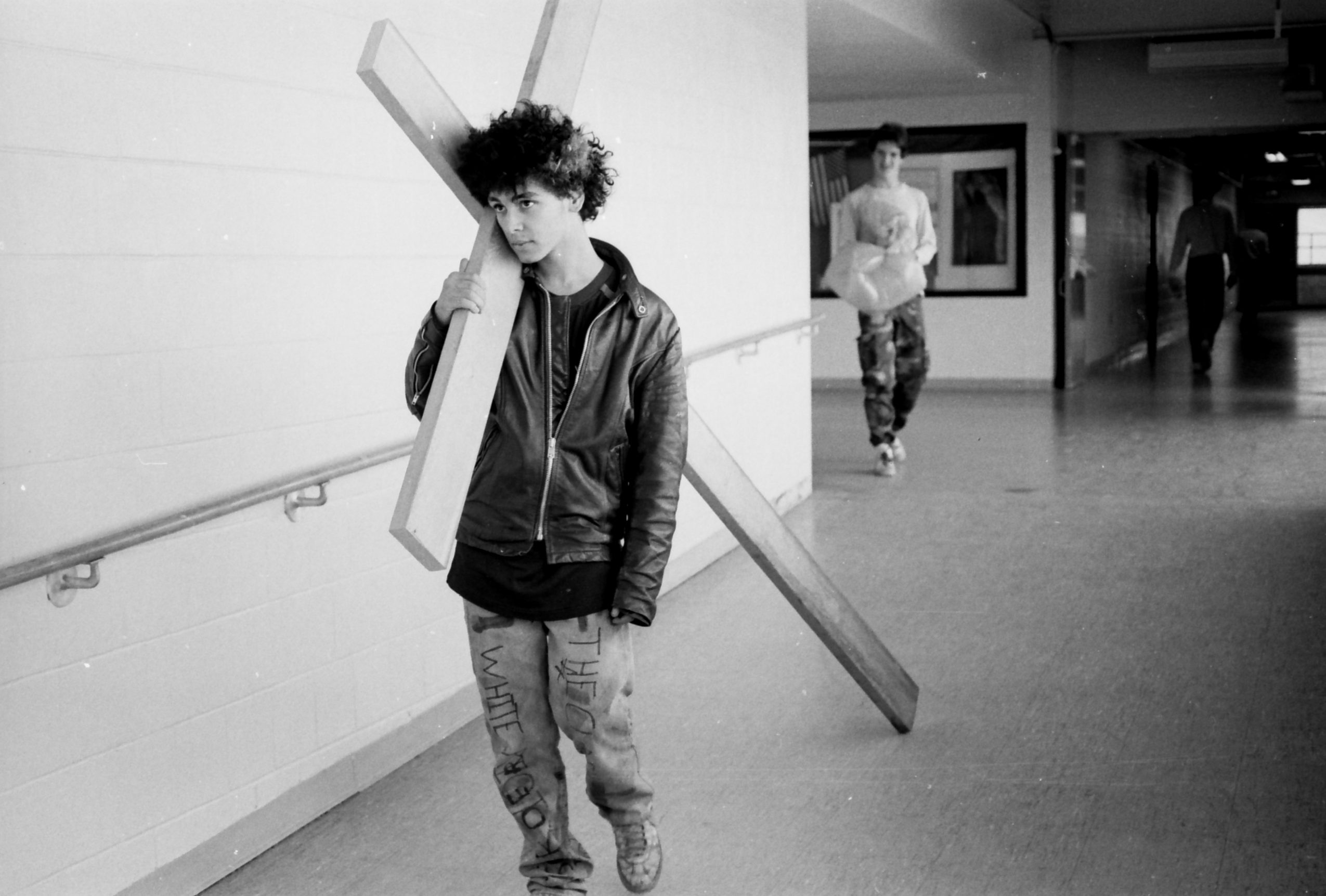 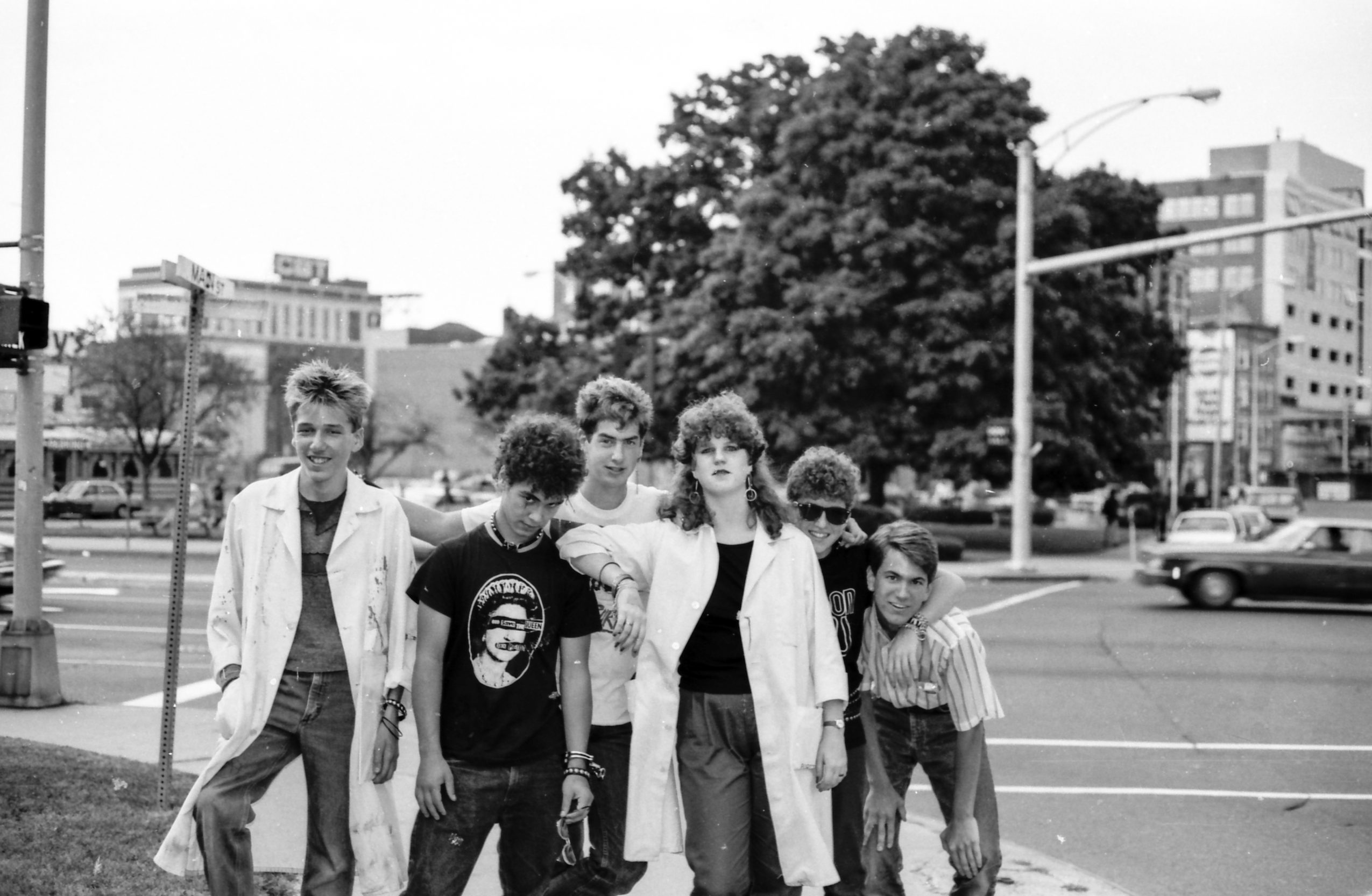 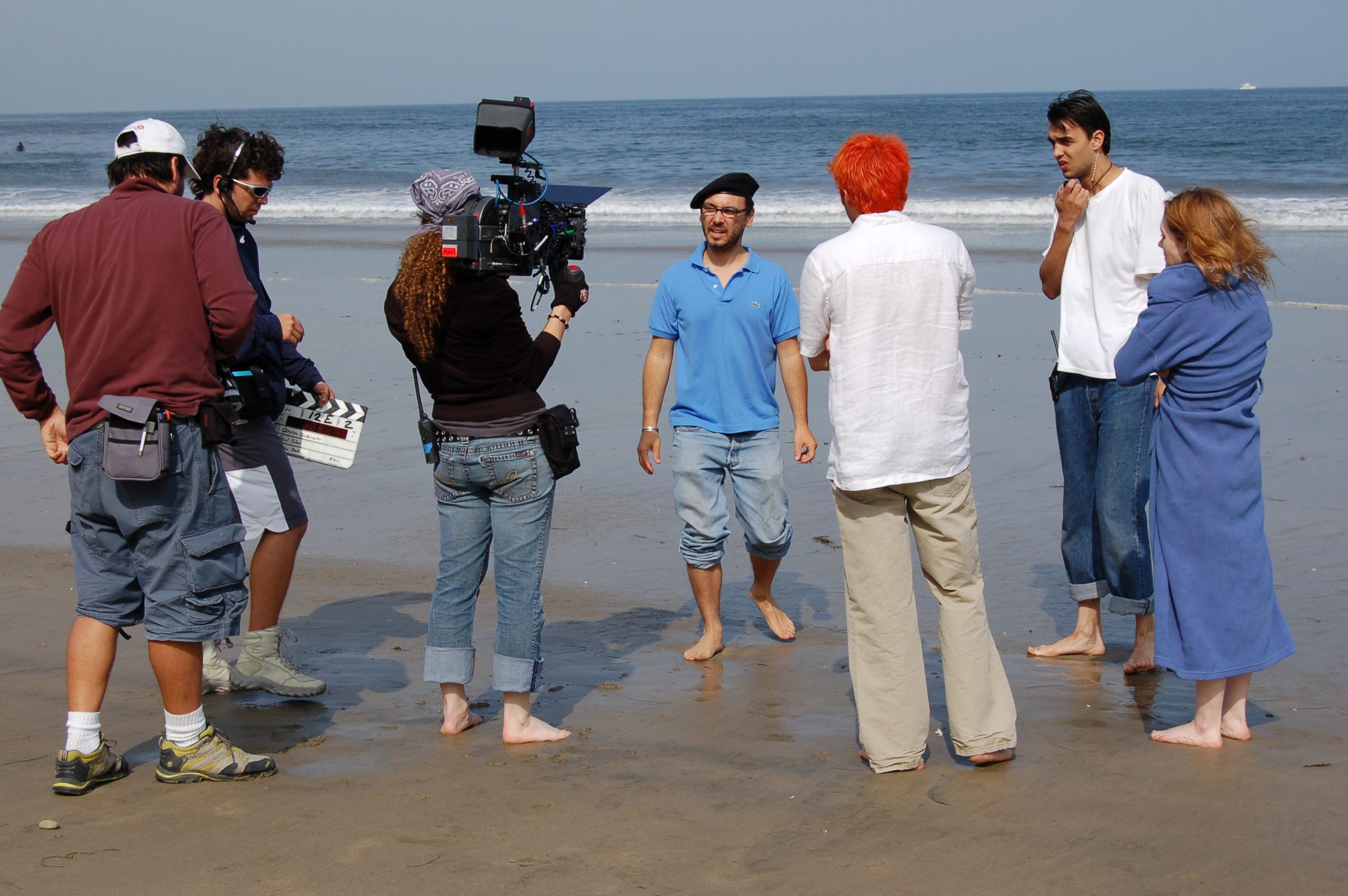 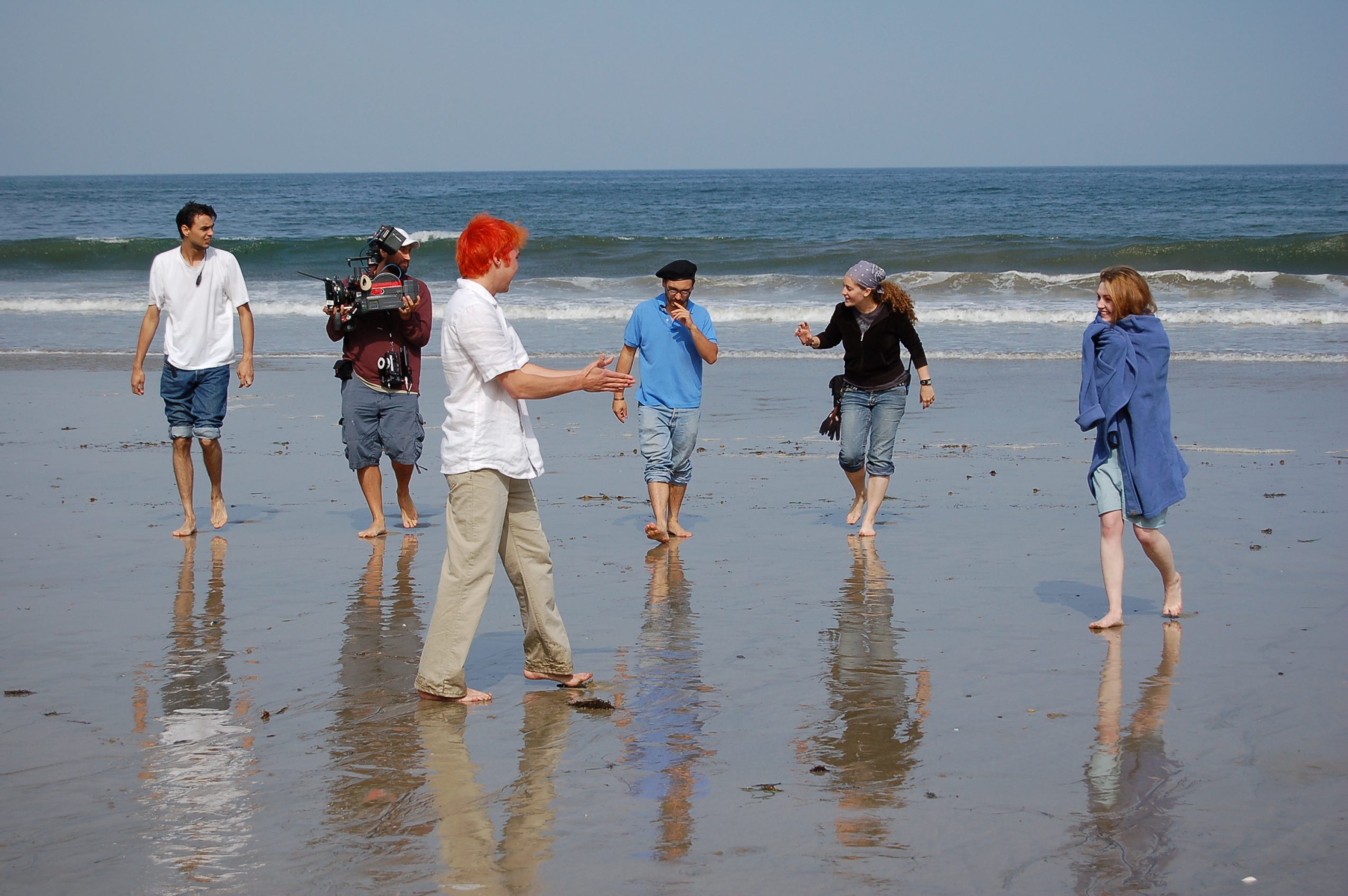 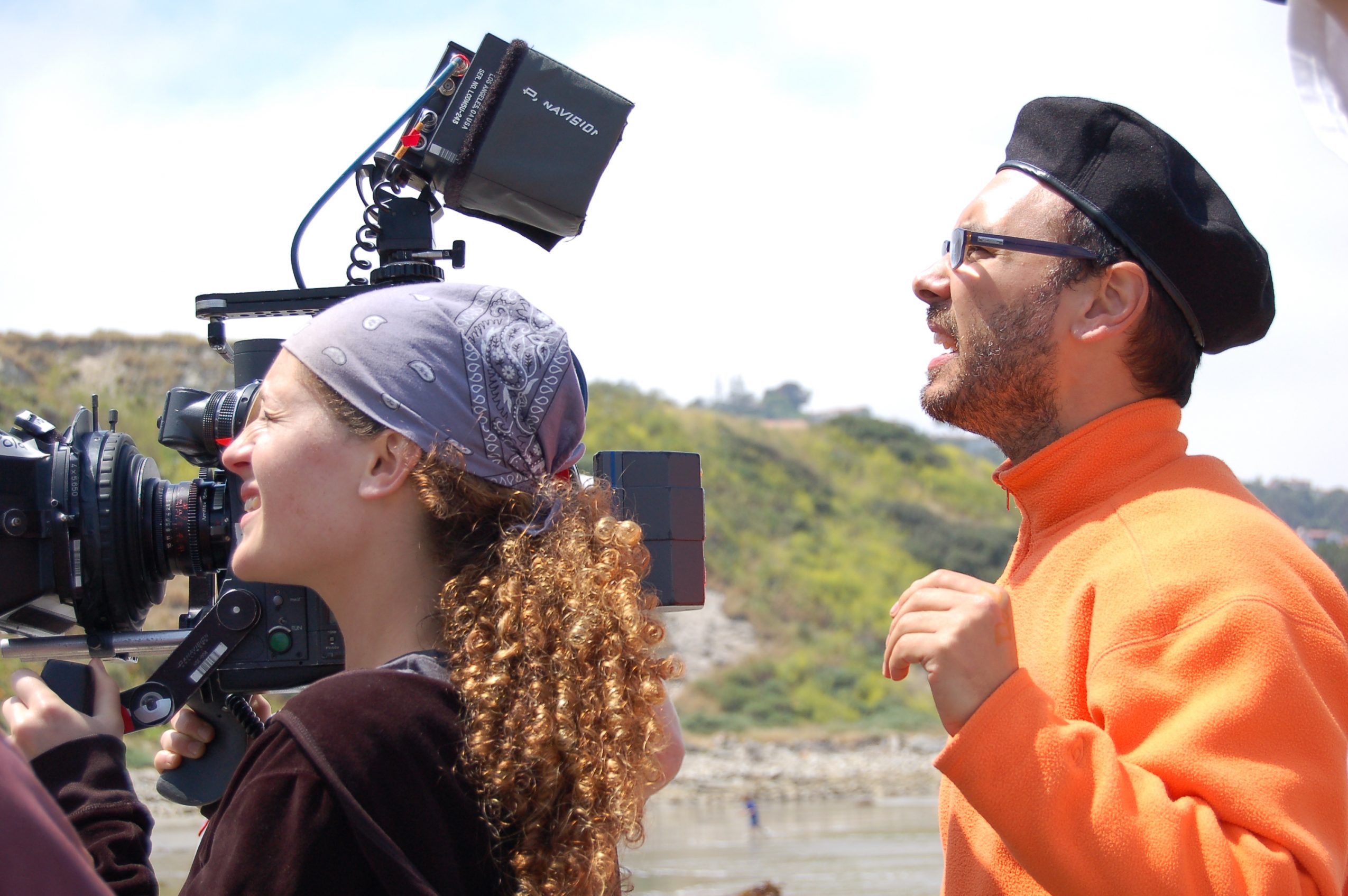 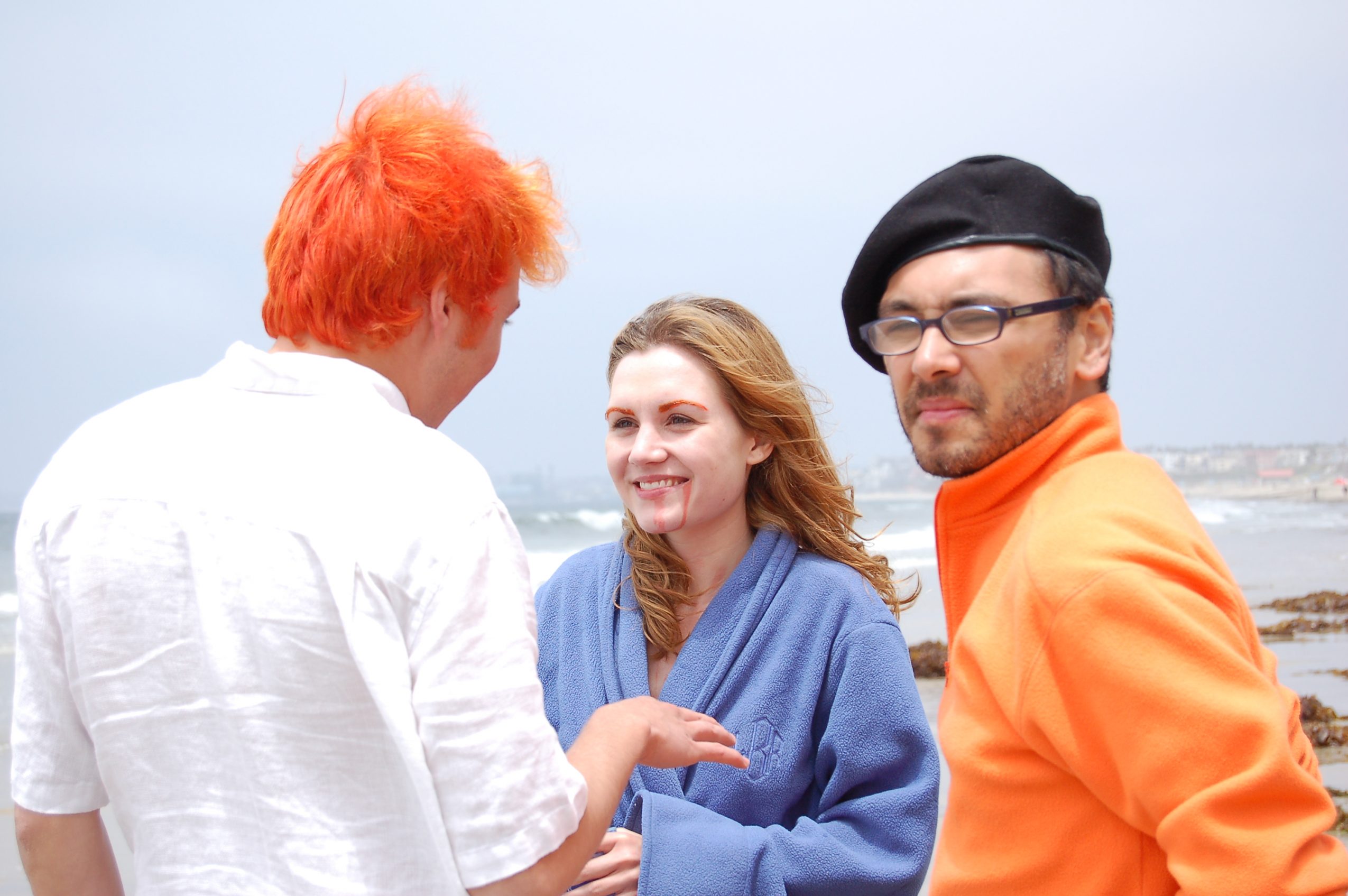