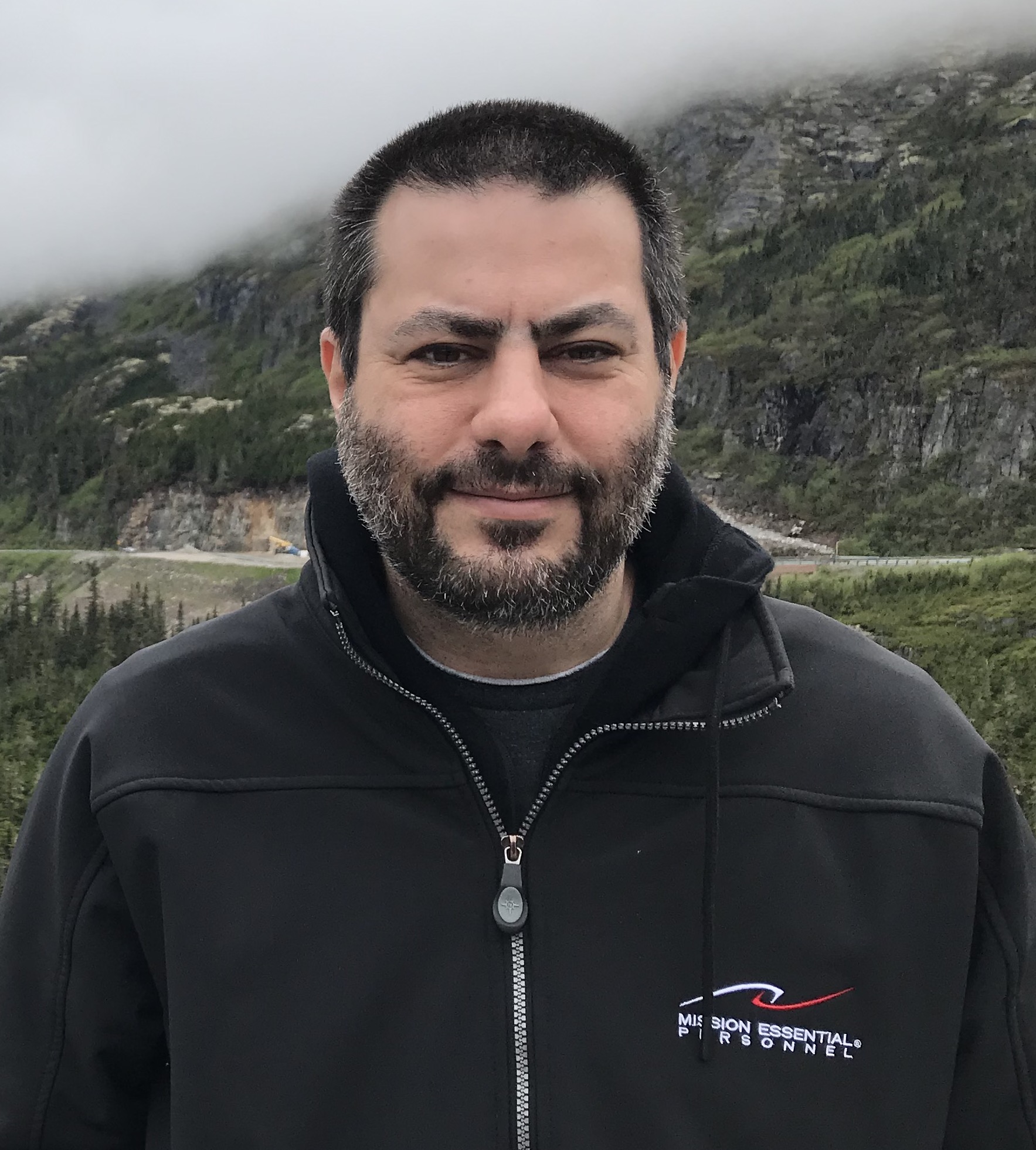 Today we’d like to introduce you to Paul J Salamoff.

Thanks for sharing your story with us Paul. So, let’s start at the beginning and we can move on from there.
How exactly does a nobody from a small town in Massachusetts with absolutely zero industry contacts go from being a make-up FX artist to a Writer/Producer to an Executive and eventually to a Director, Author, and Professor?

It was quite simple… well, not really.

When I was five years old, my parents took my brother and I to see a double-feature of Star Wars and Logan’s Run at a drive-in and, as they recount, my eyes completely bugged from my head. I was hooked.

Fortunately, my parents were very supportive of my interests and together we would watch “The Twilight Zone”, “The Outer Limits”, “Star Trek” and “Space: 1999”. Though my all-time favorite was the BBC’s “Doctor Who”, which I have been obsessed with my entire life.

I grew up in Natick, MA and when I was 13 years old my father took me to a horror convention in Boston. One of the guests was Make-Up FX Goremeister, Tom Savini. His name was synonymous with the blood and guts films of the 1980s. Famous for Dawn of the Dead, Friday the 13th Parts 1 & 4 and Creepshow among others.

Savini did a presentation in one of the main halls and brought a table full of his props and creations. It was just amazing. A moment in time etched into my brain.

This guy was paid to make monsters for a living!

I made up my mind right then and there that I would follow in his footsteps.

As you would expect, I first experimented with my new craft during Halloween making elaborate costumes. While in high school, I worked at a movie theater and a video store and both places allowed me to make displays and costumes for upcoming horror releases.

When looking at colleges, there was no question that I wanted to attend a school in Los Angeles. I was lucky enough to get into my first choice, USC. I didn’t immediately get into the Film School but that didn’t stop me from filling out my schedule with as many film classes as they would allow.

After working on a number of student films, I was introduced by one of the Directors to his friend Taylor White (of the website CreatureFeatures.com) who was working as the coordinator for Tony Gardner’s Alterian Studios, one of the bigger make-up FX shops. Taylor got me an interview with Tony and I impressed him enough that he hired me as the shop runner.

When I was not out running errands, I got to work on the movies including The Addams Family, The “Swamp Thing” TV series and Mom & Dad Save the World. I never imagined that I would get to work on movies at such a young age (I was only 19 at the time). I decided to jump in headfirst and worked in FX pretty much solid for 14 years, working at over 25 different FX shops, on over 40 Films and 10 TV series, not to mention more commercials than I can remember.

I never thought I would be fortunate enough to work on so many great projects so early in my career. I decided that even though I enjoyed doing FX, I wanted to look for other avenues to explore in the industry.

I loved writing and set my sights on becoming a Screenwriter. I taught myself the craft while I was still early in my FX career and just kept writing, getting better and more confident at it with each script I wrote. My first 3 scripts were crap, but I kept on working at it until people started to take notice of my abilities.

Because of the connections, I made at school and on the job, I was able to get my scripts read and eventually produced. With these produced credits as well as a collection of unproduced spec scripts, I was more desirable to Literary Managers and Agents. Keep in mind, a lot of the “industry game” is about perception. If you are perceived to be an up-and-comer then people are going to want to hitch their wagon to you.

I got my Manager first, and with his guidance, I was able to secure more jobs as well as get my first Agent and Entertainment Lawyer. Mind you this took some time, but I now had a team behind me.

Because of the organizational skills I learned working in special FX, I realized I had abilities as a Producer and I started getting asked to produce short films and videos for people I had worked for in the past. As I filled out my resume, even more, I then started producing DVD special feature content and soon feature films.

Then, out of left field, my friend Garrick Dion, who was working as a Development Executive for David Lancaster Productions, called me up and said they were looking for a new V.P. of Production to take over from the one who was leaving. The thought of being an executive had never crossed my mind. Furthermore, I had zero experience. Garrick was extremely persuasive and told me that my years working on set and my organizational skills made me a perfect candidate. So I met with David Lancaster and we hit it off. The next thing you know I was an Executive working on such films as Wes Craven’s The Breed and Hollow Man 2.

As luck would have it, less than a year into that gig, Lancaster got tapped to become the new Co-President of BOLD Films (DRIVE, WHIPLASH) and he brought Garrick and I into the deal. So now, we were BOLD’s Director of Development and V.P. of Production respectively.

My first responsibility was to finish delivering four of their films. Up till that point, I was completely unaware of what delivering a movie entailed, but I threw myself into it and soon became an expert at it.

I stayed at BOLD for a while working on the Golden Globe-nominated BOBBY and MIDDLE OF NOWHERE, but left after STARSHIP TROOPERS: MARAUDER in order to refocus my efforts on writing because that is where my heart was.

To supplement my income, I would work as a Producer overseeing trailers and marketing videos for upcoming video games such as MASS EFFECT 2, GEARS OF WAR 2 and DEAD SPACE at gNET Media.

Always looking for new avenues to explore, I then fell into writing comic books and graphic novels as well as short stories, novels and non-fiction books including my book ON THE SET: The Hidden Rules of Movie Making Etiquette (now in it’s 4th edition) which is about everything you need to know to survive on a film set. I also started teaching screenwriting at The New York Film Academy.

But then, all of these seeds I planted and all that I learned over the years came full circle when I was given the opportunity to write and direct my first feature ENCOUNTER.

I promised myself that if I ever got the opportunity to Direct a film I wanted to make sure I made something “special”. Something different that challenged the audience and haunted them afterwards. I wanted people to discuss what they just watched and ultimately re-explore the movie and decide for themselves what it all means. Not in an obtuse or pretentious way, just from a philosophical point of view as I am obsessed with exploring how we as humans tick.

ENCOUNTER is inspired by THE TWILIGHT ZONE, THE OUTER LIMITS, and films of pure science-fiction such as GATTACA, SOLARIS, ANOTHER EARTH, MOON, and ARRIVAL. It explores the themes of loss, grief and the fear of the unknown, but ultimately it is about hope and how we are connected to one another.

Because if it’s one thing I’ve learned it’s this – Treat people the way you want them to treat you. I have lived by that.

The path to achieve certain dreams might have taken me a little longer than expected, but the journey was never unexciting.

Over the years, I’ve checked a lot off the bucket list – I’ve written the LOGAN’S RUN comic book series, an essay for a BLADE RUNNER book (my favorite movie of all-time), got nominated for a Bram Stoker Award for a short story in a Clive Barker anthology and am the proud owner of the 1996 TARDIS Console from the DOCTOR WHO TV Movie.

And at the end of the day, I can look myself in the mirror and know that I got to where I am because every victory was hard-won and well earned and I did it with my integrity intact.

We’d love to hear more about your business.
I have been working for 30 years in Film, TV, Video Games and Commercials as a Writer, Producer, Director, Executive, Comic Creator, Storyboard Artist, and Make-Up FX Artist. I also now teach at The New York Film Academy. 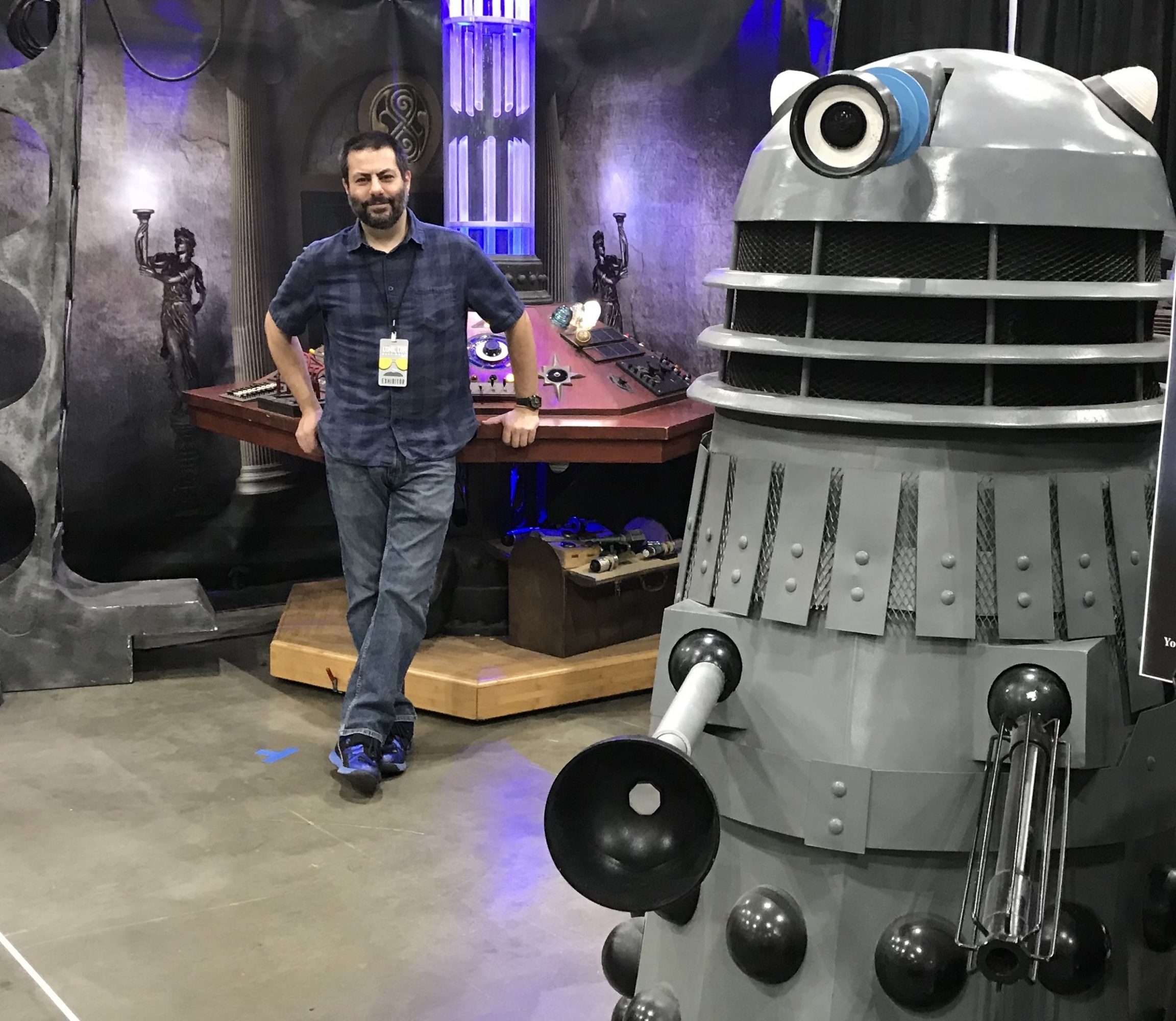 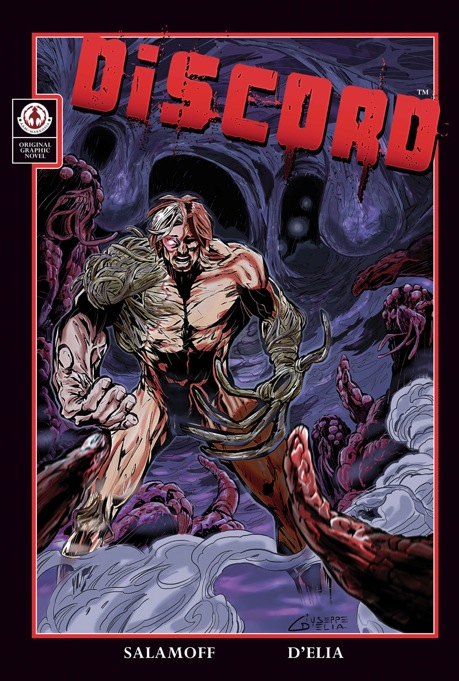 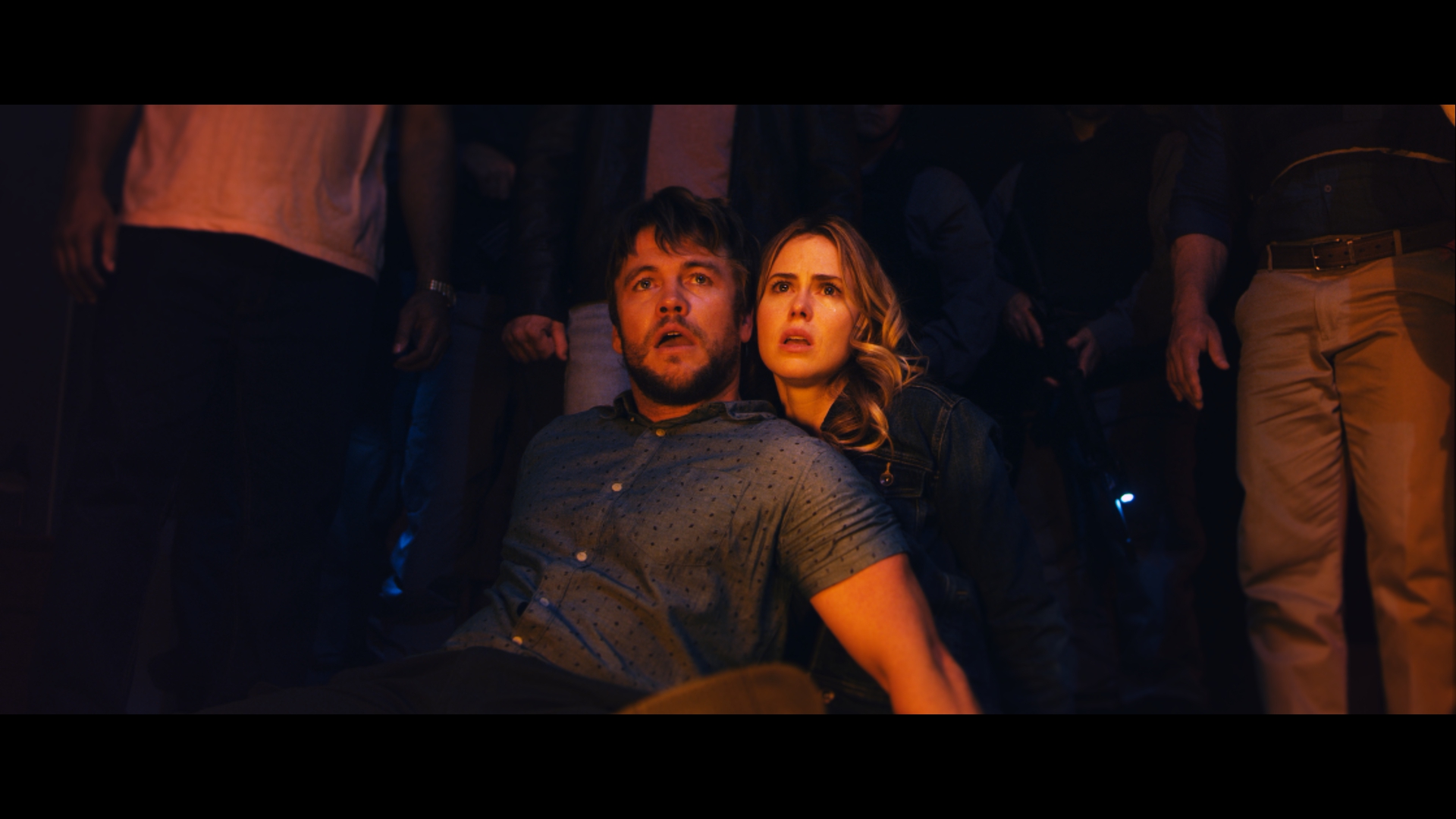 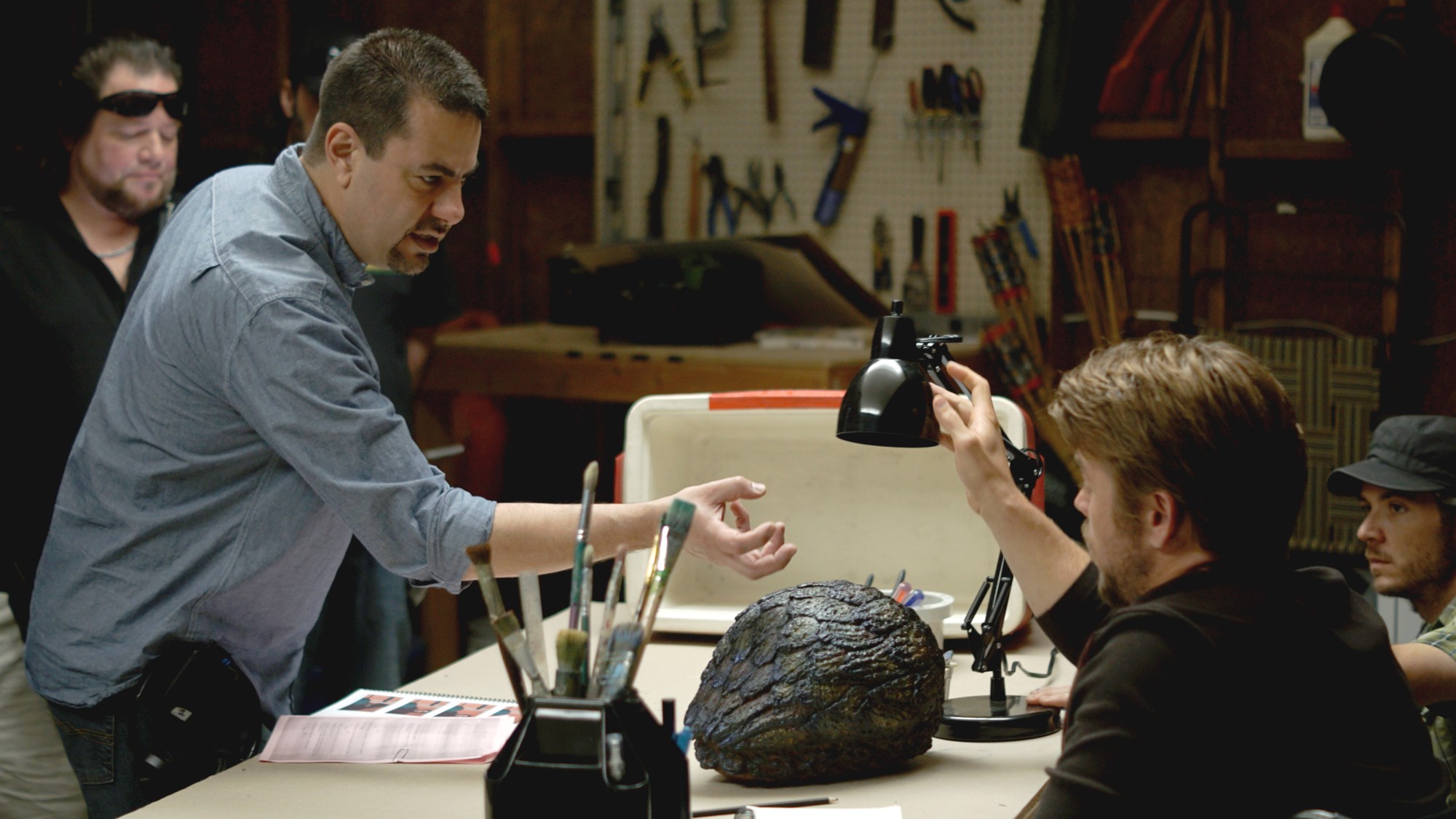 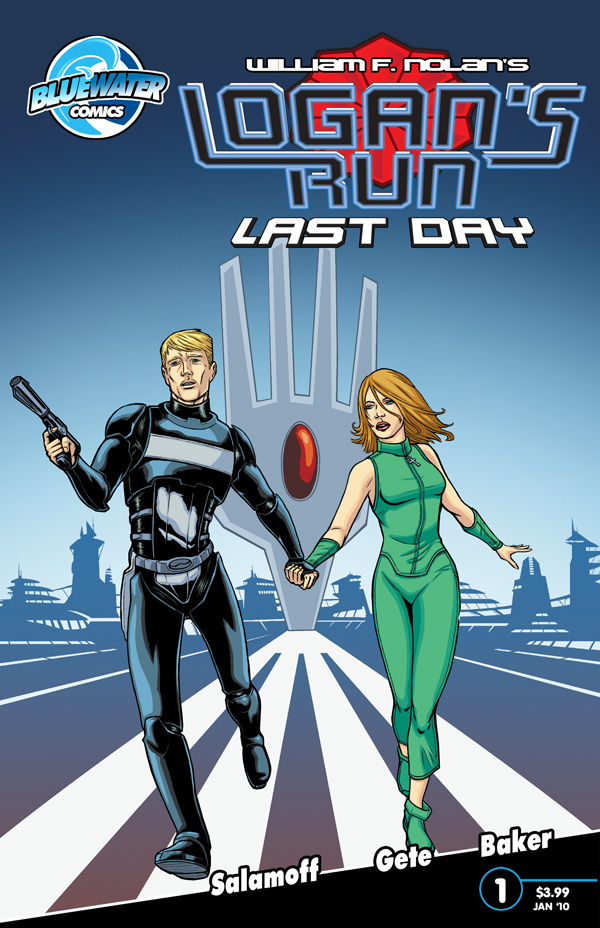 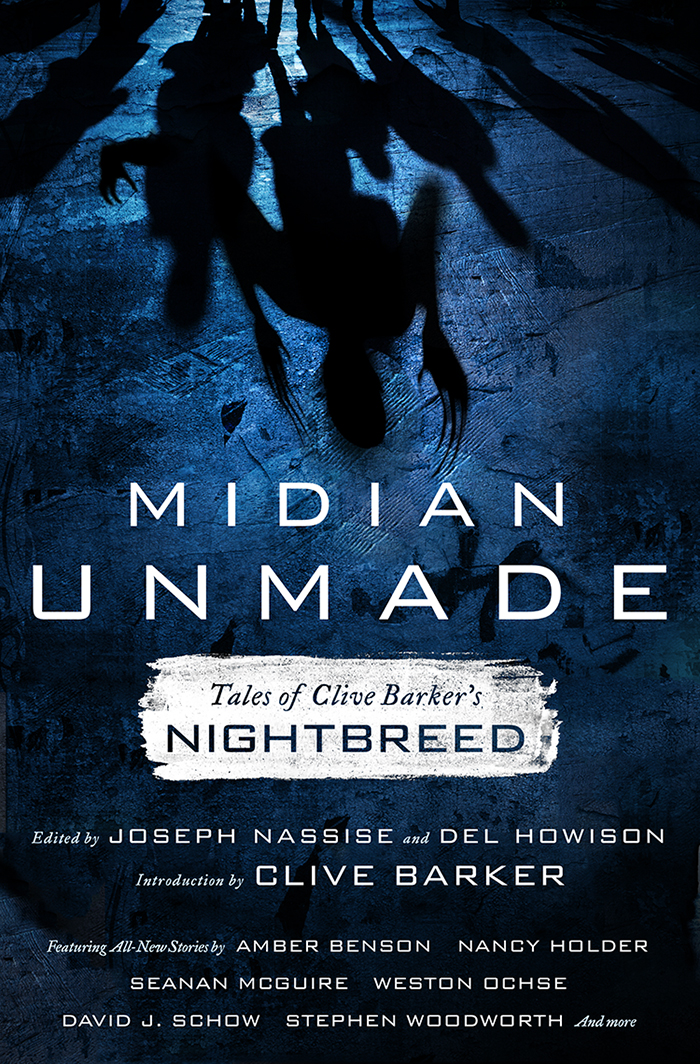 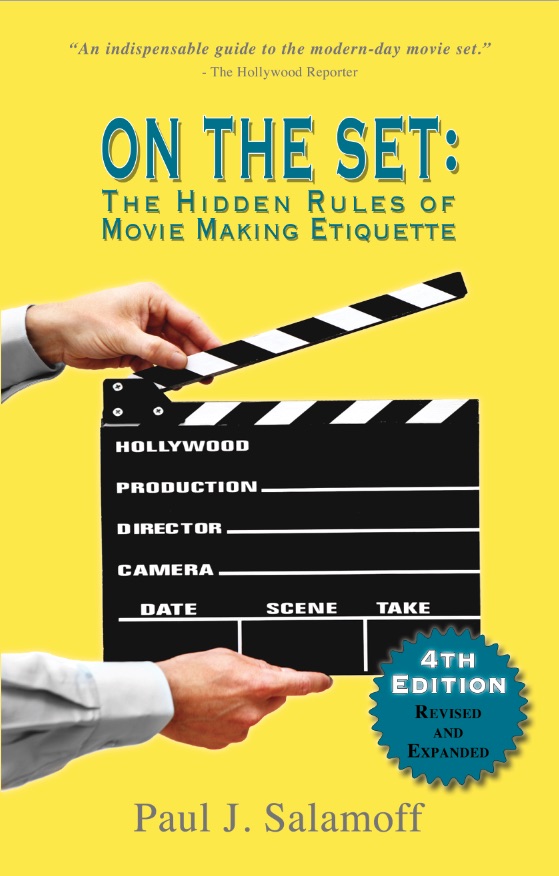 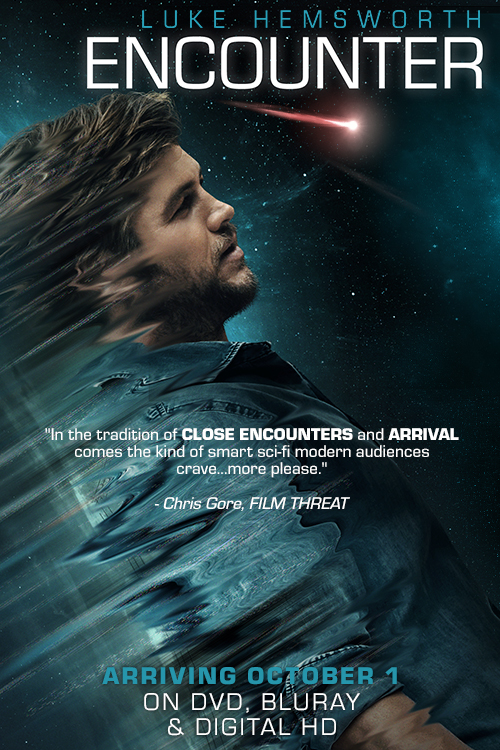 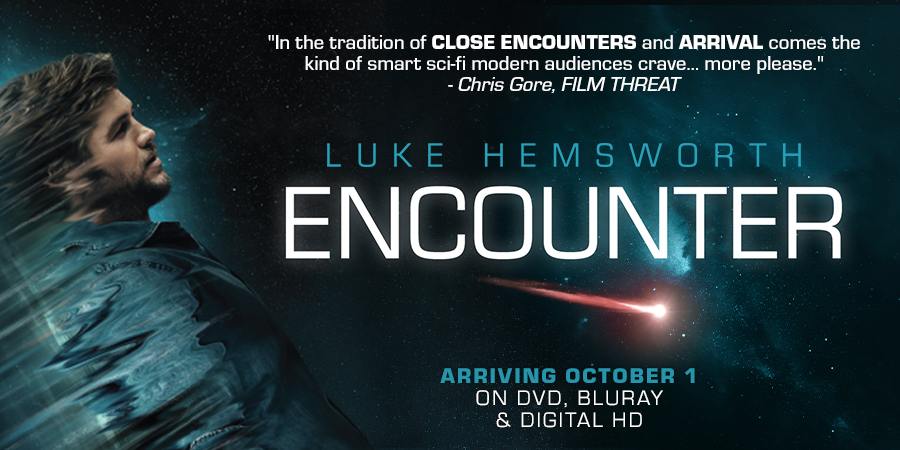