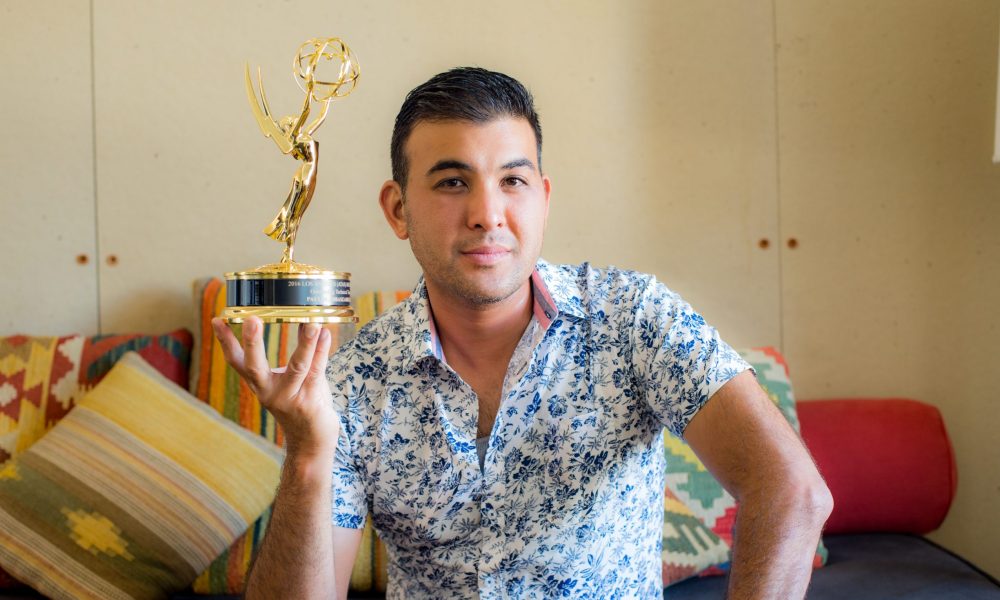 Today we’d like to introduce you to Paul Abbaszadeh.

So, before we jump into specific questions about the business, why don’t you give us some details about you and your story.
I developed my love for cinema and storytelling at an early age. As terribly cliché as it may sound, I drew my inspiration from repeat viewings of the Star Wars & Indiana Jones trilogies.

I remember weekly visits to my Grandma’s house where my cousin’s and I would watch those movies on what seemed like a permanent loop. We wore those old VHS tapes down to the point where analog noise overtook parts of the video. I still remember the first time I was introduced to those movies; it was from that moment that I knew what I wanted to do was make movies.

Back when I was growing up, there was no Canon 5D or video enabled DSLRs if you were lucky, you had access to a digital camcorder that shot to MiniDV tape but for the most part we were still dealing with analog tape formats. I produced my first two shorts in High School, “The B-Team” & “The Great Frog Caper”, both shot in glorious VHS. Those two projects cemented my desire to make movies and after High School graduation, I went on to major in Film Production at California State University, Fullerton. As a way to supplement my income and pay for school, I started shooting weddings & events in 2006, and have been steadily behind the camera ever since. I started my own company and continued to shoot for other prominent wedding film companies in Southern California.

In 2011, I began working full time at Panasonic and also began working for Fox Sports West as a Content Producer covering Fall sports (primarily High School Football). I was still shooting upwards of 30 weddings per year (I kept busy) until 2016 when I decided to shift focus away from weddings & events and more towards my own passion projects and short films. I still shoot events & weddings but only a handful per year. I’m more focused now on independent filmmaking and producing. I directed two shorts in 2016, “Fully Loaded” (which was featured on Virgin America’s In-Flight Entertainment System this past April & May), and “Double Shot”. My latest short, “Missed Connection” premiered in March at the Frida Cinema in Downtown Santa Ana. I currently have several projects in development. I was awarded a Los Angeles Area Regional Emmy Award in 2016 for “Excellence in Broadcasting”.

Overall, has it been relatively smooth? If not, what were some of the struggles along the way?
It definitely has not been a smooth/easy road. Filmmaking & video production in general is a very competitive field. Especially nowadays with all the technological advancements with digital video it’s easier than ever to get ahold of equipment that can achieve a “cinematic” look at nearly any budget level. Beyond that, social media has really changed the landscape in how content is consumed.

As far as struggles go, I’d say my biggest struggle starting out was just trying to land a gig. I must have interviewed at hundreds of different networks, studios, & post houses.

You end up dealing with a lot of rejection and it makes you feel hopeless. I remember reaching a point and thinking to myself, “maybe I’m just not good enough”. There was a time where I almost abandoned filmmaking completely to pursue other career paths.

Eventually I shifted to working freelance as a cinematographer and editor. I started with a few small low budget projects and from there I built up a solid reputation for myself and continued book jobs. I got to a point where I didn’t have to go seeking work but the work would come and find me. It’s a good feeling…but, yes, it was definitely a struggle to get where I’m at today but as they say, anything worth doing is never easy.

Alright – so let’s talk business. Tell us about 1984 Productions and Paulfilm Productions – what should we know?
Before launching my own company, I freelanced and second shot for a few prominent wedding video companies in Orange County. A few years in I realized that I should just start my own studio. I first started out only offering wedding video services but started receiving inquiries from local businesses for corporate video production so I added that to my repertoire. From there I started producing commercials, training videos, music videos, and real estate video. In 2010, I started dabbling in photography and eventually that was added as another service. Today we market ourselves as a production/post-production company. We don’t just focus on weddings or corporate video but we offer a wide variety of services which can be custom tailored to meet the needs of the client.

Whether it’s video, photo, or post production, we’re able to offer a wide array of services; which I feel sets us apart because we don’t limit ourselves to just one product or service.

I’m most proud of how far the company has gone and how it has grown over the years.

Any shoutouts? Who else deserves credit in this story – who has played a meaningful role?
First and foremost I have to thank my parents for their love and support. When you consider my cultural background (Vietnamese & Persian), being an artist isn’t exactly something that is celebrated, you’re supposed to become a doctor, or a lawyer, or an engineer…a filmmaker? What’s that?

Then there’s Bill Fawcett, my first corporate client who later became a good friend and business mentor. He gave me a lot of business advice that I believe has helped get me to where I’m at today.

My producer at Fox Sports, David Otta, who gave me my first sports broadcasting job even though I had never even seen a Football game or even understood how the game was played.

Last but not least, my good/dear friend, Nicole Ryan. I can honestly say I am a much better photographer because of her. Not only does she inspire me but she has been my biggest cheerleader, and (when I need it) critic. She constantly pushes me to think outside of the box so that I don’t fall into the trap of complacency. She’s always been supportive and continues to help me grow & learn. On top of that, she’s the best model ever!