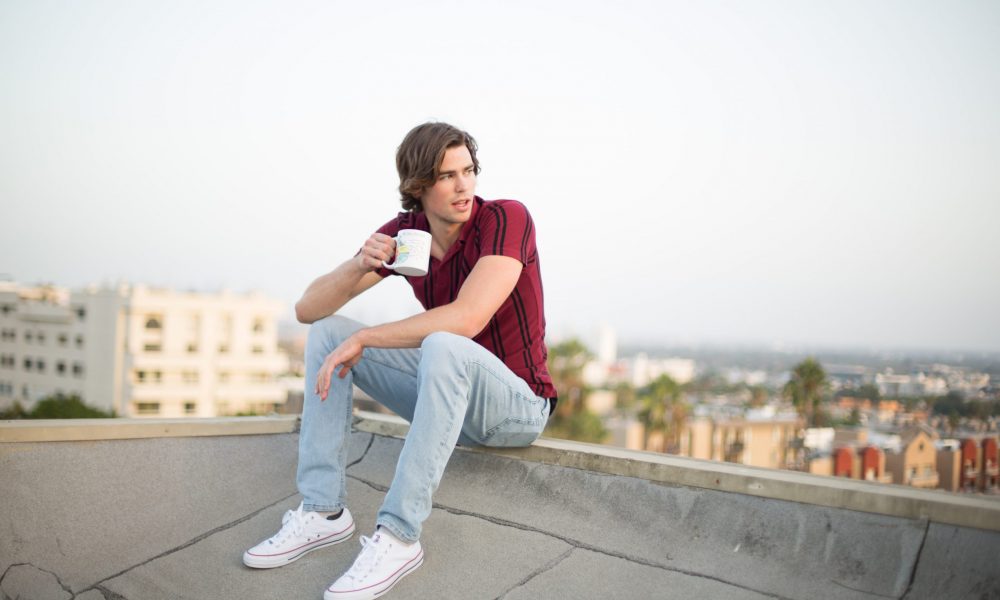 Today we’d like to introduce you to Patrick Luwis.

Thanks for sharing your story with us Patrick. So, let’s start at the beginning and we can move on from there.
I never even considered acting as an option until I was a sophomore in college and took a drama class to fulfill my fine arts requirement. The first thing I did for the class was a reenactment of Chris Farley’s famous SNL skit as a motivational speaker “in a van down by the river.” I stuffed a pillow in my shirt, slicked my hair back and dove into “being” Matt Foley. That was the acting spark for me. I immediately loved it. I went on to be a lead in many college theatre productions, my first being Romeo in Romeo & Juliet. A few months after graduating college and interviewing to be a financial consultant, I made the decision to move to LA. I hated leaving my friends and, even more so, my family.

Acting was never something I pictured I would be doing, and I certainly never thought I’d move across the country for it. When I first got out to LA I didn’t know anyone, I didn’t have an agent or manager, and I had never auditioned for anything outside of my college theatre department. My intention was to give it a try for a year and then probably head back home to D.C. Now, two years later, I’ve been involved with numerous TV/film projects, commercials and modeling gigs, I have the best reps I could’ve asked for, and I’m really starting to find my footing in LA. I’m always striving to improve, and I’m enjoying every aspect of my career. I’m more motivated than ever.

We’re always bombarded by how great it is to pursue your passion, etc – but we’ve spoken with enough people to know that it’s not always easy. Overall, would you say things have been easy for you?
When I look at it on a good day, it has been a really fun road, despite its challenges. The highs are high and the lows are low. But with anything in life, the good stuff always makes it worth fighting through the hard times. One of my biggest struggles has been maintaining confidence as an actor because your success is so on and off in this industry. Recently, I was pinned for a role on a big network show that I really wanted, and when I found out I didn’t get it I was super bummed. This letdown happens all the time to actors, but if you learn to see it in a better light, it isn’t a letdown, instead it’s an accomplishment to have made it that far.

I’ve had to shift my thinking in a way that reinforces my ability rather than diminishing it. Your mental strength is everything in acting, and it will directly affect your work. Putting a positive spin on things always helps. I’m learning so much about myself through every struggle, and I can really start to feel the thick skin I am developing in response to rejection, and I mean that in the best possible way. It’s necessary in this business. The deeper into my career I get, the more I realize the importance of needing to love what you do. You can’t and shouldn’t go through this unless you love it. I’ve spent the majority of my time in LA working side jobs like being a server, a coach, a busser, a martial art instructor, an inventory manager, and working for a tech company, all to support my career as an actor.

We’d love to hear more about your work and what you are currently focused on. What else should we know?
I am primarily an actor, and currently my biggest goal is to make TV and film my full-time work. I have a knack for comedy, but I also love hour long drama shows. Recently, I played one of the leads in a film BF For Hire directed by Michele Love Santoro on the streaming app Hooked. I recently finished filming an indie movie Ocean Park that should be coming out this summer, and I was cast as a series regular on a TV Pilot Dredgewood. I’m also set to be a lead in Threshold, a horror movie by Prolific Pictures. Outside of my film acting, also I am a model and do commercial work. I’ve worked for brands such as Alday Denim, Argyle Grant, Hyfve, and I’ve been a model for a workshop on Portraiture with renowned photographer Rory Lewis.

Some of my commercial work includes Borderlands 3 – 2k games and The Coffee Bean & Tea Leaf. This year I started writing my first feature film screenplay (an untitled-as-yet-thriller), and I’m really looking forward to the process of developing it into a movie. I hope to get involved with producing at some point too. I say dabble in everything if you can. The more well-rounded you are the better. To me the great thing about acting is that there is a niche for every person, and with more and more outlets for content, people have more opportunity than ever. As cheesy as it sounds, I’d say that I’m most proud of myself for sticking with it. Being myself separates me apart from others. No one can do you better than you.

Has luck played a meaningful role in your life and business?
I have been extremely fortunate in life and in my work, despite the obvious struggles an actor endures. I have met so many great people along the way who have helped me tremendously. I ended up meeting my manager through my acting teacher and mentor, Stan Kirsch. Stan passed away recently, but he was one of the kindest-hearted people I’ve ever met, and he encouraged me so much in my acting. I’ve been with my managers, Peter Kluge and Terra Weiler, for a year now, and I am so thankful for all that they’ve done for me and continue to do. I consider myself extremely blessed to have met all of them when I did, and they have helped me get to where I am today. Every person that I’ve met out here has played a vital role in helping me grow as an actor and a person. But with all this stuff, I had to be open for change in order for it to happen. A guy who lived in my apartment complex told me about Stan Kirsch Studios when I saw him in the gym reading a script and asked him, “Hey are you an actor?”. I had a lot of questions back then, and I still do, but taking the time to randomly strike up a conversation led me to being in the position I am now. I don’t think it’s good to operate in terms of luck, but instead operate with what you can control, and do every possible thing that can make you better. 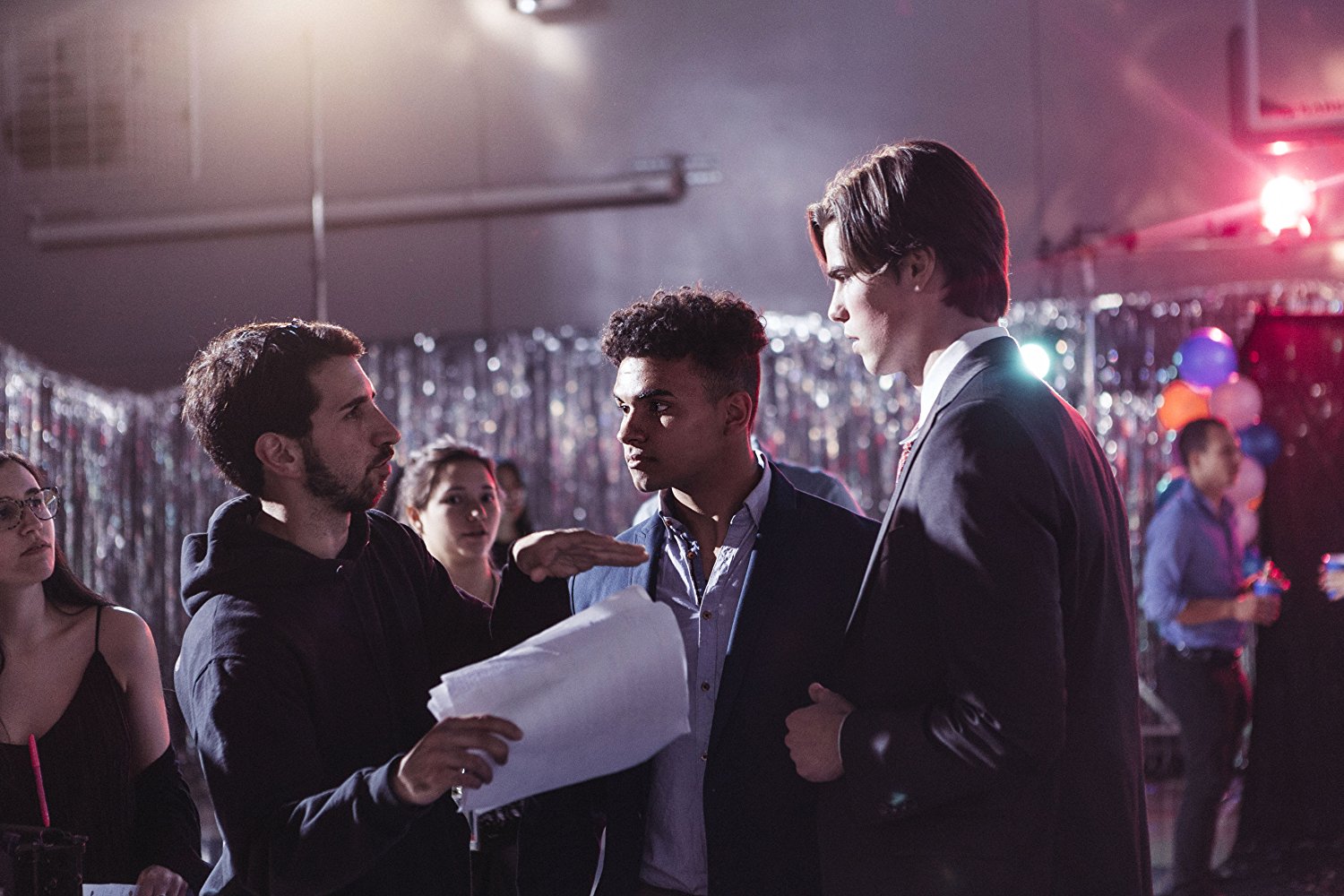 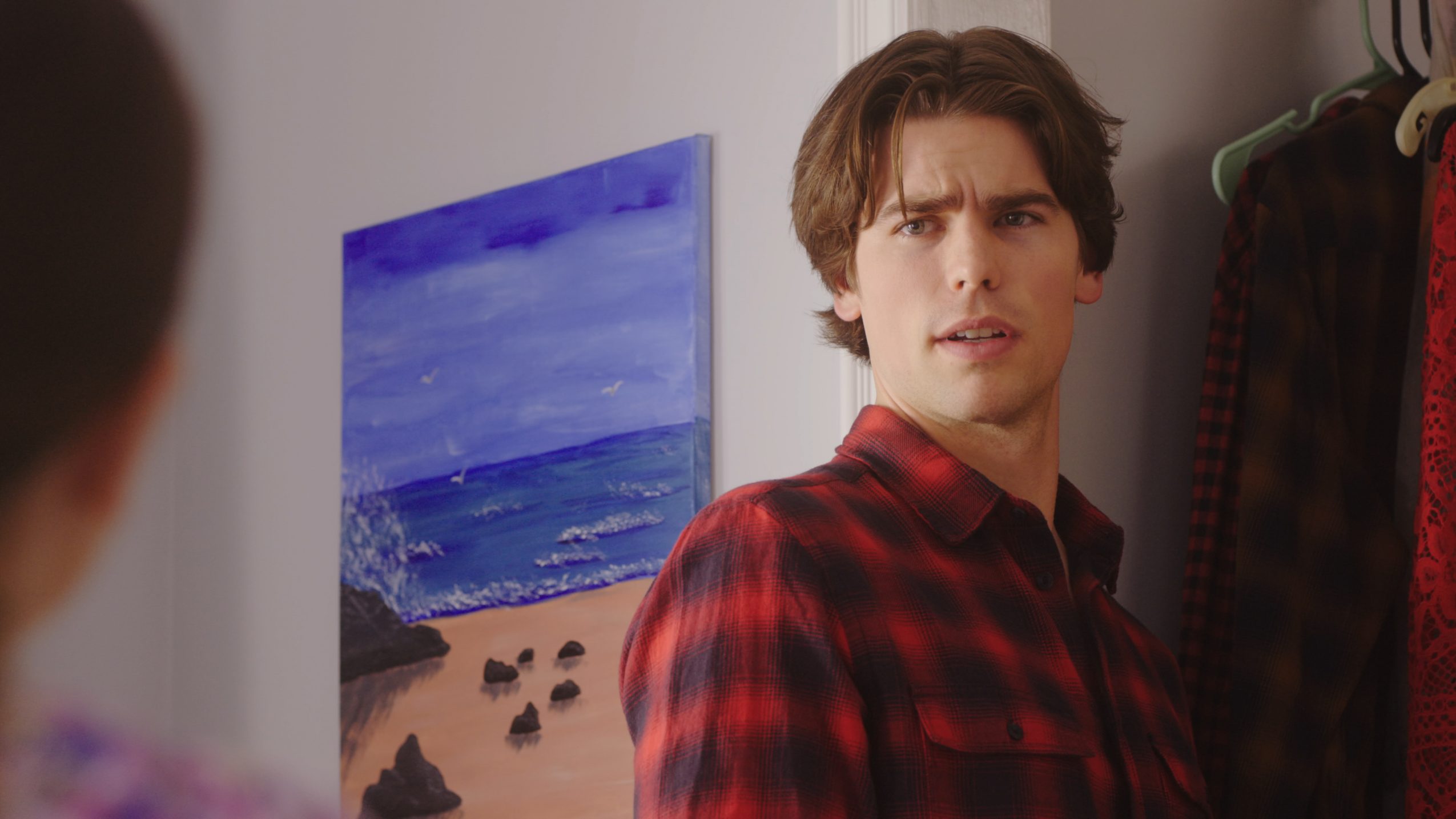 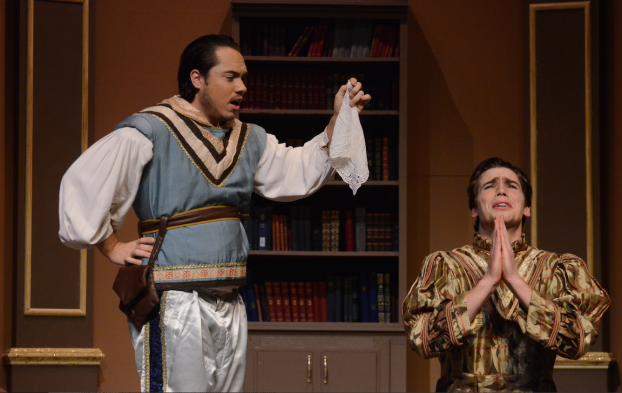 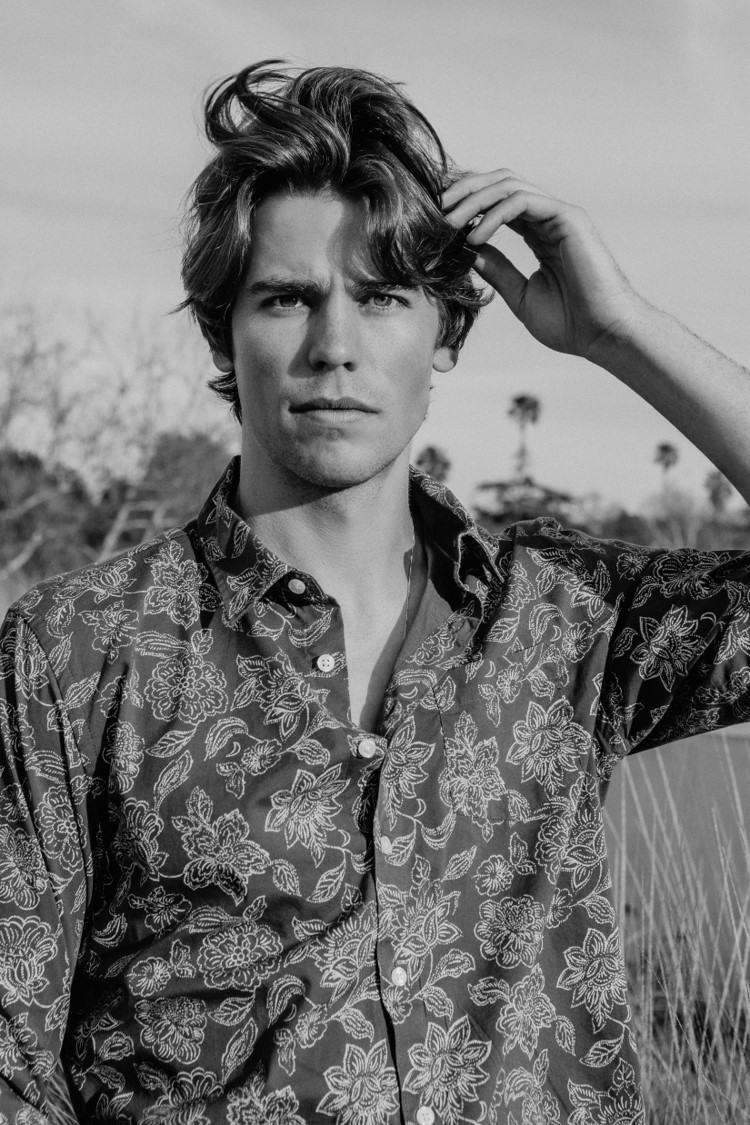 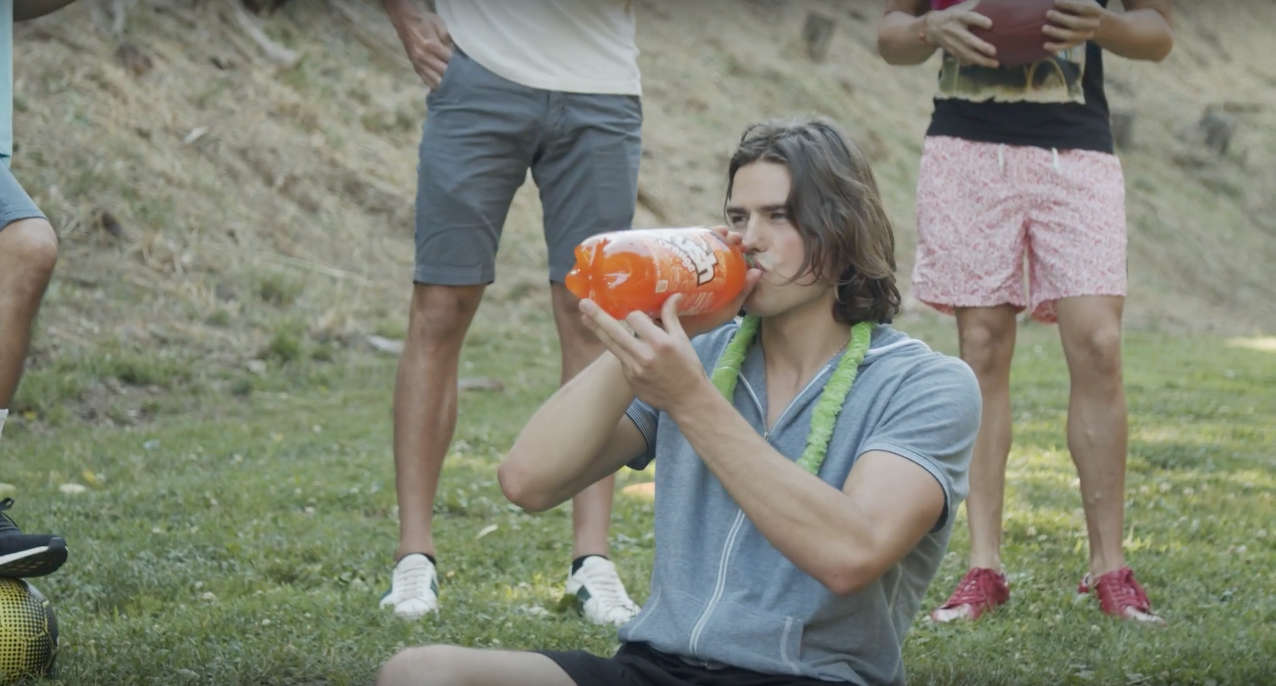