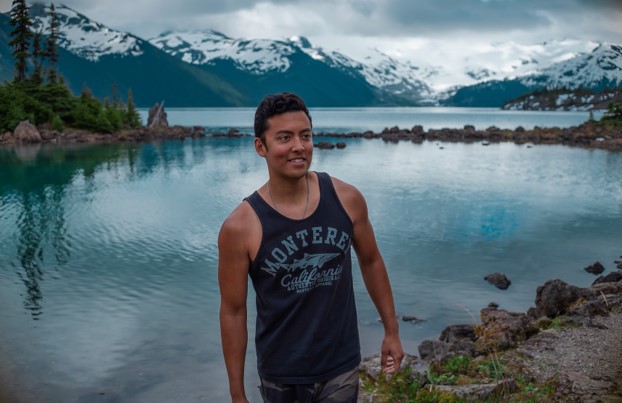 Today we’d like to introduce you to Patrick Dwyer.

Patrick, can you briefly walk us through your story – how you started and how you got to where you are today.
I’m from a town of about 700 people in rural Montana. When I was a kid, my litmus test for how big a city must be was decided by how many fast food chains there were. Our town had zero. So, places like Missoula and Bozeman that had a population of 35,000+ was big city stuff. Missoula had TWO McDonald’s so… that’s how you know, you know? I would eventually attend the university in Bozeman where I majored in Media/Theater Arts, and the idea of moving to a city like LA was a little intimidating, to say the least.

I’ll save you reading the “I loved music from the moment I was born” story but, yes, I was always drawn to it. I would always be raiding my parents’ music collection, trying my hand at producing by recording over cassette tapes that I thought were expendable and then listening back on my sick little AIWA Walkman with EQ on the front.

My music background was never professional nor was I trained. I was fueled by a love and curiosity for it. Despite all this, I never saw music as a career choice much less a hobby. It was never really encouraged, and also I didn’t know the first thing about how to write a song. The thought of me singing my own songs in front of an audience lived safely in the back of my imagination, and that’s where it would remain for years.

Fast forward to some turbulent adolescent years, music was more of an escape; something that was even less tangible and very far beyond my reach. I knew I had a voice, but when people would ask if I could sing, I would say “no” or sing badly on purpose just so I could change the subject. It wasn’t until college that, through the help of friends, I started really diving into music and finding my voice again.

Even then, I didn’t give a lot of credence to their positive feedback, dismissing it as “oh, you’re saying that because you are my friend.” But through the encouragement of my singer-friend Jen, I finally started to unearth what had been buried for so long. I worked through college waiting tables, washing windows, and so many other random jobs and finally bought my first guitar and started going to open mics.

But the entire course of my life changed through the most random of circumstances. The first video/recording I had EVER done and posted on YouTube was a cover of Patty Griffin’s “Heavenly Day.” It happened to be at the same time I was selling a camera on eBay. A guy named Adam decided to purchase it, and while making small talk, he asked: “what do you do?” I explained I was in film school at Montana State and mentioned I was into music as a hobby. He told me to send him “what I got.”

At the time, the only thing I had was “Heavenly Day” so I sent it, thought nothing of it, and went on my merry way. I get a phone call from Adam the next day, and he said along these lines, “hey, I sent your video to my friend Howie Klein, and he wants to talk to you….” I googled Howie, and my heart jumped when I saw that he had been the President of Reprise/Warner Bros. Records among a myriad of other accolades that involved some of my favorite musical acts – why in the world did he want to talk to me?

I took some deep breaths, we got on the phone, and we had a great conversation. I was still in school, so he quickly found out that I wasn’t ready for management or A&R, but Howie was extremely encouraging and gave me some great advice. He suggested I should try my hand at writing songs and gave me suggestions of covers that would be good for my range and his feedback was always helpful.

I would eventually write my first song, and it only took me a few hours. It wasn’t great, but the feeling of having written my first song was overwhelming. It’s crazy to think that I could have accomplished writing a song years ago if I had only tried. It was at this time I knew I wanted to move to LA. A week after I graduated, I skipped town. I had no job, no money, and no friends – but I was determined to make something work.

Thankfully, about a month after I moved, I scored my first job editing a video for a band on Interscope Records. I quickly found myself editing for the biggest artists in the world which blew my mind. My first huge project that was entrusted to me was the “Making Of” Lady Gaga’s “Bad Romance.” Over the past nine years, I maintained my position as an editor to these major records labels and the rest is history from there.

As awesome as it was to be in this world, I allowed myself to become distracted from my own music. Perhaps it was my proximity to the labels that allowed me to become complacent. Perhaps I was afraid to fail. Either way, it’s a sobering feeling knowing that years have quickly gone by and you still haven’t done what you set out to do. I had to be honest with myself and realize that nobody was going to hand me my future and that I needed to work harder for it.

For years, my efforts were invested in my video productions, and I was seeing the positive returns from it, and I know that if I apply that same dedication to my music and shift the focus of my efforts, I will see a greater return in that area as well. After making gradual changes, I have noticed a significant change in the amount of my listeners as well as the quality of my music and writing and am so excited for what’s to come.

In the past few months, I have had two releases; “November (Mary’s Song), and “Snowman” and I am excited to announce a new single dropping on April 19th called “Rainy Day” and “Star of the Sea” in late May.

Great, so let’s dig a little deeper into the story – has it been an easy path overall and if not, what were the challenges you’ve had to overcome?
The road has definitely been rocky at times, but at the end of the day, I think it comes down to having perspective. There are things in my life now that perhaps me-five-years-ago would consider bumps in the road, but I don’t see them in that way now.

With any trial, it’s really less about the thing itself and more about how you handle it. I have been scammed, rejected, struggled with self-doubt, and sometimes just wanted to throw in the towel. But I have learned the value of persistence and perseverance, and they have been instrumental in helping me fight the battles against myself.

We’d love to hear more about what you do.
I sing and write songs for happy souls, broken hearts, and everyone in between. It’s more of a folk-pop, singer/songwriter vibe and most of my songs tend to be about longing or searching, but they usually turn out hopeful in the end. But I believe it is my lyrics that set me apart in that they seem to have had a way of emotionally resonating with people in a way that I never expected.

I am fascinated by people and their stories. Sometimes a single emotion can spark an entire song whether it’s my story or theirs. I have seen grown men cry at my shows. So many people have expressed to me how moved they were by a song or that something I had written or sang changed their life or helped them in some way. That it’s a very humbling and moving thing to hear and it only inspires me to write more.

What moment in your career do you look back most fondly on?
One of the most incredible moments was seeing my song in a show on a major TV network. It was for a surfing show that aired on ESPN and ABC, and it featured my original song “Plastic Stars.”

Some friends and I went to a sports bar that was playing the show and, man… that was a great feeling. To think that seven years prior I was telling people that I couldn’t sing to having an original song on TV. It was a humbling moment for sure, and I just felt grateful. 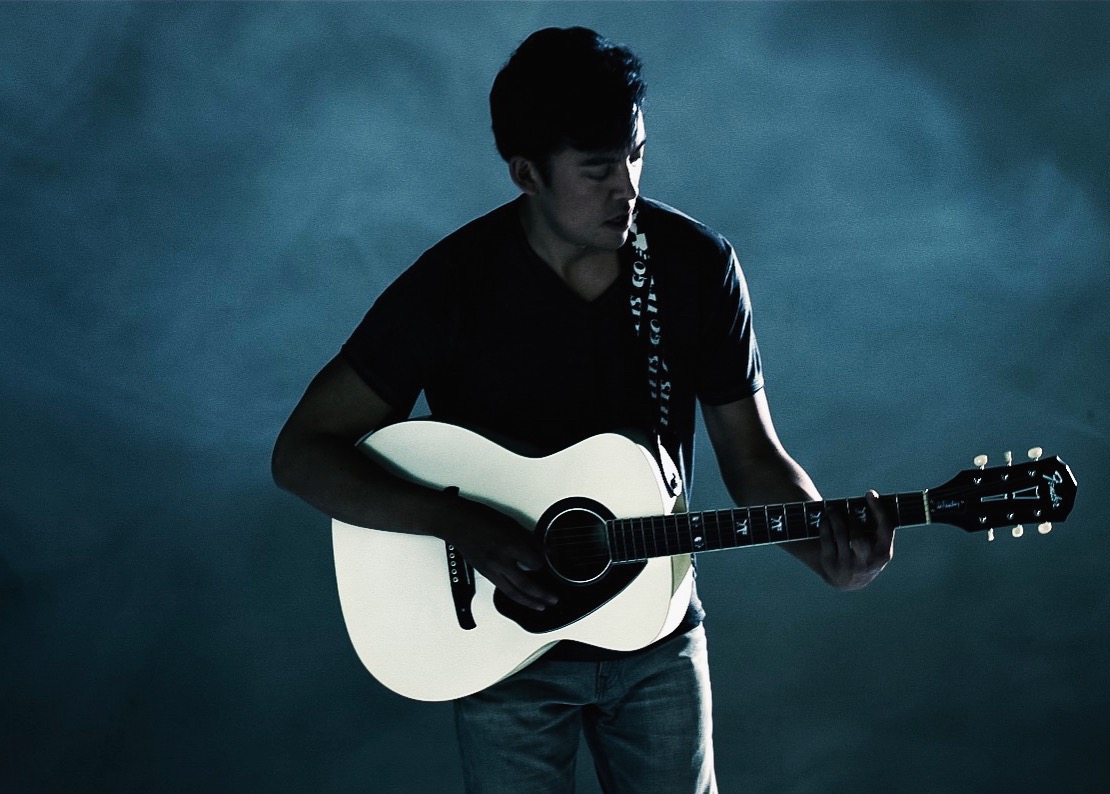 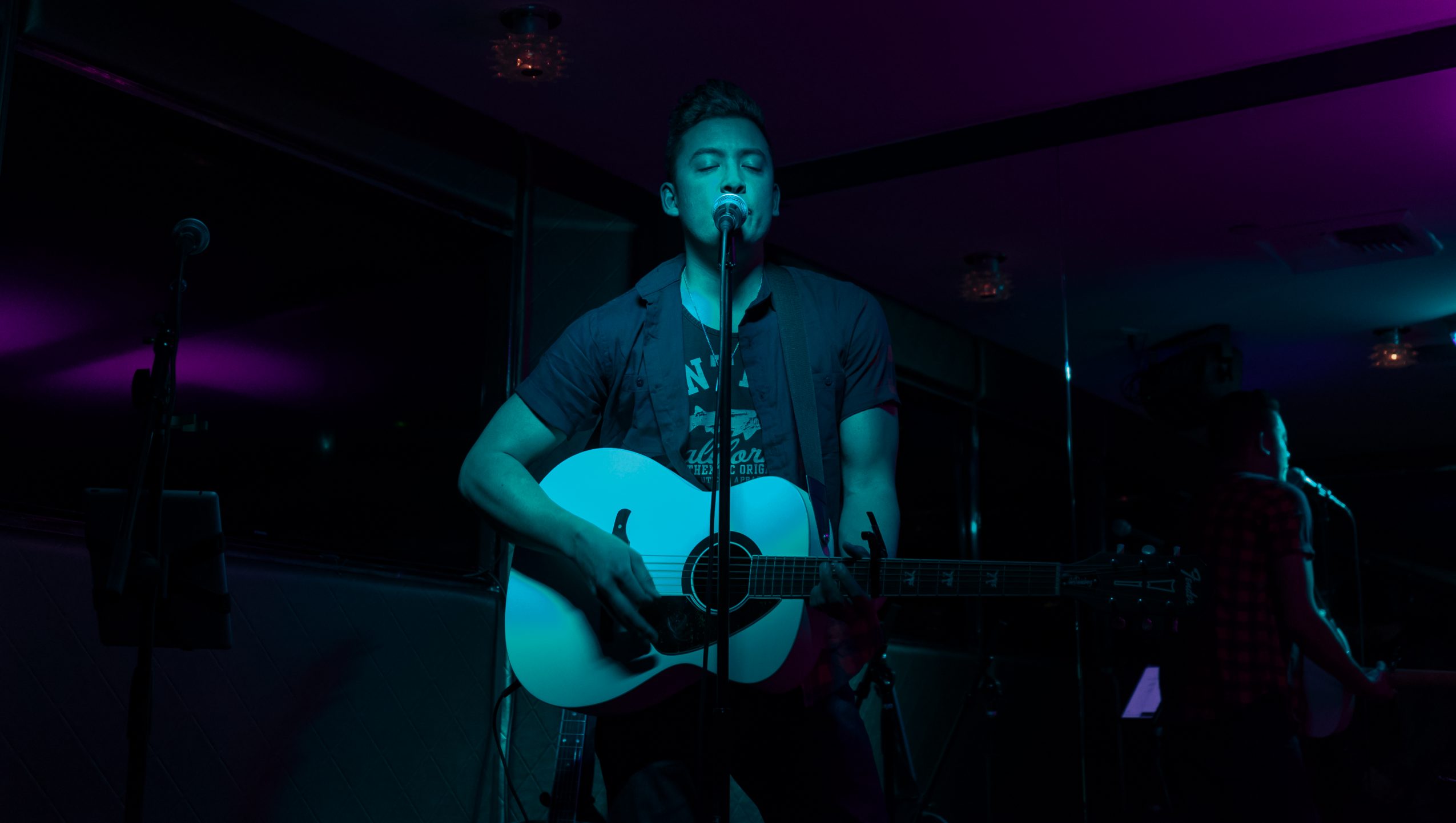 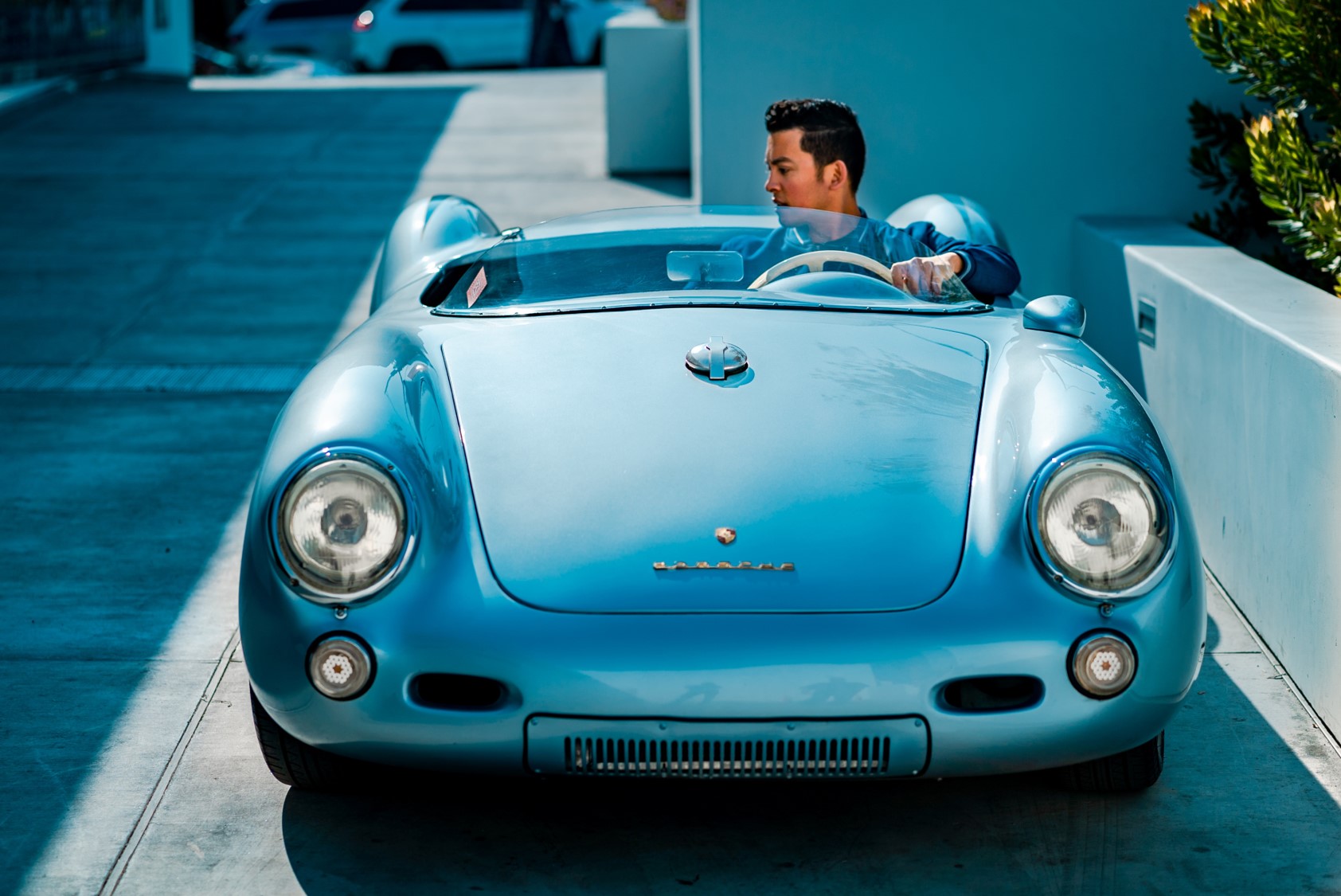 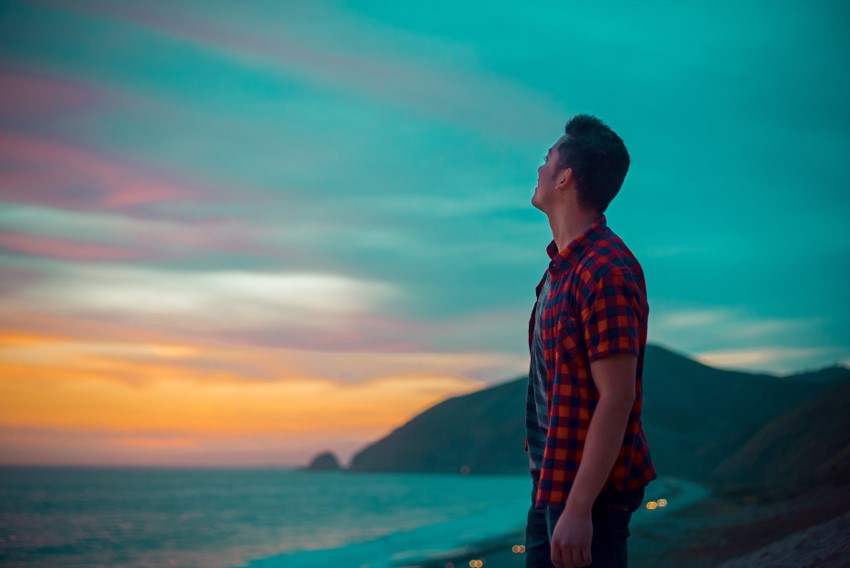 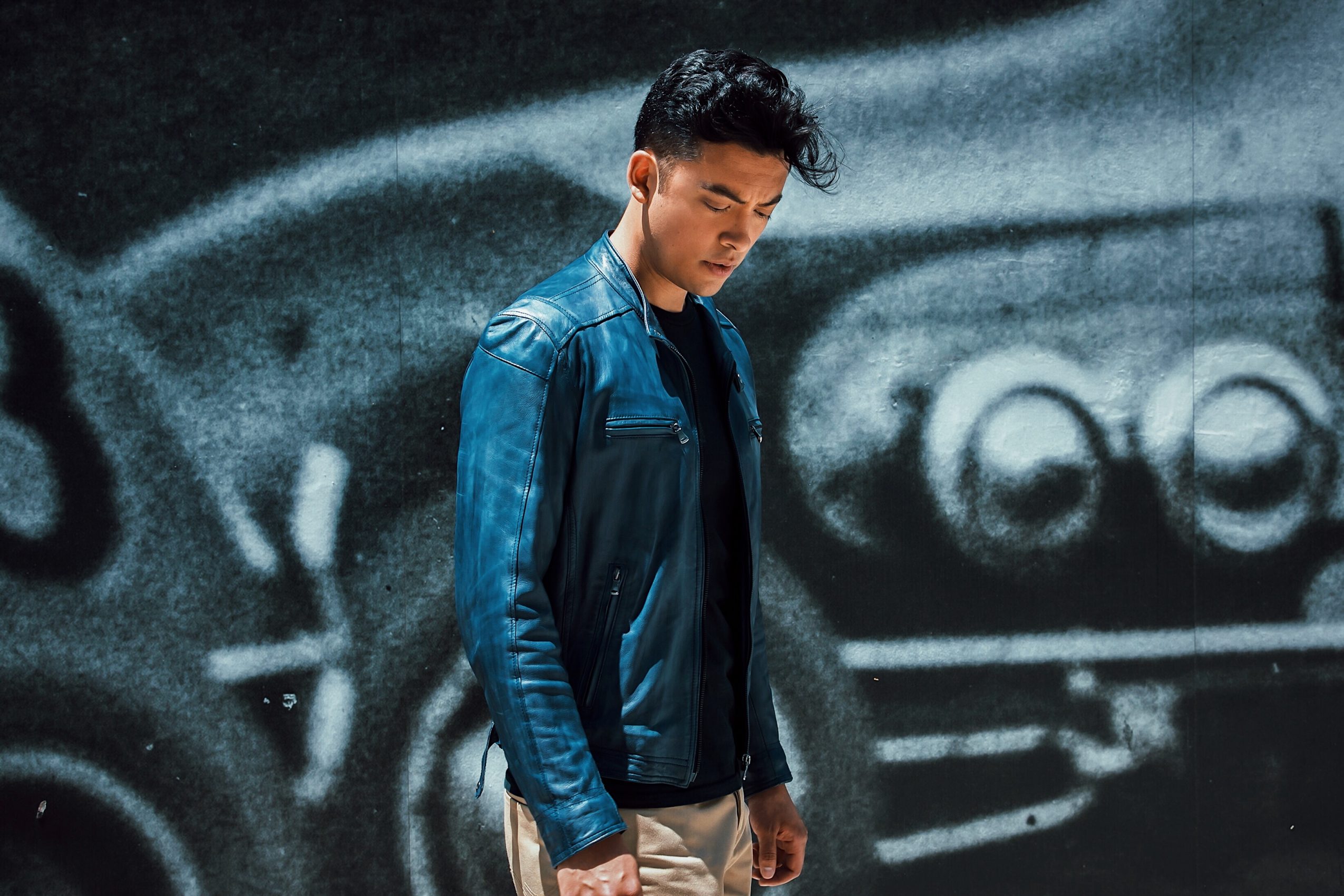 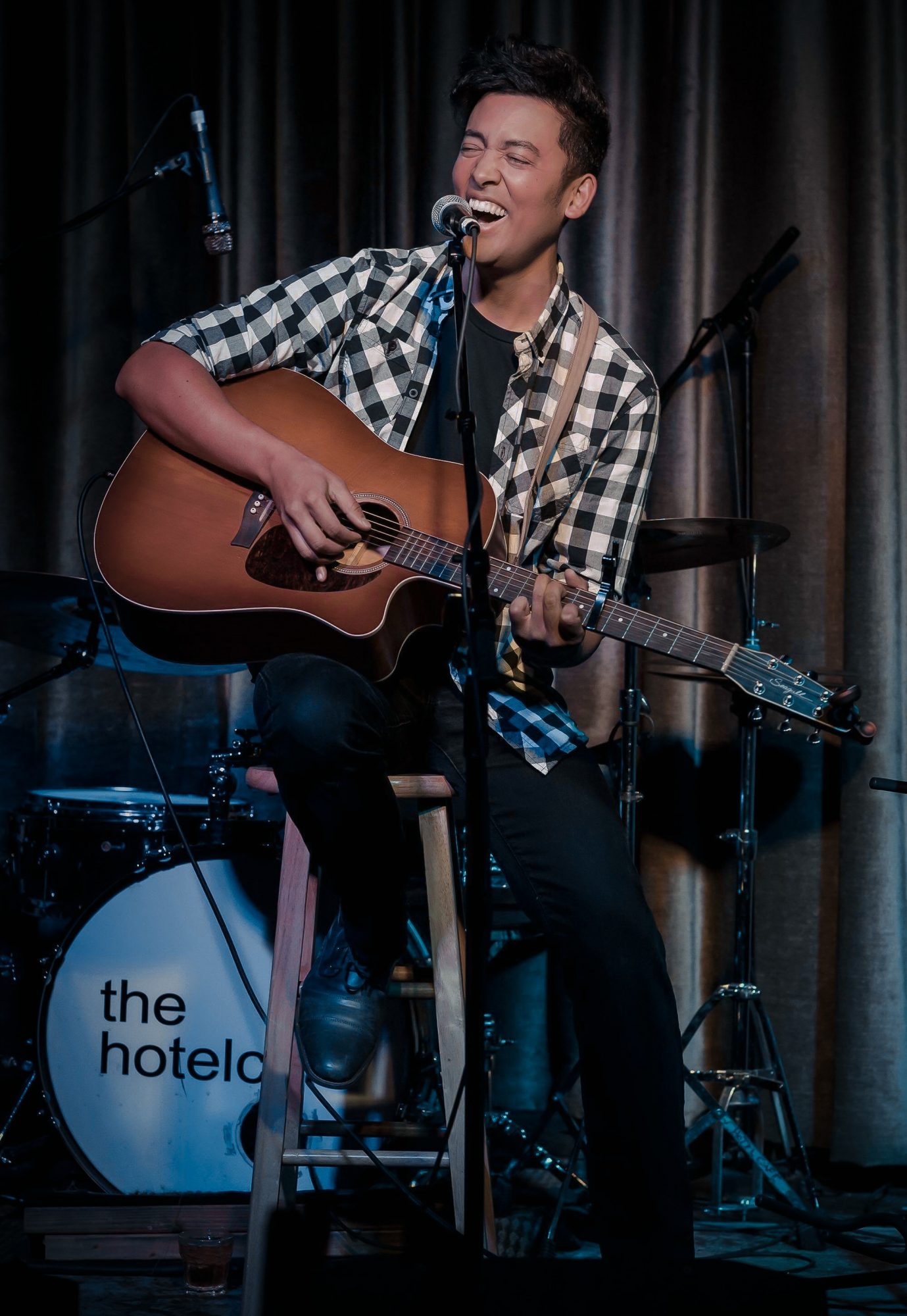 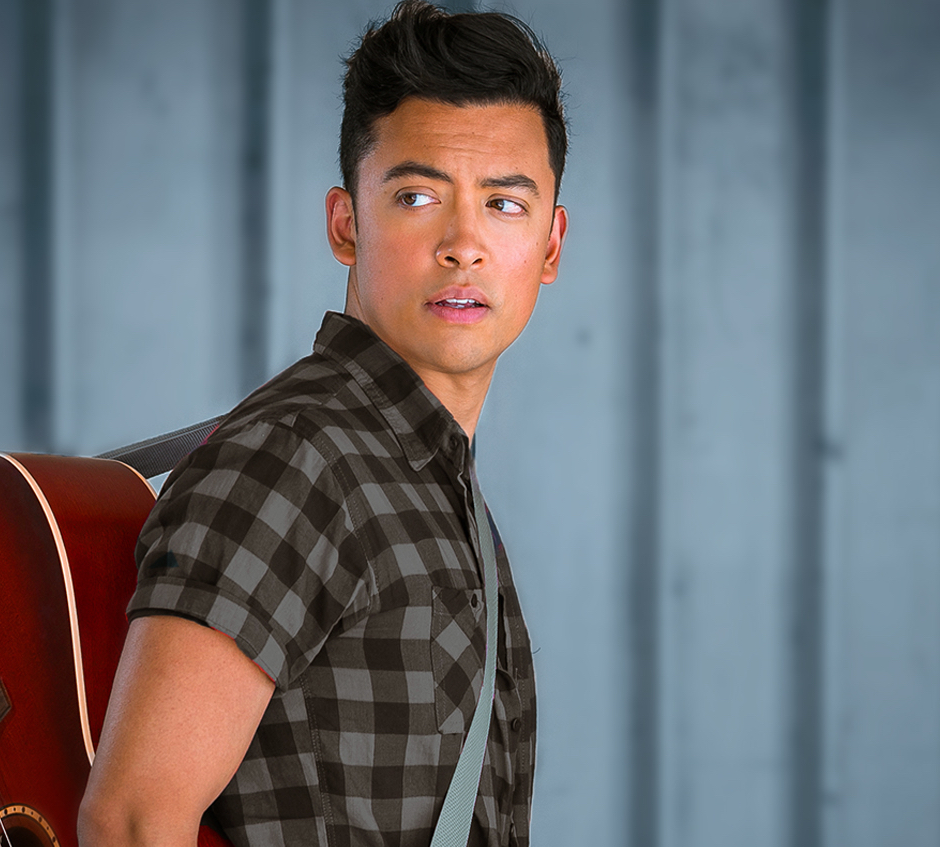