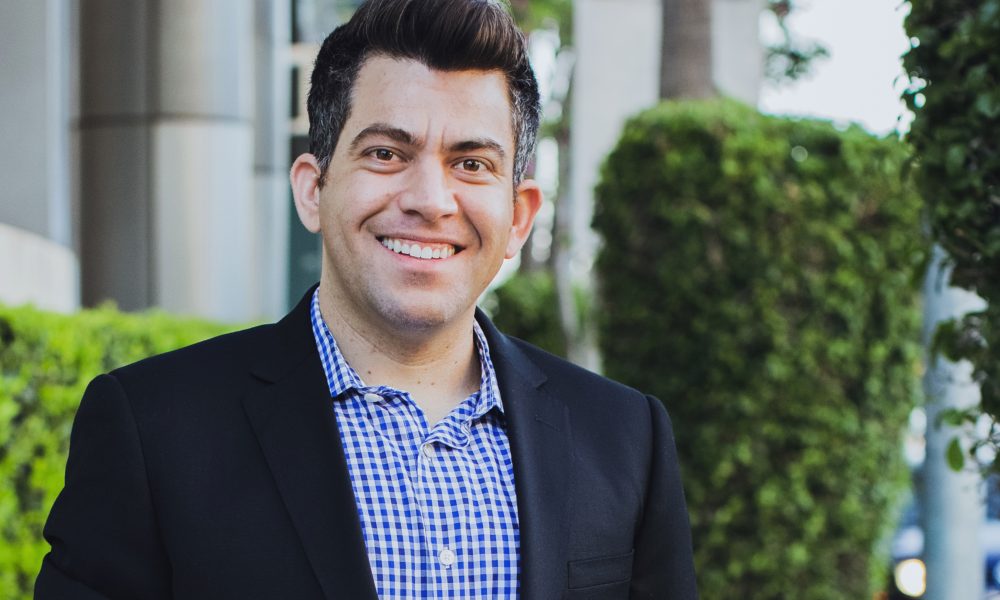 Today we’d like to introduce you to Daniel G.

Daniel G, please share your story with us. How did you get to where you are today?
I was born and raised in the Valley. My past life journey (for this life) began when I was in the 5th grade, and at the time, we had been studying American history in school. When we came to slavery, our teacher brought in a VHS copy of “Roots.” As I watched the scene where an African man was thrown overboard from a slave ship, I was disgusted to say the least, yet I had the distinct feeling that I had witnessed this scene before, but this was the very first time I had seen the mini-series. As the episode went on, everything I viewed seemed “new,” and that was the end of that… or was it?

As a child, I had always believed there was more to the world than what met the eye, but the education system taught me that this wasn’t the case. Science held the answers to everything, and if science couldn’t answer a mystery, then there was no merit to it. So, I grew up a child of science, believing only in scientifically accepted theories. Freethinking wasn’t encouraged; being “different” wasn’t encouraged. So every feeling I had which strayed from mainstream thinking, became tucked away in the back of my head. And like so many others in our world, I became one of the herd.
​
Fast-forward a decade: nothing felt right; there was no fulfillment in my life, then BAM! I was struck down with an autoimmune disorder – which greatly diminished my ability to function in the world. As a firm believer in science, I spent the next six years visiting new doctors, clinging on to the belief that only they could fix me. I could go on and on, but I think we all know how that story ends…
​
One day I took a good hard look in the mirror and said to myself, “We’ve got to find another way. Alternative healing? Seriously? Come on man, what do you have to lose? Yeah, I know, it’s time.” It took me a while to wrap my head around that one. But once I let the notion manifest for a bit, it felt as if the Universe began to point me in the right direction. At the time, I was in a memoir writing class (ironically, I had no interest in writing about myself,) so for one of my assignments, I brought in my guitar and performed a “fictional” song I wrote – loosely based on reincarnation – or more specifically, the concept of finding a lost love in another life. Although I hadn’t done the assignment correctly, or even remotely close to what I was supposed to do, the instructors (a married couple) asked me if I had ever heard of past life regression. I responded that I hadn’t, then inquired a bit more. They shared their experience, and it all seemed very fascinating to me. I let the notion of giving it a try bounce around in my brain for a bit. Then six months later, I gave it a try.
​
While my first past life regression experience didn’t heal my autoimmune disorder, I left with a new perspective on life: “after the experience I just had, I’m now a firm believer in past lives. That means there will be a next life. It could be better, or it could be worse… these are the cards I’ve been dealt this time around, so how am I going to play them the best way I can?”

A year later, I became a certified past life practitioner of QHHT® from Dolores Cannon’s Quantum Healing Hypnosis Academy. Aside from my practice, I’ve continued to engage in my own regressions with other practitioners of different methods (just to see all the field has to offer.) In one of these sessions, I came to the last day of my previous life. I was an old bald man sitting in front of my TV. And right before I left the body (passed away) I caught a glimpse of what I’d been watching on the tube: an African man being thrown overboard from a slave ship. I was watching “Roots.”

Has it been a smooth road?
It’s been the smoothest rocky road around. Yes, my health issues have been a struggle, but it led me to where I am today, and for that I am grateful. It’s also been a bit of a struggle in the sense that past life regression has yet to be widely accepted, so from time-to-time I get a side or a death stare when I tell someone what it is I do. Although, in time, that has become easier to deal with.

So, as you know, we’re impressed with The Past Life Regressionist – tell our readers more, for example what you’re most proud of and what sets you apart from others.
I take people on a journey through time, using the time machine which resides in their subconscious mind. In that space, I help them revisit past lives to uncover blockages holding them back in the present, which stems from patterns in their past selves. Yes, I know that can be a bit of a tongue twister.

What I’m most proud of is what sets me apart from others, past life regression is unique. If someone asks you what you do, and you respond, “I’m an accountant,” that’s the end of that. If you respond, “I’m a defense attorney,” that’s the end of that. When you respond with, “I’m a past life regressionist,” they respond, “Oh,” or “Wow! What’s that?” It’s an amazing feeling to be able to introduce someone to something they’ve never heard of before.

Let’s touch on your thoughts about our city – what do you like the most and least?
What do I like best? I’ve lived here my entire life, yet there’s always something new to discover.

What do I like the least? How everyone is so strapped for time, in large part due to traffic. I feel that if we as a city and a society had more time to travel inward, our lives would be much more peaceful.