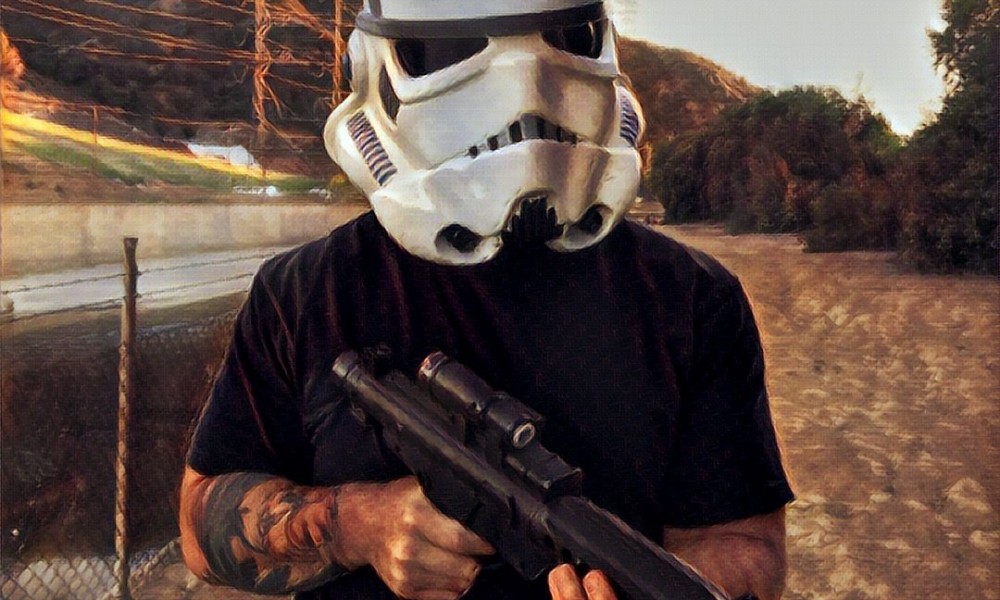 Today we’d like to introduce you to Craig Pickerill.

Craig, please share your story with us. How did you get to where you are today?
My journey began as a young kid. I have a lot of artist in my family and was exposed to a lot of different types of creative expression but I didn’t know how to convey my own creative voice. Unlike some of my relatives and friends I was never good at drawing, painting or singing, but I loved to tell stories. This being way before the digital age of filmmaking, cameras and photoshop the only available tools I had to use was my dad’s old VCR camcorder and my mom’s old Nikon 35mm still camera, both of which I used to express my creative voice.

I was fortunate enough to have an uncle who really cultivated my love for filmmaking and visual storytelling which would end up setting me on the road to where I am now. Some of my fondest memories of my uncle (now passed) are the times we spent watching old movies and breaking down “movie magic”, the how and why behind special effects, editing, directing and all the things that most people don’t think about when watching movies. This really opened my eyes to a whole new world, one that I was fascinated by and wanted to be a part of.

I pursued my love of filmmaking and photography through college where I majored in film with a minor in business. While in school I had a couple internships but one internship, in particular, is where I would begin my career path starting as a video editor thanks to two people who would take the time to mentor me and my creativity. After busting my butt taking out the trash, cleaning the machine rooms, running wires, organizing and setting up projects and learning as much as I could about editing I was finally given my first job editing a cartoon for Kids WB. This experience along with the guidance of the company’s owner (Mickey) and the lead editor (Evan) I began to hone my skills as a storyteller and editor.

By the time I graduated college I had worked up a reputation for being a hard worker and fast learner and with the relationships I had built was able to start working at places like Disney Channel, E-Entertainment, Warner Bros, Cartoon Network and Fox Sports.

After many years of editing, I began to use the skills I had curated to branch out and started directing and producing which lead to doing commercials and campaigns for companies like Honda, Microsoft, and Pepsi.

Has it been a smooth road?
My road has been definitely anything other than smooth but I do believe any goal worth chasing will always have its struggles. I have had many bumps along the way but 3 really stand out to me.

Starting from the beginning of my career at my various internships I remember having to do all the grunt work for the staff, take out the trash, get coffee, wash cars and I remember once I had to clean a parking lot with a leaf blower and broom because a v.i.p. Client was coming in and they didn’t want any dust or leaves to possibly get on their car. This definitely tested my work ethic and commitment to learning my craft.

In 2008, when we had our first real big recession hit I was let go from the post-house I was working at, along with several other employees due to “financial tightening”. I remember looking for work and the few places bringing on a freelancer let alone staff had cut their rates in half (at least) and extended their working hours. Finding myself with $150 to my name and student loans piling up while working 14+ hours a day I began to question if I wanted to try to continue to make a living in this industry or just keep it as a hobby and artistic escape.

The final big struggle was when I finally decided to work for myself and be my own boss. I wanted to have the freedom to choose the types of projects I would work on, what clients I wanted to have and the ability to choose what skills I wanted to exercise. Trying to merge the creative with entrepreneurship was a large learning curve. The amount of time, sweat, and hustle it took to have that freedom seemed almost unending and definitely had moments that brought me to my knees but now I have 2 little girls and am glad I did it while I was much younger.

What has been the proudest moment of your career so far?
This is a hard one to answer but I would say one of my proudest moments in my career was working on a short docu-style tv pilot called One Act of Kindness. The pilot followed the story of two women who started an orphanage and education center in Haiti as well as three families who were having trouble getting their adoptive kids due to the corrupt government and policies that were active in Haiti at the time. It was just myself and the producer/director traveling around the US and Haiti meeting wonderful people and capturing an amazing story.

Although the pilot never got picked up it ended up gaining momentum with very influential people in this industry and resulted in not only helping get over 18 orphans to their adoptive families but ended up helping the foundation the two women started to raise enough money to rebuild the orphanage after the earthquake, build a school that educates ALL the kids in their area for free and they were able to build a small hospital to help the neighborhood due to the extremely poor quality of healthcare for most the population.

This was a proud moment not because of anything I did but because it showed me the power of a story that allowed people to relate and be moved by something that most of them have never been exposed to and it opened up an opportunity for other people’s lives to change for the better.

Tell us more about the struggles you’ve faced along the way.
I think struggle is something that is such a constant in life when it comes to growing professionally, creatively and personally that it’s hard to pick just a couple.

I remember very early in my career I was working for a company that had a lot of promise, I got to work on a lot of fun projects in a fun creative environment and I thought “this is where I want to work”. I turned down a couple other job offers to focus on working for this particular company. A few months after I began working the company self-imploded due to some bad decisions by the owners and I was left without a job during a season in my industry where most people were not hiring or didn’t have any extra projects to jump on.

I remember thinking, “what do I do now?” I didn’t have the contacts I have today, I hadn’t built a solid reputation for myself outside a few places I interned for and I had to pay rent, eat and have gas for my car. I was able to do some odds and end jobs to just get by with food and rent but I hit a point where I couldn’t even afford gas to drive to any possible interviews and jobs. I had to borrow money from friends and family for a short time and learned a valuable lesson in the importance of networking and not putting one’s eggs in a single basket so to speak when it came to a job.

There were always the struggles starting off of learning what type of jobs to take, what type of clients to seek out, what my creative voice is, what to charge and building a steady client base. As I get older and look for new ways to grow there are new struggles that arise. I have a wife and two daughters so the struggle of family and work is something new I didn’t have in my early years that I am slowly learning to control.

Is there something we can do as a city to improve the outlook for professionals like you?
I do feel like Los Angeles and by extension, all southern California is a great place for my career. It is the film capital of the world with amazing locations and companies to do work for. I would tell people just starting out that LA is a great place to get started BUT it is very expensive to live here comparatively to the rest of the country so if you do decide to get your start out here know what you want to do, look into what the competition is like and then work your butt off to be better than them 😉