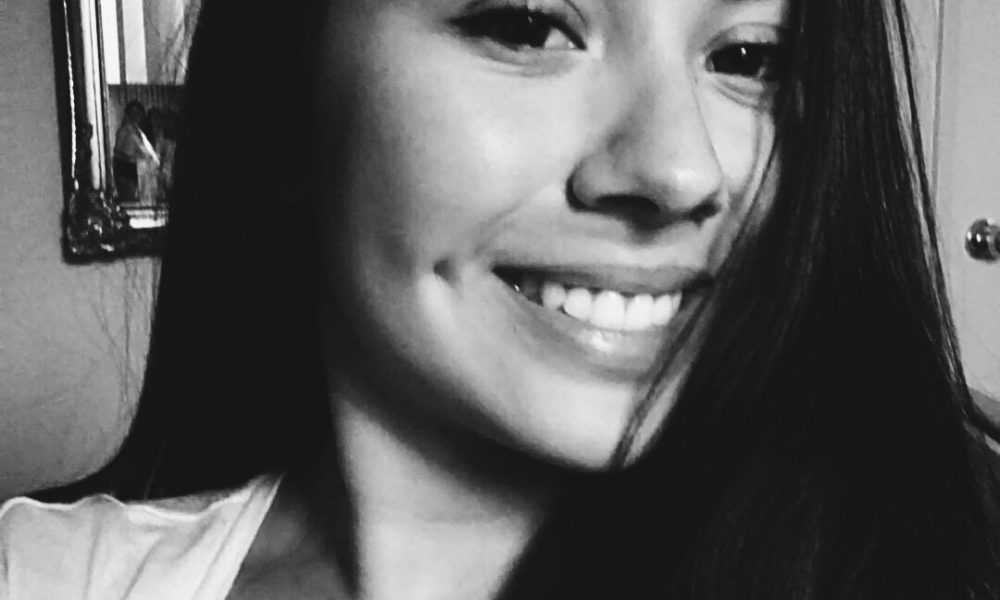 Today we’d like to introduce you to Natalie Avalos.

Natalie, please share your story with us. How did you get to where you are today?
It’s kind of interesting how I started Threeologie. I was actually working in Santa Barbara running a film production office in 2014. It was actually one of the worst jobs I’ve ever had. My boss was very demeaning, rude, and refused to pay her employees at times. It was really tough because I had just graduated from college and I desperately needed work so I stuck with it for a year. It got to the point where I couldn’t take it anymore and I quit spontaneously. Right after I quit I bought a one-way ticket to Thailand and backpacked South East Asia with my boyfriend Thomas for about 5 months. It was one of the best decisions I’ve ever made. And while I was traveling I found joy in lettering and practicing typography. Thomas ultimately encouraged me to pursue lettering and design. He’s a huge advocate for building your own business and working for yourself and so I took a leap of faith! It also helped immensely that he believed in me every step of the way. It’s taken a lot of blood, sweat and tears, mostly tears but I am now finally starting to see myself succeed in something I am passionate about. It feels great. I am so thankful for 2014 Natalie for quitting that horrible job and buying a ticket to Thailand. You go, girl!

Has it been a smooth road?
Building your own business is not an easy road. It’s extremely tough and stressful not knowing where your next paycheck is going to come from. Although it is tough to build a business it is the most fulfilling thing I have ever done. I may fail a thousand times but I will always get back up and be better because of it. People are so afraid to fail but failure is actually a good thing, it’s an investment. There’s a quote by Dave Ramsey my parents always tell me and that is, “If you will live like no one else, later you can live like no one else.” It may be very difficult, stressful, depressing, and lonely at times but it’s so worth the work. I will continue to fail and I’m okay with that because each time I am better for it.

Do you feel luck has played a role in your life?
I believe life gives everybody a chance and in a way that’ is sort of like luck. But you have to be willing to take advantage of that opportunity when it opens itself up for you. For me, that was meeting Thomas, my partner. I don’t know if it’s luck or faith but he sparked this passion in me to do the thing that I loved. He ultimately told me to not get a job and pursue my own business. I thought he was crazy at first and after a lot of convincing, I did it. It sounds cheesy but I feel that meeting Thomas has made me a better person and he’s made me believe that I can accomplish absolutely anything. Not many people will sit there and watch you fail over and over and still say at the end of the day “you can do it.” He is my token of luck I guess you can say. I’ve failed many times and I will continue to fail but he will always be there to tell me he believes me in and sometimes that’s all the luck you need.

Is there a quality or characteristic that has played an outsized role in your success?
I would have to say that since I was a little girl my parents always told my sisters and I “you can be whatever you want and nothing is impossible.” So I’ve always lived my life thinking that. If I don’t know how to do something I learn it. If I’m scared of something I pursue it. I’ve always thought to myself I can do it and I will do it.

Let’s touch on your thoughts about our city – what do you like the most and least?
What I really love about LA is the diversity it has. You can go all around LA and see and meet people from numerous backgrounds. People are so afraid of each other nowadays it’s a breath of fresh air to see this city filled with a mixture of cultures. What I dislike about LA is the transportation! I’ve traveled to cities where you could get anywhere easily! I lived in Belgrade, Serbia earlier this year and I walked to the supermarket, I walked to the bars, I walked to work, I walked to clubs, I walked everywhere! It’s pretty stinking amazing. So it’s frustrating that this city was built for cars and not for walking. I love cities where you can walk anywhere or take a subway to another town. Many cities around the world built around walking and that’s something I love to do when I travel. So it kind of sucks when I try walking around LA I can only get so far until I need to get into a car.