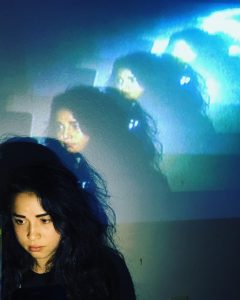 Today we’d like to introduce you to Paige Emery.

So, before we jump into specific questions about the business, why don’t you give us some details about you and your story.
At 17 years old I was torn when I was told I had to go to college and choose between my two passions, music and visual art, because I had to “choose one thing to be successful” and I had to “go to college to be successful”. With much difficulty, I chose visual art and obtained my Bachelor’s Degree in Fine Arts at an art school whose program was composed rigidly of classical representational training (picture a school of students training to be Rembrandt). Growing up in a small suburb within the bubble that is Orange County, with no like-minded friends nor creative community, this was my first glimpse into the world of art and the academic painting was all I knew art to be at the time. Although I appreciated everything that I learned from that school, I felt unsatisfied making representational paintings in a derivative context, and I felt unsatisfied putting all my waking hours into fine art to pass my classes with no spare time to pursue my music outside of a bedroom hobby. I resisted multiple urges to drop out, but I left a week before my graduation ceremony with a one way ticket to Europe, a lifetime supply of student debt and no desire to pick up a paint brush ever again. I found escapism of the ingrained art academia by teaching myself music in very DIY methods. After a couple years of couch-surfing, hitch-hiking and falling in love with strangers in different countries, I finally decided to stay in one place and moved to LA. As I attempted to engage in the art world my initial impressions were experiencing exclusive “who’s who” cliques at elitus art shows of commodified art that wasn’t about the actual art itself, which completely elevated my feelings of not wanting anything to do with it. (Years later, I ended up finding extraordinary exceptions rebutting that). This pushed me to delve deeper into music where I found the childlike-wonder, experimental freedom and passionate unconventionality that I was missing in my world of visual art at the time. As I became more invested in music, it became my newest art project.

Great, so let’s dig a little deeper into the story – has it been an easy path overall and if not, what were the challenges you’ve had to overcome?
There have many times where I wanted to give up pursuing a music path, for instance when I couldn’t pay rent and couldn’t buy food and my hard drive crashed and my pedals broke and my Twin Reverb started reeking of smoke while my monitors also blew out and the guy I bought them off of would’ve respond to my texts. Also at the first sold out show I played, my backing tracks and visuals decided it was a good time to stop working and also the first time I was asked to sign to a “label”, a well-off musician gave me a fake contract as I confided in him all of my ideas and concepts in complete vulnerability and also another label guy promised to record my album but after he made the moves on me and I told him I wanted nothing to do with him sexually the deal was off. These are all relatively normal bumps when pursuing a creative path, but the reason I was able to make it through any of these things and much more is because of the amazing community of like-minded people I am grateful to have found in LA. Despite my initial impressions of exclusive, superficial creative scenes, it turned out to be that I have found the most supportive and socially-aware humans I have ever met in my life here. This city is full of so many genuine, supportive people and that is where I would give credit to anything that I have accomplished.

Alright – so let’s talk business. Tell us about Paige Emery – what should we know?
I am a musician and painter based in Los Angeles. My visual art crosses between and outside of representational oil painting and new media and my music crosses between and outside of post-punk and experimental synth pop. I make figurative oil paintings for every song, outsider video art animating and abstracting each painting, and in my live performance I project the artwork onto myself, a white screen as body. The performance hides my face and focuses on the fluctuating visuals, critiquing the ego of musicians and the superficiality of the music industry and the male gaze. The projected paintings bring fine art into new context to combat the exclusivity of the art world. Depicting themes of intimacy and illusion, the projections create layers of identities. I merge digital with analog formats to create a living, breathing, infinitely transforming multimedia work.

Is there a characteristic or quality that you feel is essential to success?
My work is a bridge between visual art and music, classical and experimental, harmony and dissonance – dualities executed like Yin and Yang. Something very important for me is bringing different facets of art and music into unfamiliar contexts to create new language. Experiences and emotions are not tied to one genre or category or medium or method so I embrace that plasticity to create a living piece of art. 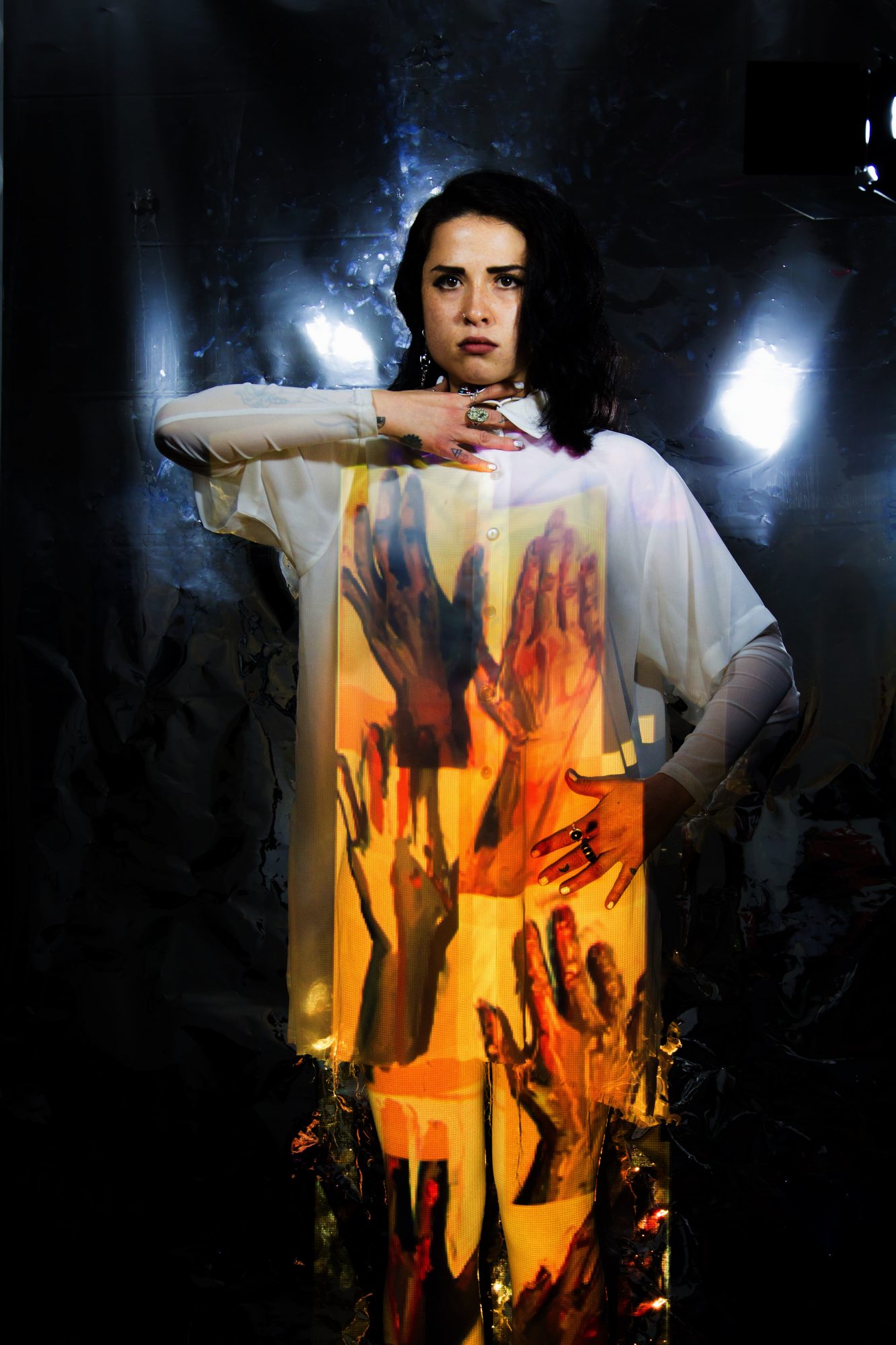 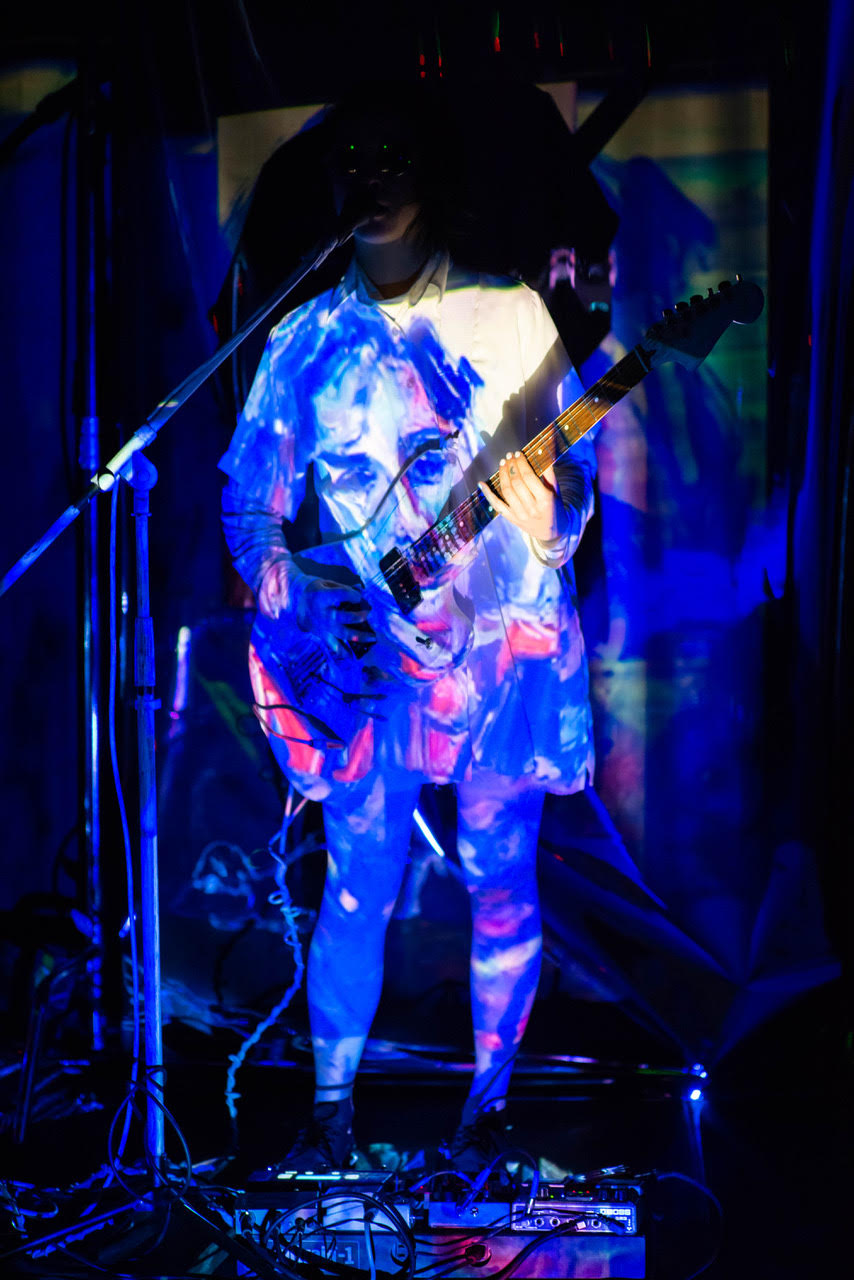 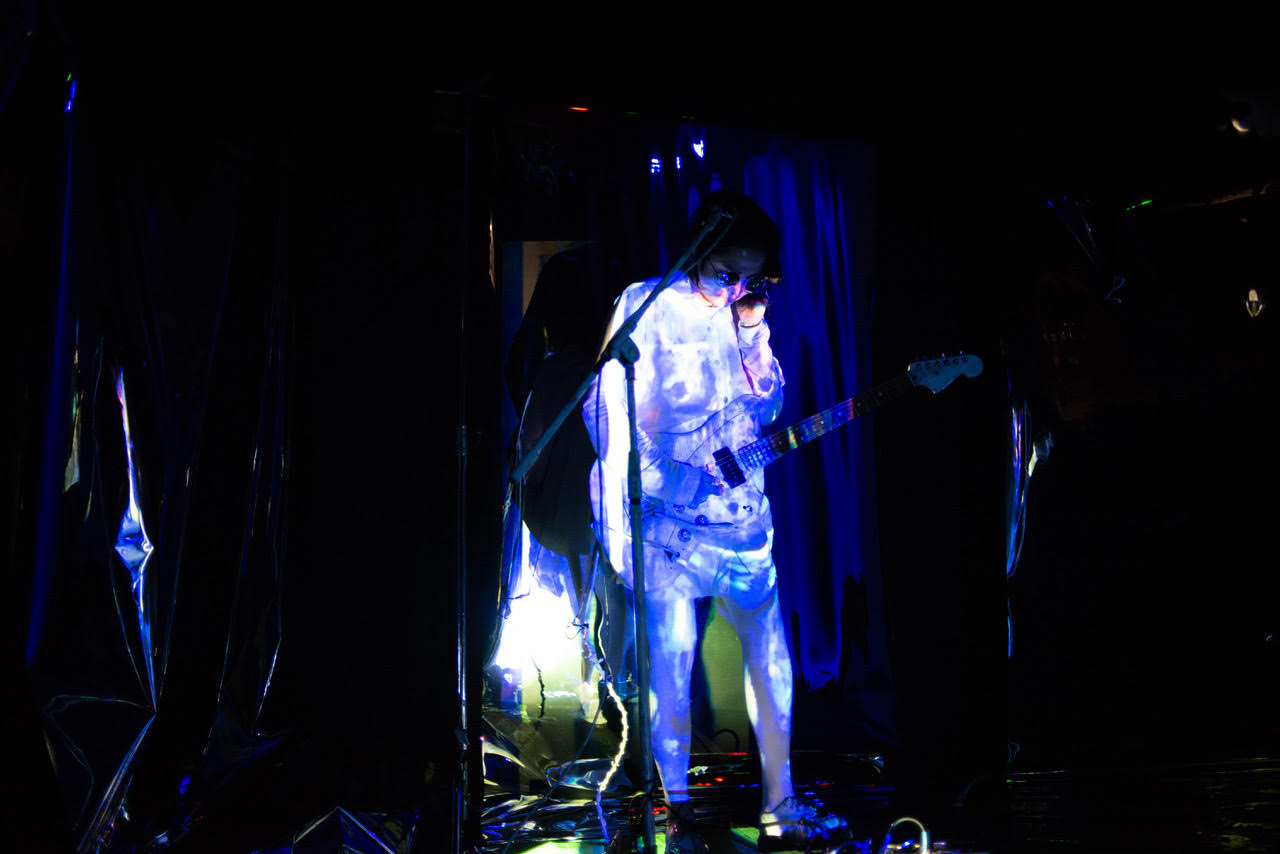 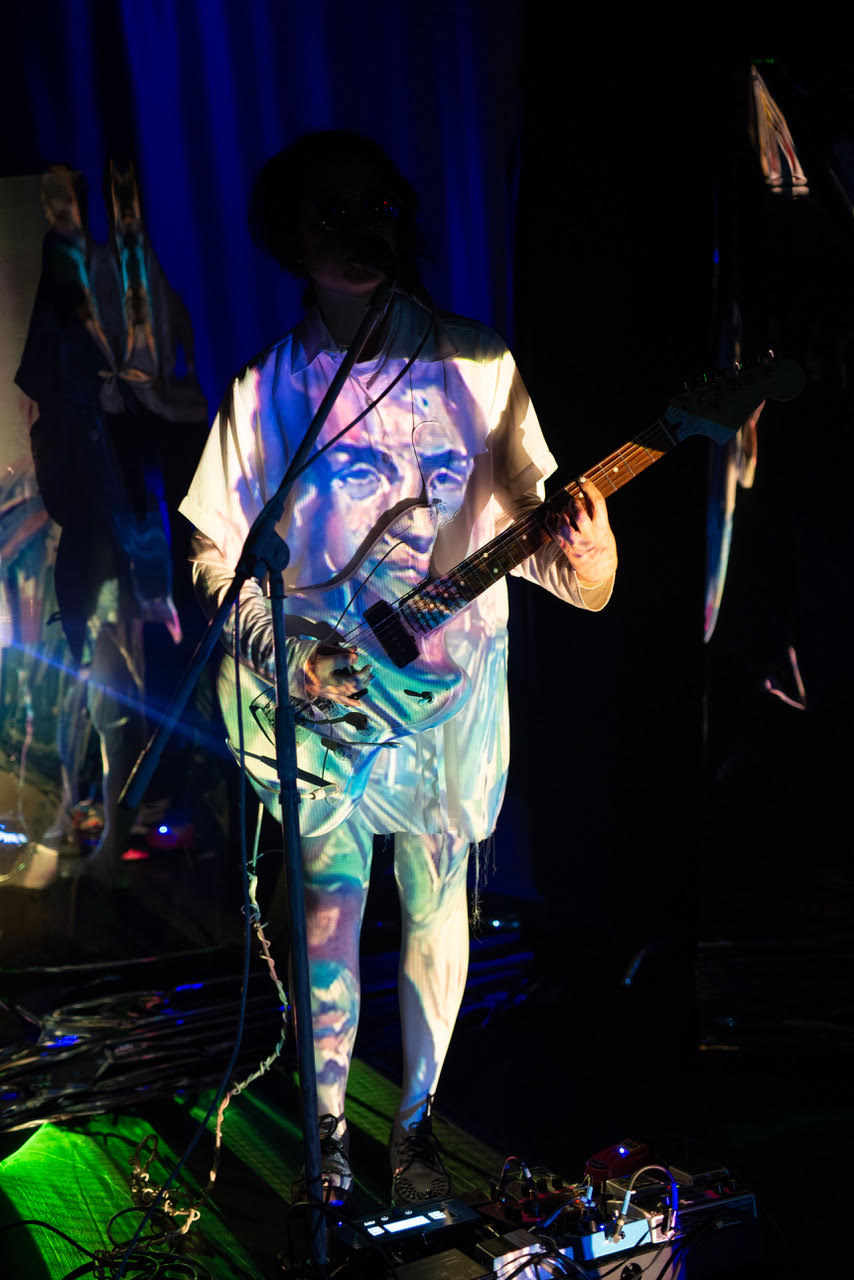