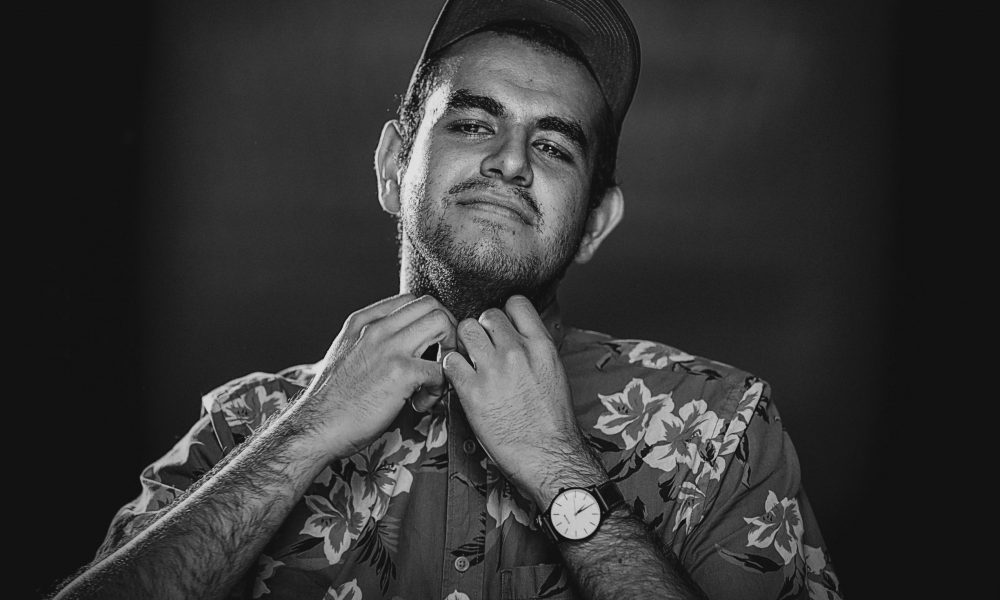 Today we’d like to introduce you to Oscar Ramos.

Oscar, please share your story with us. How did you get to where you are today?
My story begins in Lancaster, CA, a desert town not too far north of Los Angeles, where I was born to young newlywed Mexican immigrants. Having had just recently crossed the Mexican American border, my parents faced an incredible dilemma after I was born due to my sudden development of random seizures as a toddler. Undocumented, and with little alternative, my parents decided to take me and my baby brother to Mexico in order to find me adequate and affordable medical attention for my condition. We spent about three years there before my parents decided that I was healthy enough to end my treatment.

At that moment, again my parents faced yet again an immense decision. Together they shared a dream for a better future for their family. A dream that could only be achieved by leaving that tiny pueblo in which we had been living for the last few years and immigrated to the United States once again. And so a decision was made. A decision that saw my younger brother and I being driven right through the Mexican American border and back into the United States while our parents found their own way in a second time. After my father walked across the desert while my mom was stuffed into a car trunk and driven through the border, our family was once again reunited. We settled in the Bay Area in a small town called Fairfield, ready to chase our American dream.

Fast forward about twenty years and you’ll find that I’m still very much chasing that American dream, motivated by the sacrifices that my parents made back then that have gotten me to be where I am. Today, that fire continues to burn in me as I use it to chase my own goals as a filmmaker.

I fell in love with filmmaking during high school after one of my teachers had given me a hall pass for the semester which allowed me to pick up a camera and go out and shoot short films in the middle of the school year. To this day, I’m still not sure what my teacher was thinking, giving me that kind of freedom, but I’m grateful that she did what she did. After that experience, I knew that I wanted to be a filmmaker, and would be willing to work as hard as I needed to in order to make that happen.

After high school, I knew Los Angeles was the place that I needed to be if I wanted to take my dreams of becoming a filmmaker seriously. I picked up and moved from Northern California to Los Angeles after getting accepted into Cal State Northridge’s film school where I began to start to molding myself into a more serious filmmaker. During my last semester, I was fortunate enough to have been offered a full-time job working as a production assistant for a major YouTube channel where I worked for nearly two years. After deciding that it was time to move on from the company, I moved to work on the production for TubeScience, a digital production/commercial agency. During my time here, I was fortunate enough to receive an acceptance letter from the University of Southern California’s School of Cinematic Arts as a George Lucas scholar, a prestigious scholarship accolade meant to empower filmmakers from underrepresented communities to tell their stories.

Today, you’ll find me balancing my time in between my almost full-time job and school work as I work towards my Master of Fine Arts at USC. On top of all this, I am currently also building up Tiny Planet Films, a production company that my roommates (and collaborators) have started in order to provide both production and post-production services to other filmmakers.

Great, so let’s dig a little deeper into the story – has it been an easy path overall and if not, what were the challenges you’ve had to overcome?
Although it hasn’t really been a smooth road to get to where I am know, I truthfully don’t think I would change the path that led me to where I am today. A lot of the struggles that I encountered along the way were largely rooted in the fact that I grew up in a household where both my parents were undocumented for the majority of my life. Aside from the financial struggles that put on my family, I think the hardest thing to cope with was the fear that accompanied our situation. The fear of not knowing whether or not your mom would still be at home when you got back from school was brutal. The fear of thinking your dad may have gotten caught in a random immigration raid at his job surfaced more often than not. The fear of having your family uprooted at any time was unimaginable.

But we made it through. Somehow, we were fortunate enough to stay complete as a family for twenty years, after which, my parents finally received their residency, and for this I’m grateful. But I’m also appreciative for living the life I did because it taught me not to take anything in life for granted. It taught me to love those around you and hold them close because they may not be there tomorrow. It taught me how to work hard, whether it’s because you just need to make ends meet, or if it’s because you’re pushing yourself to achieve your dreams. I like to think that the road that’s brought me here so far was a privileged one, but not in the typical sense of the word. Where my path lacked in finances and material things, it made up for with an incredible amount of loving and supportive people who have lifted me up to where I am today.

Please tell us more about your work, what you are currently focused on and most proud of.
Above all else, I consider myself an aspiring filmmaker. I’ve been one ever since I picked up my camera and shot my very first short film about ten years ago in high school. I call myself an aspiring filmmaker because I personally feel that I have so much left to learn, and so many goals that I have yet to accomplish. That isn’t to say that I’m not proud of what I’ve accomplished so far. As of today, I’ve produced and directed four short films over the last four years, each of which has made the rounds around the Los Angeles film market, coming out with a few nominations and a few awards. I’m very proud of each and every one of these films that I’ve been able to complete as I made a promise to myself to make at least one short film a year four years ago and I have not only been able to follow through to this promise to myself but have every intention of continuing to create for as long as I possibly can.

As I continue to push myself as a filmmaker, and more specifically a director, I am continuing to search for my voice as a storyteller. As I continue to grow, I’ve looked up to many established filmmakers who have inspired me to create unique and personal stories. As a Hispanic filmmaker, I look up to filmmakers like Alfonso Cuaron, Alejandro G. Iñarritu, Guillermo del Toro, and Pedro Almodovar. As a fan of beautiful storytelling, I look up to filmmakers like Terrance Malik, Christopher Nolan, Ari Aster, Yorgos Lanthimos, and Denis Villeneuve, to name a few.

On top of my creative endeavors, my filmmaking team and I are also striving to get our production company, Tiny Planet, off the ground. Focusing on not only production and post-production services but also on building a network of like-minded creatives who want to band together for the sake of creating as opposed to profits. Although we are small, we are quickly growing as we continue to build our clientele, as well as our team of motivated creatives. We’re looking to the future as we hope to create unique stories while continuing to flesh out our team of directors, writers, producers, actors, cinematographers, editors and everyone else in between those roles.

Do you look back particularly fondly on any memories from childhood?
My favorite childhood memory would be a collection of all the times my family and I would go to the park. Although we could never afford any sort of big trips or luxury vacations, my parents very much believed in the importance of spending time together as a family so they would always pack a lunch for all of us and take my little brothers and I to the park every weekend. These small weekend excursions didn’t feel like much at the time but now in retrospect, some of the warmest and happiest moments I have from my childhood come from those weekends spent at parks. 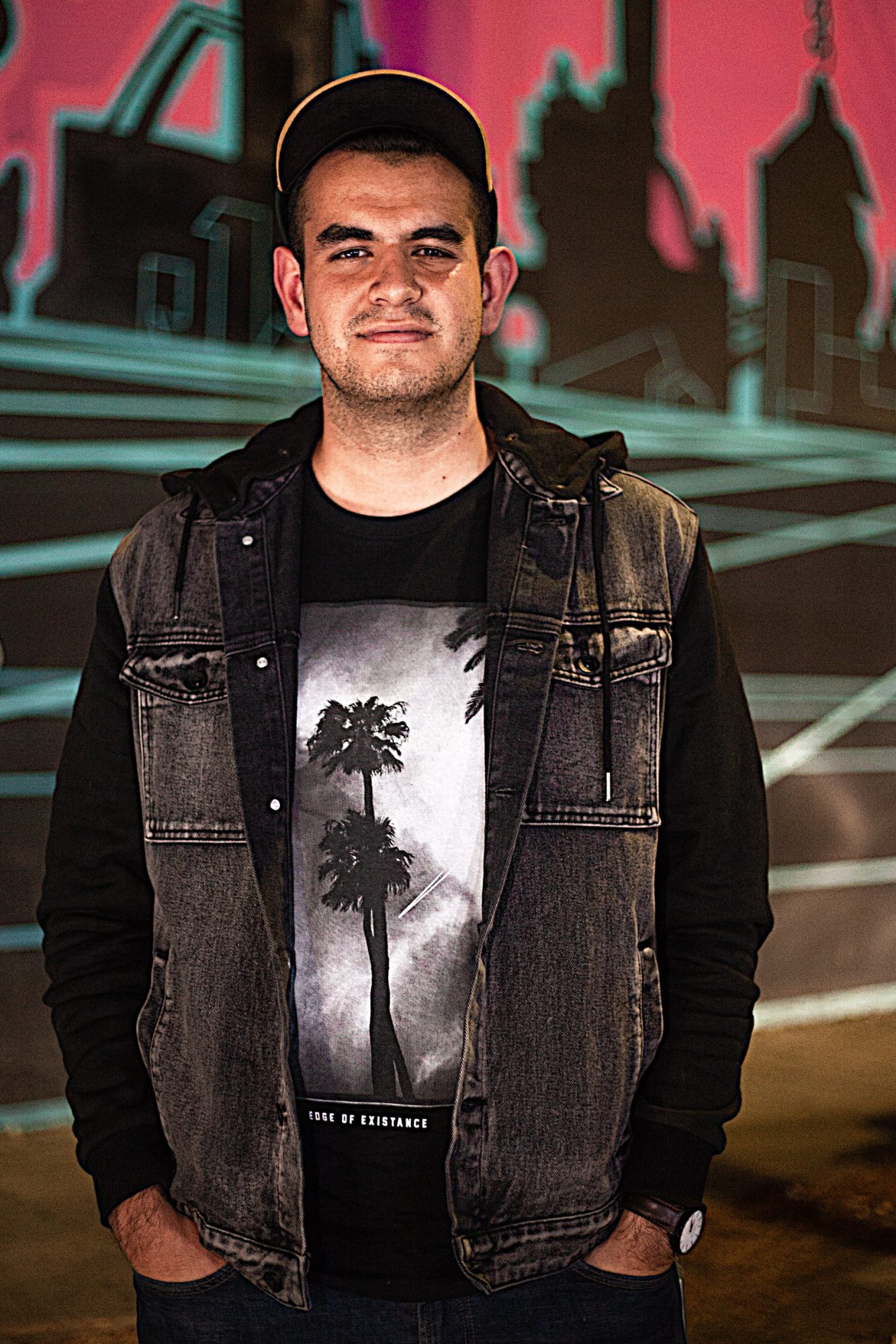 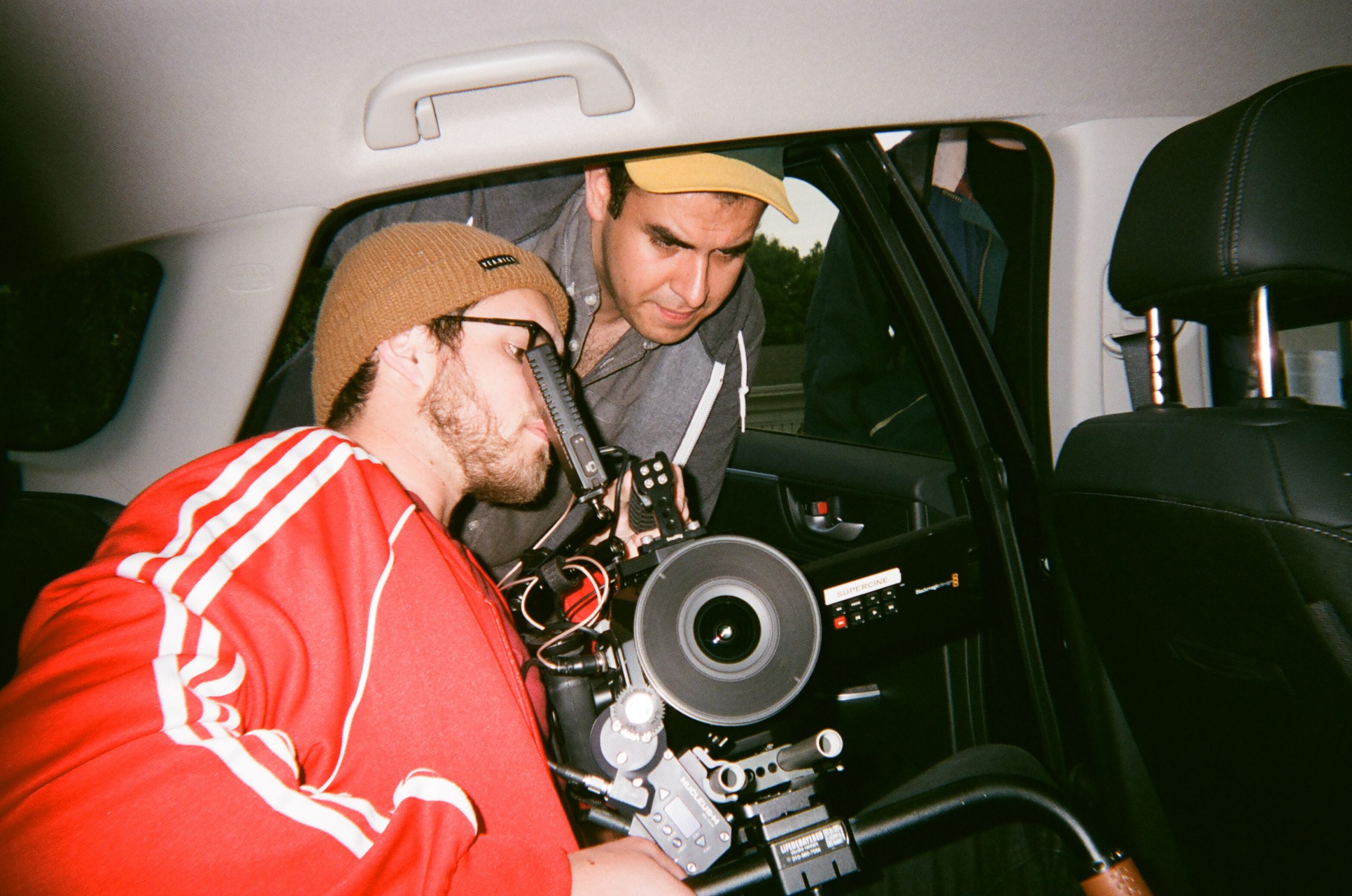 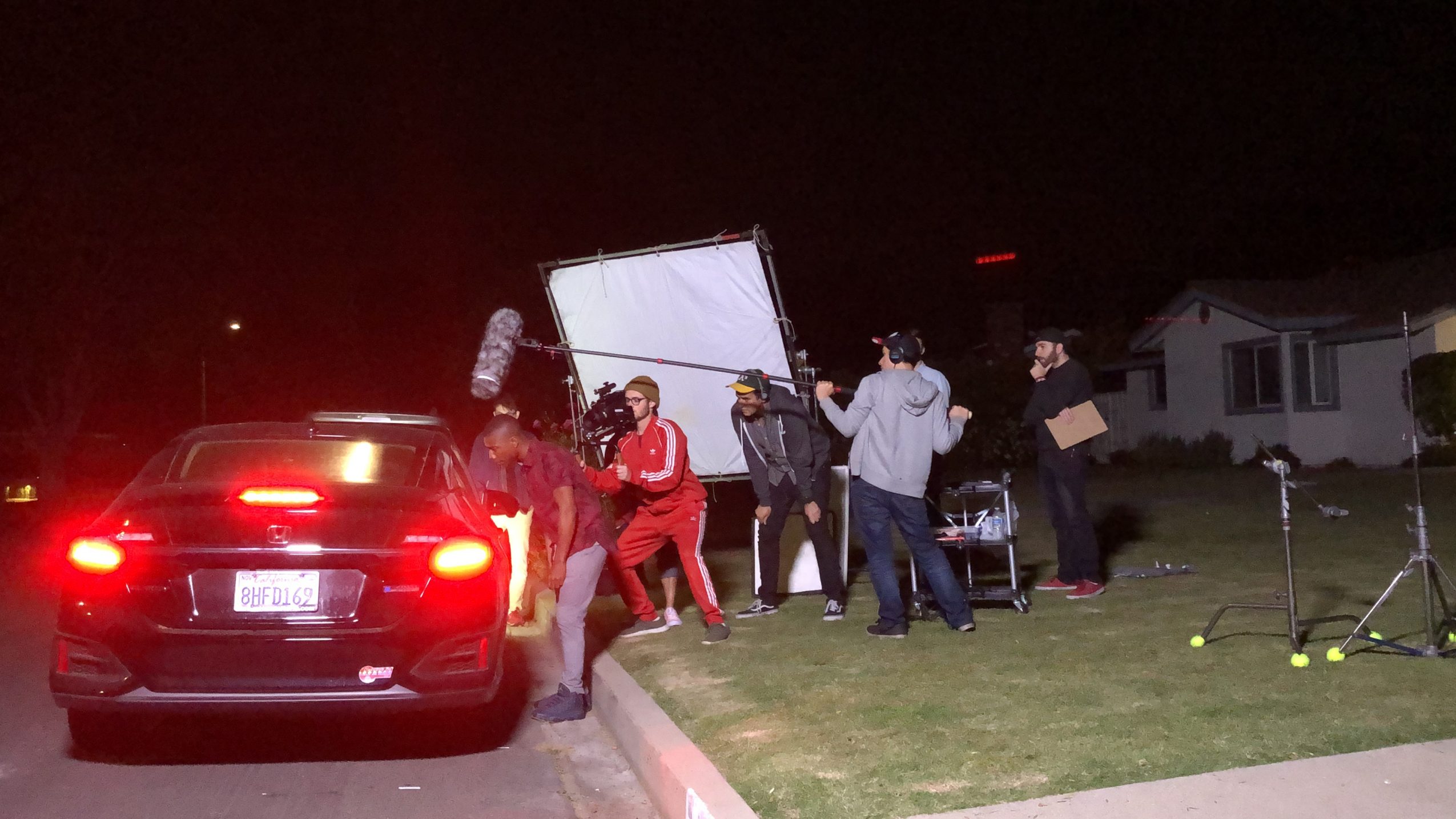 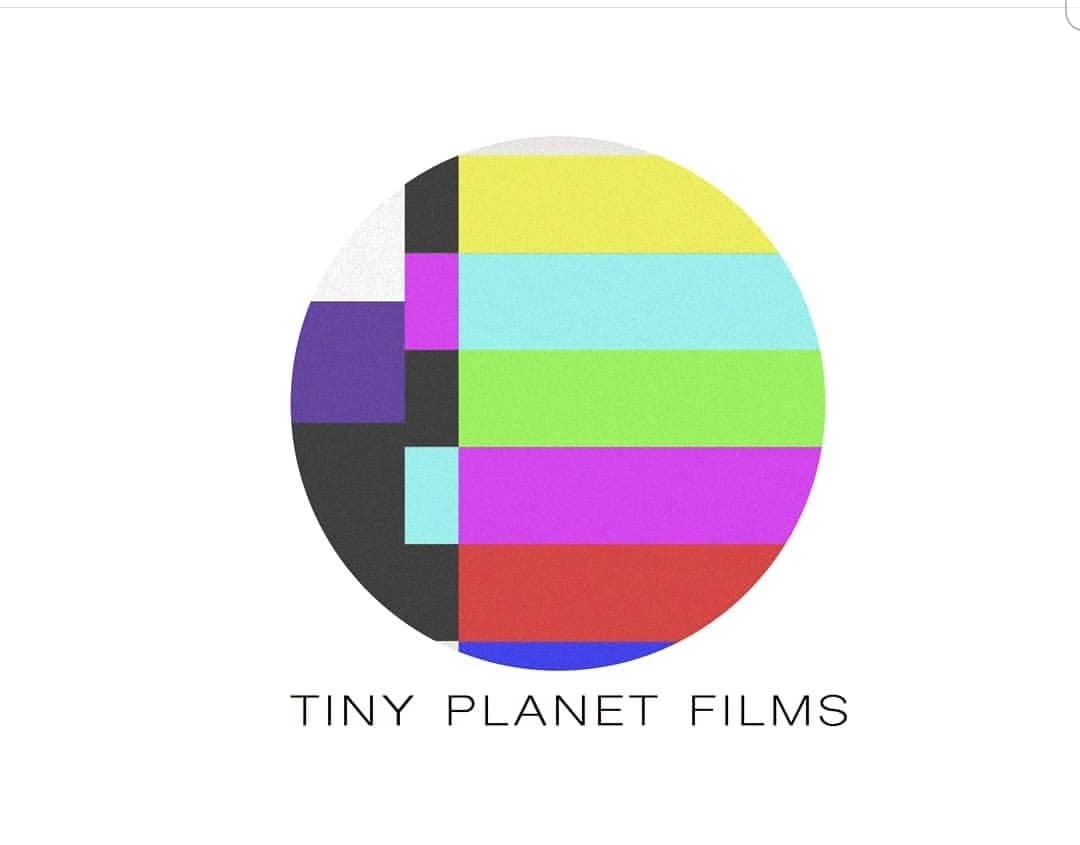