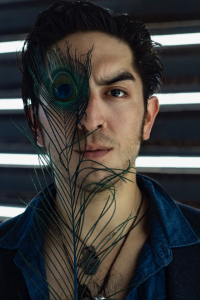 Today we’d like to introduce you to Oscar Bugarin.

Oscar, can you briefly walk us through your story – how you started and how you got to where you are today.
I’m a Southern California native, with a rich family history of music. My grandfather’s family, the Sanchez side, used to have a family band that played mostly in Santa Paula that would play in the communities along the 126 and my father is a self-taught musician. I guess you can say my grandfather and my dad were some of my first inspirations to start playing, and I also give a lot of credit to Elvis Presley.

At around the age of six years old, I discovered Elvis and rock’n’roll and started playing guitar at seven. Since then, I progressed through music history picking up inspiration from the blues, Motown, country, jazz, and all their variants – mostly leaning towards the blues more, being heavily influenced by Jimi Hendrix and Stevie Ray Vaughan. I started playing in churches when I was around 10 or 11, then onto high school bands. A few years after High School, I decided to join the Army, which was something I always wanted to do in life as well, and I wanted to do some good during the time when we had two wars going on. I signed up for six years, married my high school sweetheart, and worked on vehicles as a mechanic (91M) and a recovery vehicle operator. They deployed me to Iraq, Africa, and Kuwait (but I always had a guitar with me). While I was in Africa, I participated in a singing competition called “Operation Rising Star” which was like an “American Idol” type competition that was broadcasted on the Armed Forces Network. I made it to the final 12 and was sent back home early from deployment, where I met some amazing judges and coaches who motivated me to get back to music after the army, but I had almost three more years left at that point. Africa is where I started to write, and a few of those songs have been recorded these past few years finally.

May of 2016 was my final month on Active duty and is when I came back to LA to be with my then-wife and two kids. From May to November, I struggled to find my direction and went to school for audio engineering at Musicians Institute, and I found a network and community of musicians through “The Sunset Jam” hosted and created by Erik Himel. Despite my family cautioning me about the music industry, I started to work on becoming a full-time musician and school simultaneously. I started playing with a few bands like “The Puscie Jones Revue”, “Jules Galli and the Family Jules”, other jam nights, and helped start a band called “KC’s Heroes”. Eventually, I founded my own projects called “The Cowboy Killers” (a CSNY, Eagles, blues, Bill Withers inspired 12 string acoustic and vocally driven sound) with Coby Ryan McLaughlin (later we added Rae Cole on vocals as well) and “Pavo Real” (a power trio with pop and blues-rock inspired rock’n’roll).

So I had two bands, school, and family which proved very strenuous and in 2017 led to a divorce that added more strain during that time, but fueled my drive more and my songs – things have mended more now with my ex and family. I kept writing and performing with my two bands around Hollywood and working with as many people as I could, releasing singles, “Lies” by “The Cowboy Killers” (produced by Chris Sangster, “This Time” and “Love Is Worth a Fight” with “Pavo Real” and continued to promote the music and the bands throughout 2018, Pavo Real then released a self-produced/self-recorded EP (Joseph Wendt, Greg Lewis, and I) with “Pavo Real”- something that we’re really proud of – called “The Space EP”. I then met my manager-to-be at a guitar shop that he owns in Sherman Oaks where he took an interest in me almost right away and led him to help find a producer for “The Cowboy Killers”. He helped us connect with producer Matt Linesch who owns Infinitespin Records (which happened to be next door) and we started to demo our songs and plan our first album.

Unfortunately, due to professional and irreconcilable differences, we had to part ways with Coby and I also parted ways with Pavo Real the same year, but Rae and I continue to work on the Album. We’ve been working on a full-length album at Infinitespin with Matt and David our manger, recording all analog – “to tape” – and producing a band around my 12-string acoustic and the three-part-harmonies, to complete this new sound inspired by our heroes that we grew up with, but still something fresh and new, with a retro vibe. So far, we have something that we’re truly excited to share with the world sometime around the summer of 2020, which we are now naming “Calling Cadence” which is a tip of the hat to the Army and how we call cadence when in a formation. It’s been a journey, but I am truly grateful for everything that has happened and everyone that has been a part of the journey along the way.

We’re always bombarded by how great it is to pursue your passion, etc – but we’ve spoken with enough people to know that it’s not always easy. Overall, would you say things have been easy for you?
It has definitely had it’s ups and downs, but I think that’s a good thing for an artist to help find themselves. The challenges like Army life, divorce, working with difficult personalities, finding confidence in myself as an artist and songwriter daily, etc. have helped me get a better grasp on who I am and where I stand in the world. The failures motivated me to find more confidence in myself, to focus on the goal, and realize that doubting myself is the first step that led to failure when what you need to do is stand firm in your abilities and own your artistry. I was very reluctant to call myself an artist at first and thought I needed some sort of validation or credibility, but now because of the hard road, I see that I always was and always will be an artist. Such is life as an artist I suppose.

We’d love to hear more about your work and what you are currently focused on. What else should we know?
My sound has been classified as something of its own, with flavors of Robert Johnson, Stevie Ray Vaughan, Michael Jackson, Bill Withers, John Mayer, Stevie Wonder and more. I would like to say I specialize in blues because I feel the most comfortable expressing myself there, but there’s more to the sonic make-up of my original songs, and I am a songwriter at heart. I strive to make songs for people to enjoy, that they can sing along to, relate to, and make them feel good. I grew up listening to K-Earth 101 (much like Sam Williams who recommended me for this interview, thanks Sam!) and a lot of “oldies” as a kid, and I just love when a song comes on and everyone sings along in the car cause it’s just so good, no matter what was goin on at the moment – so I grew up wanting to make songs like that. The music that comes out of me today gets a lot of influence from early rock’n’roll, as well as blues, pop, classic rock, and also country.

I was stationed in Fort Riley, KS (1st Infantry Division, home of the Big Red 1) which is where I started to listen to a lot of country music, and all of my fellow soldiers always requested country songs for me to sing, so a lot of my writing style has a country flavor to it mixed in with pop, blues, classic rock, and Motown. Also, I play 12-string acoustic guitar almost exclusively with that I like to bang on to make it sound like I’m playing with bass and drums, but I also can switch back to electric blues. I’m also self-taught on piano through an old Beatles songbook my dad had. When I was a teenager, I used to record my self on an old Tascam 8 track cassette records, hooked up to a PA head (for reverb and more inputs) and record my self on drums, bass, guitar, keys, and vocals in my families garage. Something I plan on doing a lot more now, as well as for other artists. I would love to have my working studio one to record my own projects and also help others develop theirs.

Has luck played a meaningful role in your life and business?
I believe a bit of good luck has helped me along the way, I’m definitely grateful and feel lucky to be alive after going through Iraq, as a recovery operator, which is why I am following my dream and passion. I guess I would also call it destiny, or just the way the universe wants it to go. I like to calculate potential outcomes for the things that I do and then roll the dice, so whether it’s been luck, the universe, or destiny I believe everything happens for the best possible reasons. 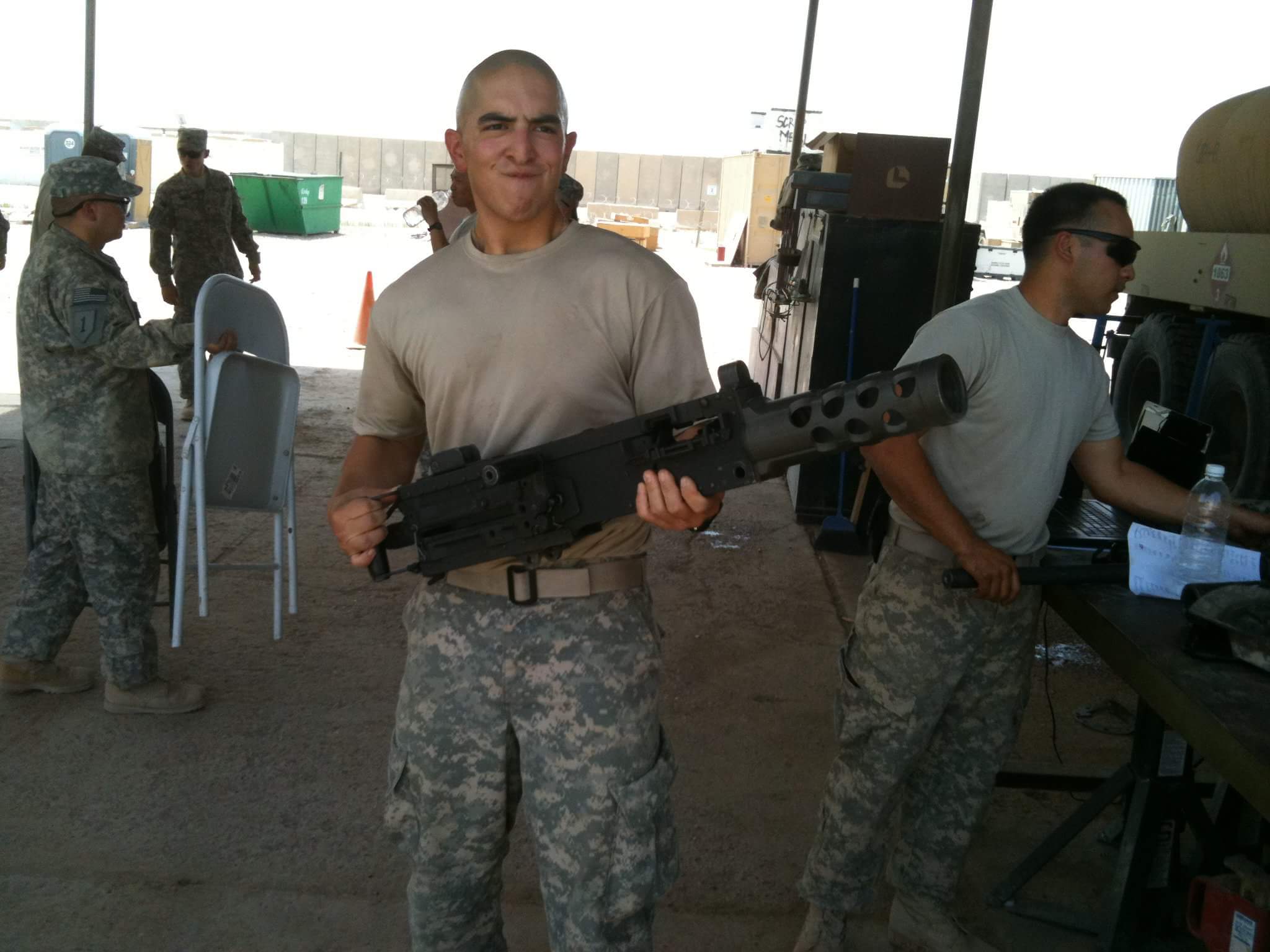 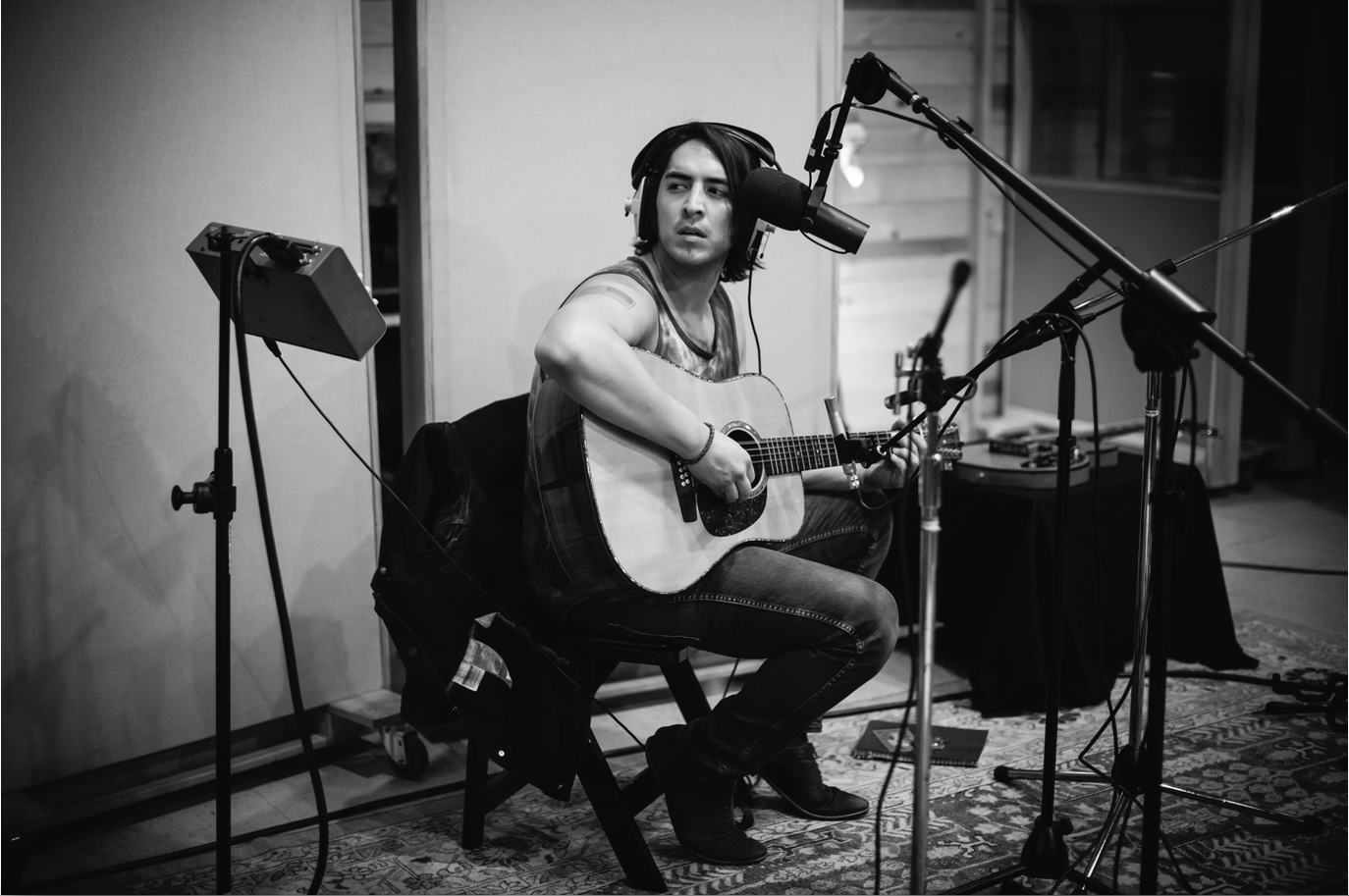 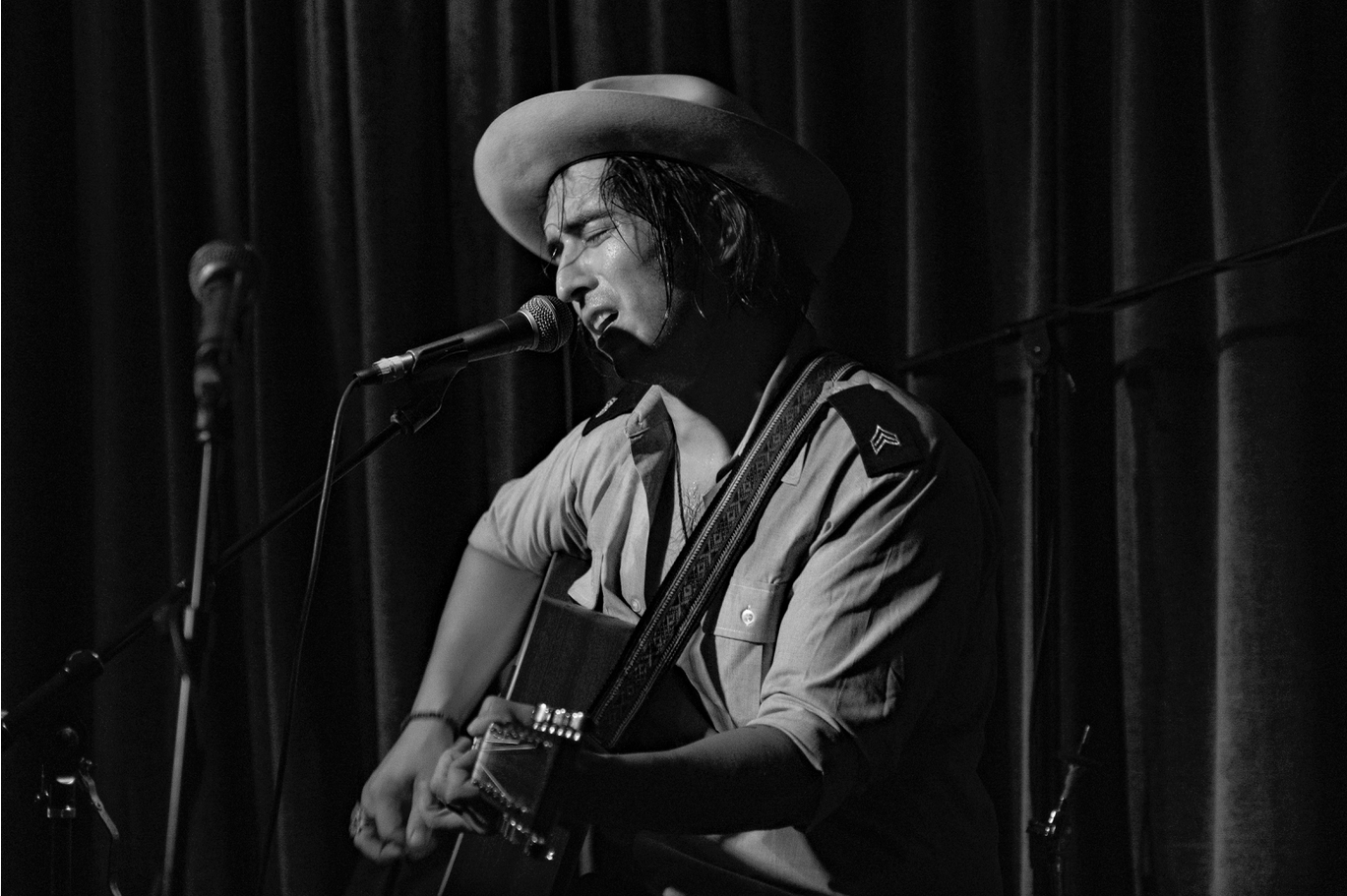 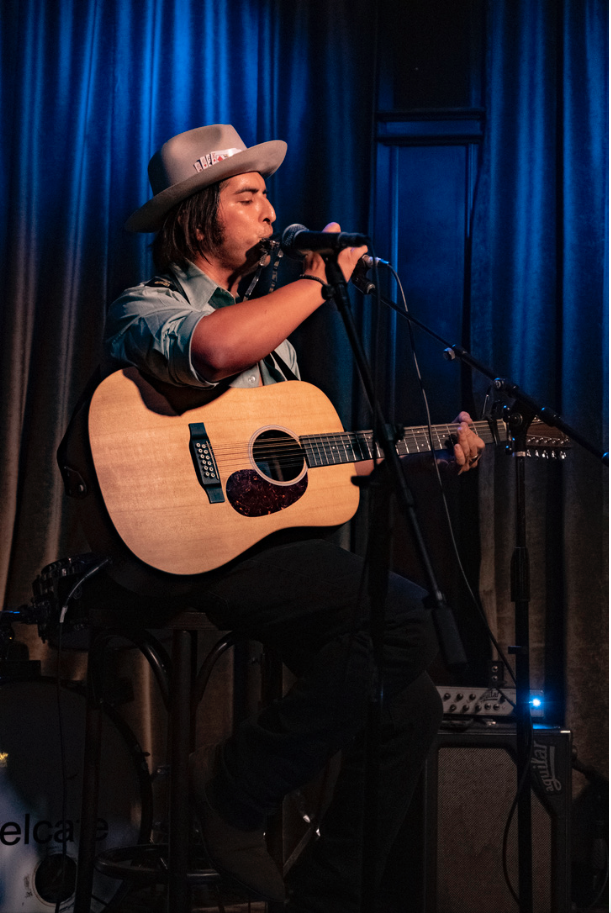 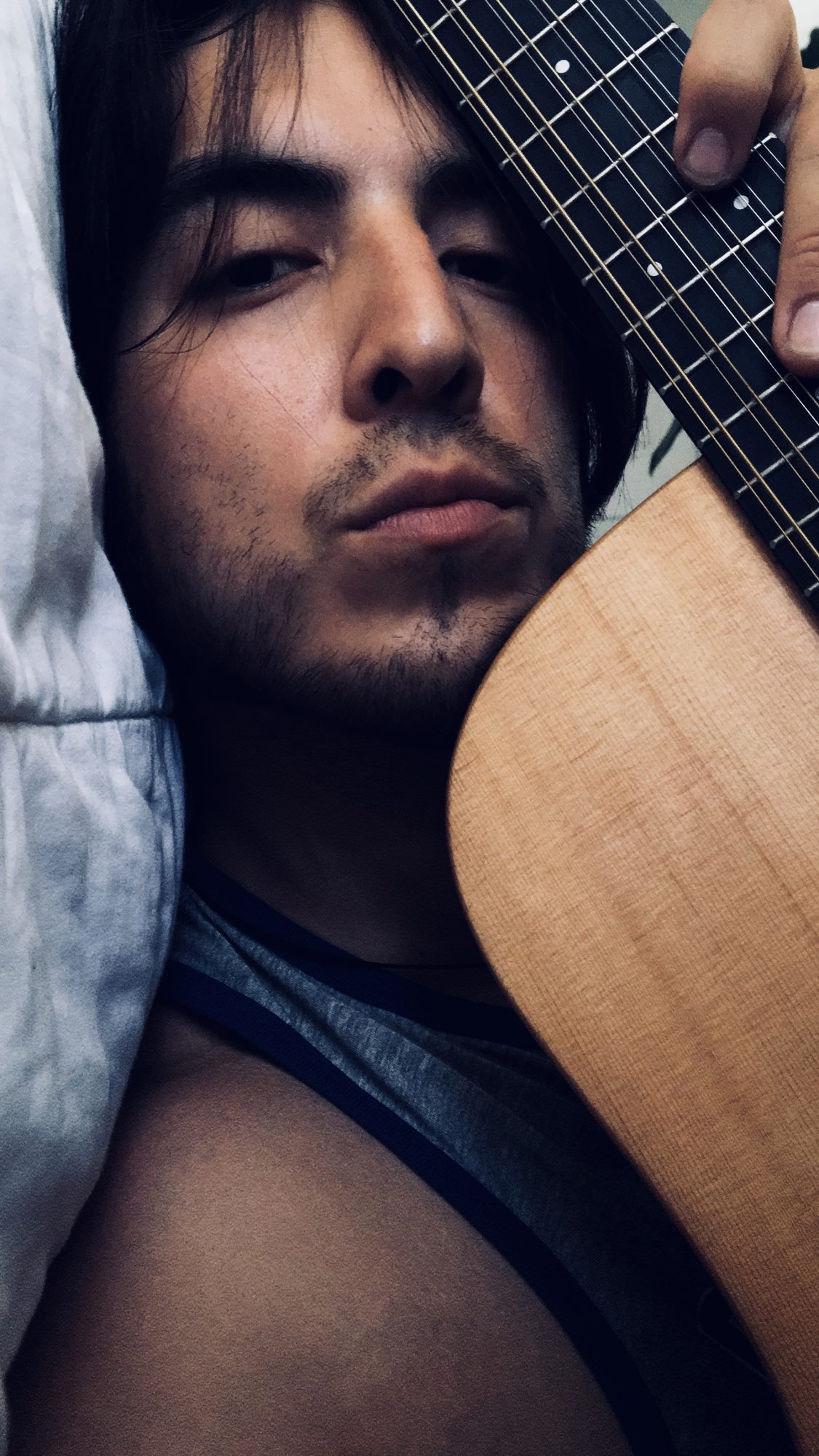 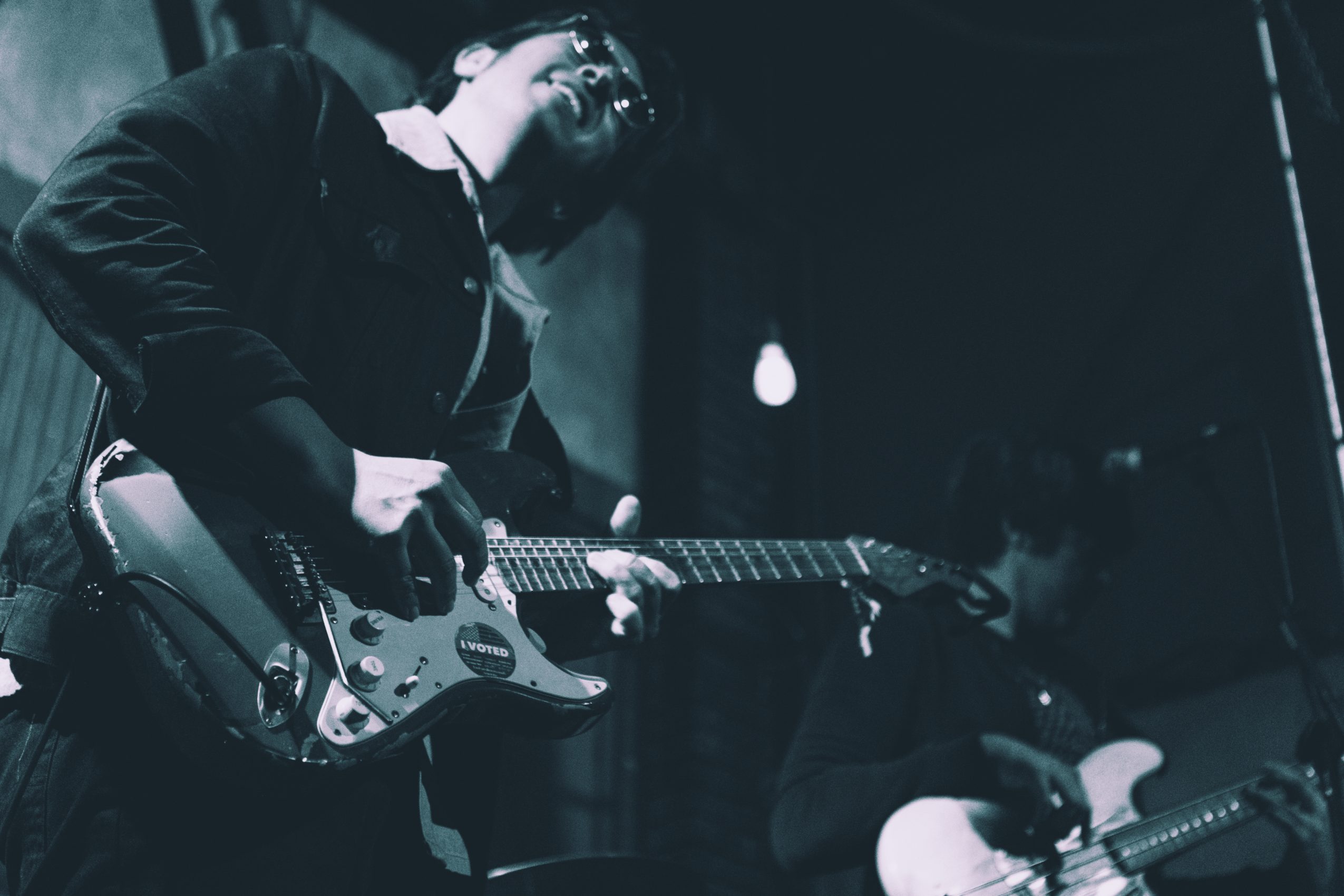