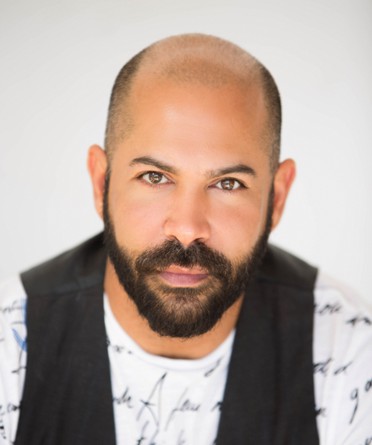 Today we’d like to introduce you to Ricardo Ferrise.

Ricardo’s story is one that literally BLEW US AWAY.  He was fortunate to have grown up around hair and makeup.  His dad was a barber and his mom was a glamorous woman who marketed cosmetics products and would bring him along on sales meetings.  At a young age he developed an appreciation for how makeup could lift people’s spirits.  In high school he was fortunate to have the opportunity to do some hair modeling and that led to traveling with the Matrix Hair Company for trade shows where he got to watch and learn about the industry first hand.  These experiences helped him set up great career for himself in Milwaukee, but soon his friends and those who knew his potential started urging him to go to a city that did not have a ceiling as low as Milwaukee.  He took a leap of faith and traveled to LA, with hopes of putting his skills, talents and hard work to good use.

The road to success in LA was anything but easy.  He was attacked in a gay bashing hate crime in West Hollywood which resulted in a broken jaw and other injuries.  As a result of the injuries and the post tramatic stress, he was unable to work for a while and not having savings he had to couch surf and live out of his car for a while until he met someone who let him stay with her until he got back on his feet.  Today he is one of the most sought after makeup artists in LA, but his story is one of incredible perseverance.  He did not give up in the face of hate, violence, and adversity but rather used those moments to propel himself to the next level.  He is a testament to what’s possible when you have talent, dedication, unwavering perseverance and a commitment to keep going.    We are so proud to be sharing his incredible story with our readers.

We love Ricardo because she is humble even though he has a life story worth of a movie.  Check out his work below: