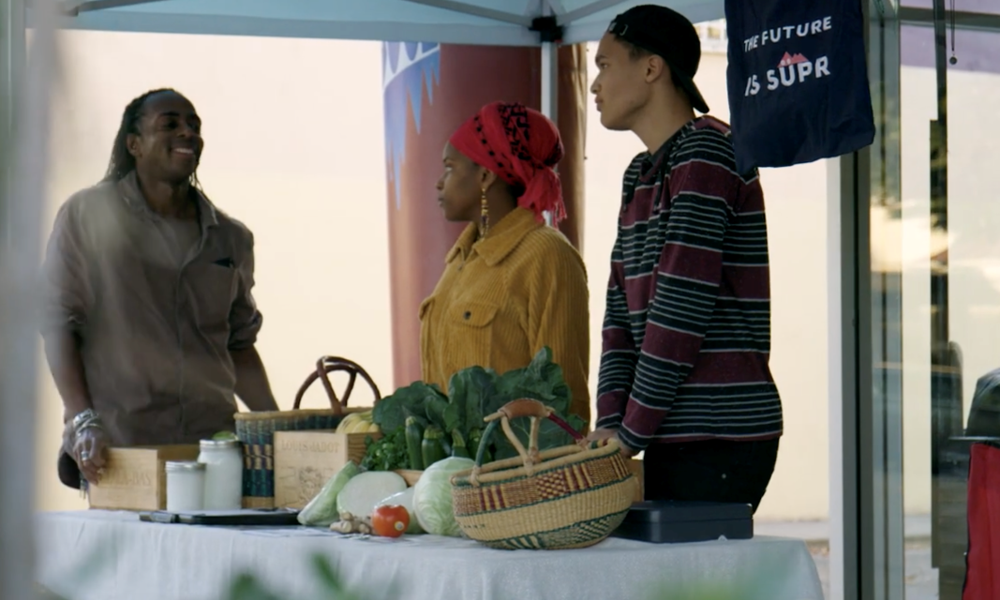 Today we’d like to introduce you to Olympia Auset.

Auset knows firsthand how difficult life can be without easy access to fresh food. A vegan since her freshman year of college, Auset was struck by the necessity of taking a bus for two hours to find a store with good produce. While attending Howard University in Washington, D.C., she worked on a community garden and became better informed about food production. When she moved back to L.A. following graduation, she decided to forgo a career in public relations to work on projects that “educate and empower people” about food.

Auset began working with a raw-food manufacturer and meeting with a small group of friends each week to watch documentaries and cook together. The first iteration of SÜPRMARKT came from those intimate events. In June 2016, a friend’s mom loaned the group of three $300 to host a larger dinner at her house and invite more people. The first public SÜPRMARKT was launched in Leimert Park that July.

“It was very scrappy,” Auset says. “We didn’t even own a table at the time. We just borrowed one and went out there and used what we had, which was maybe $60 of produce.” The initial response came in small waves, she says, but was very positive. The thing Auset hears most often from friends and customers is that they’re proud of the work she’s doing.

We’re always bombarded by how great it is to pursue your passion, etc. – but we’ve spoken with enough people to know that it’s not always easy. Overall, would you say things have been easy for you?
We started from scratch and are learning as we go. We have had lots of fortunate positive feedback and support but also are having to learn the hard way how to scale a business, build teams, and create the relationships and resources needed to have more of an impact.

So, as you know, we’re impressed with SÜPRMARKT – tell our readers more, for example, what you’re most proud of as a company and what sets you apart from others.
SÜPRMARKT makes it easy and affordable for people to eat well no matter where they live. SÜPRMARKT provides consistent access to affordable organics in weekly at cost grocery pop-ups which accept EBT. Our non-profit foundation SÜPRSEED creates engaging and culturally relevant experiences which encourage sustainable vegan living.

SÜPRMARKT has served up more than 25,000 pounds of produce since starting. We have events, workshops, and screenings that connect the brightest champions for fair food with communities that need it most. Our work has been featured by Forbes, Afropunk, Cheddar, and Popsugar.

So, what’s next? Any big plans?
We plan to continue creating programming which supports people in eating better and creating a culture of health.

We hope to be serving 1000 Angelenos per week by 2020 and hope to create a body of content which helps people across the country and world eat better no matter where they are.

We just launched a screening series held every month (thewatchla.com) and will be hosting monthly wellness classes for the community as well. 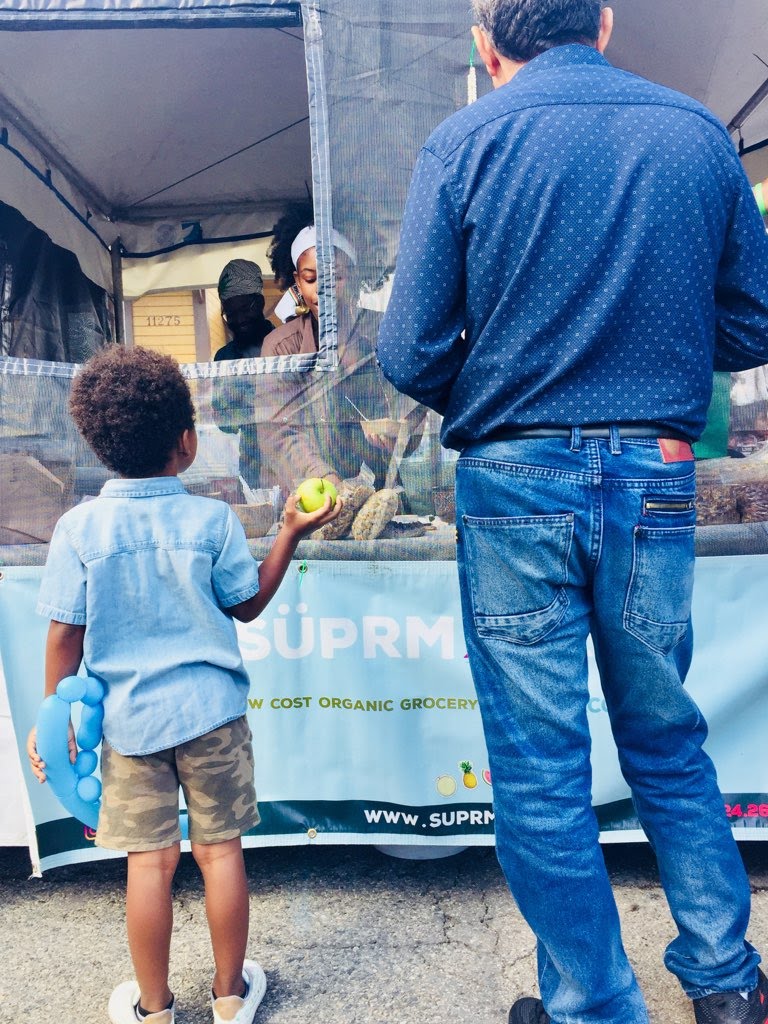 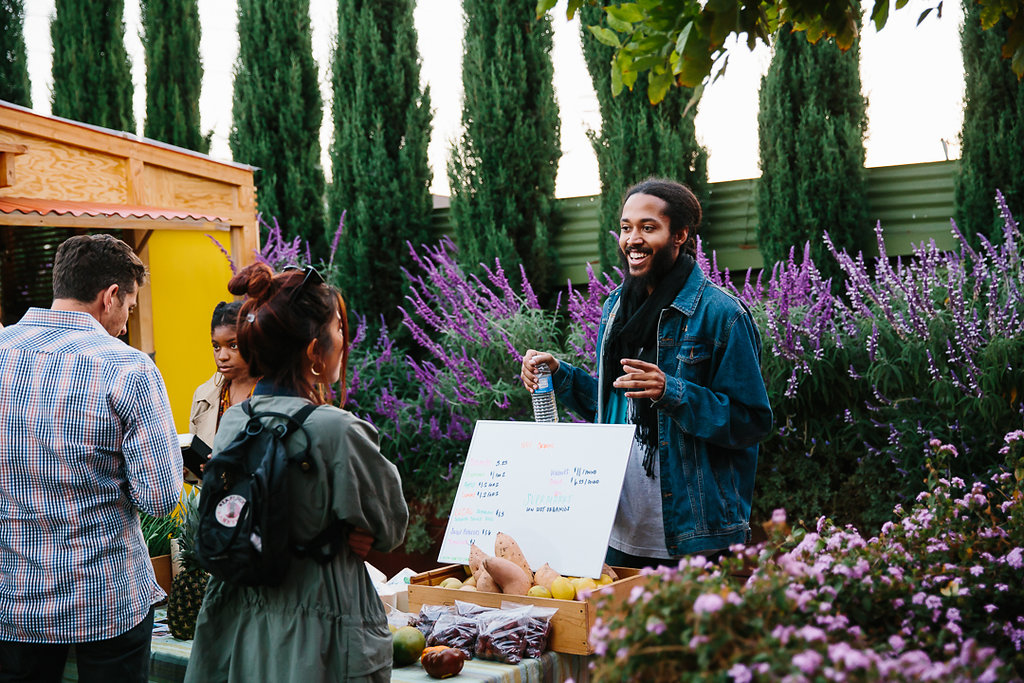 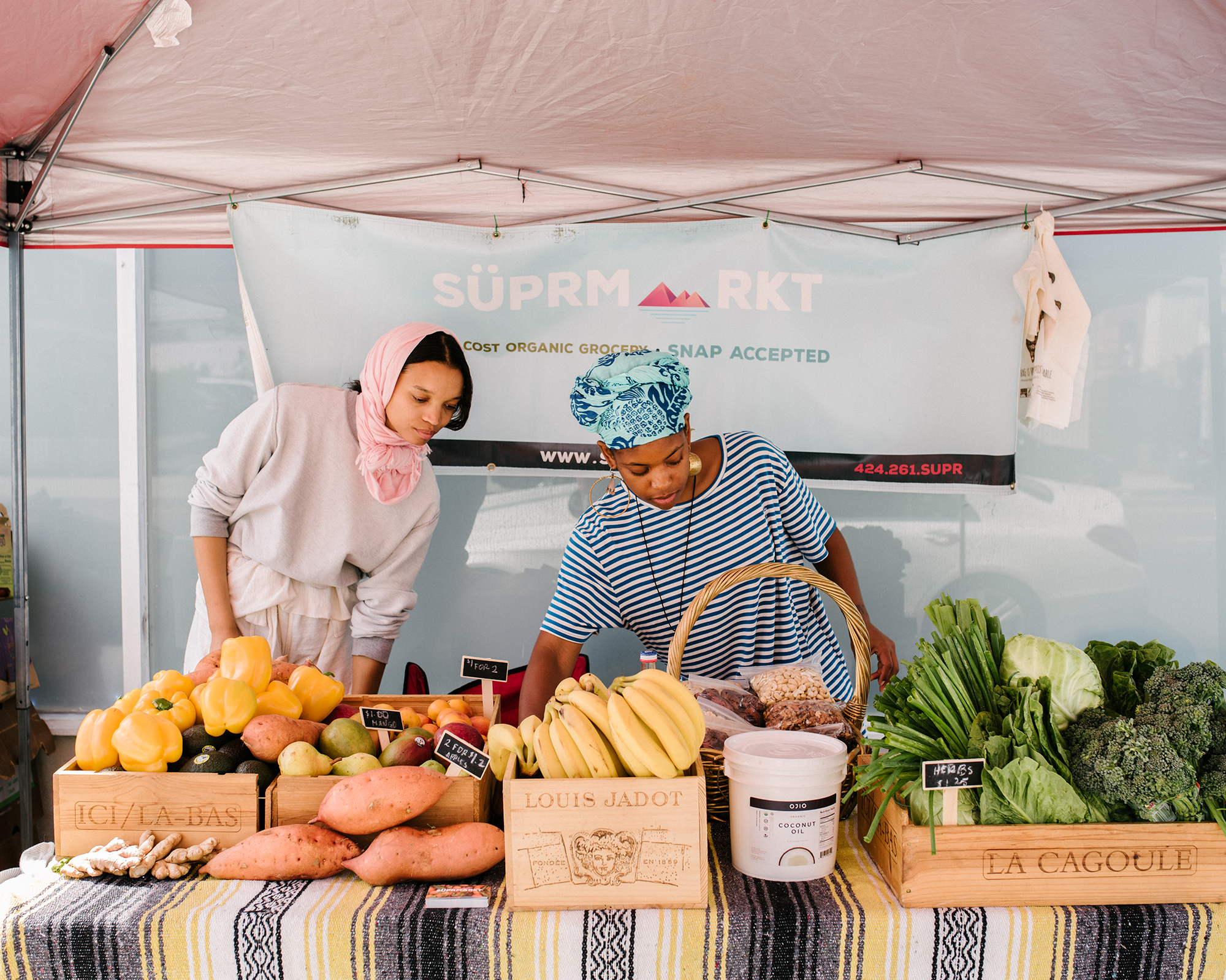 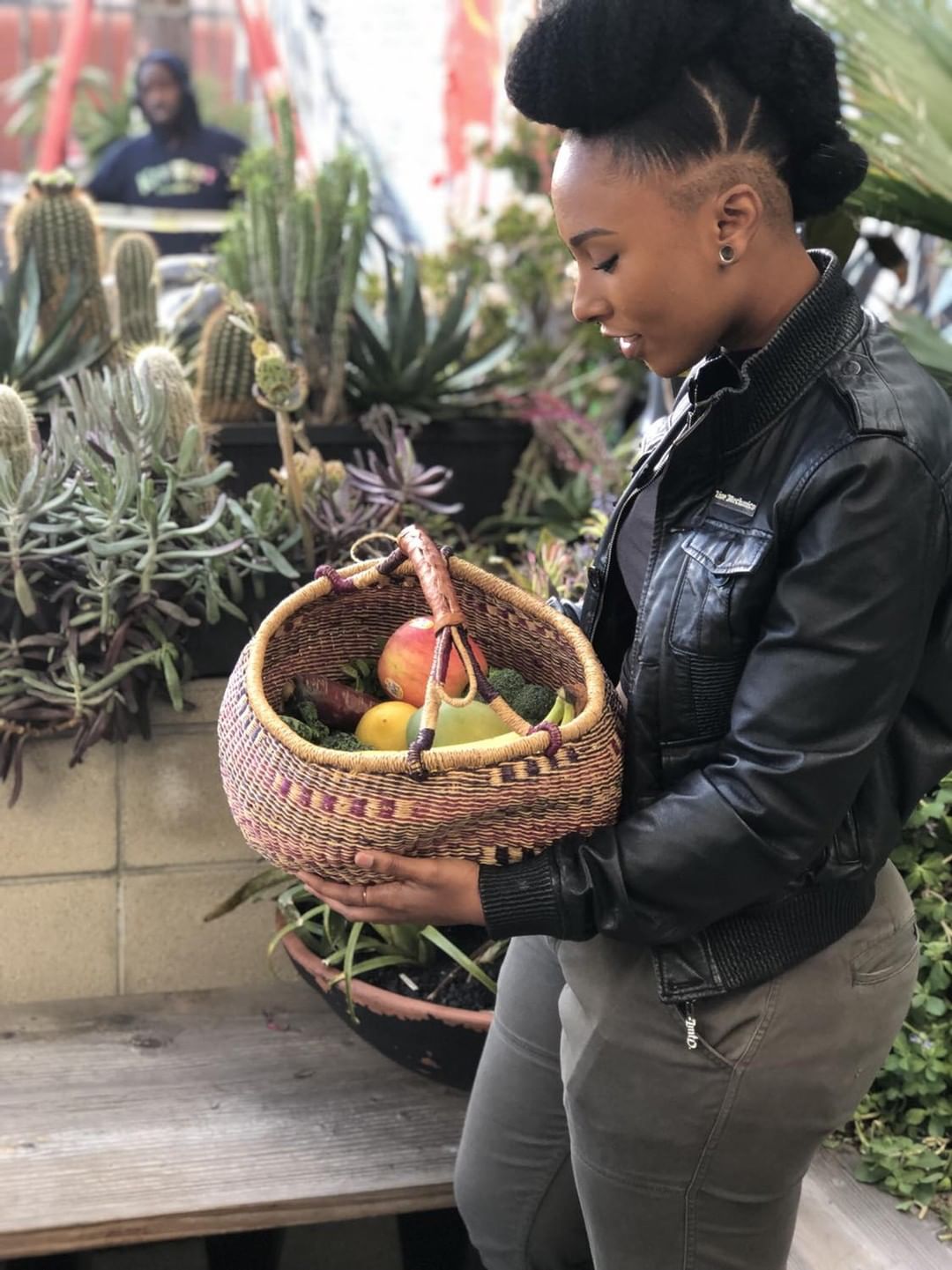 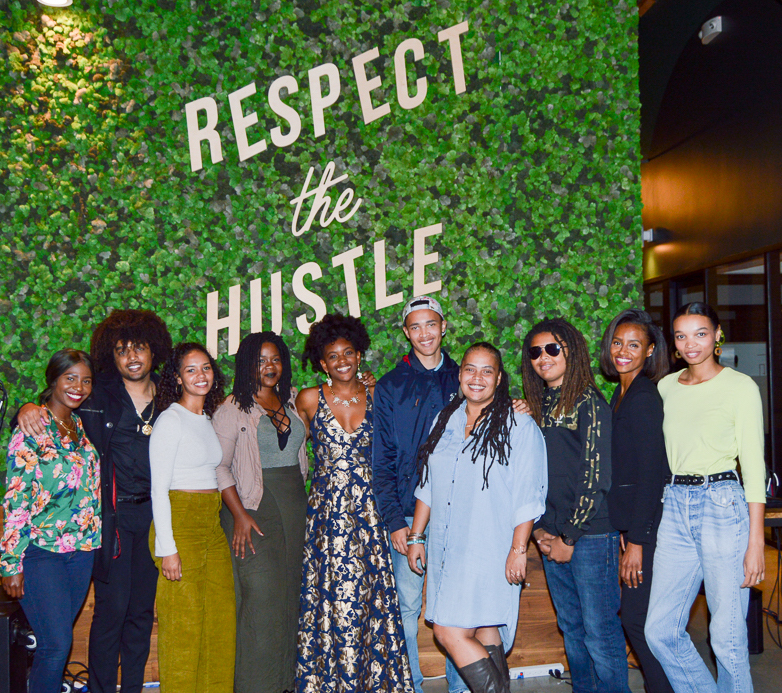 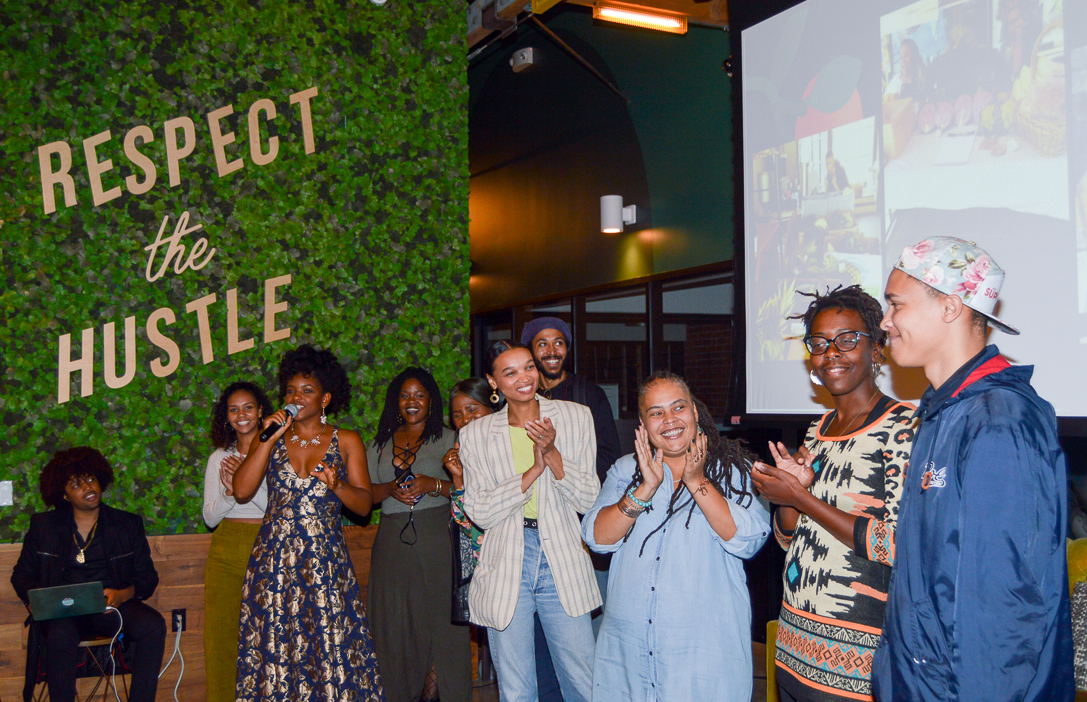