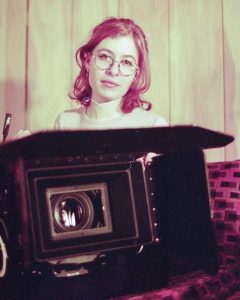 Today we’d like to introduce you to Olivia Aquilina.

Hi Olivia, so excited to have you on the platform. So before we get into questions about your work-life, maybe you can bring our readers up to speed on your story and how you got to where you are today?
I grew up in San Diego with my twin sister, Gigi, who coincidentally is also a cinematographer. As kids, we both played quite a bit with our home video camera, constantly filming new tv shows with our stuffed animals. We were making stop motion videos, creating storyboards, and pitching scripts to each other. This interest in video followed us into high school when we joined an afterschool film conservatory. I was able to learn a lot more about what filmmaking was and all the different kinds of shooting that exist. I fell in love with Narrative stories and came to the conclusion that I wanted to be an editor. After high school, I moved to Illinois to attend Columbia College Chicago. During one of my first editing classes, I quickly realized that I was really interested in the footage I was working with, and once I learned that the job of a cinematographer existed, I fully dedicated my time to learning as much as I could about it. Once I got out of school, I was very fortunate to have my name passed on to some great projects. I was able to shoot narratives that were really fulfilling and important to me, along with regularly filming commercial work for brands like Nike, Vice, and Squarespace. Overall, I feel very fortunate that my job at its core is to make things beautiful. Or ugly! I love how I get to convey emotion and stories through a moving lens, there is something about it that is always different and exciting.

Would you say it’s been a smooth road, and if not what are some of the biggest challenges you’ve faced along the way?
I’ve been really fortunate to have a lot of opportunities and good timing to help me get to where I am today. That being said, it hasn’t been a smooth road, and I’ve had to work my ass off to get to where I am today. It’s disappointing how many stories I have where I had to work twice as hard to gain someone’s respect just because I am a woman. I’ve had directors tell me to come back to set with a mini skirt on, and people come up to me telling me that I ‘should not stand so close to the camera’, assuming that I didn’t belong in the camera department. I had this one director get upset with me when I asked for a rehearsal and exclaimed in front of the whole crew that I was being a ‘needy woman’ who ‘was going to take his credit card and go on a shopping spree with it’. Luckily, I do see the industry changing. Hollywood is getting better about aiming for more diverse stories, casts, and crews, and we’re getting better at acknowledging that we need the correct representation of people in charge of telling these stories. However, we still have a long way to go past our recognition to change. I can’t wait till women aren’t looked at as ‘female cinematographers’, but rather just as ‘cinematographers’.

Thanks for sharing that. So, maybe next you can tell us a bit more about your work?
I am a cinematographer! I specialize in narratives, however, like many other DP’s, I also shoot commercials and music videos. My favorite thing to shoot is films that focus on emphasizing beautiful and impactful moments in real life. I think it is really important to make stories that will connect and ground an audience. I want to make people feel less alone. After watching my films, I want someone to be able to feel like they participated in another person’s life rather than just observed it. One film that I am especially proud of is a short from 2019 called Gossamer. I was able to work with an amazing cast and crew, alongside the fantastic director Charlie Schmidlin. The premise of the movie is about a daughter, Imani, who visits her widowed dad every weekend to help him manage the family farm.

At the beginning of the film, she notices that their livestock start disappearing, which prompts fears of wild animals or conspiracies of kids from the surrounding suburbs breaking in. Once an interested buyer enters the farm to talk to her father, Imani confronts the reality of her and her family’s future. I really enjoyed working on this film because I felt that I was able to have a good mix of realistic and experimental shooting styles. Charlie was always open to hear my suggestions of having the actors go in and out of frame and was amazing at providing an accurate and realistic setting to shoot. Also, I love animals, so it was a huge plus to be able to shoot on a farm!

Can you share something surprising about yourself?
Funny enough, I just learned this year that I have Aphantasia, which is a condition that acknowledges that I am unable to visualize mental images. I find this ironic because my whole job revolves around the concept of making visual images. When I close my eyes, I can’t imagine anything but blackness, however, when I am shortlisting or planning a camera movement, I am able to work around this mental block by drawing it out and getting it down physically. 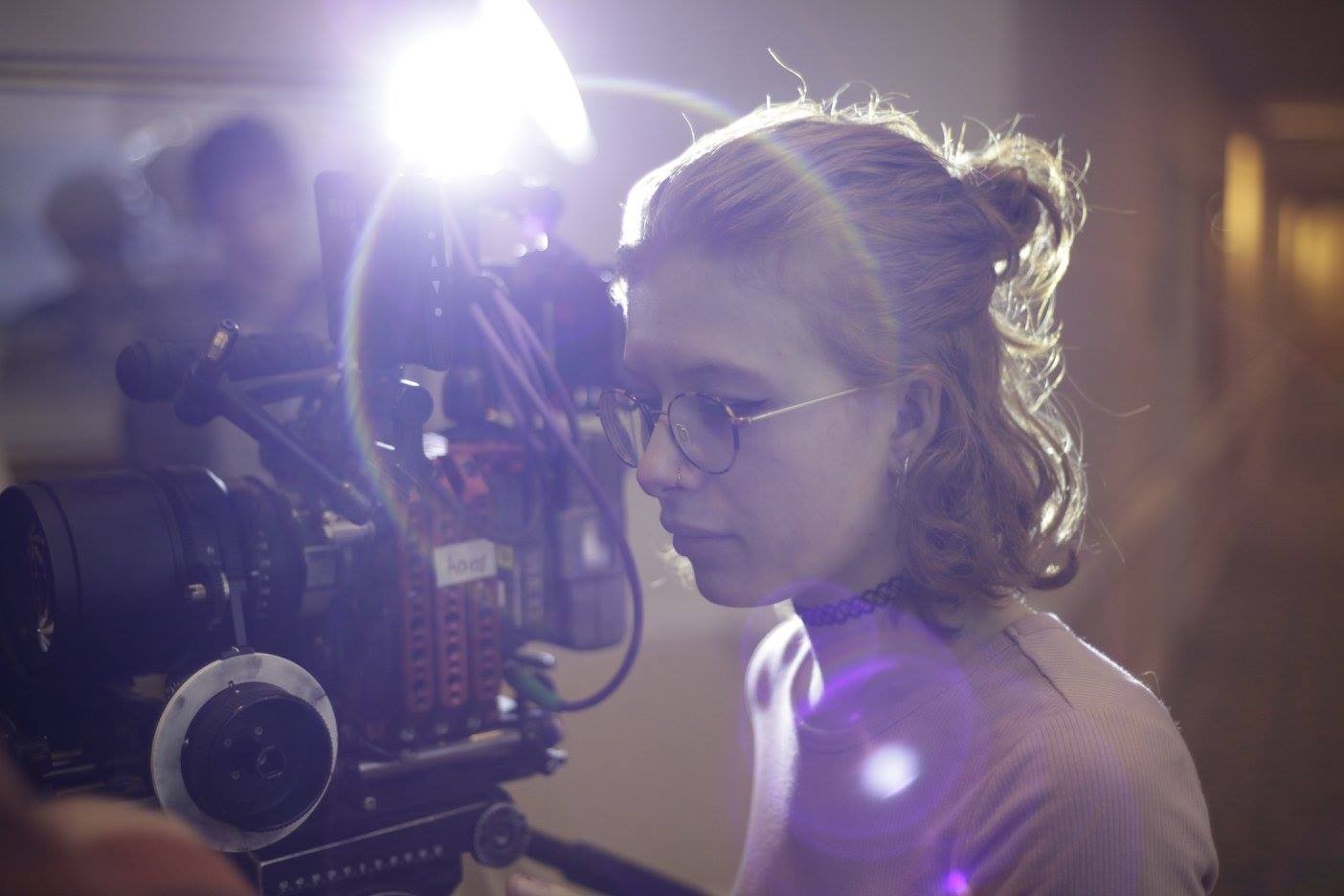 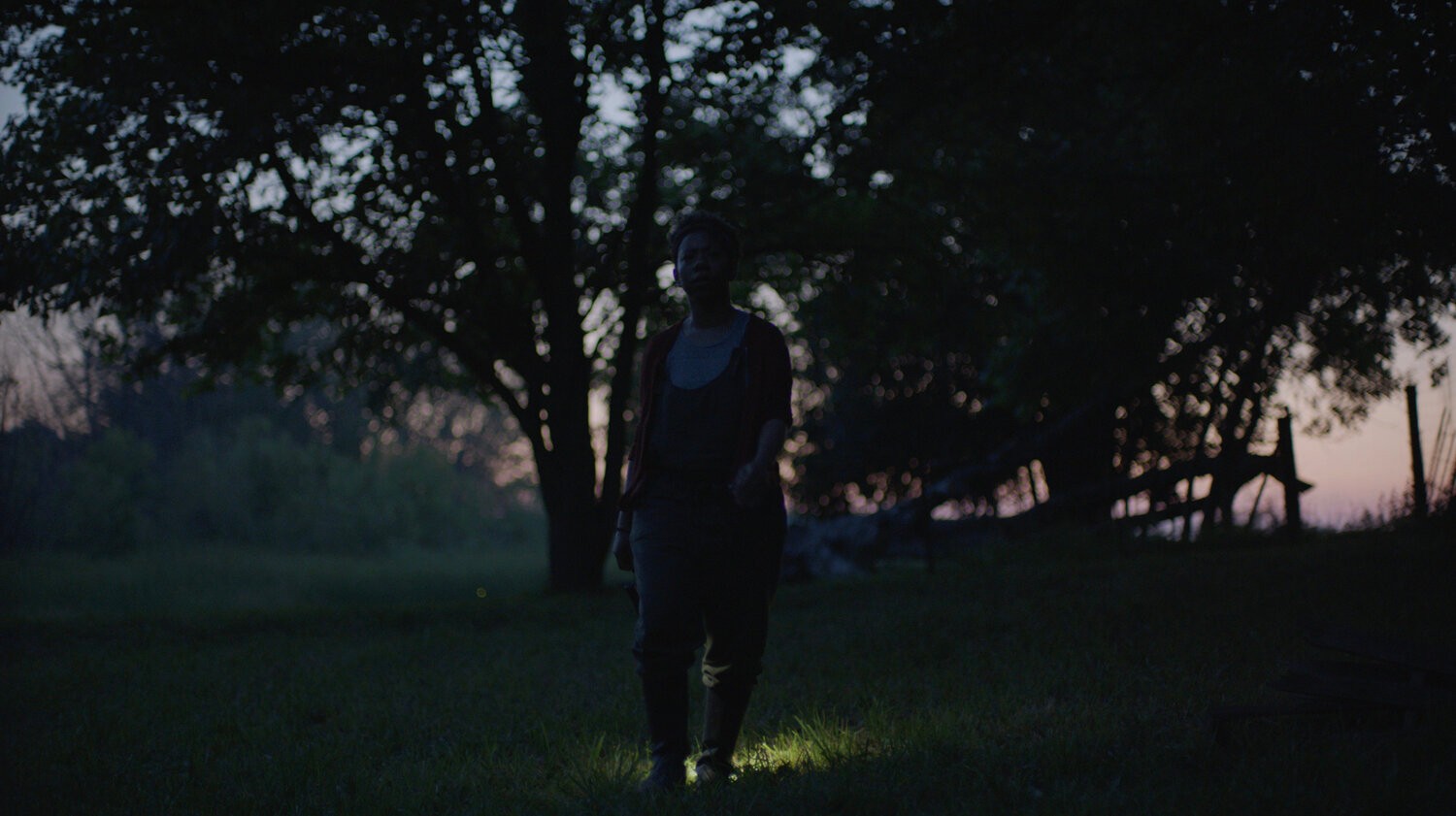 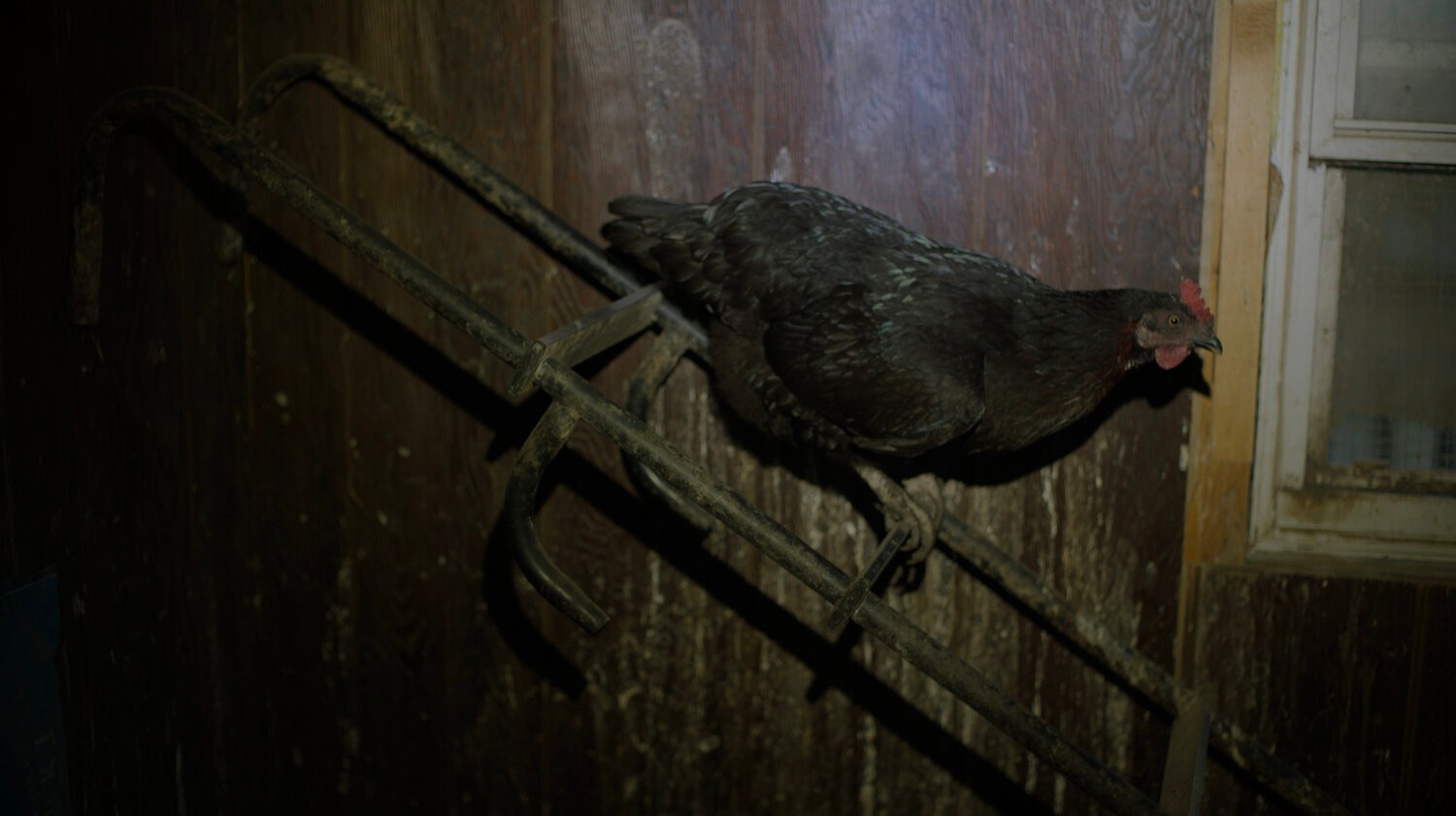 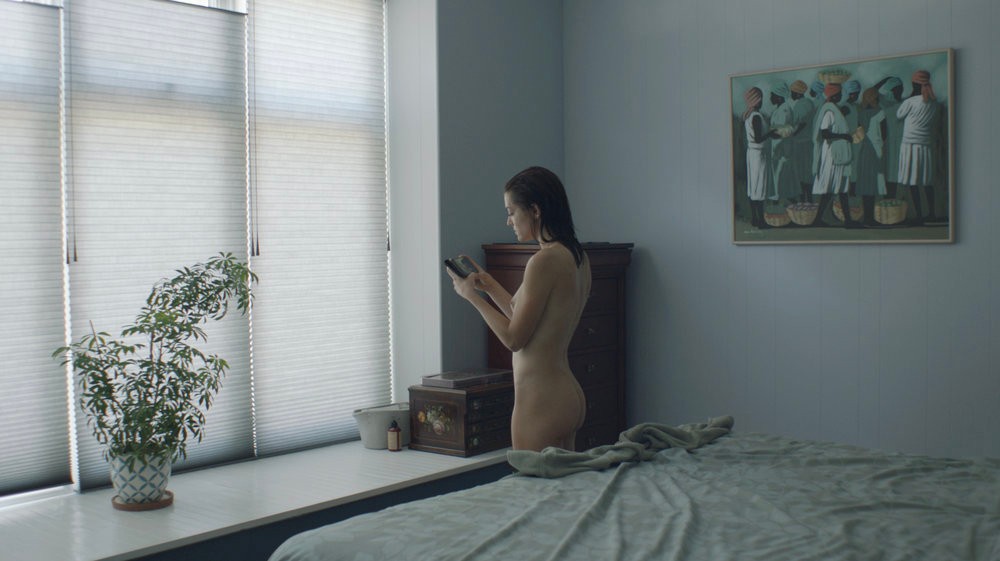 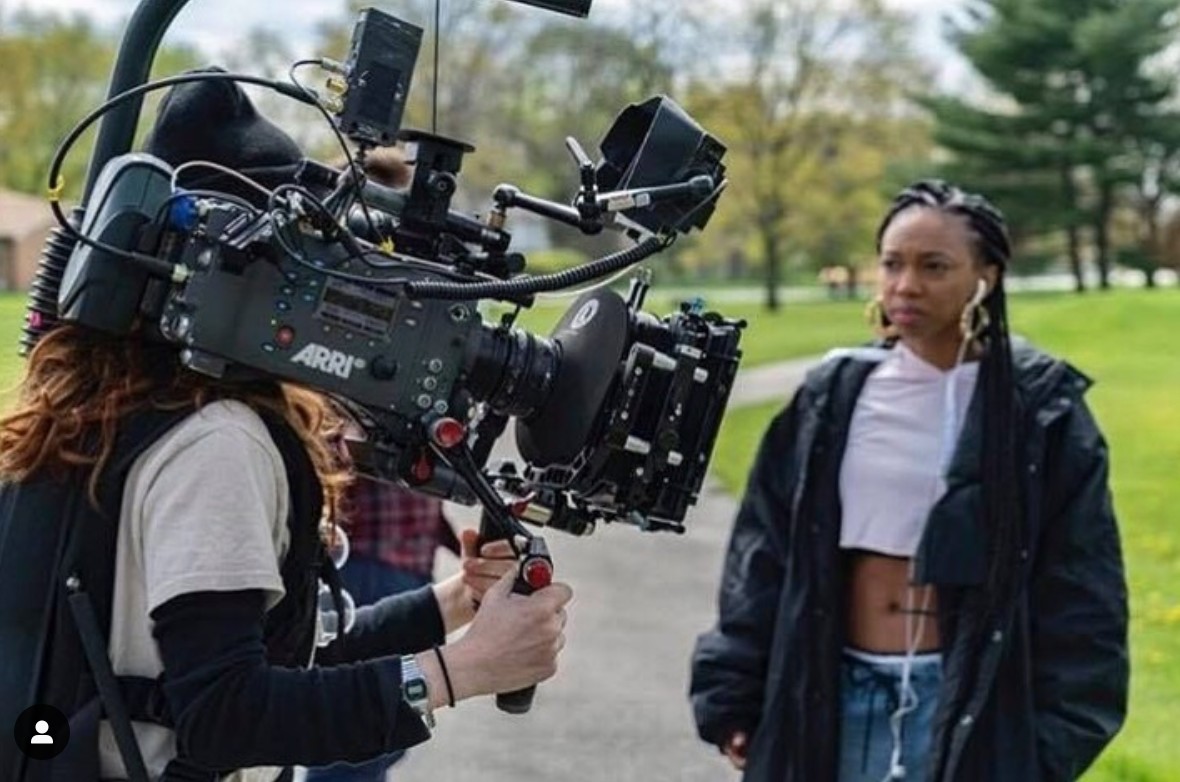 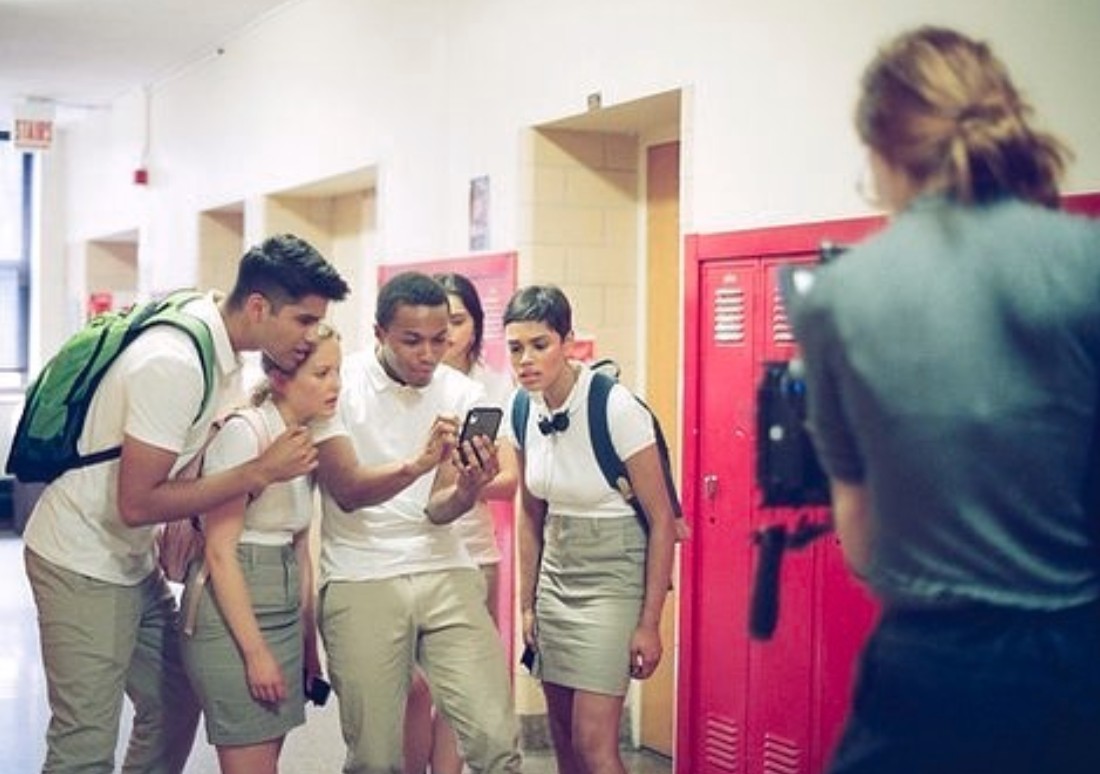 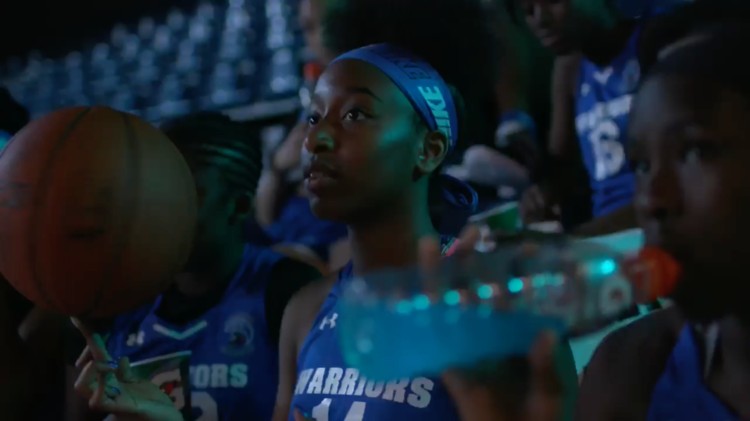