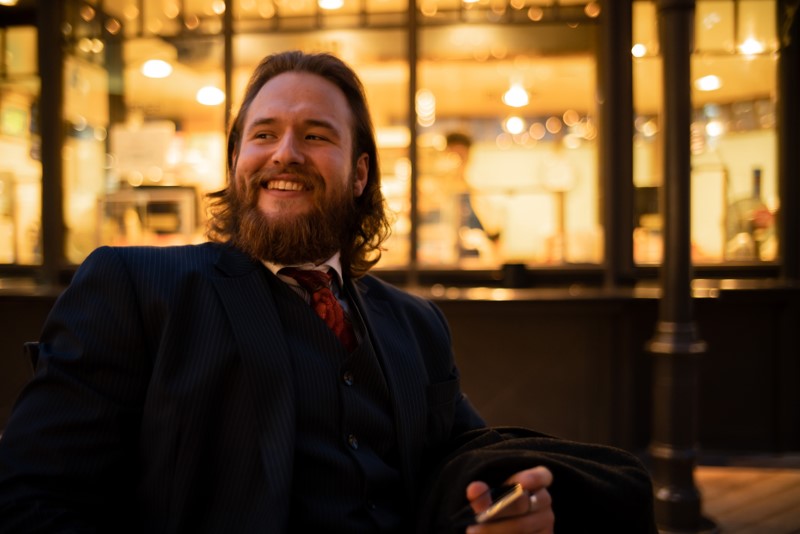 Today we’d like to introduce you to Oliver Fredin.

Thanks for sharing your story with us Oliver. So, let’s start at the beginning and we can move on from there.
I was born in 1995 in Helsingborg, Sweden. As a kid, my imagination was borderless and I had several dreams I wanted to follow. I loved playing soccer, cooking, acting, singing, so as you can see I had several options if I ever wanted to pursue something.

From the age of 10 to 16, I went to a musical school where I did a lot of acting as well. It was theatre acting and definitely my favorite class to attend. At the time, I was playing a lot of soccer as well and decided to continue with that instead of acting. Unfortunately, I parted ways with soccer when I was in high school. Puberty hit me and friends, parties and girls became my reality. During high school, I started lifting weights and I still do to this very day. I can’t really be without it and I’ll tell you why a little bit later. Eventually, I finished high school and found myself a day job. I never really had a problem finding work, I literally went from one job to another or I’d quit a job and a couple of weeks later I had a new one. I ended up working at a job for about two years before I decided to pursue one of my dreams, acting.

Following is one of the reasons I ended up moving to Los Angeles to become an actor.

Ever since high school people began to ask me, “Why don’t you become an actor?” First I thought it was funny whenever I got asked and just laughed about it. Time went by and more and more people asked me the very same question, but now it wasn’t only family or friends but random people who approached me. I can’t count how many times customers at work approached me saying they’ve seen me somewhere, referring to something within the film industry or asking me that exact same question, “Why don’t you become an actor?” I know that I have a strong presence, a characteristic look and that the camera likes me. So why didn’t I listen to what everyone was saying? Why didn’t I decide to pursue my dream? Well, my problem was that I was afraid of failure, I wouldn’t accept failure and how could I ever pursue something like this without accepting failure? That’s why I didn’t pull the trigger.

Eventually, I started to think and told myself, either I survive, or I live. I know it sounds a bit over the top and some might even laugh about it, but that’s how I saw it. Either I continue with my day job and do as everybody else, or I do what I want and what a lot of people would like me to follow up on and succeed at. There was another very personal reason why I got myself together and decided to pursue my acting dream, but that’s something I won’t share, not today at least.

Eventually, I left everything behind and moved to Los Angeles to become an actor. I started with attending an acting school for almost a year. During school, it became more and more obvious that I was walking the right path, the constant confirmation both during and after school has been overwhelming. It’s actually very hard for me to grasp that and I think it will take a good amount of time before I do. But what makes acting so beautiful? For me, it is just as beautiful as weight lifting. Some of you reading this might laugh, but let me explain. It’s easy to assume that you become someone else while acting, that you become a character and it’s all made up. But the beauty of acting is that all the personal emotions you’re hiding, not willing to share or even are afraid of, suddenly you have the freedom to express all of those emotions in front of countless of people without anyone knowing that the emotions you’re expressing is something that you’ve had inside you for days, weeks, months, years, from the day you can remember till the very day you die. That’s why it’s just as beautiful as weight lifting because at the gym I let all of my emotions out and I’m free.

With time I’ve made my weakness a strength, instead of being afraid of failure, I embrace it and can’t wait until I face it again. But, my biggest obstacle is the waiting game. The film industry is so big and competitive that rejection is very common and my time here is limited because of the VISA situation of a foreign student. But I’ve made several connections and I have plans. Lately I’ve been working on bigger projects and hopefully, it continues that way. I know anything could happen and I will do everything I can to stay and continue here in Los Angeles.

We’re always bombarded by how great it is to pursue your passion, etc – but we’ve spoken with enough people to know that it’s not always easy. Overall, would you say things have been easy for you?
My biggest challenge was definitely that I couldn’t accept failure. It became a mental game and a lot of times it led to self-doubt. With self-doubt, nerves started to play a huge role, for example, at auditions. You only have one shot when you’re in front of that camera and imagine yourself not accepting failure, that you won’t do it perfectly and rejection being such a big part of this industry, I started to doubt myself, big time. Eventually, I turned it around and now the nerves and the self-doubt is fading away.

As I said, my biggest obstacle is definitely the waiting game parallel with the VISA situation. Even though it’ll be hard to fix that and continue, I have plans and I’m not worried.

We’d love to hear more about your work and what you are currently focused on. What else should we know?
I’m a freelance actor. As said, lately, I’ve been working on bigger projects. I’m getting more and more auditions as well, I’ve made great connections and hopefully, I’ll get to work on even bigger projects in the upcoming future.

What were you like growing up?
I remember myself growing up as the most stubborn kid to ever walk this planet. I guess my excuse is that I’m a Taurus. I was born in May. It wasn’t just that I was very stubborn, but justice was very important to me. Everything needed to be divided equally and if I didn’t get it the way I thought was right, I got pretty upset. But, I would always speak the truth. Lies were nonexistent and even if the truth hurt, I saw it as the only way.

I look back and see that till this very day, I still have the same personality but on a more humane level. 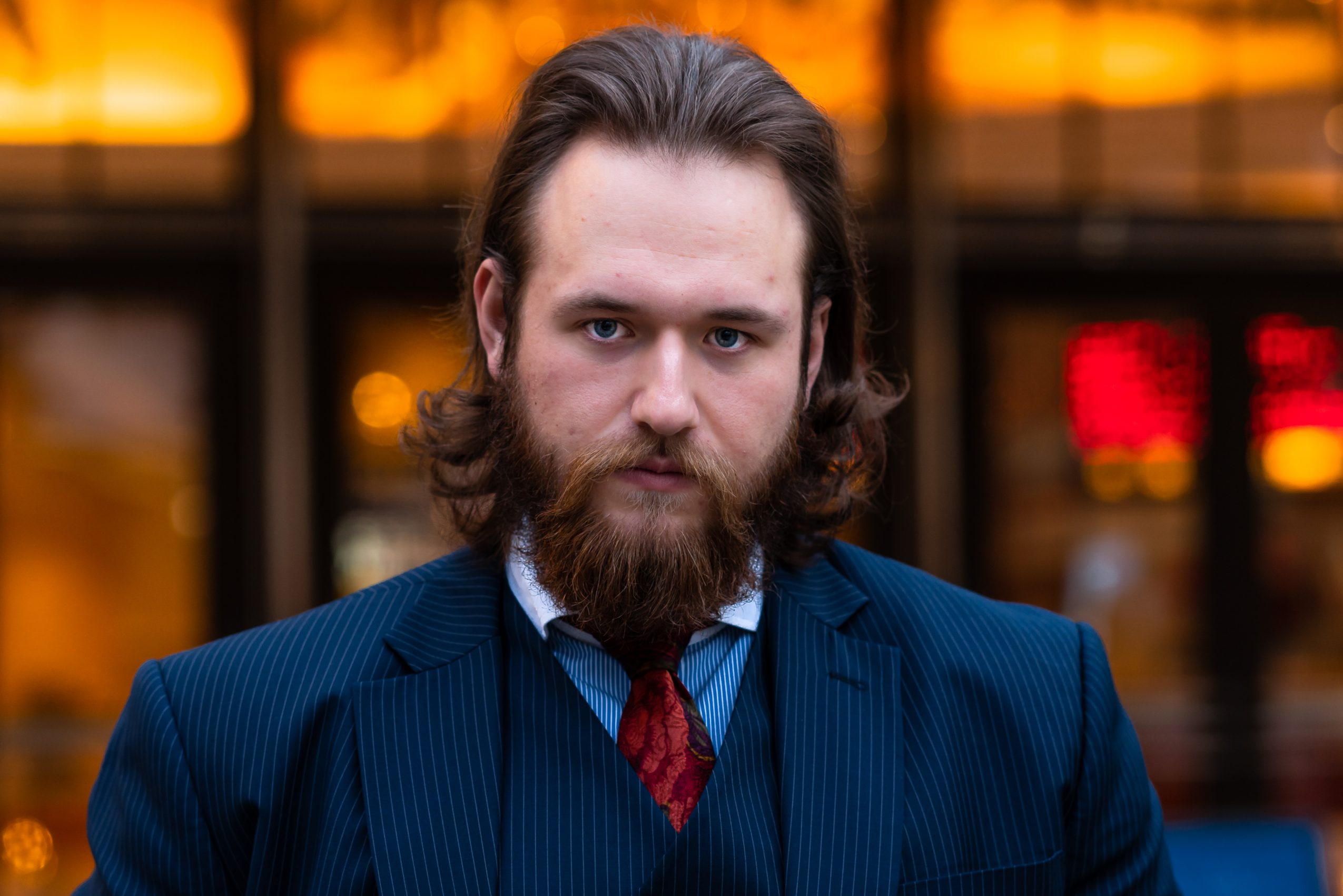 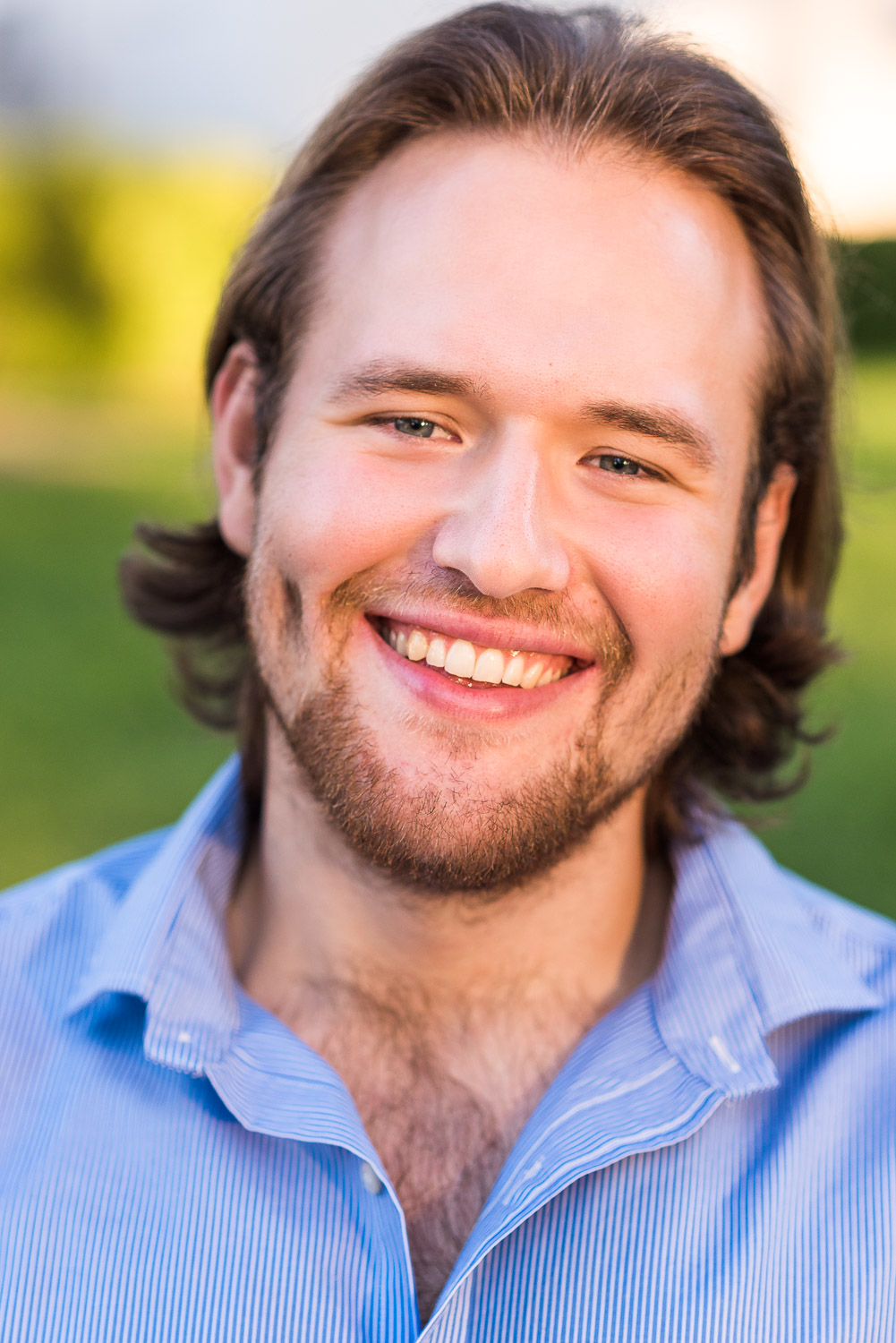 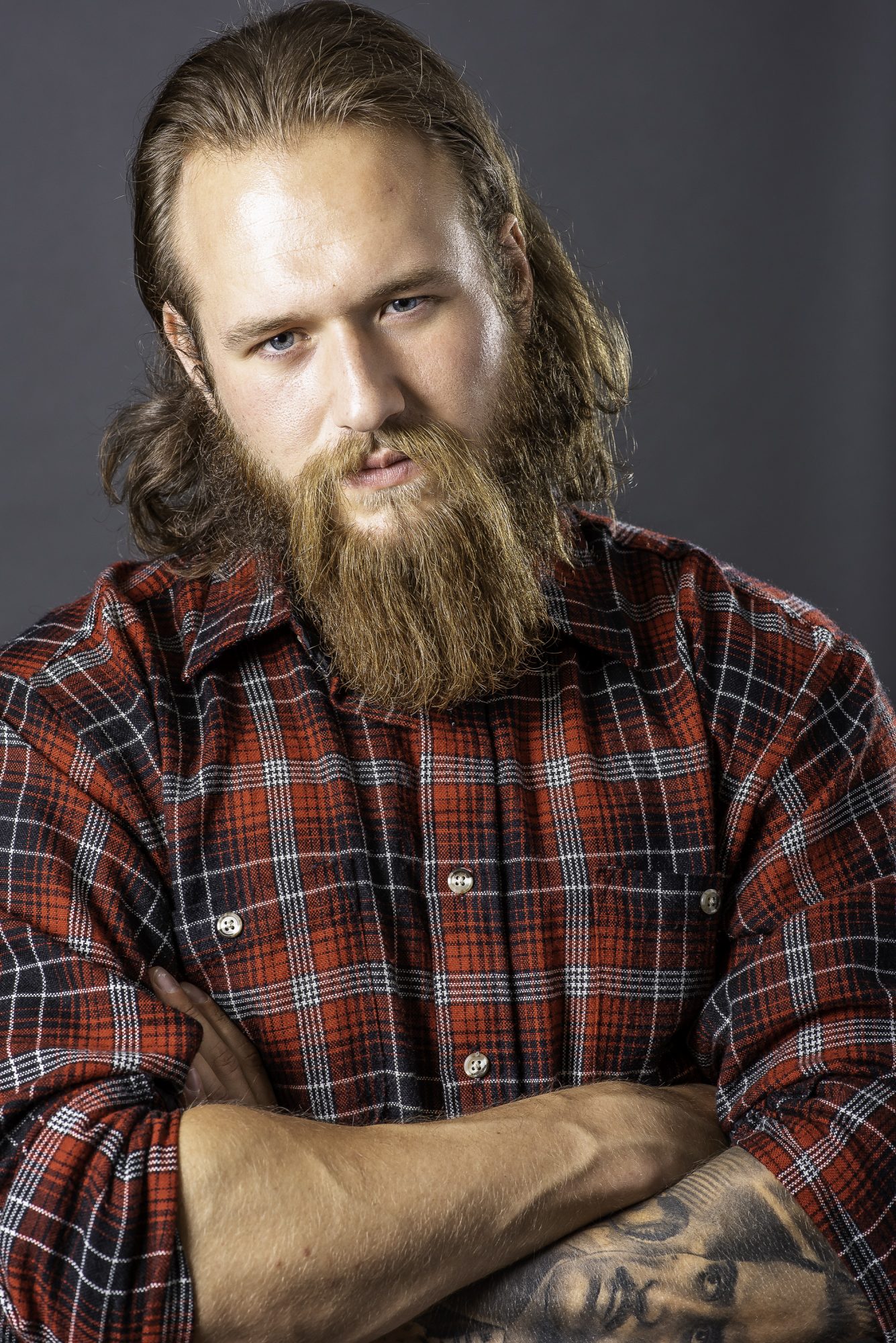 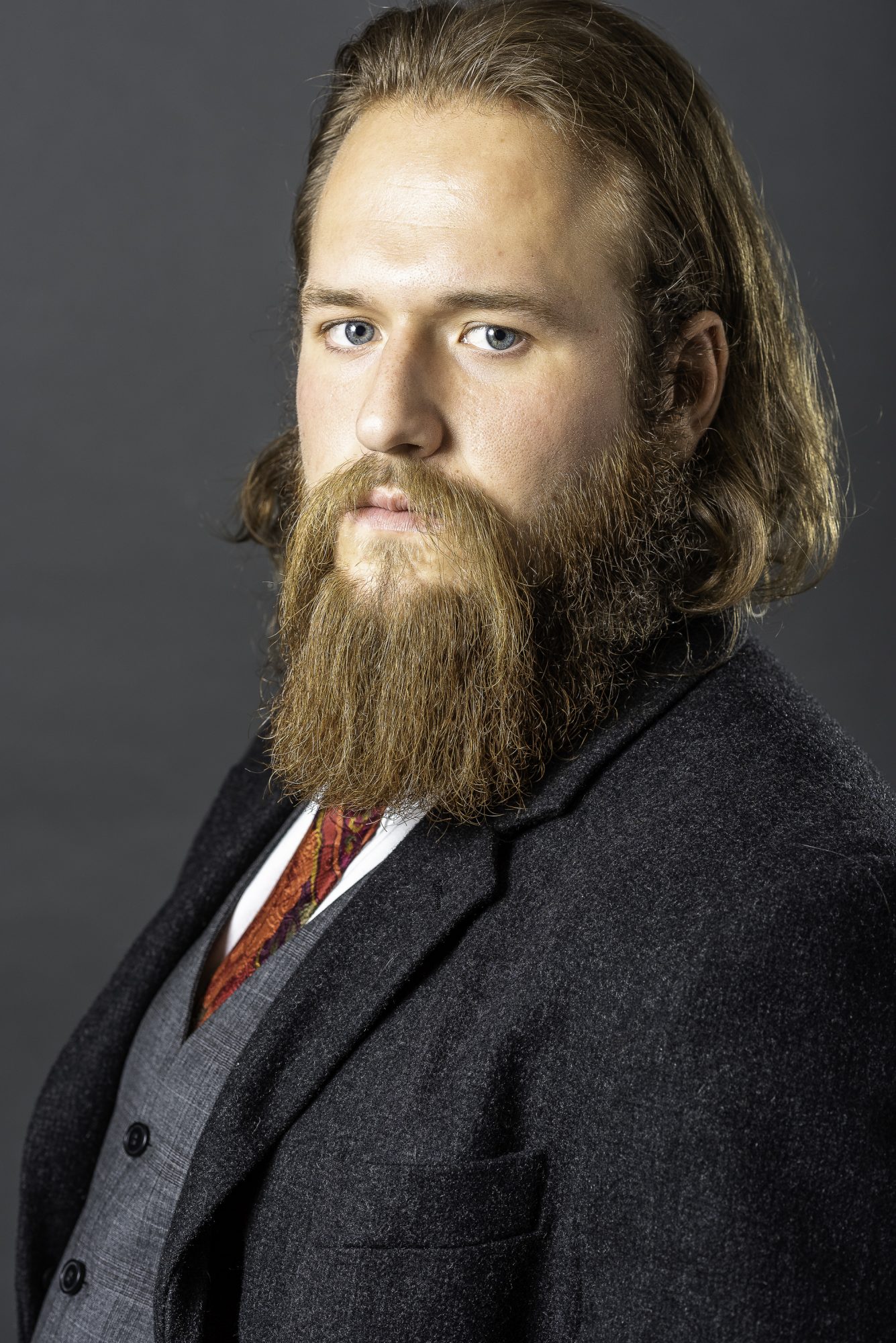 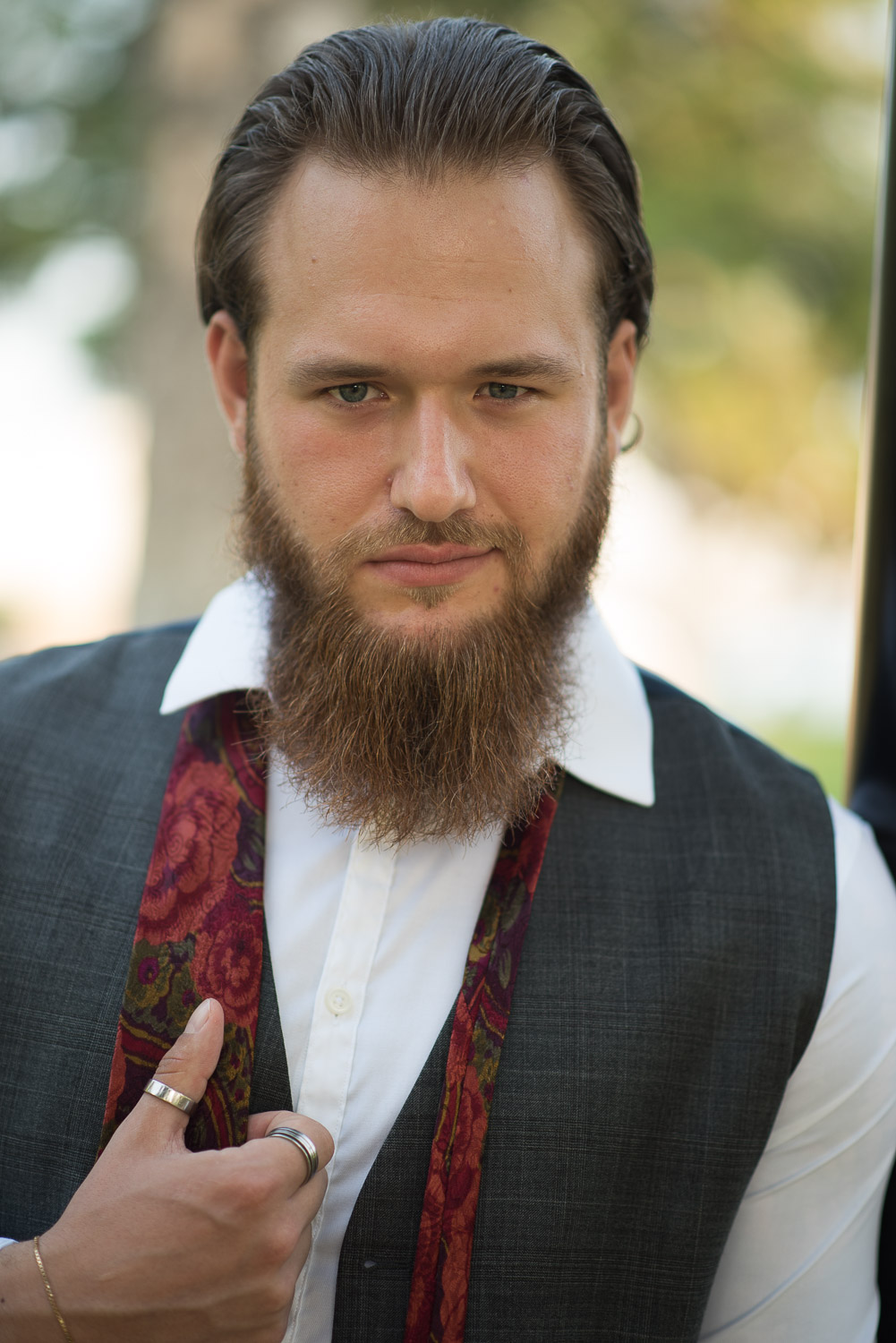