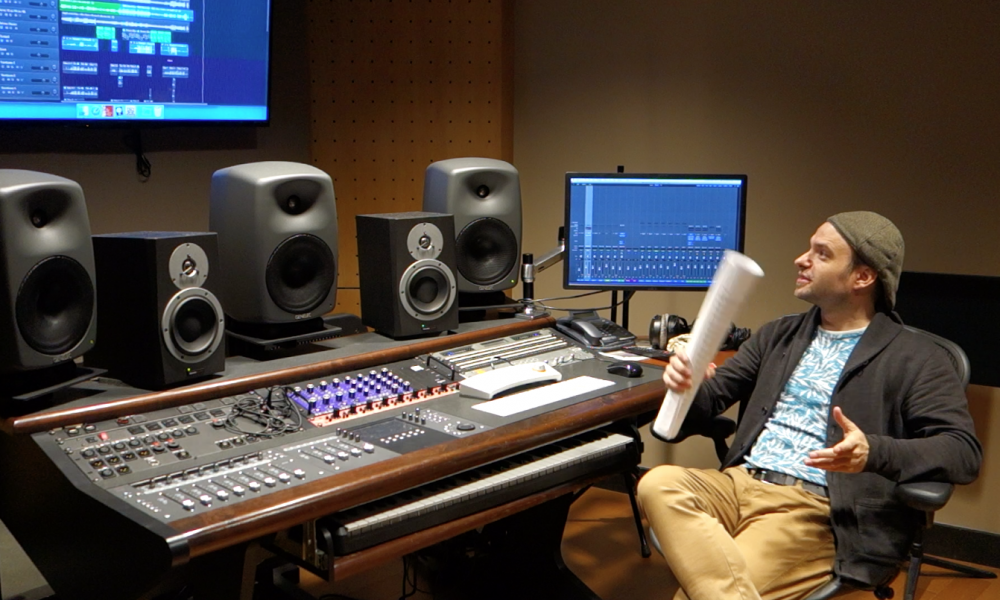 Today we’d like to introduce you to Oleg Smirnov.

So, before we jump into specific questions, why don’t you give us some details about you and your story.
I am a professional music producer, composer, and multi-instrumentalist. I am Berklee College of Music grad and a voting member of the Recording Academy (Grammy Awards) and the Society of Composer and Lyricists. My background in music is quite diverse – years of intense experience in the industry will turn you into a swiss army knife kind of guy, will make you wear hats of a music director, composer, arranger, orchestrator, conductor, performer, studio producer, music editor, mixing engineer, you name it! So I basically curate all the stages of the music creation process, from a scratch idea to a fully produced song, film score, or a live performance. When working with clients, my job is to understand their needs and deliver a project-tailored original music solution at the top artistic and technical level. I am also blessed to have a tight collaborative network of decent music professionals around me to work with on the projects. So from an orchestral piece and dramatic film score to an edgy singer-songwriter production and a catchy advertisement cue – you just do your thing and bring the most compelling result.

We’re always bombarded by how great it is to pursue your passion, etc – but we’ve spoken with enough people to know that it’s not always easy. Overall, would you say things have been easy for you?
For centuries, the career of a musician has never been a straight and easy path, especially outside of academia. For instance, J.S. Bach, one of the cornerstones of the music as we know it today made his living as a virtually unknown church organist while moving from one city to another in the pursuit of an opportunity. Today it is still relevant for a vast amount of musicians. Something I would advise those who are just starting out – be wise, be flexible, don’t get overwhelmed when things do not go your way. Schools prepare you for the bright future and define success in terms of competitive industry achievements, but it can be quite misleading and not really healthy. Today the market pressure is very high, the music has for the greatest part become a commodity, it is available for free, it has widely lost its value. With time you learn that in the film industry, for example, quite often a pure chance and luck are the main factors when it comes to landing gigs. Some of the biggest names in this industry today are a good illustration of this. Not only you have to be the wizard of your craft, but you’d also better be a smart networker and a reliable collaborator to work your way to the point when you can have a sustainable career. All this you have to deal with up until the point when you build up a portfolio of notable projects so your reputation speaks for you and people want to work with you specifically. Catch 22, as they call it, is a miserable loop that many young musicians have to cope with, and it is quite hard to break out of, while people take advantage of young talent pressing you to work for free. So be kind to yourself, stay sane, always remember that you have self-value and self-worthiness, and there is more to life than what you might think. Explore!

Can you give our readers some background on your music?
Well, the best way to get an idea of the scope of the music I have produced is to listen to some of my works on my website (see below). It is really wide genre-wise. My music was used in the film, theatre, TV shows, while a few original instrumental albums I produced were released on the major label and saw over 1,000,000 CDs in circulation. I started my career in Europe and particularly on the Russian art scene, and soon I was awarded a scholarship to attend Berklee College of Music in Boston, in which I continued to specialize in Contemporary Writing and Production, as well as Music for Film and the New Media. I graduated with honors and also taught at Berklee for a year at the music tutoring department, working with students in the areas of the Berklee’s core music curriculum, disciplines like Music Theory, Music Harmony and Counterpoint, Arranging, Ear Training, Conducting, etc. In 2017 I made the decision to relocate from Boston to Los Angeles and continued working and collaborating with some notable American and international artists and filmmakers in music composition, production, film scoring, as well as studio performance and recording. And here I am now, working as a full-time musician in LA and… from LA. I actively update my website with new music, so stay tuned!

What were you like growing up?
My music background goes back to my early years. I was born into the family of an airspace scientist and an orchestral violinist near Moscow, Russia. I was first taken to a music school by my parents at the age of 7. Actually, it was a pretty standard thing – many Russian kids at that time would enjoy a comprehensive 7-year-long free-of-charge afterschool music program – a public music school that provided rigorous music training in the brilliant Russian classical music tradition. We studied a principal instrument, music theory and history, ear training, and choir. It was amazing. I was a bit of a stubborn kid and was in and out with music throughout my childhood. Even though my aunt was the first violin in the renowned classical orchestra, my family never really expected me to become a professional musician.