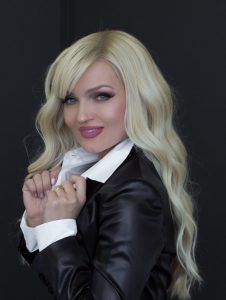 Today we’d like to introduce you to Oksana Kolesnikova.

Oksana, please share your story with us. How did you get to where you are today?
As an inspiration-driven individual who has dynamically transitioned from young award-winning pianist to CEO of three businesses, I often refer to myself as the “walking embodiment of the American dream.” Over the course of my tenure, I have been a composer, educator, innovative music and language curriculum developer and, as of late, a personal mentor to the franchise owners in the Oksana® Franchising International, Inc. network.

I emigrated with my family from Russia following the fall of the Soviet Union, a move that resulted in us living in the state of Florida in the U.S. I won the Florida State Young Artists Symposium Competition, which leads to a scholarship to the School of Music at Florida State University, and it wasn’t long before my emerging musical prowess was realized in the form of performances across the Sunshine State and on television, ultimately sculpting a formidable fan base. I went on to become the first Russian-American female pianist to travel overseas to entertain U.S. military personnel, encompassing two world tours on behalf of the Morale, Welfare and Recreation Department of the U.S. Navy and a solo tour to entertain U.S. troops in Italy, Spain and Greece – before traveling with the Navy to Asia, with stops in Guam, Korea, Japan, Okinawa and Singapore.

From 2006 to 2013, I performed daily for countless celebrities and business leaders as a pianist at the legendary Polo Lounge in the world-famous Beverly Hills Hotel. During this tenure, I began teaching piano to a growing roster of students, eventually developing my innovative model to deliver one-on-one lessons to hundreds of students in a range of subjects, in addition to an after-school arts and scholarship enrichment program, currently implemented in 12 schools. For the purpose of expanding opportunities for students and entrepreneurs across the U.S. and beyond, I eventually launched franchising opportunities through a newer venture I am particularly proud of, Oksana® Franchising International, Inc.

Great, so let’s dig a little deeper into the story – has it been an easy path overall and if not, what were the challenges you’ve had to overcome?
It was not necessarily easy to get where I am now… LA is an unforgiving city, albeit so resourceful and beautiful. When we first moved here, we didn’t know anyone and trying to ‘make it’ was a constant challenge given the fact that countless extremely talented people want the very same thing: fame and success…

While I am appreciative of the celebrity status I now enjoy, there are a number of elements that aren’t as glamorous as people imagine; but I have obviously accepted that they come with this territory. One is the lack of privacy, which was a big deal for me to get used to because I was (and continue to be) a very private person by nature. Secondly, verbal communication has definitely been a challenge, given the fact that my command of the English language is not comparable to native speakers (and my slight accent surely doesn’t help); indeed, when in public, you need to have control over your verbiage when delivering an important message, and because I had not spoken any English until I was 16, it is still, in some ways, a new language to me. It is my sincere hope that my audience continues to exude a forgiving and understanding perspective in this regard.

Please tell us about Oksana Management Group.
There are indeed several accomplishments I am most proud of, but the most recent example would have to be the launch of my own non-profit 501 (c)(3) foundation – it was a dream realized for me after many years of working relentlessly to create a charitable foundation to help underprivileged youth. It may sound like an overt cliché at this point, but I really do believe children are the future – we must teach them morals, civic duty, responsibility and everything else that glues society together, perhaps now more than ever given the current unstable state of the world, and I am convinced this begins at the education level.

The Oksana® Management Group’s After-School Enrichment Programs, along with all the other premium services we offer, are just a peek into that window of change we hope to bring in order to make a difference.

Do you look back particularly fondly on any memories from childhood?
My most vivid memory is when I was a little girl in Siberia, during their typical cold winters… I later captured the essence of these memories in an original composition I titled ‘Winter Swan’. 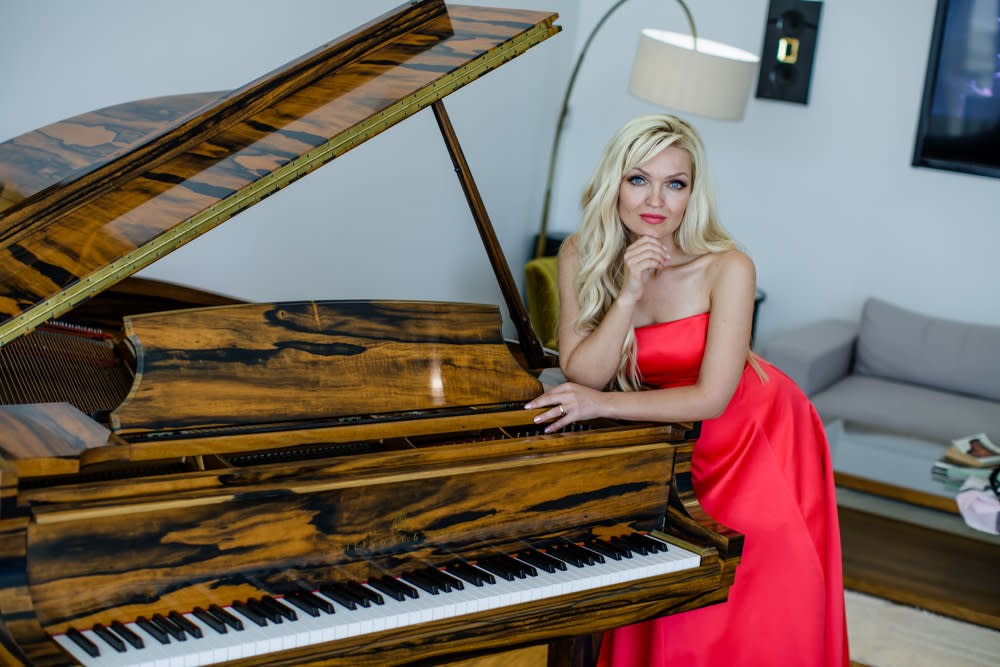 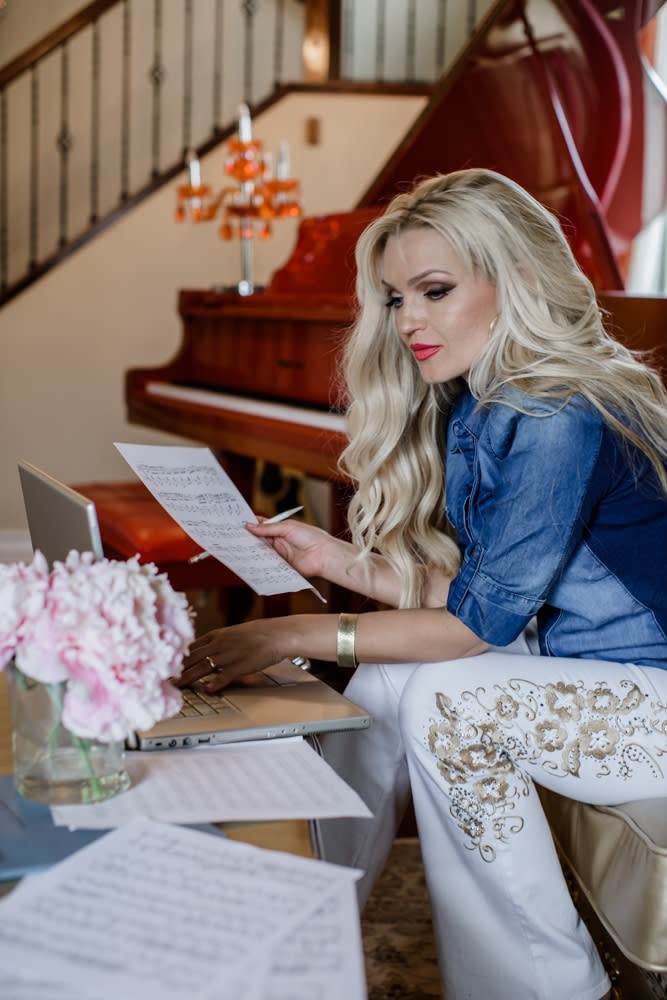 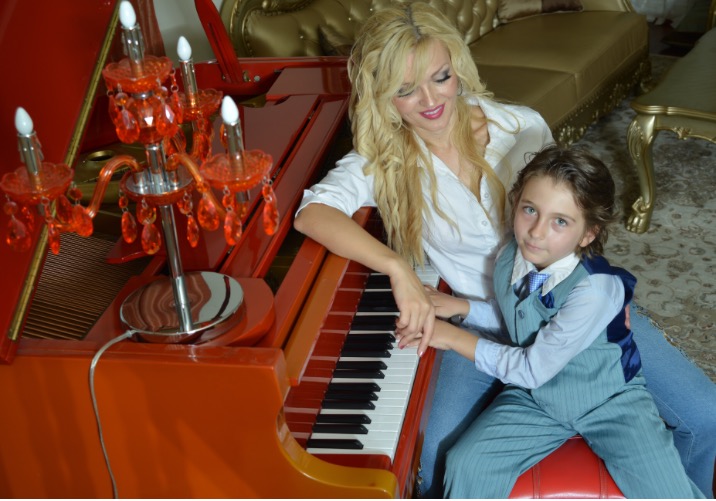 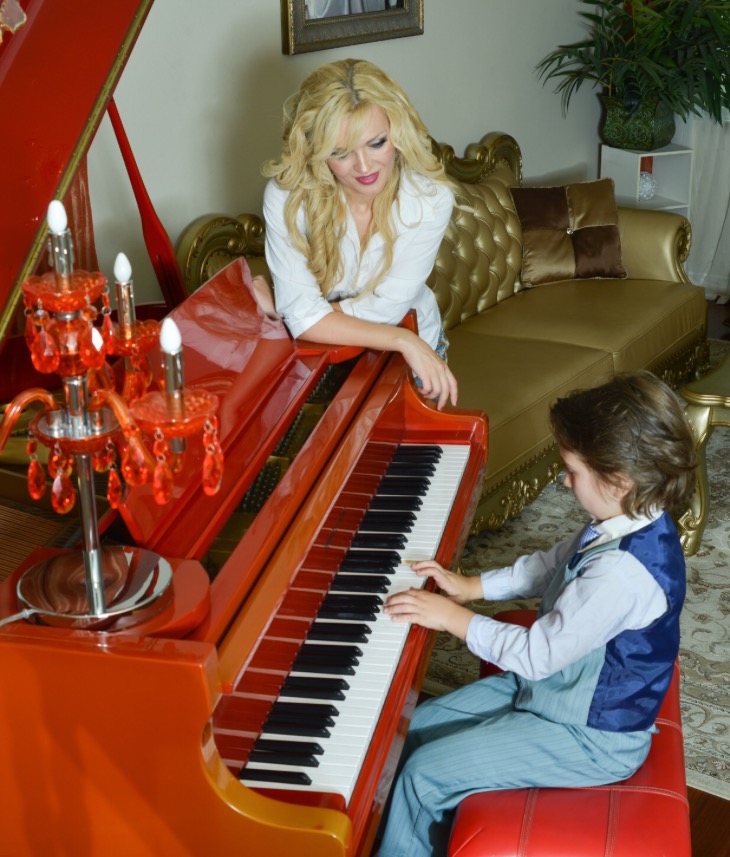