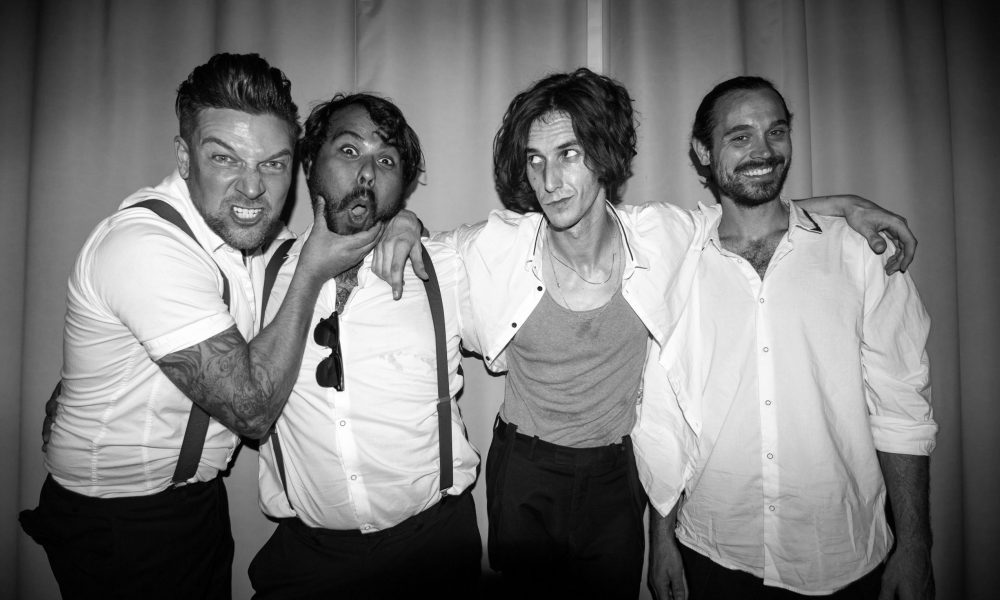 After having a collection of retro/modern love songs rattling around in his head for years, Dougie VanSant Jr. (our Frontman and Guitarist) moved from Philadelphia, PA to the Coachella Valley and formed The Flusters in late 2015. Believe it or not, the name came before the band. Back in 2013, Dougie was bartending in the area of Philadelphia known as “Northern Liberties”. One day while bored at work, he looked up a list of every known onomatopoeia hoping choose a name for his would-be band. To his disappointment, everyone single onomatopoeia was already a band; The Pops, The Claps, The Slaps, The Tings, The Pings….the list goes on and on. Noticing his frustration, a concerned co-worker advised him to “not get all flustered”. The rest is history.

By 2016 our “core four” (Dougie VanSant Jr. – Vocals/Guitar, Danny White – Guitar/Voclas Mario Estrada – Bass/Vocals, Daniel Perry- Drums) had assembled and before we even cut a single recording, we were invited to play the coveted Coachella Arts & Music Festival. Later in 2016, we released our debut EP “Extended Play No. 1”. In 2017, backed by a crowdfunding campaign, we were able to go on a National Tour w/ stops in Mexico, record seven new tracks, create two music videos, copyright our name, and open up a rehearsal space for ourselves and other local musicians. We spent all of 2018 playing shows and preparing for the release of our debut LP, “Dreamsurf”.

On January 11th, 2019 we released our debut LP “Dreamsurf”. The 14-track album is a collection of the first songs we wrote and recorded. It combines seven tracks from our previously-released EP “Extended Play No. 1” and previously-released single “Everyday Dreaming” with six new tracks. The first half of the album was recorded in North Hollywood, CA at Ready Mix Studios in 2016 and the second half in Glendale, CA at Comp-NY in 2017. The album made “Top 200” NACC College Radio Chart for 5 weeks.

The name of the album, “Dreamsurf” aptly describes the sound: Dreamy, washy, surfy guitars mixed with driving retro pop tempos layered with gentle vocal delivery with tinges of grunge, post-rock and analog synth soundscapes. The album, originally meant to be 2 EP’s, was written and arranged so that each song has a corresponding “mirror track” which can be thought of as a “Sonic Rorschach”. Someday we plan on releasing special edition vinyl 45’s with corresponding “mirror tracks” as A & B sides. The album is heavily influenced by paranormal phenomena, specifically UFO and Alien Abduction. The album references Amalgamated Flying Saucer Club Of America zines from the 50’s and 60’s and directly references the writings of Bob Renaud, famed Alien Contactee.

Currently, we are gearing up for Fall/Winter 2019 shows along with the premiere of our music video “When Will Then Be Now?” 2020 will bring about the second age of The Flusters as we venture into a new sound for a new decade with our single “We Were Young”.

We’re always bombarded by how great it is to pursue your passion, etc – but we’ve spoken with enough people to know that it’s not always easy. Overall, would you say things have been easy for you?
The road never seems smooth while you’re on it. It’s only when you look back that you realize how fun the journey has really been. Of course life happens for everyone, but overall we’ve been very lucky as a band. We’ve done some really awesome things together and we’re blessed in a lot of ways. The biggest challenge has always been releasing new material. We wish we could be cranking out more albums at a faster rate but that’s probably true for all bands. The creative process goes from exciting to daunting then eventually back to exciting at some point. At the end of the day we’re really proud of what we’ve released and super excited about what’s to come.

So, as you know, we’re impressed with The Flusters – tell our readers more, for example what you’re most proud of and what sets you apart from others.
We play 4-piece, Dreamsurf, Retro Pop, Indie Rock, and Roll.

We are deeply obsessed with UFO and Paranormal phenomena.

We’re probably most known for our outfits which is also what we’re most proud of and sets up apart from others.

So, what’s next? Any big plans?
2020 will reveal the 2nd age of The Flusters. Our style will shift from Retro Pop into what we call Synthsurf. Which is can be described as Surfy New Wave. Our new single “We Were Young” will drop early 2020. 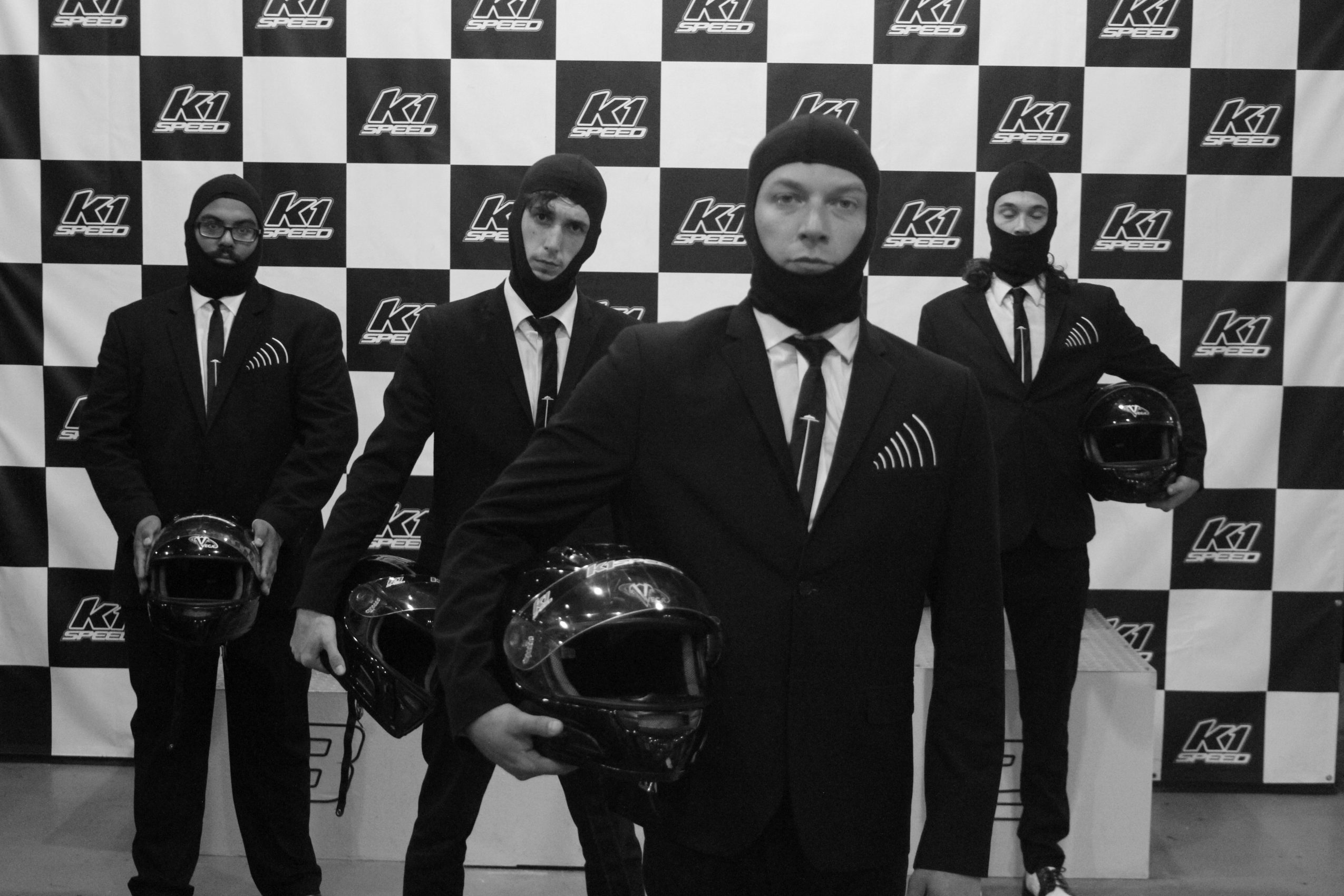 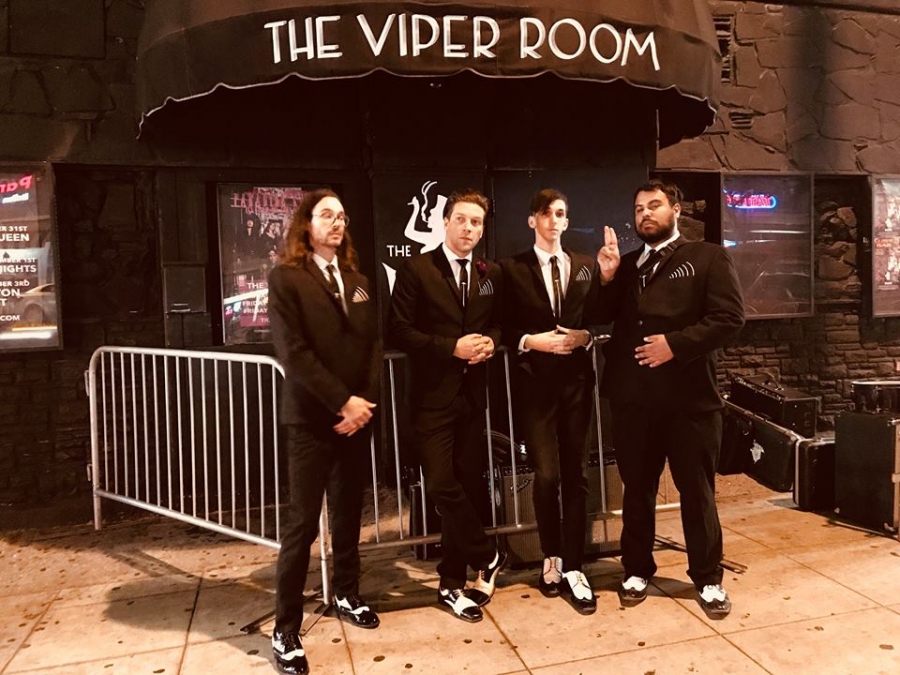 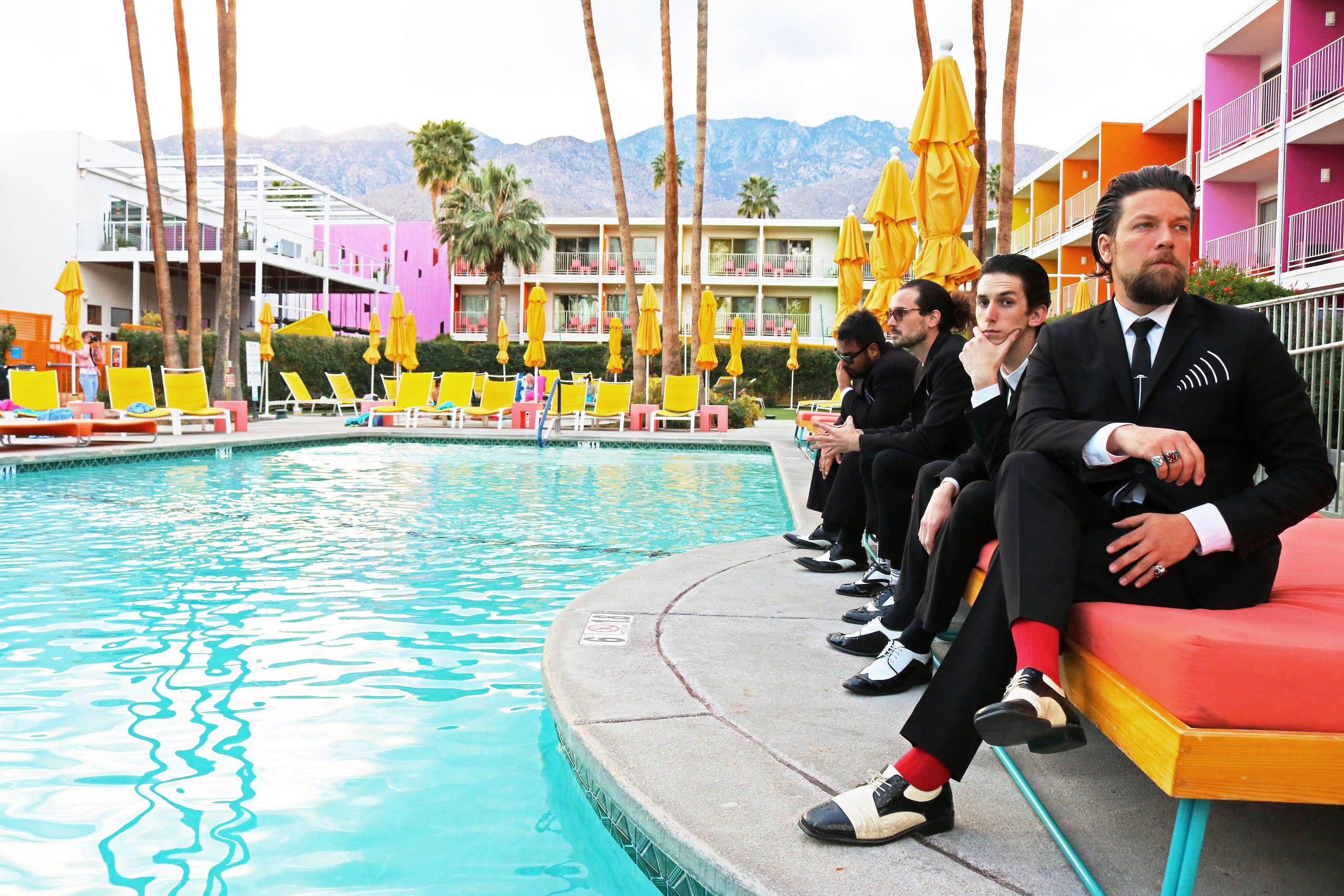 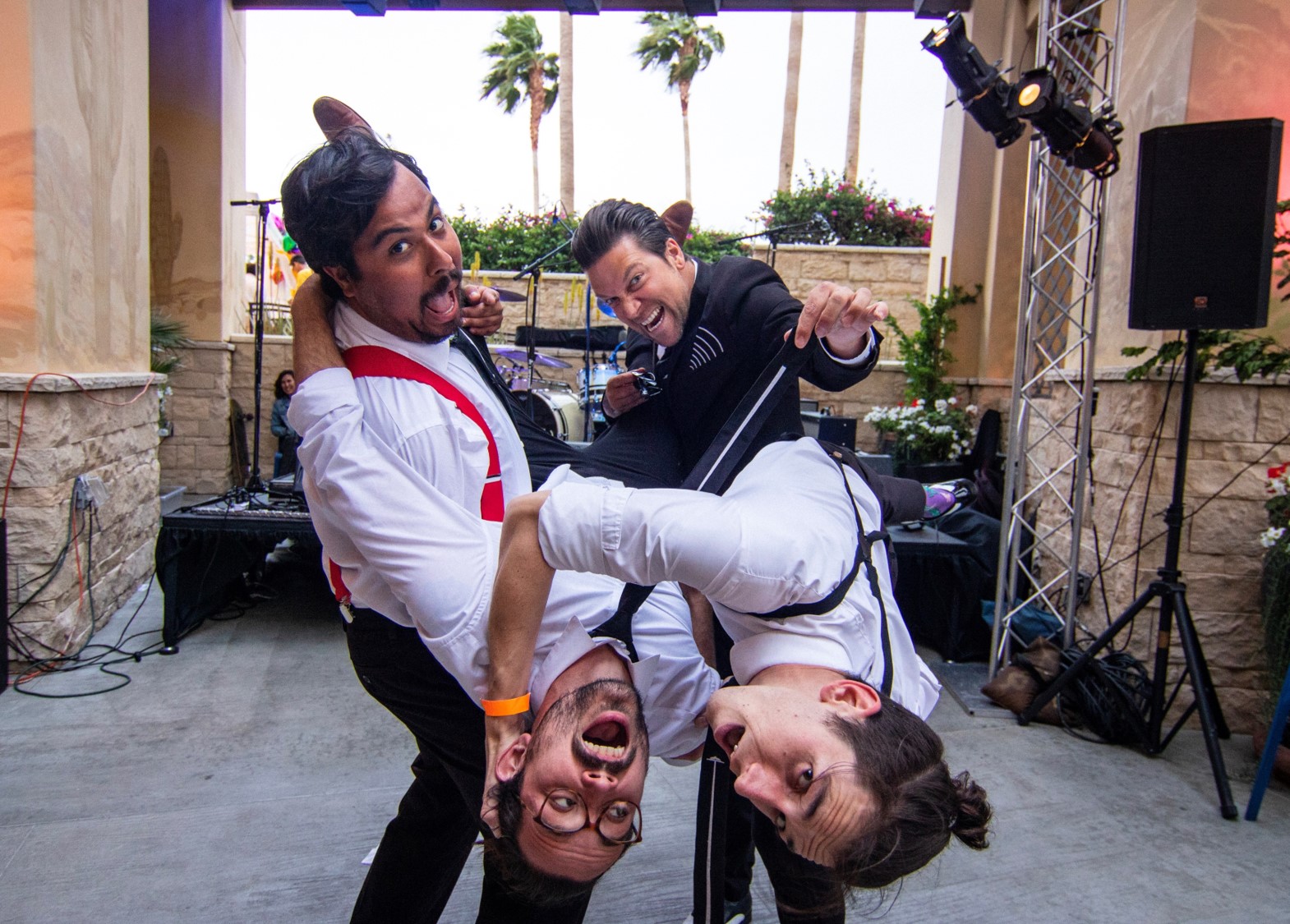 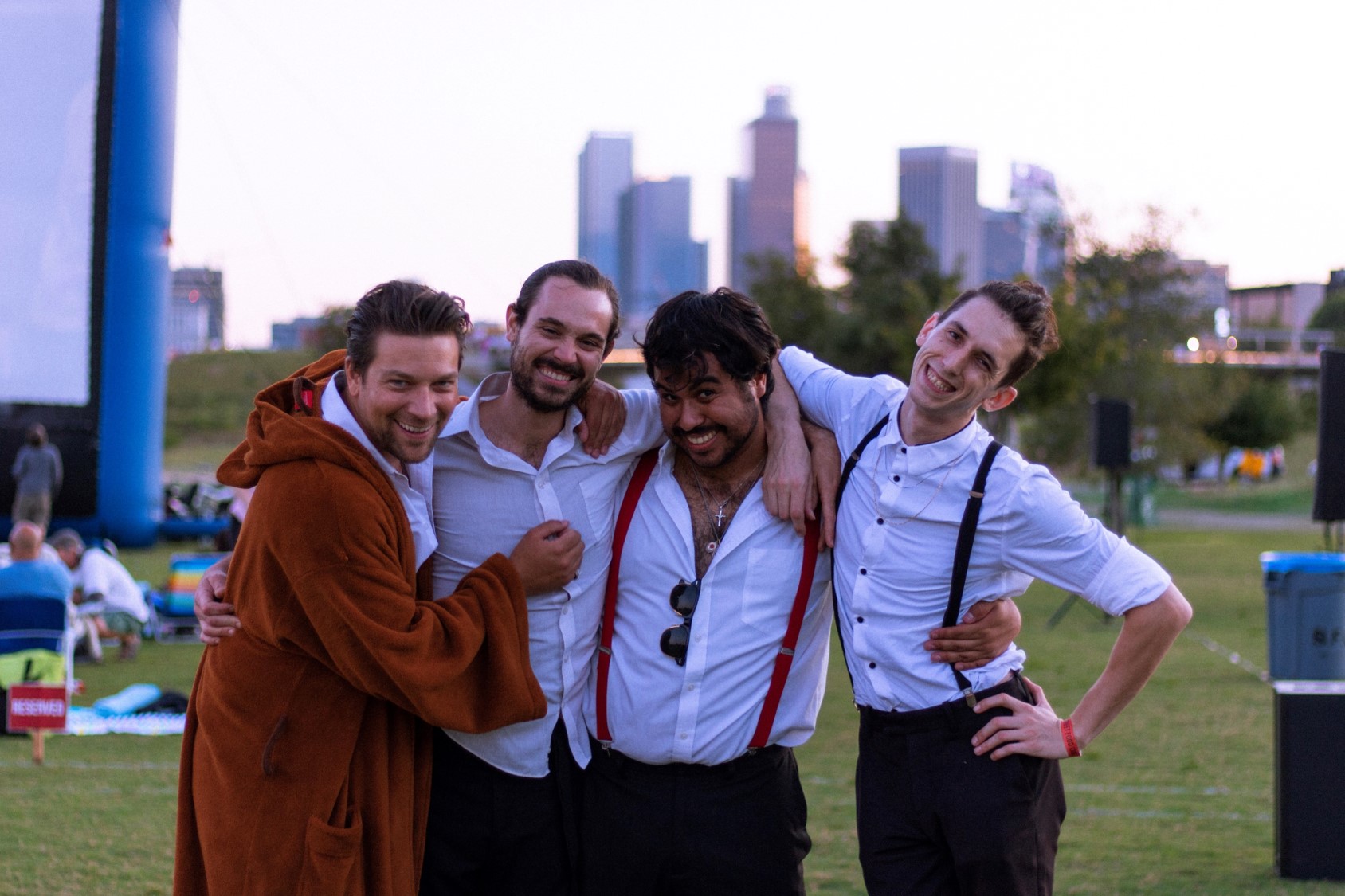 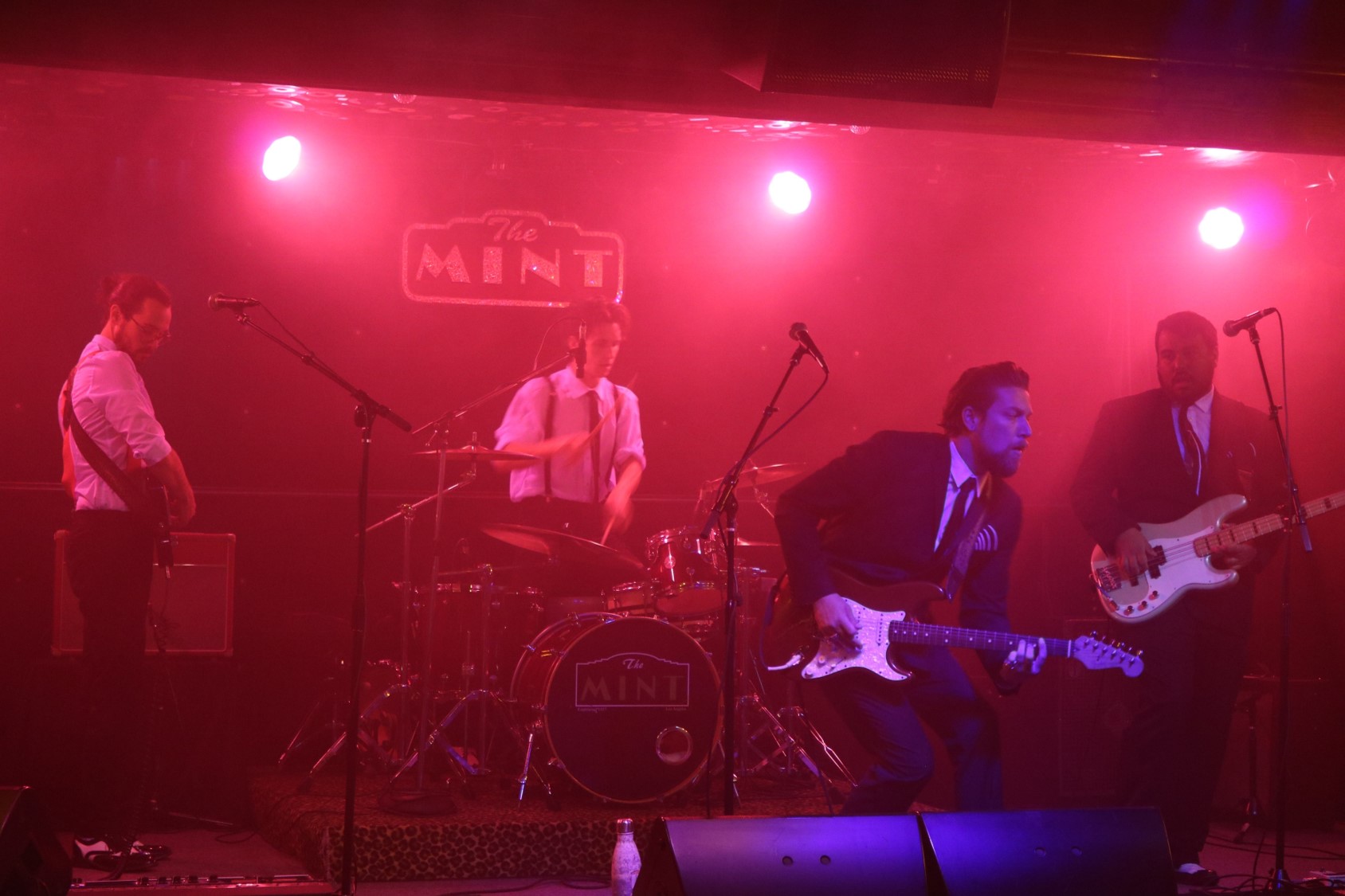 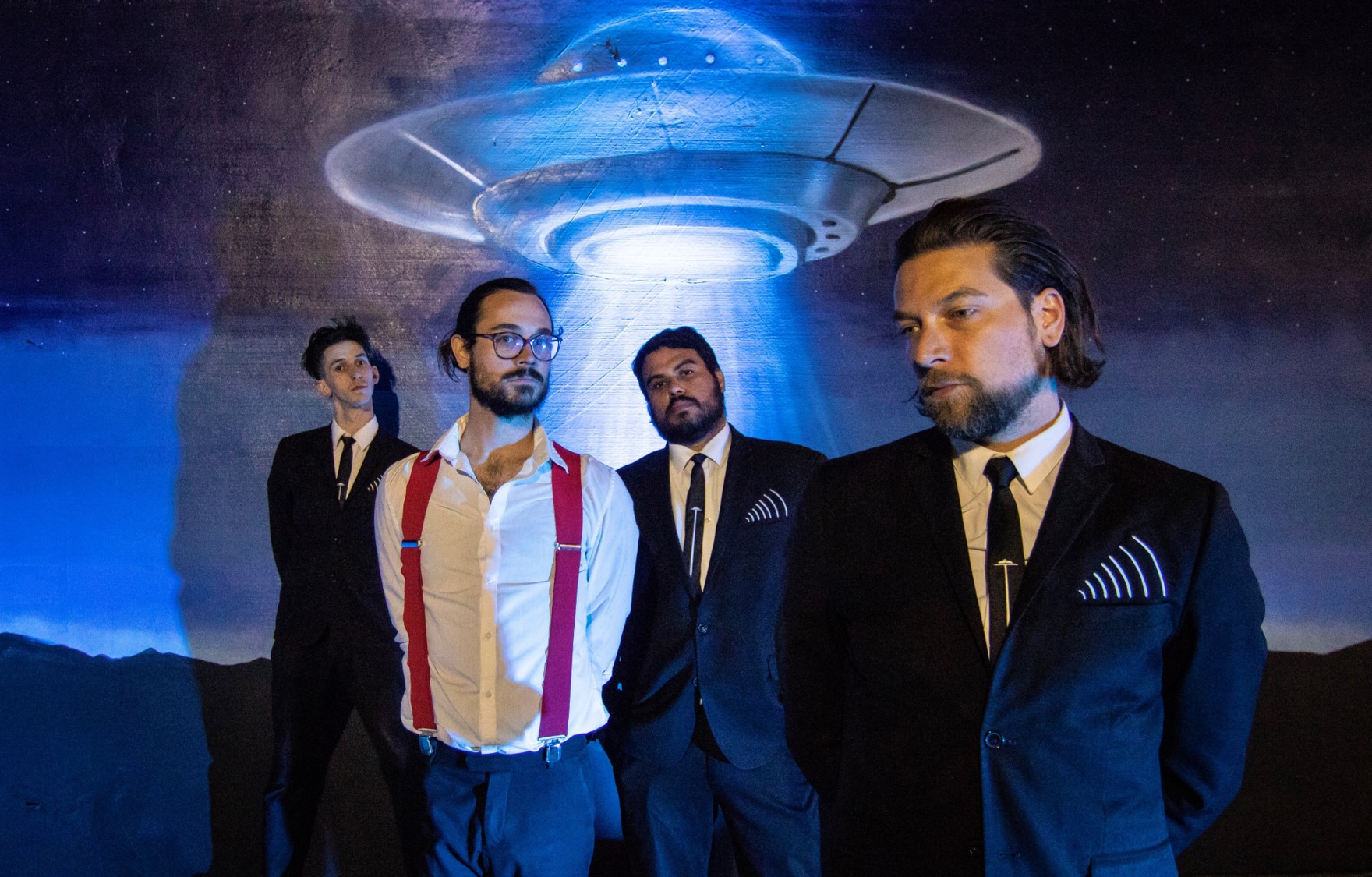 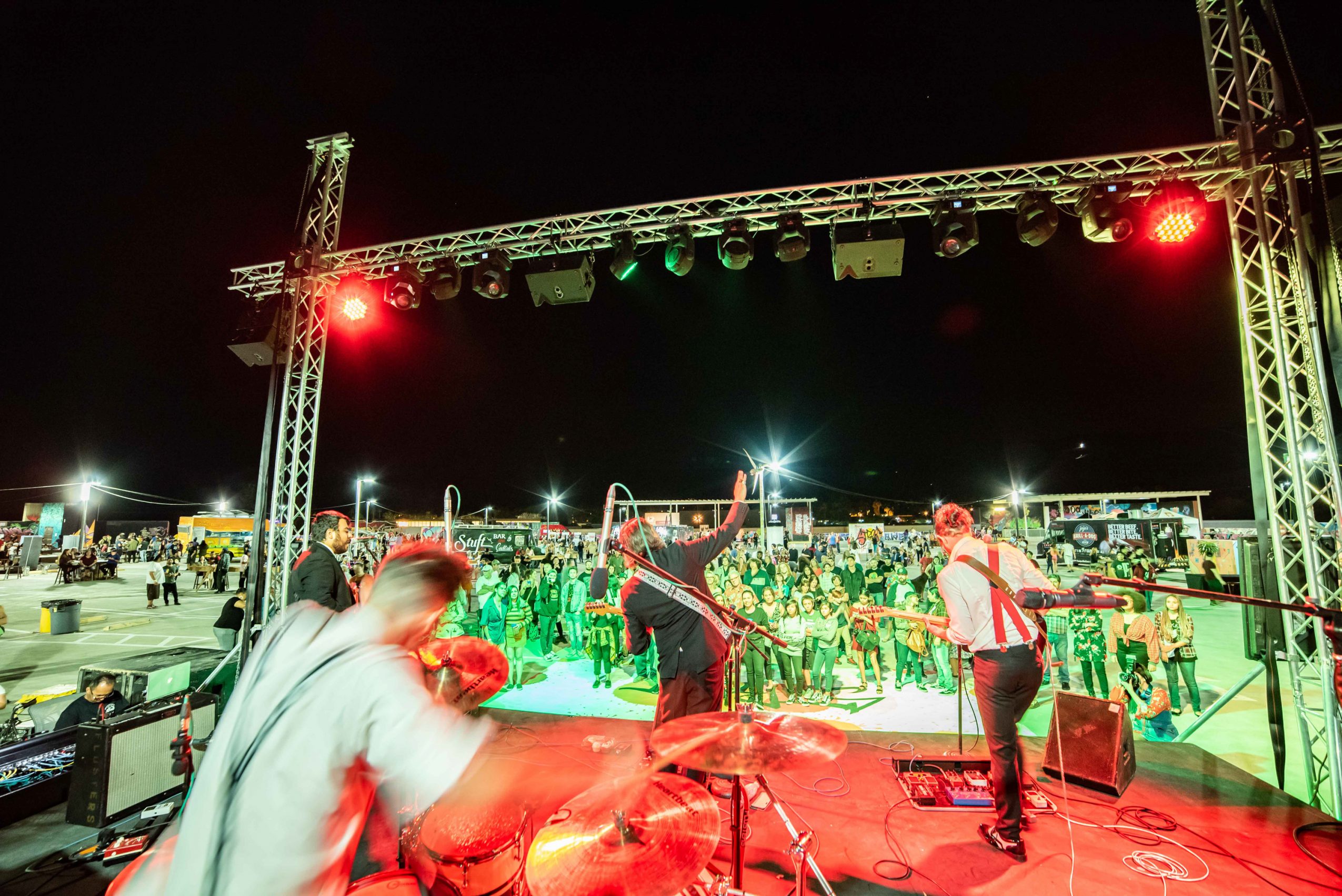