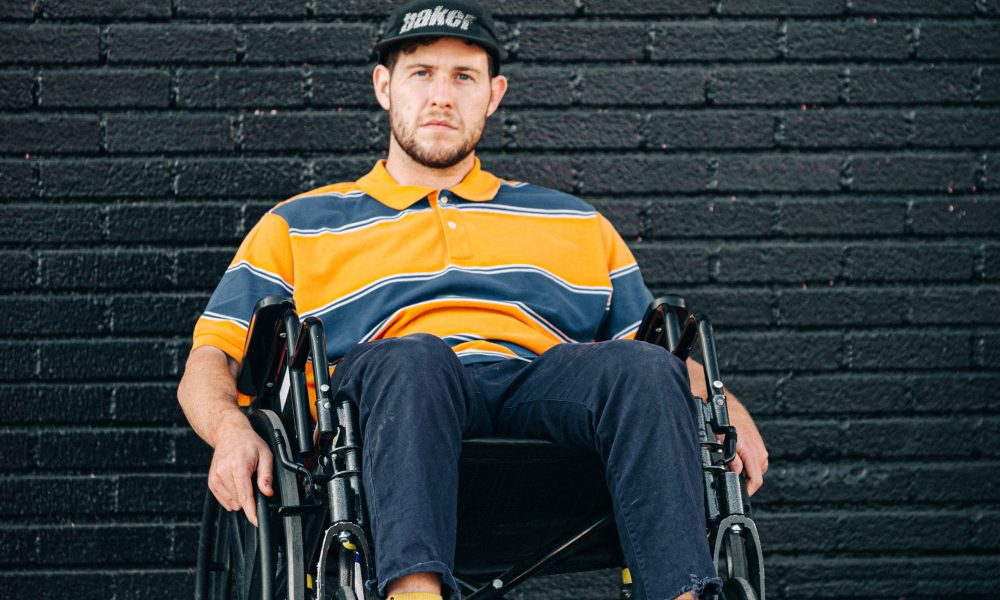 Today we’d like to introduce you to Adam Talan.

Thanks for sharing your story with us Adam. So, let’s start at the beginning and we can move on from there.
My career as an artist really started with skateboarding if I had to trace it back. From there, I was introduced to graffiti around the age of 14, which satisfied a lot of different aspects of my personality and gave me a real completely made up nondirection. I loved that it was creative, competitive, aggressive, fast, difficult, free, and taught me a lot of morals and guidelines at a young age that I eventually took to my professional career later in life. As well as some I had to grow out of if I was gonna progress as an artist and human. I really had no plans to be a working artist in high school, I was obsessed with vandalism and skateboarding. Around this time, the skateboarding film Baker 3 came out and it was and still is my favorite. My counselor suggested I take an AP Art class my senior year, I was pretty indifferent. I knew I loved to draw but pretty much only letters but as soon as I got into the class, I found a real passion to illustrate and the competitiveness I had adopted from graffiti really shined through and helped me progress relatively quick. I never expected to go to college at that time, I just assumed Id go to community college, get a job and figure it out. My art teacher encouraged me to apply to art schools and I got accepted to one in San Francisco. It was the first time I really considered art as a career.

As soon as I checked it out and saw what I thought my future could be I was fully committed to making it work, a lot of talented friends I knew from graffiti didn’t have the same opportunity as me and I felt I couldn’t take that for granted. I spent four years in school learning a ton of things good and bad. I didn’t really have a direction I just wanted to draw better and everyday that’s what I tried to do. I’d draw anywhere from 8-16 hours a day everyday regularly. Everyone around me wanted to work in animation and I think I was sort of brainwashed into thinking that was where I was supposed to be. I tried dipping my toes into storyboarding and interned at a production company but I had a hard time getting excited about what I was working on. What I took from it was a real sense to tell stories and convey ideas visually. I graduated school and immediately starting working at a mobile game company doing vector illustration and graphics. Never truly was into mobile games but I was fresh out and broke. It wasn’t ultimately for me and the company went under but there was something about making singular graphics I really gravitated towards.

After that, I really struggled with work for a while, which was honestly the best thing that could have happened to me. I took a bunch of different types of freelance. From animation to graphic design and everything in between. It forced me to really look at what I liked to create and unlearn so many terrible things and habits I learned in art school, as well as work with a bunch of talented people from different worlds and mediums. At this point, I had a portfolio that was so wide and varied, from background paintings for mtv shows to graphics for stage visuals for Major Lazer. I started freelancing for a creative agency called Times 10 making illustrations for Adidas James Harden shoe release and our relationship grew and I ended up working for them full time. It was my only full-time experience at a company, there were a lot of talented people there and got to learn a bunch about some of my different disciplines and the clients and projects were sometimes huge, mostly Adidas work, from basketball to running. I wasn’t a big fan of the owner of the company and higher ups and couldn’t see myself staying there forever. I was still freelancing making animations with my good friend and past colleague Dan Streit on the side. This is where it all sort of took a twist for me and stopped being a traditional path of working in the creative industry.

At the time, I was SUPER into to long distance running and I had hurt my hip and got sent to physical therapy, when I got there a ton of my childhood heroes from skateboarding were at the same PT. Most of them were from Baker Skateboards, as I stated Baker 3 was my favorite skating film growing up. I became friends with all of them in my time there at physical therapy of all of them. One of the companies that branches out from Baker is Shake Junt and the owner Shane Heyl was looking for a new designer and I quickly jumped at the opportunity. That allowed me to quit my full-time job at the creative agency. From there, I been working in skateboarding since part-time. Been lucky enough to do deck designs for Baker and Deathwish as well. With the rest of the time, I began doing more work in the music industry. Doing album covers, promotional design, animation, and doing work in production and creative direction on music videos. Dan and I were lucky enough to work with a long time friend of mine Shakewell and created a couple of music videos that seemed to resonate with people and really opened the doors for us. So now, I see myself transitioning out of working for any company and creating things with myself and friends I love to work with.

Great, so let’s dig a little deeper into the story – has it been an easy path overall and if not, what were the challenges you’ve had to overcome?
Absolutely there were struggles. I was real cocky getting a job that paid well straight out of school. So when the company went under and I couldn’t find steady work for a long time I had to move home to my mom’s and figure a lot out. As well as change my perspective of how I saw myself and valued myself as an artist. Lots of rejections for companies at the time of places I truthfully didn’t even wanna work at. I also have run from the idea of being an in house artist pretty much my whole career which didn’t make it easier. I think that’s important though, and graffiti taught me a lot about how to be uncomfortable and make things work when your down. Getting rejected from a job was much easier than getting arrested.

Please tell us more about your art.
I’d like to think I specialize in Illustration, ink drawings to be specific. But what I think I’m best at is having worked in so many fields, I can speak creatives languages and convey ideas to most people. So when I get a project say like and album cover, my first thought isn’t always to draw something, its always to what is the best way to get this idea across to the viewer and what will make a lasting impression whether that means working with others or alone. I’m probably most proud of some of the skateboard decks I’ve done for nostalgia reasons, but also the music videos we’ve created with long time friends that I never thought anyone in the world would care about what we’re doing.

Is there a characteristic or quality that you feel is essential to success?
Ability to be uncomfortable, open-minded, to try and listen as much as I talk, and truly just a passion for life, people, and how they interact. A lot of paying attention 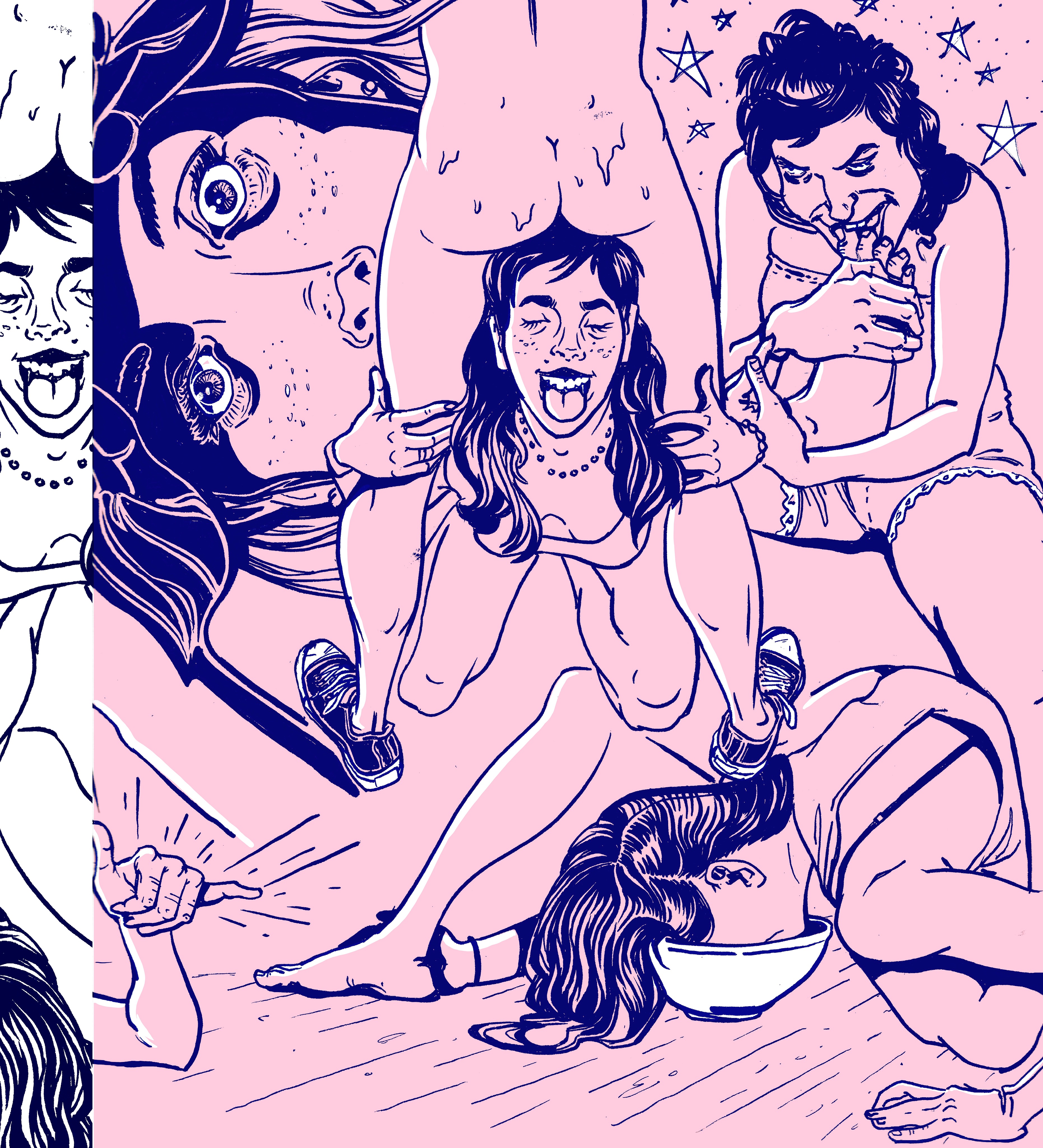 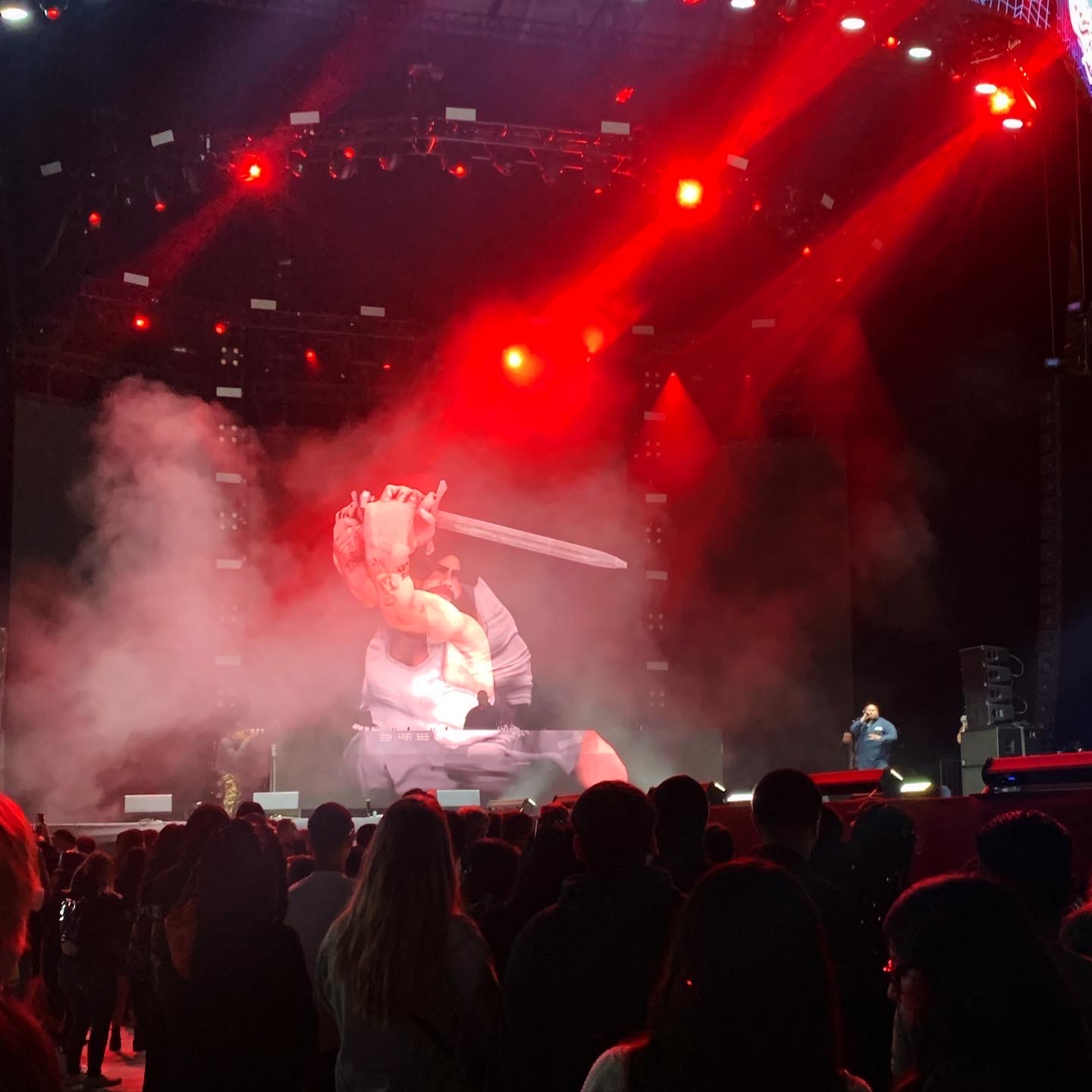 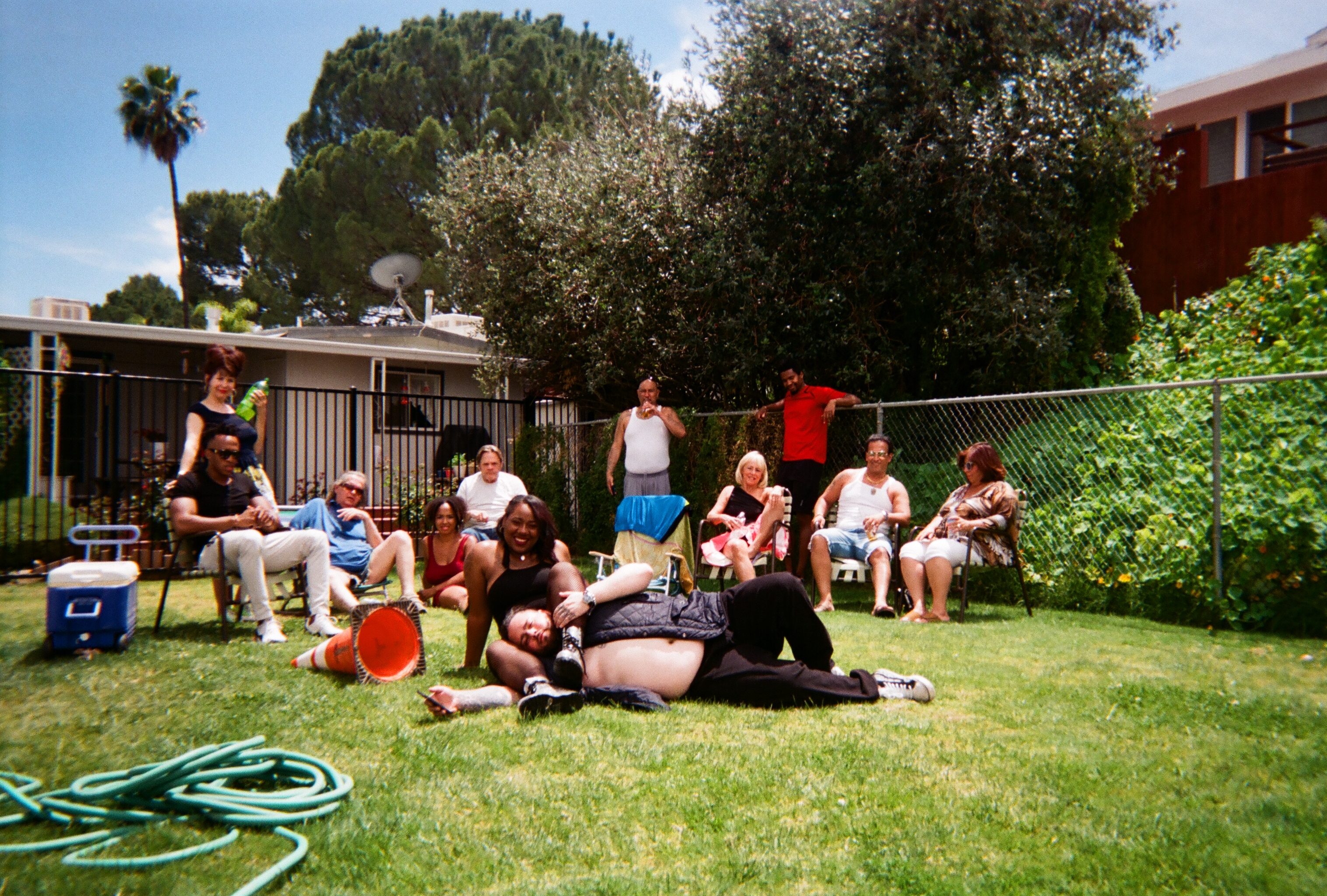 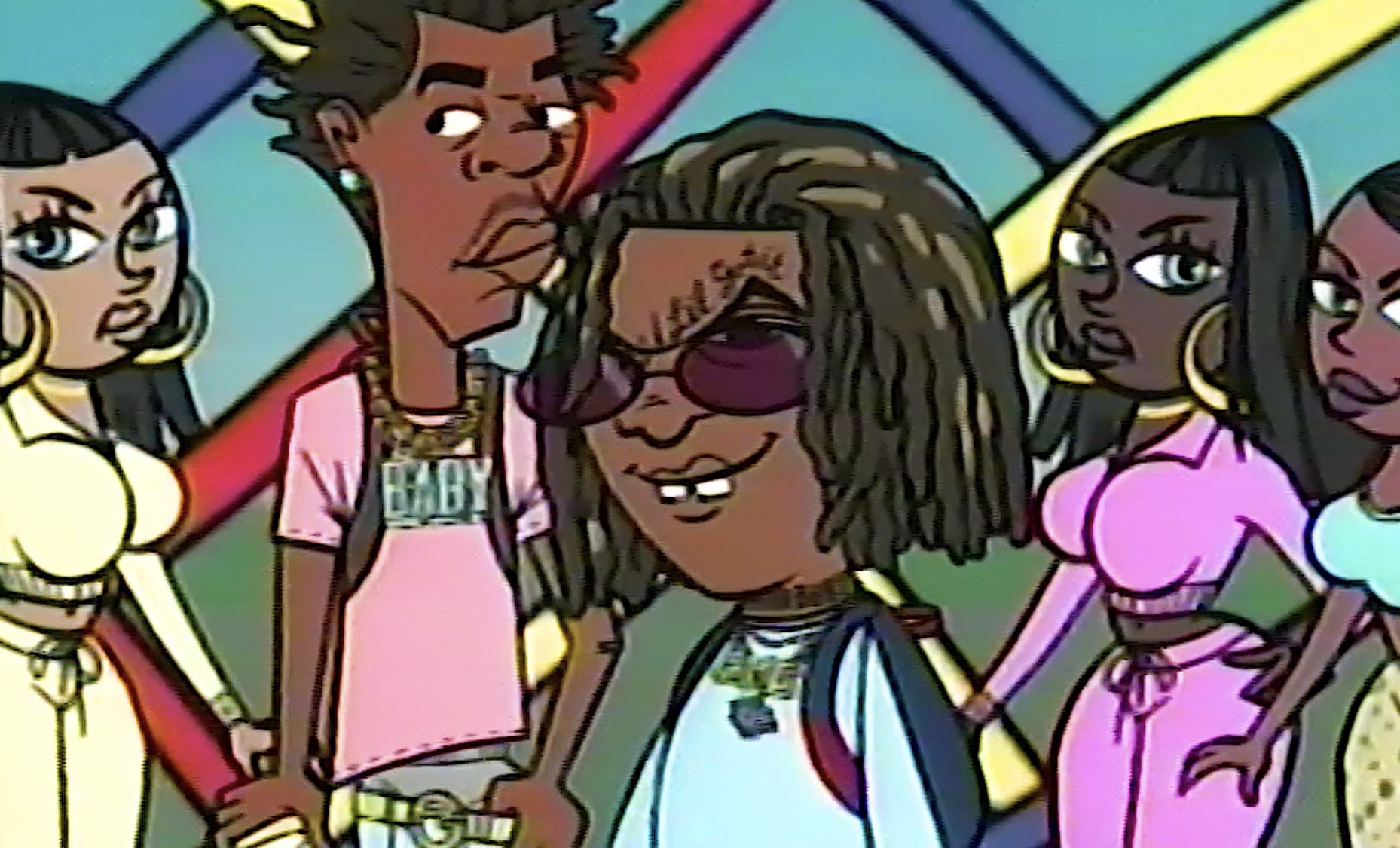 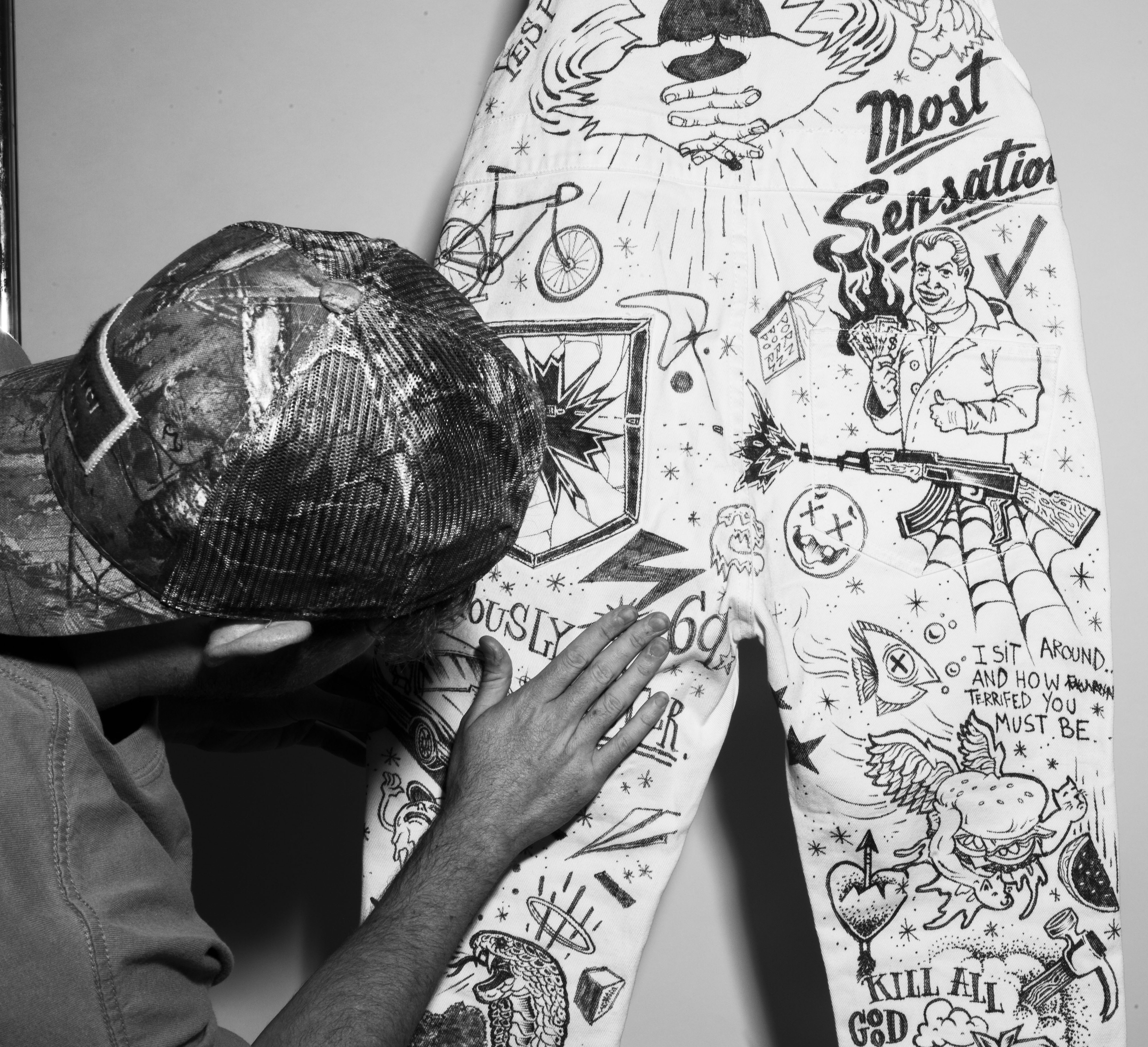 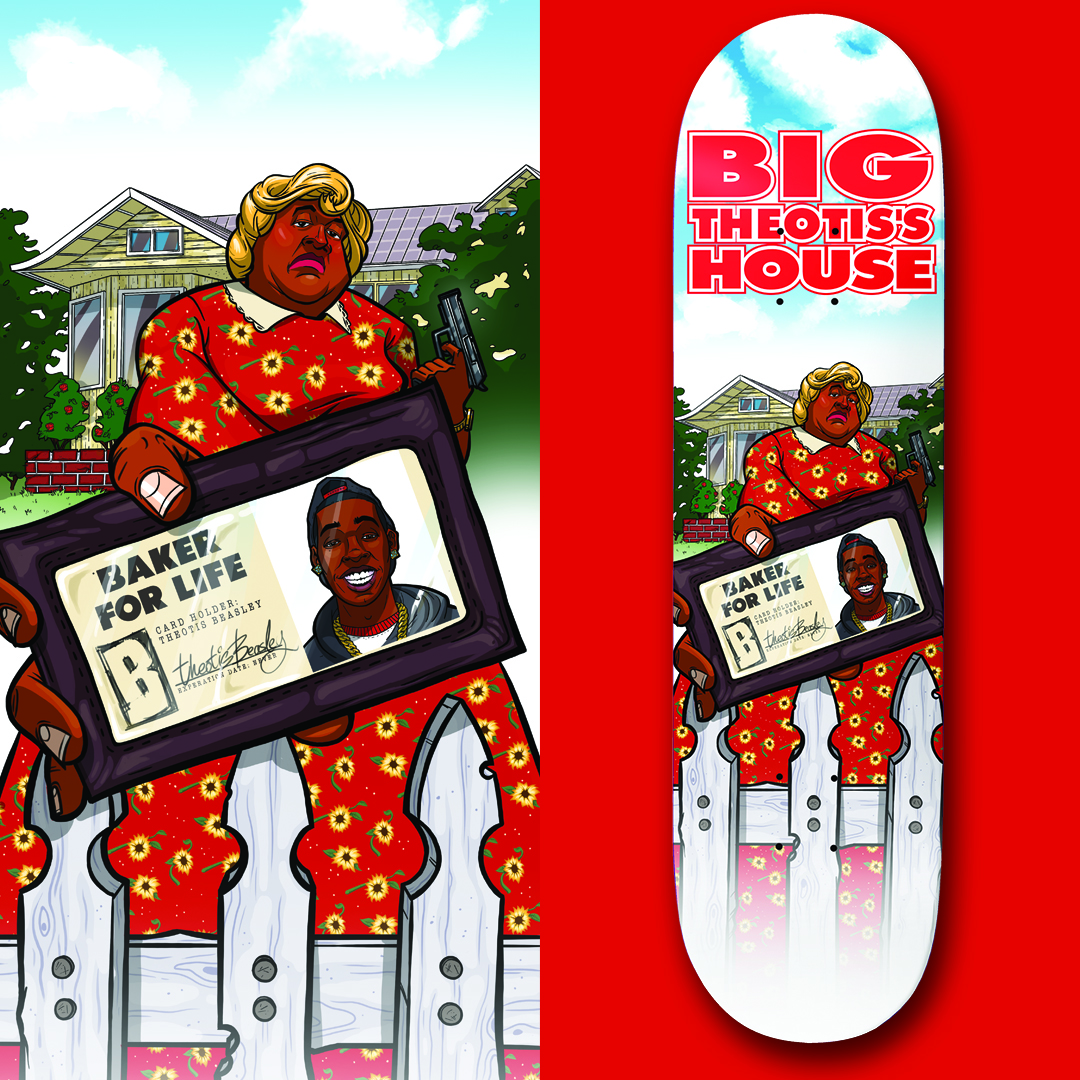 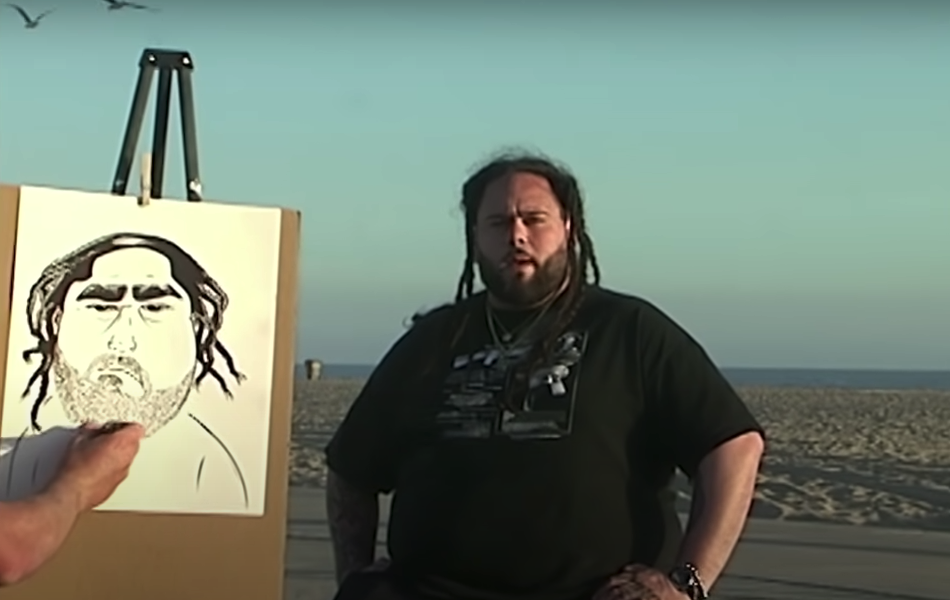