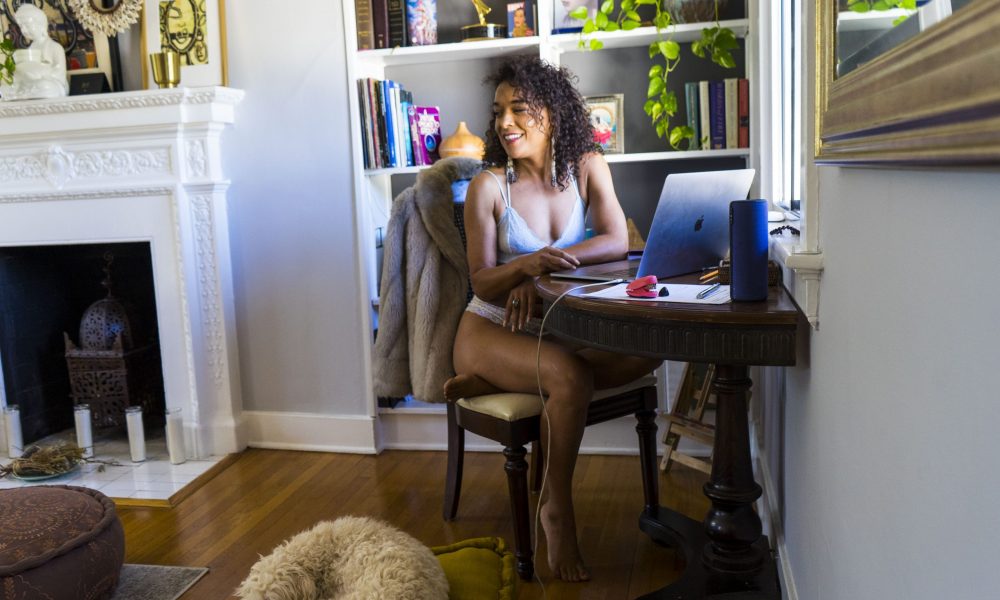 Today we’d like to introduce you to Diahnna Nicole Baxter.

Diahnna Nicole, please share your story with us. How did you get to where you are today?
I come from a rebellious teenage single mother and loving grandparents. My mother was working at Jack in the Box when she had me, yet shepherded me to end up at Duke University on an almost full scholarship. Her resilience throughout my formative years taught me to never give up and to rely on the knowing that everything I needed to accomplish my dreams lied within, no one else had the power to give it to me or take it away.

We moved around a lot – born in Las Vegas, raised in Minneapolis, and high school years in San Diego. Moving around enabled me to adapt easily to any environment, but also how to say goodbye easily – something I still am challenged with in relationships. After graduating from Duke, with a short stint in Cairo, Egypt, I was on the path to continue my journey in academia with a full ride scholarship to any grad school of my choosing. I made a silent bet with myself and Godde, if I didn’t get the Fulbright scholarship I applied for, I would turn down the academic scholarship and take it as a sign that I was supposed to do what I really wanted to do…acting. Soon after the “no” letter from Fulbright, I moved to NYC to live my dream of being a formidable actress.

Looking back, I am aware that my studies at Duke and my personal life story have greatly influenced my art as an actress, writer, filmmaker and yogi. I was an African-American/Literature double major with a minor in Women’s studies. All of my education focused on women of color storytellers, from Toni Morrison to Nawal al Sadaawi. I soon would become the storyteller, not only as an actress but writer as well. My first big booking in NYC was for an Off-Broadway play called, Pieces (of ass) – yes, that really was the name, given by our misogynistic producer. What attracted to me to the production was that every actress wrote their own piece, about being considered a “piece of ass” and our perspective on it. The show ended up being a number one Broadway hit and I ended up performing my piece, “Definitions” in over a hundred shows across the country. It is this show that brought me to Los Angeles.

Los Angeles was a culture shock at first. It took a few years to adapt to car culture and to people seeming to be more concerned with who you knew and what you did, than who you are. I have always said that NYC is a city that feeds you creatively as much as it beats you up. Los Angeles didn’t feed me creatively,(not at first) it just beat me up. I learned quickly that for me, the key to thriving, psychologically, emotionally and spiritually was to create my own work. When the phone didn’t ring, and reps didn’t quite get me – (I was told I came off too East coast, too strong – I needed to soften up, make everyone believe they could fuck me and to think about getting a boob job) I decided to create for the sake of my own sanity.

5 years in, I co-created Satacracy 88. A low budget, choose your own adventure, sci – fi web series and won the first Emmy Award ever given to the broadband category. It was the beginning of the digital/streaming era. Not much came from the Emmy at first, as I thought it would, but I learned a valuable lesson about accolades. They are only worth the worth you place on them, and they can often be a curse if you rely on them to boost your career or identity. I kept my Emmy Award in its black box for the first 2 years. I was frustrated, that even with the accolade, I still couldn’t land a good agent or manager and I still didn’t have a network tv credit under my belt as an actress. How quickly I forgot the lesson taught to me by my mother, about my power lying within. Eventually, I woke the fuck up.

A ruthless storyteller with a compassionate heart.

A Kundalini Yoga Teacher who thrives in holding spaces for women to rediscover their innate power.

A transformational life coach who coaches women artists and entrepreneurs to live their wildest dreams by tapping into their life force using spiritual laws.

The stories I choose to tell revolve around women of color who have survived deep trauma or succumbed to it, leaving behind a legacy for us to take heed from. I like to punch people in the gut and rip open their hearts. I want people to question those dark parts of themselves, their inherent bias. I do this not for shock value, but to provide an opportunity for us collectively as humans be-ing, to redeem ourselves, to see ourselves in each other, shed some shame and hopefully, forgive. I am forever grateful to Diana Castle and The Imagined Life studio for being the space where I get to grow as an artist and human be-ing.

My directorial debut, EPIGENETICS, is currently thriving in the festival circuit, and has been nominated as best short. I also created, COWBOY”S GIRL, which screened at Palm Springs International Short Film Fest among others worldwide. I also have a limited series about Billie Holiday that I am shopping around.

You can catch me on stage, the theater, my first love through February 23 at the Rubicon Theater, in Never, Not Once. A family drama that looks at trauma and identity.

Also I take the stage with other fearless women in “Missbehaving”, our next show is April 8.

I am honored to be certified Kundalini Yoga Teacher. This practice has been revolutionary for my journey into self-love, service and devotion. I hope to have the honor to share this yoga with you. I hold privates, donation based community classes from home, and series as well. My current 5 class Kundalini series, WOMAN IS CREATOR will be available this spring. Follow me on IG for details.

My current intention is to serve other women creatives to live their best lives as a certified Transformational Life Coach. I believe trauma can be an opportunity for transformation, and as an actress, emerging writer-director, and transformational life coach, I hope to continue to collaborate with fellow creatives who give themselves in service to these stories that many are too afraid to touch. I created my production company, Black Eagle Productions to do just that.

When a woman truly claims her power, in radical acceptance of herself, providence aligns.
Join Me.

Has it been a smooth road?
The road always has speed bumps. And I can truly say that I am grateful for them. I would say the biggest struggles were me getting in my own way and access to circles with more power.

Depression is real. Kundalini Yoga literally saved my life, which is why I am so passionate about sharing the practice.

I am learning to trust myself, and to continue to value what I have to give of my authentic self in this lifetime. Life will always have challenges, it’s up to me how I respond and to consistently shift my perspective to one that serves Love.

So, as you know, we’re impressed with Diahnna Nicole Baxter – tell our readers more, for example what you’re most proud of as a company and what sets you apart from others.
I would say what sets me apart from others as a storyteller is my fearlessness to tell the truth. My ability to be fierce and vulnerable, and to always follow through when I commit. I don’t swim in shallow waters, so come to me knowing that you will go deep. I have a gift of holding space for people, whether that be in healing spaces of Kundalini, as a coach, on the stage, or on set. This life is sacred, and I treat it as such, the profane as well. All of IT.

Let’s touch on your thoughts about our city – what do you like the most and least?
I love the nature in Los Angeles. Its beauty is endless and some days all I need to do is walk my dog, Zoe, to be reminded that everything is in perfect order. I am so lucky to live amongst this beauty, and to have the beach, mountains and desert only a drive away. I get to reconnect to Pachamama whenever I want.

What I like least is that the city is consumed with Hollywood. I think we all come as dreamers and I love that, but I also think there is a dangerous conformity that is rampant here. A false sense of worth through materialism and status. I hope we can embrace each other more and encourage authenticity and community. 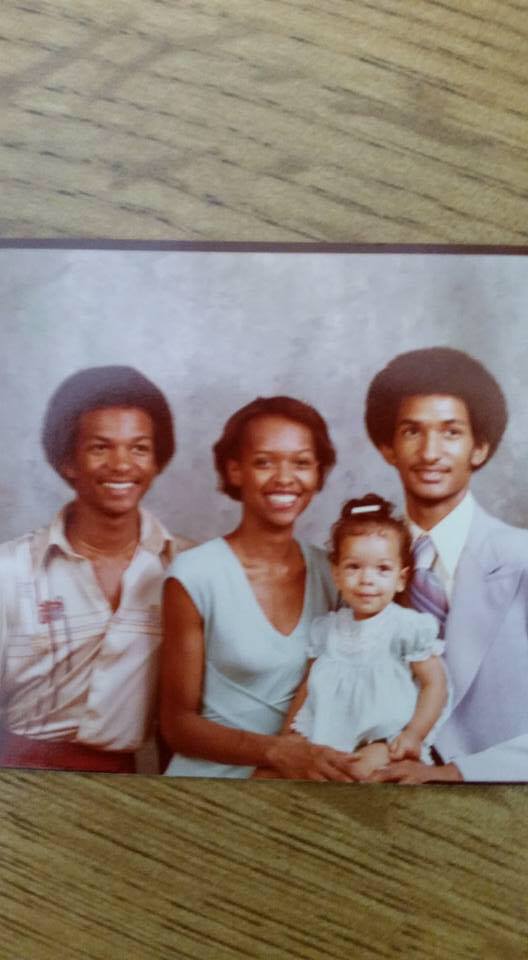 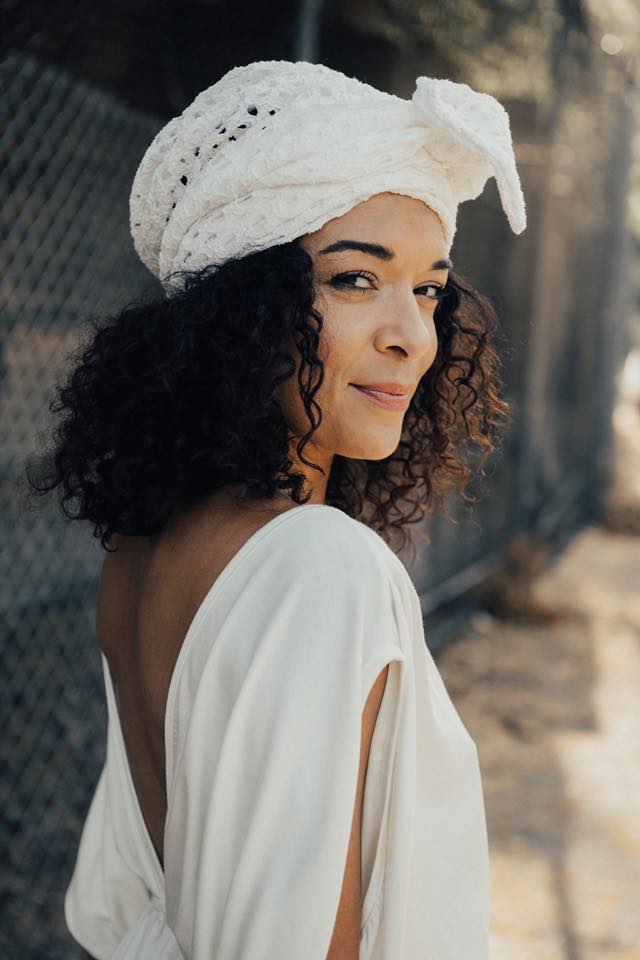 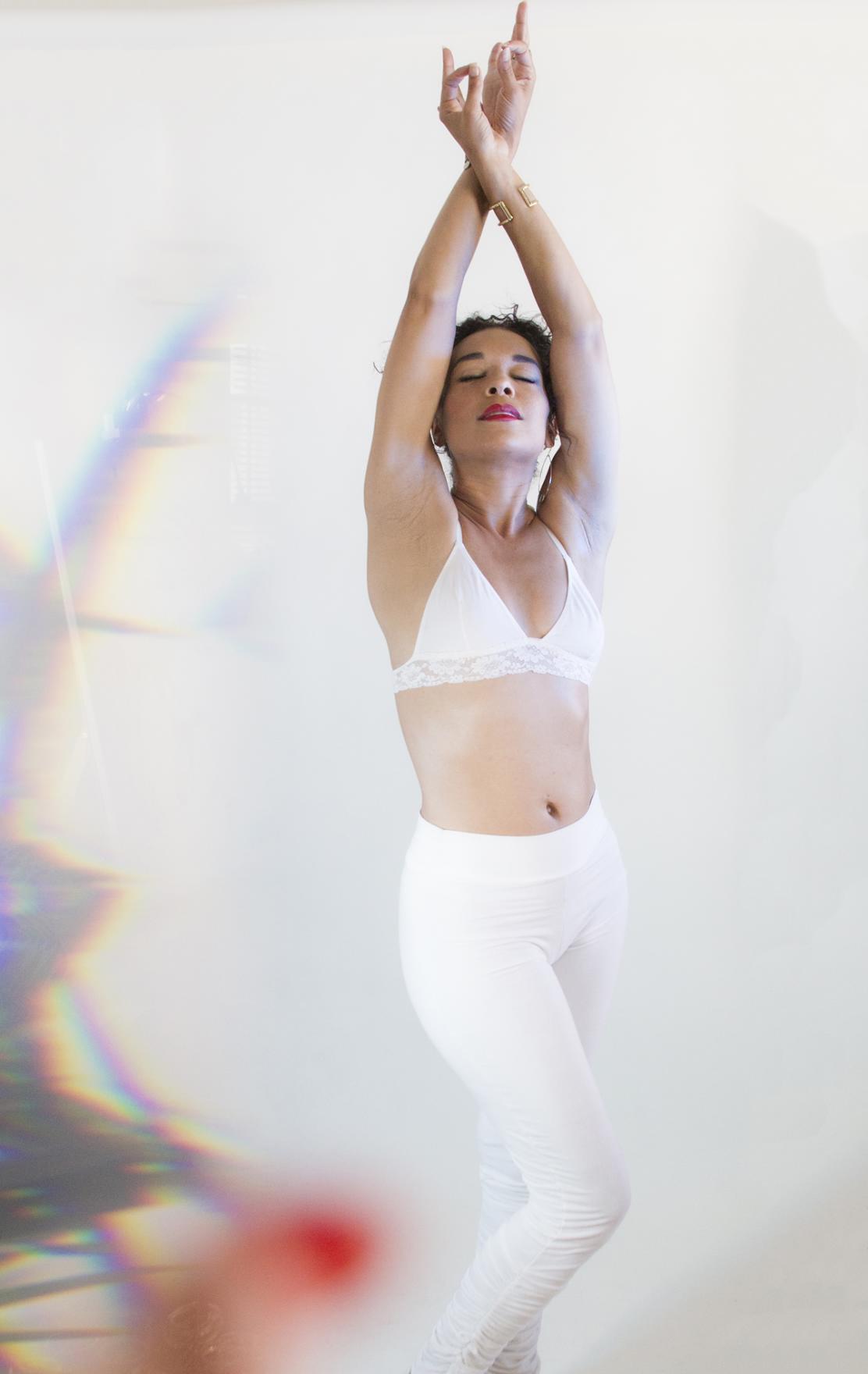 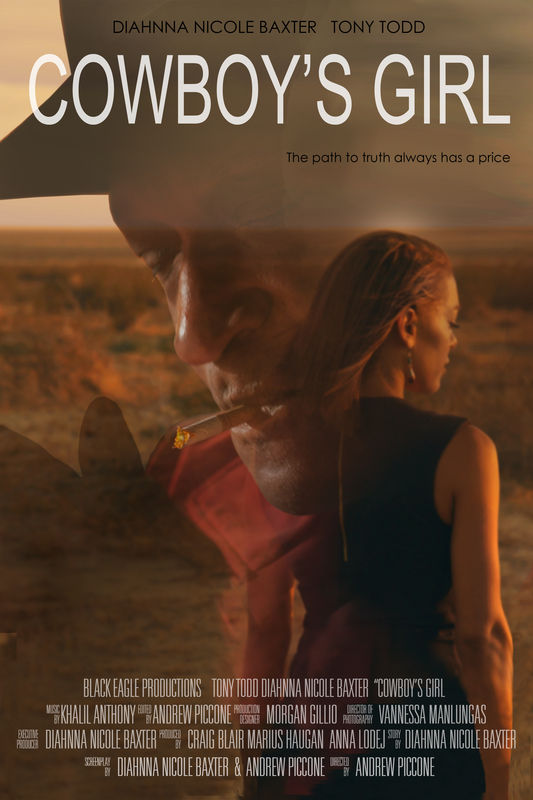 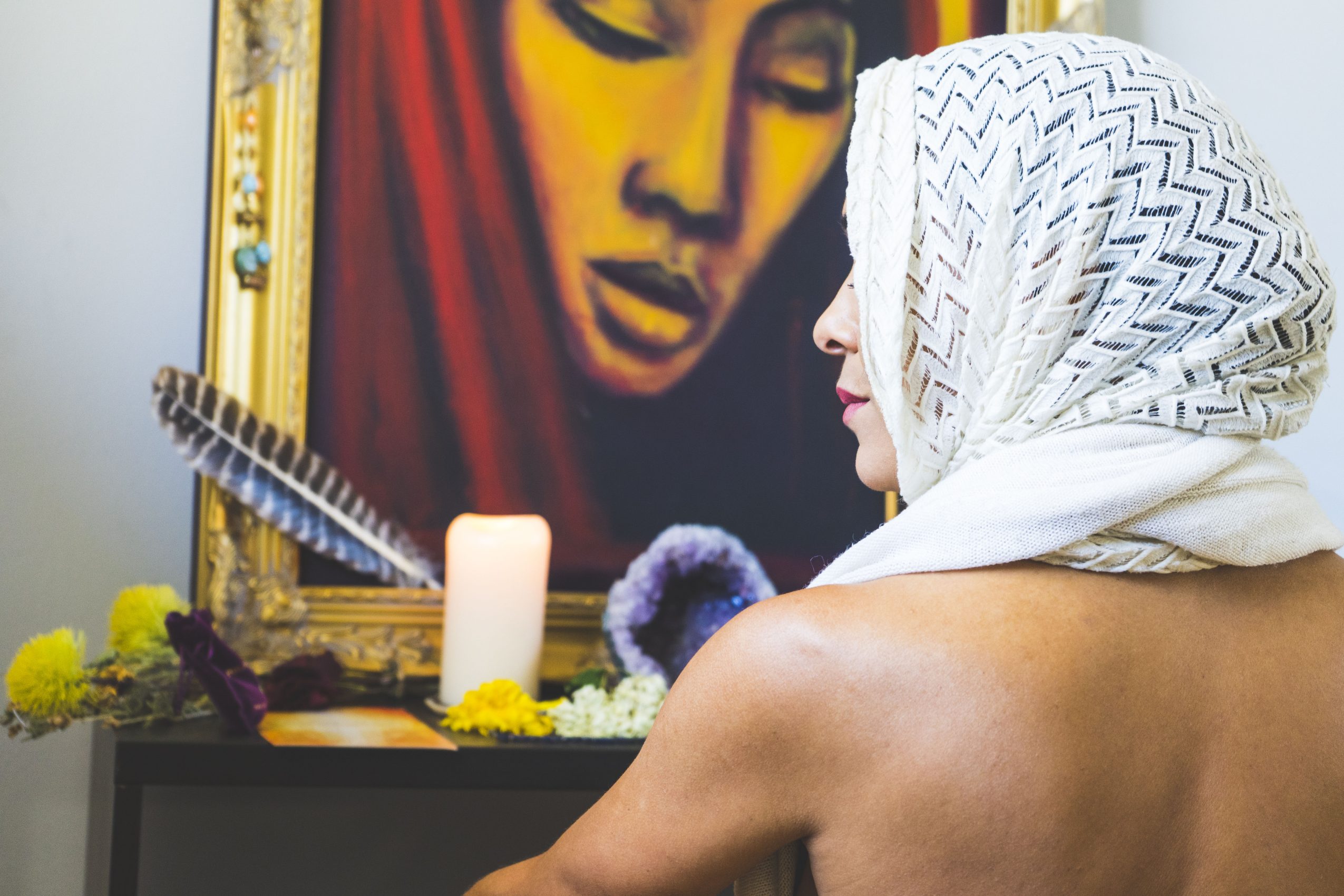 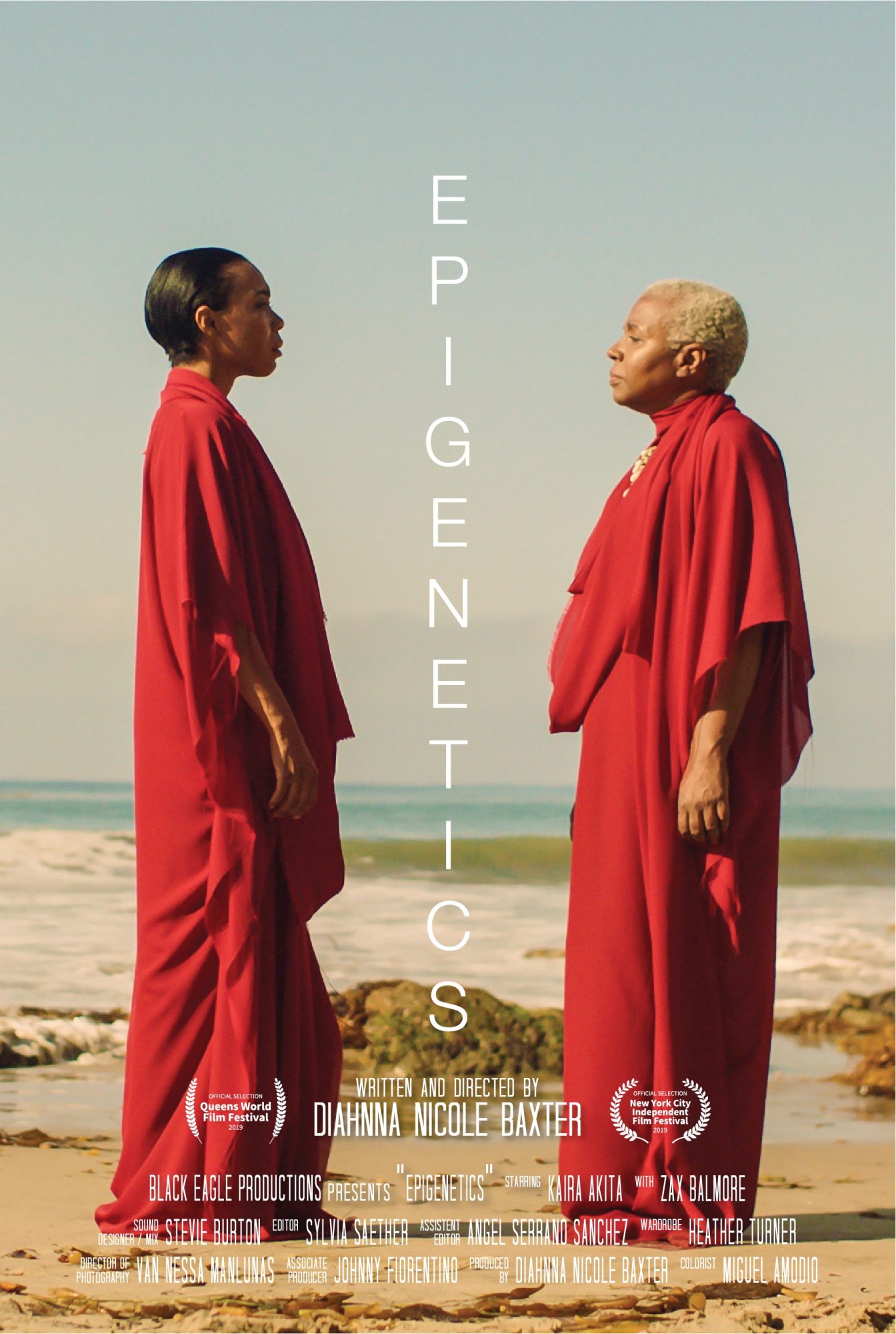 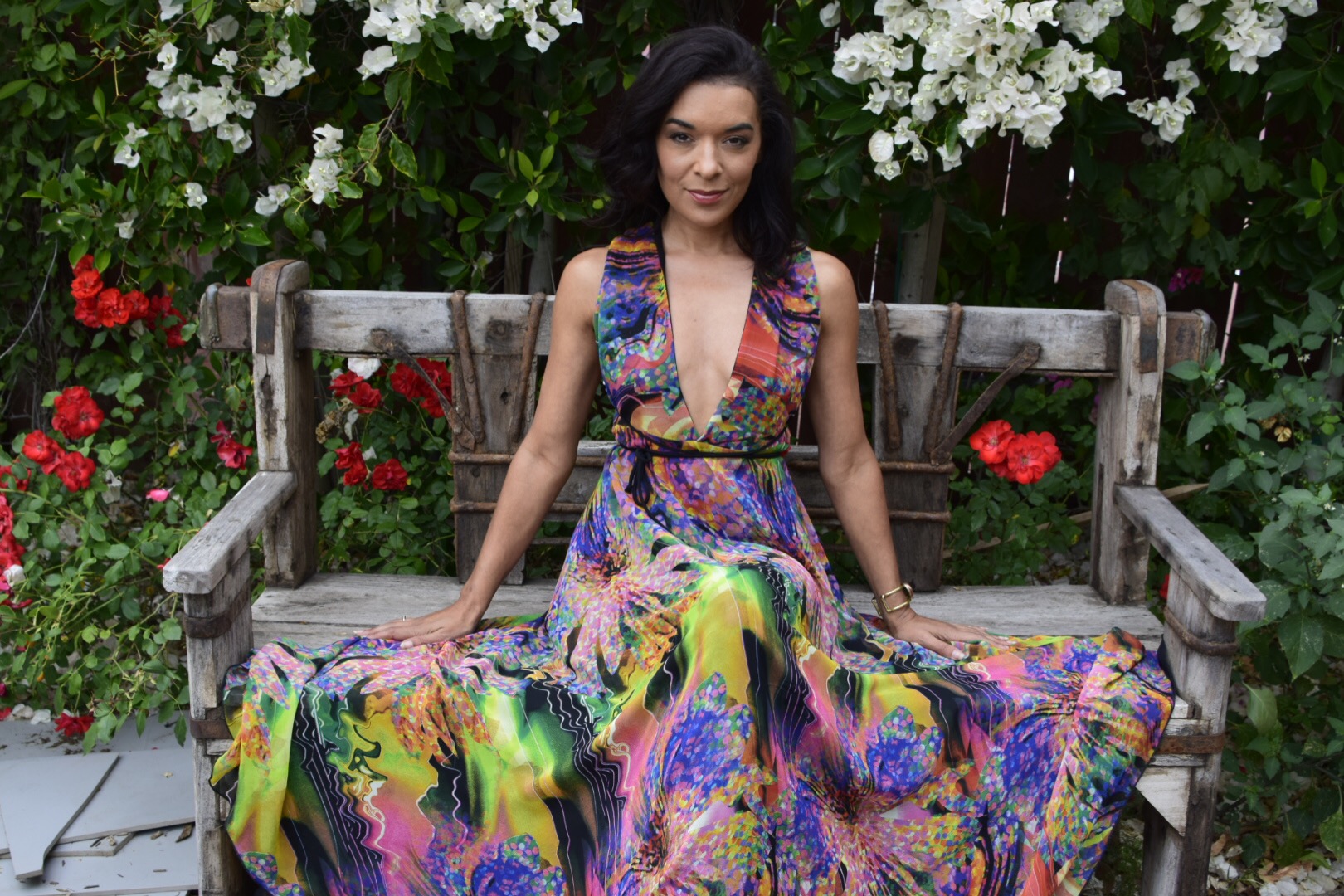 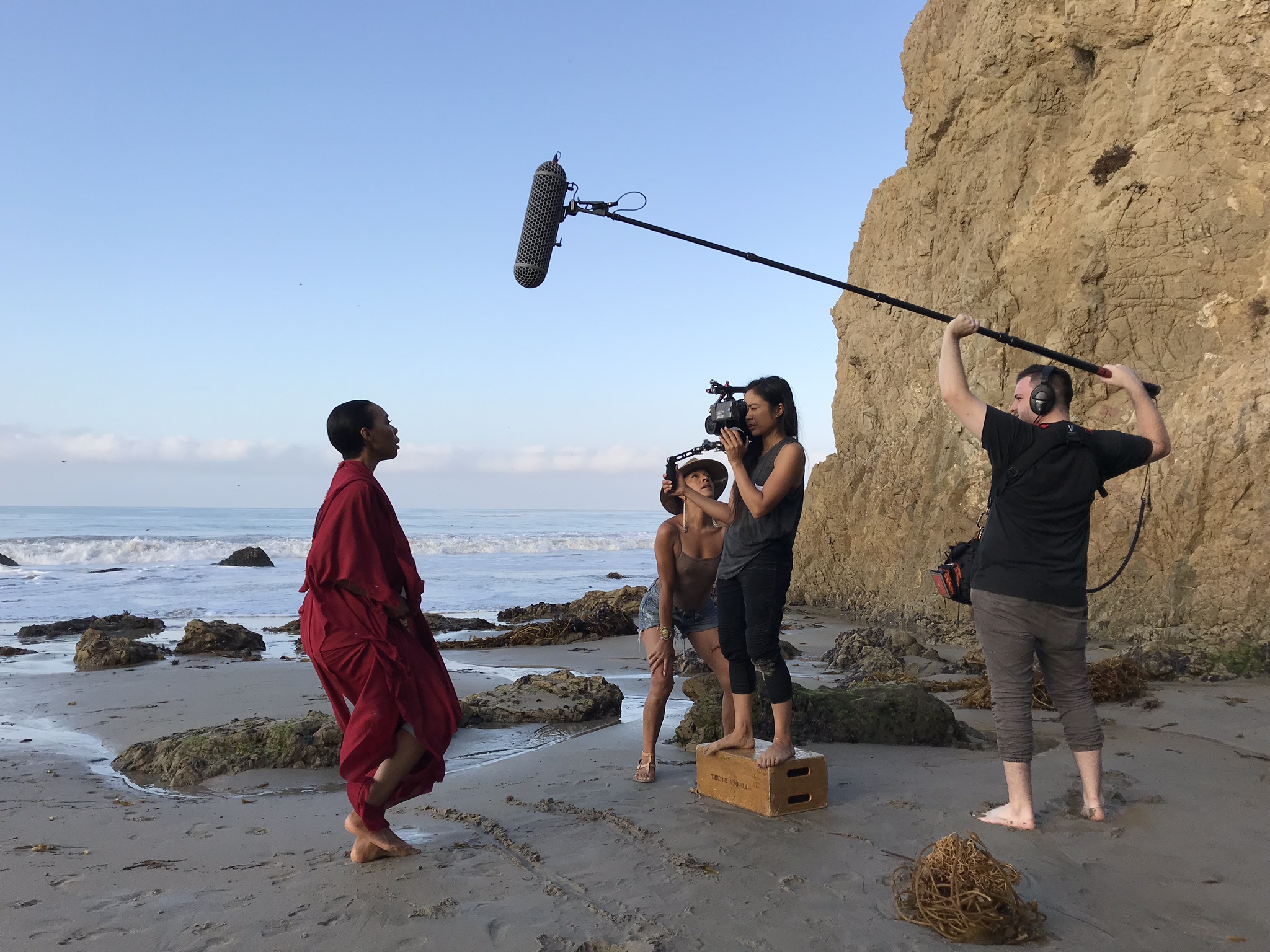 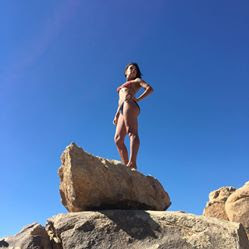 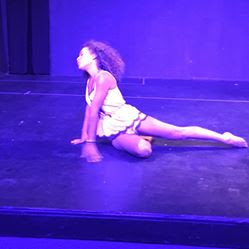 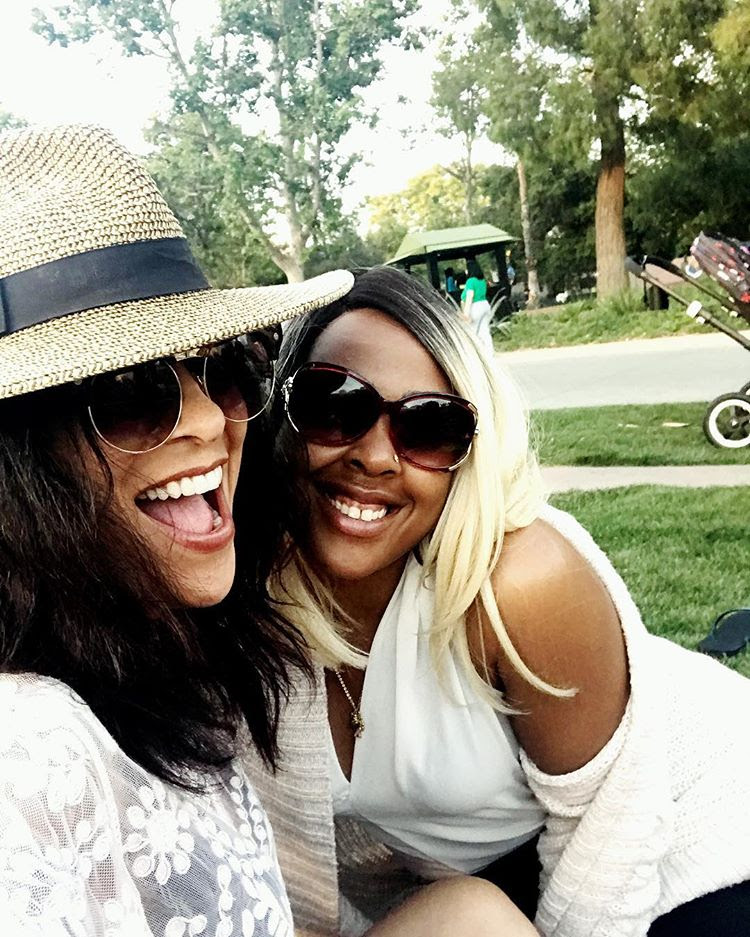 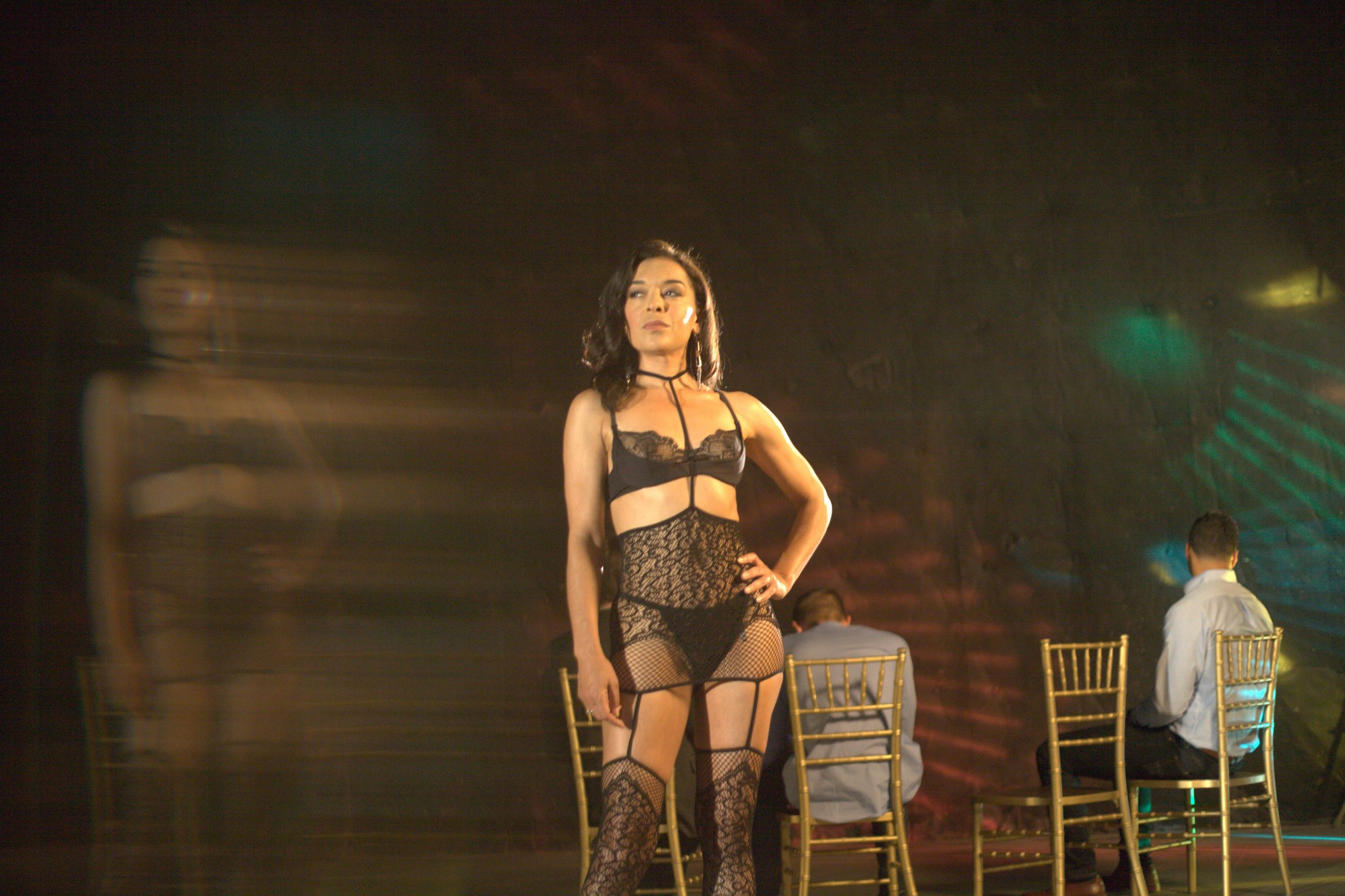 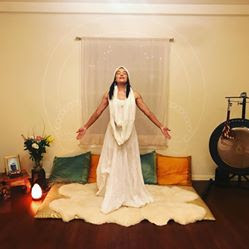