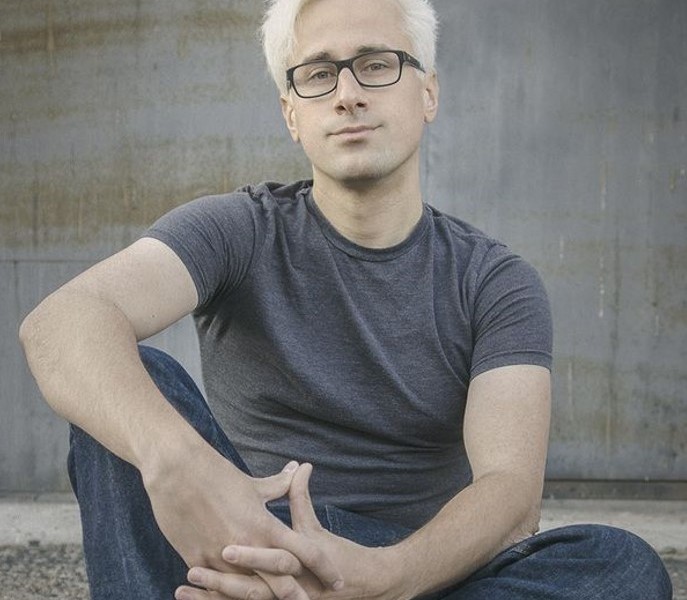 Today we’d like to introduce you to Dima Otvertchenko.

Dima, please share your story with us. How did you get to where you are today?
I studied film production in college and took up photography as a hobby once I moved to LA. I started photographing friends and playing with concepts – discovered I really enjoyed it and I’ve been doing it ever since.

Has it been a smooth road?
I’ve taken a bit of a hiatus from photos when I went to get a Masters degree in film at USC, but I started right back up after graduation. Photography’s never stopped being a pleasure, so I can’t really think back to any struggles. =)

What moment in your career do you look back most fondly on?
I don’t know if I’d say “proud”, but it’s definitely special when I get a chance to shoot someone I’m already a fan of. I did this one shoot with Debra Wilson and she used some of the photos as her FB profile pics. Seeing half the cast of MAD TV leaving “Wow!” comments was an absolute trip. The 12-year-old in me was jumping for joy. It’s a fantastic feeling when you impress someone you look up to.

Were there moments when you had to struggle?
I think working freelance is always a struggle. There’s this freedom to set your own schedule and fit different interesting things in, but it comes at the cost of that perpetual worry of “Am I doing enough to advance my career?” and “Shouldn’t I be e-mailing/hustling for the next job right now?” And you can do plenty of that, but it’s knowing you can always do more that guilts you at night.

Is there something we can do as a city to improve the outlook for professionals like you?
I think LA is great to shoot in. The best thing about it is also the worst – that you’re surrounded by so much talent, which is amazing for learning and collaborating, but it also makes it that much harder to stand out. I imagine if one was to start out in a small town, they could fairly quickly rise up to be one of the top photographers in the area. In LA, you can’t really dream that: you just have to do your thing and see how far it takes you.

The other downside is camera fatigue: between film and photography, there’s so much shooting in Los Angeles that it’s mundane. When I film on the street in LA and a cop car rolls by, they ask to see the permit. When I film on the street in upstate New York, those same cops ask if they can make a cameo in my movie. “We could cruise past your actors, we can even turn on the sirens if you want!” Haha. It’s great to shoot far from the big city now and then – folks remind you of that magic and allure that got you into shooting in the first place.

The “big fish/small pond” dilemma is something everyone decides for themselves, so I would recommend starting wherever they’d feel excited. I’ve had no regrets starting out here – yes, the talent that surrounds you sets a high bar, but that keeps you from settling for anything less than your best and makes you grow as an artist.