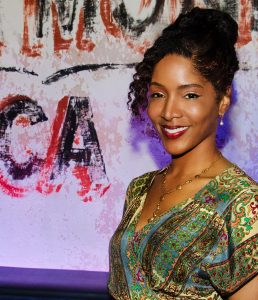 Today we’d like to introduce you to Noree Victoria.

Hi Noree, so excited to have you on the platform. So before we get into questions about your work-life, maybe you can bring our readers up to speed on your story and how you got to where you are today?
Our world is so full of offerings that the phrase “jack of all trades, master of none” is almost disrespectful to the human experience. If you are born curious, intensely curious – and I feel I was – wanting to know everything about everything and do it all; the only caveat of being a jack of all trades, is existing in these skin suits and not having infinite time.

I’m an actor, filmmaker, humanitarian, and writer. I’m the first Black woman vice-chair of NewFilmmakers Los Angeles (NFMLA), a 501(c)(3) nonprofit organization for emerging and professional filmmakers. I assist with coordinating alumni relations and activities for the British American Drama Academy. I’m a healthy lifestyle advocate. I recently wrapped a film role that lit me up, mentally and physically. In this pandemic, everything in film production needs to happen as safely and efficiently as possible. I believe I was in 92 back-to-back scenes.

Last year, I wrote a script based on my home city of Baltimore. It’s just been optioned. To say the least, life is a whirlwind. It always has been. I find beauty in that. So, let’s start from the beginning…

My passions were always archeology, anthropology, science, writing, literature and art. Classrooms were somewhat of an escape for me. That said, in 8th grade, I was expelled from my school system for defending myself against a bully who attacked me on my school bus. I was separated from my friends and sent to night school.

During my night school “bid”, I got to class at 4PM while all my peers were coming home, and I ended up with a teacher who was also a community college professor. Despite my spirits being pretty dim, he pushed me to tackle college-level content. When I was allowed back into the public education system, I’d already been taught the entire high school curriculum, minus one class. I petitioned the school board to allow me to apply for early admission to college and was granted my “release” in the 11th grade. I went on to major in Biology and Creative writing, with a minor in African Studies. I adored college. It was the adventure of a lifetime. Three days after graduation, I inherited a 9th grade biology class in Baltimore City – the same system that had expelled me. I taught for a year, bonding with students who weren’t very much different, or younger, than me. Then I returned to uni to earn a master’s degree in Applied Information Technology. I graduated with a 4.0 GPA within 2 years. I helped build the technical infrastructure for a global corporation’s automated financial reporting system. I also felt the creative flowers inside of me wilting… I was a shell of myself, to be blunt.

I wanted to write. I wanted to see the world beyond my cubicle walls. I wanted to help heal hearts and tell untold stories. So, I answered an email in my spam folder – a casting call for an independent film. I was beyond nervous in the audition. I’d never pictured myself in front of a vast audience. I’d always pictured myself writing for them. And with no experience on camera, I booked the lead role. I became smitten by the magic of communicating through performance and let curiosity guide my journey from there.

I took every acting class and read every book I could. I entered an acting competition in Florida and won a partial scholarship to study at the New York Conservatory for the Dramatic Arts. I completed the summer program in New York, living in Brooklyn and taking the trains to Manhattan every day for study. The flowers I once felt wilting started to chin up. I kept acting, kept learning, and kept speaking up for under-served communities whose stories are just remixes of my own. I started producing short films and music videos alongside acting. I worked in the Philippines. I auditioned for the British American Drama Academy in Oxford, England, was accepted, and had a life-changing summer overseas. Last year, I graduated from a specialized screenwriting program. And earlier this year, I completed an accelerated online film program at New York Film Academy.

All of it, I blame/credit to curiosity. My favorite humans accuse me of “never sitting still”. That’s not entirely true. In all of this, I feel so still inside. There’s something settling about knowing you are in alignment. A great deal of peace comes with that. A deeper love and appreciation of everything that happens in life comes with that. Even when there are lists of things to do until sunrise, you exist at peace. I have to say that the presence of my family, friends and favorite humans make this sojourn buttery. It’s much easier to believe… no… to know, that everything will be ok when your heart and curiosities are supported. I’ve been fortunate enough to lead films and television shows. I’ve voiced foreign films and series for Netflix International. I’ve worked with Ryan Murphy, Sterling K. Brown, Sarah Paulson, Elizabeth Rohm, DeMane Davis, Morgan Fairchild, Kofi Siriboe, Ronnie Warner, Bill Duke and so many beautiful others. The roles and opportunities are simply rewards for moving in alignment.

The East Coast raised me and made me who I am, but the West Coast has been my paradise. And, I adore that this publication is called “Voyage” because that’s precisely what life should be until the very end.

We all face challenges, but looking back would you describe it as a relatively smooth road?
Yellow bricks, yes. Smooth? Absolutely not. We all stumble along the way. We encounter personal and professional obstacles. I certainly have. We’re constantly recalibrating, getting our bearings, learning who we are with time – especially in this industry. I still cherish privacy in such public-facing work, for myself and for those closest to me. And then, look at everything that has collectively unfolded over the past couple of years. It’s impossible to ignore that. You can’t be human, much less a human artist, and ignore that. We have to lean into this time, and for some, that can be painful. I actually think it’s cathartic to embrace the authentic timelines of people all over the globe. And with that, I’m also in love with the unknown.

To choose this path, you have to decide to be the one that defies the odds. We make a life out of doing so. If a person doesn’t believe their own odds, a more secure route might be ideal. But what is security? I am a woman. I am Black. I am from Baltimore. I did not inherit a ton of wealth. But I am scrappy and my dad instilled in me that I only had to follow the rules if the rules were fair. That gives me a tremendous sense of self-actualization to this day. It has also meant making space for myself and the people I love in a world that isn’t inherently fair. It’s working out. I’m still here, leaving every door I enter ajar for the next.

Thanks – so what else should our readers know about your work and what you’re currently focused on?
Look out for the BET+ release of “A Christmas Wish” in November, the release of the psychological thriller, “Unfinished”, and monthly film festival programming from NFMLA. I’m also in pre-production on two projects – one as an actor, the other as a director. And really, really just enjoying the process of taking notes on my optioned scriptwork and redrafting.

In all of this, it’s important to me that love, connection, physical & mental health, and authenticity hold the work.

Do you have any memories from childhood that you can share with us?
I was always on some self-propelled adventure. Even if we were just “down by the creek”, I’d offer my friends our backstory for the day… digging for treasure while escaping evil poachers… things like that. But my favorite specific memory has to be when my dad picked me up from kindergarten one day. He opened the back door and a pit bull puppy came leaping out of the car. My first dog – her name was Miss Piggy. I squealed and ran in circles trying to catch her. My dad was laughing so hard. The other kids were squealing. It was chaotic, full of joy. I remember my heart feeling like it might burst out of my chest! 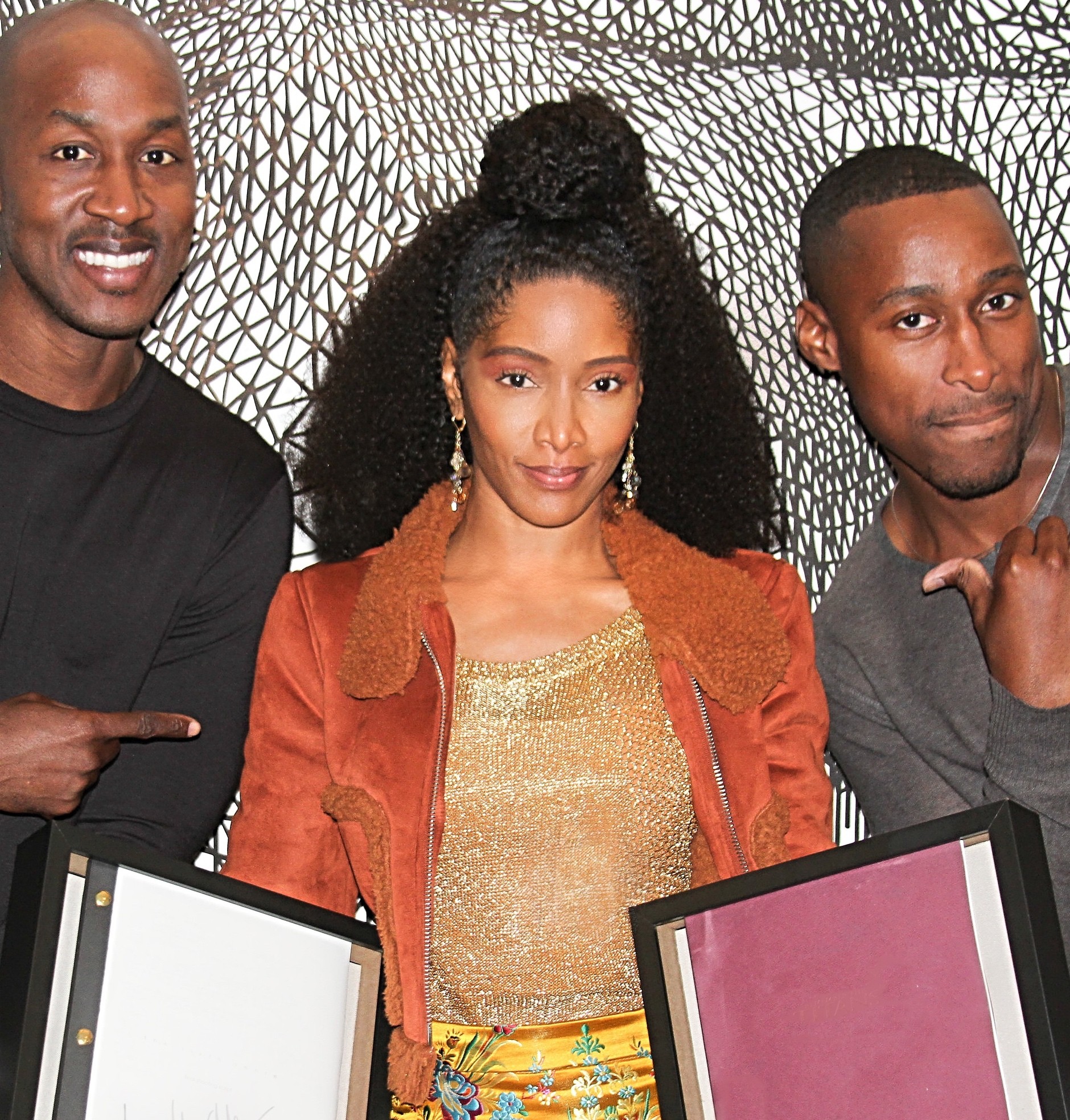 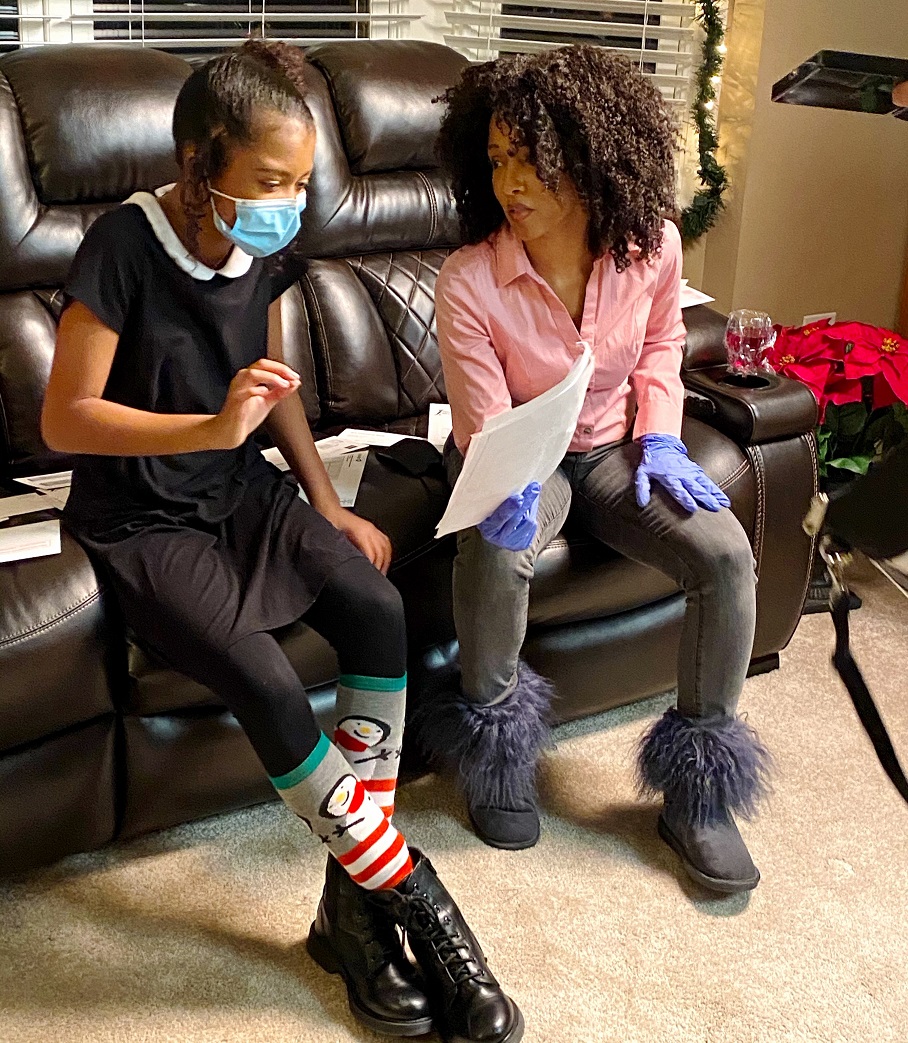 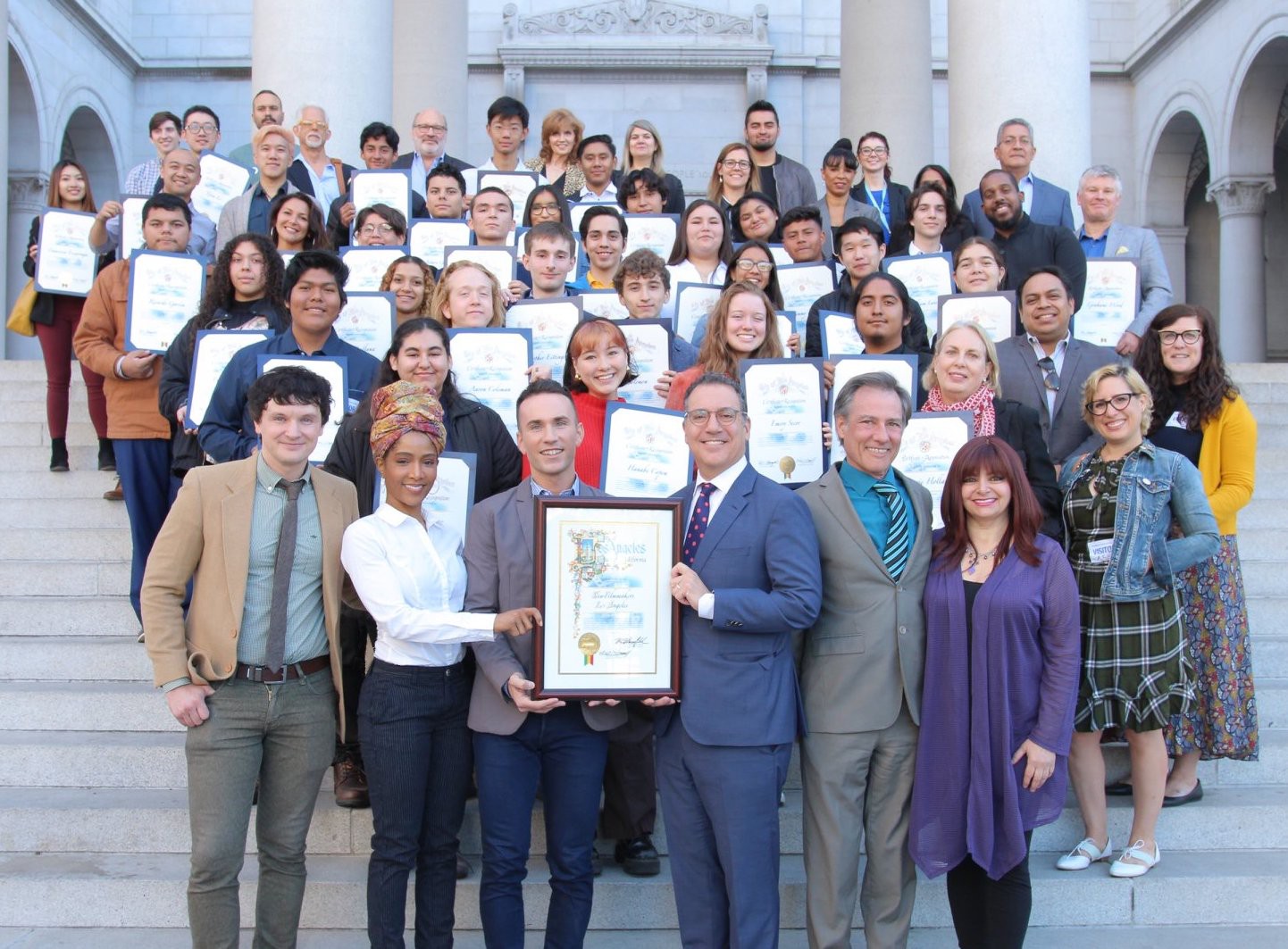 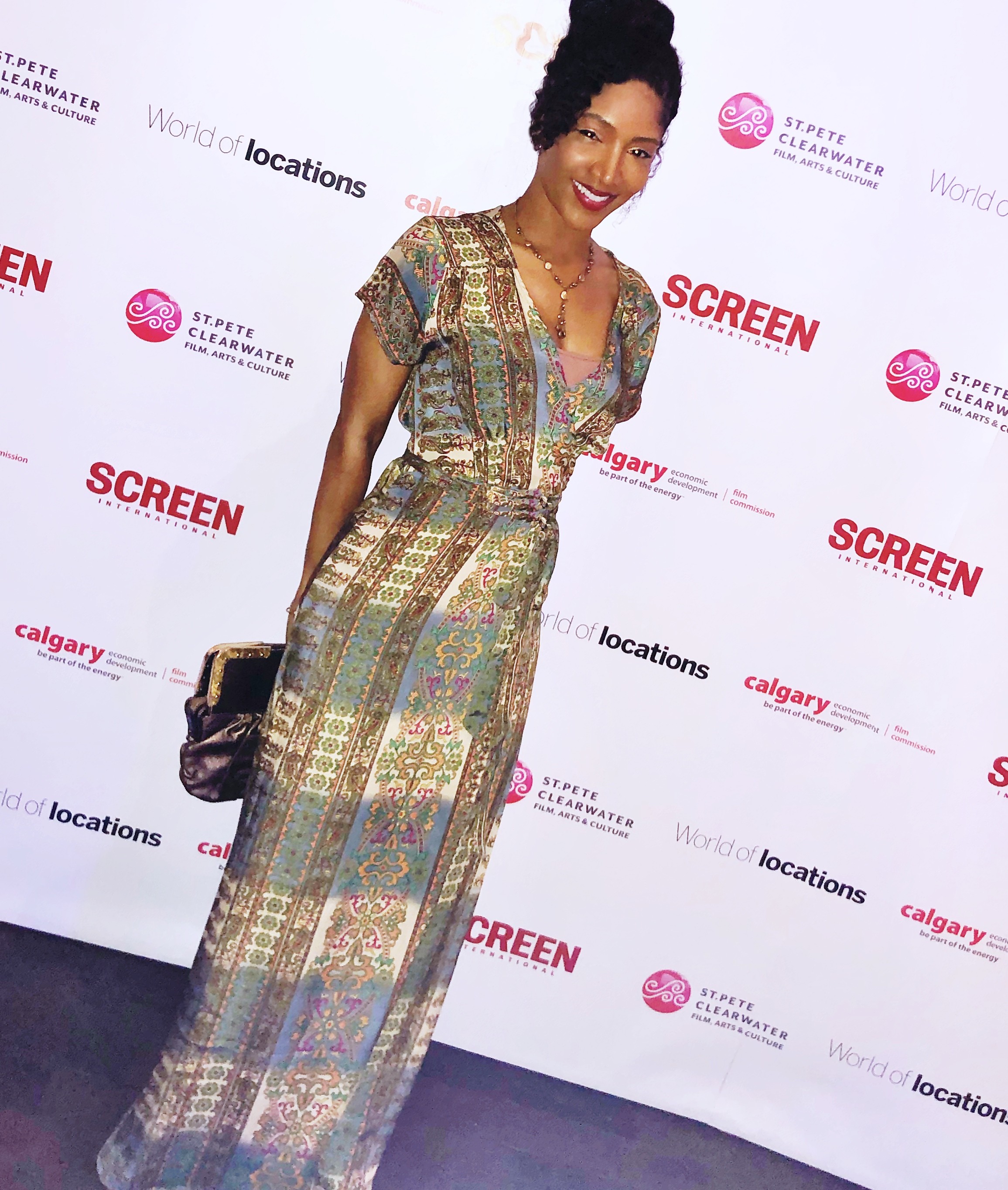 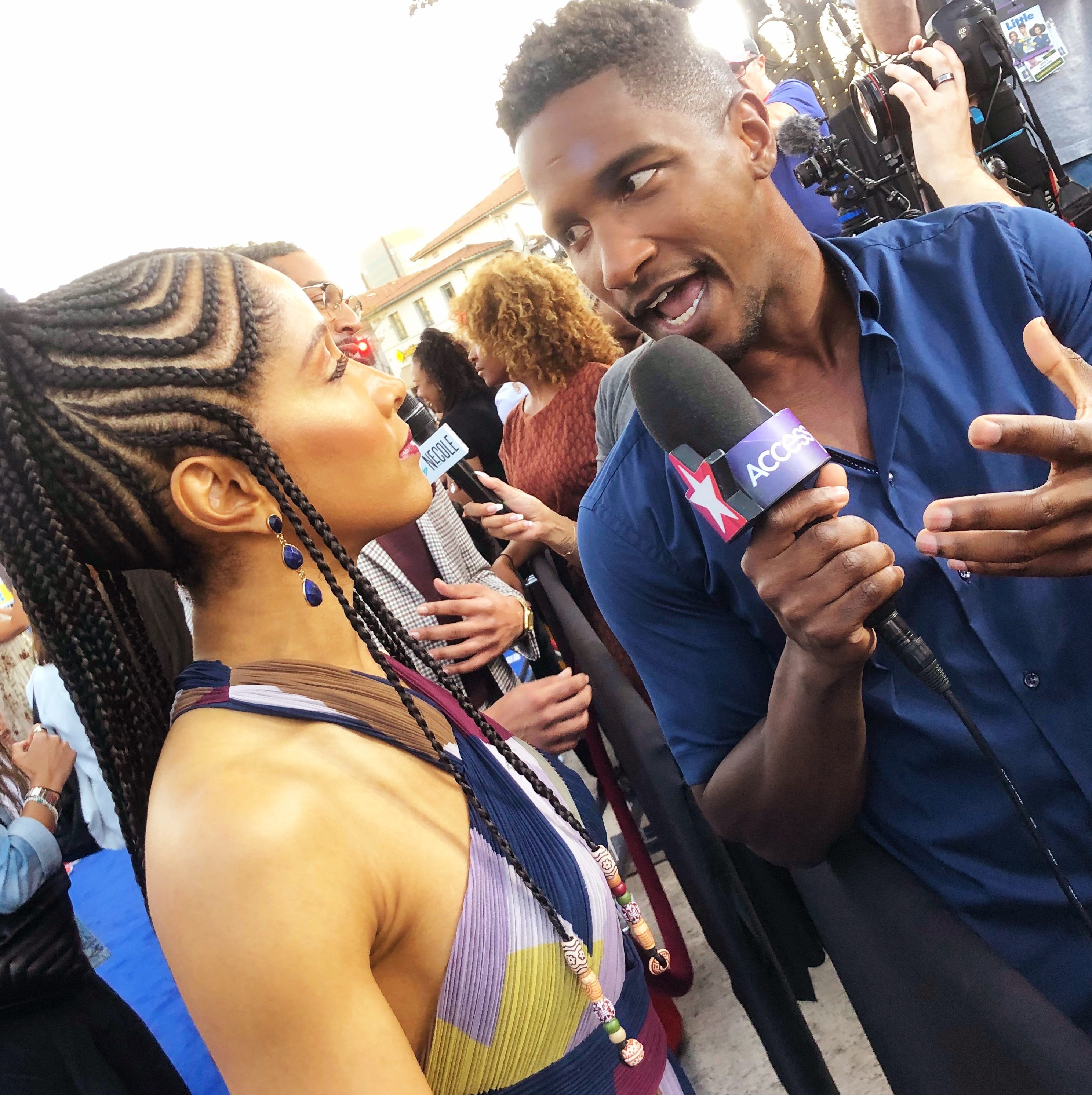 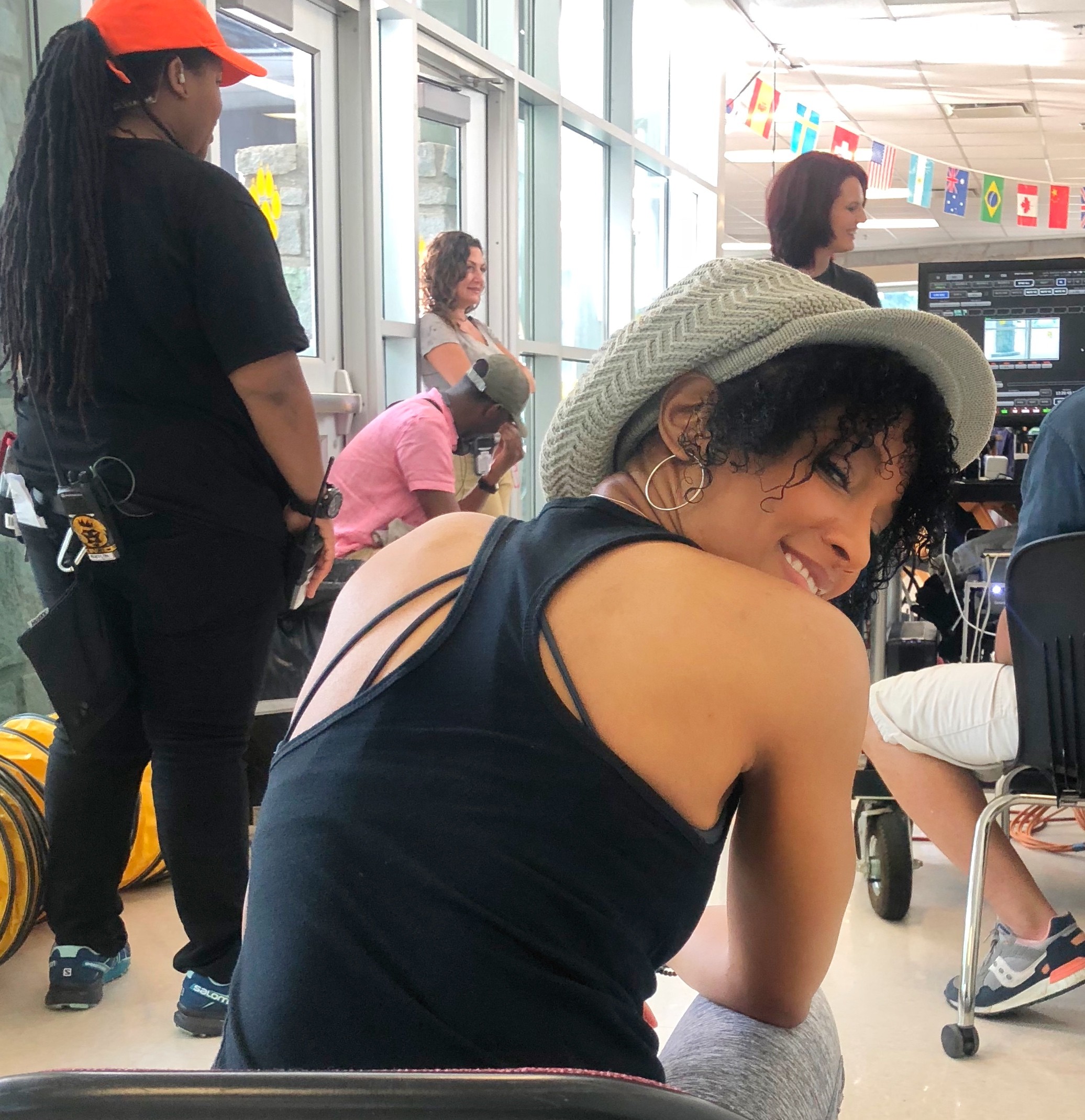 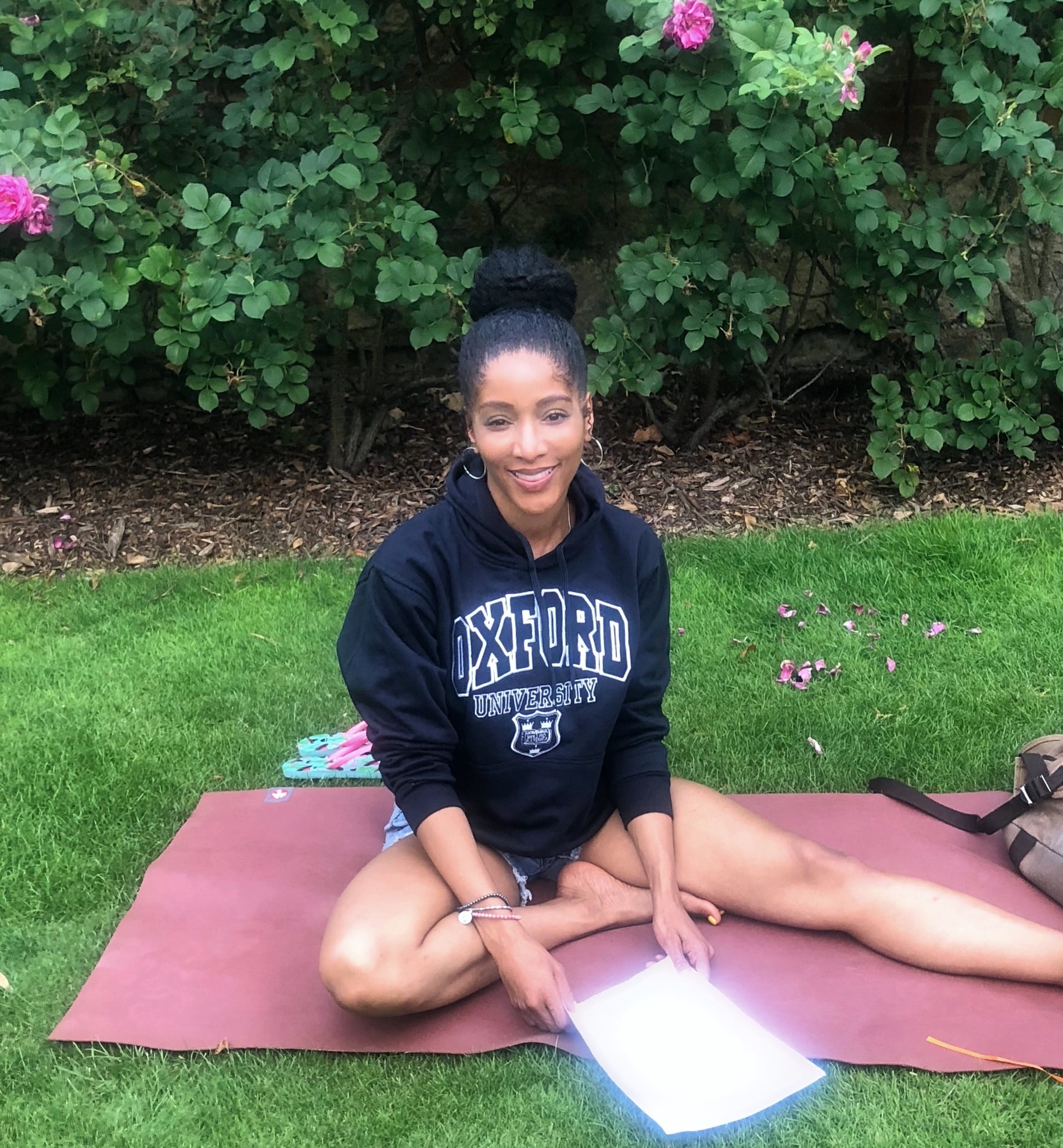 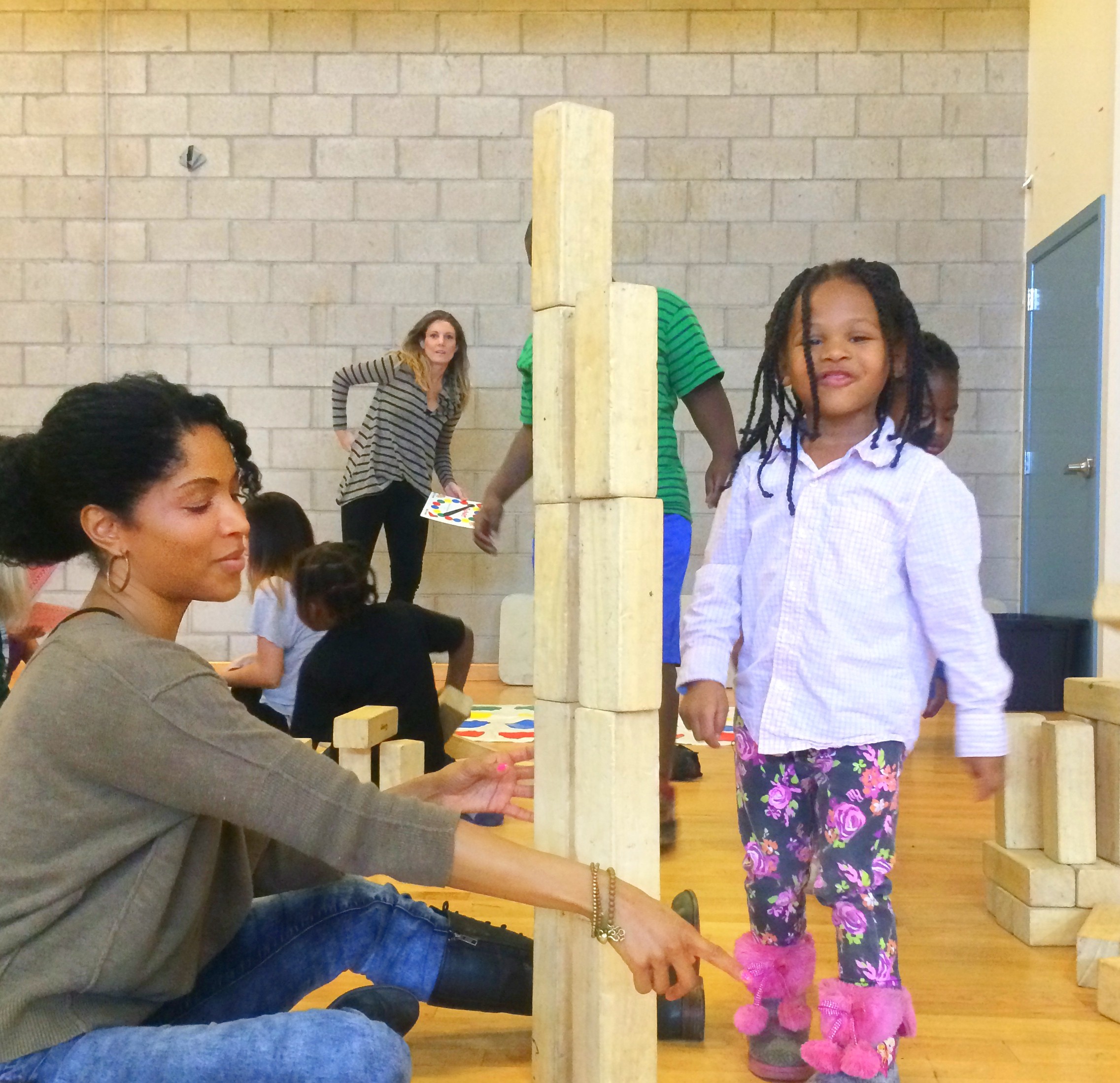