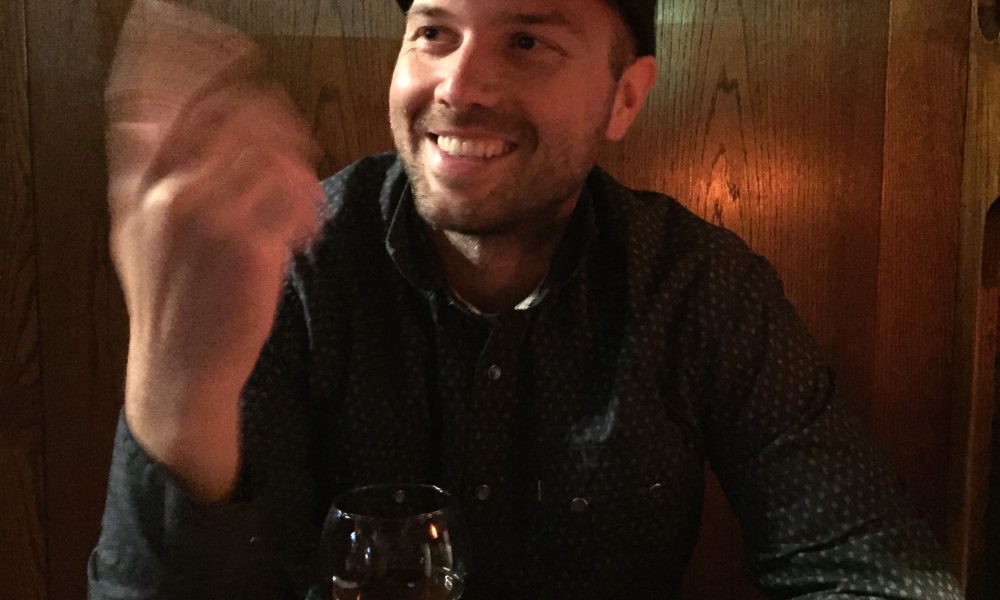 Today we’d like to introduce you to Nathan Aylor.

Nathan, please share your story with us. How did you get to where you are today?
Prior to publishing my first novel and copywriting, I worked in Film and Television as a Boom Mic Operator… you know, the guy holding the big fuzzy microphone over actors. I began working in Production here in LA, working on commercials and music videos, before moving to Portland, Oregon where I worked on TV shows such as “GRIMM” and “LEVERAGE” and movies such as “WILD” and “THE GIVER”.

On set, whenever there was downtime, I used that time to write down ideas, coming up with little clever lines—or lines that I thought were clever, at least. I don’t come from a traditional creative/advertising background by any stretch. My first writing gig ever was a tiny punk rock zine, and the gig that led me to pursue more creative writing was when I did art gallery reviews for another small publication out of Astoria, Oregon. My editor’s main note was that my writing felt more like storytelling than your standard review fare. That lead me to shift my writing to what came more naturally—telling a story. So, years later, as my novel, “ARMED & DELICIOUS” was about to be published I realized that good advertising; advertising done well and cleverly enough to get a reaction out of someone that perhaps even they wouldn’t expect runs pretty parallel with what defines a good narrative.

When I moved back to LA last year, I began pursuing freelance work with fashion lines such as WILL Leather Goods and Lennon + Wolfe and began branching out into the digital space.

Has it been a smooth road?
The typical path of many in the advertising space is to go to college, get your degree and then go directly into an internship or to a portfolio school. This has not been my trajectory by any means. Personally, I found it difficult enough to break into the Film industry without any connections or family in “The Biz”, so the idea of shifting my career into becoming an advertising creative was daunting, to say the least. But the truth of it is, everyone has a path (sounds cliche, I know) but if you keep what you love in the back of your mind while you’re trucking through life, you’re likely to end up where you want to go. That’s how I see it for myself, at any rate.

Is there some part of you work that is particularly difficult?
I would say that one of the most challenging parts (in a positive way) of creative/copywriting is keeping a fresh perspective on long-standing projects. For some, it’s easy to get into a safe routine or follow what others are doing. Personally, I feel that taking the safe road is counterintuitive to our nature as creatives. You simply must keep your mind and eyes open, and remain willing to take in inspiration from literally anywhere. When I manage to keep myself open in that way generating new ideas comes much easier.

How do you define success?
There’s a quote by John Steinbeck, author of Grapes of Wrath, which I really love, and it says, “I beat poverty for a good many years and I’ll be damned if I’ll go down at the first little whiff of success.”

I don’t necessarily think that each is absolutely right or wrong, but I think there is a practical way to experience both with a thoughtful balance. So, maintaining some space in between the two is ideal for me, personally.

What are your plans for the future?
Maintaining a great relationship with my current clients as well as accepting work from new and exciting brands. Also, when there is time, completing my second novel.

All and all, I enjoy telling a good story, regardless of the medium.