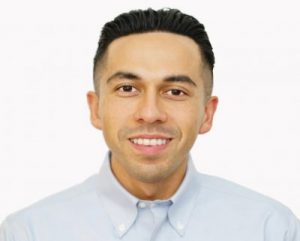 Today we’d like to introduce you to Noel Velasco.

Noel, let’s start with your story. We’d love to hear how you got started and how the journey has been so far.
After obtaining some success post-college, I sought an opportunity to give back to someone like myself – low income and high achieving student. I found a program called The Partnership Scholars Program (“PSP”) in Inglewood, CA.

In summary, it is a 6-year commitment to a student for six years. During the six years, the mentor is asked to take their mentee on a monthly trip to a cultural, fun, or academic destination and simultaneously assist with building their college profile with the end goal of admission to a top-tier college/university with significant financial aid. To this day, I’m still taken back by the big ask, but I went for it. I was paired with Giovanni Pantoja at the end of his 7th grade.

It was only less than two years prior that his single mother (dad passed away in a traffic accident when he was a baby) decided to leave Mexico, abandon her career as a nurse, and start from scratch to give her son a chance for more in the states. In those two years, he was able to not only become proficient in English and other subjects but actually started to surpass his peers on an academic level and caught his teachers’ attention.

At the same time I applied to PSP, he was nominated, and through the handful of answers to a questionnaire, we were paired. Every single trip we went on is documented on my blog: http://mypartnershipscholars.blogspot.com. Half-way through the commitment, there was a desire to do more.

Since Giovanni had an interest in medicine/becoming a doctor having been inspired by his mom and interning at Providence Little Company of Mary, we initially thought a blood drive. The more we thought about it, we felt it was not enough especially after realizing he was already coordinating one through student government at his high school. Giovanni and I went back to the drawing board and decided we wanted to focus on Skid Row.

Through our trips, we frequently passed through Skid Row to get to the Arts District for lunch. It was always a shock to see the intense level of poverty. Originally, the plan was two servings a year, one in the summer and one in the winter. We held our first serving with support from the Union Rescue Mission (they let us use their parking lot). It was just us handing out water, sandwiches, apples (we later learned not a good choice because many homeless do not have the best teeth or teeth at all), and bananas.

As still is the case, it was hard work, but very rewarding to help others even if it was just for a moment. To our surprise, sharing our first serving kicked off a series of collaborations. We rose to the opportunity to give more having the support of like-minded groups.

Here is a list of some of them and what it entailed: Visitation Catholic School (every student drew an uplifting, positive image on a sandwich bag we later used to fill with food and distributed in Skid Row), Downtown Women’s Center (cooked a meal with the help of the center’s chef and served over 100 women), Good Shepherd Center (coordinated with our friends who own a taco truck to prepare a lunch for over 100 women and hand-out toiletry bags provided by a local gym owner to each women), Back on My Feet (coordinated a 5K with Back on My Feet and breakfast by local restaurant owner in Flower District; attracted over 50 attendees), and Lets.

Give (have helped with multiple events including an annual drive to help out migrant farmer community in Bakersfield, CA). All these collaborations, but we found the best for us were direct distributions from a corner in Skid Row. Why? We found that a lot of homeless individuals do not engage/seek support from the missions, centers, etc. for a number of reasons and it was also easier for us because we had greater control of the serving and reached a greater mix of homeless individuals.

We recently shot a few videos during one of what we can call “street servings.” Three of them are our last posts on Instagram. You can check them out here: https://www.instagram.com/alleviateskidrow/.

So Alleviate was doing well, and Giovanni was at the top of his class, student government president, interning at Providence Little Company of Mary, completed a rigorous STEM program at UC Irvine, would soon be accepted to another program called POSSE, and on the varsity basketball team. However, it was time to prepare for the next chapter – college. We worked together for months including almost 24 hours straight to submit his Common App.

At the end of the day, 23 applications were submitted — a handful of acceptances and another handful of waitlisted status. Giovanni chose Cornell. Before he left, we had donated over 100K items in a little less than three years. Giovanni left to Cornell and left Alleviate Skid Row to me. Thankfully, individuals from the running community (I enjoy running outside of mentoring and my corporate role) made it easy to do. During our monthly servings, most if not all volunteers are from the running community.

Not only do they volunteer to serve but substantially help with donation drives. A recent and notable one was our Winter Blanket Drive that resulted in over 1,000 blankets for the homeless distributed across two weekends in December. Here are the photos: http://bit.ly/Blankets2018. Runners from Good Vibes Track Club, Koreatown Run Club, Night Terrors LA, Movement Runners, We Run LA Crew, and Highland Park Runners were all key contributors.

In terms of the future, I am trying to find a balance between conducting servings and support other groups. This month I’m joining Movement Runners with their Skid Row outreach and also collecting books for Lets. Give through mid-march in benefit on the migrant farmer community.

We’re always bombarded by how great it is to pursue your passion, etc. – but we’ve spoken with enough people to know that it’s not always easy. Overall, would you say things have been easy for you?
It has not. The hardest struggles were at the beginning. It was difficult to find missions, centers, etc. to help us with a location to conduct our servings. In was not until one of these organizations canceled on us last minute, we were forced to conduct a street serving that we realized we can do it on our own. From that point, street servings became the norm.

We’d love to hear more about your business.
What do you do?
Provide essentials to the homeless individuals in Skid Row through the help of our family, friends, and business.

What do you specialize in?
Direct distribution of essentials.

What are you known for?
We’re known in Skid Row for our coffee! We’re thankful to have Starbucks is one of our donors.

What are you most proud of as a company?
The growth instilled in Giovanni.

What sets you apart from others?
Transparency. Anything donated whether it is in-kind or cash goes from Alleviate Skid Row to those that need it the most.

What were you like growing up?
I was born and raised in Inglewood, CA to two hardworking immigrant parents. I spent a lot of time on my own since my parents worked all the time. Working so much made my parents highly value their money and possessions. As a result, it was a simple upbringing but thankfully never in a financial crisis (at least that I knew of). 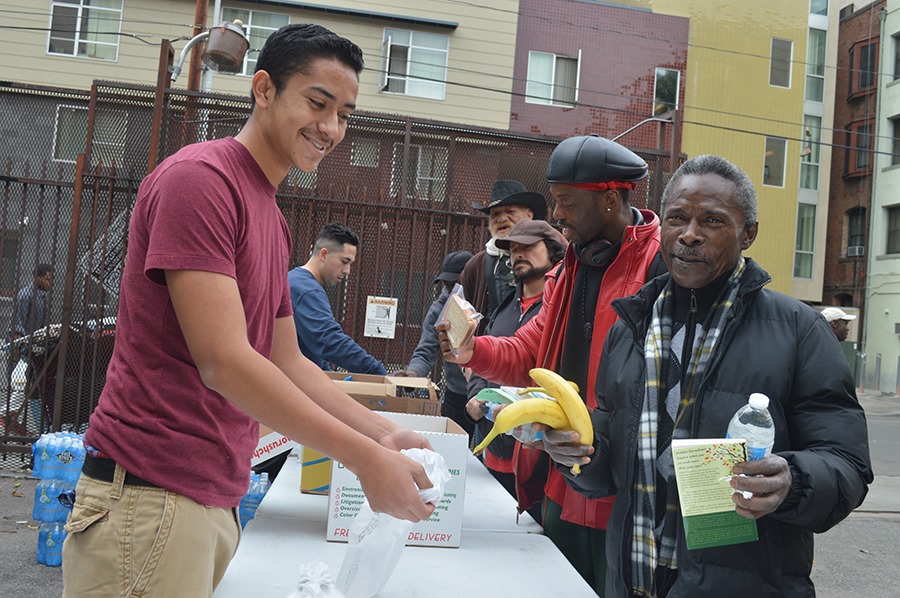 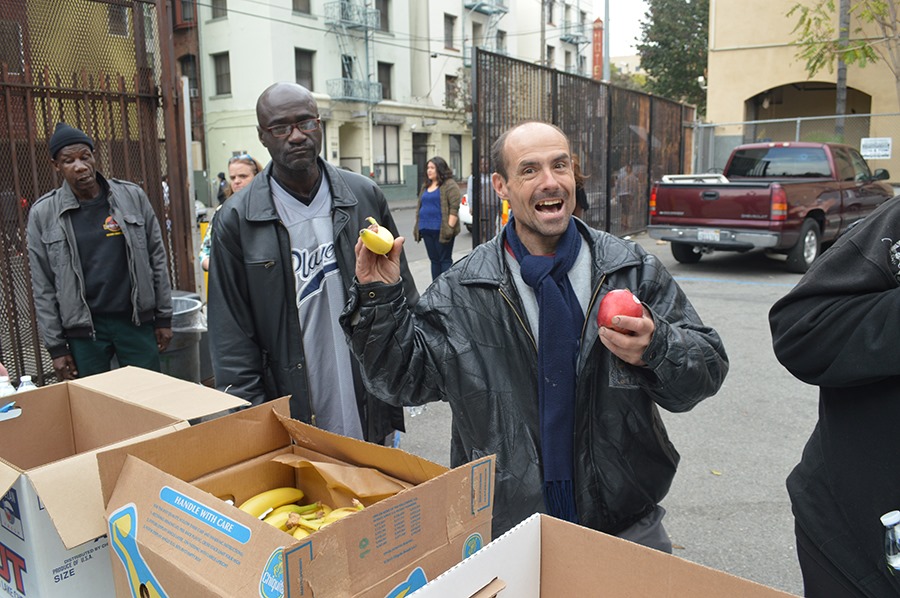 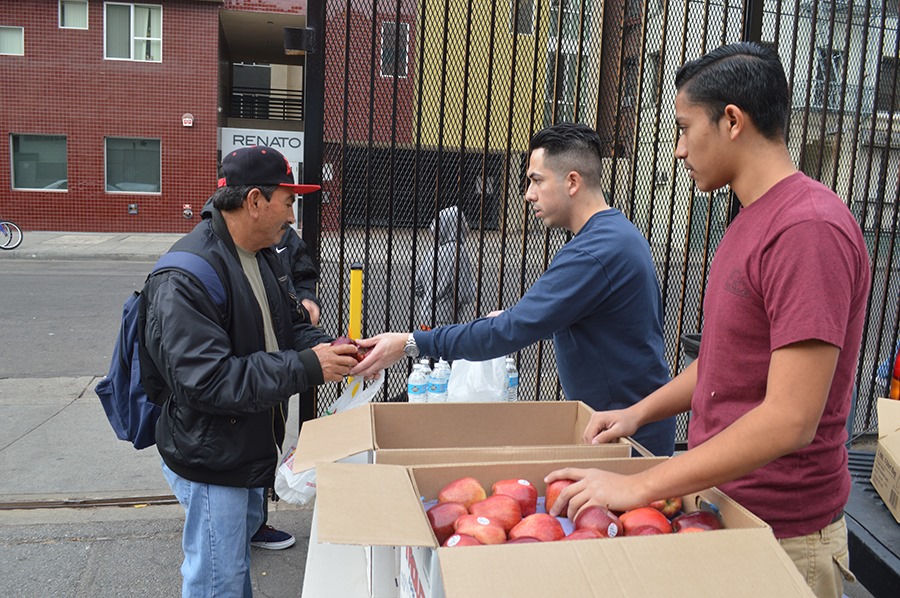 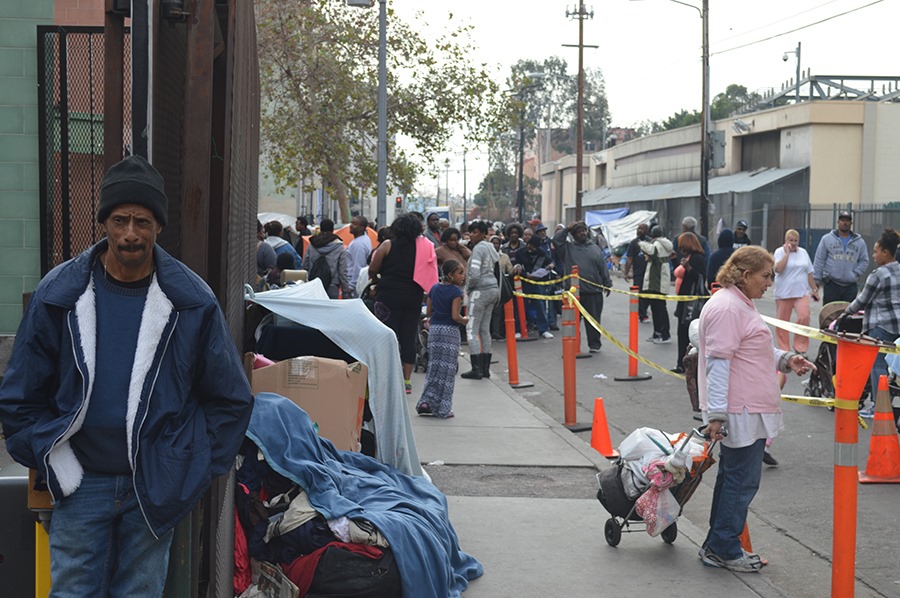